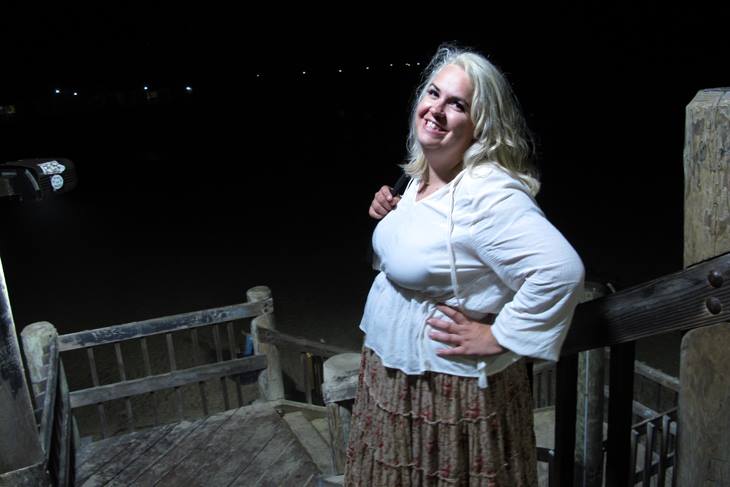 Today we’d like to introduce you to Julie Vukovich.

Julie, please share your story with us. How did you get to where you are today?
Well, my story starts with a fascination for all things makeup when I was little. My cousins and I would always practice on each other. Later on, I’d practice on friends who wanted their photos taken with some nice makeup. Then, I got a job working for Cosmetics at Macy’s. That’s where I really decided it was something I wanted to pursue, and where I learned skills, tips, and tricks from all the other girls there. It’s also where I started getting requests to do makeup outside of work. I was asked to do makeup for some test photo shoots, and after that kept working with some of the same photographers who allowed me to really take the reins as far as creativity goes. I started playing around with some crazier looks like painting masquerade masks on my models, and geisha makeup, and it just grew from there. I decided I loved doing these crazy looks because it allowed me to channel my creativity somewhere and allowed me to experiment with looks to see what would look really cool on camera. Now I like to practice both beauty and avant garde looks and have since gone to makeup school at Ruby Makeup academy to further some skills. But I think I will always have an affinity for the avant garde or “out there” looks, and may even try to get into special effects.

Has it been a smooth road?
There are particular challenges that come with creative professions, more than any other I think. When you are an artist, one of those particular challenges is finding work. You end up doing a lot of unpaid work to make connections and gain a portfolio. You have to really work at making those connections and hustle to get jobs. And you’re competing with a lot of other makeup artists out there. And of course having a day job while you’re trying to find work in doing what you love is difficult as well, because you have to find a job that will let you take time off to do your “other job” and that can be tricky. But you have to support yourself somehow until you work your way up to a point where you can survive on just doing what you love to do. And I haven’t gotten to that point yet, but I know I will someday.

So, what should we be on the lookout for, what’s next in store for you?
Well, I’m hoping to get even more involved in the entertainment industry. I also would love to create some big fun, wild photoshoots that will create amazing pictures and submit them to magazines.

Let’s dig a little deeper into your story. What was the hardest time you’ve had?
Well these past couple years, and particularly the last year, have been hard for me. I fell into some financial difficulty and had to take several day jobs that didn’t really allow time to pursue my passions. The work for makeup was slow, especially still trying to build up my contacts. I couldn’t make up for my deficit with the small amount of beauty jobs I was getting so I just had to do what I had to do. But nothing lasts forever, and cycles of bad always come around eventually. I just kept on and did little projects here and there when I could for friends just to keep in practice. And now I’m in a place where I have a bit more time and resources so I’m trying to create my own photoshoots and make contacts.

What about “Wow-moments” – any moments that stick out? Any moments when you felt like you had made it?
There was a point a few years back when I started getting makeup requests out of nowhere from friends who I had no idea even knew that I was a makeup artist. I was asked to work on web series, short films, and other various projects. It felt pretty cool to be in a circle like that and be a little in demand. People were actually passing the word on that I did a good job.