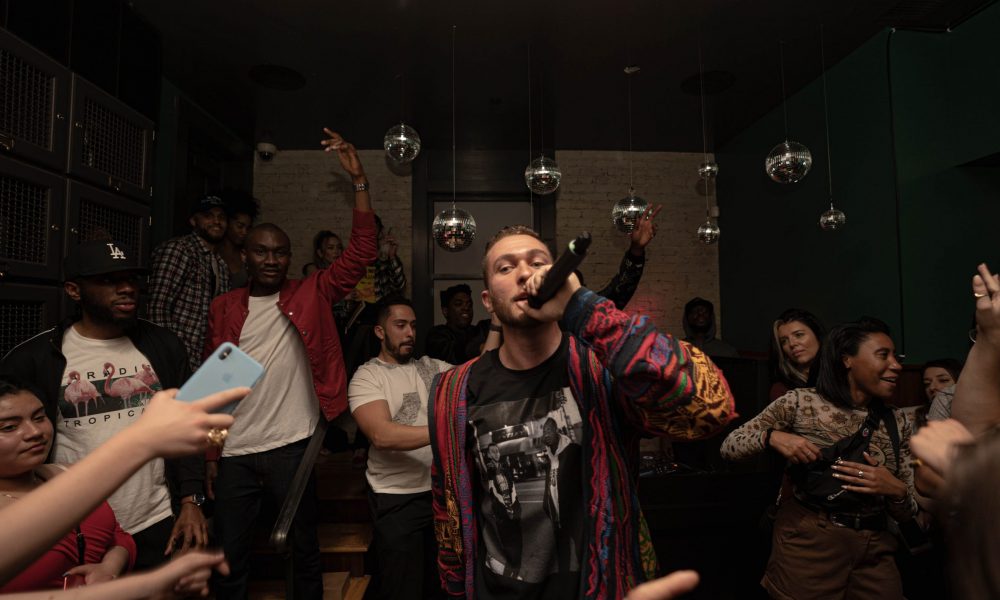 SHERIF, can you briefly walk us through your story – how you started and how you got to where you are today.
I started off writing short stories and poetry in my early years before I started making music. I was mainly interested in science fiction, horror and romance. Originally I had planned on becoming a novelist. I had a family friend that was really into hip-hop put me on to stuff like Biggie, Mase, Puffy, Tupac, etc. The first music I made was mixtapes on cassette tapes remixing popular songs with instrumentals I ripped off of LifeWire. One of the first songs I ever wrote was a remix to Welcome to Atlanta by Jermaine Dupri called Welcome to Egypt. I did a collaboration tape with my friend S.kay who’s real name is also Sharif. We never released it. From there, I graduated to recording and mixing myself on MixCraft and then GarageBand. In 2013, my roommate sent a couple of my songs to his cousin Price who rapped and he ended up bringing me to my first-ever recording studio to do a feature for him. Hearing my voice properly mixed for the first time allowed me to see the possibilities of what I really could accomplish with music, and that’s when I started taking it more seriously. I was playing shows and self-releasing my own projects when I linked up with DJ/Producer alexNOIZE outside of a bar in DC in 2017. We quickly decided to join forces, making music and playing shows together until we finally decided to move to Los Angeles in summer of 2018 to give music a proper shot. Shortly after relocating to LA, I linked up with producer/singer/songwriter The Vujà Dé. We started collaborating heavily together, evolving my sound to utilize more singing and melody, and taking on influences like Frank Ocean, The Weeknd and Prince. In February of this year, alexNOIZE and I released our debut collaborative album The AfterParty, and that’s where I’m currently at now.

Great, so let’s dig a little deeper into the story – has it been an easy path overall and if not, what were the challenges you’ve had to overcome?
It definitely hasn’t been a smooth road. One thing any creative can attest to, or any entrepreneur for that matter, is the amount of failure necessary to achieve success. I have failed thousands of times and I think that’s what makes you great. You have to be fearless of rejection, and build an otherworldly confidence in yourself in order to withstand the ridicule and criticism that comes with being an artist. Some of the struggles I have faced include fallouts with team members, whether over creative differences, business matters, or clashes of the ego. Relocating was challenge in itself, having to build your network back up from scratch and adapt to a new creative environment. Also as an artist, your first instinct is always to create, and you find the most joy in being in the studio, but you have to discipline yourself and understand that the music is only 20 percent of the battle and your job is vast, multifaceted and never-ending. Finding your sound may be the biggest challenge of them all, and not only finding your artistry from a sonic perspective but also being able to bring it to life visually through branding, marketing and realizing your overall vision of who you are.

Can you give our readers some background on your music?
I’m an artist, songwriter, singer and rapper. I would say I specialize in and am best known for my writing. I’m really proud of my pen game. Telling meaningful stories that communicate real human emotion is my main goal. I would say what sets me apart is the energy I give off that really resonates with people. When you come to my show, you see the complete euphoria that I feel, the ultimate freedom on that stage. You can feel the happiness and the passion inside of me and it rubs off on you. It’s infectious, and hopefully it influences you in some type of way. We are trying to spread positive energy and create moments in people’s lives.

Do you look back particularly fondly on any memories from childhood?
My favorite childhood memory is going to Joe’s Pizza in Vienna, Virginia with my fam on weekends. Playing the Ninja Turtle arcade game with my big brother and watching him play Galaga. The breadsticks were unmatched. It’s a simple one but it sticks in my head for some reason. Simpler times. It closed a few years ago. 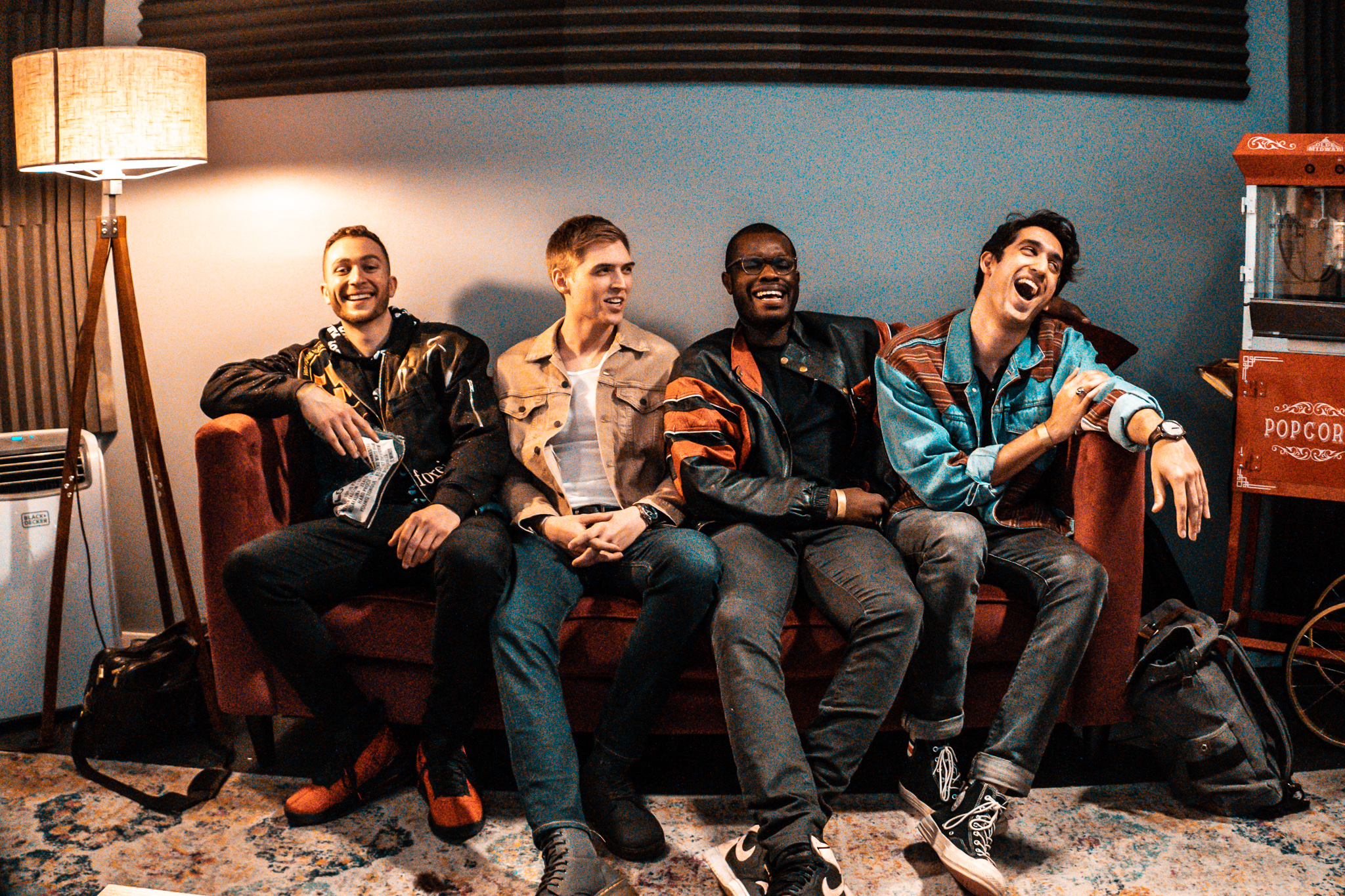 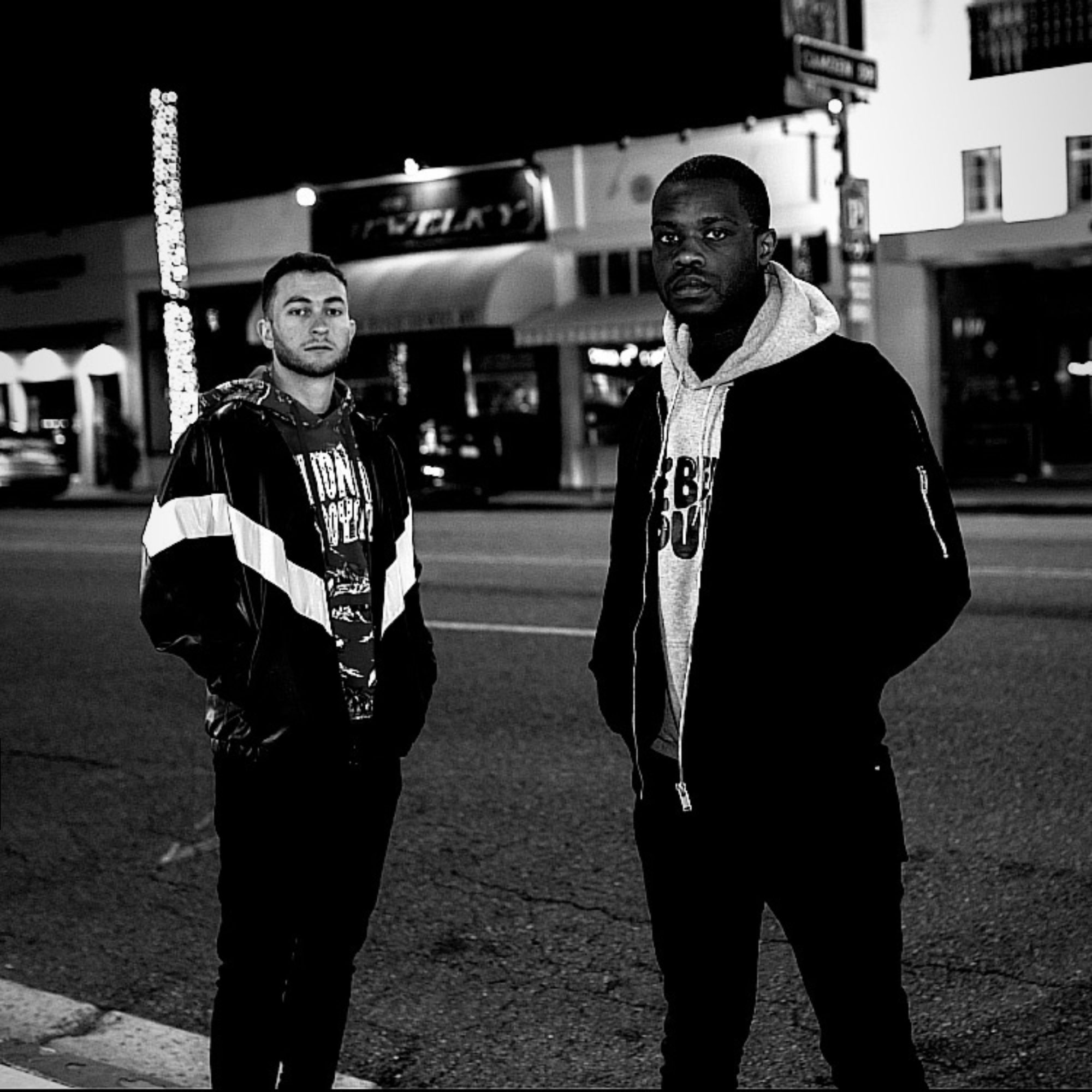 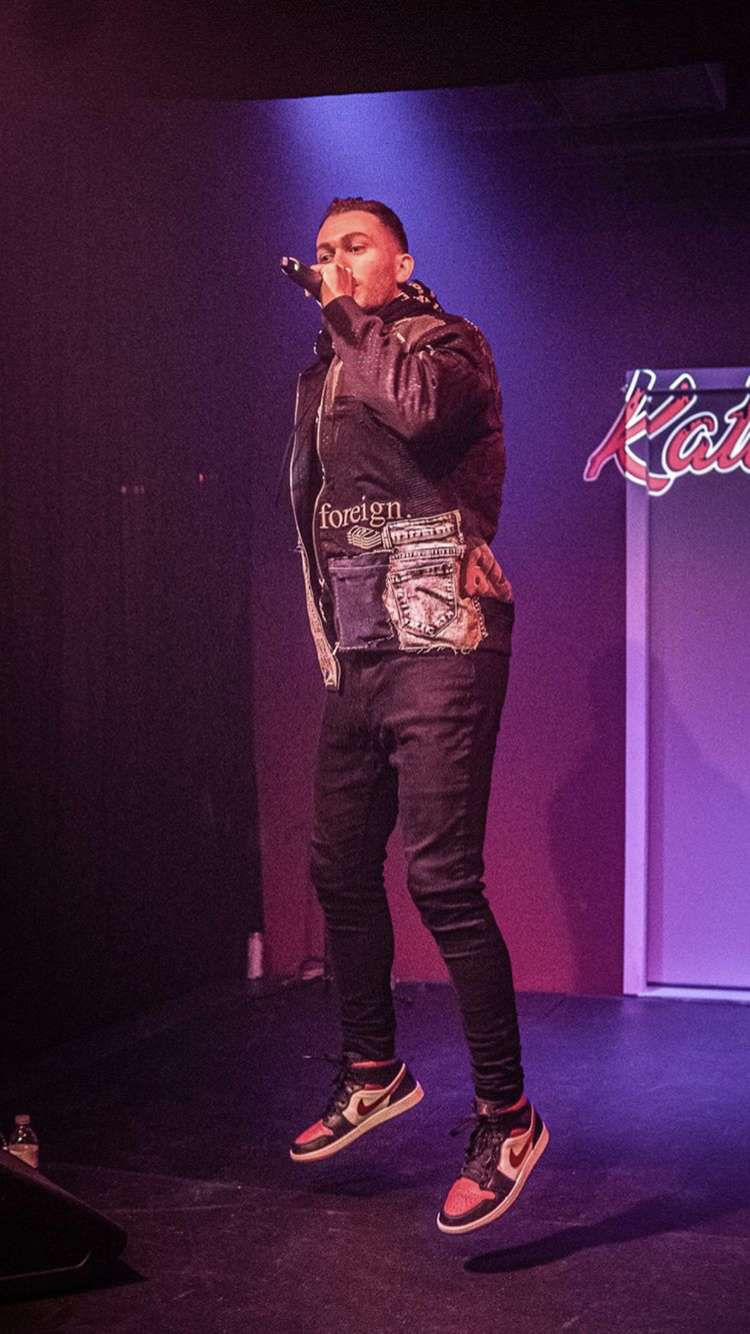 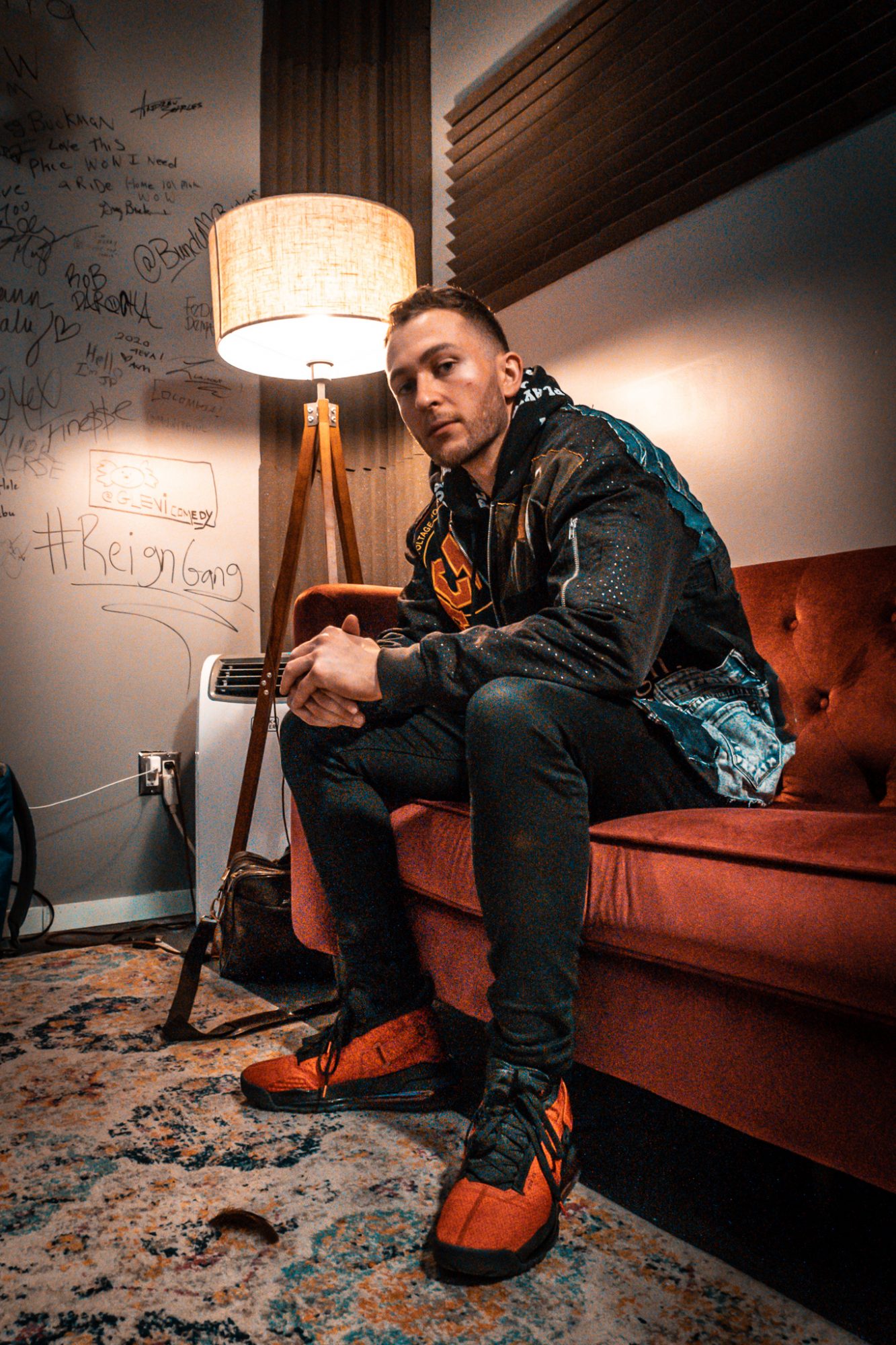 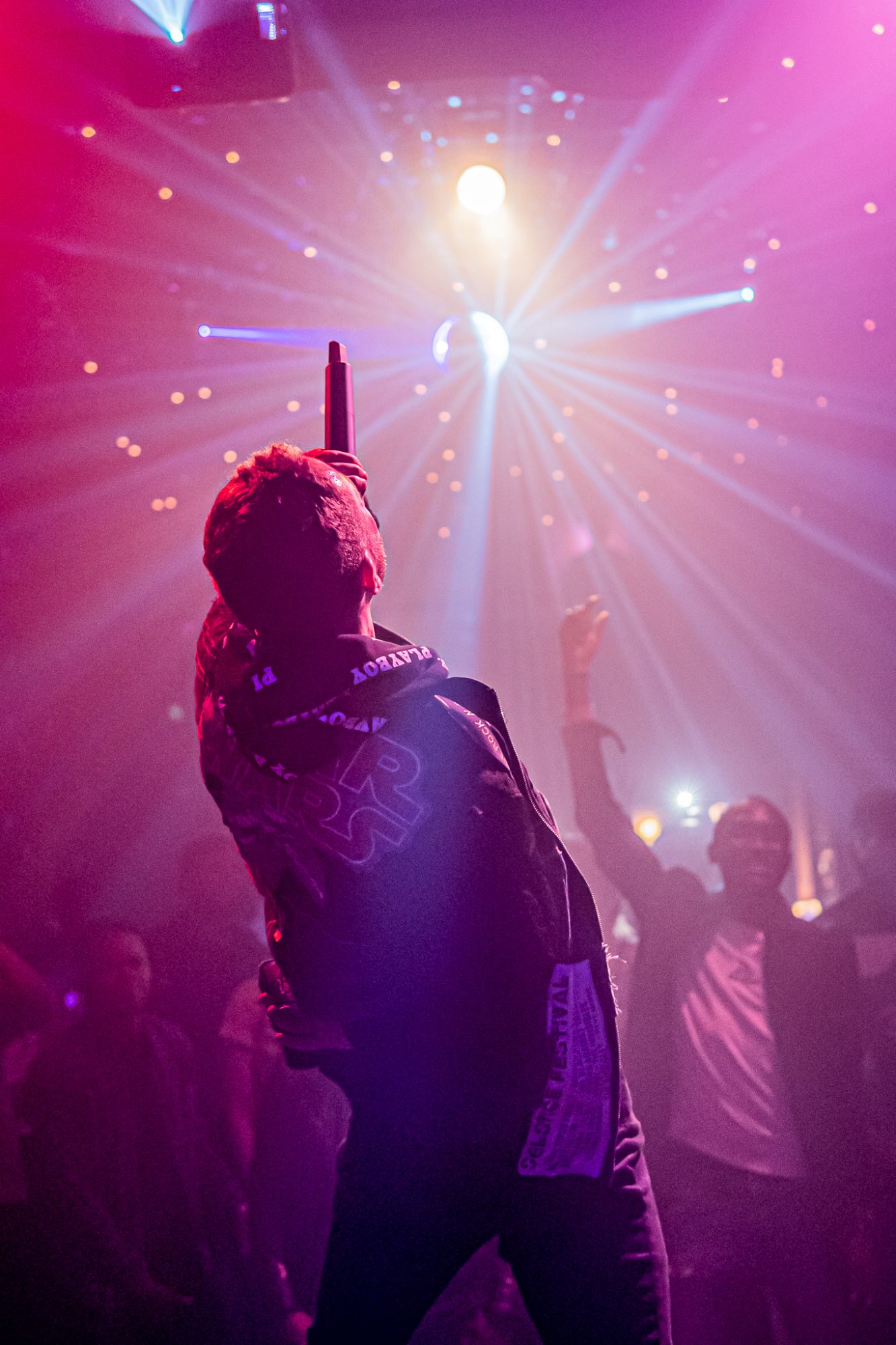