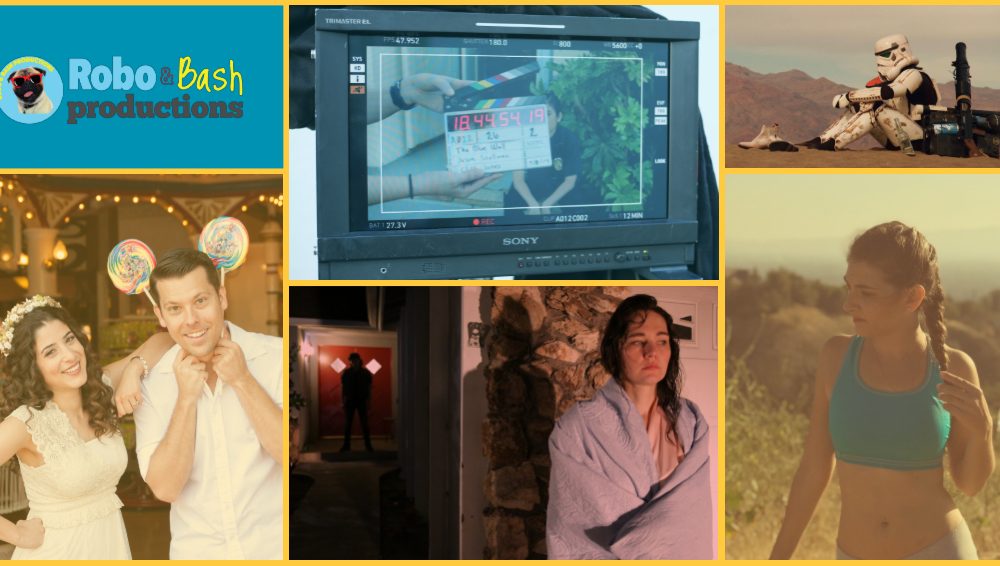 Today we’d like to introduce you to Shelly and Jason Snellman.

Every artist has a unique story. Can you briefly walk us through yours?
Jason and I have the privilege of being individual artists who are married to each other. Though we have our unique tastes in the various art forms, we are fortunate to have art as a common theme in our lives. Speaking for myself (Shelly), I come from a theatrical background. I have always been a theatre lover and will choose the stage over film any day. Jason is a film guy. He has always immersed himself in the film world and recoils every time I ask him to accompany me to the THE-AY-TOR. But this is the compromise; he comes with me to see Chekhov and I go with him to see John Wick. Like everyone, both alone and together, we’ve always dreamed of turning our passions into careers but never had the true means to do so. In the past, I was a member of a dues-paying theatre company and worked behind the scenes in exchange for free membership and Jason worked (and still works) as a stand-in in TV and film. In these small inconsequential roles, we learned the lay of the lands and became adept at “the biz” in our respective fields. Then we got married. Perhaps it was due to our pooled resources or perhaps it was because a baby had entered our lives… in any case, we decided it was time to make something of our own. Sure, I’d produced theatre productions before and Jason directed a few shorts but we always had a safety net and we were always somewhat apologetic about our aspirations. “Don’t mind me”…. “I don’t know what I doing”… Enough was enough. We applied for a DBA (Robo & Bash Productions) and told the world that we were officially in the business of producing theatre and film. That was April 2018. Since then, we’ve had a number of great clients for whom we’ve produced small theatre, webseries’, short films, and actors’ reels. Currently, we are also producing our own passion project, “The Blue Wall,” a short film written and directed by Jason, which centers on the schism of one man’s loyalty to his police brotherhood and his loyalty to the community he serves.

Please tell us about your art.
When we’re not producing material for clients, we spend our time checking off the passion projects that have been queuing up on our back burners for years. These projects have a wide range, to say the least. The first one we tackled originated from a sound bite in Jason’s head. Being a die-hard Star Wars nerd, Jason would often hum the following: “I stiiiiill haven’t found the droids I’m looking for…” This turned into Robo & Bash’s first short – a parody music video complete with 501st Legion stormtrooper costumes in the dunes of Death Valley. The next passion project was a successful run of the theatre play “Rope,” written by Patrick Hamilton (a play which was later adapted into a Hitchcock film). This project was something I had dreamed of making since pulling a beaten copy of the script off the library set of a play I was in ages ago. I stole the book (#sorrynotsorry) and read it a few times a year until I pitched it to be Robo & Bash’s first theatrical production. Besides being a huge Hitchcock fan, I loved (and still love) this play because, via its morbid story of curiosity, humor, and malice, it carries a message that is still relevant today, that message being that no person is God. Those that think they are superior to another, so much that they can get away with the murder of a fellow human being, is GRAVELY (again #sorrynotsorry) mistaken. This theme is actually also the focus of our current short film “The Blue Wall.” We have a problem in our country, a problem in which black men are dying due to the ignorance and fear of a body that is supposed to protect all humans. It is a disgrace that we have to keep reaffirming the fact that Black Lives Matter, and it is even more of a disgrace that there is a backlash against this sentiment. Again, no human is above another. No human should be able to get away with murder. Period. However, whereas in “Rope” the audience is left with a sense of justice being served, “The Blue Wall” will not be so cut and dry. So basically, yes, some of our art does have a message and involves heavy topics that we feel strongly about, but then we also make totally goofy off-the-wall content simply because it makes us, our clients, and our viewers laugh. What we hope viewers take away from these latter projects is that people should do and create things that make them happy, no matter how silly; and if their happiness involves dramatic villainous dolls, a guilt-ridden stormtrooper, or pairing wine with fast food (all of which we’ve been party to)… we say, just go for it, man. We will not only emotionally support you, but we will also help you make it happen!

Given everything that is going on in the world today, do you think the role of artists has changed? How do local, national or international events and issues affect your art?
We think artists have a huge responsibility to hold a mirror to the world. Even though the world seems more brutal by the day, the truth is every generation has had its achievements and its embarrassments. Society, whether in ancient Greece or modern-day Ferguson, needs artists to show what is really going on. In this way, the role of the artist as a mirror hasn’t changed but the focus will always shift based on current events. So many times somebody says “I just saw ______. It’s based on a true story. I never knew that happened.” Entertainment is often the window in which masses of people can, not only view an event or societal trend, but also feel the weight of the story being told through characters they end up caring about. The viewer ends up feeling empathy for people and environments they would have never encountered in their own lives. In this way, artists are responsible for human connection and unity.

How or where can people see your work? How can people support your work?
At this point, people can see/support our work by viewing the projects we have available via YouTube or Vimeo. The links to most of our public work are available through our social media and our website – www.roboandbash.com. Eventually, “The Blue Wall” will hit the film festival circuit so folks can watch out for announcements on when and where the film will be screened and join us at those events. Lastly, people can support us by hiring us to produce anything from webseries to films. Our crew is comprised of working professionals and we offer competitive rates. 🙂 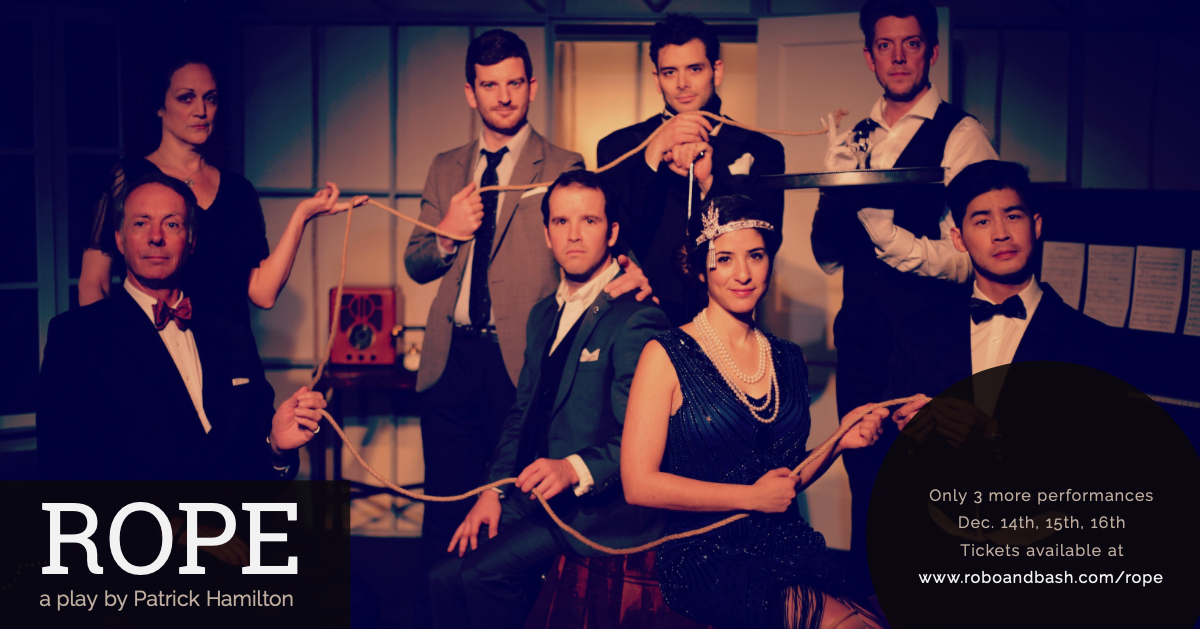 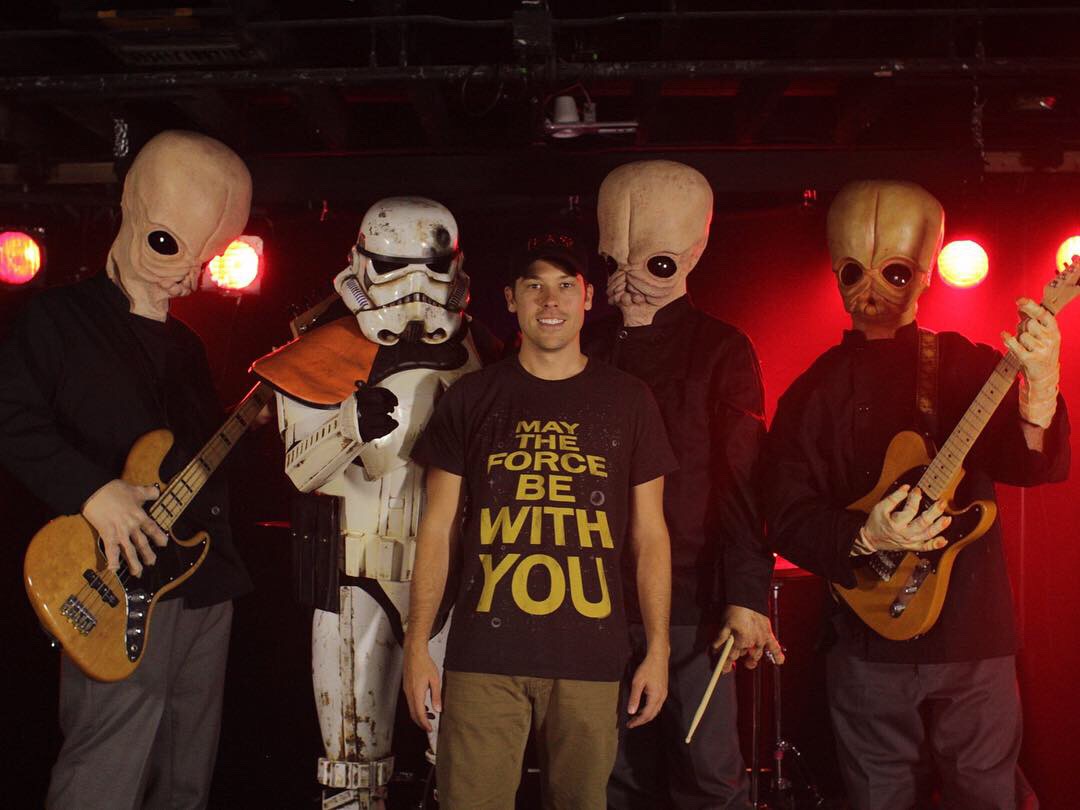 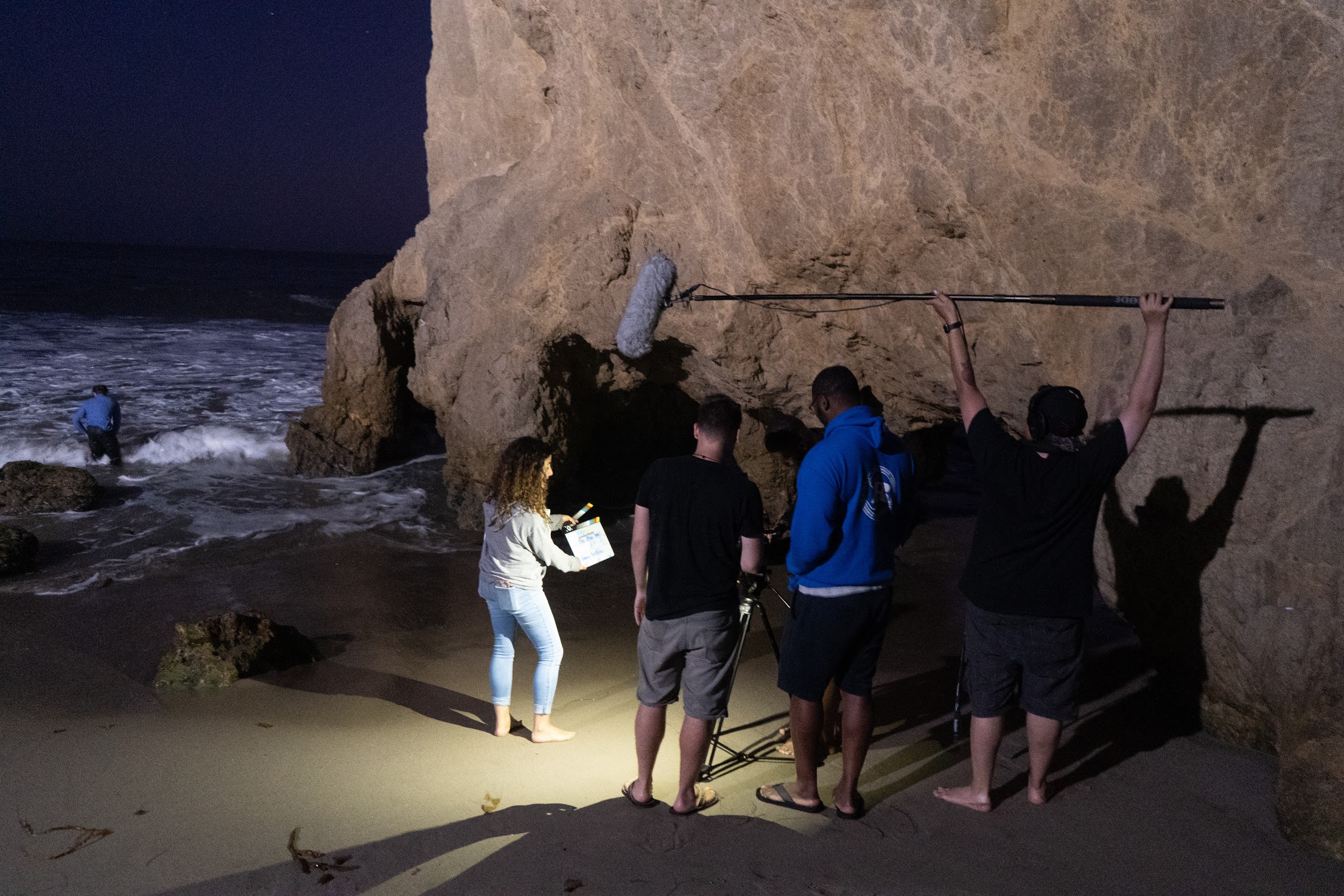 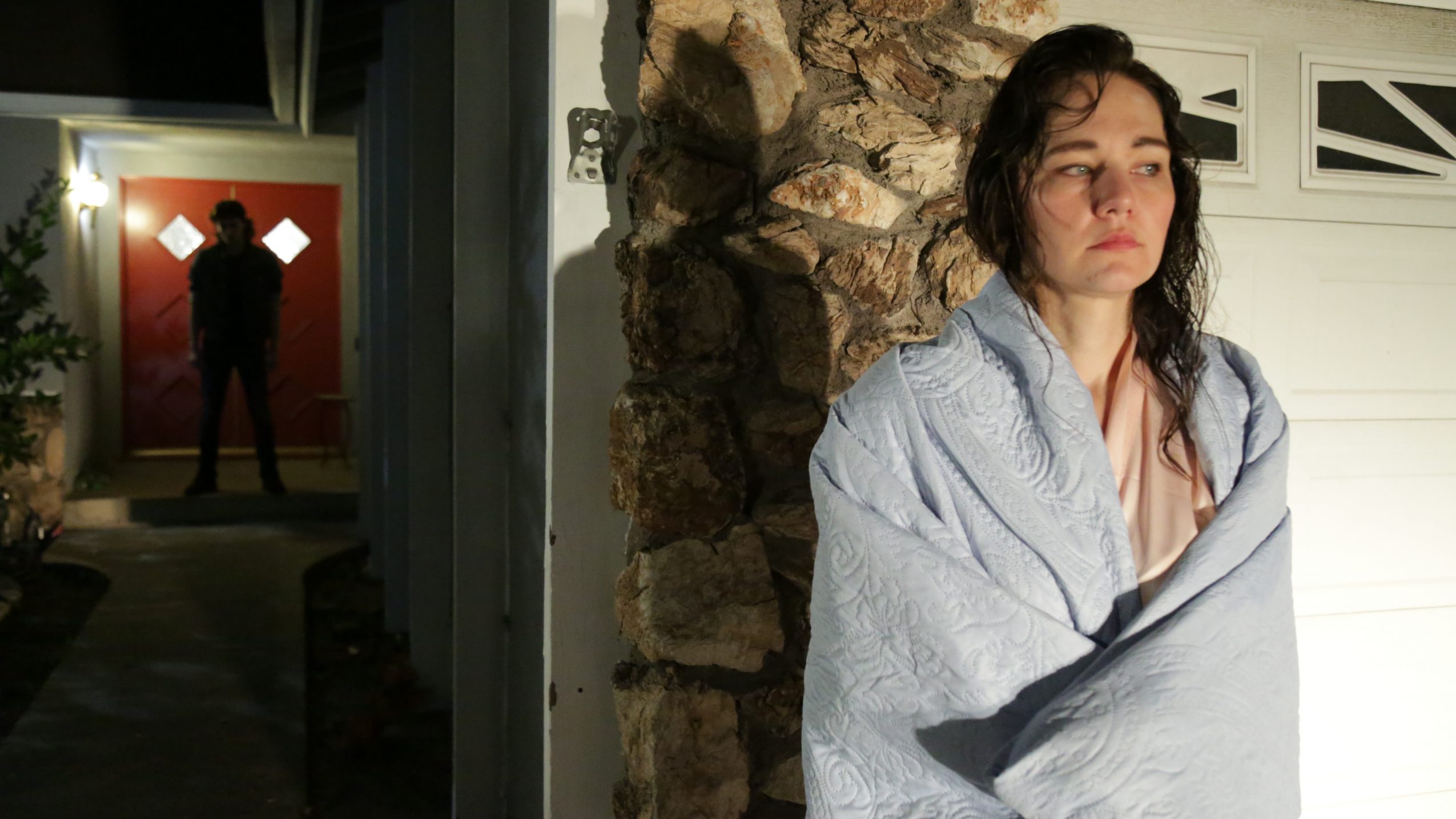 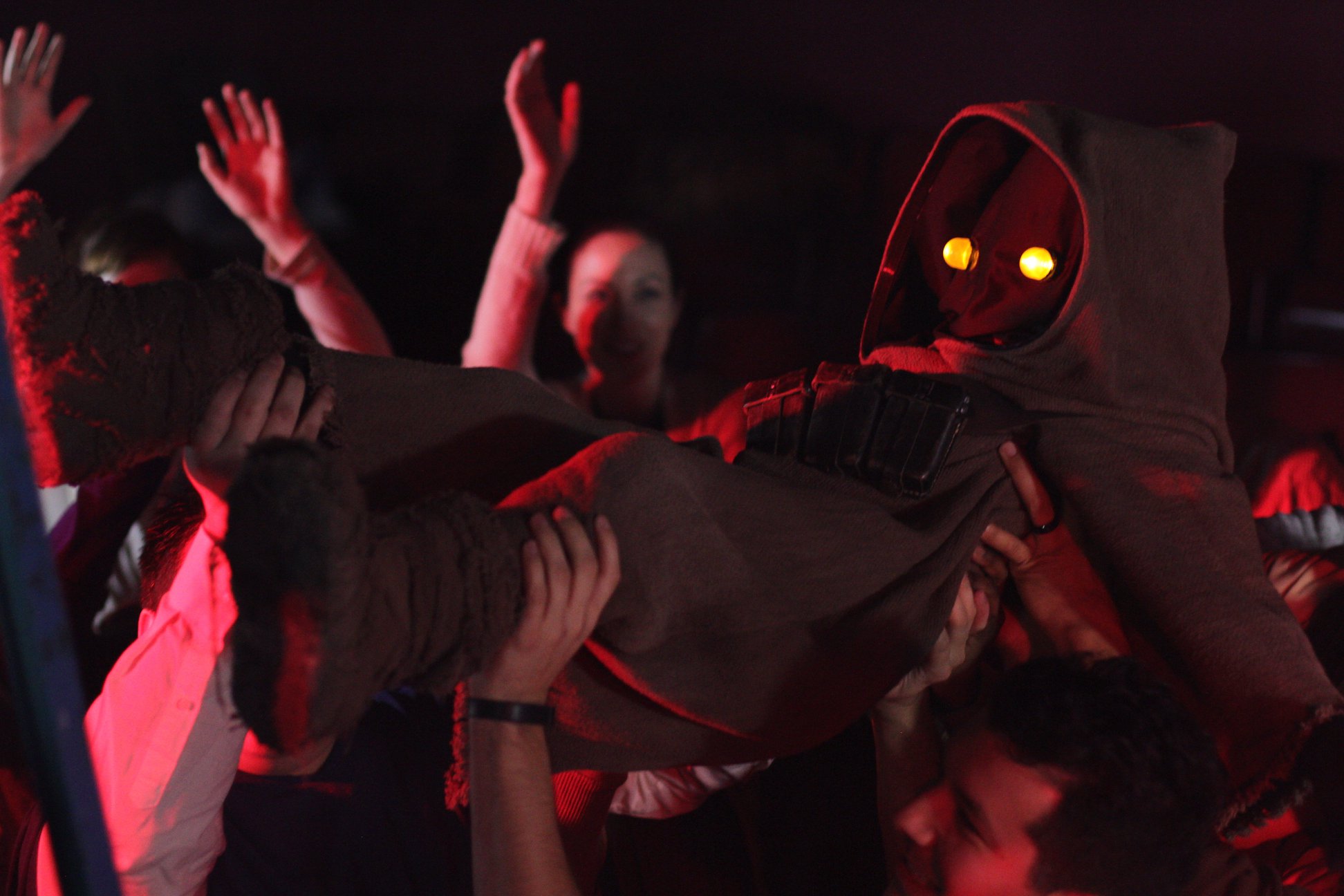