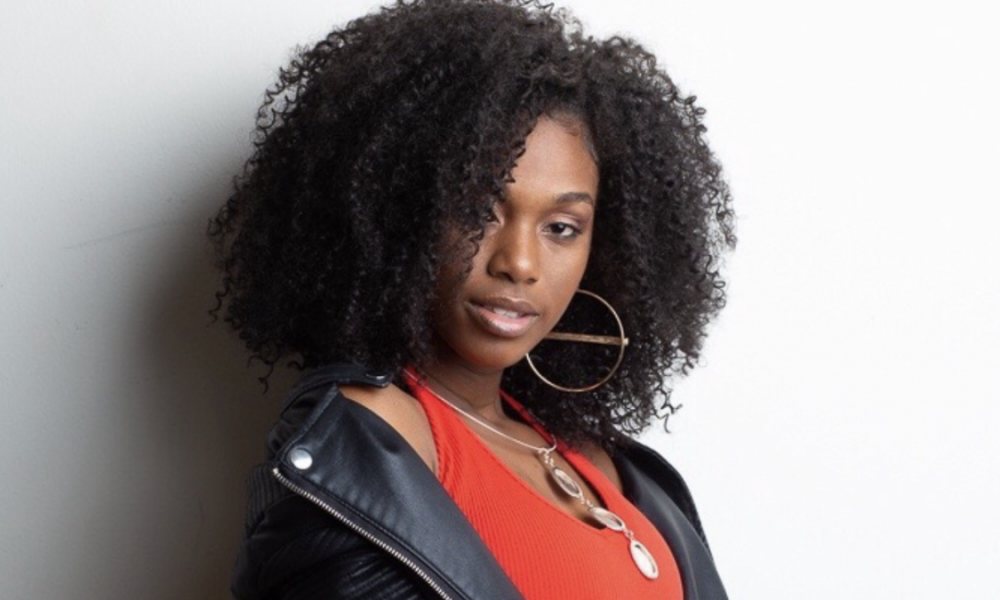 Shaylin, please share your story with us. How did you get to where you are today?
I am originally from Maywood, Illinois, a city about fifteen minutes outside of Chicago. I have faced many adversities in my life, yet I have never been one to fold. Where I am from, a lot of young men and women are not given the chance to live out their dreams or encouraged to explore the world because of their toxic surroundings. My parents did everything in their power to make sure we didn’t see the violence happening around us. We weren’t rich, yet they made sure my sisters and I had everything we needed. At a young age, I learned to take adversities and use them as ammo to ignite my inner passion- my love for performing.

I moved to California at the tender age of eleven to pursue my career. A passionate singer, songwriter, and dancer, I began performing at the age of five years old. At the age of nine, I performed in the Tony Award winning musical, Lion King on Broadway, as “Young Nala” at the Minskoff Theatre in New York. Shortly after, I performed as “Lil Inez” in 3D Theatrical’s production of Hairspray, alongside Youtube sensation and American Idol contestant Todrick Hall. For a program created to uplift the underprivileged through the power of music, I gave back to my LA community and opened up for Anderson Paak, Ty Dolla Sign, and many other artists at Paak House in the Park in December of 2018. In July of 2019, I performed at Detroit’s legendary Fox Theatre for the NAACP’s annual Act-SO Award Ceremony, paying homage with a tribute to the late great Aretha Franklin. Currently, I have a new music video and single out titled “Call Me.”

Growing up listening to a variety of musicians and genres that have played an influential role in shaping my signature sound, some of my musical inspirations include Beyonce, Bruno Mars, and Whitney Houston. My mission is to inspire my peers back home and all across the globe to go after their dreams unapologetically with full force. I want to be a voice for the future.

Great, so let’s dig a little deeper into the story – has it been an easy path overall and if not, what were the challenges you’ve had to overcome?
Although I came from an impoverished neighborhood, I used that as inspiration to go on auditions and begin writing songs to make it out of my situation. During that journey of finding myself and what I loved to do, my mother was diagnosed with stage two breast cancer. She is my world, and I couldn’t imagine life without her. Watching her give up on life and lose herself in the disease was one of the hardest things I have ever had to experience. However, she knew that she had a family that needed her, so she chose to fight with everything she had. Her adversity of cancer taught me to fight for what I love, live life to its fullest potential, and to never take life for granted. Fast forward nine years; she is now cancer free, and I am living my dream in California.

When I first moved to California, I had a big flame inside of my heart and believed I would be able to bat my big brown eyes and automatically book the lead role in a Nickelodeon show. I had no idea of the mental and emotional battle I would have with myself starting in the industry so young. I know for a fact that I want to inspire others with my gifts, especially my peers back in Maywood, and encourage them not to succumb to their surroundings and to do what they love to do. Yet, there have been multiple times where I have questioned God if this is truly my purpose. That was until I realized that I have the power to change my situation. I can listen to those voices in my head, or I can use them to build my character and push harder to achieve my goals and wildest dreams. The decision to refuse to take no for an answer and have a positive mindset, and constantly tell myself daily affirmations has built me into the young woman I am today.

Please tell us about your work.
My music genre is R&B. I stand out from other artists because I am an eighteen year old producer, singer, writer, and dancer. A lot of the youth at this age aren’t willing to sacrifice social life and parties like I am. My dedication and well-roundedness in each field of music, along with my witty personality, makes me stick out from all other artists. I also have a unique tone. I believe that a person will be able to detect my voice from any song of mine played on the radio. My style, voice, and drive set me apart from the rest.

I execute riffs very well, so I would say my secret weapon is my vocal tricks and smooth transitions between head and chest voice. Also, I want to make my audience feel something, so I am known to portray a song through my facials and emotions in a live performance. Some of my proudest accomplishments include:
1.Singer in Michael Korte’s viral “Kings Sing Queen” Lion King tribute, which was written about on an article on Billboard .com https://www.billboard.com/articles/news/pride/8491051/all-woman-choir-lion-king-medley-video-watch

2.Music video and single written by Shaylin out now called “Call Me.”

4. Performed at the legendary Fox Theater for the NAACP National Act-So Award Ceremony in which I paid homage to Aretha Franklin. (July of this year)

5.Young Nala in Disney’s Lion King on Broadway back in 2011.

6.Member of the Beautiful Project, a campaign in which I partnered with Sugar Sugar Clubhouse to encourage young girls to embrace their beauty on the inside and out. https://www.youtube.com/watch?v=V6L4iKOOjtQ

7.Winner of the Jennese Center’s Raise Your Voice For Peace Singing competition, an organization to protect battered women and prevent domestic violence.

8. Dancer on the Steve Harvey shows for Paula Abdul.

Do you look back particularly fondly on any memories from childhood?
My favorite childhood memory is performing at my Grandmother’s birthday party with a Michael Jackson tribute as a young female Michael. I dressed as Michael, with the silver glove and all black, and I performed “The Way You Make Me Feel” for her. I remember my family being very shocked and impressed, and from that moment on, they knew I was a force to be reckoned with. 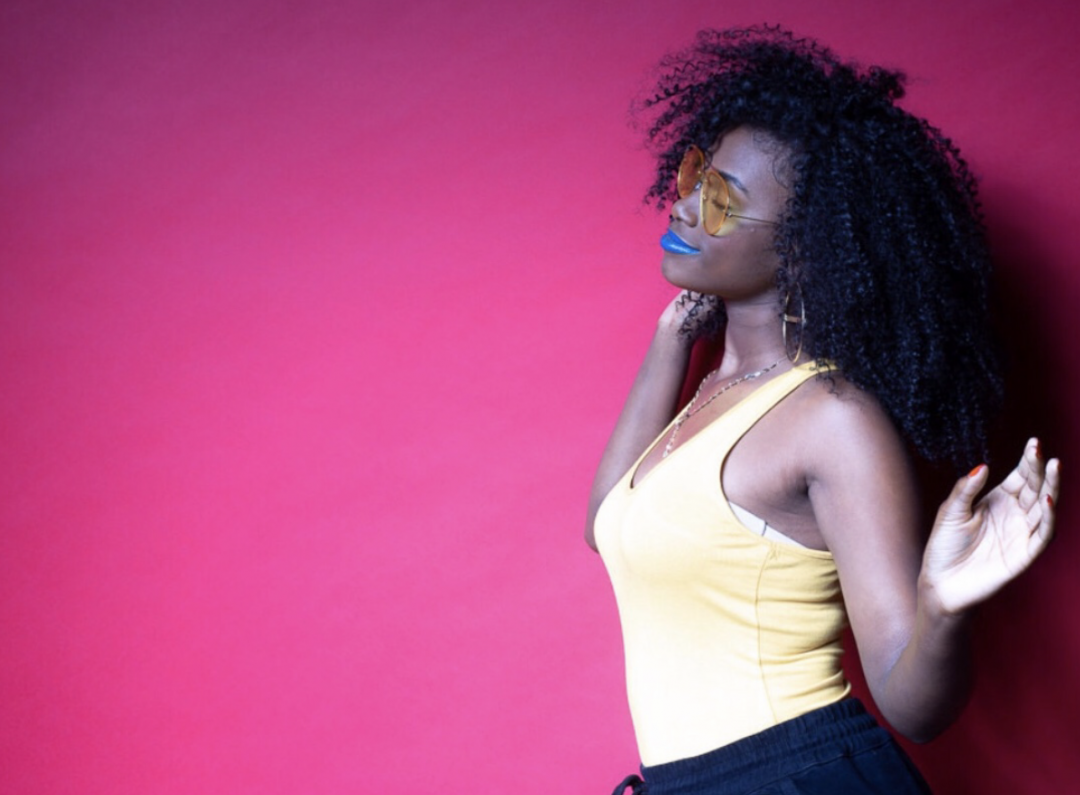 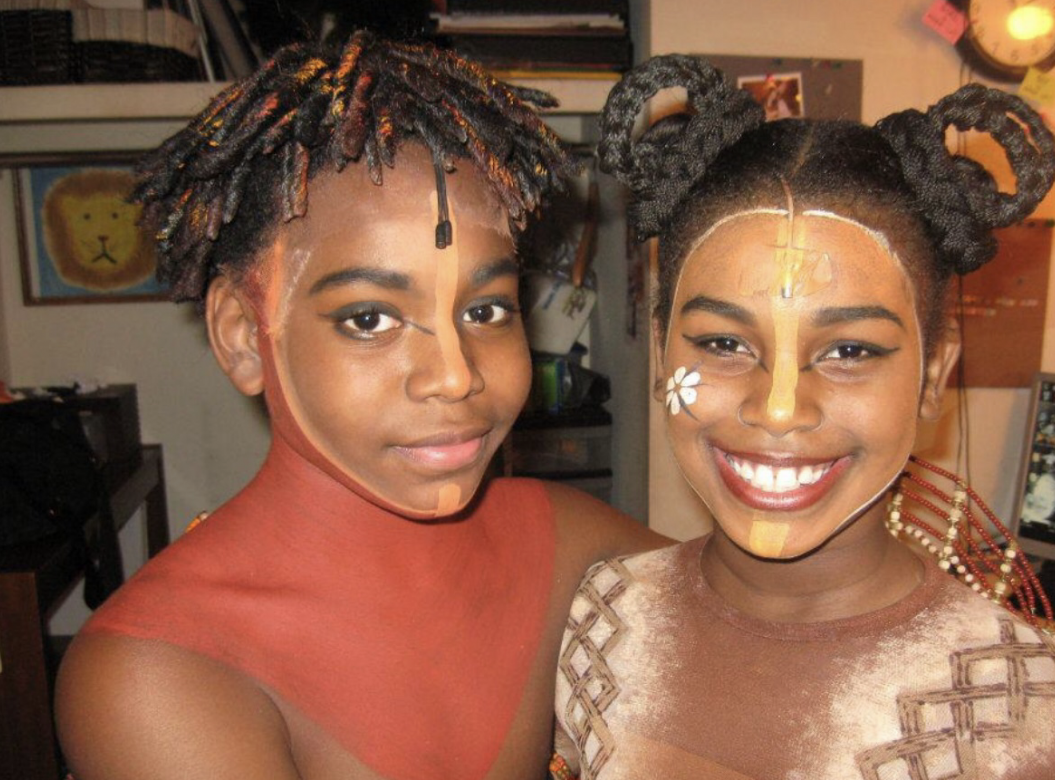 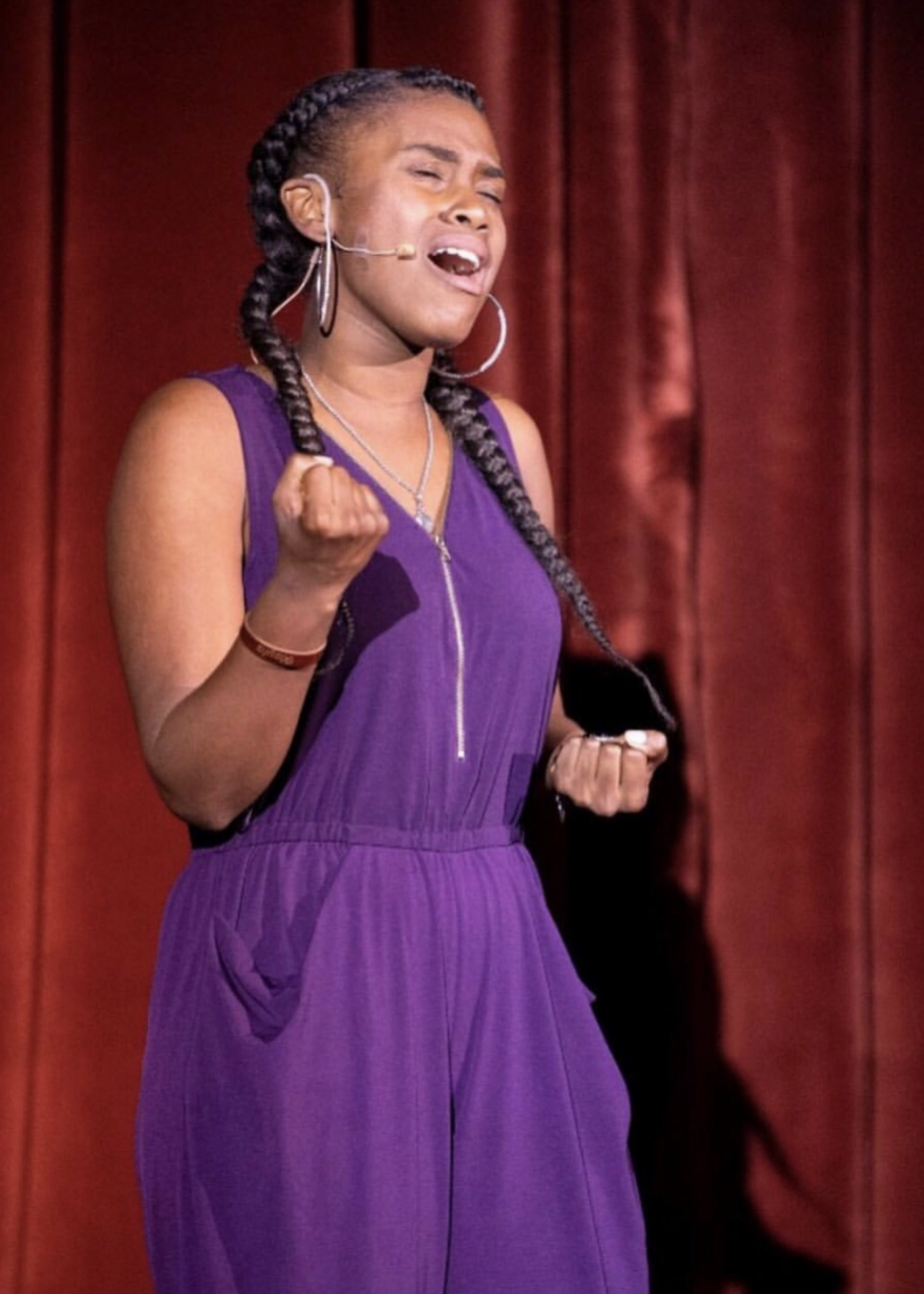 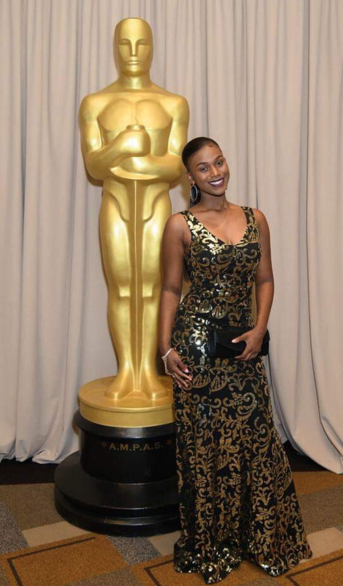 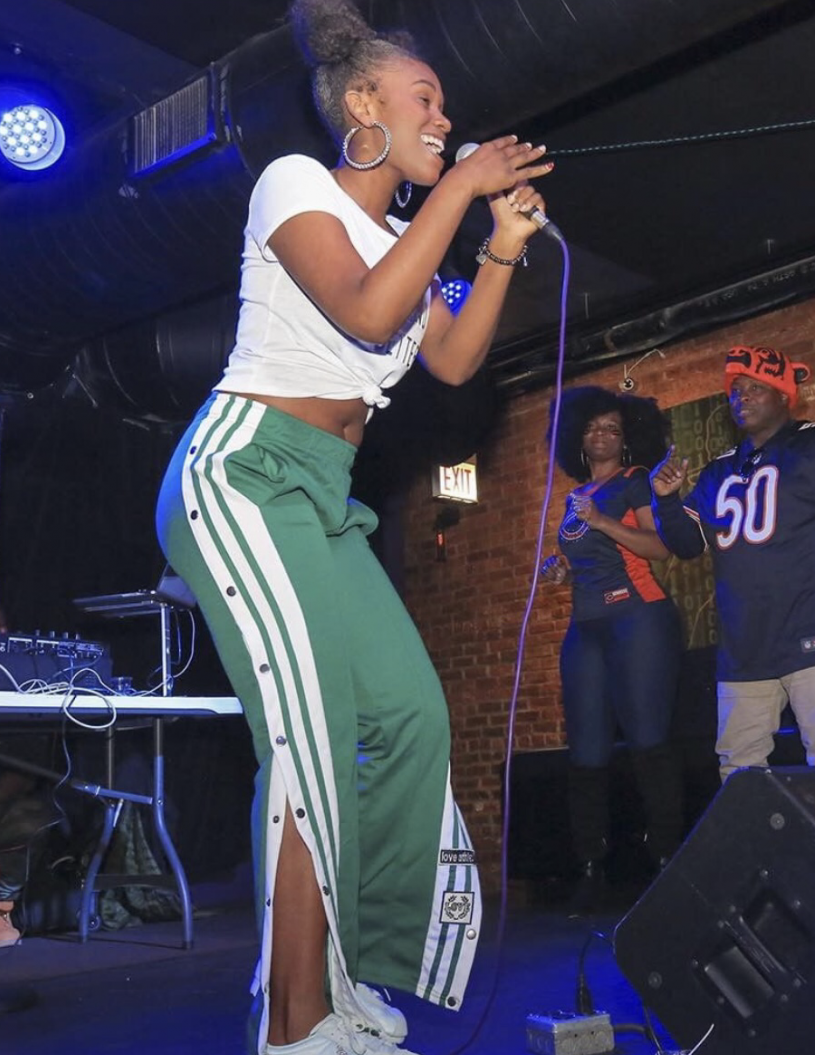 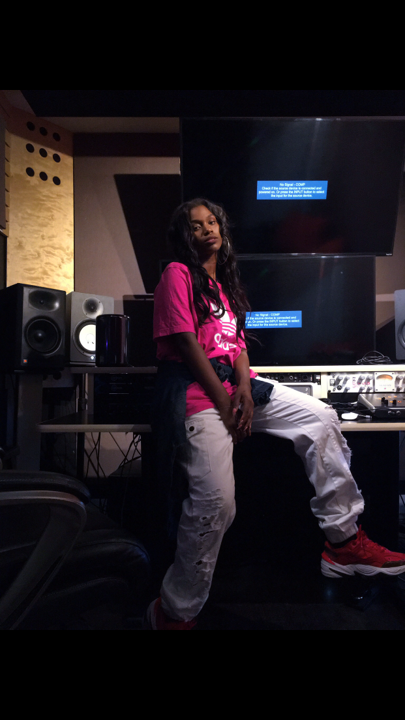