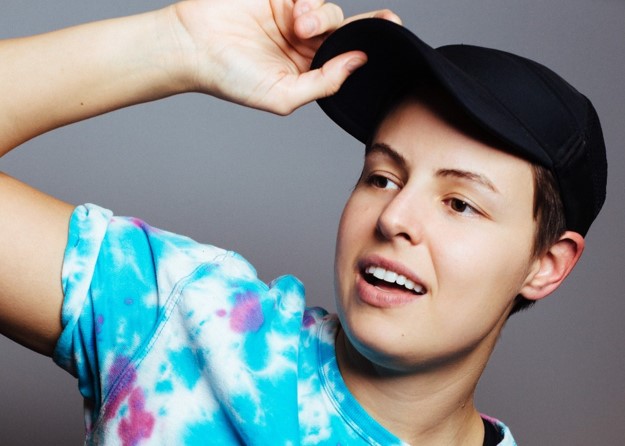 Today we’d like to introduce you to Shay Dominguez.

Shay, let’s start with your story. We’d love to hear how you got started and how the journey has been so far.
All my life, I have played sports. Basketball was my main sport, which I played at the collegiate level at the University of Missouri – St. Louis. After receiving my Bachelor’s degree in marketing, I had the opportunity to go straight into my Master’s degree, which I graduated with in 2014. There were some things I liked about marketing and business, but I just knew it wasn’t a good fit. I skipped pursuing the 9-5 job and got a couple of part-time jobs instead.

My coworker at Starbucks mentioned that he did improv comedy and invited me to check it out. I did and I loved it! I was good at it, quick learner, it felt great! I loved it so much that a year later, after completing the program at The Improv Shop, I moved to Los Angeles to do more! I dove into the scene as hard as I could when I moved out here. I remember one night finishing a jam (essentially improv open mic) at 2am, driving to the Starbucks I worked at and sleeping in my car until I had to start work at 4:30am. I was dedicated, and eventually successful, by societal standards, I guess. After a year and a half in LA, I was placed on a Mess Hall team at the Upright Citizens Brigade theater for a 6-month run.

It was around that time that I started to feel different about what I was doing. I still can’t put my finger on exactly what it was, but I listened to my gut and I left. I did know one thing though, I wasn’t going to be spending my time in LA not pursuing something I was insanely passionate about. But what was it? I made a list and at the very top – rap!

I love rapping – I’ve always loved rapping! Even though I grew up in a very small town where people play country ON REPEAT, I listened to Eminem, Ludacris, Nelly, etc. I would go to concerts and stand there WIDE EYED, so mesmerized by the performers thinking “wow I want to do that”. I held myself back, though. A white queer woman couldn’t be taken seriously in that arena. And my skills were not where they “needed” to be. Stories in my head were way different than actual reality, but I continued to read along.

When I left improv, I had a serious shift in my thoughts. The biggest – I realized I was the ONLY one holding me back from getting anything I’ve ever wanted. So on my part-time food delivery shifts, I started putting on random beats in my car and freestyling to them. I rapped about whatever, trees, houses, the pizza that was smelling up my car, people on the sidewalk and I gotta be honest, it wasn’t pretty, but I was by myself so whatever!

One night I made a catchy hook, wrote the rest of it on my phone during my breaks in deliveries and showed my friend, Robert, later that night. I still was not 100% comfortable with performing music in front of another person as that was very new to me, but Robert loved the song, gave me the space to do my art and be vulnerable in addition to all the equipment we needed to record. The song “I’m Gay” along with a music video was released in June 2018 to get everyone moving for Pride month! (https://www.youtube.com/watch?v=DrmHIVLiOGQ)

Since then, I have moved to more serious music and have continued writing and creating. Robert and I have become creative partners in several different ways. He co-produced and recorded my first album, My Plot, which was released on January 31st, 2018. You can hear his voice in a couple of songs 🙂 . (https://open.spotify.com/artist/0cu78bCD0MoR2Qr3Z3Zmqk) I have performed in Los Angeles at The Airliner, The Lexington, and The Satellite with more to come!

My latest release is Boing Bitch which came out on 5/24. Another single called High Af was released on 4/20 (https://open.spotify.com/track/5k6iN54znlWpNZwsGrZgGT) and features a sample of Eckhart Tolle’s audiobook, “The Power of Now”. I will continue to release all sorts of cool music throughout the summer, including music with Robert!

Overall, has it been relatively smooth? If not, what were some of the struggles along the way?
Overall, the biggest struggle I’ve come upon is just being myself! I would listen to other people telling me what was right for me, what I should think, who I should like, etc. when none of that was even me! It was a struggle growing up in a small midwest town as a closeted lesbian, found out at 17. I wasn’t myself for 17 years! And then for the years after that, trying to escape those thoughts and stories others had told me that I had taken and kept for myself. Another struggle has been living in LA. If you want to test your motivation to your passion, MOVE TO LA! It tests your patience, mood, can be lonely, people will try to change you into something you’re not, it’s such a challenge! However, a very exciting, rewarding, and strengthening challenge. Staying planted in my truth has been a challenge but the experiences I’ve had have made me stronger and more grounded.

We’d love to hear more about your work and what you are currently focused on. What else should we know?
In the words of Jay-Z, “I’m not a business (wo)man. I’m a business, man”. I am a musical artist – I rap, sing, create music and beats, do live performances. My lyricism comes down to telling stories – whether these are stories from my past or stories that I imagine are in my future. I am most proud of the first song my team and I made – “I’m Gay”. The song and accompanying music video is a story of my life! It is lighthearted, fun, and catchy! An old high school friend of mine asked me if she could share it with her classroom to spread the positivity that can come from coming out and being proud – I said absolutely! The fact that someone can create content that helps them through their own life process and can also help someone else is so cool!!! That’s a big reason why I love making music. I am also proud to be a queer female and telling my stories. I thank so many queer ladies that came before me who stood their ground, Ellen Degeneres and Wanda Sykes for example, and I am ready to break even more barriers!

Any shoutouts? Who else deserves credit in this story – who has played a meaningful role?
The number one person I have to credit is my creative partner, Robert. He has worn so many hats for me personally and creatively. He is a photographer (@robertwolfgang – SO GOOD) so we have done photoshoots, impromptu and scheduled. When I brought my music to him, he was open and excited to help me. He has been there every step of the way from writing to recording to cover art all the way through the release of the tracks. And I can’t even keep track of the behind the scenes stuff. Bottom line – he’s awesome.

Another amazing supporter of mine has been a friend named Kristi aka Spicy Mami, Hot Tamale (@lightningco – Skin/Mental Health, also AMAZING). Kristi and Robert are partners and live in the same apartment, which is where we record all of the music. She finds herself singing along to my music quite often. 😉 I cannot thank her enough for providing an open space for the creation of music and art.

My mom, who lives in Illinois, has been one of my biggest supporters. She performs music and has always loved it so of course she was excited for me to jump on board! I am so grateful for my mom and she is so critical in the success of “Shayd” because we learn so much from each other. I grow as a person every time we have a conversation.
I also wrote a song for her called “For Ma” (https://open.spotify.com/track/0yDF5g8JZ4PPJYIr8Xlduo). She’s my #1.

Last but DEFINITELY not least are anyone who has supported me in any way ever. By sharing my music, coming to my shows (!!! oh man that’s probably the most exciting for me), helped direct, film, produce and/or edit my music videos, and for anyone just following me along on my journey! I’ve learned that humans want to be a part of something, they want to feel like they belong (at least I do!) and the fact that people are following my journey because they feel like they belong in the space I’m a part of is very humbling and so exciting!!! 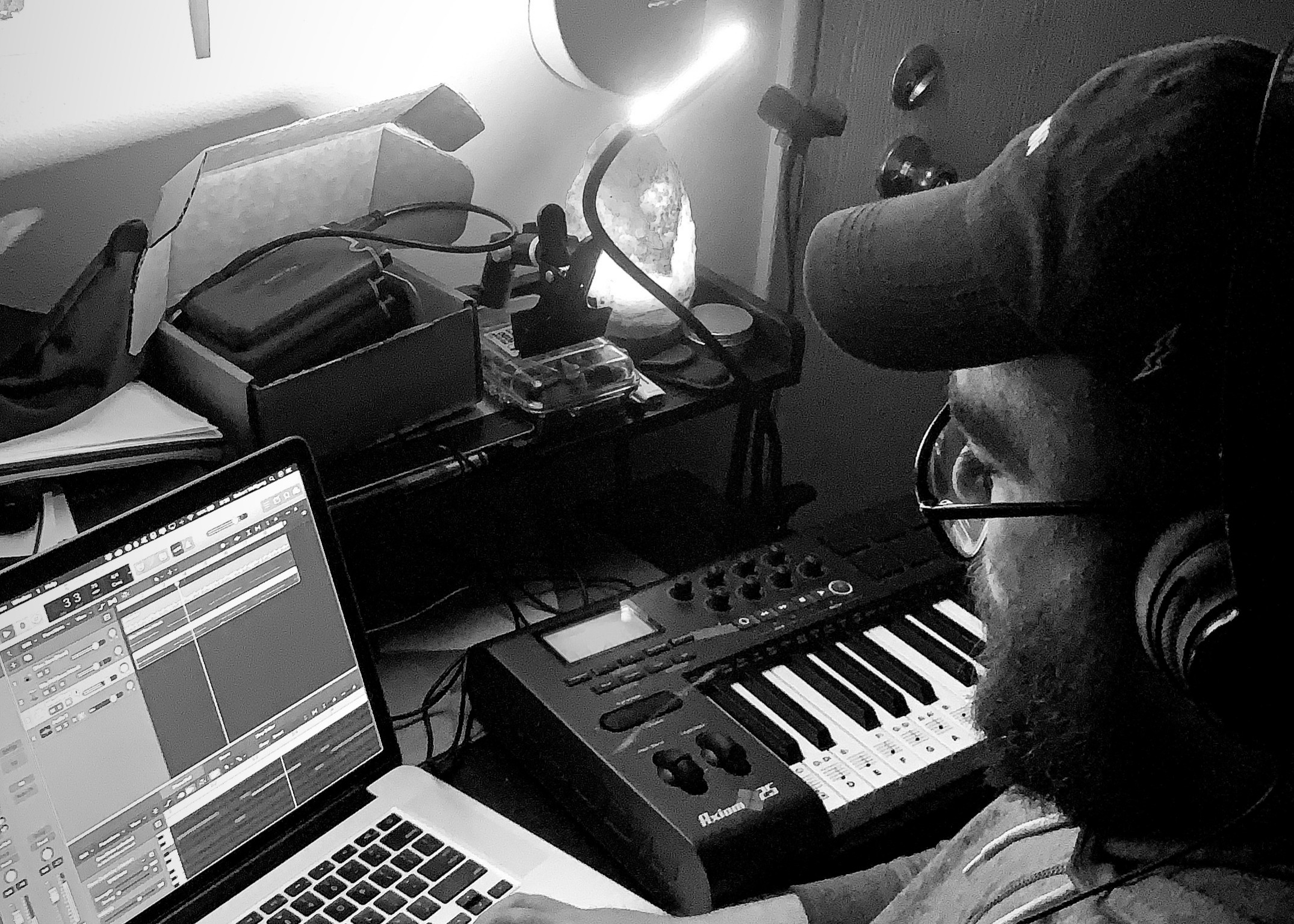 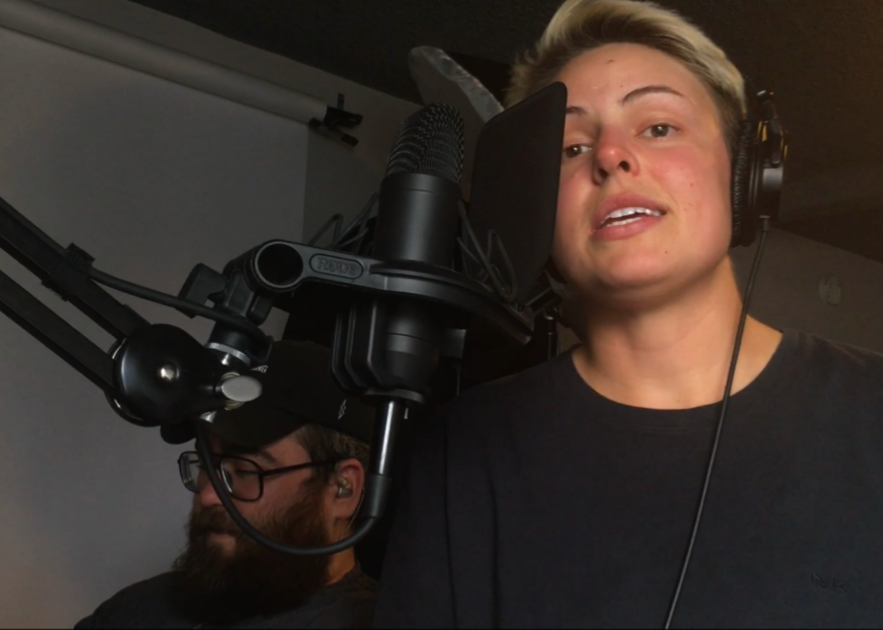 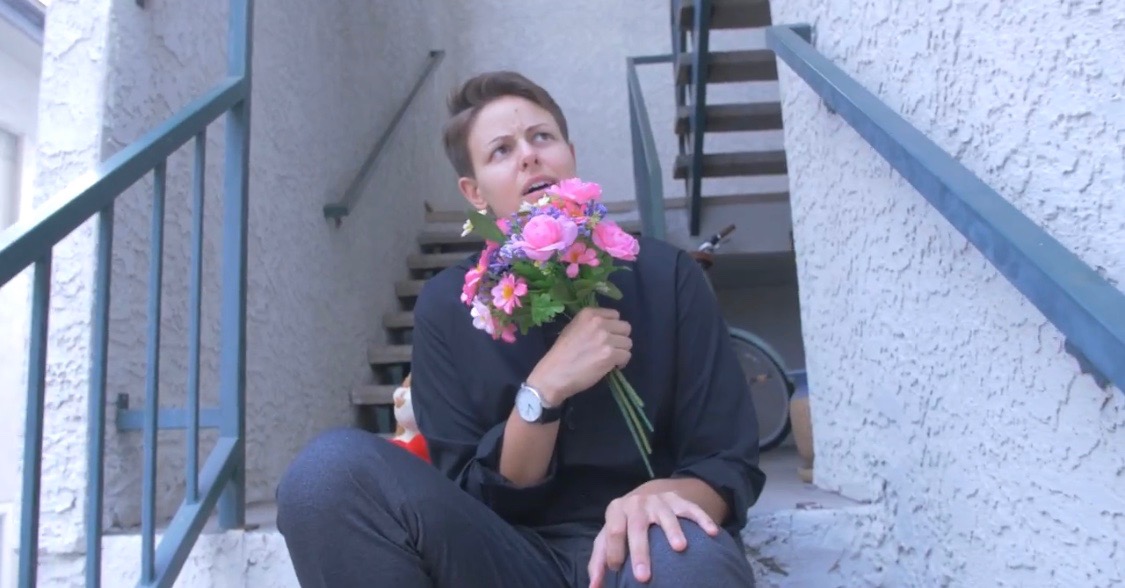 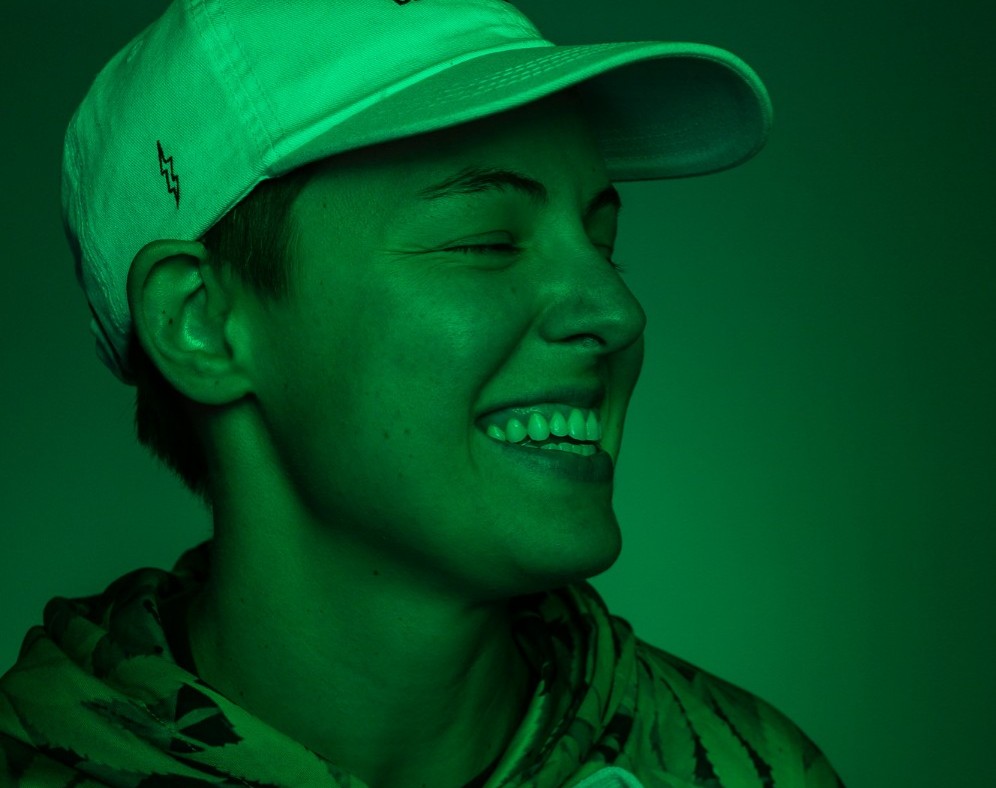 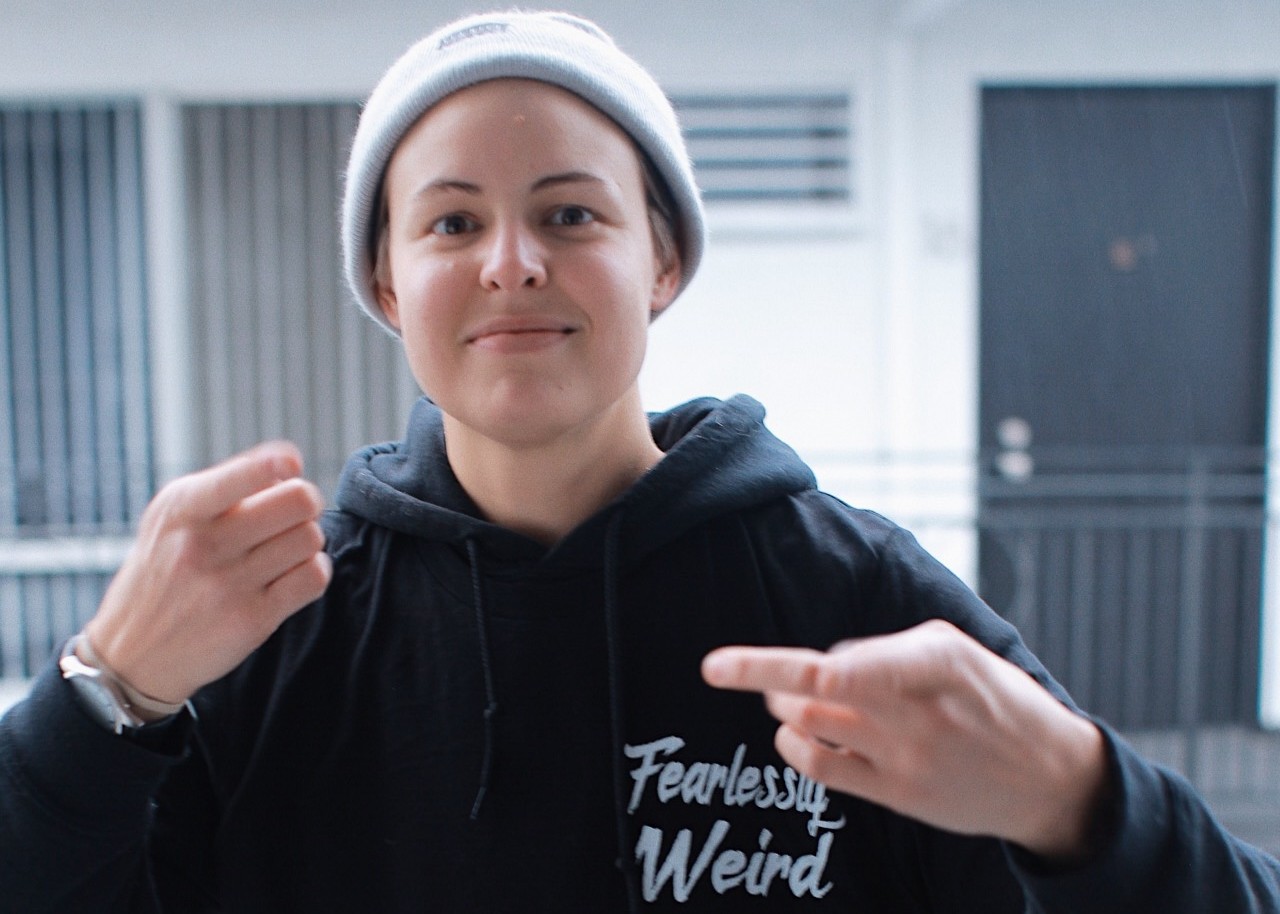 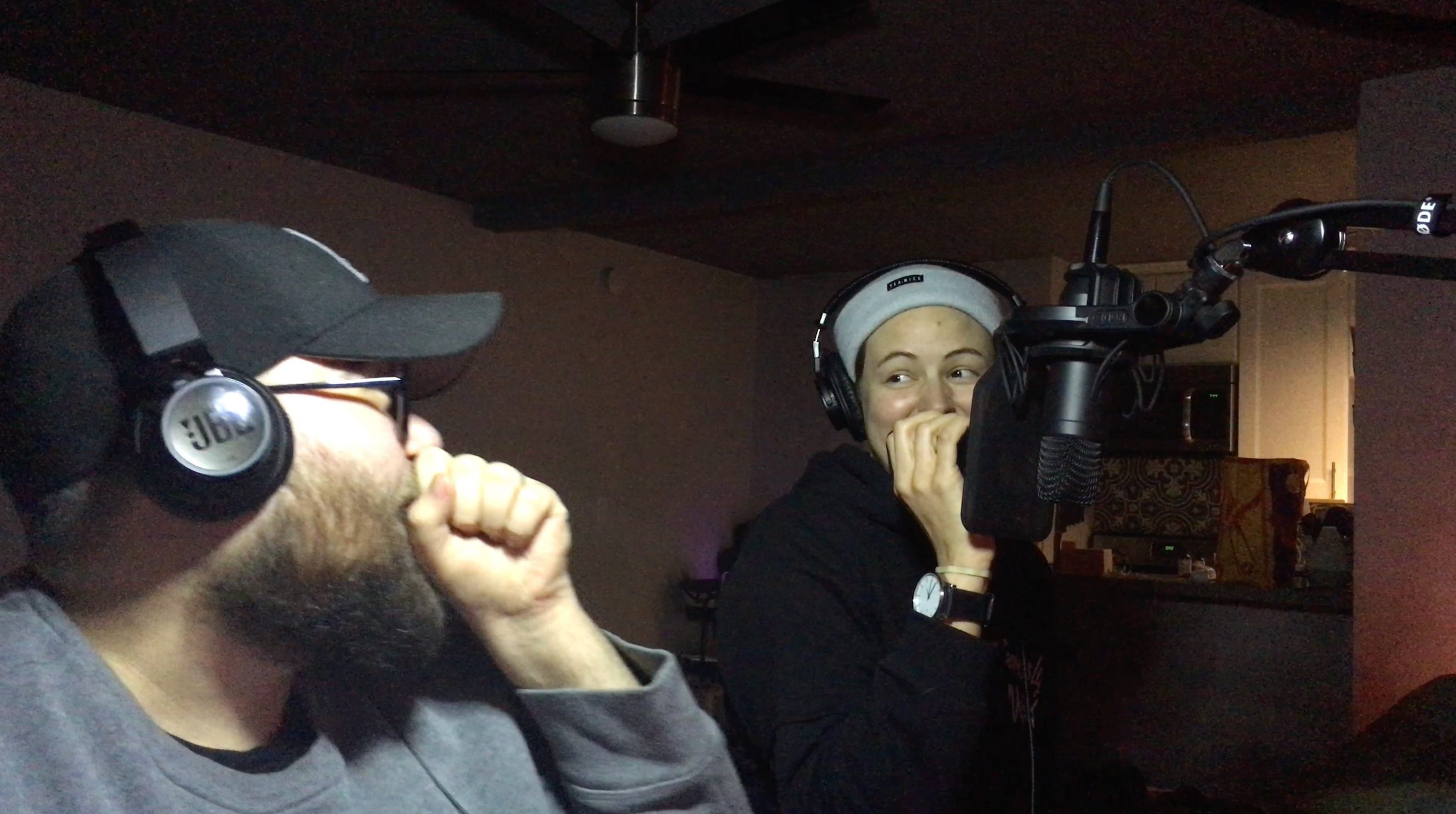