Meet Shaun Fletcher of The Outside Writers in Studio City 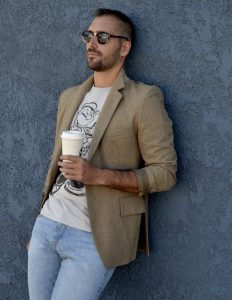 Today we’d like to introduce you to Shaun Fletcher.

Shaun, please share your story with us. How did you get to where you are today?
I’d always been fascinated with movies from a very young age and ever since my dad sat me down in front of the horrifying movie “The Exorcist’ at the ripe old age of nine. Yep, and I wonder why I see dead people. From there, my overactive imagination blossomed into several creative endeavors. But as I grew older, I began to silence and push down these pursuits in favor of a more traditional career path.

Though this hungry beast couldn’t be curtailed for long. After studying Architecture in college, I realized more and more that there was something missing. I continued to ignore this caged up cry for a few more years. I graduated from college and took off to Colorado instantaneously and on a whim. 2 1/2 years later and after a failed business venture, I decided to give in to my passion and let it roar. Two major things inspired this.

First, I realized I would never be suited for the 9-5 business life. I experienced what it was to have money and live the high life but I was absolutely miserable because I was ignoring the main thing I was brought onto this earth to do – which is to not only learn lessons but to inspire and teach as many souls as I can within this lifetime. Second, within a span of three months, two of my closet friends passed away. One from cancer and the other from suicide. This flipped my world upside down by and it made me realize how little time we all really have in this world. My new found mission was now in motion. I would do this for them and I would do this for me. I traveled to L.A into 2009 with nothing more than a suitcase and a dream. But those couldn’t protect me from accidentally moving into South Central. Three days in, my friend and I had a gun pulled on us.

And nine days later we naturally vacated that apartment in search of somewhere new. I immediately jumped onto Craigslist and took every acting job I could find. It didn’t matter the pay, actually, there wasn’t any pay. My friend/roommate thought I was crazy. He asked, “when are you gonna get a real job?” This didn’t compute. In my mind, this was my life’s purpose and there is no back-up plan to that. I was determined to nurture the very dream I ignored and mistreated for so very long. And every time I wanted to throw in the towel, I would think of the friends I lost and the sacrifices my parents made for me to get to where I was. And so I kept going which brings me to present day. Acting eventually morphed into writing, my truest passion and something I had also had a knack for since as early as I can remember. Those two competed for a while but over the years my writing overtook the desire to be in front of camera. And within all this, ‘The Outside Writers’ were born into existence.

Great, so let’s dig a little deeper into the story – has it been an easy path overall and if not, what were the challenges you’ve had to overcome?
Far from it. Every road was jagged with razor-sharp edges that were fixated in place and there to remind me every time I attempted to opt for an easier route or simply give up. The moment I arrived in L.A, I was locked in with a tunnel vision mentality. From pawning my laptop just to pay rent to my car’s engine blowing at 4 am after a 15 hour day on set. I was constantly being challenged and tested by the universe to see how bad I wanted this and to this day, challenges continue to arise in order to strengthen and keep me on my toes.

Please tell us about The Outside Writers.
Our company, ‘The Outside Writers’, specializes in writing screenplays that spread across all genres. We don’t limit ourselves in that regard. We write for ourselves as well as for other interested production companies that are looking for original and thought-provoking content. In addition, ‘The Outside Writers’ also produce content. Recently, a film we wrote entailed ‘St. Agatha” was released theatrically worldwide and this was a very proud moment for us. Gratitude can’t even being to describe the feeling one undergoes when someone believes in your material enough to put up the funds to lift your words from paper to the big screen.

Do you look back particularly fondly on any memories from childhood?
My dad waking me up in the middle of the night just to bring me into the kitchen, sleepy-eyed, where we would enjoy corn dogs with mustard on the side for dipping. I’m not sure why he did this but there was a real beauty in this simplistic offering. As we sat across from each other, he would always say, “There’s nothing you can do that can ever be worse than anything I’ve done”. This always stuck with me. 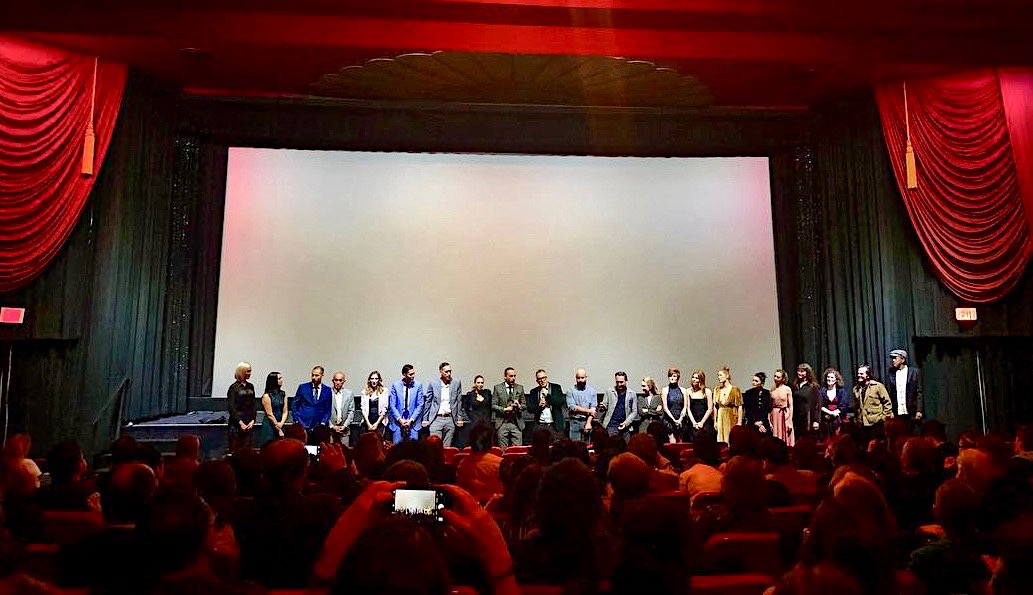 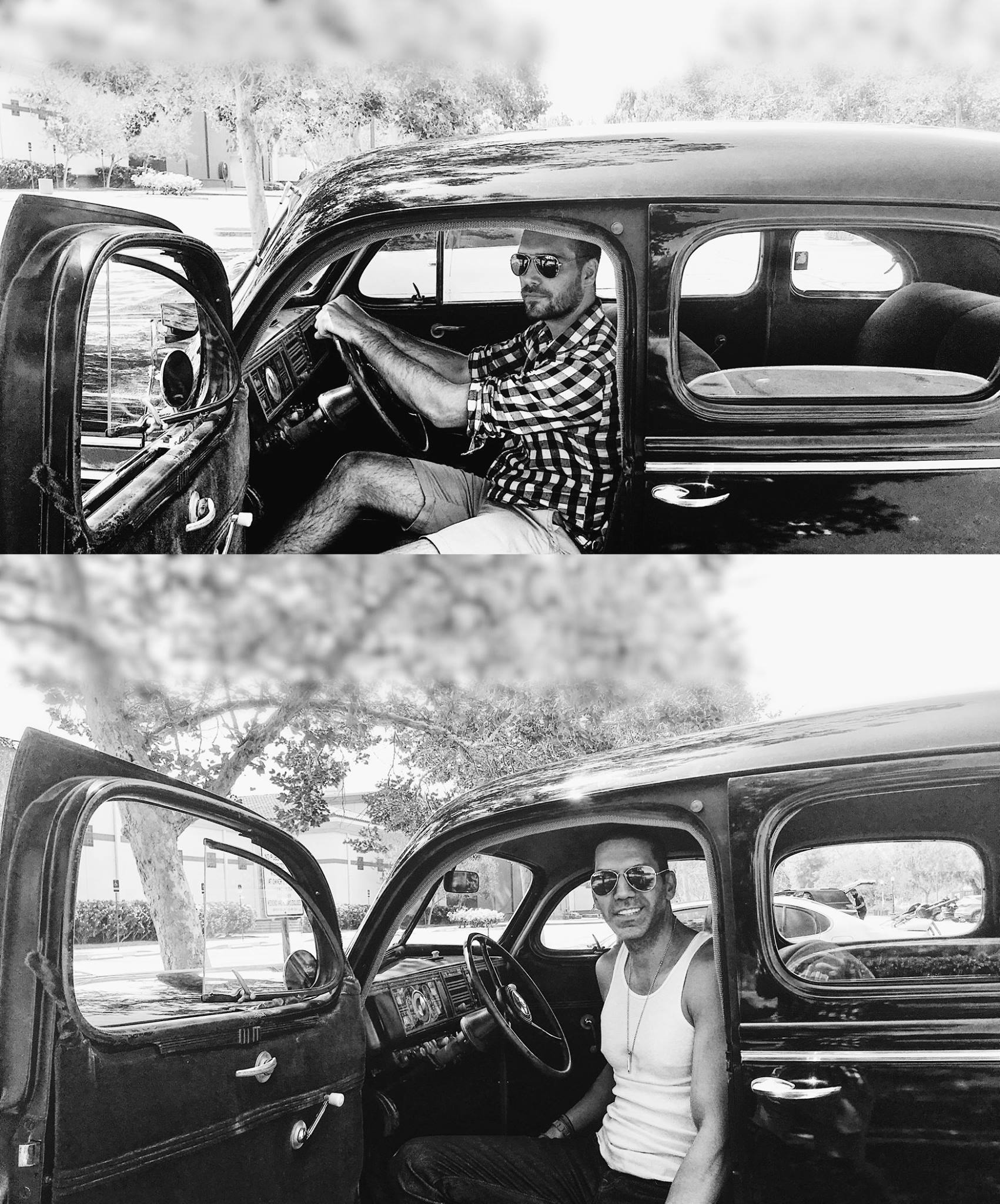 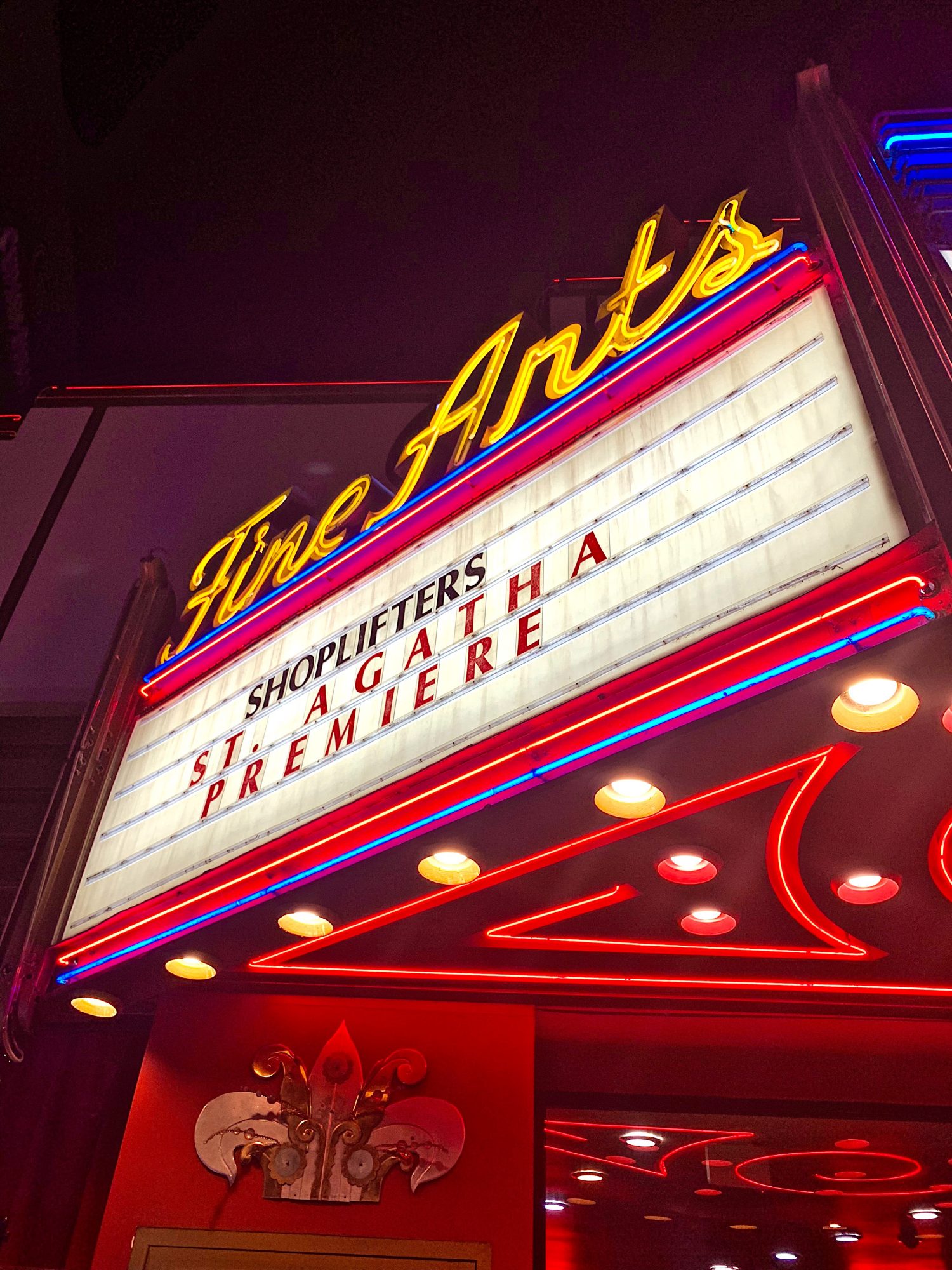 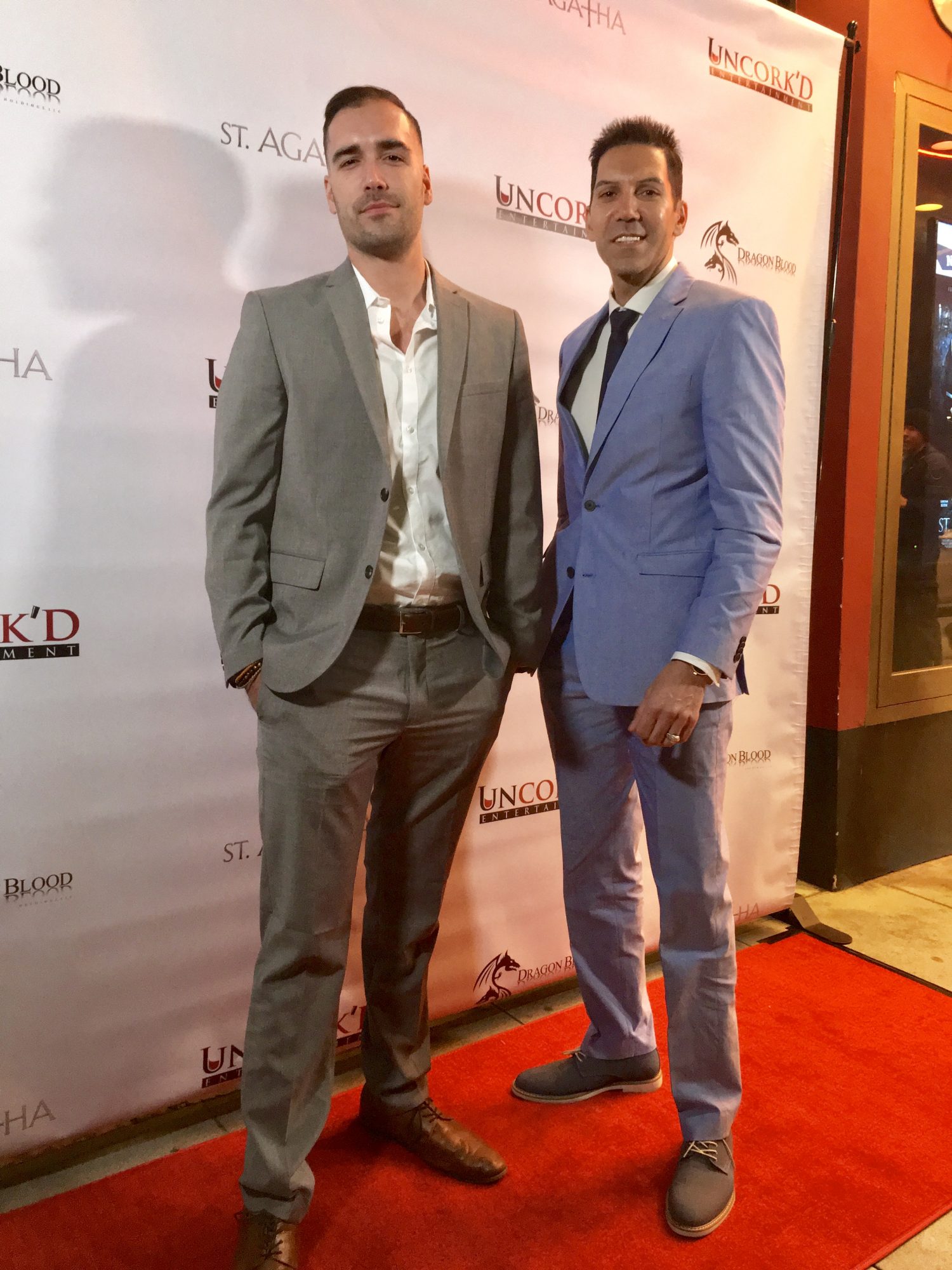 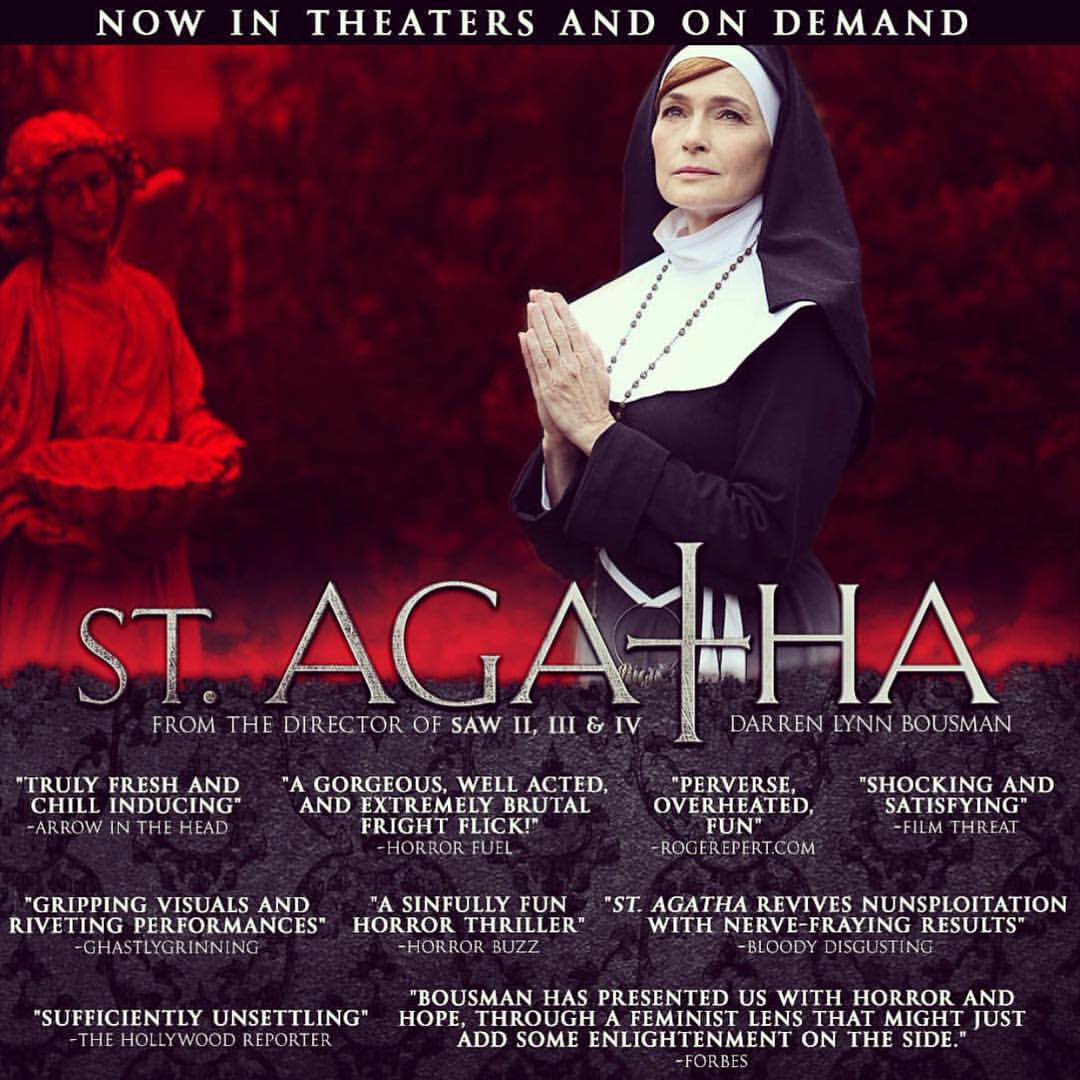 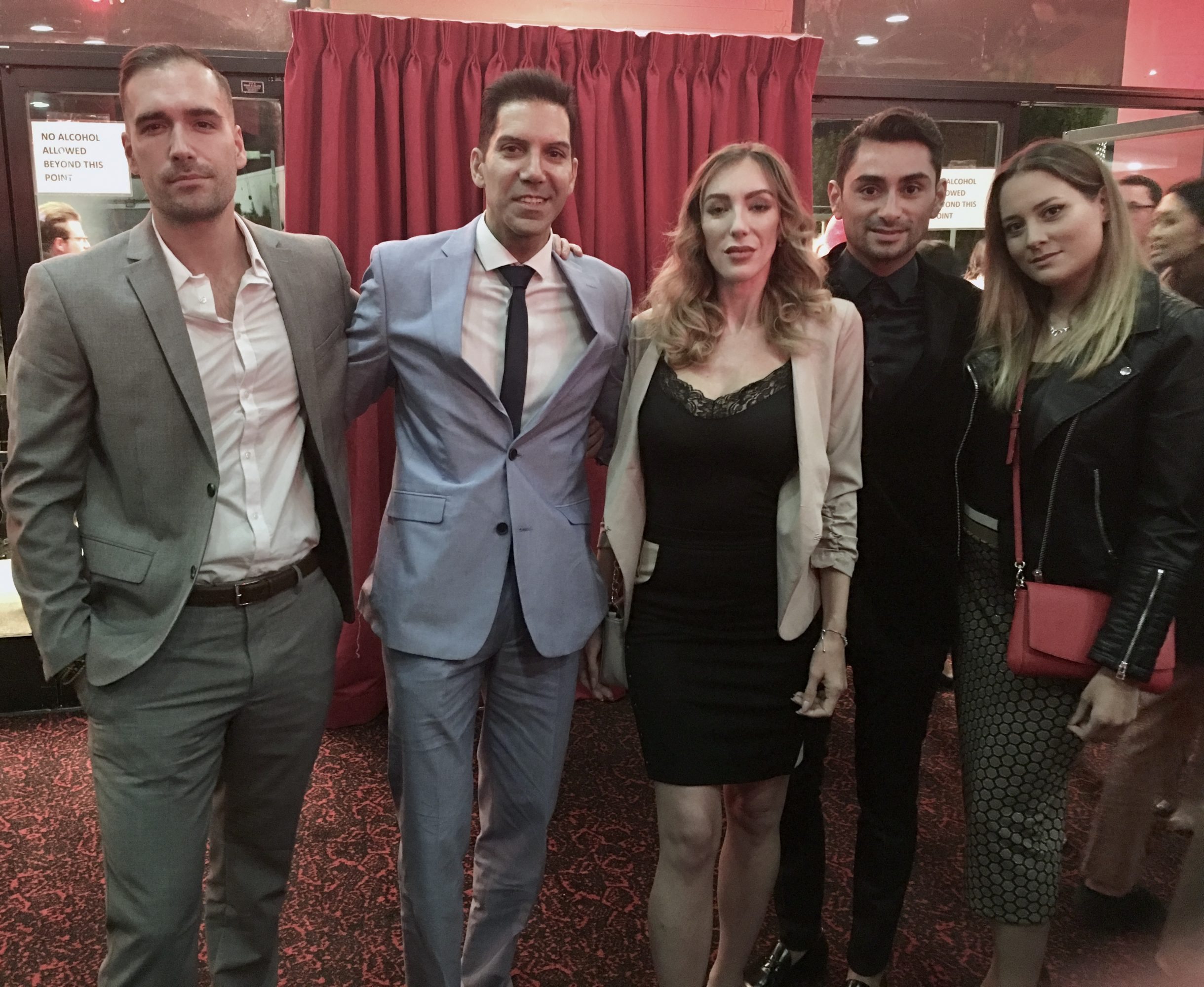 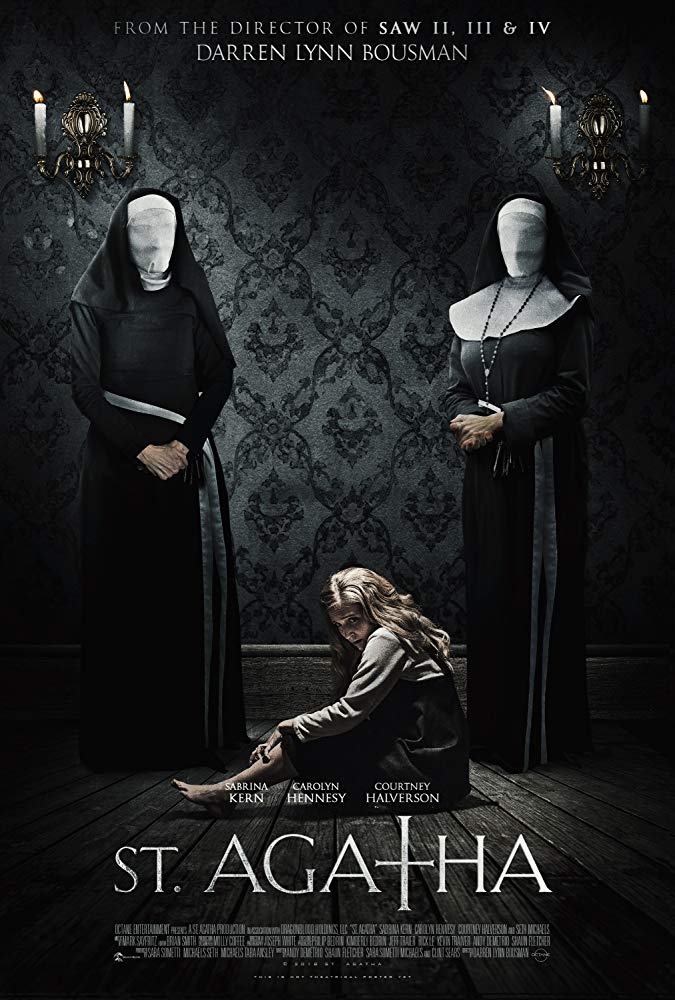