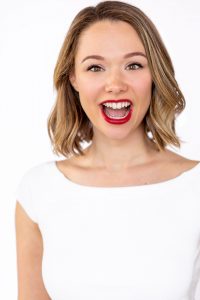 Today we’d like to introduce you to Shannon Hollander.

Thanks for sharing your story with us Shannon. So, let’s start at the beginning and we can move on from there.
Growing up in St. Charles, Missouri, I kind of stuck out… mainly because I was (and still am) a giant ham. I loved performing; for literally anyone or even just myself. I’d force my younger siblings to put on productions of Disney classics in the living room. I dragged my parents to county fairs across the state so I could sing and dance with the children’s group ‘Just Kids’.

At every family get together, you could bet there was going to be a ‘special performance’ by me, you’re welcome Hollander family… Once I even stole my dad’s old camcorder and filmed my own version of Star Wars. I made an excellent Luke Skywalker if I do say so myself. All I wanted do was perform. So really, I had no choice but to keep doing into adulthood, I literally had no other skills.

Since then, I’ve grown beyond those humble beginnings and have been fortunate enough to work professionally in TV, film, and stage. I got my start doing theatre in Chicago, where I had the great fortune to work and study with the acclaimed Steppenwolf Theatre Company, iO, and countless storefront theaters. Chicago’s theatre and improv community gave me the incredible opportunity to originate roles in world premier productions and to grow and explore creatively.

Now, having been scarred by Chicago winters, I’ve made the journey west to LA, where my career has continued to grow. You’ve seen me on Marvel’s Agent’s of S.H.I.E.L.D., Superstore, and most recently reminding you to keep your collars from sagging in a commercial for Downy Fabric Softener.

It’s awesome to see people who grew up and did what you could tell as children they always were meant to do.  Congrats on the success you’ve had so far. Has it been a smooth road?
I mean, does such a thing really exist? Because this road is littered with potholes, standstill traffic, and people that don’t use their turn signals… Making the transition from theatre to film; from Chicago to LA has probably been the most difficult. I had a successful acting career in Chicago. I knew all the casting directors and they knew me, I had a great agent I loved, and I was working constantly. Making the leap to LA meant giving all of that up to start over again, build new relationships, and create new work.

It was and still is incredibly hard, and its taken years to be in the place I am now. Where once again, I have representation I love and am so grateful for. I have professional relationships with some very talented writers, directors, and casting directors many of which I’ve had the privilege of working with for years and have become some of my best friends.

One of the very first projects I was cast in after moving to LA introduced me to my dear friend, frequent collaborator, and incredibly talented director A.T. White. That was six years ago, and we still make movies together. Most recently, I had a role in his first feature STARFISH that came out earlier this spring. That same production also introduced me to my amazing Manager, Aida Bernal. We all call her ‘Mama Shark’, because she looks out for us, her clients, like a protective mama, but she fights for us, and goes after opportunities, like a shark.

When I first came to LA, I couldn’t possibly have imagined what was in store for me, and there were many, many, MANY times I considered turning the car around and heading back to the Midwest. But I stuck it out, and each day I still get up and just want to play, to perform, and I consider myself unendingly lucky to be a full-time working actor. The road is still treacherous, and some idiot is trying to turn left from the right-hand lane, but all the obstacles keep me on my toes and make the destination that much more special.

We’d love to hear more about your work and what you are currently focused on. What else should we know?
As an actor, I want to play everything. I grew up watching countless hours of TV and film imagining myself in all of it. I’d pretend to be Topanga in ‘Boy Meets World’ one day and then practice crying on cue to be ‘The Little Princess’ the next day. I want to do all of it.

I’d love to cultivate a career where I have the opportunity to make people laugh like on all of my favorite comfort food sitcoms. But I also really love independent films and more specifically, weird creative genre films that allow you to play outside the bounds of reality. Really, truly all I’ve ever wanted to be was my own version of ‘Buffy the Vampire Slayer’. You know, a badass female lead, with a quippy sense of humor, who gets to tell some pretty fantastical stories.

I’m probably the most proud of just continuing to stick it out and adapting to an industry that is constantly changing. Recently, I’ve been creating more of my own work, and I’m loving having more ownership over the stories I get to tell. I’m currently in post-production on a short film that I wrote, directed, and starred in called ‘In The Air’, and I’m so eager for it to be out in the world.

How do you think the industry will change over the next decade?
Listen, we’re in the midst of a television explosion. With so many streaming services and new ones being added everyday, the way we watch TV and entertainment in the home has completely changed. I mean, there are over 500 scripted shows to watch at any given moment. That’s an enormous amount of content and its very exciting to be a small part of this time in television history.

I’m not sure where the industry is going from here, but I love the move to greater diversity both in front of and behind the camera. I’m so inspired by these female-driven production companies that are making a commitment to tell stories that center around women and people of color. I have big plans to follow in the footsteps of women like Reese Witherspoon and her company Hello Sunshine and Jessica Elbaum with Gloria Sanchez. As my career and the entertainment industry continues to grow, I think we have a responsibility to create a space for new, diverse stories that challenge our sensibilities and introduce us to new ideas. 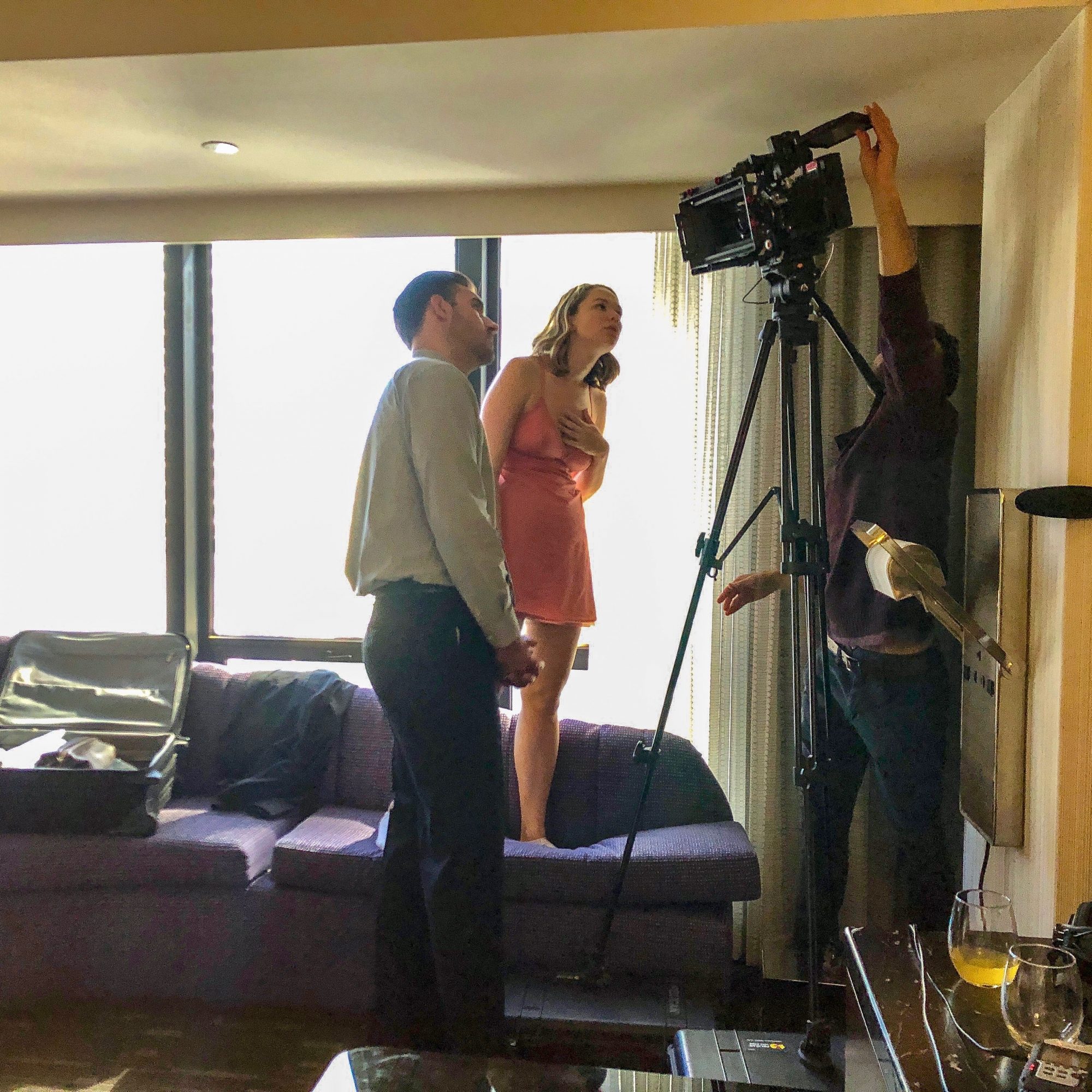 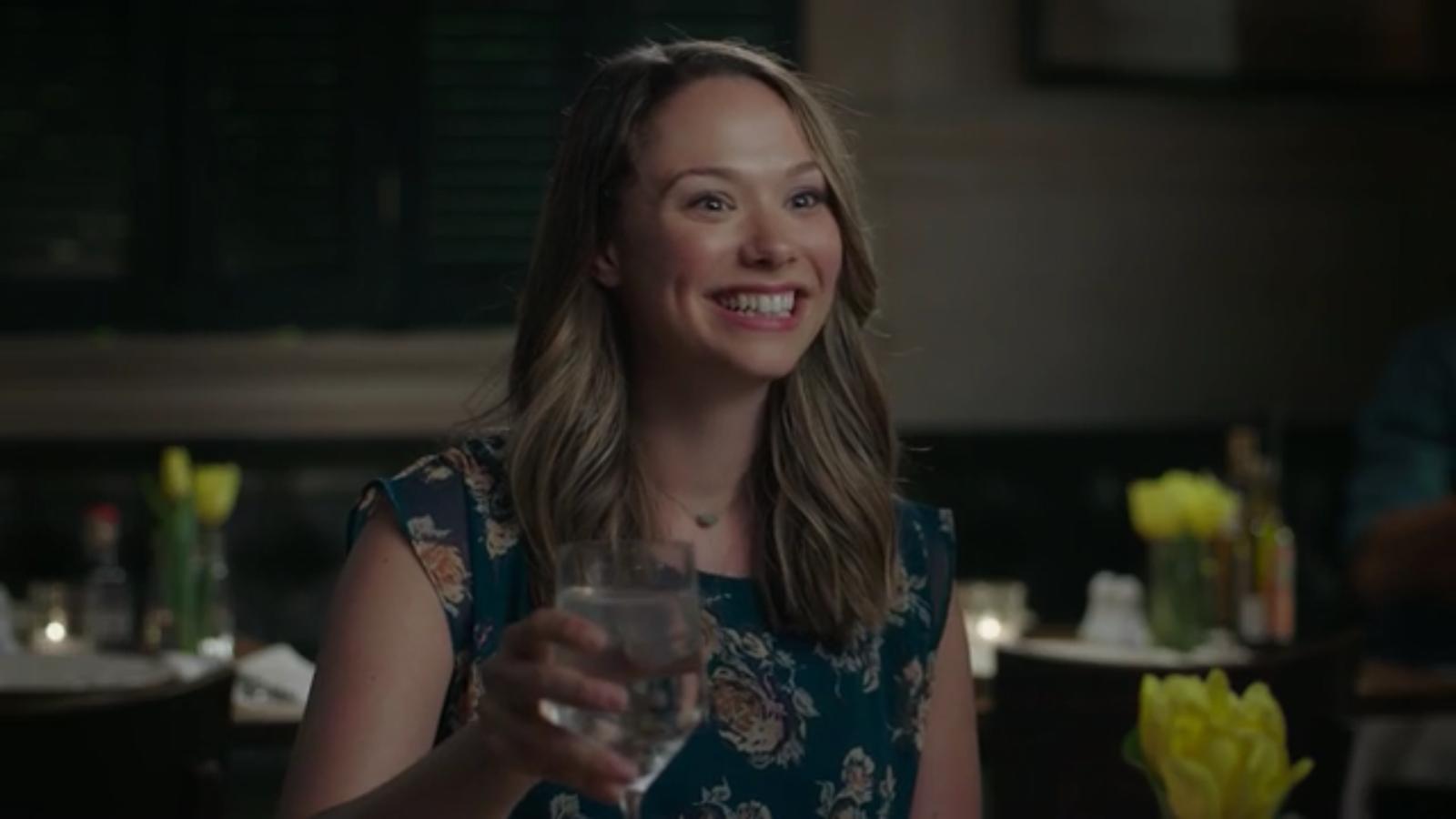 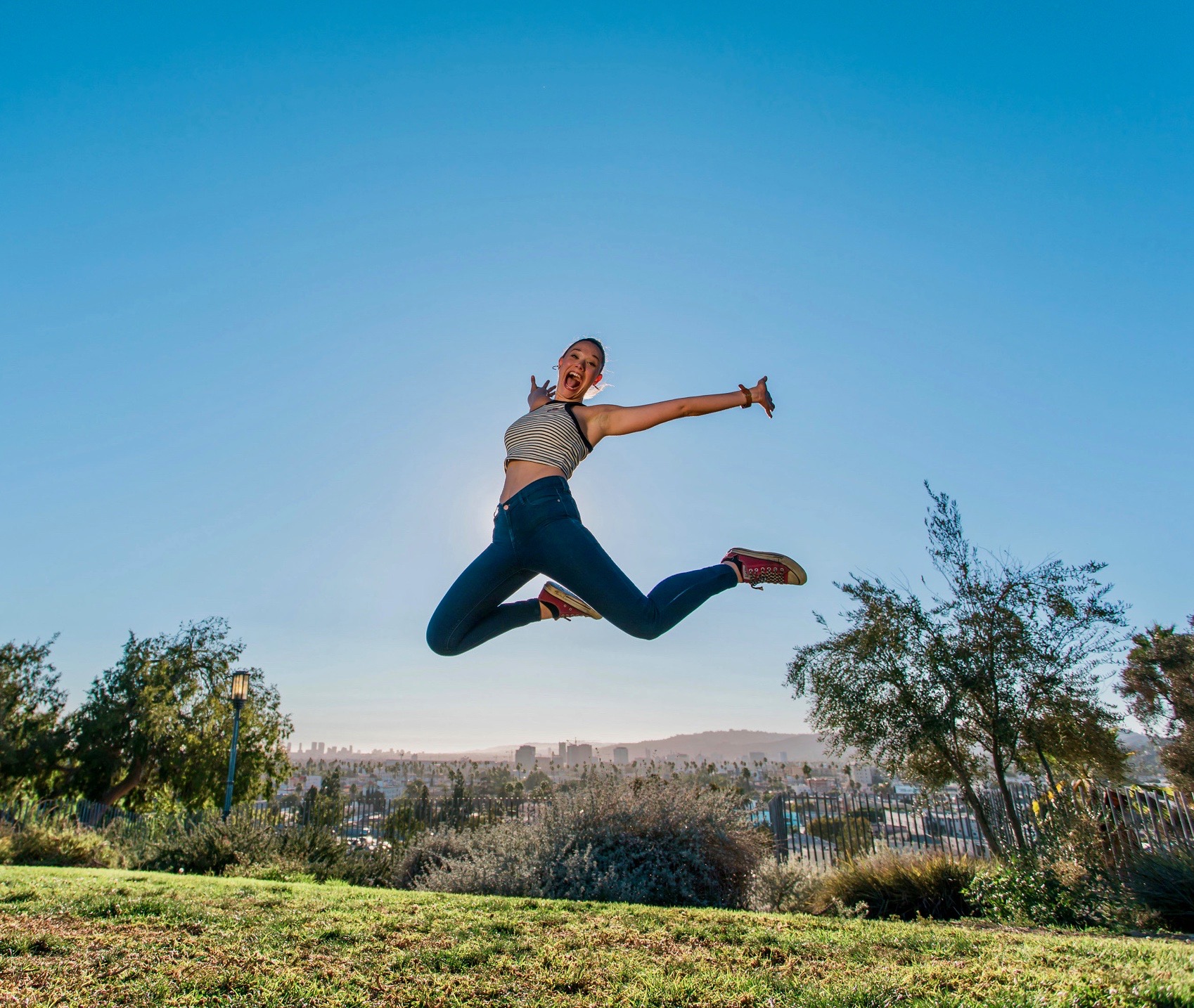 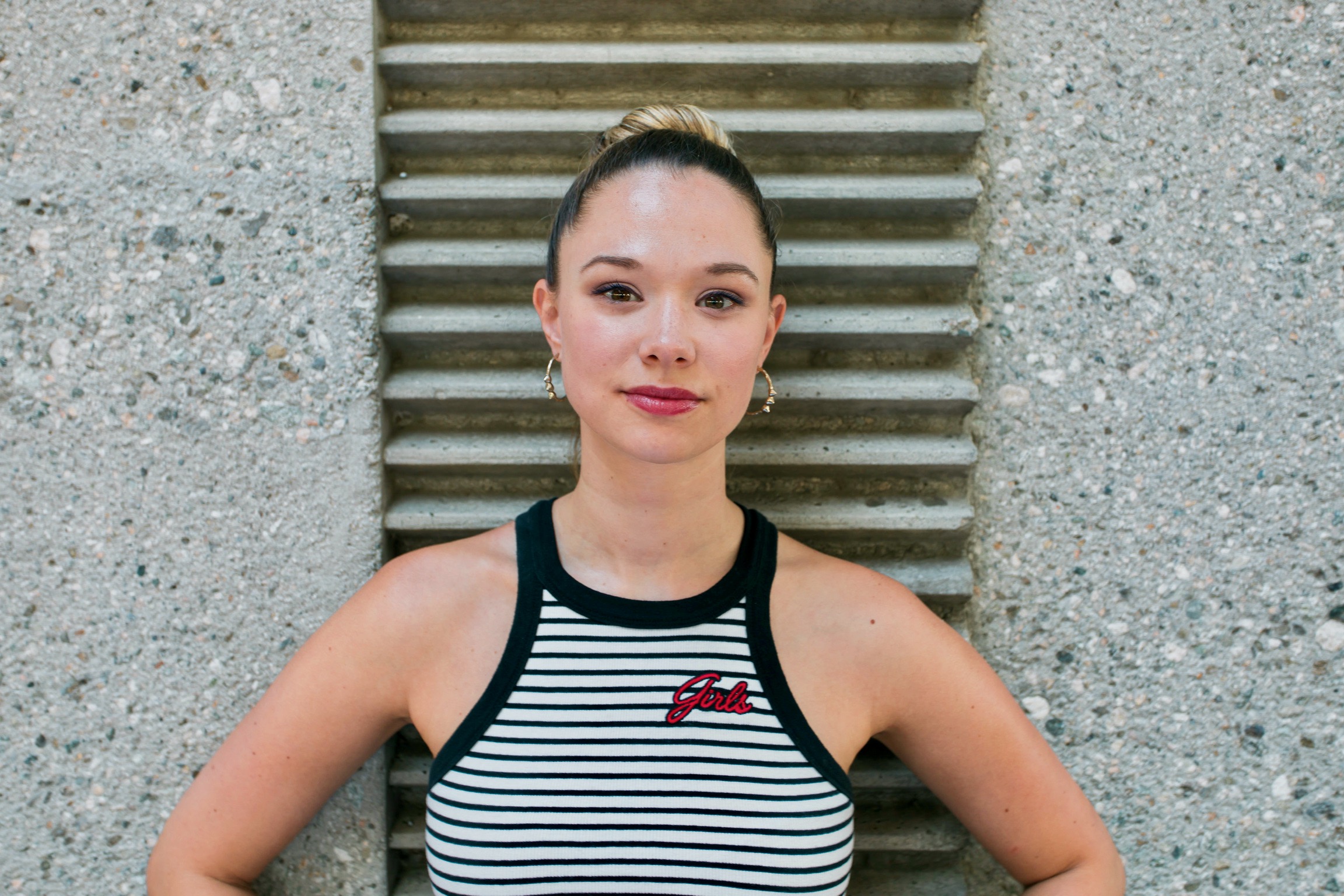 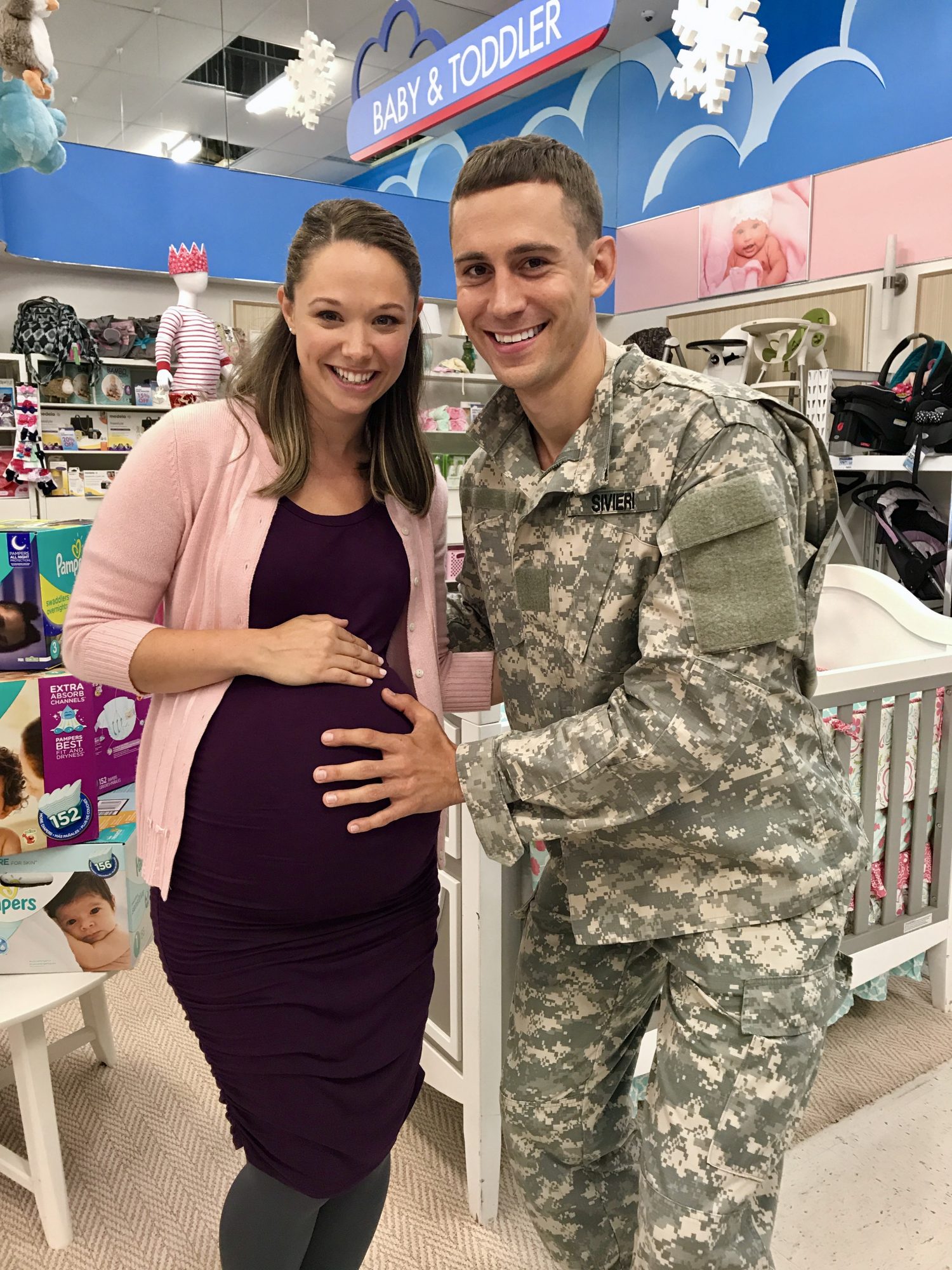