Today we’d like to introduce you to Shannan E. Johnson.

Shannan, let’s start with your story. We’d love to hear how you got started and how the journey has been so far.
I was that weird kid who drew pictures of books when the teacher requested we draw what we want to be when we grow up. Everyone wanted to be doctors, nurses, athletes… Me, a writer. A book was all I could think of to represent that. #dontjudgeme So my journey began. It wasn’t until my senior year in college that my mother randomly sent me an article from Essence magazine about a black female TV writer that BOOM! my mind was blown. This is what I actually wanted to do. I naively had no clue that there were writers who wrote specifically for the screen. But thanks to my mother (moms always know best), I decided to attend Film School for grad school.

During my matriculation as one of six writers in the Florida State University MFA Writer’s Program (1 of 2 women and the only black student), one of my instructors hit me with the biggest, most life-changing shade during a writers’ group session: (I’m paraphrasing but the shade still applies) How are you so good at helping others out of their writing holes but you can’t do it for yourself?” A punch in the face. Don’t get me wrong, I’m a great writer but that question was my “a ha” moment. Helping other writers is the part I love.

So BOOM! I decided post Film School to go into development instead of the traditional writer’s route of begging to be an assistant then groveling to get an episode then praying to continue to be staffed. I entered the Entertainment Associate’s Program at NBCUniversal and became a junior creative executive at The Syfy Channel. It’s there where I honed the skill to take writers, producers, directors, whoevers from script to screen.

Then I quit. Joined a dance company in Washington, D.C. Travelled the world as a performing and teaching artist (19 countries, 48 states) and booked a few Broadway National Tours. When my body became over me (my knees… my back…) and I became over the audition process (don’t get me started on equity auditions), I moved back to LA with no place to live and no job. Talk about taking a leap. I applied to more than a hundred jobs. The only interviews I got were for unpaid internships. So, I decided since Hollywood wouldn’t let me back in through the front door, I’d climb through the ceiling. I’m great at what I do: developing writers and their content. And now, The Professional Pen has been flourishing consulting screenwriters of all levels, teaching online screenwriting courses, and giving away #freegame on Instagram. Follow me.

We’re always bombarded by how great it is to pursue your passion, etc – but we’ve spoken with enough people to know that it’s not always easy. Overall, would you say things have been easy for you?
The largest obstacle is that marketing almost solely lives on social media. Finding and growing an audience isn’t as easy as it looks, and I’m no marketing major. I quickly had to study up on branding, promoting, and selling enough to create a clear voice and look for my business. The good part about that is I am The Professional Pen. I use Shannan E. Johnson’s voice unapologetically. I speak to people in layman’s terms because I believe in effective communication. So, I have built a brand on “keeping it real,” which only means I’m honest, transparent and trustworthy. I’ve taught my clients that I’m in their corner. It’s not about the coin, but yes, I’m a consultant, so run me my coins.

So, as you know, we’re impressed with The Professional Pen – tell our readers more, for example what you’re most proud of and what sets you apart from others.
The Professional Pen offers services for creatives who tell stories for the screen. I believe if you develop the writer, the content will come. So my services and feedback are writer-centered. I give detailed notes to help the writer understand their story problems so that they cannot only fix them in this screenplay but will see the problems as they arise in future scripts and be able to solve them themselves. I’m an accountability partner who offers logline reviews, screenplay analysis on the first 15 pages, development notes on the full screenplay, polishes, rewrites, proofreading and formatting, converting to Final Draft (industry standard, spend the money to get it. It’s worth it), and pitch consultations.

I’m most proud that my company is less than two years old but has made its mark in the industry with clients selling screenplays, getting into development deals, securing managers, winning competitions, getting staffed and running their own shows. I’m proud that the majority of my Pen Pals (our Tribe) are returning customers. They trust me because they know I’m rooting for them.

What makes me different from those who offer similar services? A. I’m me. Each of my clients purchases my services because they want me. And me is who they get. Not an intern. Not an assistant. Me. B. A lot of services offer script coverage. I don’t because I believe coverage is valuable to the executive who needs to decide whether to read a screenplay, but coverage doesn’t help develop the writer or the story. I provide page-by-page detailed notes that get writers out of the sunken place and into the light. I’m a teacher at heart, so that’s what my clients get – an education on story anytime we work together.

So, what’s next? Any big plans?
I plan to continue to provide services for those looking to get into the biggest gated community in the world – Hollywood. Many of us are on the outside trying to get the passcode while those on the inside wrinkle their noses and only provide the code to their friends. I look forward to working contractually with production companies and studios to help them develop content and to provide rewrite services (most screenplays are being rewritten before they hit the screen, may as well pay me to do it.)

In addition, I am planning a tour to HBCU’s (Historically Black Colleges and Universities) to guest lecture as an artist en residence in screenwriting. This is the first step in eventually building a screenwriting program (not film, not communication, not creative writing – screenwriting) at an HBCU to prepare black students for the world of storytelling for the screen.

In the meantime, I’ll continue to speak at screenplay conferences and film festivals and teach workshops around the world while providing screenwriting instruction at the New York Film Academy – Los Angeles. 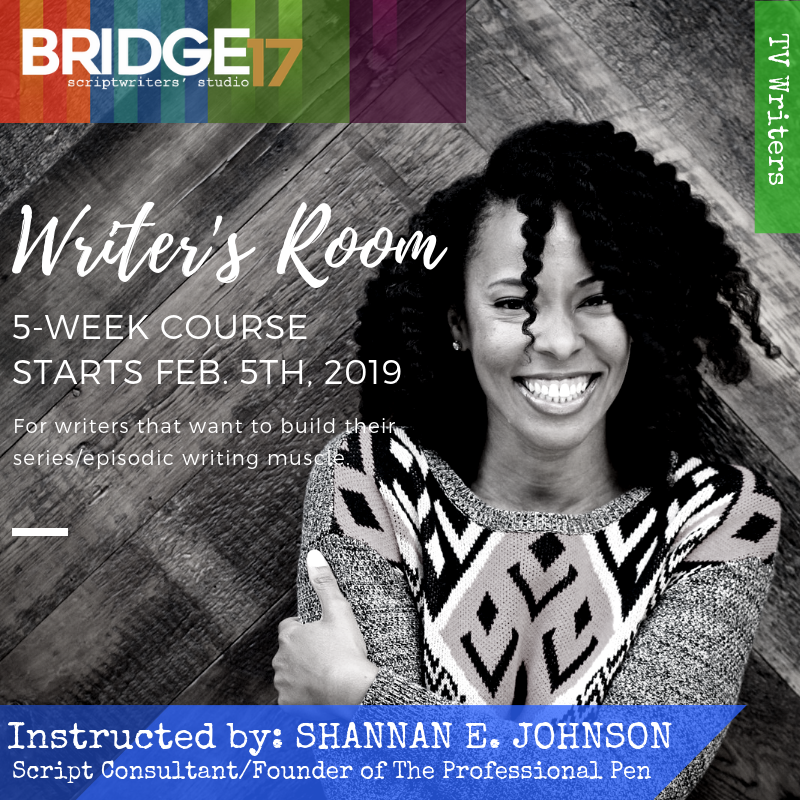 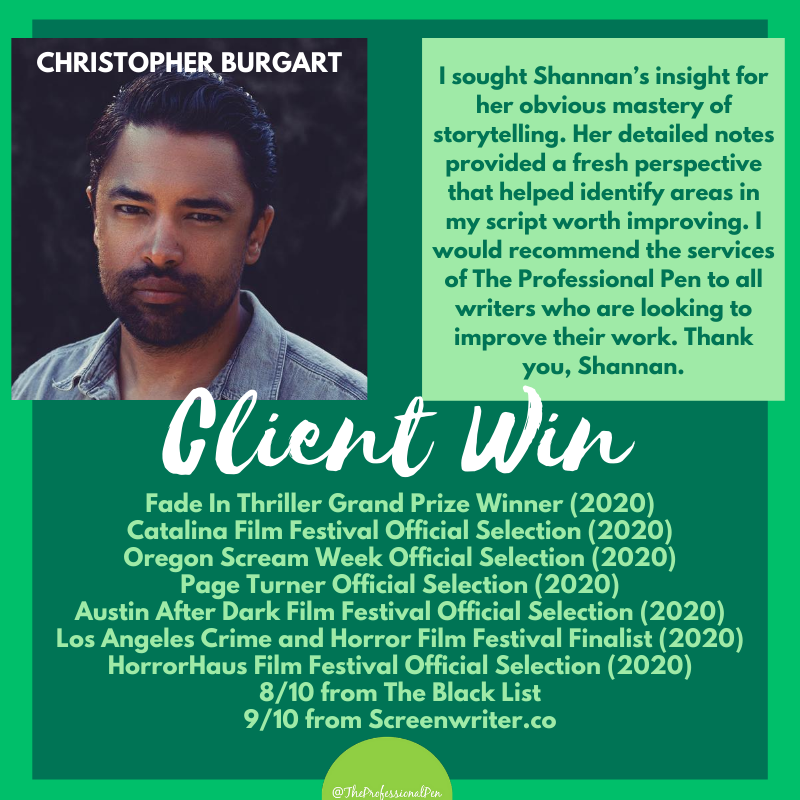