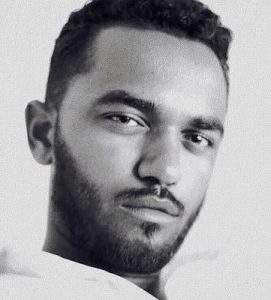 Today we’d like to introduce you to Jordan Shanks.

Jordan, before we jump into specific questions about your work, why don’t you give us some details about you and your story.
I’m Jordan Shanks–a writer, filmmaker, photographer, and actor. I grew up in a small town near Richmond, Virginia. I’m from a large, close-knit family whose roots are African-American, Puerto Rican and Caribbean.

I graduated in 2018 from Howard University in Washington, D.C., where I earned my bachelor’s in Television and Film Production. I’ve spent the past year in Los Angeles and New York City pursuing my dreams in the entertainment industry.

As a kid, I wrote poetry, and I taught myself photography around the age of 12 after I found a camera. Today, my work as a filmmaker and photographer comments on aspects of the American experience and gives audiences glimpses of my generation of Millennials and our identity.

My first short film, titled “7” was recently released after three years of work. I served as the writer, director and producer. The film is a cinematic diary of my undergraduate experience at Howard, one of the country’s oldest historically black colleges and universities (HBCU). The film is an intimate portrait of Black collegiate life.

I was psyched when “7” premiered on May 2018 at Landmark Theatres in Washington, D.C. In September (2019), the movie was an official selection at the Afrikana Independent Film Festival. It’s now on the festival circuit.

My photography chronicles youth & pop culture, fashion, the social justice movements and protests that have swept our country and more. My inaugural photo exhibition “Love Letters to America,” made its debut in the nation’s capital while I was in college. It led to a feature in Ebony Magazine. My photography has also appeared in newspapers and media outlets.

Back in college, I also spent one of my Spring Breaks in the Middle East. I filmed, photographed and interviewed children and adults in refugee camps on the Syrian/Jordanian border, documenting the humanitarian crisis.

As an actor, I’ve made appearances in the hit NBC series “This Is Us” and will be in a forthcoming Travel Channel episodic thriller “Shadows of History” hosted by Robert Englund.

Great, so let’s dig a little deeper into the story – has it been an easy path overall and if not, what were the challenges you’ve had to overcome?
I have been out of school for about a year now, and the industry I’ve entered feels surreal. It’s exciting being in rooms with industry power players. I’ve met famous directors, celebrities, and powerful executives.

I’ve attended workshops hosted by the Academy of Motion Pictures Arts and Sciences, the Producers Guild of America, and the Entertainment Industry College Outreach Program. A talent development initiative that introduces students of color to the entertainment industry.

Working at companies like YouTube, Complex and Anchor Entertainment have meant long hours and paying my dues. But there have been some perks. For instance, I once filled in for a celebrity at the `Dancing With the Stars’ auditions. I’ve walked the red carpet at the NAACP Awards and partied at Coachella. These are the types of moments when I pinch myself.

But don’t get it twisted. Anyone who is pursuing their dream in Hollywood or anywhere understands that THIS. IS. NOT. EASY. I’m currently responding to these questions from my iPhone because my laptop broke down. My bank account is on E at any moment. My dating life is on some other $#@^*! I’ve lived with roommates in way too close quarters to defray the high costs of rent in Los Angeles. In between gigs, I’ve tossed pizzas, waited tables, etc.

But I know God has a plan for me. I have big dreams and the heart of a hustler.

Tell us more about your work.
Although my career is just beginning, I’ve been really fortunate in terms of my professional experiences. I’ve interned for Congress on Capitol Hill, designed sneaker concepts for Under Armour via the Pensole program in Portland, and interned as a reporter for a local DC newspaper. My assignments included covering the Supreme Court and then-president Barack Obama.

In Summer 2018, I was one of three filmmakers selected for YouTube Premium’s first Development Associate Program in Los Angeles. Prior to that, I worked in production at Complex Networks in New York. I’ve also done a summer at USC’s School of Cinematic Arts where I studied television comedy and sitcom screenwriting.

At heart, I’m a creative. While I look forward to doing high impact film and television projects with the major Hollywood studios and players, I’m also excited about my own independent endeavors. I founded Shanks Studio to create indie projects that allow me the space to tell stories that have yet to be told.

One of the topics my film “7” touches on is my experiences as a first-generation college student. I didn’t have a roadmap coming into school, and I knew very little about what it would take to graduate; the need for academic advising, financial aid, etc. As a young writer and director, I felt like it was important to share this story. And I want to tell other authentic stories that resonate with my generation and people from different walks of life.

I’m currently directing a number of music videos with some incredibly talented musicians. I’m collaborating with a creative partner on a fun reality web series that involves food. I’m writing a script about my family’s American journey. It will include characters like my grandmother who came to this country as an immigrant and is now almost 100 years old. And I keep in touch with fellow creatives (many of whom are people of color) in writers’ rooms, at festivals, parties, etc.

Is there a characteristic or quality that you feel is essential to success?
First, I’m thankful to God. My parents, siblings and extended family are supportive and loving. I have an awesome group of friends. My advocates and mentors are incredible. One whom I call `Kris Jenner’ has moved mountains behind the scenes. From my college alma mater, to complete strangers whose financial gifts helped me finish school. I’ve had and have a strong village of cheerleaders in my corner. That keeps me going. But more than that, I just feel that God has a special plan for my life that is far bigger than what I can envision right now. 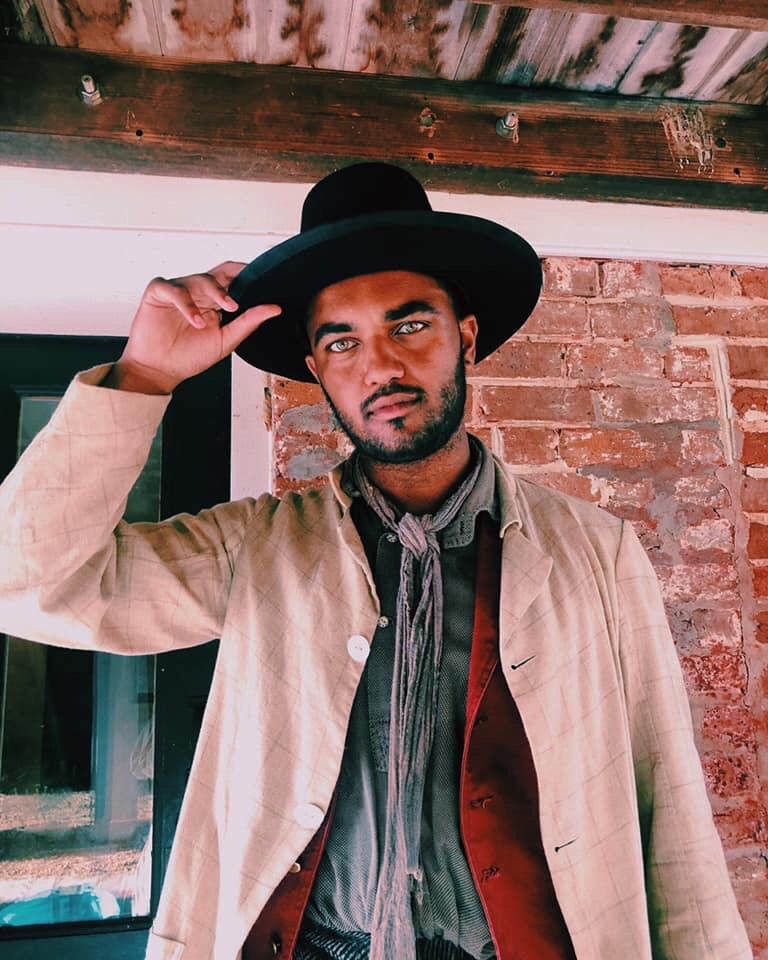 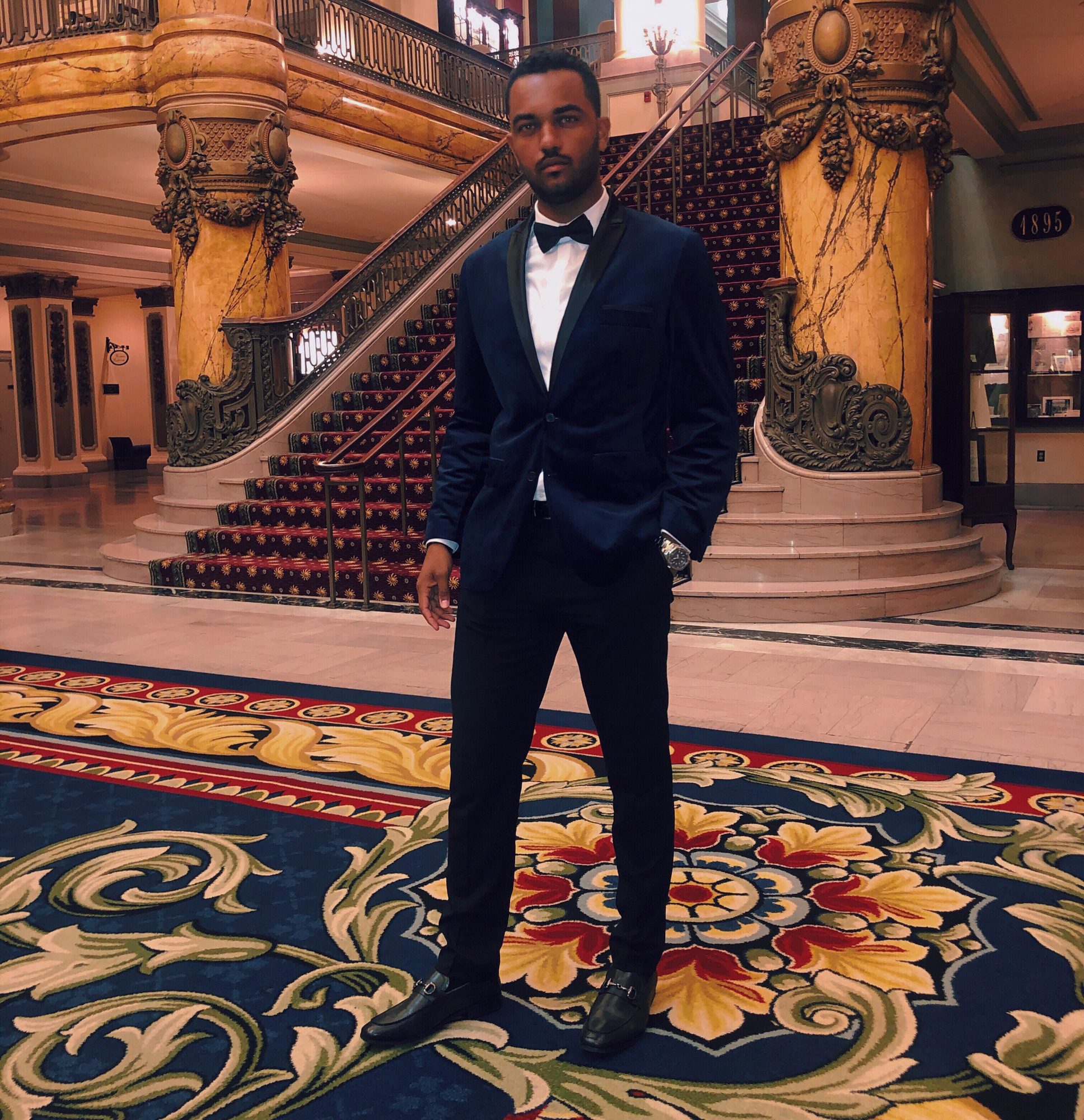 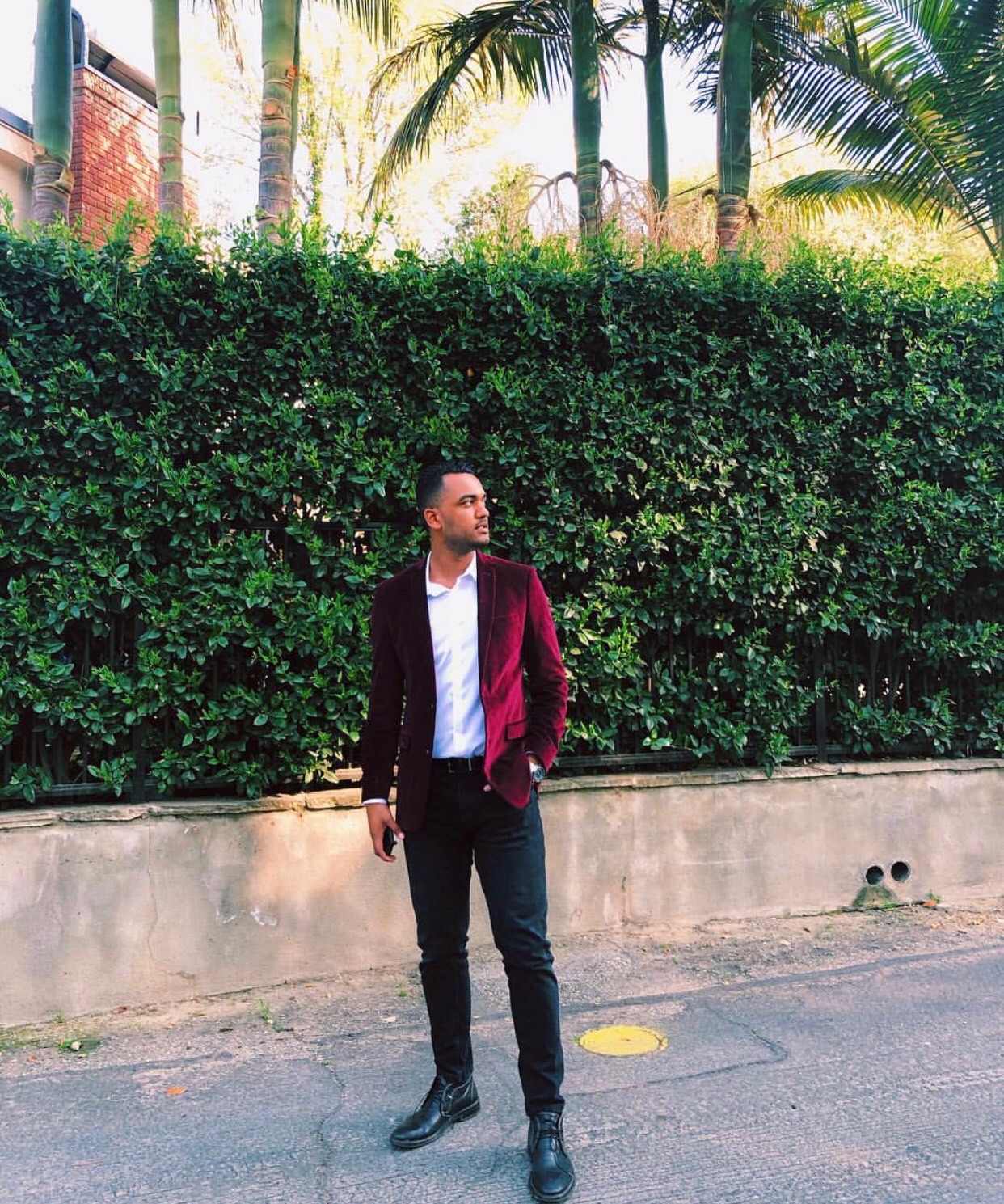 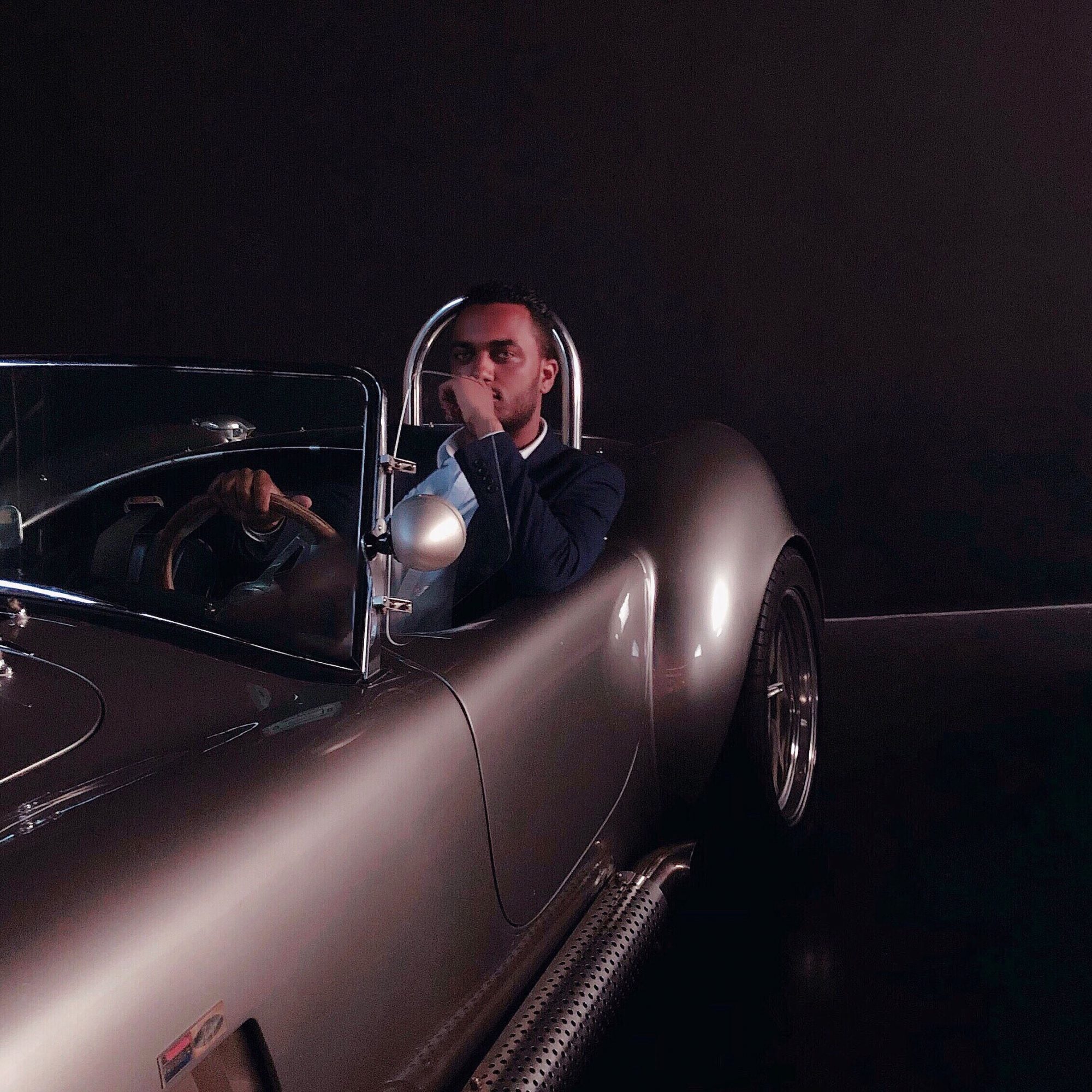 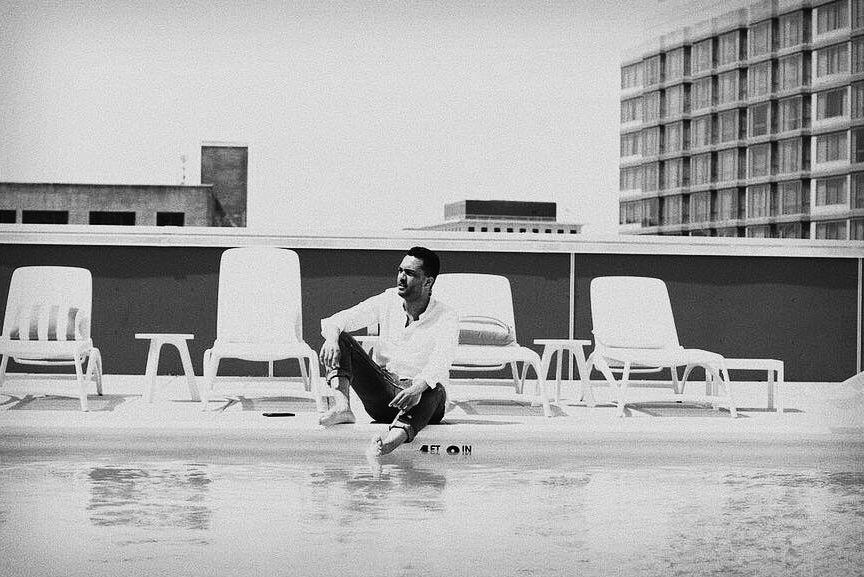 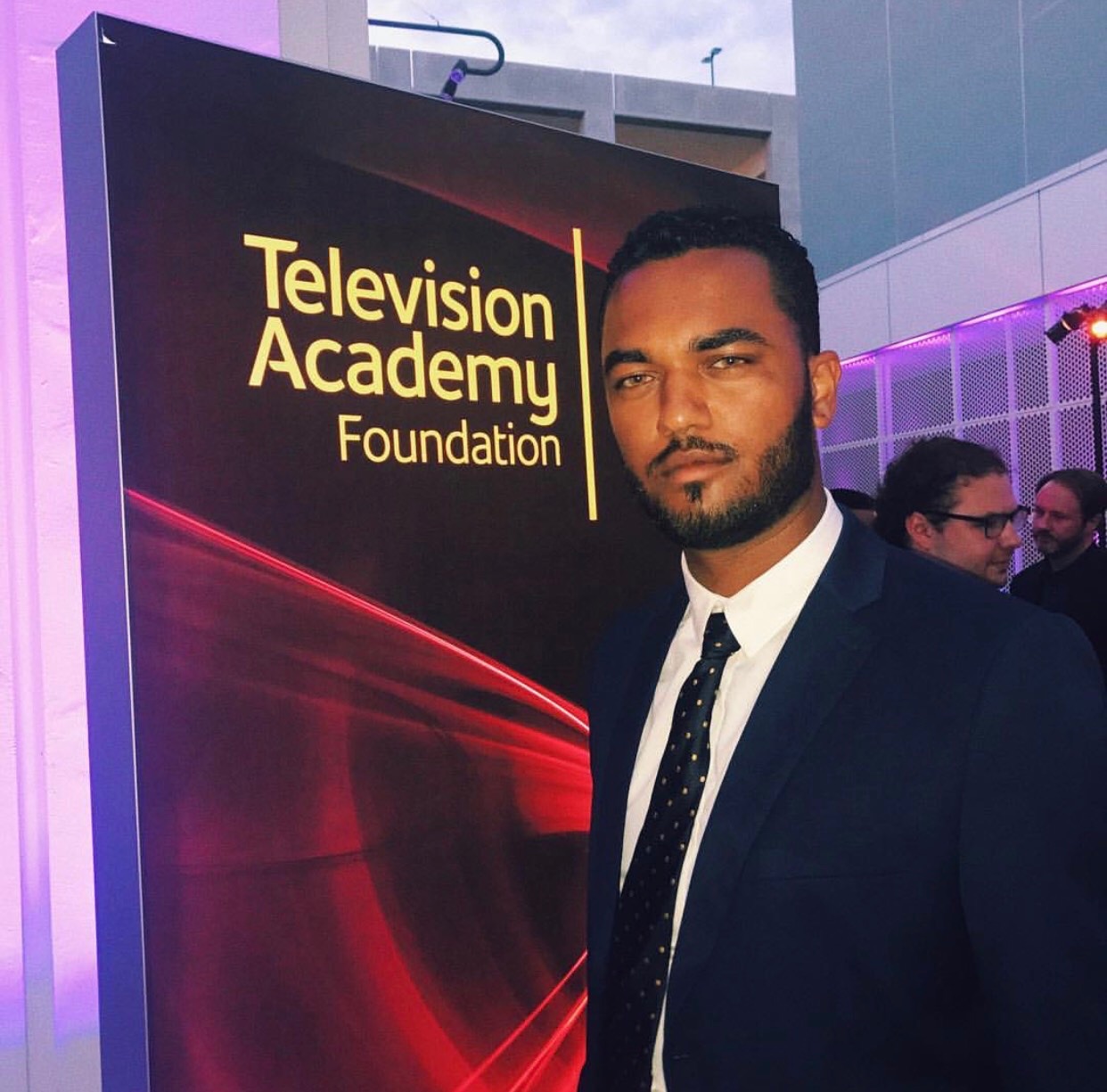