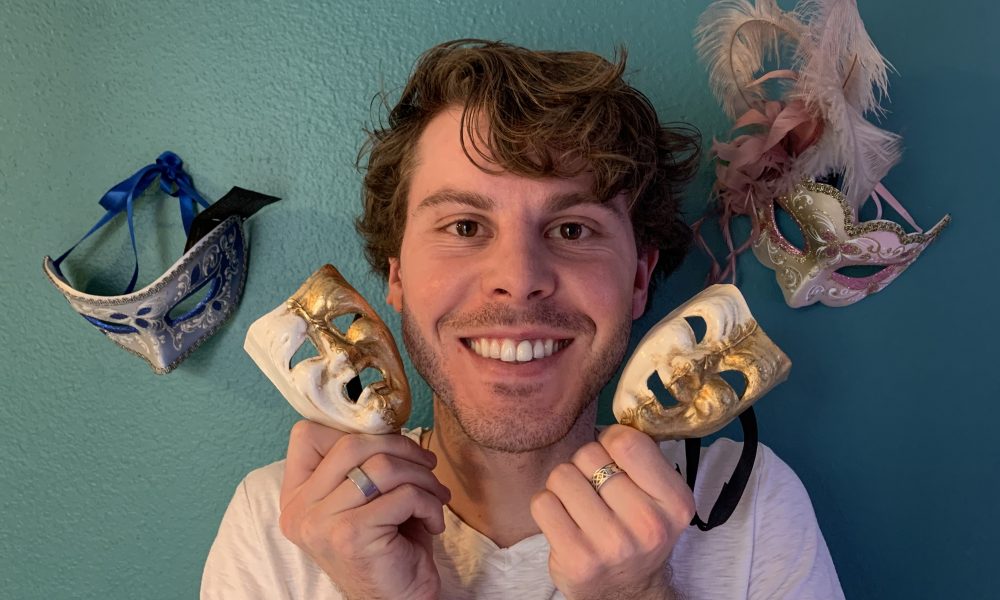 Today we’d like to introduce you to Shane Monaghan.

Shane, please share your story with us. How did you get to where you are today?
How did I get started with acting? Honestly, it probably started when I was little. I was known as the ham baby and not because I was chubby, that was my brother, but because I wanted attention all the time and wanted to show off. I attended a children’s performance camp once or twice, but I never really took it seriously. I never could take direction well as I was a rambunctious child.

But later, When I was in Little League, the show Veronica Mars wanted actual Little Leaguers to be extras in one of the episodes. I thought it was the coolest thing because I was going to be on camera. I remember seeing where the camera was set up and thinking “I need to be right next to it because this is going to be on TV”. Not the most flattering look of me…but I was six years old and I thought I would’ve been famous… from that five-minute scene… in which I didn’t talk…real smart thinking there Shane.

After that, my acting journey began kind of by accident. When starting high school, I needed to take two elective courses. I was finishing up my Language requirement which meant I had one still open. So, who did I go to for advice? My parents, naturally. I mean they know what high school electives in the 21st century are; Right? They were disappointed when Woodshop and Home Ec were no longer on the electives course choices. My dad, who was a Theatre Major in College would talk about his Theatre days and how much he enjoyed acting. He brought out some newspaper clippings and his bamboo shinai from one of his productions and I was sold. I 100% thought that in my beginning acting class, in high school, as a freshman, we would be given bamboo swords and learn stage combat…I was wrong. I did not get a sword until college, so my dream did come true…just five years later.

So, as I took the acting class and learned what Theatre was and how nothing can work in the theatre without collaboration; I fell in love with it. I took Theatre all four years of high school, was cast in four productions, and got my Varsity Letter in Theatre. After high school, I had no idea what I wanted to do because it was either Theatre, where my heart was, or Chemistry what I thought was fun and where money might be. I am not one of them over the top stereotypical actors only singing melodies from musicals and if asked about anything other than theatre has no idea. I believe that as an Actor, you should know as much as you can about everything because you never know when a role will call on that knowledge. I digress…SO…after high school I went to Community College and was cast in 10 different productions in three years, got my heart broken by a couple of ladies; definitely was immature and thought that I could separate acting with real-life…yeah that went exactly how you picture it in your head…TERRIBLY…and during all this time I graduated with an AA in Theatre: Acting Emphasis with Honors. During this time, I also became Level 1 certified with Dueling Arts International in Small Sword, Broadsword, and Quarterstaff. Finally got my stage combat wish!

Since graduating, I have done Voice Over work, including Vocal Foley. I have also performed in Community Theatre in San Juan Capistrano, participated in San Diego’s International Fringe Festival, been a part of the inaugural season of a New Play Festival in Long Beach, and participated at my Alma Mater for a Halloween Fundraiser. I have also participated on three different productions as Stage Combat Advisor for the local High School and Community Theatre Lake Forrest.

I have been directed by my talented brother who is a Character Amination BFA4 at CalArts multiple times, I have acted alongside my dad and brother on multiple productions. My fiancé has written shorts and helped produce a couple of short films that we have done together. And I make sure I always have art surrounding my life.

My life with acting and the Theatre has really been a rollercoaster of a journey and it will continue to do so, which I am fine with. I know that my family and my fiancé will always support me. I mean, I am engaged to a wonderful human who understands my passion for the Theatre and accepts the financial instability. I used to not tell people what I did because I didn’t want to see that judgmental look in their eye and didn’t want to hear the, “so how are you going to make money” question. Now I know that during this time of Covid in which people are stuck inside, they yearn for the arts. Theatre is the undying artform that challenges so many of us and I am proud to be a part of it.

Has it been a smooth road?
This has never been a smooth road for me. I honestly have doubted my choice of being an Actor a lot. It is probably not a healthy thing for me to do; but, in the past couple years I have been accepting it more and more.

As an actor, I thought I could cruise on by not understanding the character and that playing the surface would get me by. It actually did throughout high school and a little bit in college. The biggest struggle for me was knowing myself. Growing up, I put on different masks to appease one person or another. I didn’t know this until I needed to perform an auto drama and I dramatically portrayed the three most prominent masks that I wore throughout my life; the Nerd, the Jock, and the Lover. Each one consumed me so much that I cut people out and didn’t let other people in because it was who I thought I was. The struggle was looking in the mirror at 23 and knowing the pain that I caused myself because I wasn’t being truthful about who I was. Every aspect of my life was affected because I thought I needed to be a certain stereotype, I thought that in order for me to survive I could only be one thing. Then I realized that I was a complex person and because I was only scratching the surface with myself that I was only scratching the surface of my characters. At the end of my auto drama, I didn’t do a new mask because my face is what the world sees, not a mask. People aren’t interested if you are two dimensional, and that’s how I was living.

To this day, I have no idea if I chose the right life, honestly. I do have my family to support me through it as well as my fiancé who has supported me through the meltdowns and helped me build myself back up.

We’d love to hear more about your work and what you are currently focused on. What else should we know?
I am known for my dazzling smile and spunky personality. Just kidding. I would like to think that I am mostly known for my work ethic. I have been told that I am reliable, able to take direction well, a collaborator, a fun person to have on set and backstage, and most importantly I am humble.

I would like to say that I am a 5-tool threat, but I know that’s not true. I love comedy and I really enjoy making people laugh. I have been in comedic shows, dramatic shows, two-person shows, a musical, movement pieces, children shows, and multiple different short films. I was a founding member of a new Children’s Theatrical Company in Long Beach, CA that was geared towards allowing children to learn about the different emotions that they might be feeling and how to express them. It was the second time that I was involved with children’s theatre and watching the children believe in the magic of what was happening on the stage without having to tell them is amazing. Adults really can learn more from children than they can learn from us.

What sets me apart is that on multiple occasions, I have been cast before I have even auditioned because my name was given as a referral as an actor who is great to work with and will give each role it’s all. I am extremely proud that my work ethic has grown over the years and I have matured into an actor that all of the directors would like to work with me again. I am proud that I feel comfortable making a fool of myself and trying different things in order for the director to see their vision either on the stage or on film.

Let’s touch on your thoughts about our city – what do you like the most and least?
I like our city because of how diverse it is. I also really enjoy how many different opportunities there are for the Arts. I least like the traffic in the city! 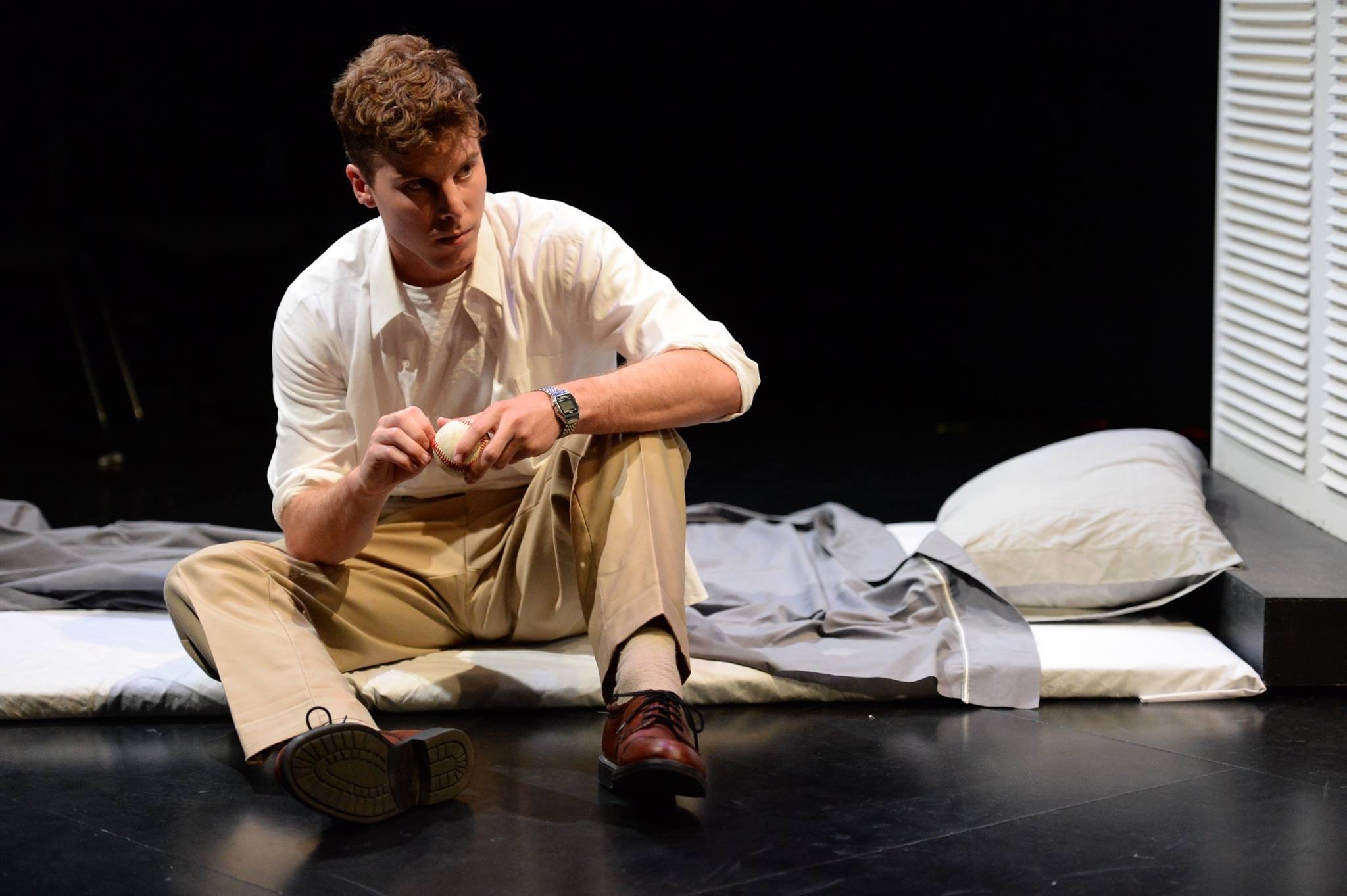 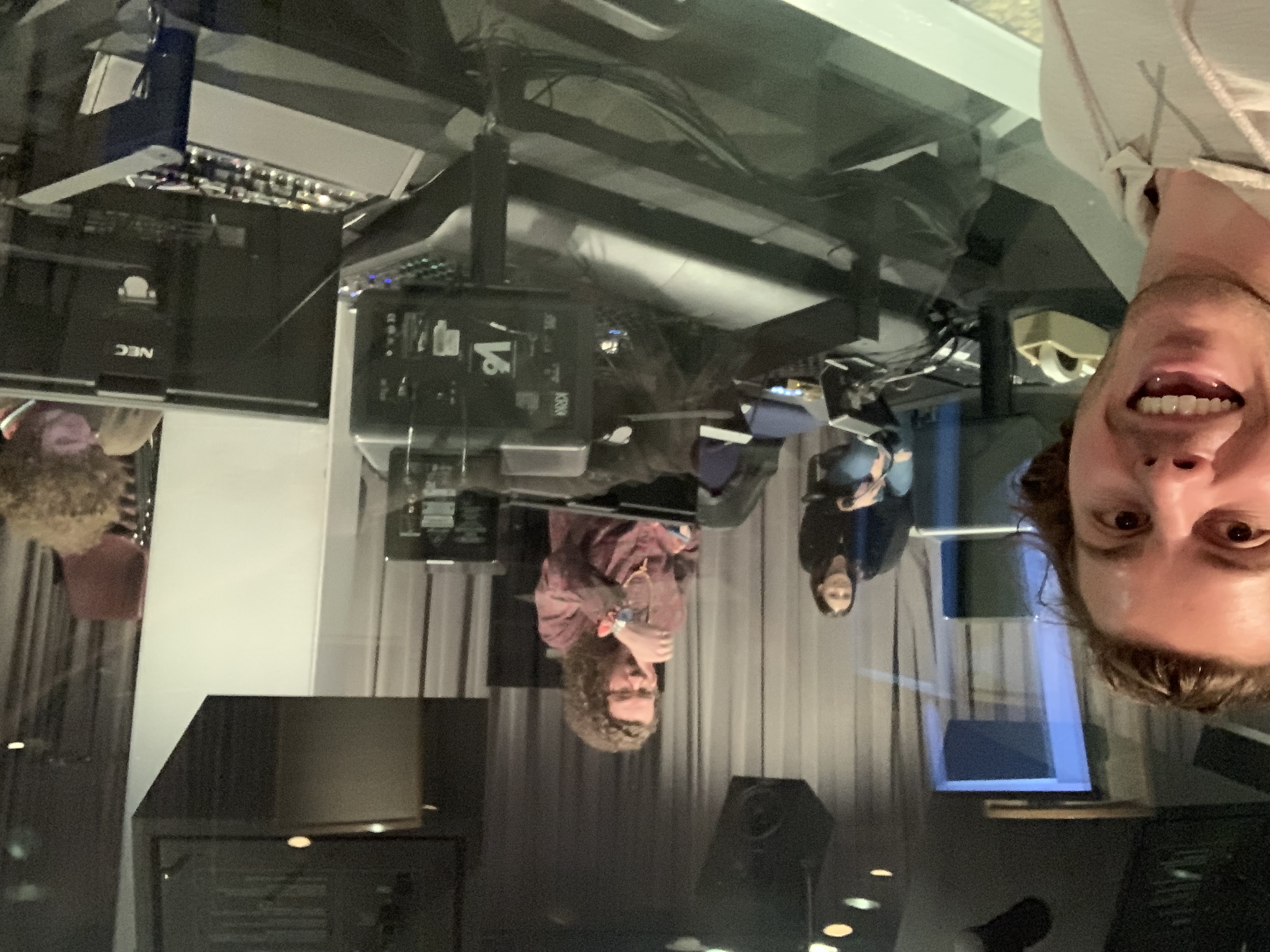 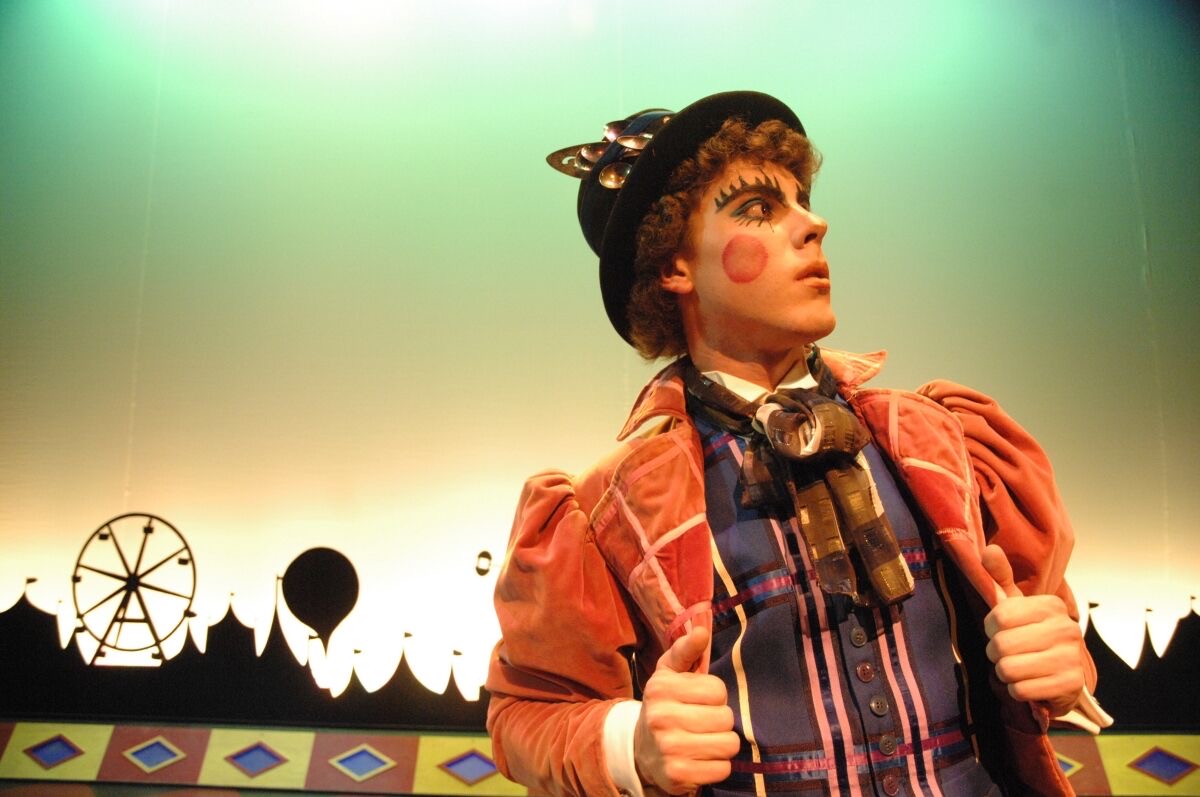 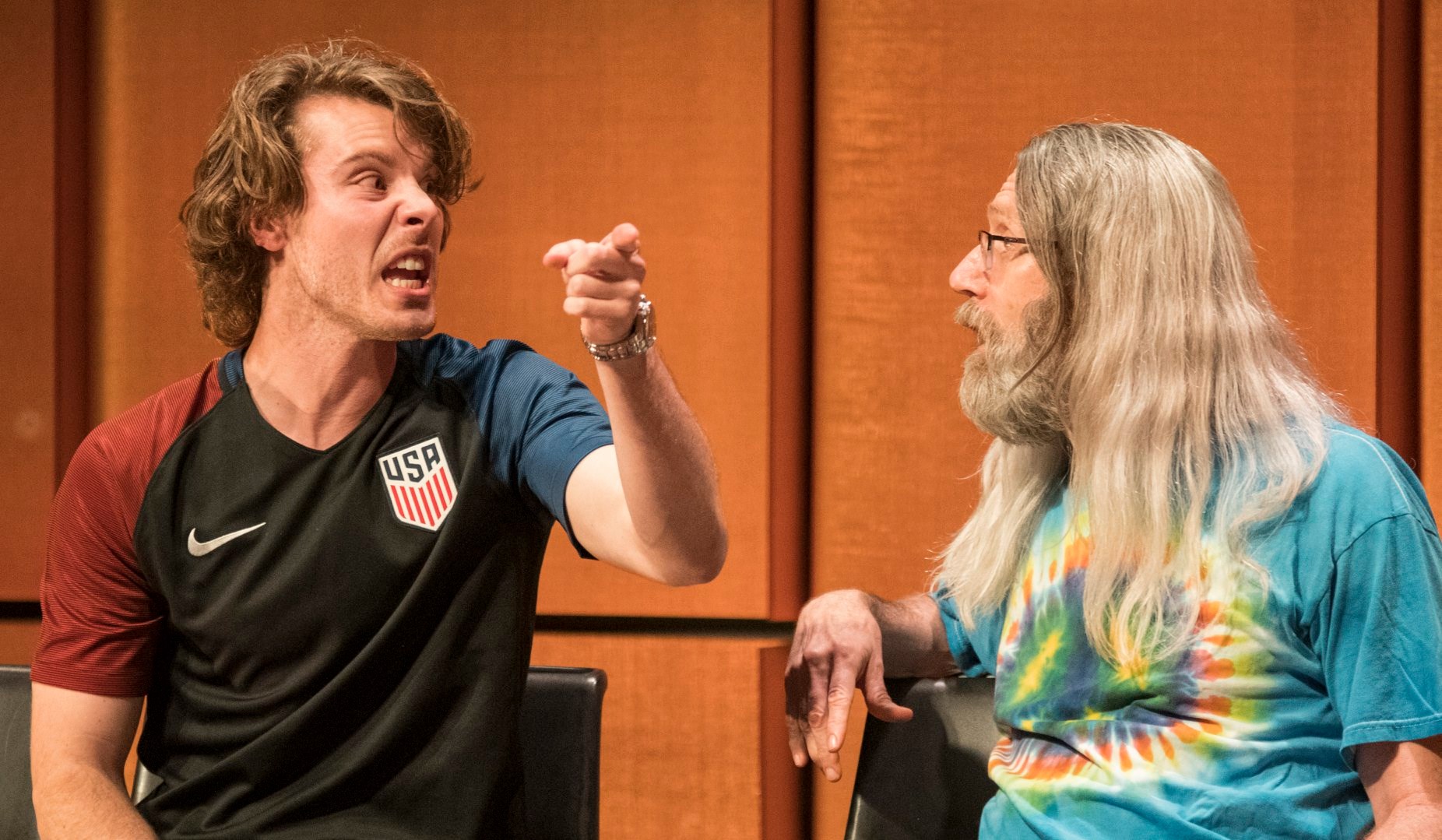 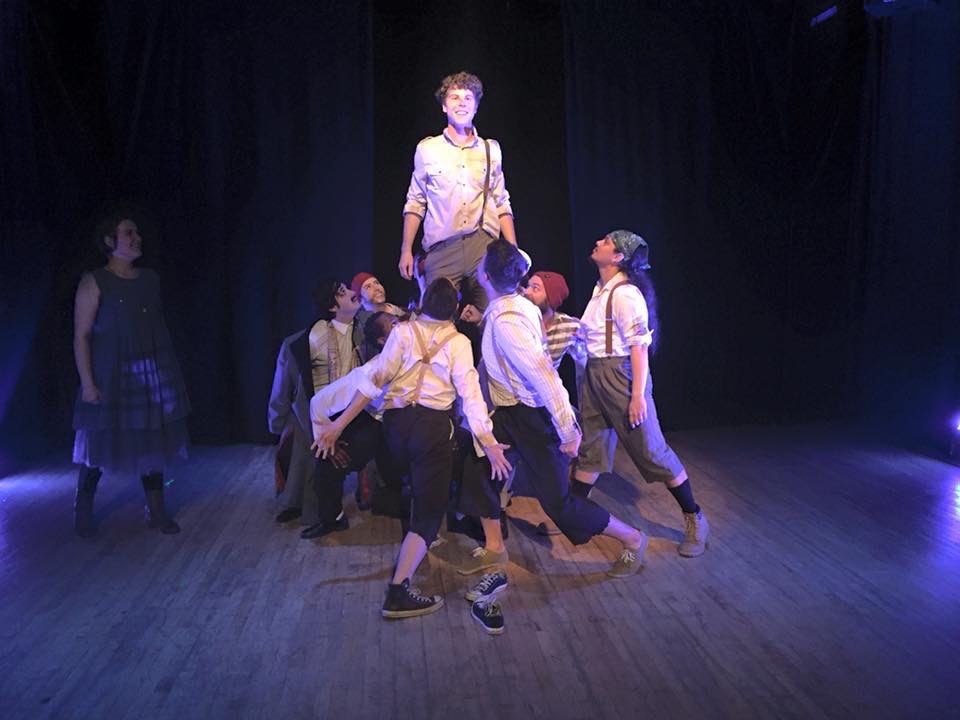 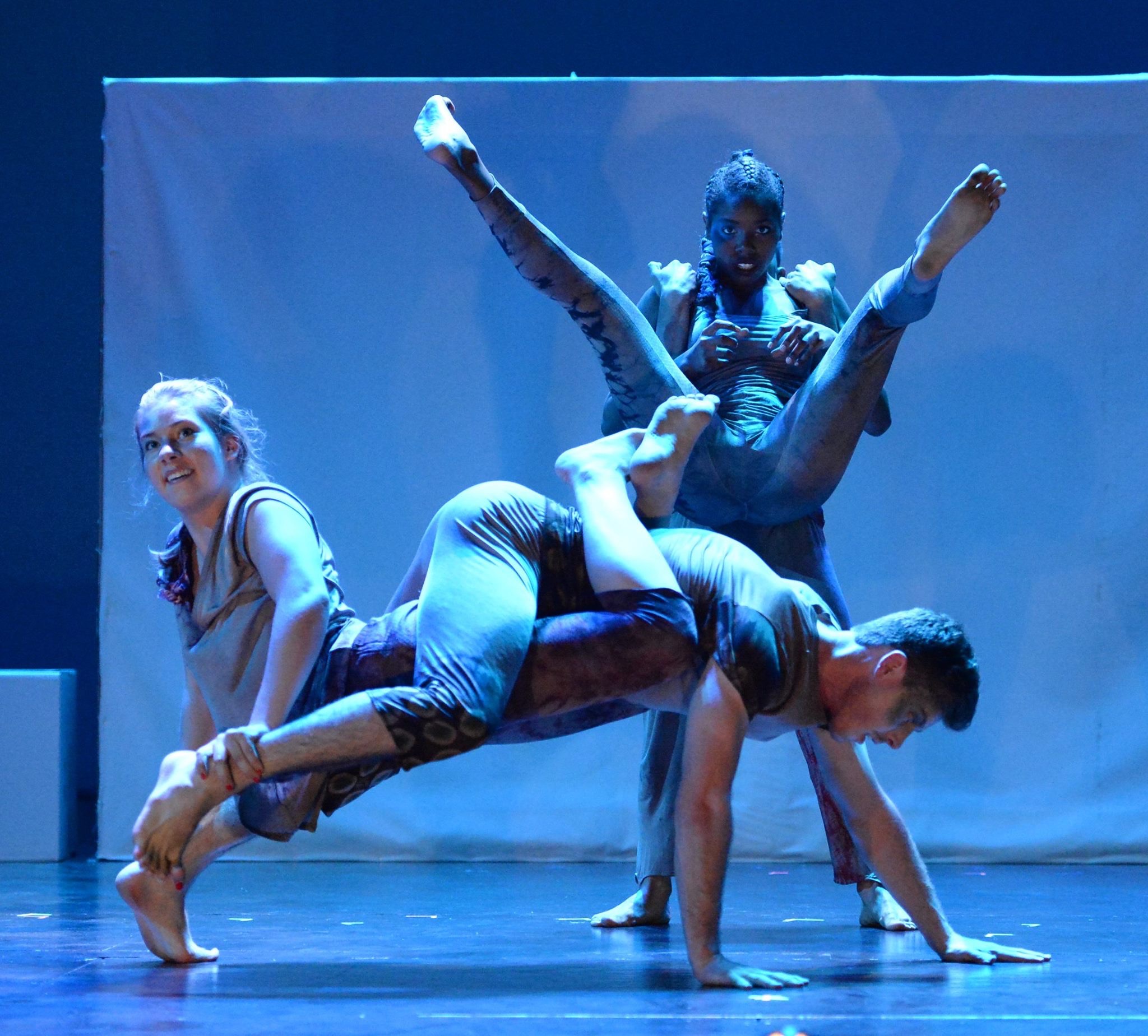 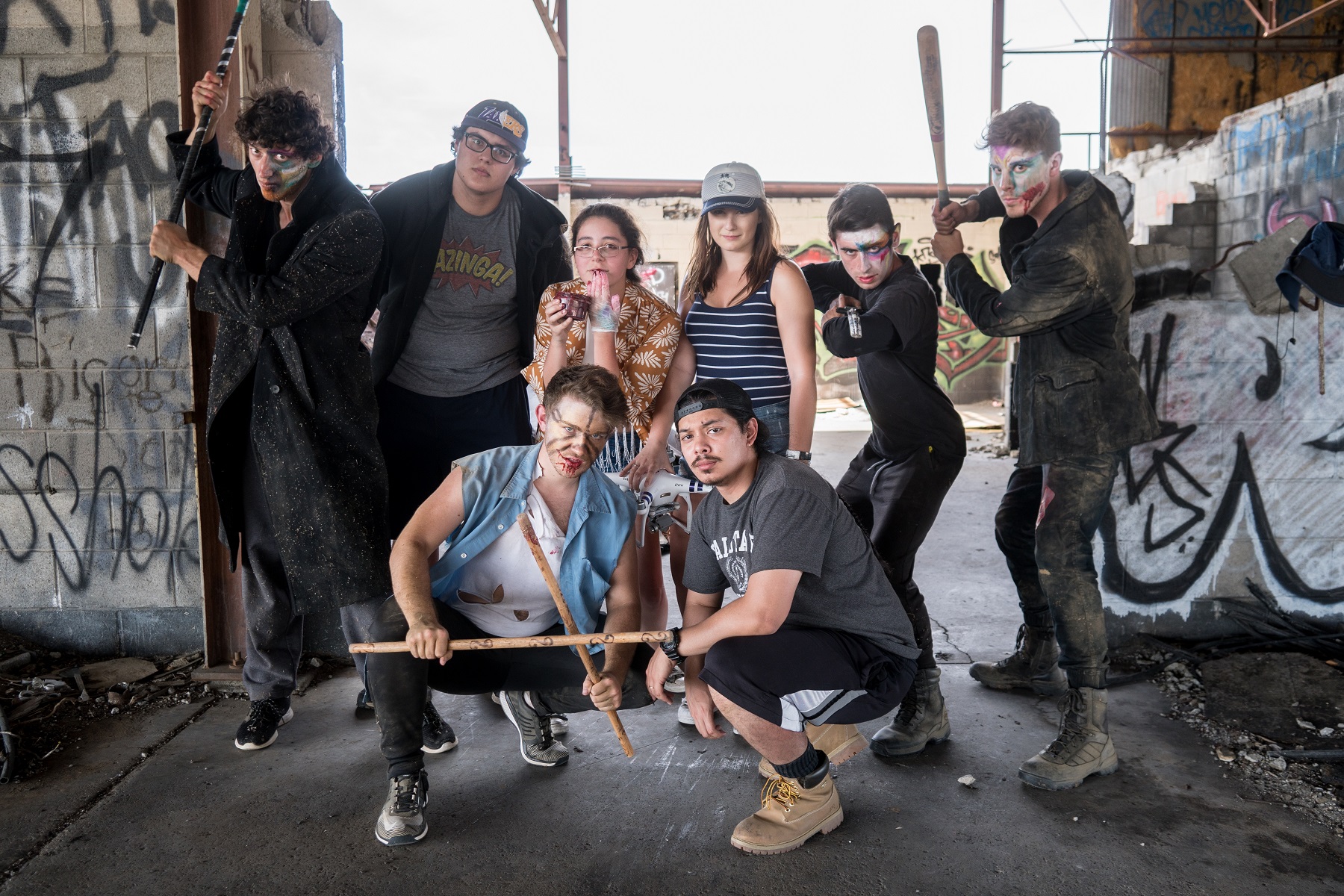