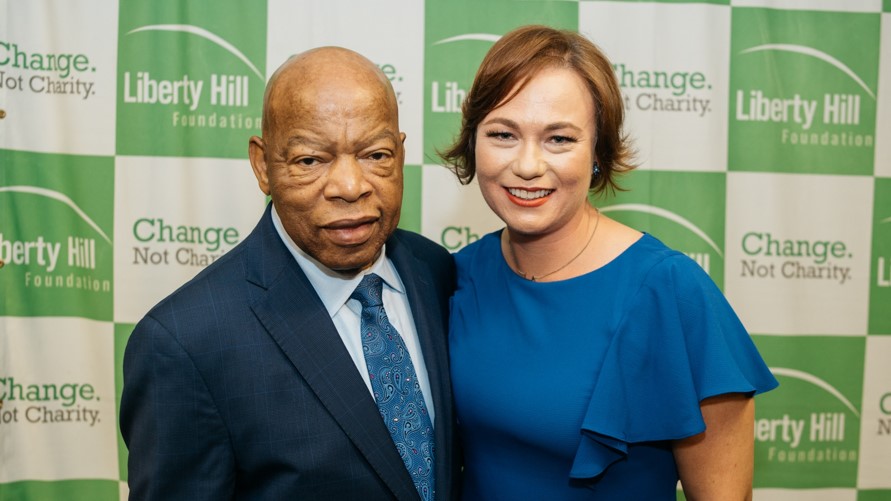 Today we’d like to introduce you to Shane Goldsmith.

Shane, please share your story with us. How did you get to where you are today?
I grew up in Santa Monica, where I lived with my dad and younger brother. Growing up in poverty, my younger brother and I learned a lot about injustice. Then, our dad died when Kelly was in high school and I was in college. We were both lucky to have friends who took care of us. They made sure we had a place to stay, clothes, food. For me, it was my wealthy college friends and professors. For my brother, it was a group of friends who happened to be gang members in Watts. He ended up in and out of jail and homelessness for the next 20 years. I ended up the CEO of a local foundation and a city commissioner.

The systems that were supposed to help my brother failed him. So, I have dedicated my life to changing unjust systems.

Over the last 20 years, I’ve been a community organizer, an affordable housing developer, a policy maker. Since 2014 I have served as President and CEO of Liberty Hill, a public foundation dedicated to funding grassroots groups fighting for social justice across LA. I also serve on the Los Angeles Board of Police Commissioners. The Police Commission’s job is to oversee the LAPD and make policy for the department. I’ve done this work from every angle and I’ve learned to listen to all perspectives to find common ground and lasting solutions.

Has it been a smooth road?
Smooth isn’t the word I would use to describe my path. But, it is through struggle that I have found strength. Everyday I am both heart broken and inspired by the resilience of Angelenos who face unimaginable injustices and fight back and win. Social justice requires going up against powerful systems and fighting David and Goliath battles. So, it isn’t smooth and it’s often daunting, but it’s always worth it.

We’d love to hear more about your business.
Liberty Hill was founded in 1976 to fund community organizers on the front lines of social justice, and today that is still our primary mission. In our priority areas of racial justice, economic justice, environmental justice and LGBTQ justice, we believe that meaningful change comes from the ground up, when members of directly impacted communities have opportunities to lead.

Although Liberty Hill is a foundation, our proximity to the grassroots sets us apart from other funders. Our grant making process includes input from organizers who truly understand L.A.’s political landscape. We also disburse most of our grants as unrestricted money that organizations can use according to their own judgement. Aside from our grant making, Liberty Hill provides leadership training for community organizers and works directly on campaigns to change policy. Since it was founded, Liberty Hill has made a point to fund campaigns in emerging issue areas, and to support struggles for justice that other foundations deemed too risky or controversial.

I am incredibly proud of our team of staff, donors, board members, and community partners who have worked hard to win several important victories over the last few years. Clean Up Green Up, a landmark policy framework that Liberty Hill spearheaded to protect low-income communities of color from polluters, was signed into law in 2016. The School Climate Bill of Rights, adopted by LAUSD in 2013 has reduced suspensions in LA by over 75%. Our initiative to end youth incarceration as we know it, in its first year, has already helped secure $26 million in public funding for alternatives to incarceration for youth.

Liberty Hill has to raise the money it grants to community organizations every year, which means we are always working to grow and sustain a community of donor-activists who are willing to put real skin in the game on behalf of low-income communities of color.

Critical to our success has been what we call “inside/outside strategies.” That means working both inside and outside the halls of power to advance social justice. Much of my work on the Police Commission and at the helm of Liberty Hill has focused on innovative partnerships that bring unlikely allies together to tackle injustices. For example, I’ve been working with police officers who understand that youth diversion programs save lives and money, and bringing them to the table to drive a conversation about how better investments can give youth in the criminal justice system the second chances they deserve. We are also bringing landlords and renters together to advocate for lasting solutions to the affordable housing crisis.

Is our city a good place to do what you do?
Right now, Los Angeles is at a crossroads, as we confront the issues that will define the future of our region, like climate change, housing and youth justice. At the same time, L.A. is leading the resistance against an unjust federal administration. At Liberty Hill, we decided our role is to advance concrete social change at home, in order to make L.A. a hub for resistance and real solutions to intractable problems that sets an example for the nation. We’re doing it through three campaigns, which address L.A.’s most pressing issues: stopping oil drilling next to homes and schools, fighting for a roof over every head and ending youth incarceration as we know it. We’re calling it our Agenda for a Just Future. We want to see every Angeleno have a fair chance to thrive, and these are the first steps toward that goal. 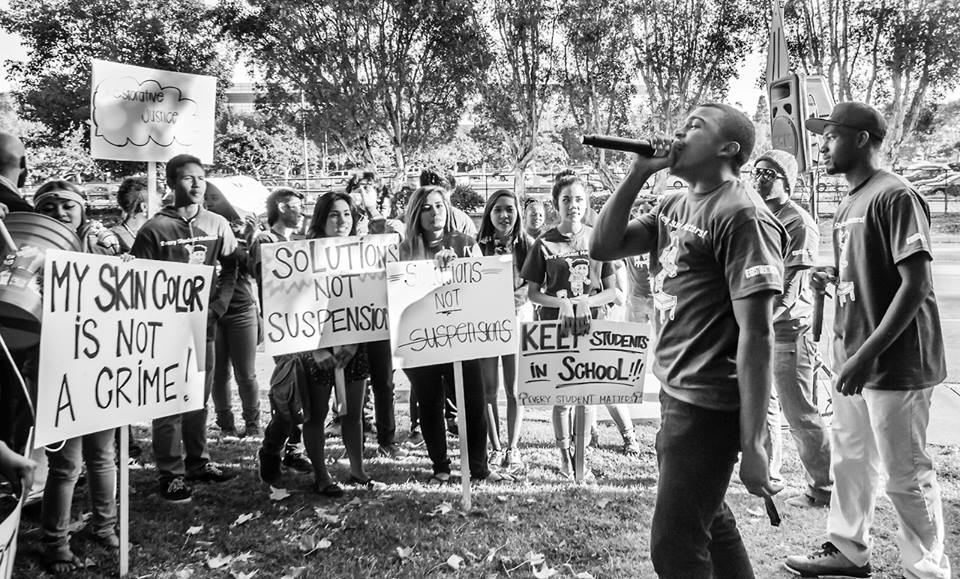 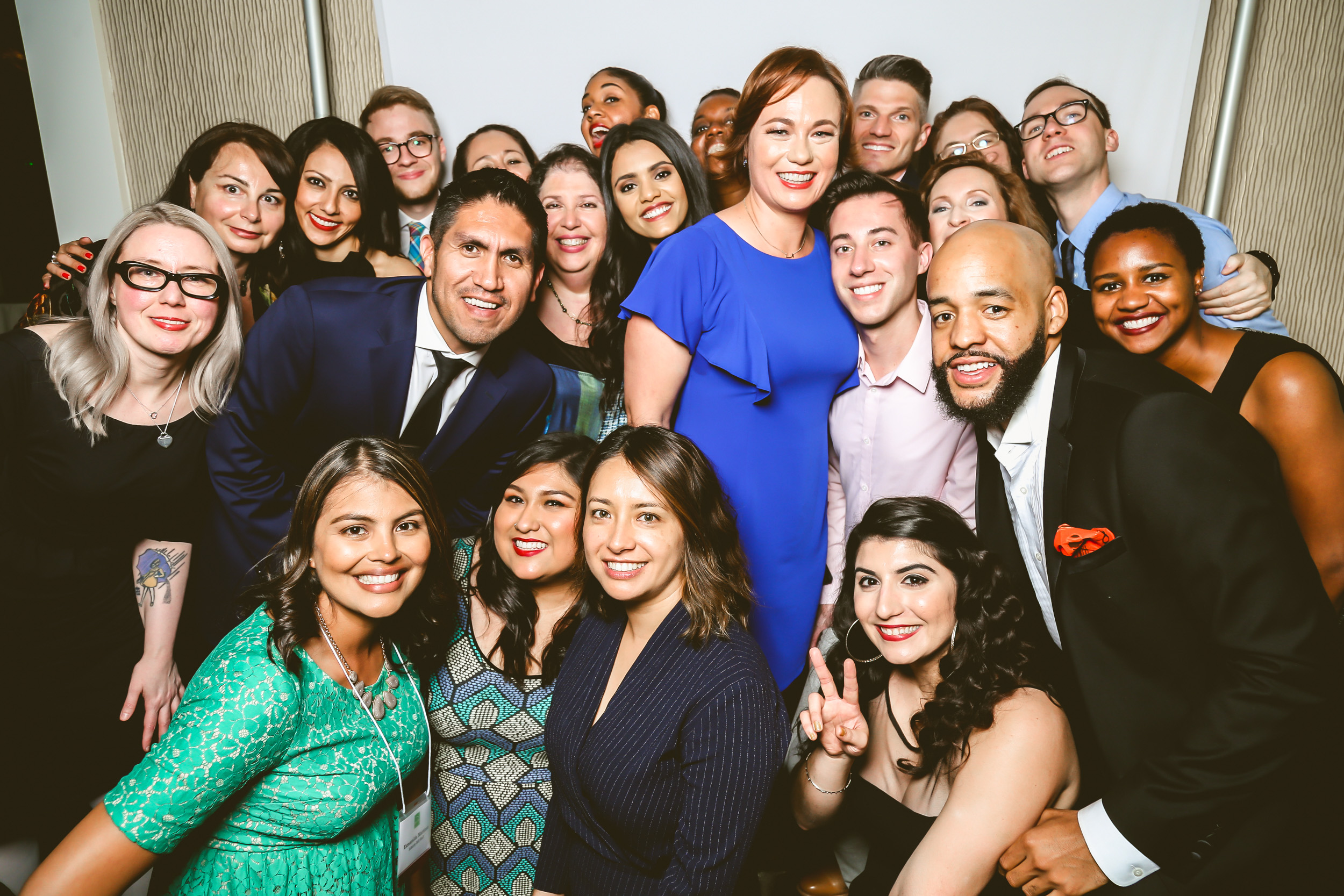 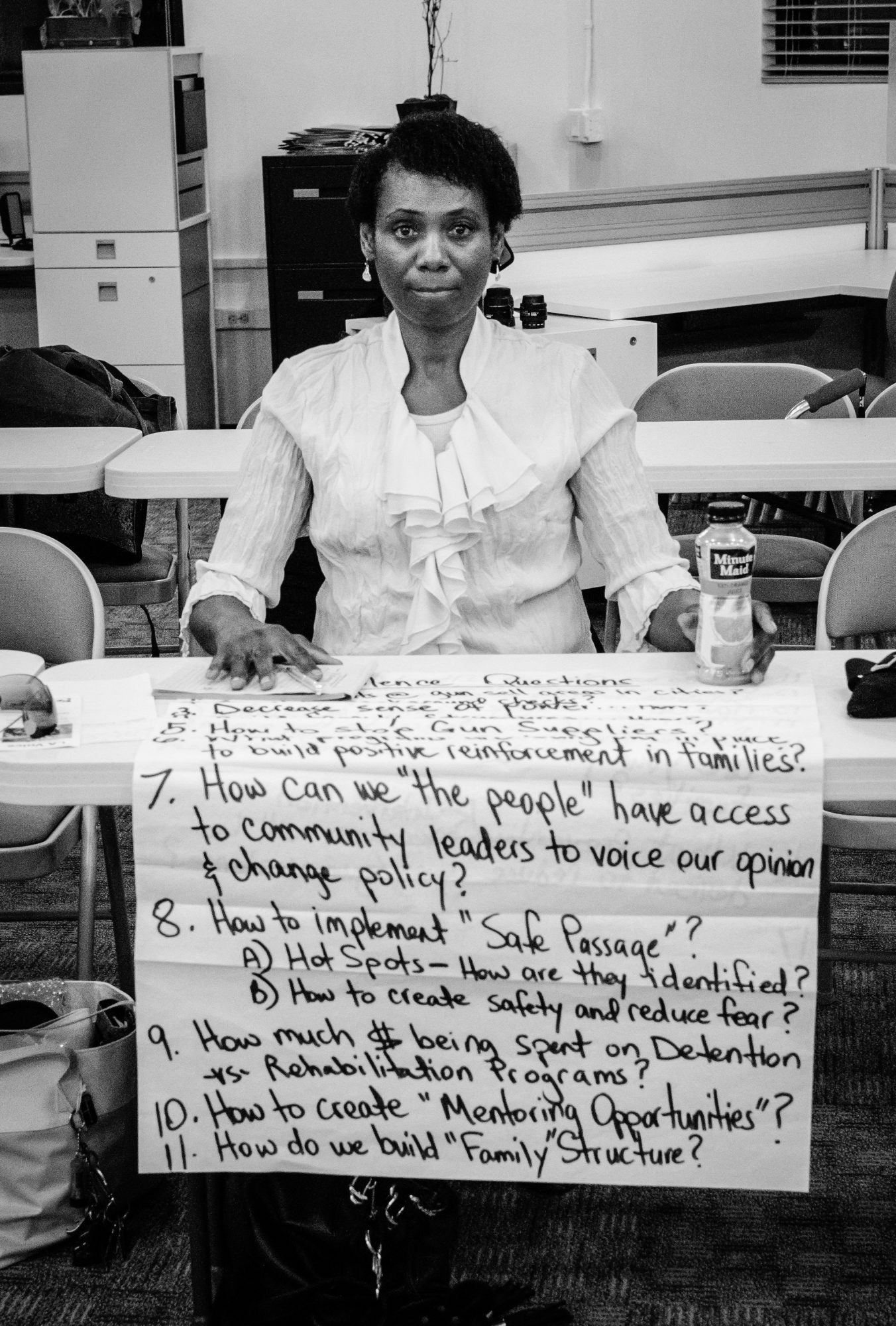 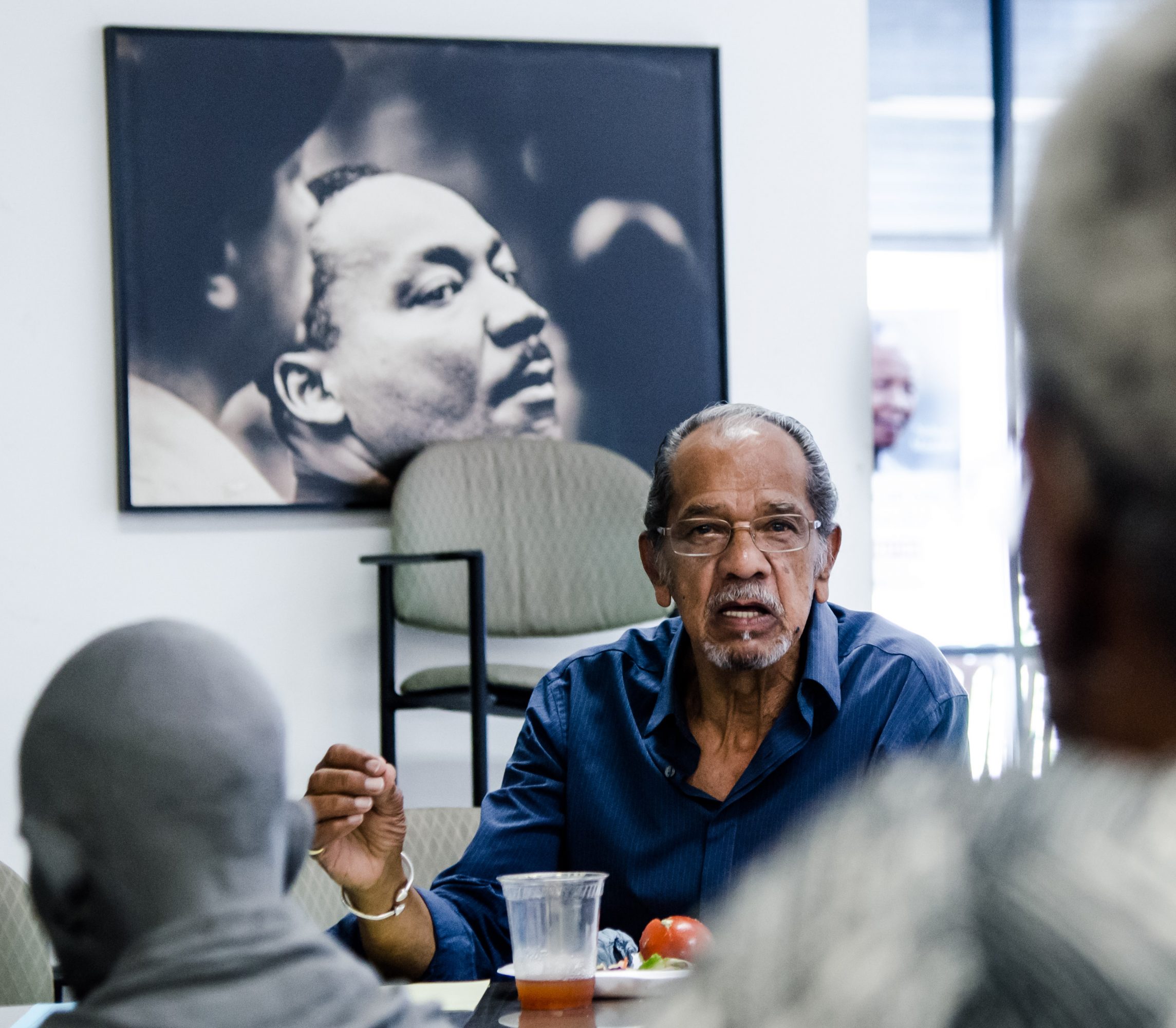 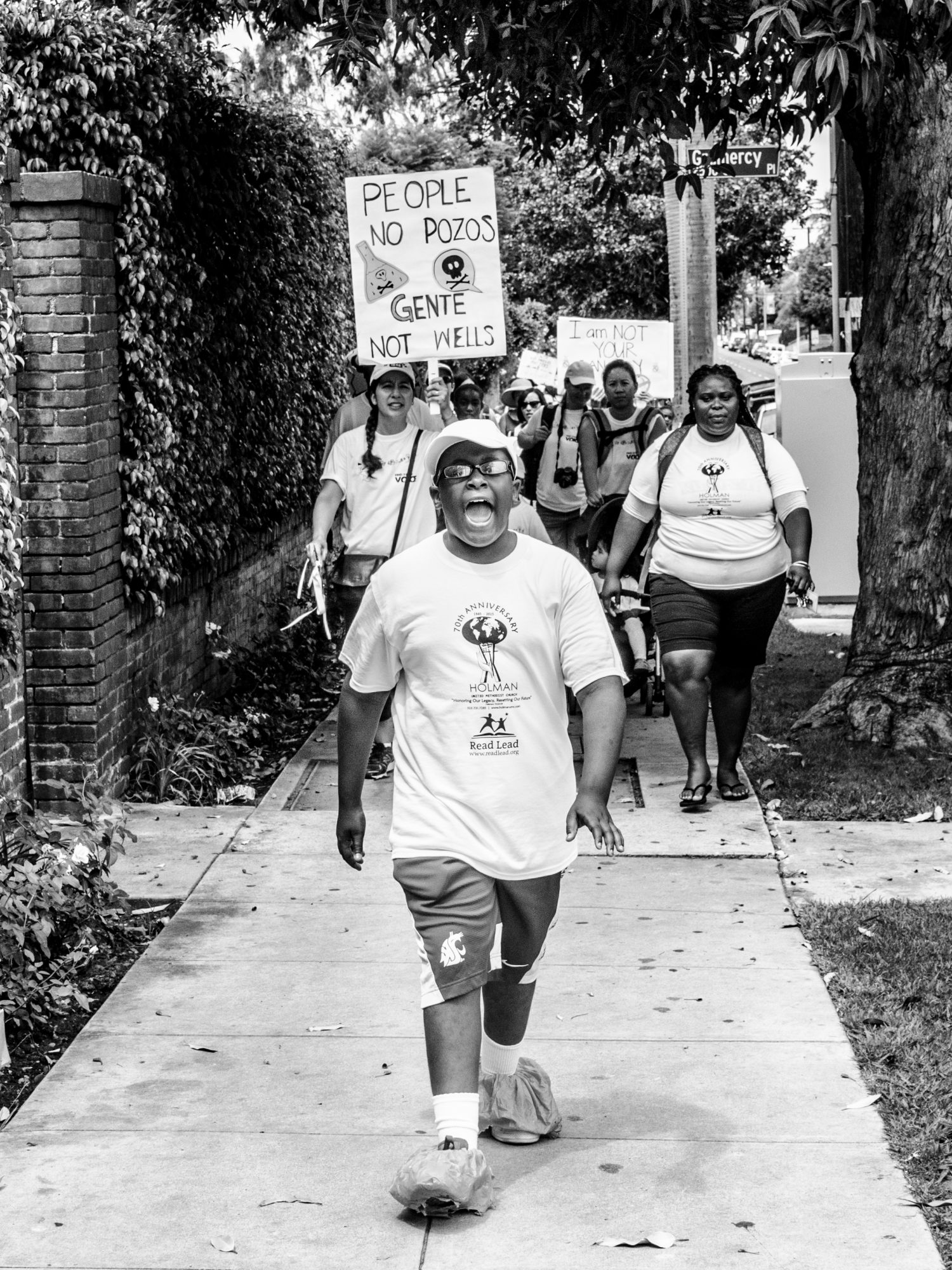 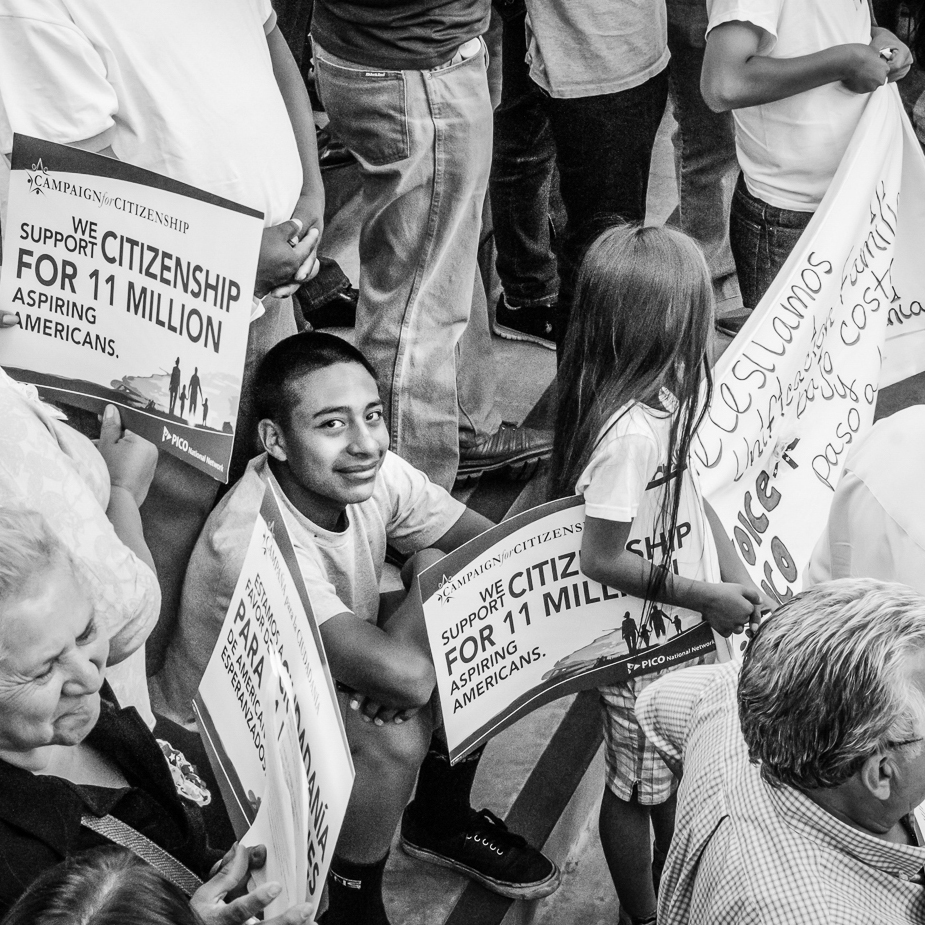