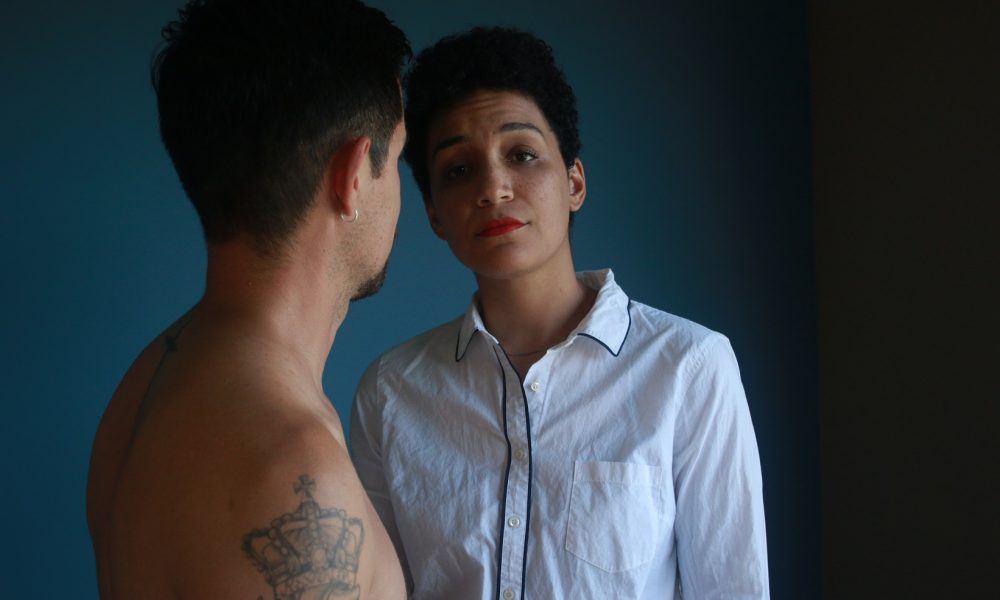 Today we’d like to introduce you to Shama Dev.

Shama, can you briefly walk us through your story – how you started and how you got to where you are today.
If you were to tell me even five years ago that my life’s purpose was to Deprogram, I would have politely smiled and thanked you. As I walked away, I would have done a Google search on what deprogramming meant and I would have laughed. For a very long time, I just saw myself as an artist and the main struggle in my life was trying to figure out if I wanted to focus more on acting or on music. I didn’t even consider the possibility of writing and definitely didn’t see myself as a producer.

I was raised on a small okra farm in New Jersey to my mom Francesca Alicea who was the administrative backbone to the companies who had the pleasure of hiring her and a talented writer, and my late father William Tibbs who was a stay at home dad and a writer in scientific theory. He passed this year in January and I believe it’s safe to say I was the one who loved him most in the world. He knew I was a rebel, he was a rebel and he always encouraged me to go against the grain so to speak. God I love him for that. But my father wasn’t the nicest to my brother and I growing up and my mental health paid the price. At the time, it seemed like a curse, but transcending my childhood played a huge role in who I would become and the vibration of the content that I would bring into the world.

When I was fourteen, I made a friend in school who had starred with Kim Basinger in a film and he introduced me to his talent manager in New York. I signed with her and I remember the first job I booked was a music video for an R & B group Imajin. I crawled up as close to the televesion set as I could get on my knees and as I saw myself on TV, I knew I was hooked. One of the band members of Imajin introduced me to his mother and I started voice lessons. I was terrible. I remember picking out this rose gown in the window of a boutique and performing a Whitney Houston song for a talent show at my school. I leaned on the piano as the song played. My swag was there but my vocal talent was not! I was laughed at and made fun of. But it didn’t stop me from taking lessons and learning how to sing well. I loved both acting and singing very much.

In my teens, I was almost signed to a group by University Records. For you old schoolers, that was Mya’s label. I was singing R&B. It didn’t feel like me, but the glamour and energy of it all did. I wound up getting kicked out of the group because I was too tall. It was crushing at the time, but I hear some of the horror stories of what happened to girls in the music industry at that time and I thank God I wasn’t involved in it.

Has it been a smooth road?
I moved to Los Angeles and spent over a decade refining my artistic skills and exploring who I was authentically in them. But something always felt like I was being held back energetically. I wanted success so badly, but it just wasn’t happening the way I had hoped and as fast as I’d hoped. I’m sure some of you reading this can totally relate. My personal life was a disaster. I was still trying to carry the burden of my childhood trauma and acting out in toxic relationships with men and women. I was really hurting.

In 2012 I found myself pregnant with my son Kai and I realized then that something had to change. I took a step away from my art to work on healing myself so I could create a better life for my son. To do something like this, it took everything I had. I always knew in some way I was different. I never quite fit into any particular box. Either too black, not black enough, not Hispanic enough, not straight enough, not gay enough. I had to be willing to completely abandon everything I ever wanted to be or thought I could be and start over from zero. I was never more scared in my life.

My spiritual path started with BPI, Boulder Psychic Institute. I took classes over the phone and was very interested in how someone could learn how to work with energy. Especially over the phone. I hear my teacher Miwa Mack say once “My father used to hit me.” But it was the way she said it. She said it neutrally and then kind of laughed afterward to herself. She wasn’t shutting her emotions down, I could hear she truly was over the pain this abuse caused her and I wanted some of what she was having!

When my son was two by the Grace of God, I found my Guru Swami Premodaya and my spiritual center ICODA. Being as American as I am, I could have never dreamed this was what was in store for me. I was also led to my counselor Catherine Auman. I started to see how my life was mapped out by society, my church, the school system and my family bloodline, from the day I was born and I could see it in others too. I could see how these ideas of who we should be were forced down our throats since birth. I could also see how wanting to act and be a lead singer was a cry for attention for feeling so deeply invalidated as a child. I thought if I could get famous enough or have enough people like me, that maybe I could start liking myself. I couldn’t have been further from the truth, and the realization of this caused me to take a few steps back and start writing and producing. I found that the auditions I was going to were often for productions that helped keep people stuck in deeply unsatisfying patterns. I found the roles especially for the LGBTQ community and women of color to be limiting with very few coveted roles that accurately represented us. The other sad fact was, often I couldn’t even tell what the message was in the shows and films I was auditioning for because we were only given a few pages to read for the audition.

This is the first time I’m sharing my spiritual name with everyone. My spiritual name Shama means the state of bliss one enters when completely detaching themselves from the world by continuously experiencing the world’s defects. Continuously experiencing those defects was not very fun and still isn’t! But I know it was all worth it because of how I get to serve you today. I always think about how the powers that be actually called it TV programming. They thought so little of us to even try to hide what they were doing. I think we are smarter and bigger and brighter than they ever thought we could be. And it is my honor and my pleasure to break patterns together and become exactly who we were meant to be.

Please tell us about spaSTa Productions.
I named my company spaSTa as it is the Sanskrit word for clear and our tagline is “TV Deprogramming.” And I knew that helping to deprogram as I deprogrammed myself through audio and visual methods such as music, TV shows, films, etc., was what I came here to do. As long as it broke a major societally accepted but individually damaging pattern in some way, I wanted to be involved in creating it. I work with some of the most amazing souls. Jaszmin Kuhner, Suilma Rodriguez, Tamara Smirnova to name a few.

In 2016 I co-wrote the Thriller script “Shrine of Scars” with The Runnels Brothers, which was published about in February 2016 and January 2017 in the Modesto Bee. In 2019 I produced the music video “Chaos.” featuring fully clothed women and scantily clad men, flipping the script on Rap Videos. In 2019 my Flash Fiction Suite (series of related short stories) “Tiger in a Suit” written about the making of a female sexual predator won the crowd favorite on Defenstrationism.net. We are turning this story into an animated short. In 2019, we also shot the micro-docu series “Sex. Sexuality,” breaking down assigned gender, actual gender and sexuality for all folks. And in 2019, we shot an LGBTQ web series “Show B4 Hoez,” about two friends who decide to start a web series but wind up having to string together background footage of their attempts after their succubus romantic relationships cause the shoot to fail. We are in production for Season 2 of Sex. Sexuality and we are looking for everyone who wants to be on the show. Every kind of person can reach out to us so please feel free! We’d love to have you on board.

How do you think the industry will change over the next decade?
Oh, my sweet goodness, with the revelation of the real disturbing foundation that the industry was built on and a lot of sex scandals and pedophilia being uncovered, we are seeing a massive shift in power in the industry and I couldn’t be more excited. The types of people who were taken advantage of have stepped into their power and are telling their stories and I am just on fire with excitement to see how this will create a massive shift in a positive direction over the next decade. 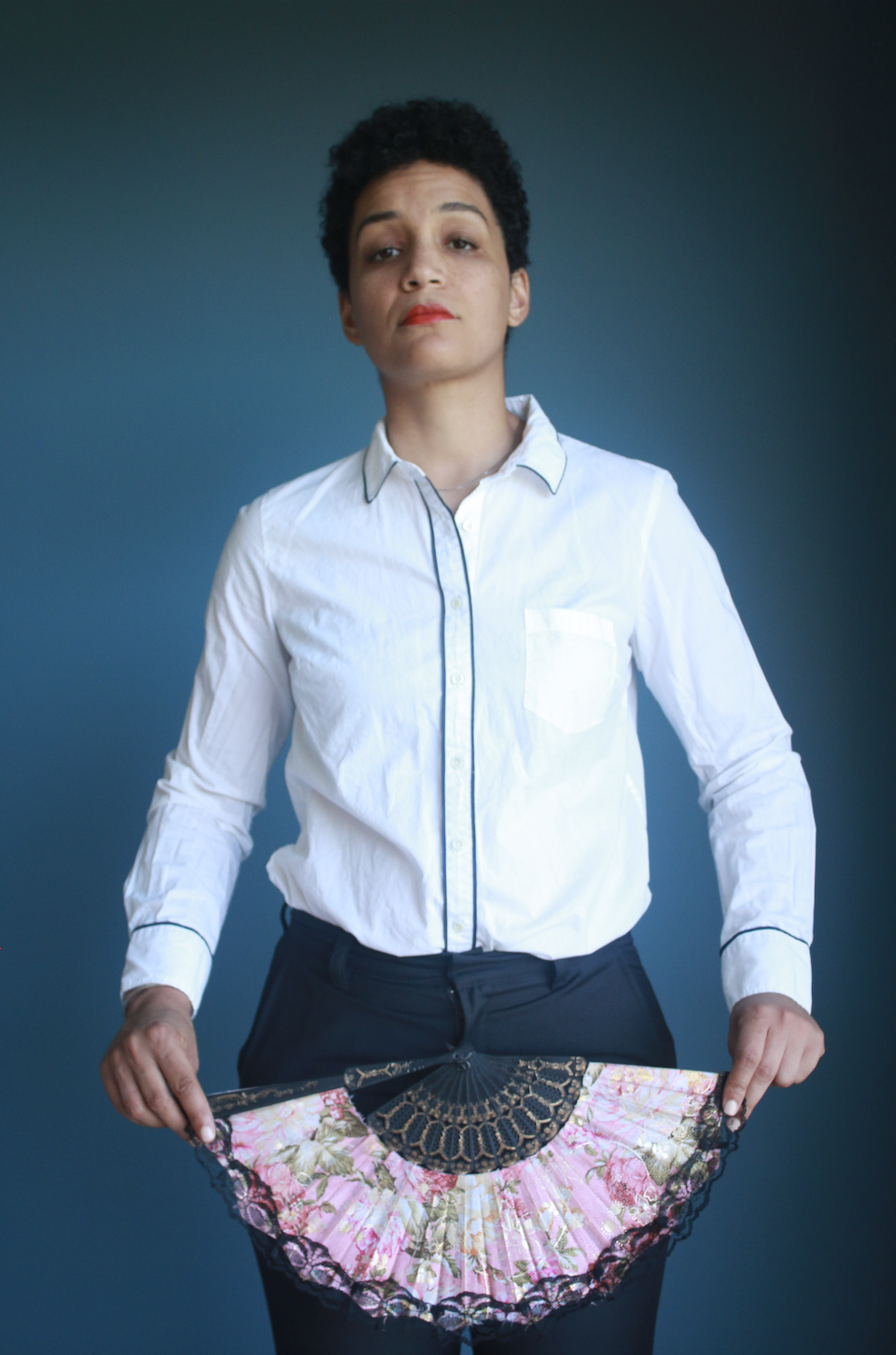 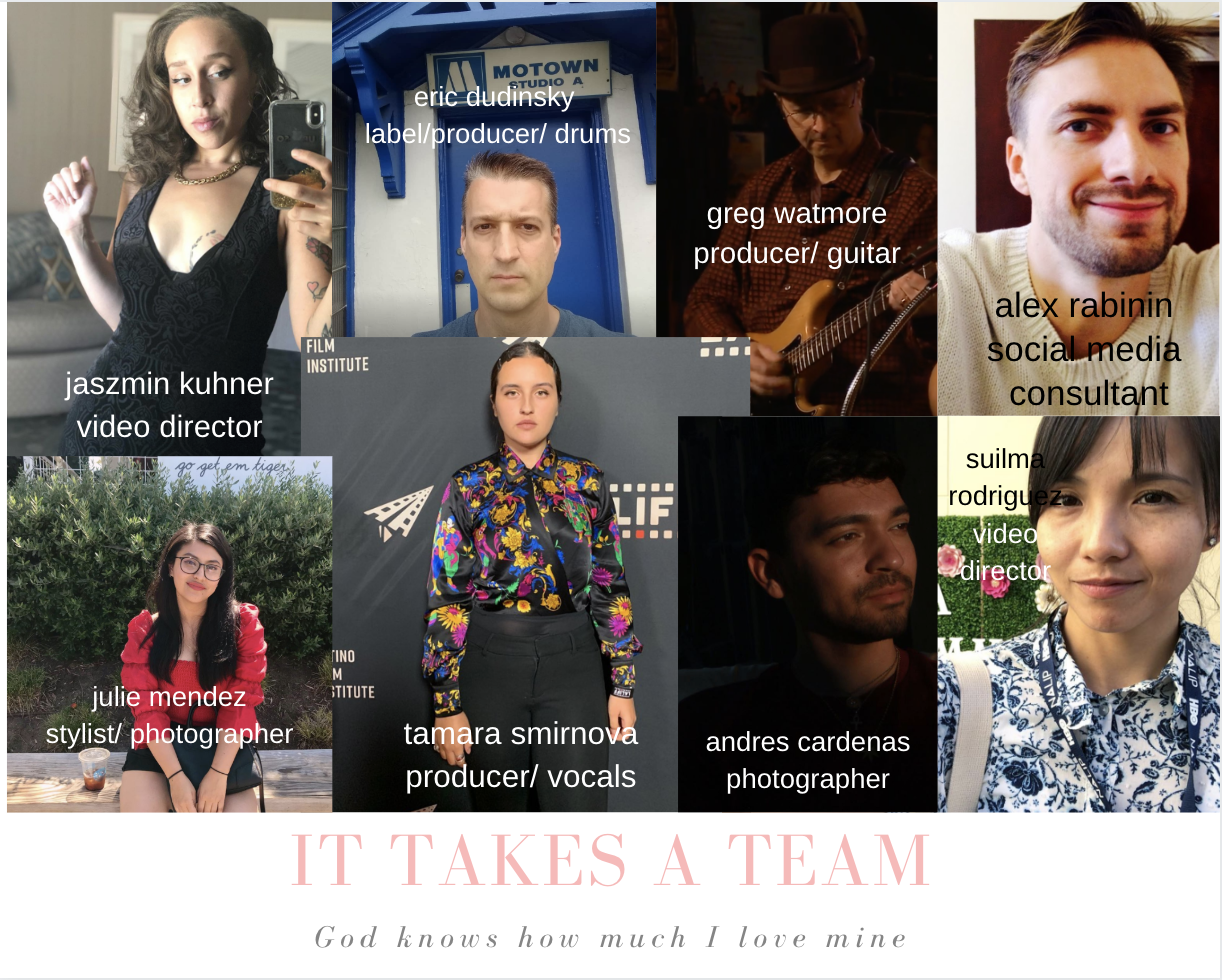 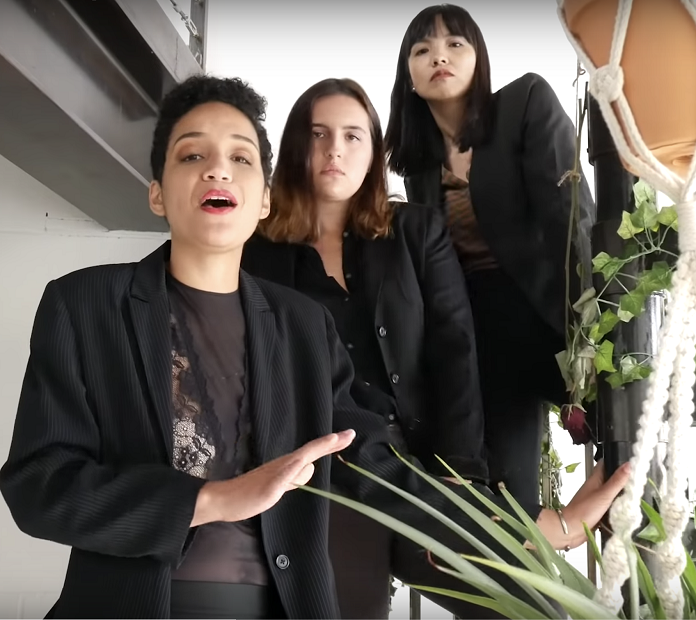 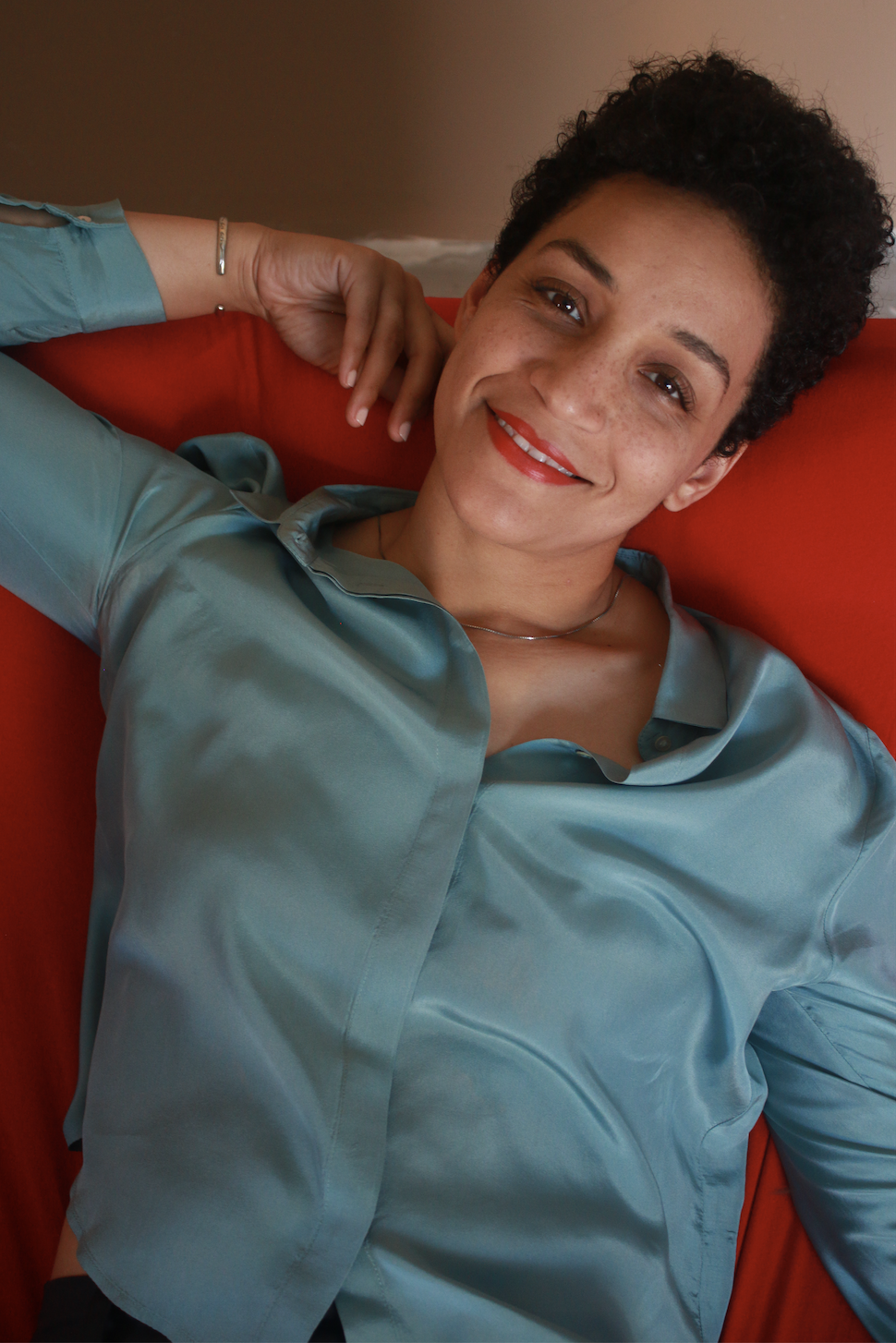