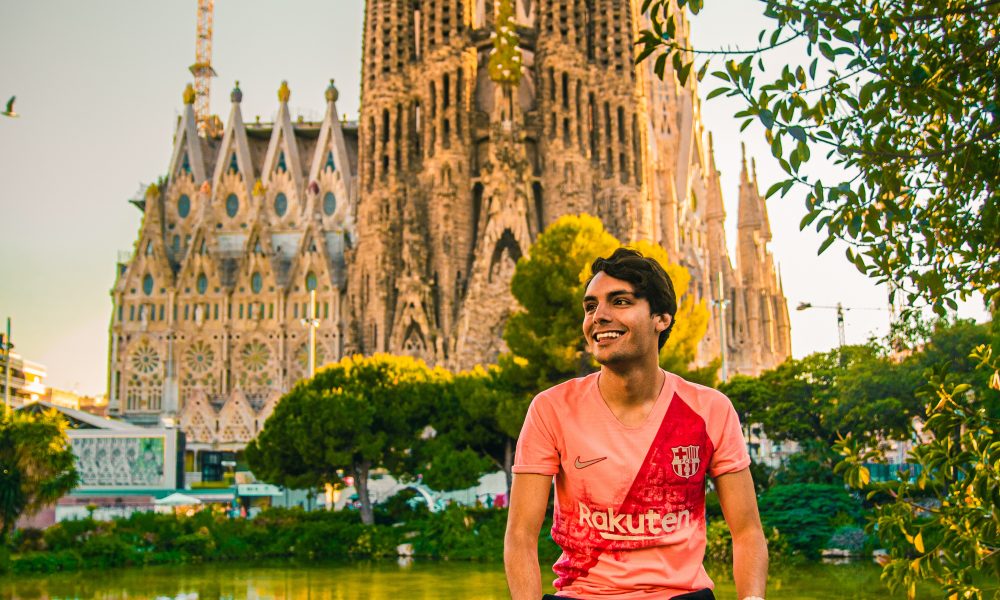 Today we’d like to introduce you to Sebastian Guerra.

Sebastian, can you briefly walk us through your story – how you started and how you got to where you are today.
The winters in Chicago were long and cold so for most of the year, I was stuck inside with nothing else to play with but my imagination. My generation was the first to grow up with YouTube, the first video platform that showed us that you didn’t have to be an old white man from money to be able to make content that people enjoyed to watch. So at eight years old, I picked up my family’s vhs recorder and fell in love with making videos under the YouTube page SAG Studios. I dedicated all the following years to all of the self-teaching YouTube offered in video making until I was offered a job making videos for the city of Chicago at 14. At the time, Chicago had a very successful underground scene which for the next few years until my high school, I spent everyday offering my video and directing skills to take part in it.

My efforts eventually landed me Directing Videos with Chicago Legends Chance The Rapper and Alex Wiley which as a result made me The Youngest Director Ever on Vevo at 18 Years old. As soon as I graduated High school in Chicago, I moved out to LA ready to make my passion a reality. After a couple of months of working three minimum wage jobs and sleeping on friends couches, I finally landed a job for a music video with Roc Nation and Jaden Smith. The opportunity on that music video then lead to me creating a Documentary Series with super Producer Cardo Got Wingz featuring TDE, working with Russel Simons, Directing with Prince Royce, producing for the Santana Family, etc. but after some shady business within the music industry which a lot of behind the scene workers usually face I found my self on square 1. I had no money, every artist wanted me to do work for free and I was left without money for rent. I was then forced to live out of my car for few weeks until I came across an opportunity as an intern at a social media company.

At the time, working in social media was considered “corny” but I knew the engagement rate was far too large to ignore the platform. A couple of weeks into my internship, the owner of the company recognized my prior experience and offered me a position as a creative executive at the company. I then decided to dedicate all of my time to studying the social media scene from front to back, not leaving the office most nights and sleeping in my car just so I can go back in at 5 amp to continue work. I messaged everyone in the social media world in 2017 and only received a message from one person. Logan Paul. At the time, he was referred to as the Leo DiCaprio of social, being the most successful in the industry (before his incident in Japan of course). We ended up meeting up for breakfast and after a brief meeting he asked me if I would help him with one of his most ambitious attempts yet: to record, shoot, direct and edit a music video all within 24 hours. I quickly agreed and a couple of days later, we shot “The Fall of Jake Paul”, the music video that at the time broke Kendrick Lamar and Drake’s Record for Most viewed video within 24 hours. I then directed three more music videos with over half a billion views and helped produce Logan’s extremely successful vlog series which lead to a Streamy Award.

I then directed videos for some of the biggest names in social media such as Amanda Cerny, Jake Paul, Mark Dohner, George Janko, etc. and brought all of the relationships back to the social media company. The social media company struggled to monetize in the social media industry and had to shut down which is where I decided to take my expertise and start my own production company, SAG Studios. A lot of people doubted my decision saying I was too young for the industry being only 20 or that there was a lot more competition that was more qualified but what they didn’t see is that we live in a new era in Media. An era in which vlogs get ten times the viewership that hit NBC Shows and that Social Market is way more effective and cost-efficient than old traditional Marketing. Facebook was one of the first to realize this and Flew me out to Senegal to produce one of their first Facebook Watch Shows: Nas Daily. After the work I did for them, Fortune 500 companies such as Uber reached out to me to direct nationwide and international campaigns for Uber Eats. I now work on directing videos with a younger and more diverse voice for some of the best Creatives and companies in the world.

Overall, has it been relatively smooth? If not, what were some of the struggles along the way?
There were a lot of obstacles involving extreme poverty, homelessness, not being paid for work, backstabbing, physical, verbal and sexual abuse.

Alright – so let’s talk business. Tell us about SAG Studios – what should we know?
My production Company, SAG Studios, specialized in innovative approaches to storytelling. I am a person who is extremely young, has had successful work in the music, social media, and tech industry at 20 years old and can skillfully utilize digital content/platforms effectively.

Any shoutouts? Who else deserves credit in this story – who has played a meaningful role?
I owe everything to my family, who despite not having much, has always emotionally supported me through extremely heartbreaking journey of following your passion in LA. Although Logan Paul has made a lot of mistakes and is far from perfect, I am extremely grateful he took a chance on me as a then 19 years old and opened so many opportunities for me. A huge Mentor for me in the Industry has been George Hughes, a mentor for some of your favorite people in the world, who has taught me the impact in doing business out of kindness and honesty (a truly abstract concept in many industries). And most importantly, to my girlfriend who day in and day out shows me new perspectives in which to live life more peacefully. 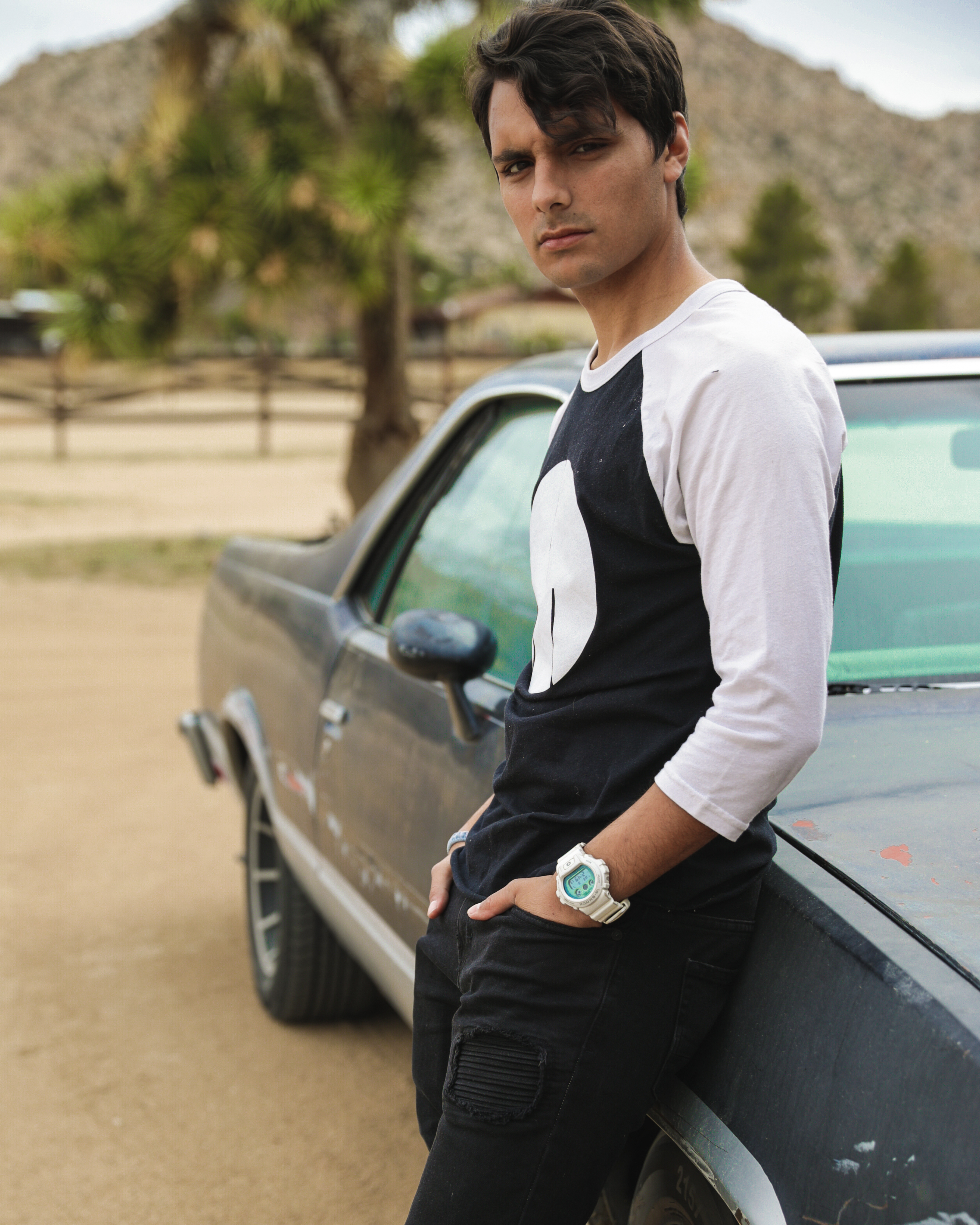 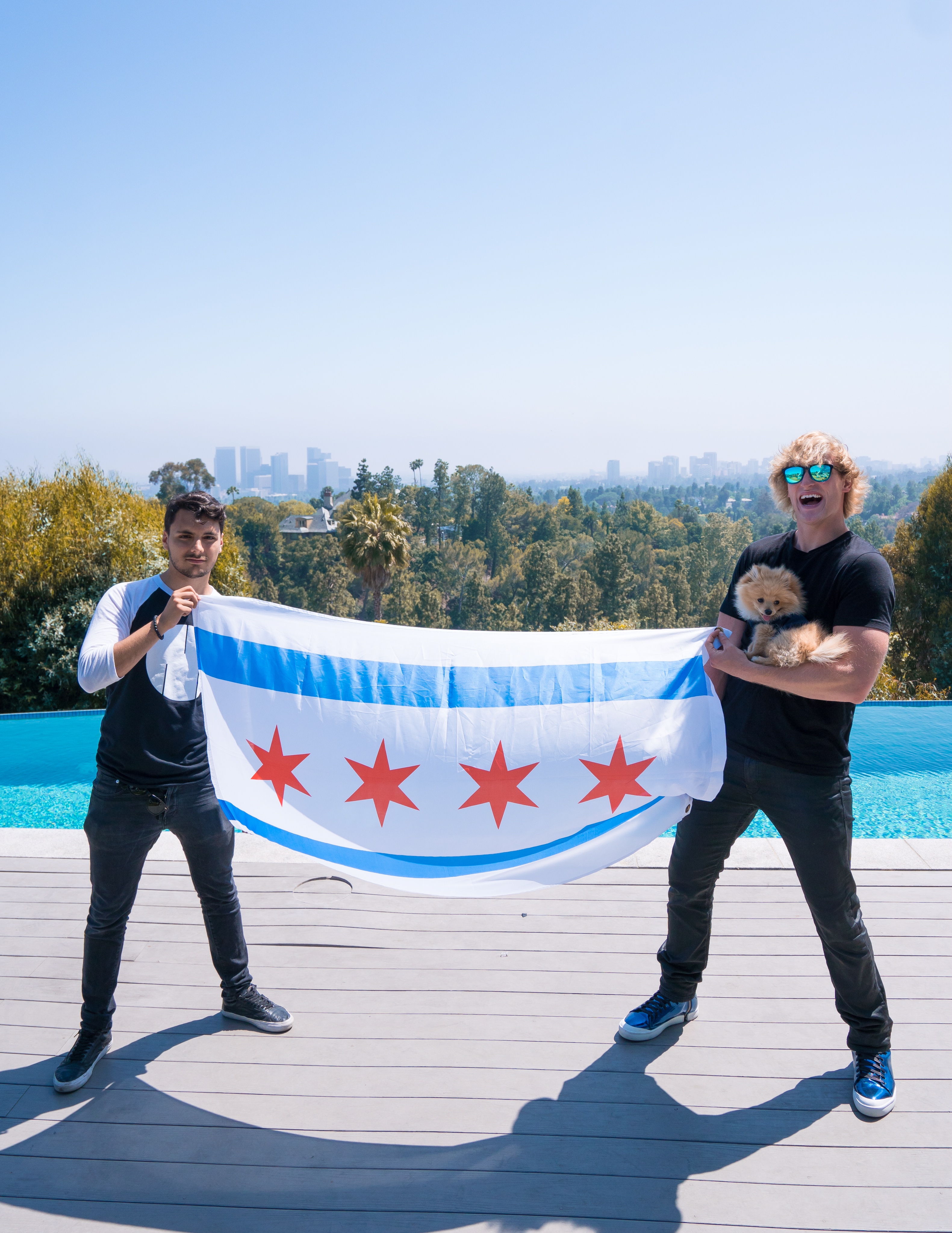 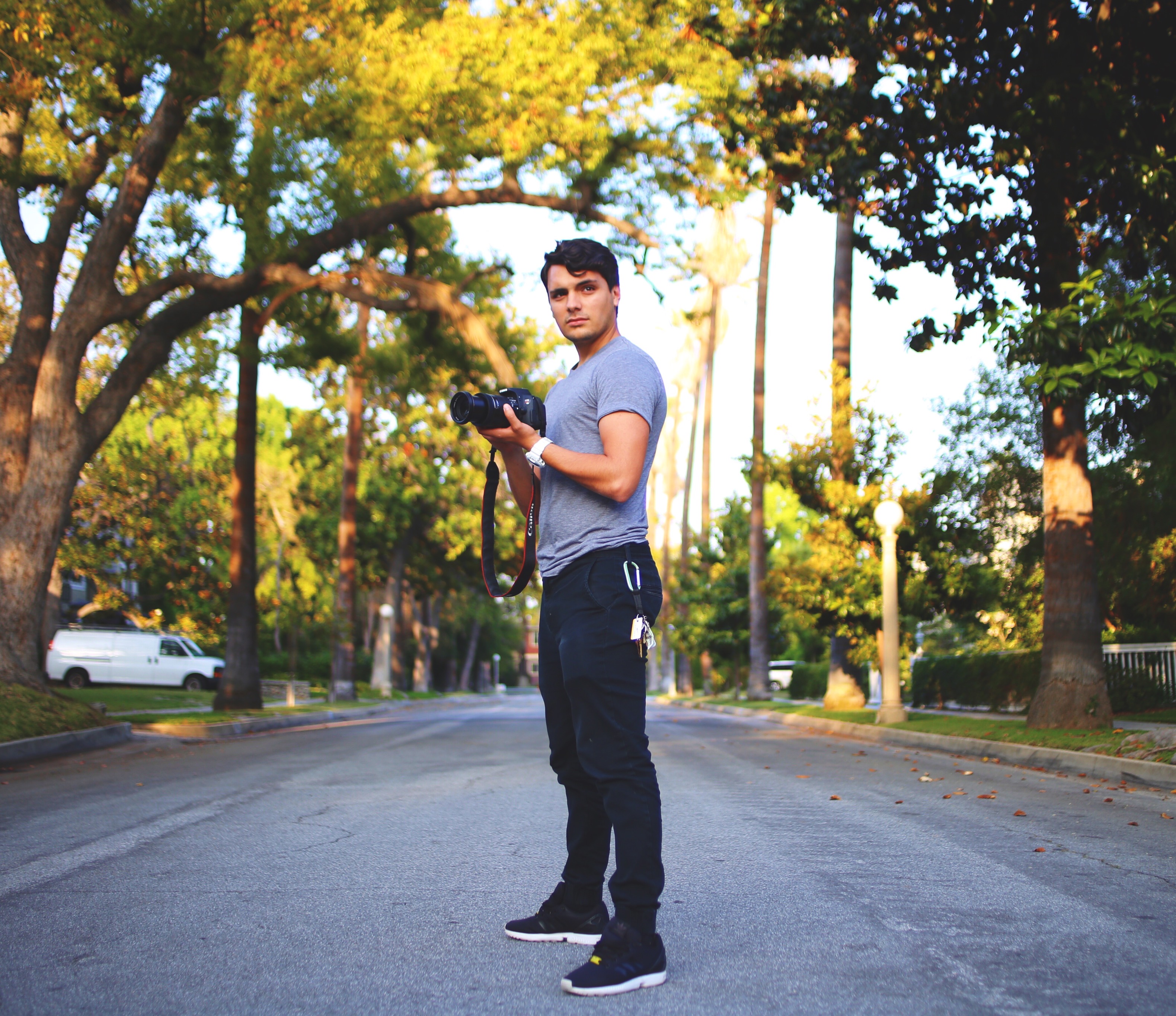 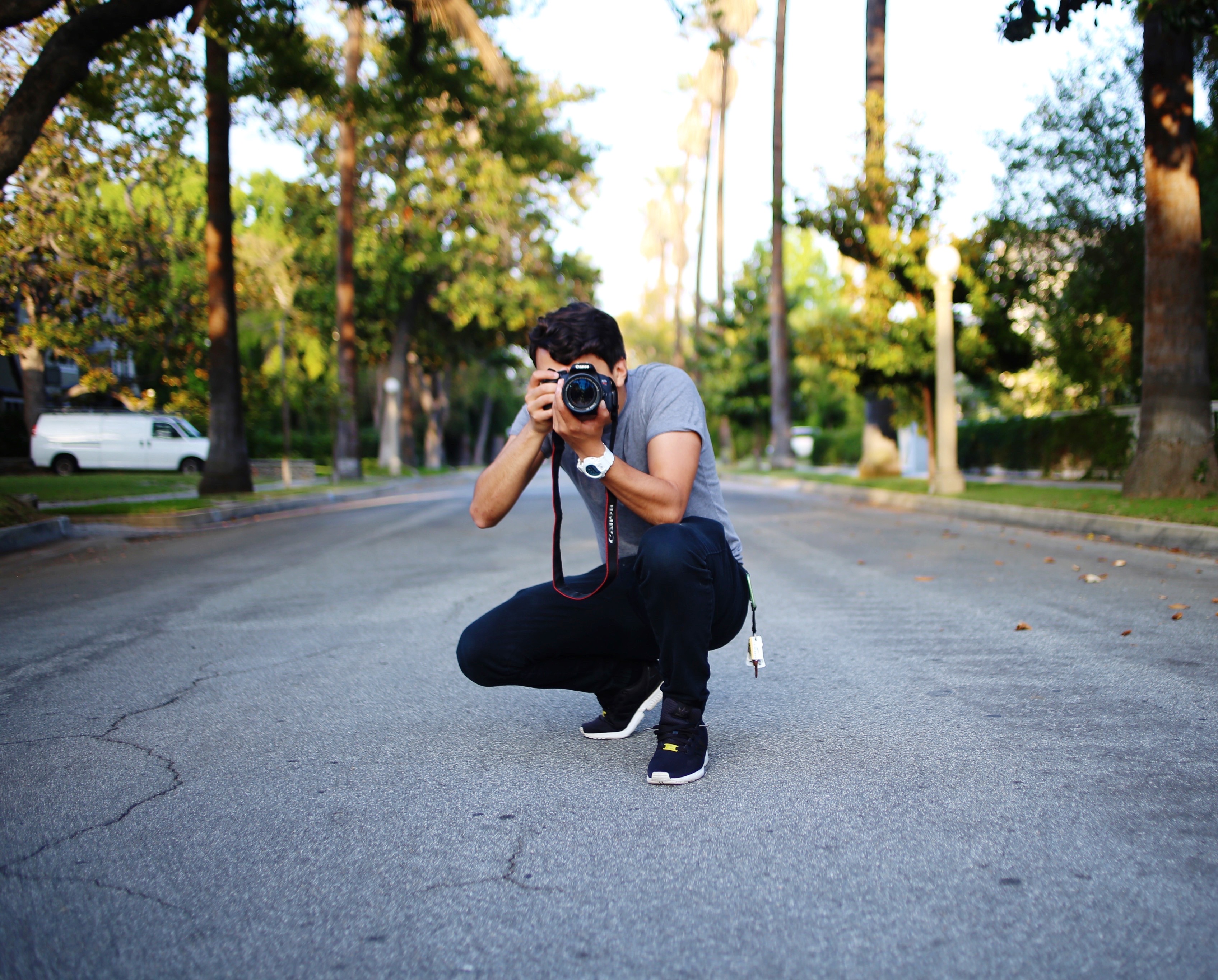