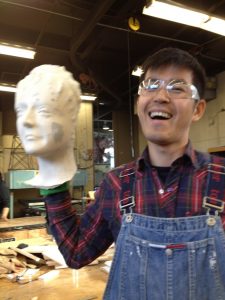 Today we’d like to introduce you to Sean Yang.

Every artist has a unique story. Can you briefly walk us through yours?
Being raised in South Korea, I notice that my sensibilities about art are different from most of my peers. For instance, the difference between “fine art” and “kitsch” in the 21st century is still mysterious to me. Growing up in a Catholic family shaped my early age worldview and values as straight as an arrow but traveling to thirteen European countries in my early 20’s convinced me to leave my career in Computer Science, move to the United States and become an artist. I changed everything. My new language, my new culture and the change from a homogenous to a multi-cultural social context have changed my life. So, it is no surprise that Transformation became a theme I have chosen to pursue in my art.

Please tell us about your art.
One recent work You are What You Eat is about a formal transformation; using found objects to cast something new. This piece deals with the contemporary issue of the food industry; specifically addressing such industrial giants as Monsanto that governs what the population eats. Visually, You are What You Eat consists of two figures. One sits on top of a wheel, and the other has a goat’s hooves with a cast aluminum twig as a crutch. Both pieces are made from molds taken from the body of Cornish Game Hens combined with a human face. A sharp beak replaces the human nose. These figures become morphed into completely different creatures from the initial objects. They are anthropomorphic figures which bring an absurd dialogue regarding mutation and genetics. Since food is an integral part of everyday human life, I intend to bring conversations about mutation caused by side effects of Genetically Modified seeds and their dangers to the environment.

In other words, the concept of transformation is evident through the transference of energy. This takes the form of kinetic sculptures, some motorized and some fall into the category of automata or hand-cranked devices. Visual Masturbation is an automata that requires viewer participation to operate. As the viewer turns a crank, the glass components subsequently move, and the central figure rotates around as if viewing them. Conceptually, my aim was to animate hand-blown glass pieces as my own creative output and a red ceramic infant figurine as symbolic of me when I was four years old. Technically, it is a well orchestrated and a painstaking effort to create harmonious movements based on physics and mechanics. It is a transformative visual orchestra which can be operated by participation of a viewer.

Cycles is another kinetic sculpture that consists of two cast aluminum figures standing on top of a motored aluminum bar. As it rotates on a sand floor, one figure does mark making, and the other figure erases the mark. The two figures act as a symbol of hyper- power of cultures and civilizations. As the one radius make marks on the sand floor, the other wipes out the mark created by another. The significance of Cycles is nothing but the banality or futility of life as time, space, and people change.

My primary influences are nineteenth-century symbolism and twentieth-century Dadaism. In my mixed media works, I adopted assemblage techniques from Dadaism that utilizes found objects. French artist Marcel Duchamp’s work “Bicycle Wheel” was very refreshing because daily objects were used to make art. He mounted a bicycle wheel upside down onto a four-legged wooden stool, spinning it occasionally just to watch it. His attitude was if you call it is an art, it is an art. That’s considered as the first participatory kinetic sculpture. The point he established is that the choice of the ready-mades was based on visual indifference rather than conventional esthetics. Jasper Johns and Robert Rauschenberg are influential artists because of their versatile uses of mixed media.

My goal as an artist is to give viewers an awareness of reality by presenting an imaginative subconscious. I want the viewers to think, agree or disagree and become intrigued. I find great joy in a morphological transformation using found objects to create something new and the concept of transformation through the transference of energy. Using different techniques and media, I try to find a way to make the viewer look closely at my art, to wonder about my art and to think about my art.

It seems to me that it doesn’t really matter if the artist is endorsed by the upper echelon of the contemporary art world as long as the artist voices the contemporary issues such as diversity, separation between a government and a religion, a climate change, and income equality. In my opinion, meaning-making and thought-provoking function are integral elements in the studio practice in contemporary art.

Rejections keep us humble. Please don’t stress out over things that you have no control over. Most artists’ realities are different from what they’ve wished and desired in their early stages. Rest of society invested in money. In our real tangible material world, most commoners really don’t appreciate and enjoy arts. It’s about tangible money making for most commoners. We really lose the arts and cultures without creative individuals who sacrifice their lives for their passions. In our real world, building a building is not about building. It’s about how fast with the least amount of money; the cheapest way and the fastest way for commoners’ housings. How fast can you do it? I don’t mean to demean or insult commoners. That’s just how things are and how the majority of common people behave in terms of viewing visual arts, and they are value sensitive. Art is a human movement whether it’s about nature or man-made, two-dimensional pictorial art or three-dimensional spatial art or in-between versatile dimensional art using one’s body.

Particularly, many artists are fear-based creatures who’ve developed their own artistic vocabularies over years, and they are often frustrated in order to deliver perfect messages out and to put them in a tangible format.

Rejections are the devil of the deep blue sea. We the artists have to push through this fear. I’ve come to realize that disassociation of the work and me is integral. The truth is that a photo of my work is rejected, but I am not rejected. Frustration continues and turns into resentment. When anger is not resolved, a form of action is necessary. I truly believe that artists have the ability to express that frustration and resentment in a tangible format.

It’s not worth your time and effort to just worry about because it is what it is. Beating a dead horse is futile. And always say yes when opportunities arise. Self-doubt holds you off. Art world affairs are fun. It’s a form of a ritual and a lifestyle that you decide. Believe in yourself and just do it.

How or where can people see your work? How can people support your work?
My mind is weighing on Fine Art quality and the economics of art. The perception of beauty is absolutely subjective. As the saying goes, beauty is in the eye of the beholder. David Hume’s Essays, Moral and Political, 1742, includes “Beauty in things exists merely in the mind which contemplates them.” I don’t think most contemporary art collectors really know how to contemplate the beauty that they paid $722,500 for the Brillo Box. Just like Economists seek to answer important questions about how people, industries, and countries can “maximize” their productivity, create wealth, and maintain financial stability and pension plans. The fair’s seems like a symbiotic relationship between collectors and artists and dealers. But from the very basis of the Fair tent, there’s economic principles such as information asymmetry, and information monopoly is ubiquitous in the art world. In our cluttered social media era and multimedia culture, a significant collection does not just arise; it is made by institutions no matter how legitimate they are.

I should admit that it is really hard to avoid a linear causal chain, reflected the complexities of a world in which rule breaking is the official rule. I believe that learning the techniques and breaking them intellectually is what artists do and that we all are seeking different types of endorsement in different institutions like The Auction, the Crit, the Art Fair, The Magazine, and The Bienalle.

One point, majority of studio art major grad students who got out of the school systems and started their practice as an independent artist hit the wall or have an intellectual break down due to their disciplines and directions. I’ve created works without marketing and promotion plans. Now I realize that doing good work is 50 percent. The other 50 percent is promoting yourself in a positive way. So I started having shows at commercial galleries such as Los Angeles Center for Digital Art, Art Share LA, The Younger Gallery, Metro Gallery, McGinty’s Gallery, Ave 50 Gallery, The Neutra Institute Museum of Silver Lake, Khan Gallery at Vermont Studio Center. I am still hungry for more solo shows. I am delighted to announce that I am no longer an ’emerging’ artist since my solo show was taken by The Betty Younger Gallery. But I’d like to be more emerging. 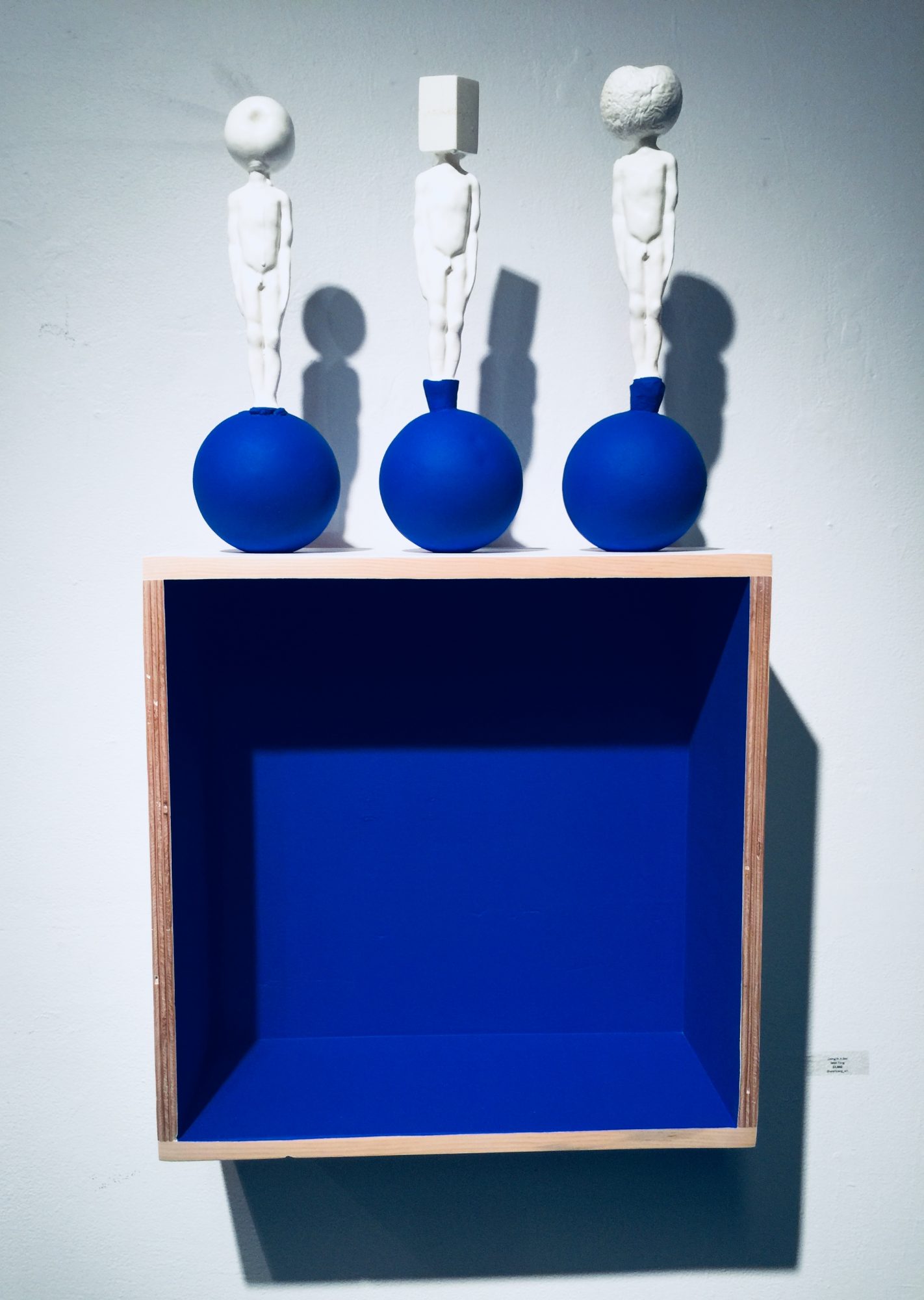 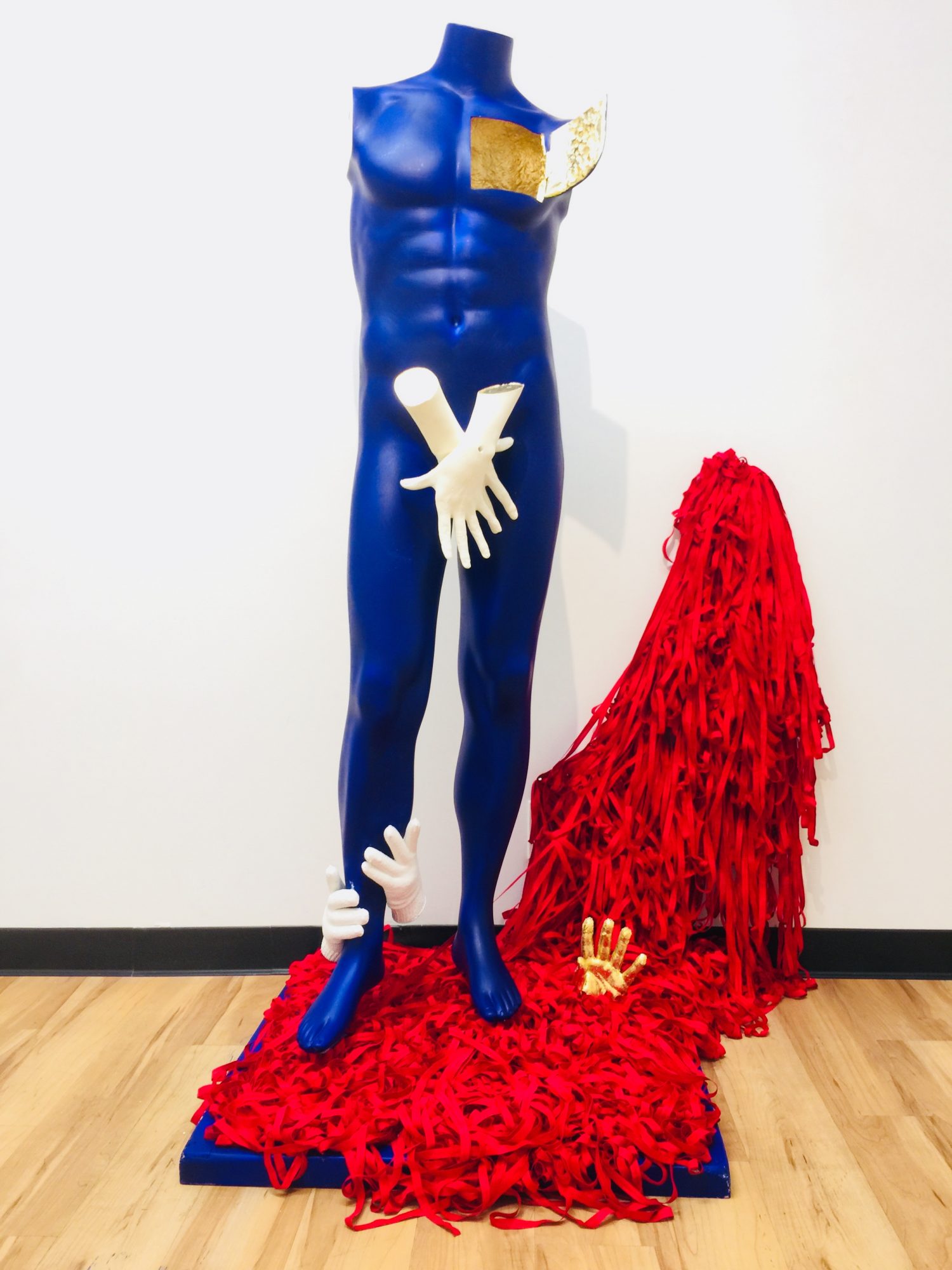 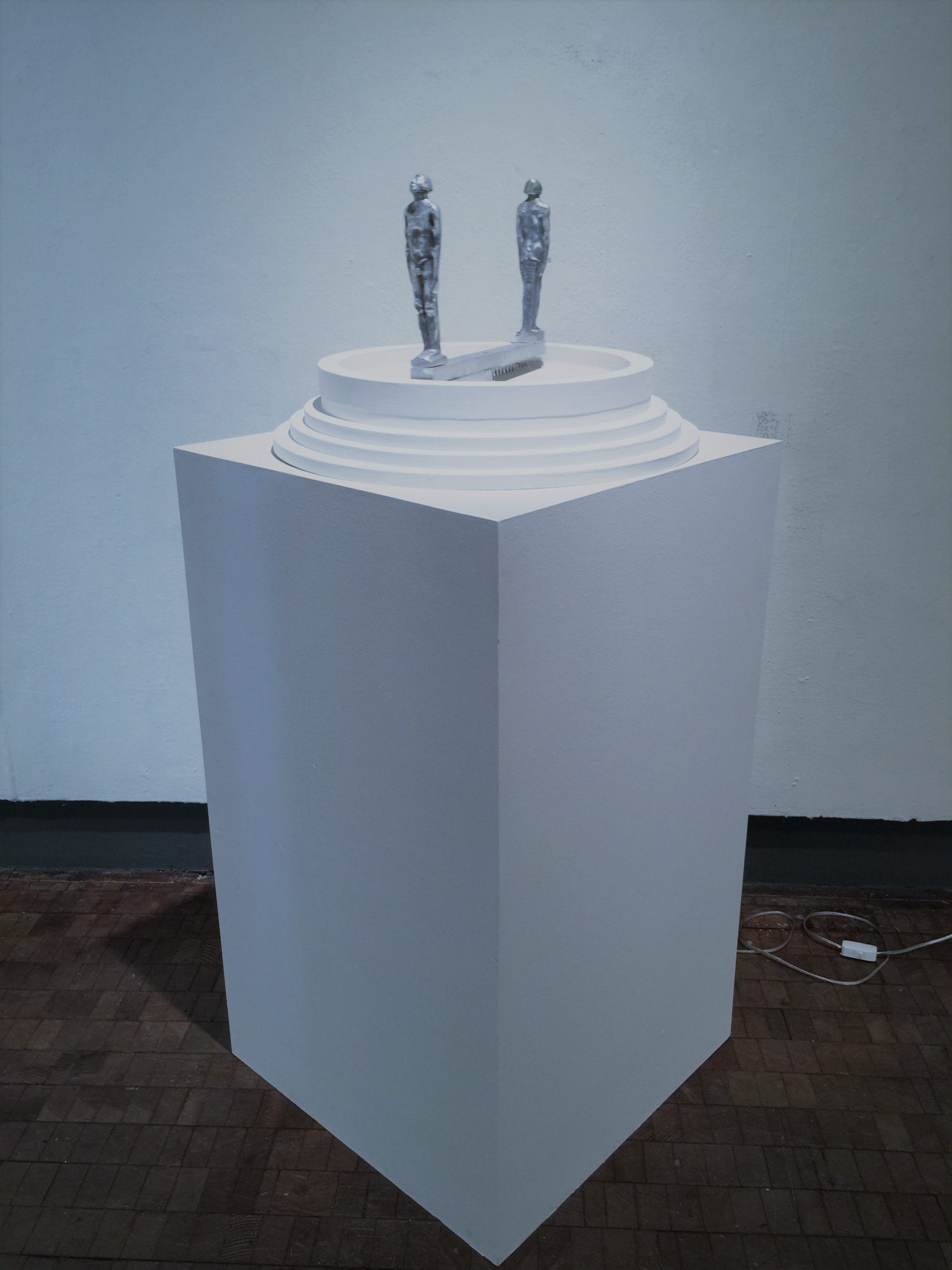 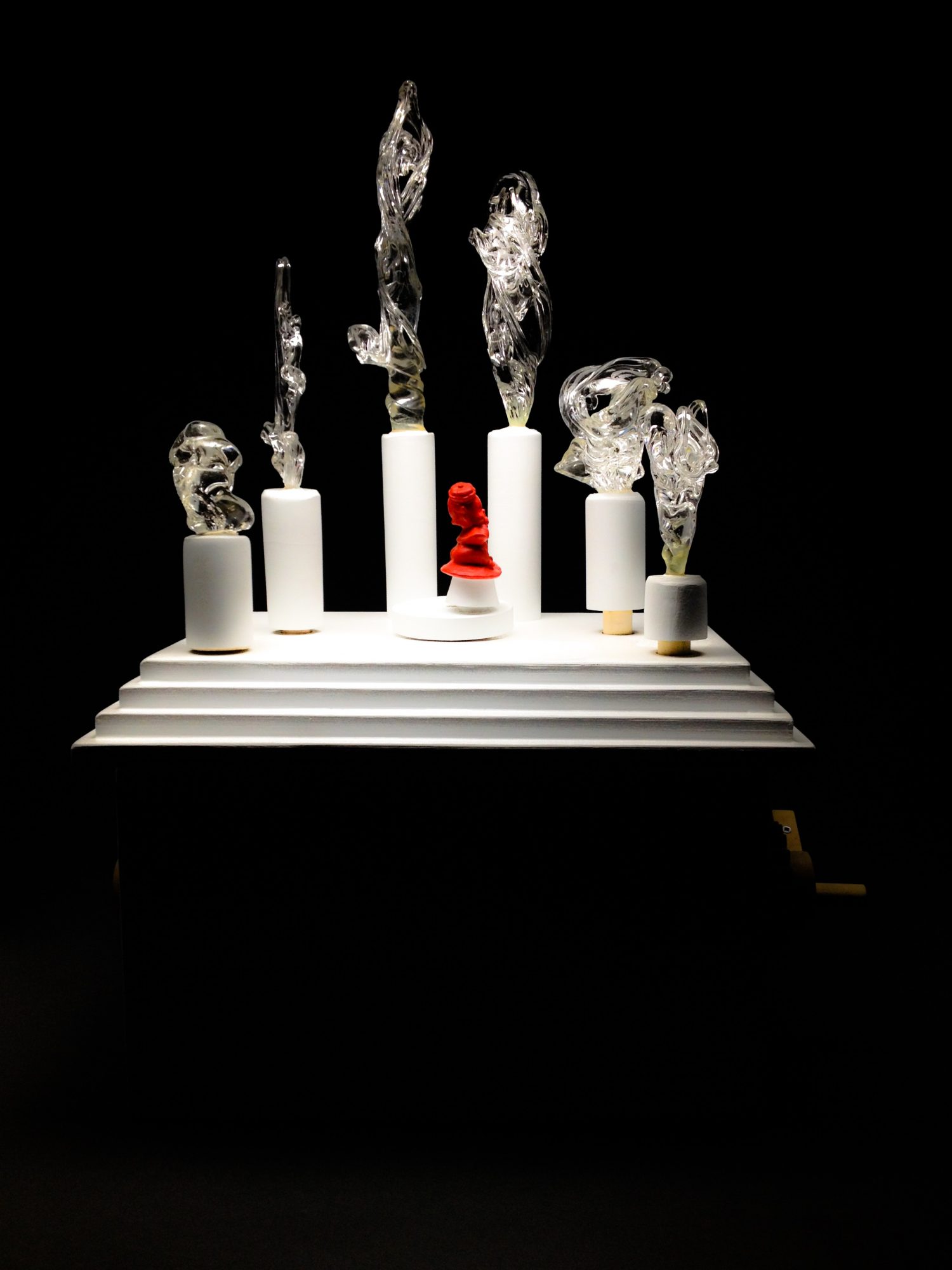 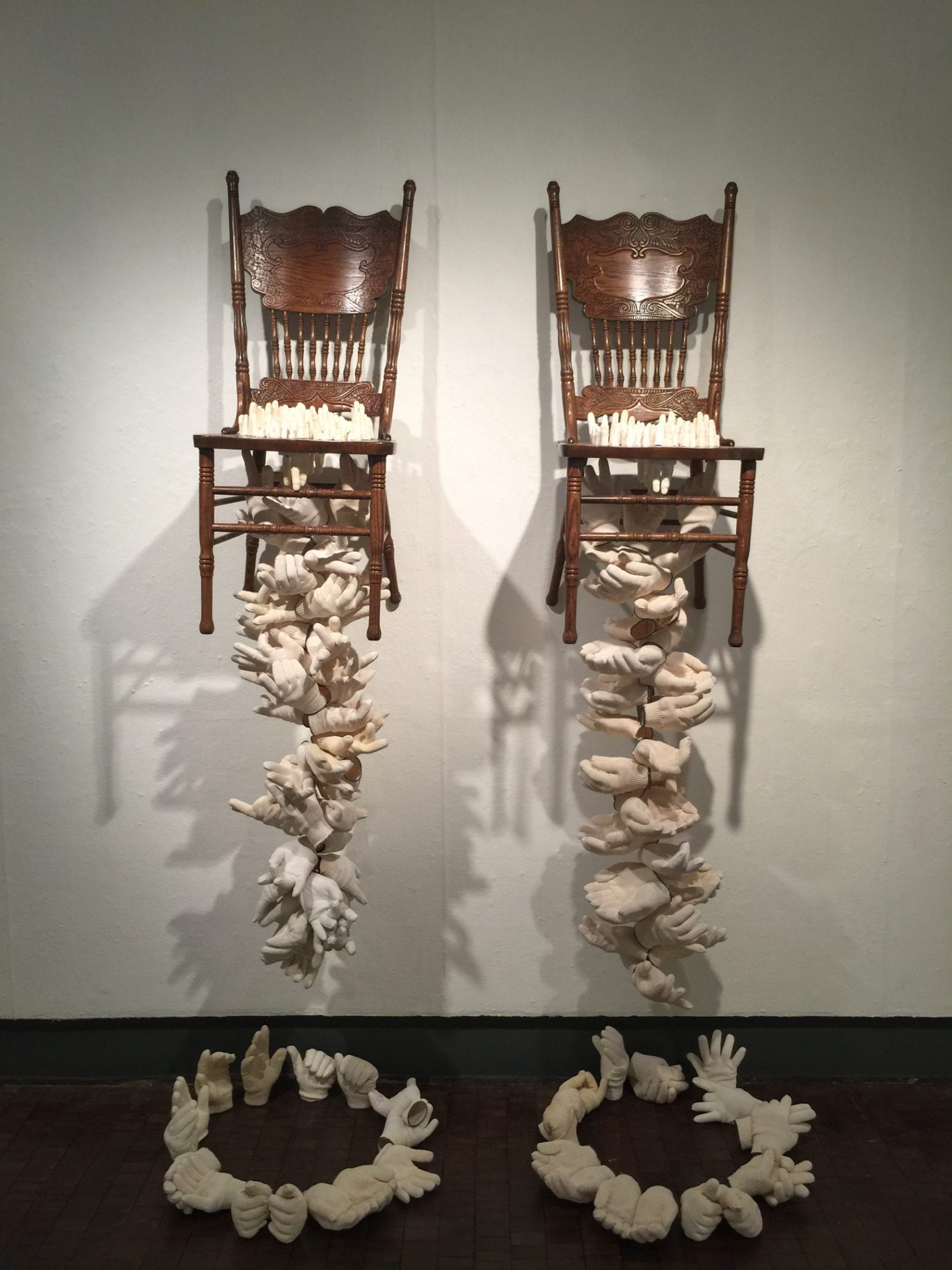 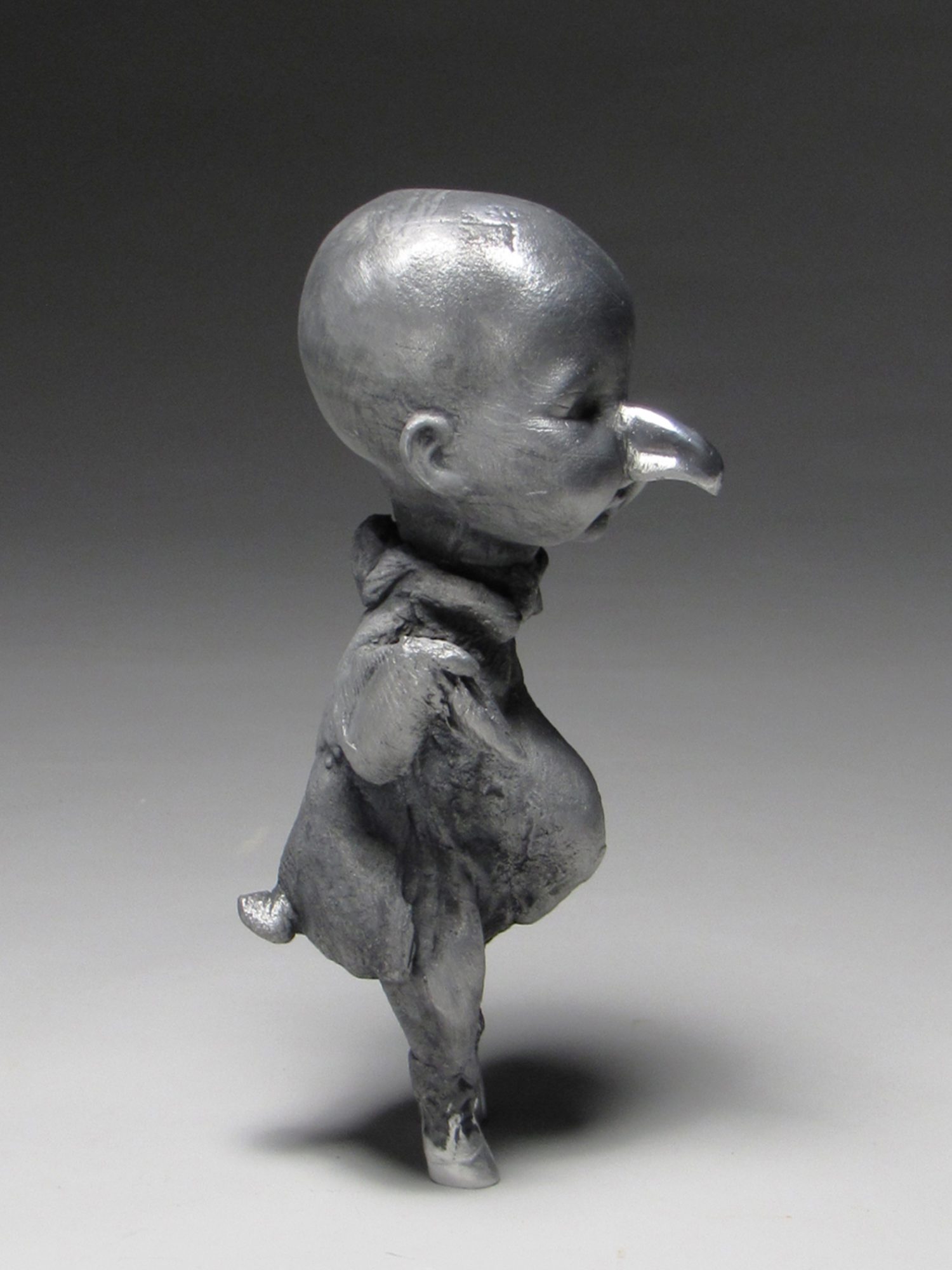 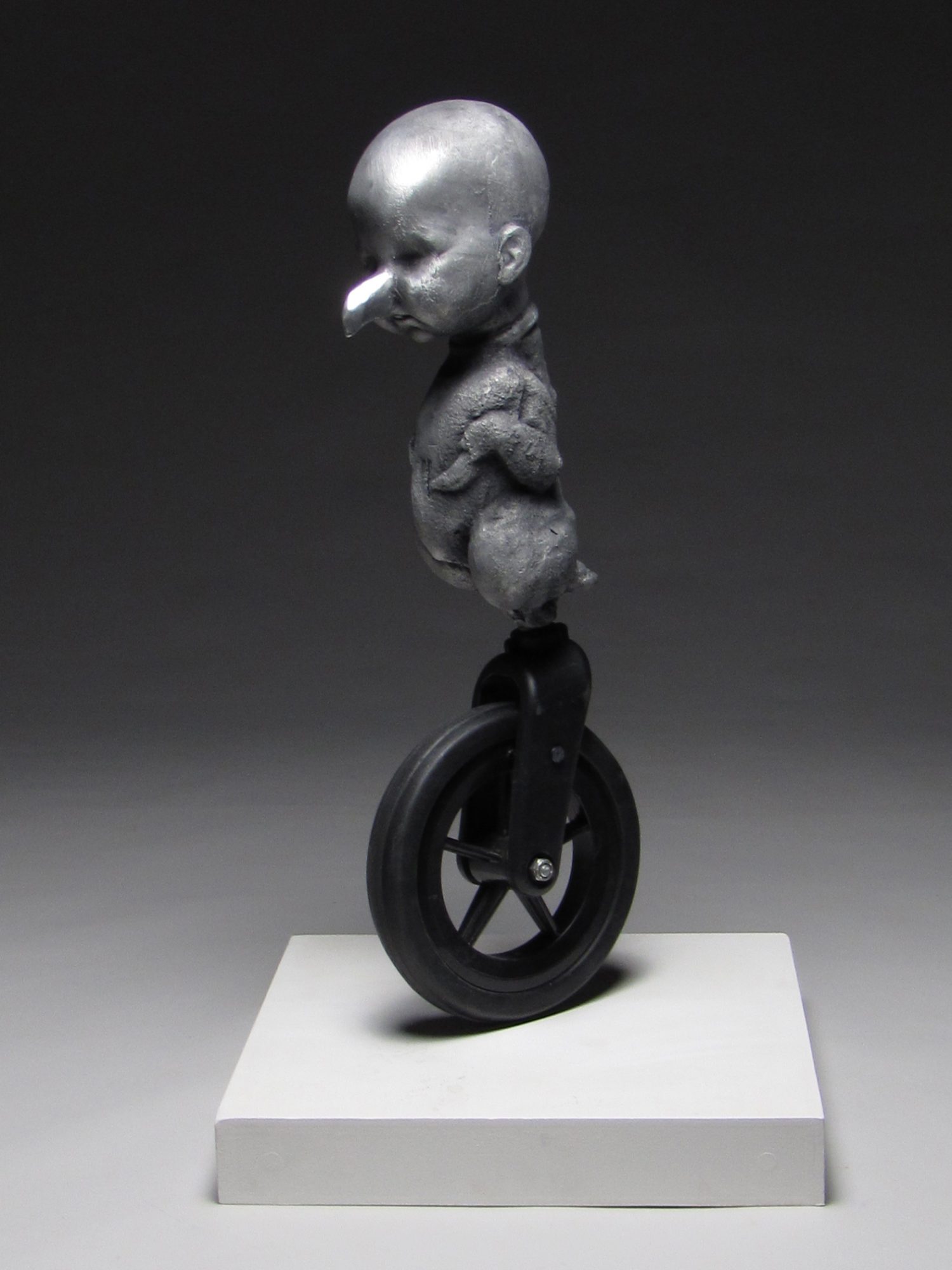 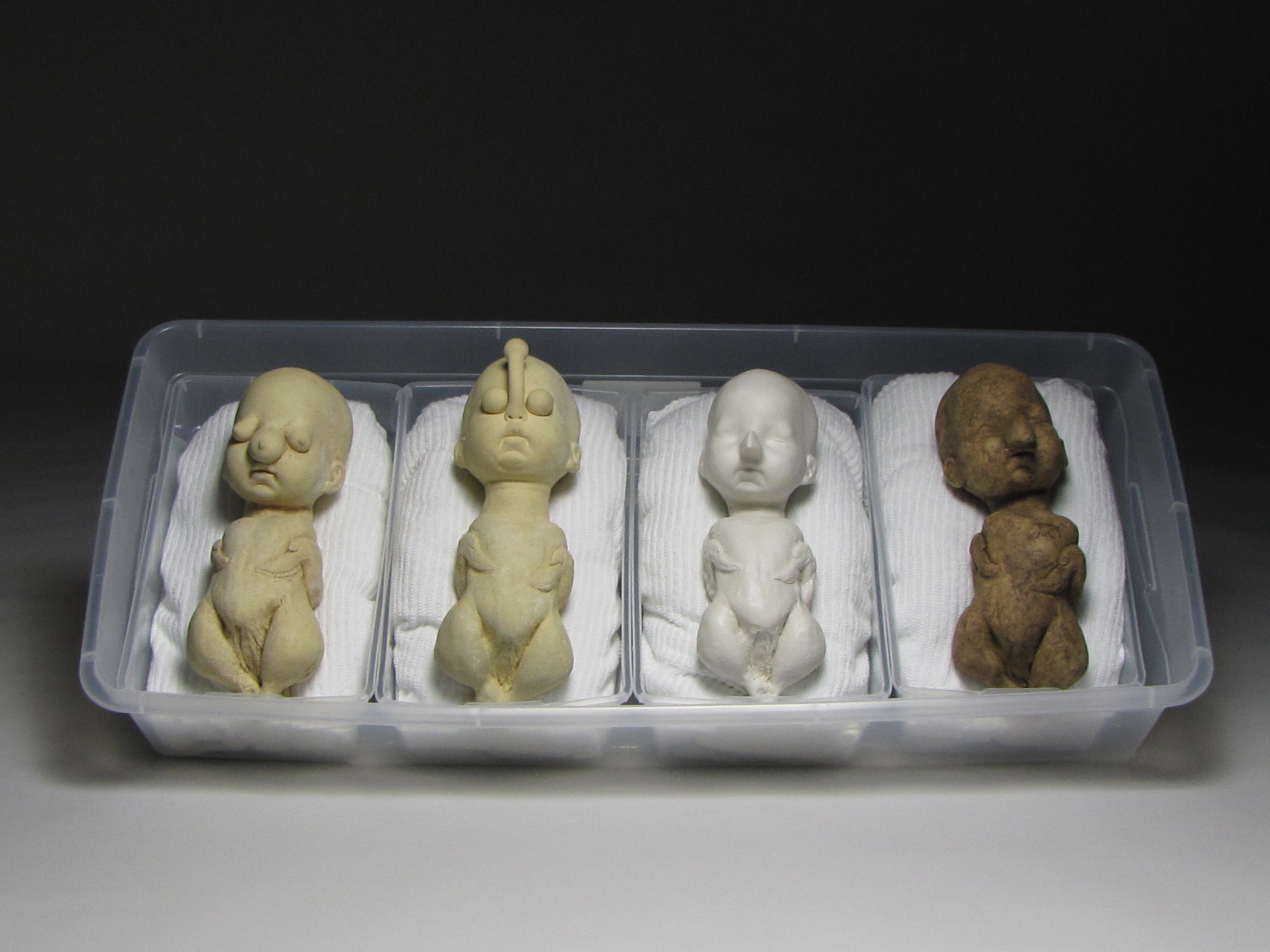