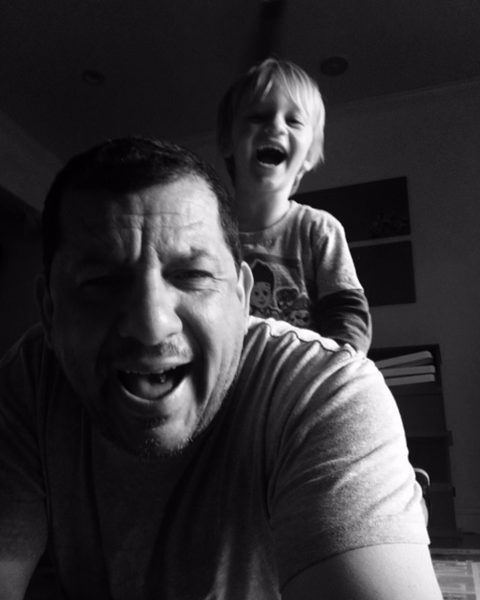 Today we’d like to introduce you to Sean Main.

Thanks for sharing your story with us Sean. So, let’s start at the beginning and we can move on from there.
After a 25 year career in Hollywood, almost 20 of them self-employed, my time had come to an end. The first two companies that I started grossed between 3-4 million per year, but my third was a spectacular failure. Thankfully, my wife put her hand on my forearm and said that it was time to move on. Faced with reinvention at 48, she suggested that I open an in home daycare. We have a 9 year old son that was born without his right hand. Being able to work from home, to be a stay home dad sounded like a pretty good plan, so we opened Angel City Daycare.

Having had great success with my first two companies, starting this was no big stretch, or so I thought. We are lucky enough to have a good size house with a huge yard which made for a good foundation. Then came our first open house.

In my Hollywood days, we had very strong competition, but there was always one thing that I would do that the others could or would not do. I believe that you open strong, you do everything you can. The first thing I thought of was to install cameras inside and out so that the parents can log into and watch their children play. In addition, everything is recorded so that in the event of a child injury, we usually had the event on camera and could provide a video clip of their child falling. It was the one thing that almost nobody does…anywhere! I call it my unfair advantage. When we had that first open house, the first family signed a contract on the spot.

From then on, every parent, without fail cites the cameras for a peace of mind that is hard to find in the in home daycare market. Most think they have a divine right to privacy because they work form their home. When you have 12 children that belong to others, you are not entitled to that level of privacy.

Has it been a smooth road?
Struggles, wellbeing a man in this business was hard in the beginning. I know that a lot were skeptical, but we hired great caregivers and slowly we won them over. My ego was another issue. I used to do millions a year in sales, not I was doing a fraction. But I got over that soon enough.

We’d love to hear more about your business.
I started this business after my first career in Hollywood ended after 25 years, largely self-employed. Much can be said about Hollywood, but I worked with some of the best people in their respective field and learned a lot about thinking progressively, solve a problem before it starts. And when you deal with babies and their parents, thinking that way has served me well.

Knowing that being a male in this business, many parents might not have been so comfortable so the first thing we did was install a closed circuit camera system that all of the parents could log into and watch their children play. We also record everything, so when a child would fall, or take their first steps, we usually had that on camera. That was the game changer for me. ALL of the parents loved having the ability to watch their kids at play on their phones via an app. They also loved seeing how their kid got that scrape on their knee, rather than trusting a relative stranger. It promoted trust and accountability. We also hired all of my son’s caregivers. They are much more that employees, they are family and are treated that way.

I think the thing I am most proud of is that we were able to create something different, progressive. I honestly believe that everything can always be made better and we have always tried to make it better. Certainly the cameras are what we are known for. That and I hope the quality care we have provided to all the families that have come and gone.

Is our city a good place to do what you do?
The cameras have been so successful that I started to think there was a bigger business there. I started to do the research and found that there are over 350,000 in home daycare in North America and nobody is watching. Terrible things happen every day and the only way to stop bad things from happening is to try and get cameras in every single daycare. How to do it was an issue as daycare owners will find is an invasion of their privacy. So we are going to reach out to parents first. Parents have the power of the checkbook. If they got together and politely requested that cameras be installed, when they say no, they will risk looking shady. We have incorporated the new company and have recently filled a commercial interviewing parents about how important the cameras are. It is a powerful statement. We are still branding and plotting the rollout, which will happen in January-February.

I am also looking for small commercial space to open an infant only center. I turn down 30-40 requests a month. Our infant wait list extends well into 2019. There is a always will be a huge demand for infant care in Los Angeles. We hope to be open in the summer of 2017 somewhere in the South Robertson area.

So big changes are coming.

Image Credit:
I took all of the pics.
Sean Main