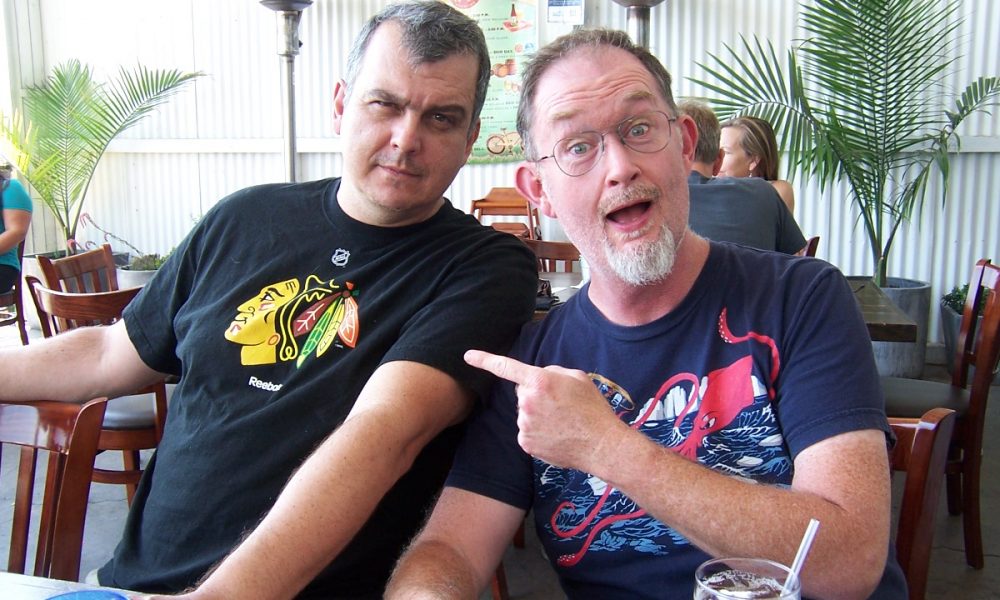 Today we’d like to introduce you to Sean Branney and Andrew Leman.

Sean and Andrew, can you briefly walk us through your story – how you started and how you got to where you are today.
We first met doing high-school theatre in Denver, Colorado in the early 1980s. Sean had a brand-new copy of the classic Chaosium game Call of Cthulhu, which is a traditional table-top role-playing game inspired by the works of classic horror author H.P. Lovecraft, whose stories were first published in the pulp magazines of the 1920s and ’30s. Sean invited Andrew and some other friends over to play it, and those frightening and thrilling nights when we gathered around Sean’s kitchen table to experience Lovecraftian horror paved the way for many strange and improbable events that followed.

While we all enjoyed playing an RPG game around the table, as theatre kids we thought the game would be even more fun if we put on some costumes, hid some clues around town and played the game in character out in the real world. We had never heard of the idea of Live Action Role Playing (LARP) games, so we invented a system of rules that served our purposes and called it Cthulhu Lives!™ Soon, we were staging games in creepy basements, vintage mansions and deserted mountainsides in Colorado. Many friends played in these games with us, and for most of them, once they tried it they were hooked. In one notable gaming incident, Sean ran an adventure on the campus of the University of Colorado at Boulder in which black-clad ninjas attacked some of the investigators on the college campus. Passers-by who did not understand what was going on alerted campus police, and when they demanded an explanation from a quick-thinking Sean, he told them the group was the H. P. Lovecraft Historical Society. The police were mollified, and the name stuck.

In a Boulder pizzeria in 1986, Sean and Andrew and Phil Bell decided to make the group a real official thing, and The HPLHS was officially born. We published a small monthly fanzine called Strange Eons which documented the group’s activities and published articles on Lovecraft, history, and other items of interest. Even in the pre-internet age, we soon racked up nearly 200 members across the English-speaking world. As a college project in 1988, the HPLHS produced its first motion picture, an adaptation of “The Statement of Randolph Carter” that was shot and edited on VHS videotape.

College years came to an end, and by 1988 Sean went off to graduate school in California and Andrew went off to graduate school in Illinois. Both of them quickly recruited new groups of players and started staging more elaborate Cthulhu Lives!™ games. Ever ambitious, by this time the Keepers were designing games that lasted for weeks and might involve a tribe of Indians, a herd of horses, or use locations like Death Valley National Park or the British Museum. Games became big undertakings: rather like making a movie, but without a camera.

In the 1990s, the Internet came to be and that worked wonders for connecting folks who were interested in the HPLHS with one another. The HPLHS had a digital archive of the more than 60 Cthulhu Lives!™ games produced over the years, and that archive became the basis of the first HPLHS website.

By the end of the ’90s, Andrew left Chicago to move out to Los Angeles, and shortly thereafter the HPLHS decided to produce a new film, a mockumentary entitled A Shoggoth on the Roof. The 20-minute short investigated a supposed 1970s stage production which melded the works of Lovecraft with the Broadway musical A Fiddler on the Roof. The completed film went on the HPLHS site and was submitted to the H.P. Lovecraft Film Festival in Portland, Oregon.

The making of the A Shoggoth on the Roof documentary led to the production of a cast album for the fabled show. Its popularity led to a CD and songbook for A Very Scary Solstice, a collection of Lovecraftian Christmas carols. There were fans out there who enjoyed the kind of weird stuff the HPLHS was producing and the Internet made it possible to connect them. And after a couple of projects in a humorous vein, we felt the time had come to do something serious: to make a feature film of a Lovecraft story.

Sean and Andrew decided to adapt Lovecraft’s iconic tale “The Call of Cthulhu” and to shoot it the way it might have been shot during Lovecraft’s lifetime – as a silent film. After eighteen months of production, with indispensable help from cinematographer/editor David Robertson, the film was released in 2005 and is often heralded as the most faithful adaptation of Lovecraft’s work ever filmed. The Call of Cthulhu played at film festivals and other events worldwide and was sold on DVD.

The unexpected success of The Call of Cthulhu made it possible for Sean and Andrew to make the HPLHS their full-time jobs. We embarked on another motion picture: Lovecraft’s “The Whisperer in Darkness”, shot as a feature-length talkie. The Whisperer in Darkness was released in the spring of 2011 and quickly became another fan favorite for its commitment to the source material and the spirit of Lovecraft. Like The Call of Cthulhu, Whisperer won a number of awards and played at major film festivals worldwide.

With the success of the films, we undertook another experiment in retro-storytelling. We adapted Lovecraft’s novella “At the Mountains of Madness” as a 1930s-style radio play, with an original score, sound effects and a large cast of actors. The endeavor proved successful and we have now produced 22 feature-length audio dramas based on Lovecraft and Lovecraftian works under the banner of Dark Adventure Radio Theatre. All the shows come with bonus prop documents that take the listener even deeper into the stories and bring the events to life.

We continue to grow the Dark Adventure Radio Theatre series and have released the complete works of Lovecraft in audiobook form. We have just launched our first podcast, Voluminous: The Letters of H.P. Lovecraft.

We’re always bombarded by how great it is to pursue your passion, etc. – but we’ve spoken with enough people to know that it’s not always easy. Overall, would you say things have been easy for you?
The road certainly has had its ups and downs, although we’ve been lucky and the general trend has definitely been up. We have been tantalizingly close to a number of very exciting possibilities that slipped away from us for one reason or another. H.P. Lovecraft himself can be a controversial figure, and his works are definitely not for everyone. He has been a profoundly influential figure in pop culture. Even if you’ve never heard his name before, you’ve seen movies or read books that have been inspired by his work. People who like Lovecraft tend to like him a lot, but generating mainstream enthusiasm for Lovecraftian projects can be difficult.

We’d love to hear more about your organization.
The H. P. Lovecraft Historical Society is an organization founded for the purpose of having fun within the worlds envisioned by beloved 1920s gothic horror writer H.P. Lovecraft. Now we are the world’s premier producer of Lovecraftian entertainment, creating motion picture, audio drama, book, game, spoken word and musical projects with a unique blend of respect for the source material, authentic period details, production value and a sense of humor. In addition to our entertainments, we create a wide variety of other products for Lovecraft fans (e.g. shirts, mugs, props, and much more) and sell them in our Glendale store and online. And we are indeed also a society with active members all over the globe. Our motto is “Ludo Fore Putavimus”, which is Latin for “We Thought It Would Be Fun”.

HPL (1890–1937) wrote his own unique style of cosmic weird fiction in the 1920s and ’30s. First published in the pulp magazines of the day, his tales have inspired generations of writers and creative artists and helped shape pop culture. Blending gothic traditions with realistic science fiction, Lovecraft’s imagination created a world within our world, one haunted by ancient gods, incipient madness, alien races, lost cultures, forbidden books and mad scientists. While he died in obscurity, his work is more popular today than ever.

Most of the HPLHS’ projects have a retro flair. Lovecraft lived and set his stories in a time before cell phones, before atom bombs, before satellites — when the world was still full of romance, unexplored places, and frighteningly dark corners. The Roaring Twenties and early Thirties provide a rich creative backdrop, peopled with fascinating figures. Our vintage styles of entertainment (e.g. silent films, radio dramas) engage our audience’s imagination, and the result is a rich and satisfying experience of HPL’s works.

HPL wrote something like 100,000 letters in his lifetime, belonged to (and ran) clubs, and enjoyed communicating with and visiting his friends whenever he could. From its beginnings, the HPLHS was about sharing our Lovecraft-inspired games, songs, movies and more with like-minded friends, and creating story-telling experiences in a uniquely immersive and collaborative way. The internet has allowed us to expand our society across the globe and share the fun with a world full of Lovecraft fans. We are deeply proud of the spirit of community we have been able to foster, as well as the high standards we try to maintain with all of our productions. We could be called a boutique production company, and even our feature films have a “made by hand” aesthetic.

What were you like growing up?
Andrew was the sixth of seven children, raised by parents who were themselves publishing entrepreneurs. His mother, Bonnie Hale Leman, founded and edited Quilter’s Newsletter Magazine in 1969, the first magazine for quiltmakers, and with her husband George founded Leman Publications in Denver. His parents taught him the incalculable value of a public library card. Andrew grew up in the family business, surrounded by his siblings participating in all aspects of a creative publishing company. He still fondly remembers the smell of the printing presses, and he now does the graphic design for HPLHS. He also was interested in acting from grade-school days and went on to get an MFA in acting from the University of Illinois, and his Equity card at Steppenwolf Theater in Chicago. Andrew was not a particular fan of horror fiction growing up, and never heard of Lovecraft until the day he first played Call of Cthulhu.

Growing up, Sean was a bit of a loner kid. He had two older brothers who, like the parents in his multi-divorce family, were busy doing their own things. As a result, he did a lot on his own and found ways to make his own entertainment. As he got older, he became increasingly involved with theatre, and there found a very satisfying sense of community, collective purpose, artistic discipline and creative fulfillment. Involvement in theatre led him to form many of the best and most lasting friendships of his life as he went on to get undergraduate and post-graduate degrees in theatre and run a theatre company of his own with his wife. 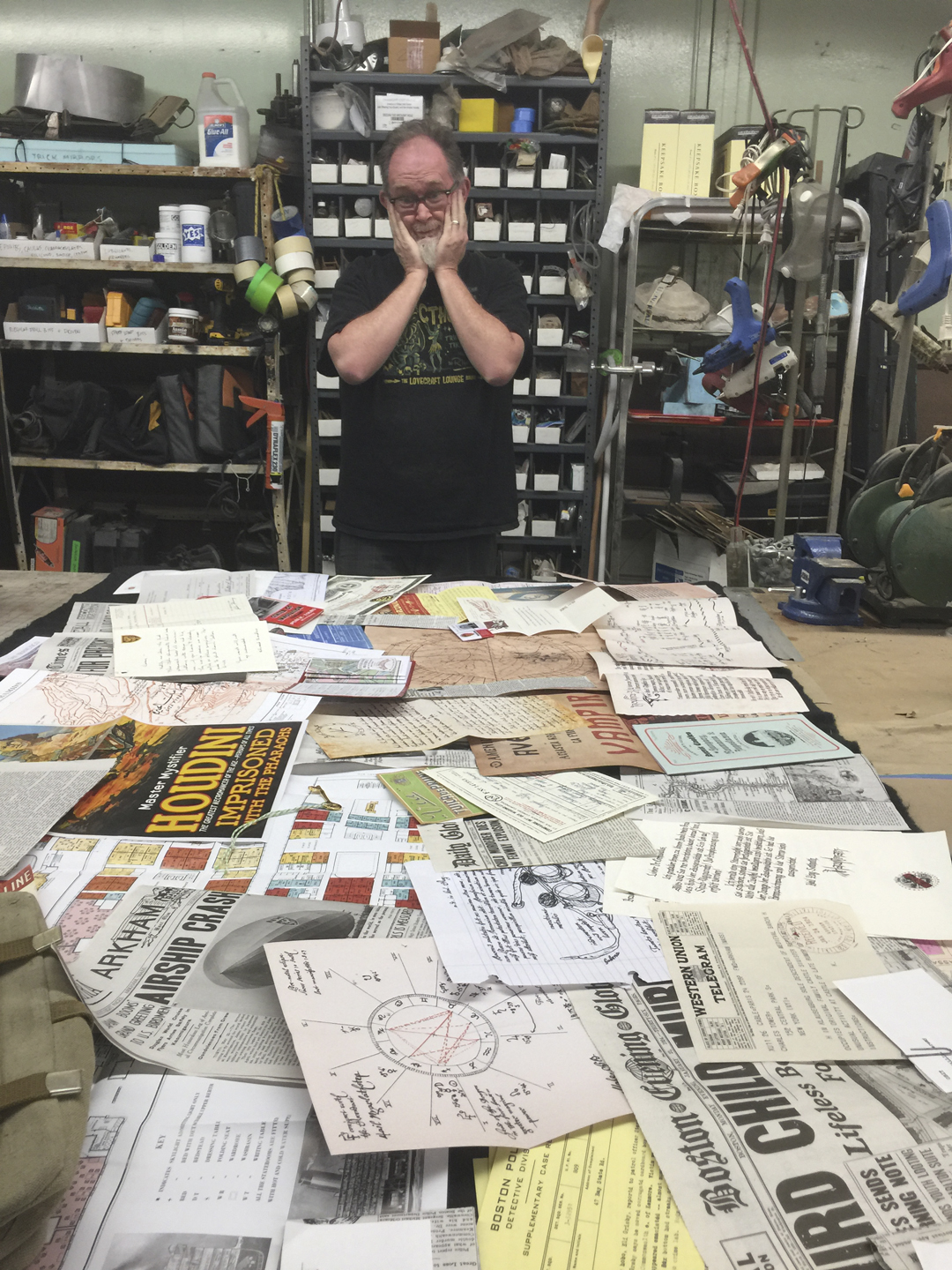 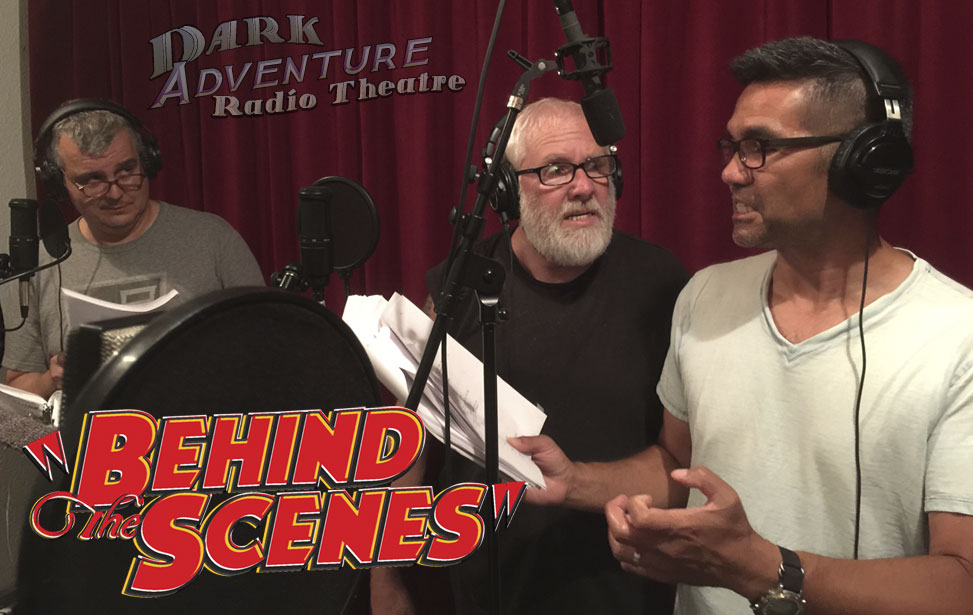 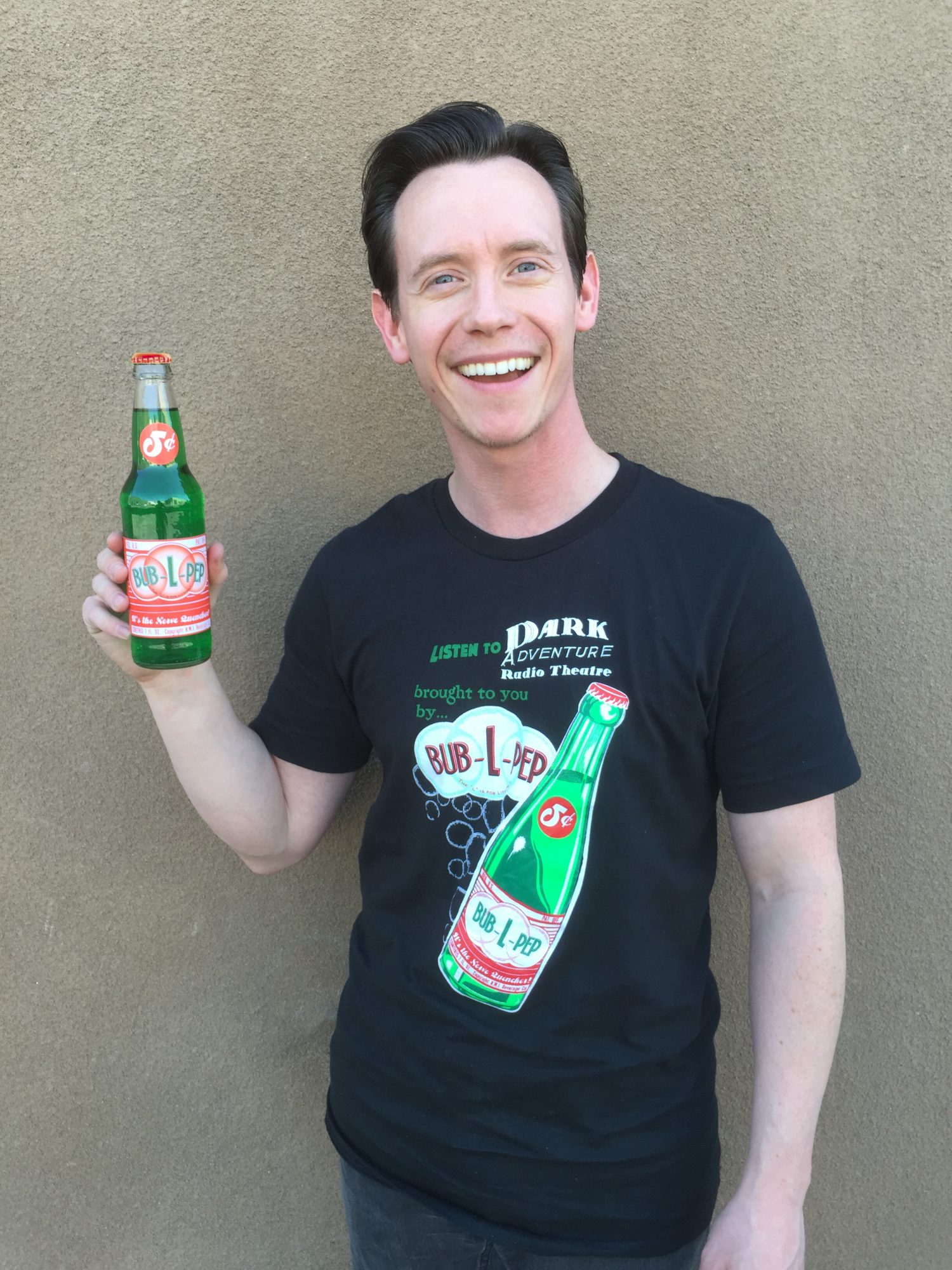 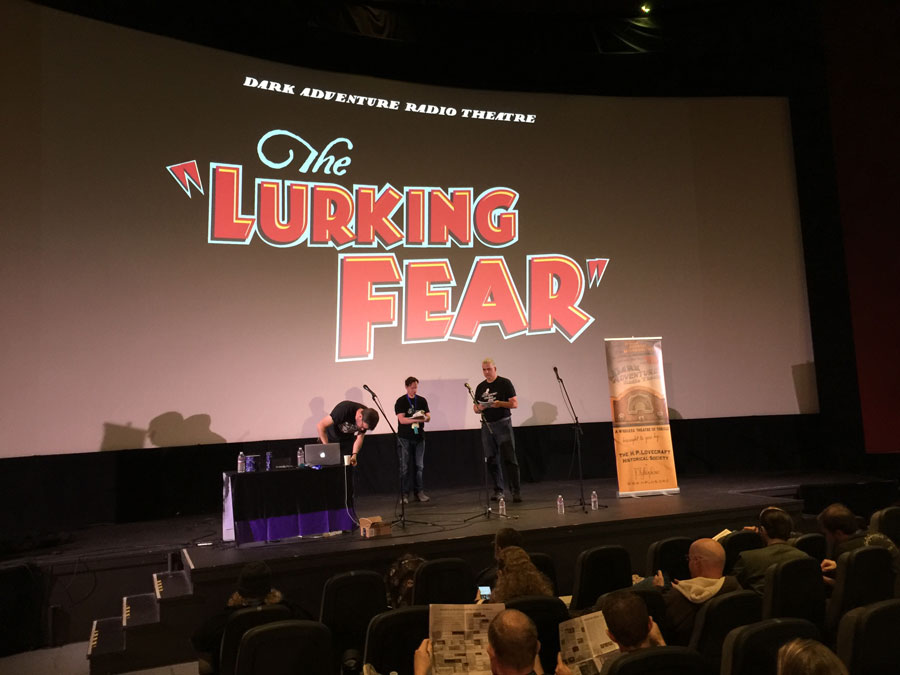 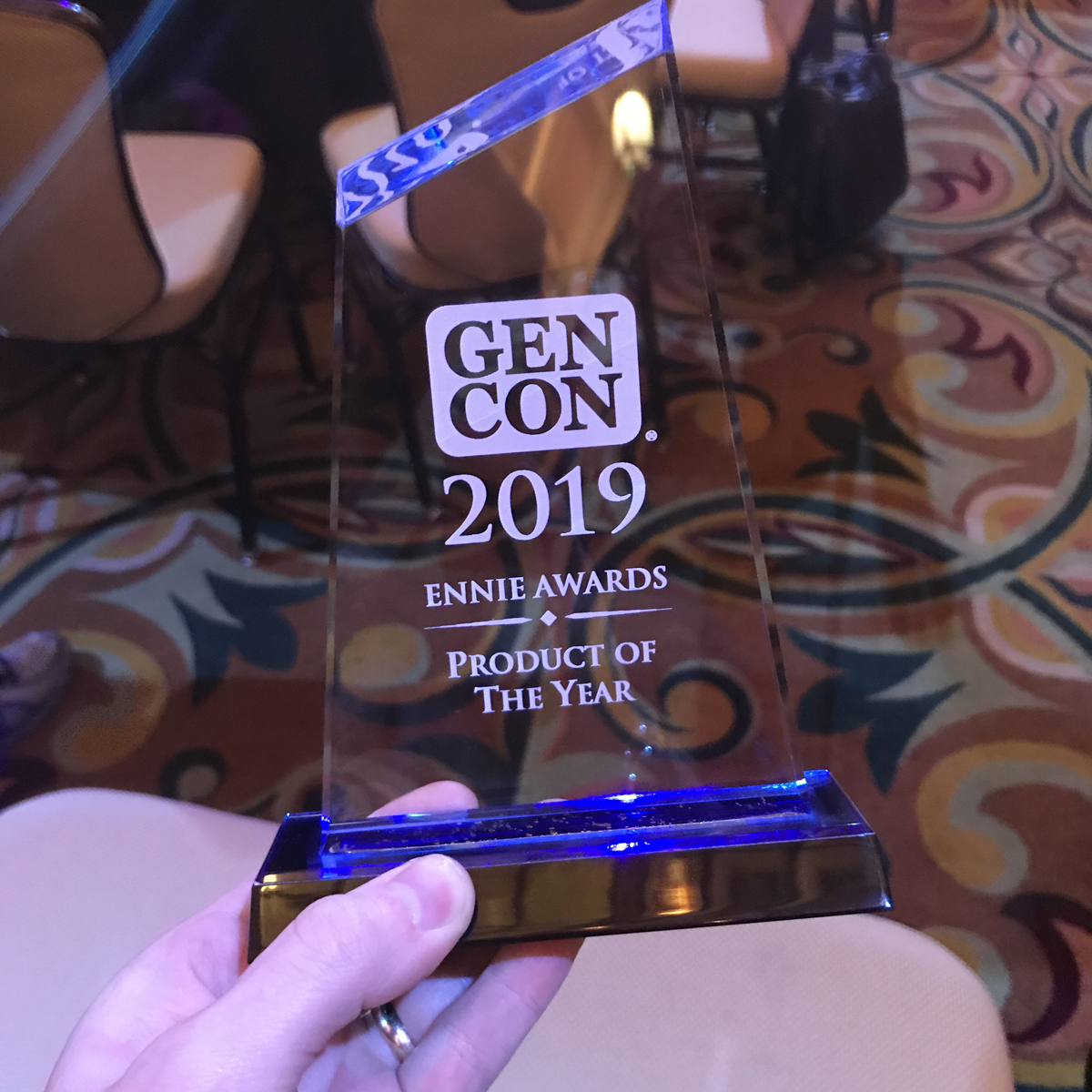 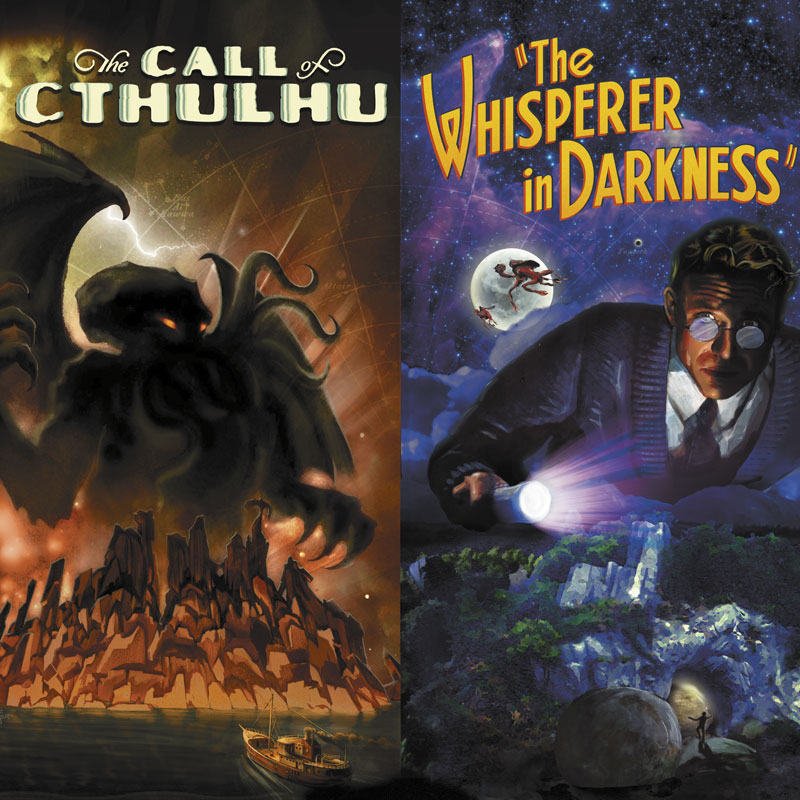 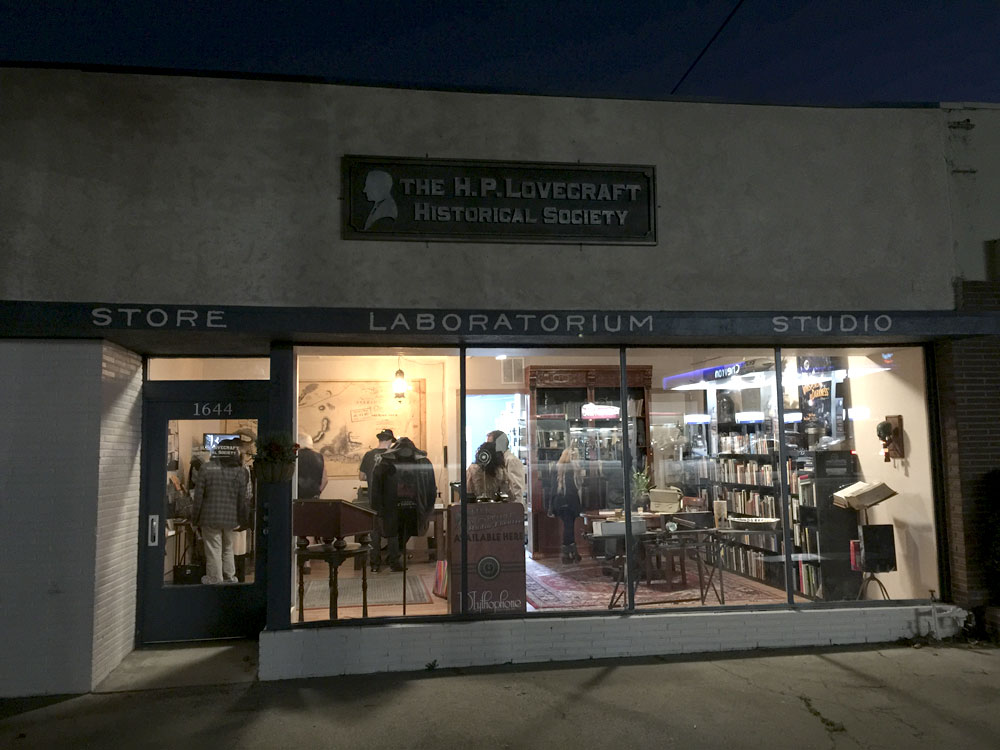 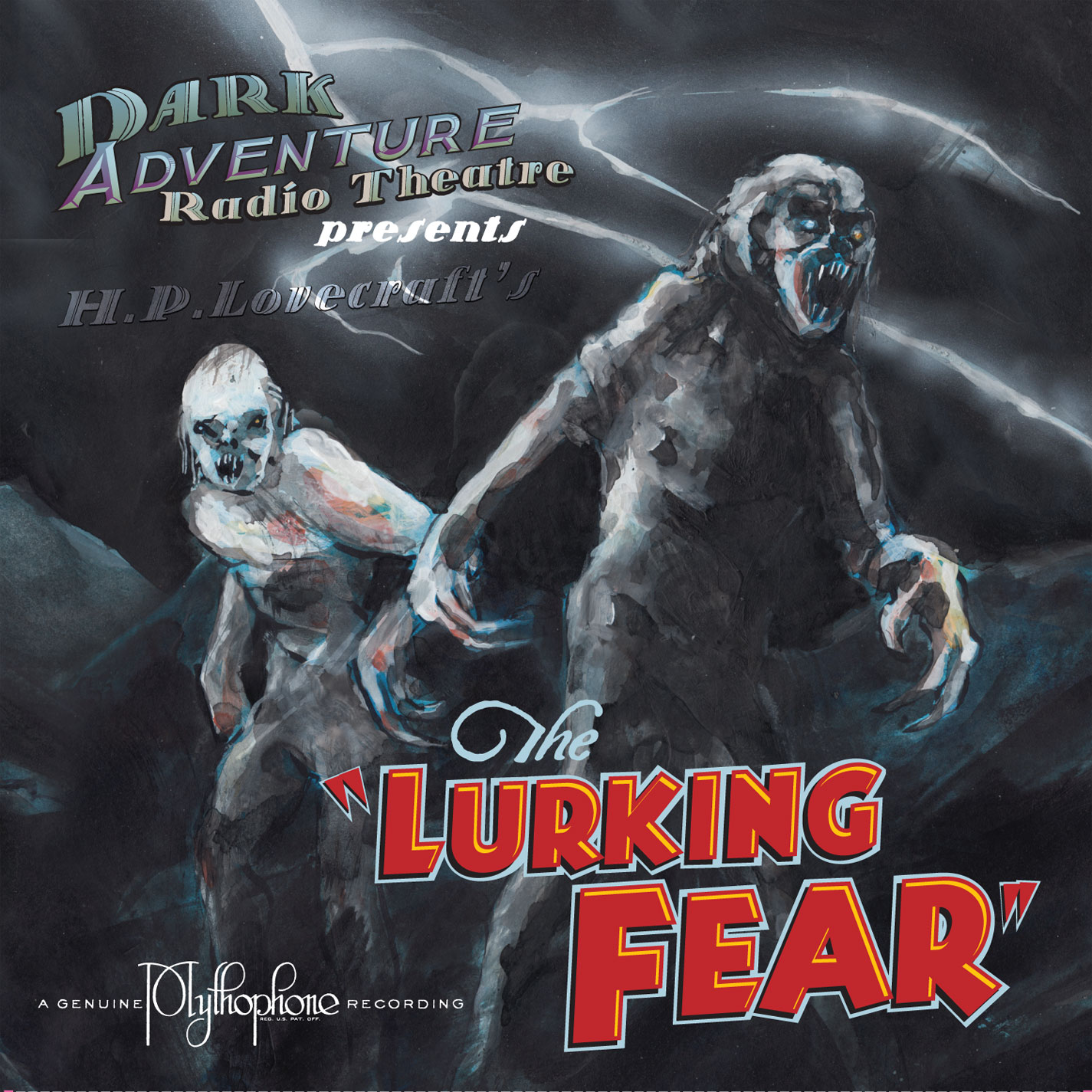