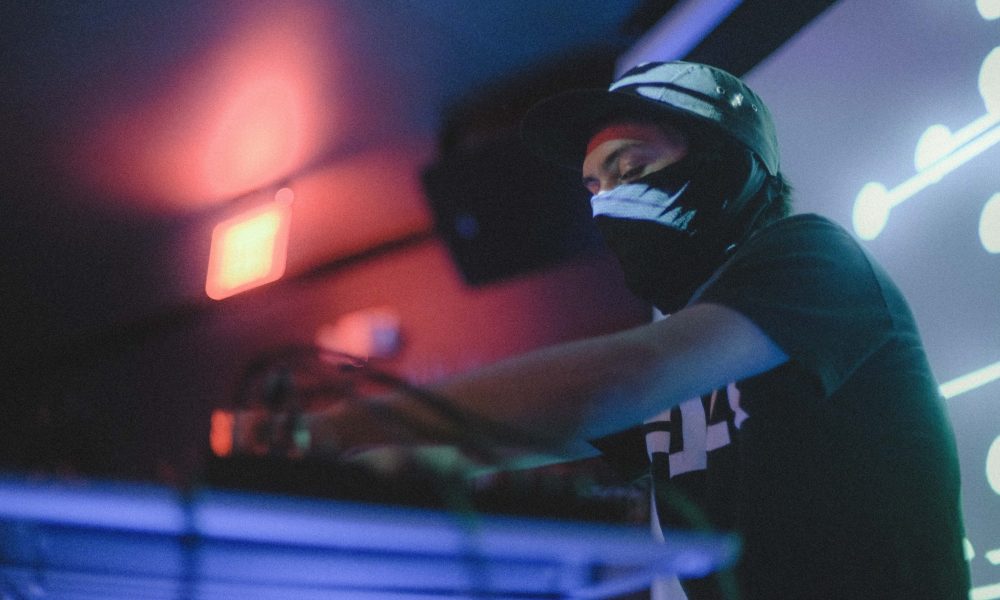 Thanks for sharing your story with us Scout. So, let’s start at the beginning and we can move on from there.
Not many people know very much about me but hopefully, it doesn’t make people think less of me because of it. The truth is that I’m so very shy and this project was a means for me to come out of my shell. I started this project to prove to myself that I am worthy of power and responsibility. The mask does not represent me hiding from the world, it actually reveals who I am to everyone who comes to a show.

I got my start by being a lover of music at a young stage in my life cycle. Any music found in television, film, or mere commercials piqued my interest. My main fascination with music was mostly started by pieces found in animated television shows like Power Puff Girls, Samurai Jack, the Toonami segment, and Batman The Animated Series. These programs had such rich textures and atmospheres with their soundtracks that they bring up so many memories just by listening to a couple of seconds of their theme song. The shows themselves get carried so well simply with sound alone just like in Samurai Jack. The body I inhabit was between four and seven years old by the time these programs were out in circulation so it’s safe to say my main inspiration were cartoons from this era.

I used to play bass guitar when I was a teenager but I never got very far with it. I never felt very good at it and I was far too young to be responsible enough to realize that practice makes perfect. I got into a lot of instrument-based music in high school but this was also a time when I discovered electronic music and sample-based music. The Avalanches changed everything for me in terms of thinking about music linearly. Learning about music theory in elementary school playing clarinet was one thing, but once I heard Since I Left You by The Avalanches, I considered it a catalyst for why I create music the way I do. They made me think about spatial awareness in songs and the ability to transport people to a film like a journey with sounds alone. It made me think about songs having textures and almost being alive in a sense.

I listened to a lot of hip-hop producers and rappers halfway through high school and those are good memories of discovering beats for the very first time. Mass Appeal by Gang Starr blew my mind hearing it for the first time and after that, I did my best to learn hip-hop history through beats. I never made time to learn much history about many rappers as I had my favorites but I just couldn’t keep up as a kid dealing with the passing of time. I’m just grateful for having an interest in it at a young age.

College was a great time because this is where my body learned an important skill to an avid music lover: audio engineering. During this time I was very much involved in earning a technical degree for recording music. School was fun and although daunting, I felt confident for the first time because I was studying something that really interested me. I went to the Los Angeles Film School and attended their recording program, The Los Angeles Recording School where I learned to record and process music professionally. I learned a lot about the basics of recording music like levels between instruments within a song, panning, addressing the stereo field of tracks, compression techniques and devices. It made me think of music in an entirely new way and I’m so very grateful for the time spent here and memories made. This is the place where I learned how to make music using a computer and my imagination.

Graduating college meant getting a damn job and having a lot of time on my hands. I learned how to use Ableton and I think the frustration of being a wage slave really made me get creative with the things I made in there. Now those were some good memories of being burnt out after long shifts and making some very interesting pieces of music. I worked as a live sound engineer for a few years and although these were great times for learning more skills in audio, getting burnt out was a common theme at this time. Getting dough means getting new gear so I acquired all my main music-making devices around this time like my SP404SX, Kaosspad KP3, and certain pieces of studio monitoring equipment. I always did my best to learn something new with my gear and this time I made sure I wasn’t going to be irresponsible with my abilities.

Great, so let’s dig a little deeper into the story – has it been an easy path overall and if not, what were the challenges you’ve had to overcome?
If you don’t devote yourself to what you do, then I feel like it’s easy for things to get bumpy along the way. I ran into many difficulties throughout my life ranging in urgency. Anything from self-confidence issues to losing files of years worth of work to almost facing homelessness later in life. I feel as though I’ve been handed all sorts of situations thus far and all I can really say is that I’m so very thankful for those around me. If it weren’t for my friends, I don’t know where and how I would be right about me. I love them all so deeply and I feel like I always find myself in stressful situations that drain my mood and so it affects my ability to constantly express my gratitude towards them. In other words, I always look pissed or act pissed and it’s not anyone’s fault but my own and I wish I was able to express more love and joy to them. Maybe this is why I love playing live so much. To show my emotions and let people in for a change. Hey, who would’ve thought that a written interview would have me thinking about my deep psyche! Neat-o!

What do you do, what do you specialize in, what are you known for, etc. What are you most proud of? What sets you apart from others?
Expressing emotion and creativity through sound is what I set out to do every time I play show or create a new song. I specialize in radical textures and frantic performance. My favorite part about live shows is hearing everyone’s reactions during the performance. I just want everyone to know that when I play, I hope to inspire you to reach within yourself and realize a hidden talent of yours. I want you to know that you’re more powerful than you think. The thing that sets me apart from any other person up there on stage is not only that I’m a being composed of dark matter from a mirror dimension to Earth, but that I do my best to show you what that sounds like and feels like. I do my best to express my frustration, anger, sadness, joy, love, excitement, anxiety all through the movement of my body. So many people ask me about the mask and why I wear it. There is no mask. What you see is my face and what it really looks like. It’s a device I use to keep the audience focused on my movement and not the expressions on my face. I want you to formulate your own ideas of what my piece that I’m playing is doing to you. There are many others with masks on who exists to sell you their idea but the difference with what I wear is that it is something that benefits the audience and myself.

Is there a characteristic or quality that you feel is essential to success?
I’ve never been afraid to be myself. 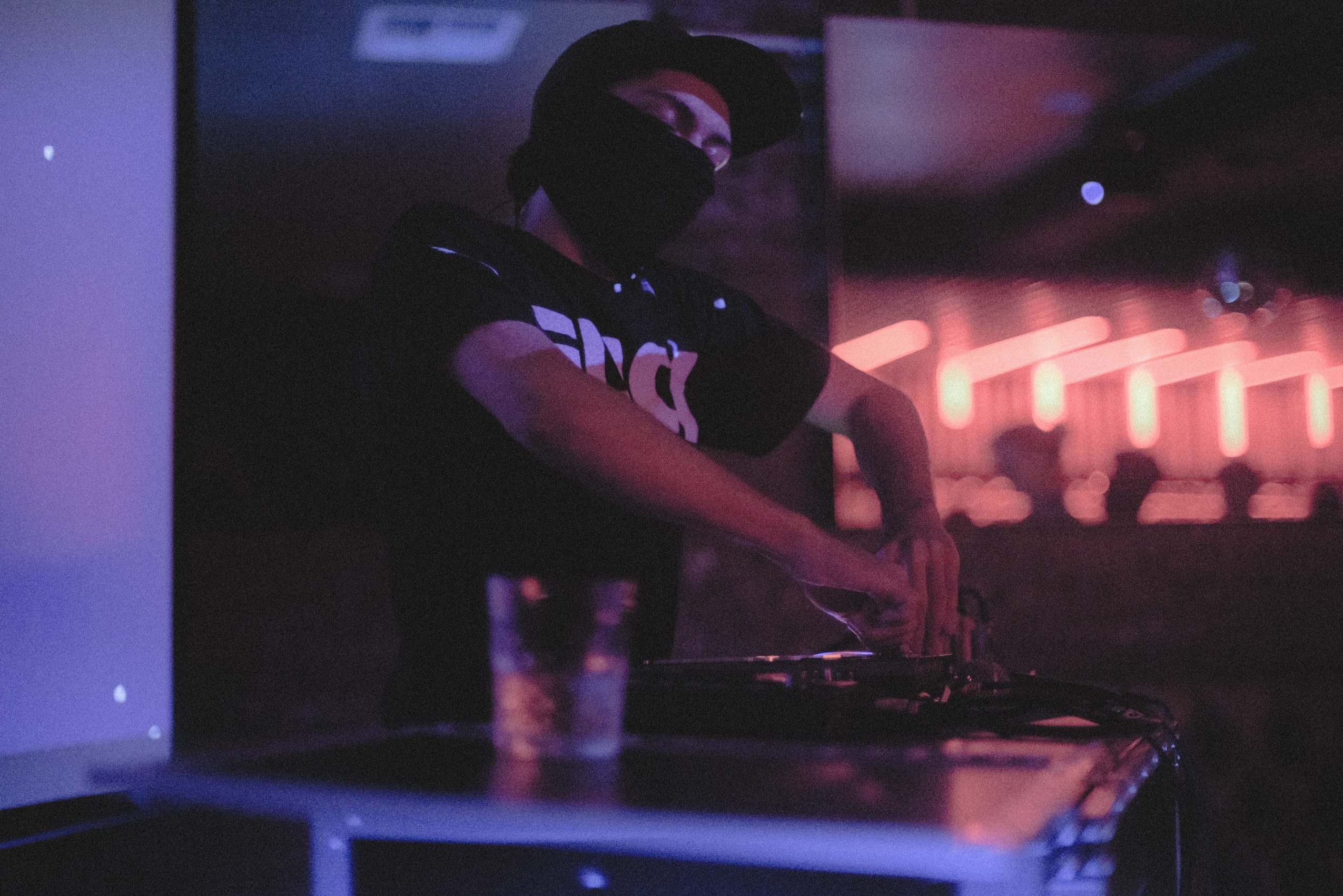 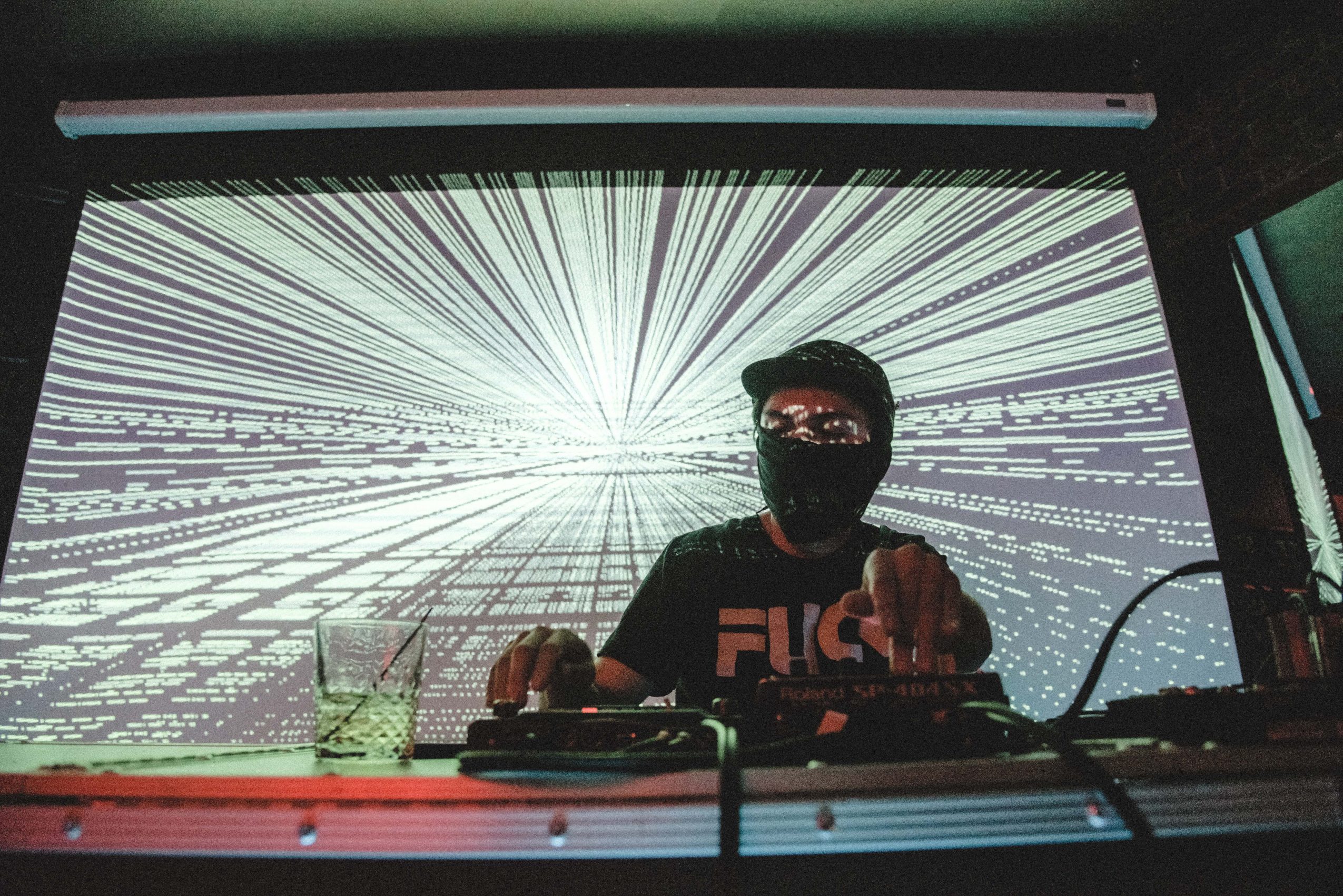 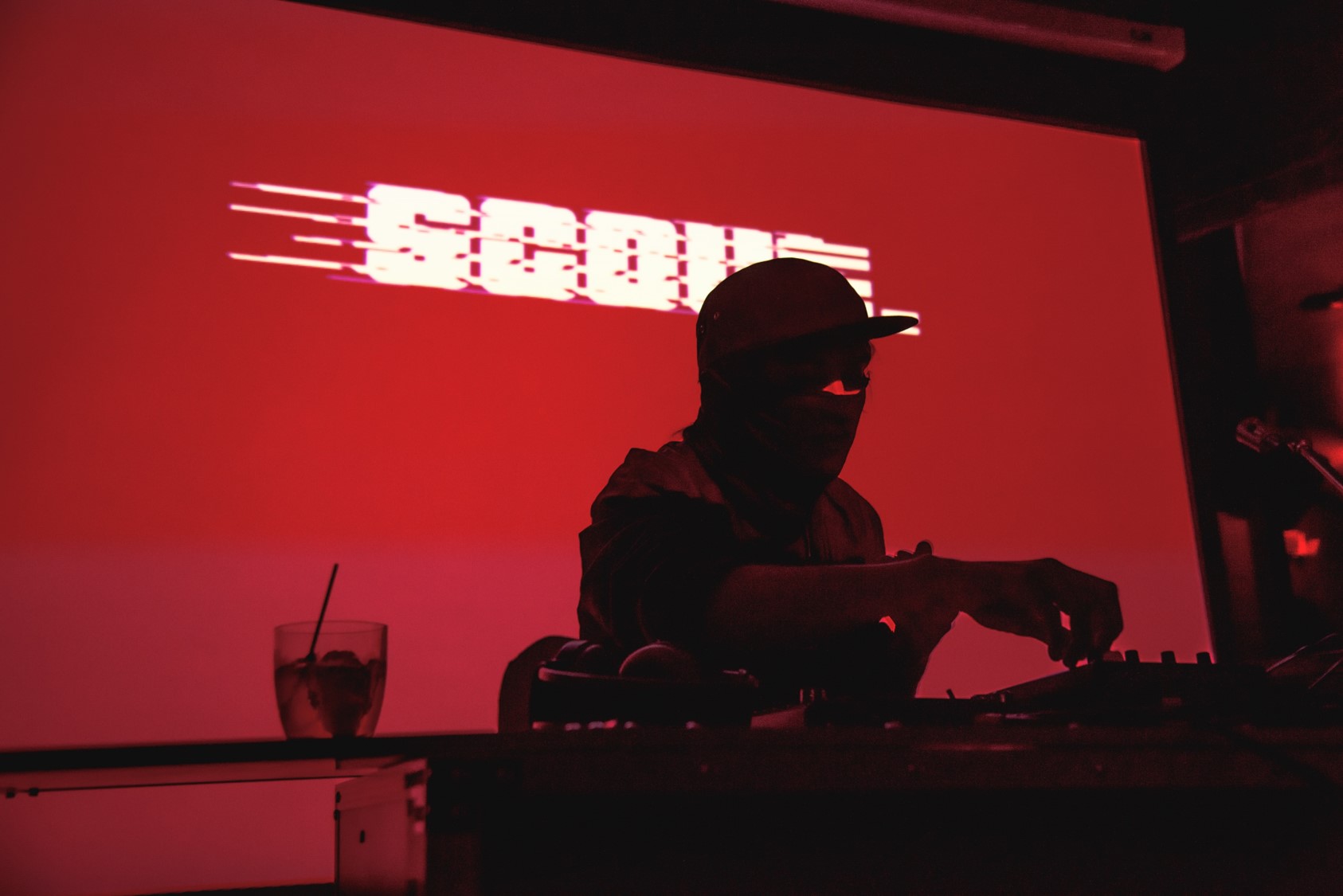 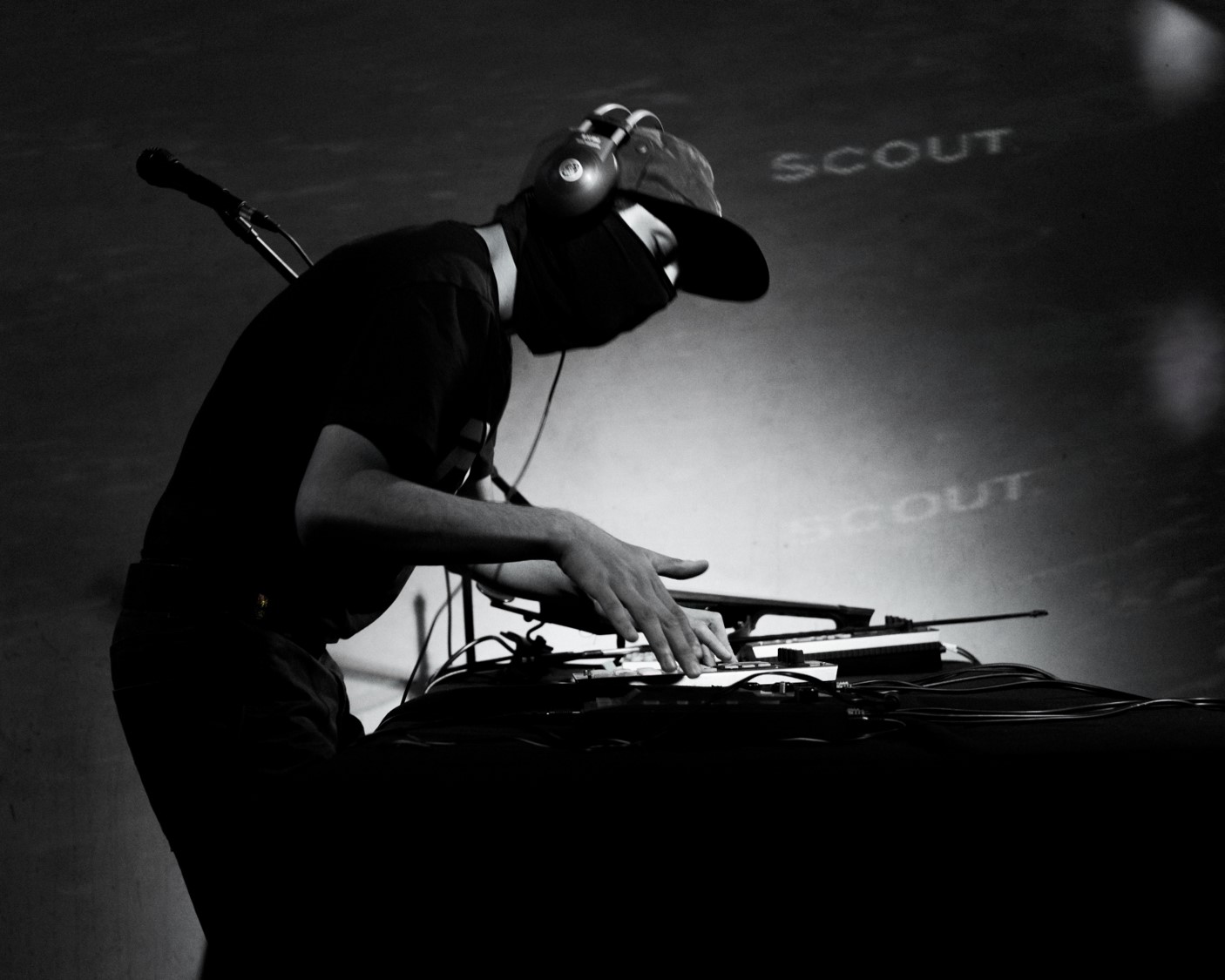 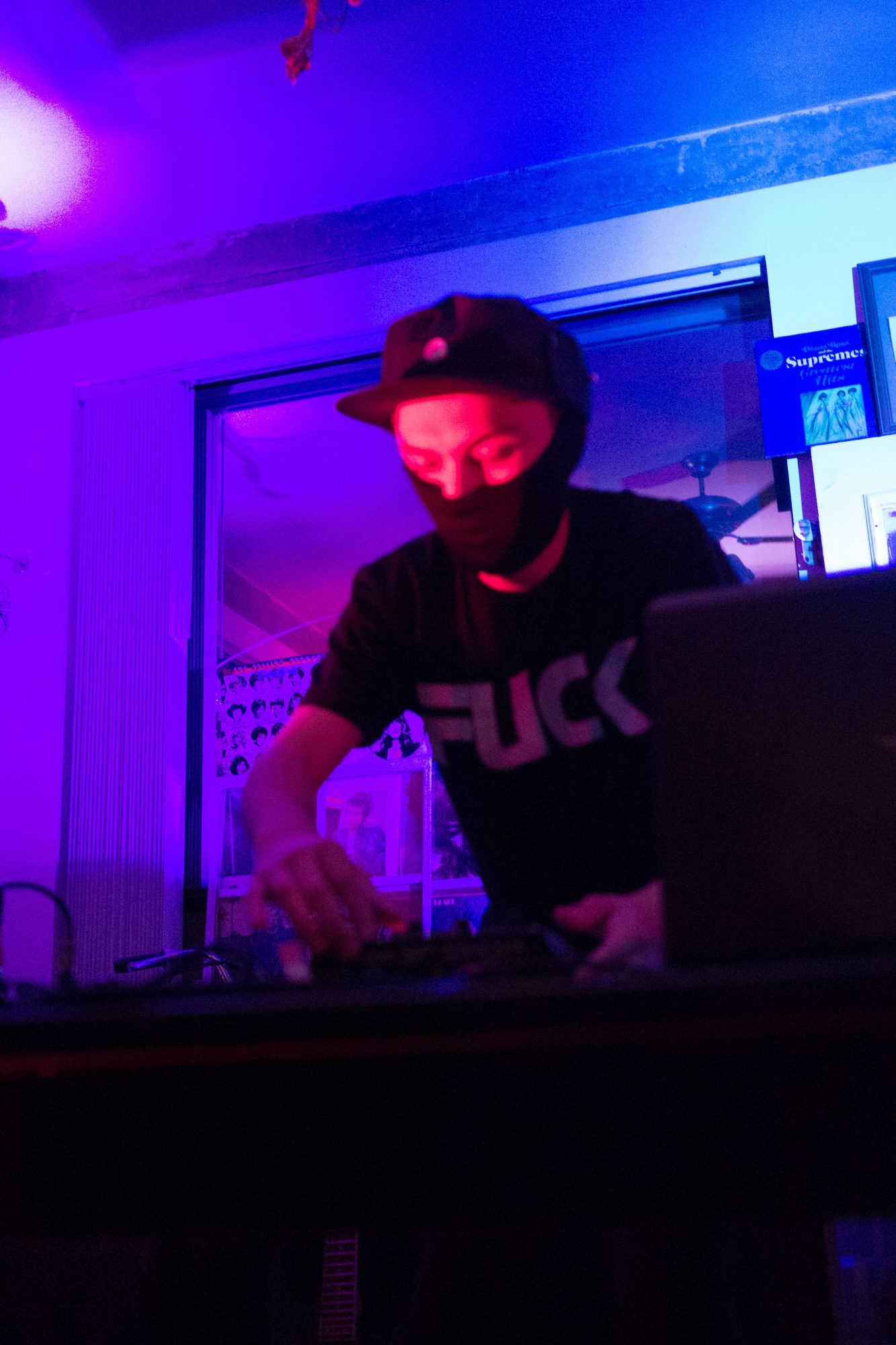 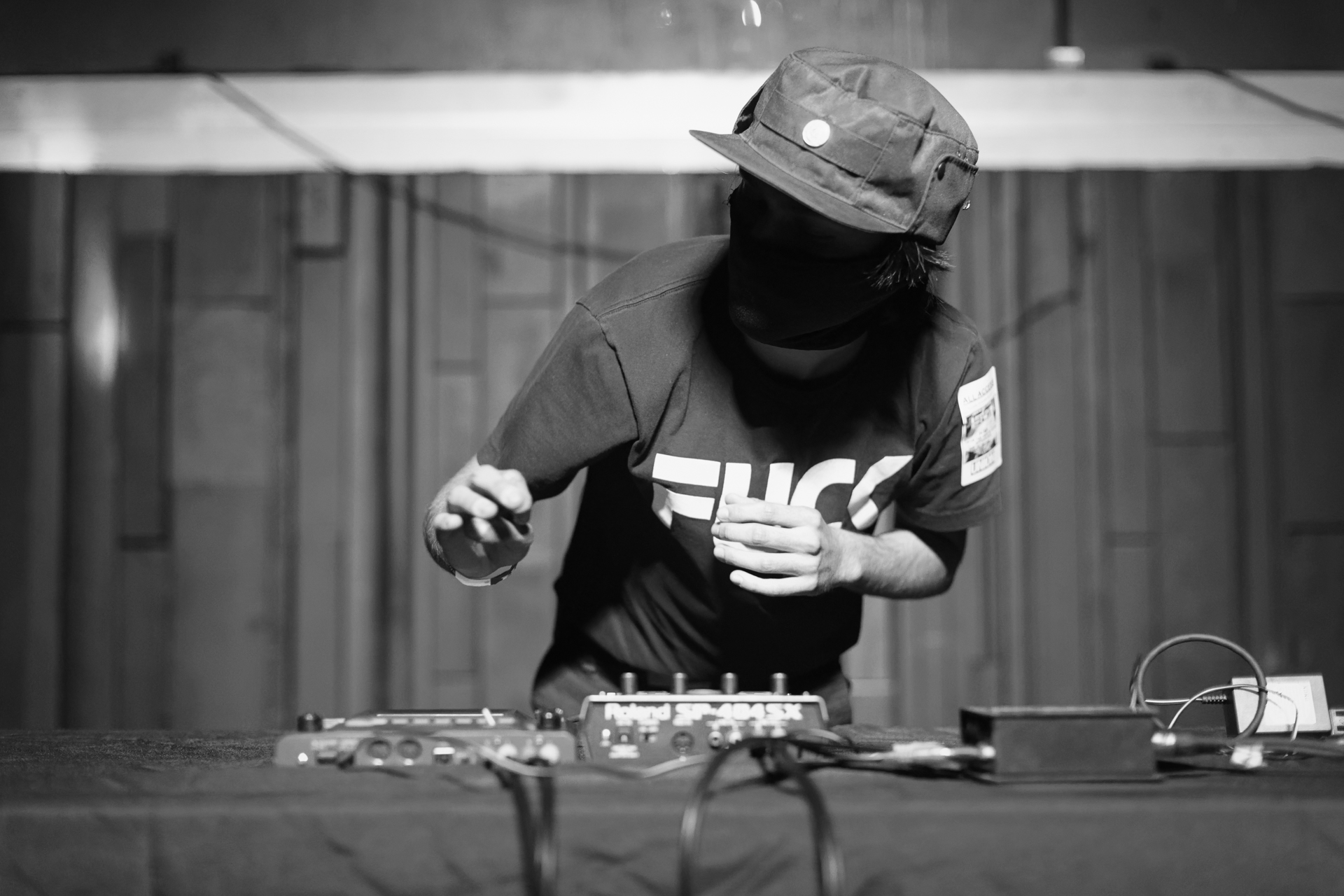 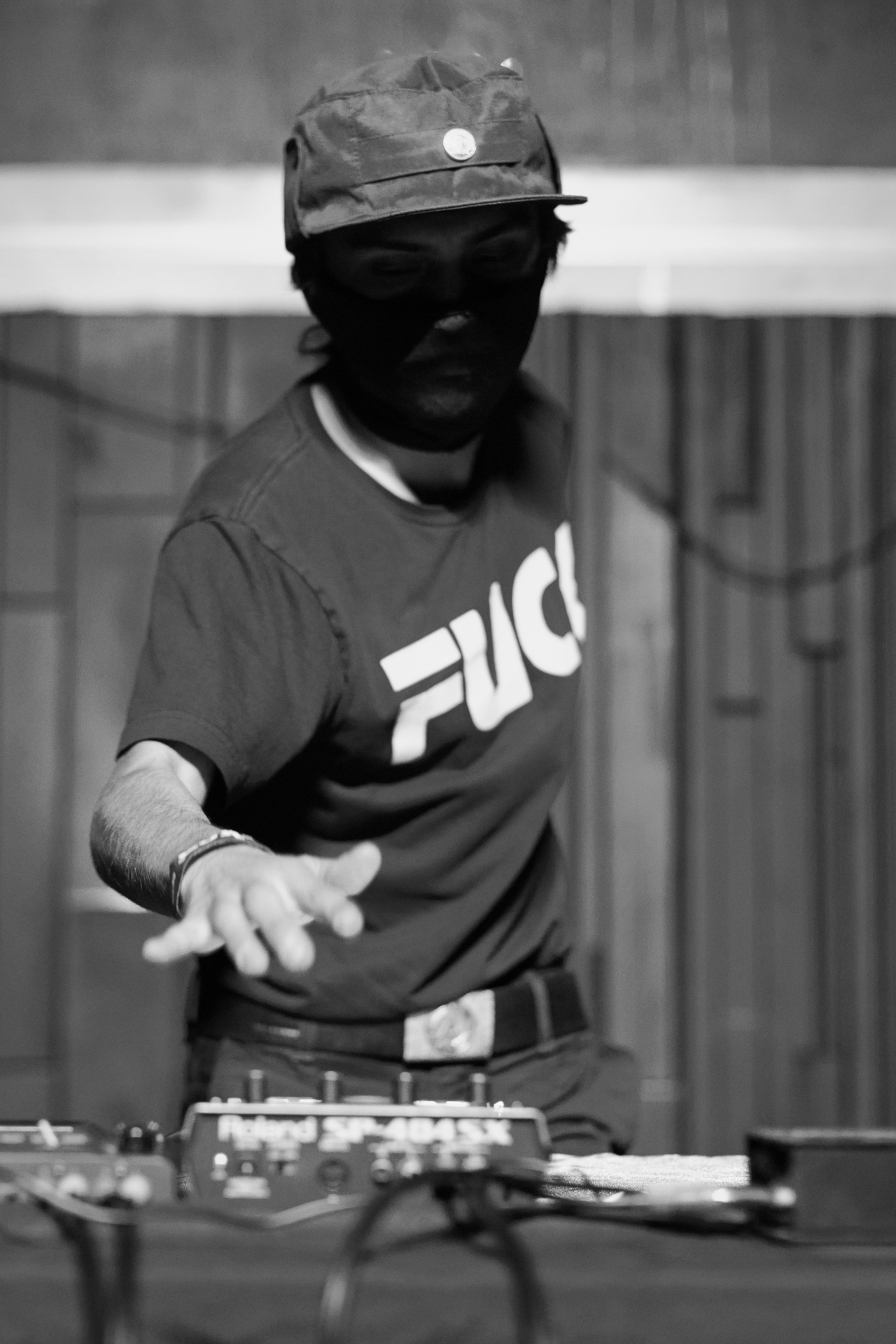 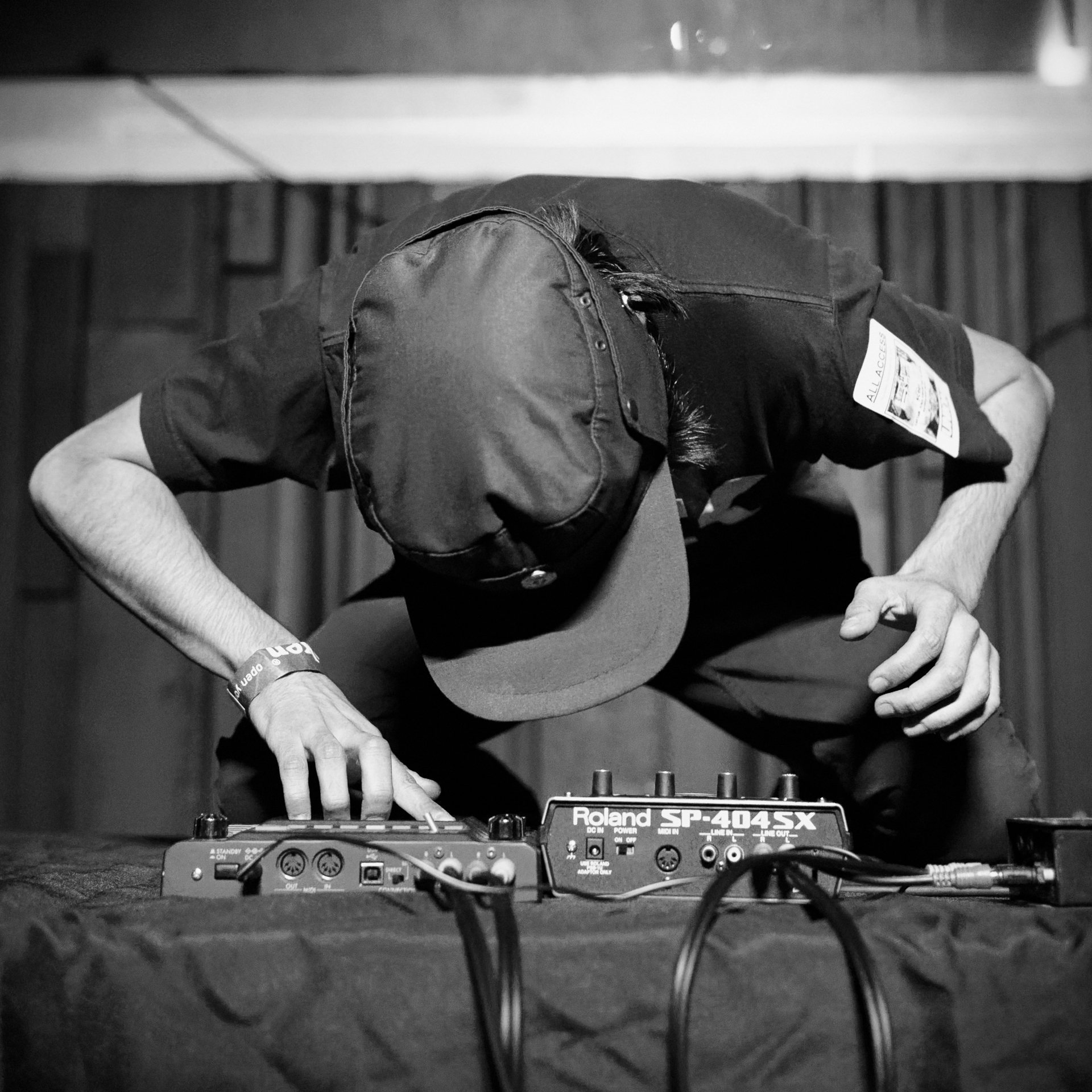