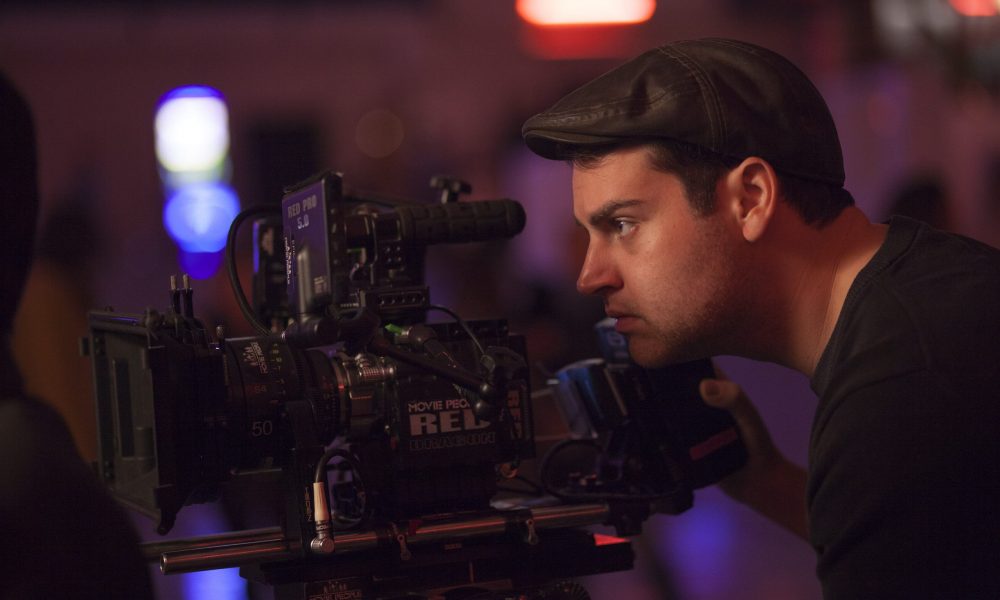 Today we’d like to introduce you to Scott Toler Collins.

Thanks for sharing your story with us Scott. So, let’s start at the beginning and we can move on from there.
My father had this giant VHS camera that he let me play with back when VHS was the latest and greatest. My friends and I would film funny videos with it and we even made this TV show we called Magic For The Real World. On that show, we performed tricks and stunts with the help of some creative editing. We were doing simple things like making large objects disappear by cutting the camera, moving the object out of frame, then rolling again. Pretty silly but I was learning about the real magic of filmmaking. My VHS movies became more and more elaborate and I was becoming quite the director and cameraman. In high school, I formed a production company with another friend who shared my interest in filmmaking and together we made some really great stuff. Our short films screened in local film festivals and at our school. When it came time to chose a college path, I knew film school was where I’d be most at home. Full Sail University in Winter Park Florida is where I decided on. It was a great school at that time.

Back then, we were still shooting all our productions on 16mm and 35mm film, digital was still in its infancy. I thank God, I learned filmmaking on actual celluloid film, it’s a far more disciplined approach compared with today’s methods. And, I was actually quite savvy with it. Film exposure fascinated me. My father was always into photography and he taught me how to shoot 35mm stills back when I was probably 10 years old, so 35mm motion picture photography was not that difficult for me to grasp. I had already a thorough understanding of shutter speed, aperture and ASA ratings but what I learned was that once you introduce motion into the equation, the variables are exponential. Lighting is the trickiest part of cinematography and although I was mainly focusing on directing back in those film school days, our lighting classes are where I really excelled. After I graduated film college I made the trek to Los Angeles and immediately started working in the lighting department.

Literally, the morning after I arrived in California I was gaffing a 35mm independent movie shooting a block north of Hollywood Blvd. We worked 18 hours straight that first day of the shoot and I was working for free so I quit and I don’t regret it. Although, I didn’t find another gig for two months after that. It was rough those first years, working in the grip and electric department, but I met some very talented people who took me under their wing and taught me a great deal about Hollywood filmmaking.

I still wanted to be a director but I knew the importance or working my way up through the technical side and that’s what I stuck to for about 5 years or so. Lighting is where I got my start and I’m very pleased that I took that path initially. I got to work on some very big productions back then and I just soaked it all up.

Has it been a smooth road?
Well as I mentioned those first years were rough. Not just finically but physically, it’s a dangerous profession working with large heavy lights and enough power to electrocute everyone on set. You have to take the work very seriously and accept the fact that you are going to get injured from time to time, which I did. And it’s not consistent work. A lot of time is spent just waiting by the phone, hoping someone will call and invite you to the next production; wondering if you are going to make rent that month.

Fortunately, I was given some opportunities to shoot 2nd unit and additional photography on a few movies and TV shows, that’s when I started working more as a director of photography (cinematographer) and camera operator. Working as a camera operator is a great job for those who wish to direct. Mainly because you are at the center of the action and you get to work closely with the director and the cast. I learned a lot from just watching other directors direct. Now that I’m working as an established cinematographer myself and directing commercials and narrative projects, I can’t thank enough all those whom I’ve learned from. It’s a long list.
Still, it’s not an easy job being a DP or director. We work very long days, often 12 to 14 hours per day, sometimes even longer than that. And on feature films, you are working 5 to 6 days a week, for months. It truly exhausts your body and mind working 75 hours a week on your feet for two months or so. Even on your days off, you may find yourself scouting locations or going over the schedule with the assistant director, planning a sequence with a director or your crew, traveling to another city or country.

A lot is at stake and the pressure is always on, working within the constraints of the budget, the schedule, the crew and to do it all tastefully. Will people subjectively appreciate your efforts, not knowing what it took to achieve the results? Those kinds of things weigh on you, so much rides on your shoulders, especially as the cinematographer. You are not just responsible for the look of the imagery; you manage the crew, the gear and the schedule is dependent on how fast you can make it all not only work but look amazing, repeatedly. You ask yourself: is the story getting told visually, are the scenes getting covered with the proper amount of shots, are you deviating from the style you’ve established for the project, will anyone care when it’s all said and done? The answer to that last question is often no, well at least not as much as you care about it but that’s the job. You are hired to care about all those things and make sure that everything that is done, is done to a degree of quality that suits the production.

We’d love to hear more about your business.
I think these days I get hired mostly for two reasons. The first being, someone has seen my work and they want me to do something similar for their production. Such was the case with my last feature film, a movie I was asked to shoot in El Salvador and Honduras. The director had seen a trailer for a movie I shot in Italy a couple years prior and he showed it to his producer. The producer called me and said they wanted to do that same sort of stylized lighting, crazy camera movement, hyper-saturated color look that we achieved in the Italian movie. So, they brought me to Central America for a couple months and that’s exactly what we did. That film is still in post-production but I’m excited to do the color grading for it here in Los Angeles this summer. I also did the color grade for that Italian movie here in Los Angeles as well. There is a great company I color with called Neptune Post in Glendale, so I have to give them a shout out. They always treat me very well over there.

The second reason people hire me is usually through referral. I’ve worked very hard to establish a reputation for always delivering quality work, at any budget level. I am admittedly a perfectionist but I feel it’s my job to be. People know that if they bring Scott Toler Collins on a project, it’s going to be shot and finished to the highest calibre within the constrains of the production, and often times beyond. All the money spent is on the screen and you never wonder what it could have been. It’s all there and more. Especially with projects I direct, I don’t agree to direct anything unless it’s something I want to give 100% of myself to. I’ve honestly been approached to direct quite a few movies that I have turned away because I couldn’t see the project meeting my standards or I couldn’t see myself giving it all that it needed. Some of those projects, I regret not doing in my younger days but It takes so much out of you to direct a film.

The final product has to be worth the amount of time and energy you put into it. If you don’t see that being likely, don’t attempt it. It’s one thing to take on a project purely as a learning experience but as a director, your name will always be on the final result. So, be careful with what you do decide to put out in the world with your name on top of it. That’s my motto anyway. At the same time, it’s okay to gamble on something if the initial idea is good enough. Not everyone will appreciate it as much as you do or “get it” but that’s okay. As long as you are happy with the final product then, it was worth your time and effort. If not, hopefully you were at least paid fairly, haha!

Is our city a good place to do what you do?
I wish more feature films were being shot in Los Angeles like the old days but the film business will always call Hollywood home. We have the best crews, the best gear, the best post houses in the world and LA will always be at the center of the film industry. California needs better tax incentives to bring productions back from other states but in terms of the talent that lives in this city, everyone and everything is here. Just being based in Los Angeles, tells people that I am serious about what I do and I am invited to work around the world simply because people want an “LA Cinematographer” to shoot their movie or a “Hollywood Director” to helm their production. The location adds value and credibility to your name and for good reason. Only the best survive out here and if they can make it this market then they most know what they’re doing. We have very high standards here and every production strives to achieve something more. Even the smaller film shoots in LA would be considered “big budget” in other states and countries. We do it big out here. 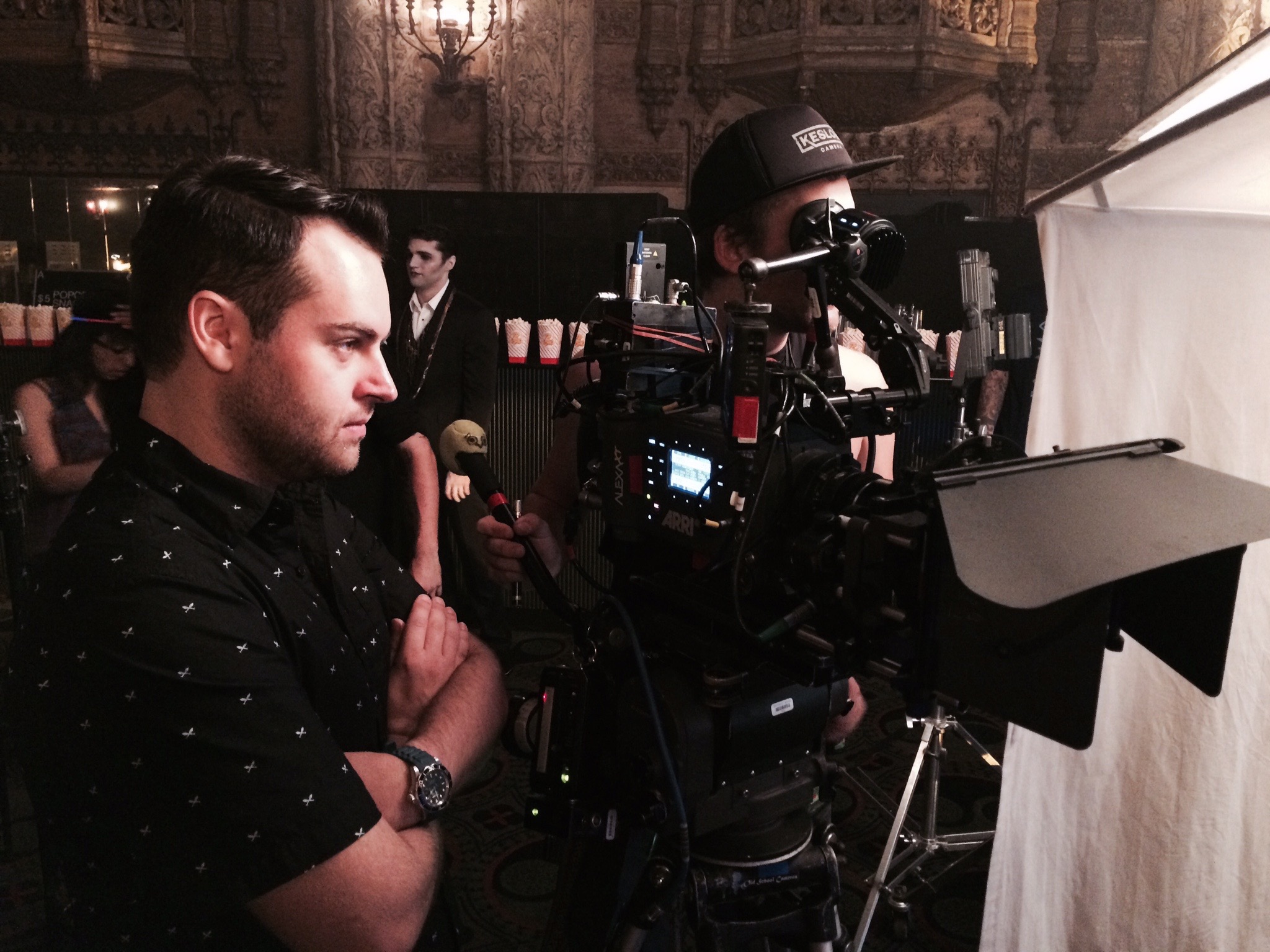 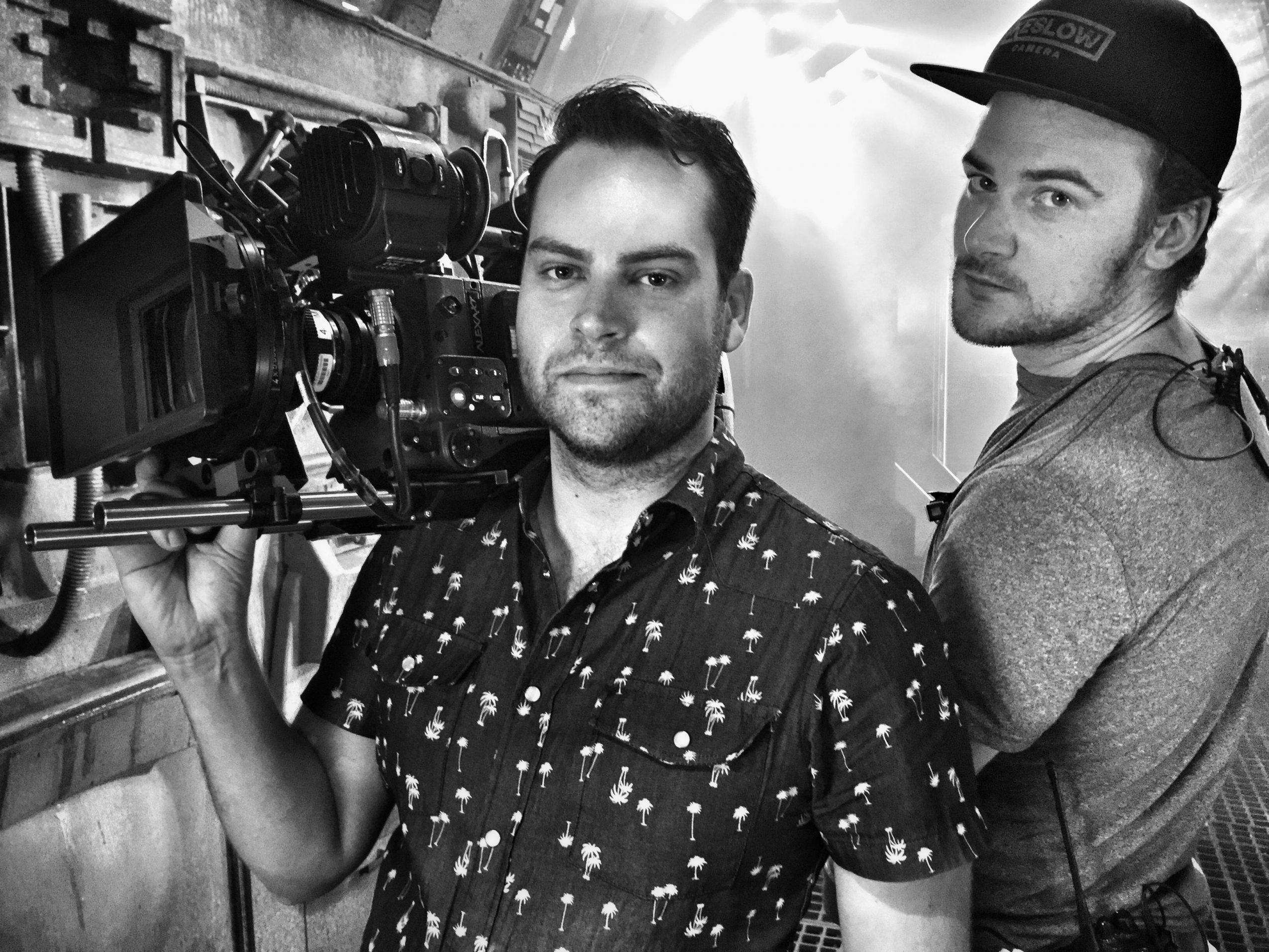 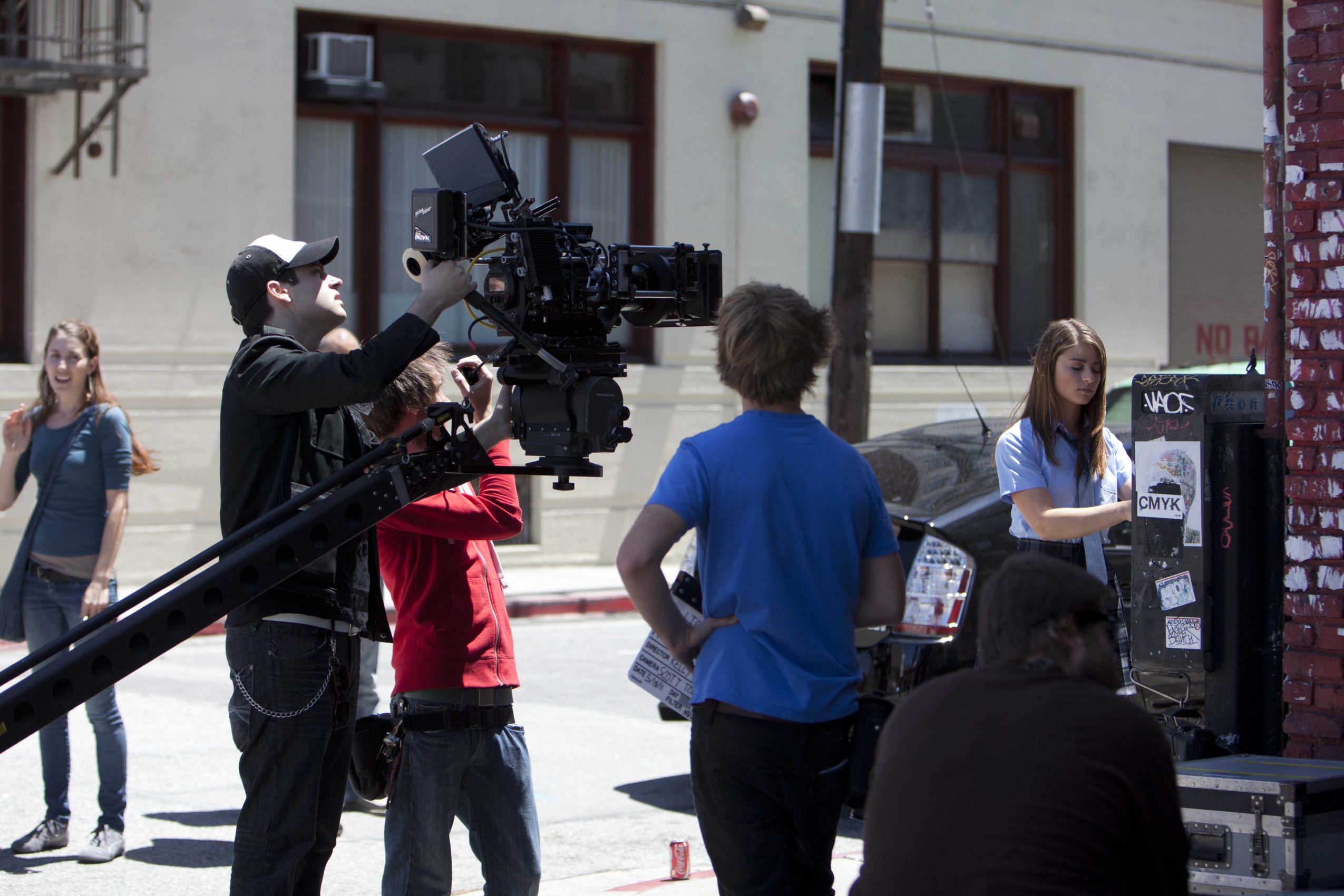 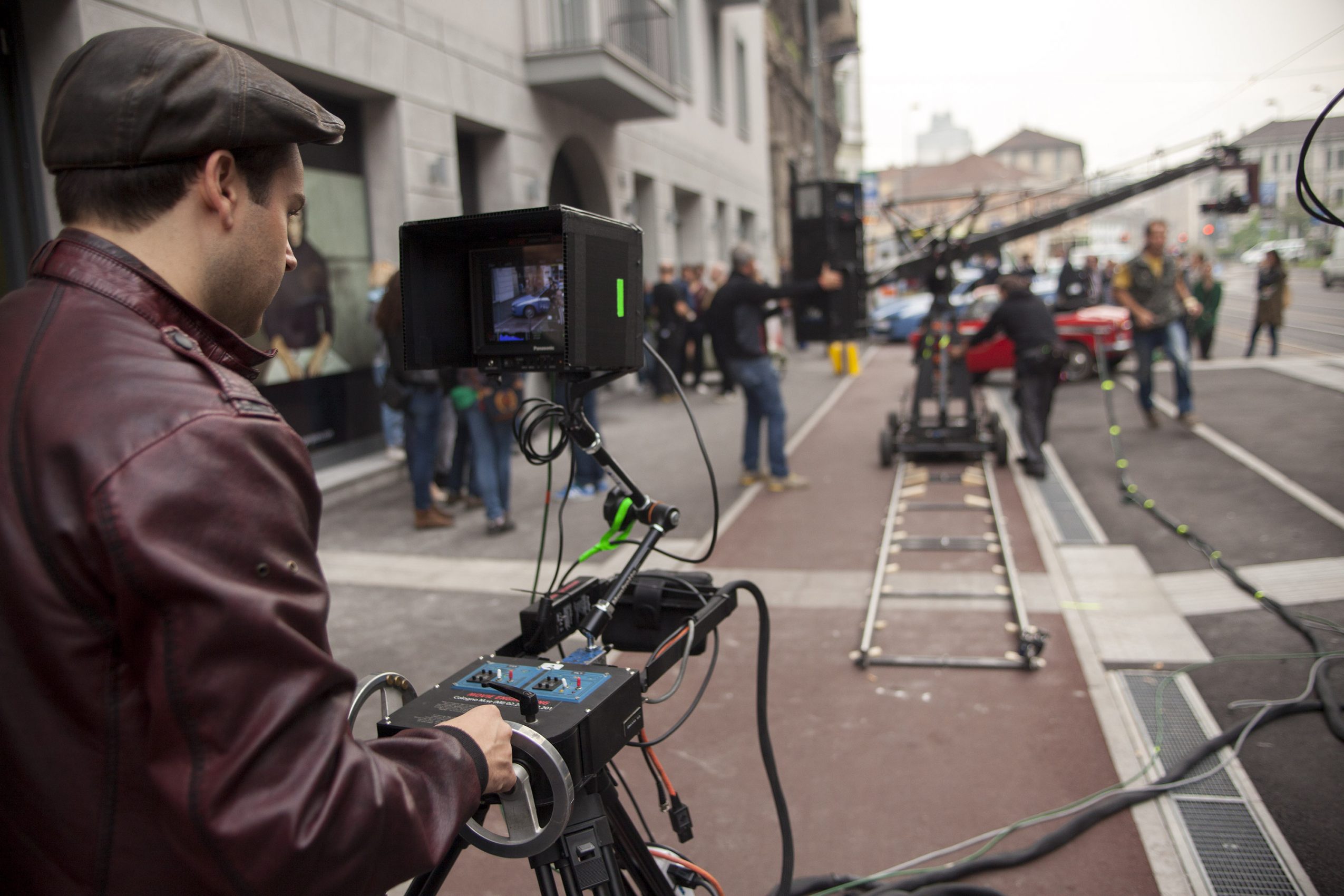 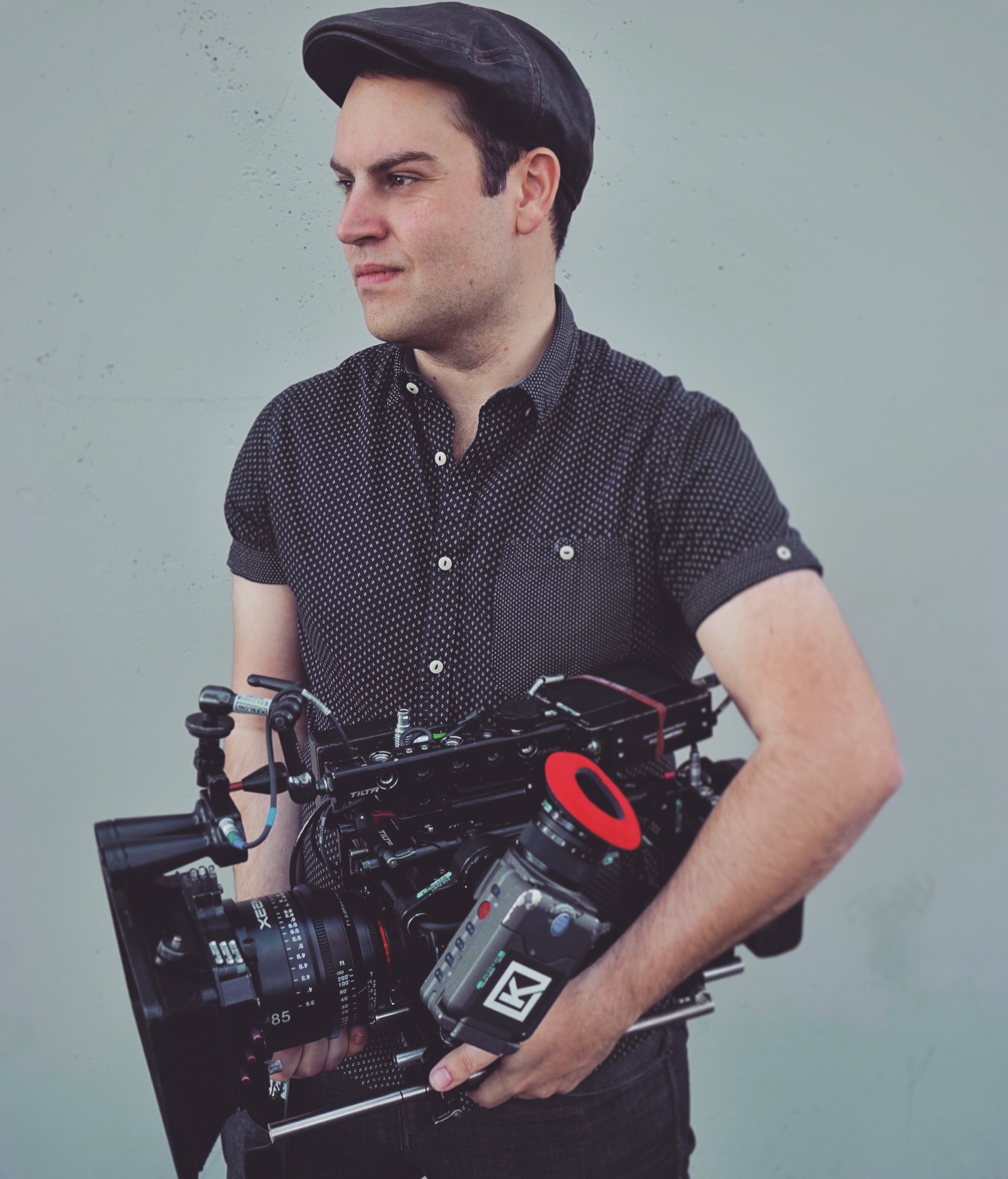 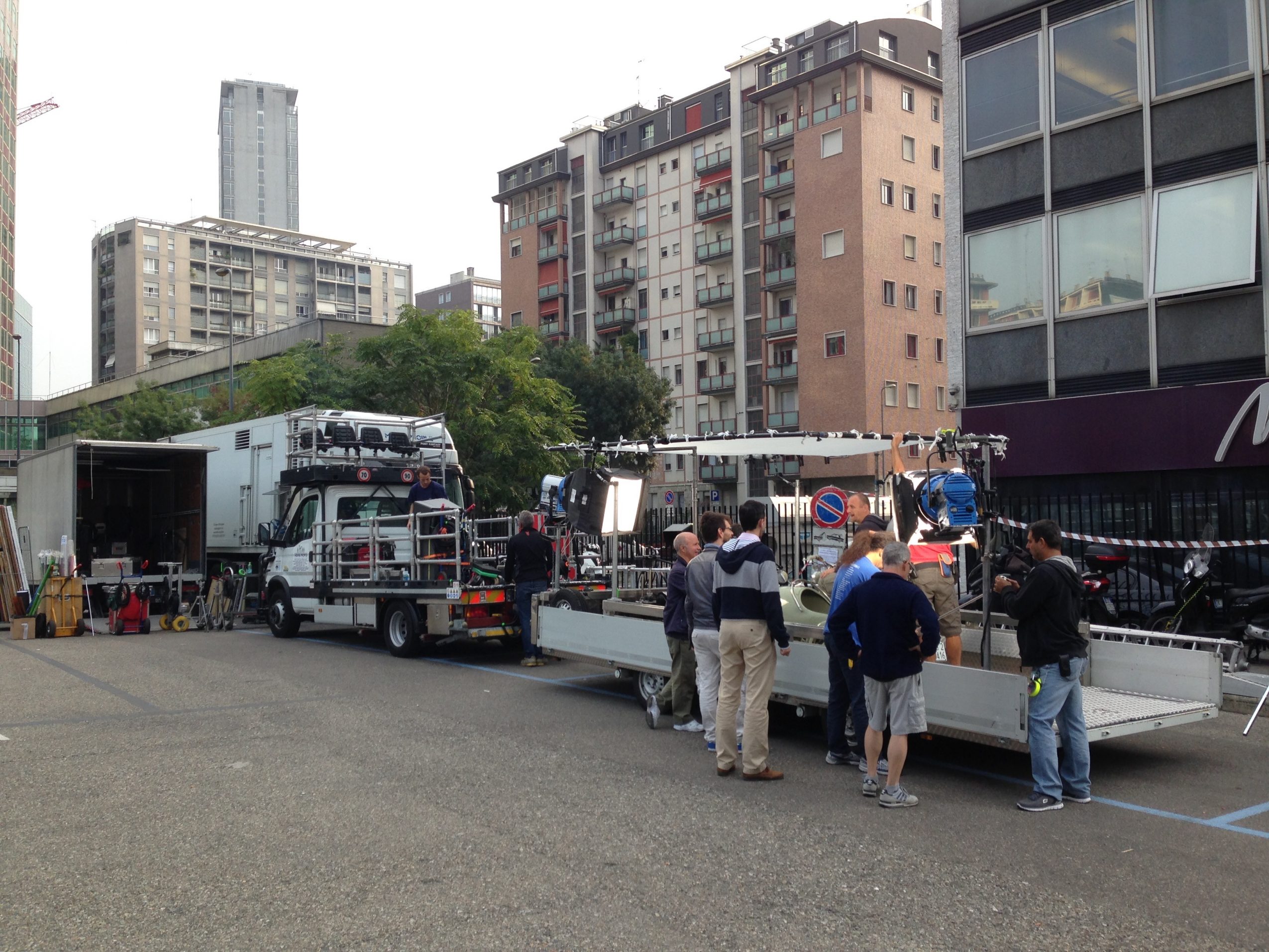 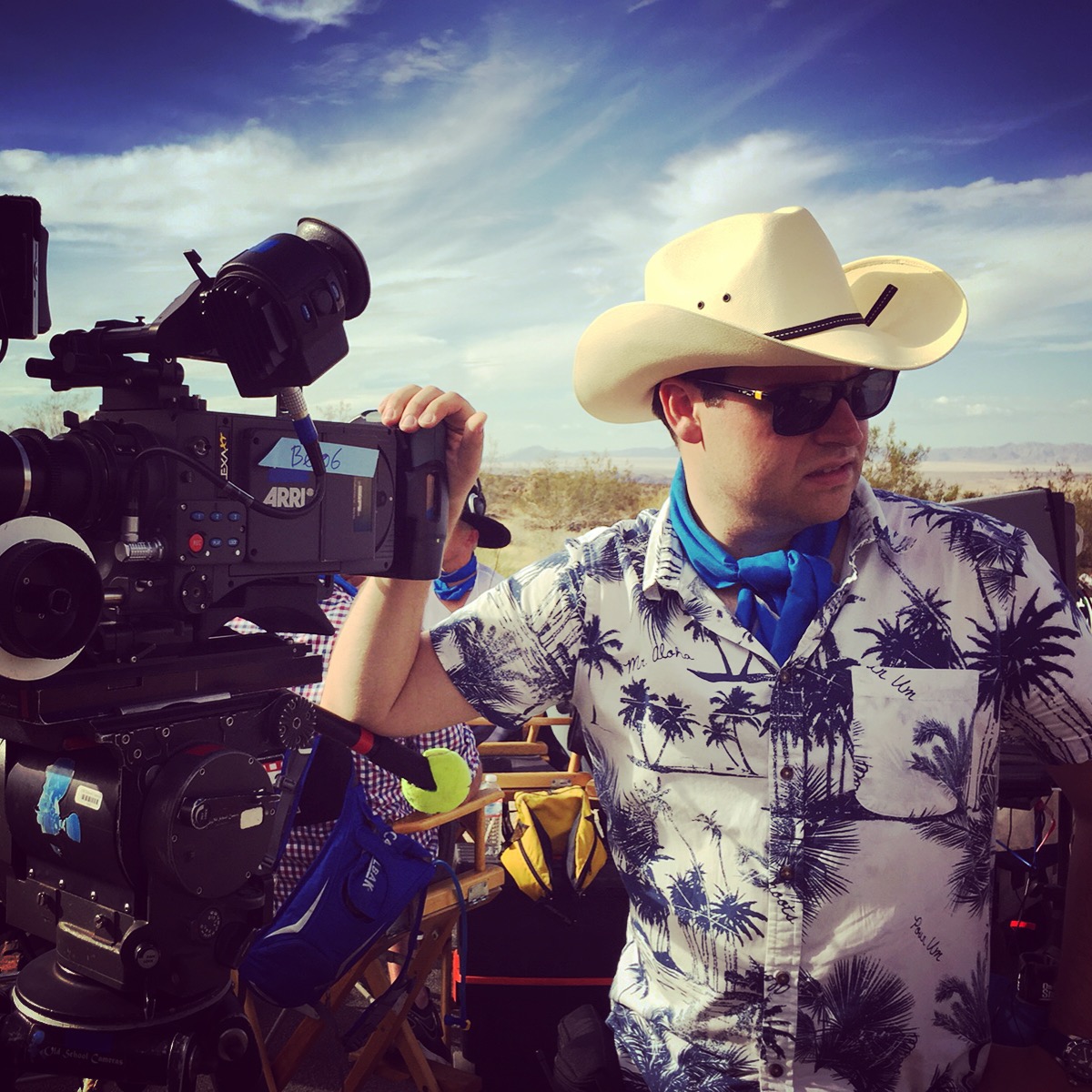