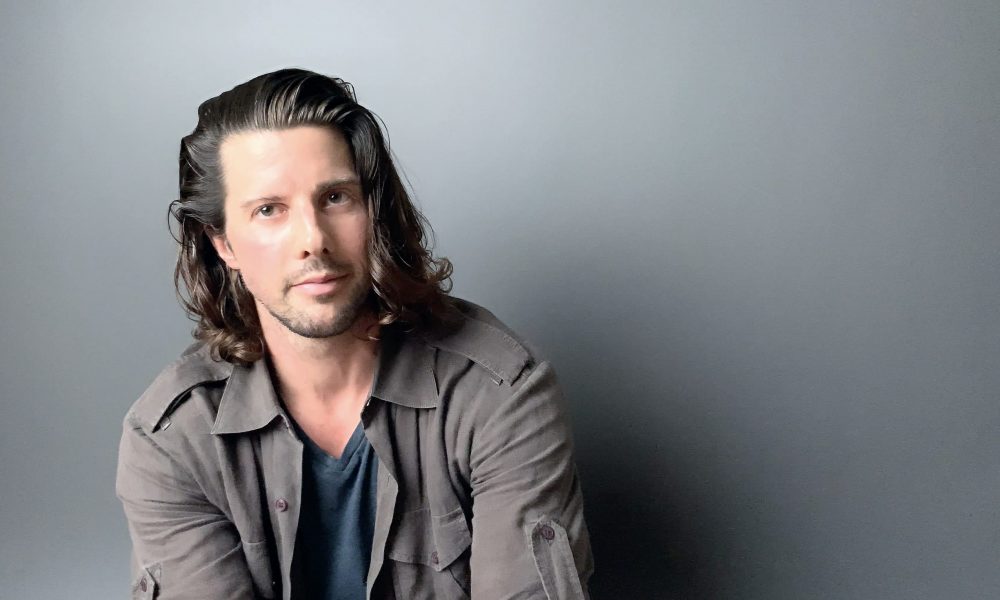 Today we’d like to introduce you to Scott Alin.

Scott, before we jump into specific questions about your work, why don’t you give us some details about you and your story.
I’ve always wanted to be creative for a living. And I mean a good living—not “I get to make art but slowly die of sodium poisoning from a diet entirely of Instant Ramen.” I knew that an almost statistically insignificant number of lucky people actually get that chance, so I worked on developing my business skills. Let me tell you—there’s nothing that will push you harder to go after a dream than taking the “safe route,” working a sales job you hate, just so you can have more money. After years of trying to play safe, I decided to focus on writing, since everyone always told me what a great writer I was.

I had just graduated from Northwestern with my Master’s in Journalism, fired from my first writing job and fired for the first time ever, when I decided to say, “f*** it.” I’d been trying to make things work by making my parents and everyone proud for so long, but I was miserable. My anxiety was peaking to “paralyzed, sobbing on the floor” levels, and I was running marathon distances daily trying to both escape it and the $45k I owed in student loans, freshly fired, and do something else instead of hard drugs. A friend of mine asked if I wanted to be a bartender on a TV show, an “extra” they called it (with no lines) and I thought sure I’ve already run 68 miles this week—why not?

I’d never been on a film set before, but the experience was magical and weird. Pretending to be a busy bartender in a crowded bar with all these other extras silently pretending to have conversations with each other while the two lead actors actually spoke was both hilarious and mesmerizing to me; it was the farthest thing from reality, but then you watch the show it looks like two people talking in a crowded bar. There was something about crafting this reality I was just enamored with–I knew then that I wanted to be a part of this.

Next thing I knew, I was cast as the lead in a horror film. They asked me for a headshot (got it), a resume (had to Google “how to make an acting resume with no acting experience”—found it), and an acting reel…So I just made one up–no joke. The director wanted another audition tape where I showed the evolution of this character losing control and pleading for his life, so I did. I spent all weekend not realizing I made something closer to a short film than an audition, but hey I got the part. The film never ended up being made because the director passed away before we started shooting, but I figured if this guy could believe in me to star in his film *without any acting experience, I should believe in myself to keep going. Rest in peace, Eddie Garcia—thank you for everything.

I learned everything I could to not suck as an actor. I got an internship at a casting office, did more extra work, started taking classes—honestly, it wasn’t fun most of the time. I missed half of my classes because I didn’t want to vomit on anyone out of fear, but I kept going because the few times I did get cast was an incredible rush—I got to be a professional creative person. An adult hired to just play around. I made the next logical step and left the frozen tundras of Chicago for sunny Los Angeles, but the story doesn’t exactly glow up from here like a feel-good Hallmark movie.

Alright, so if it’s wasn’t like a Hallmark movie, how has it been?
Becoming an actor has been, without a doubt, the most difficult mountain I’ve climbed in all the trials and tribulations of my 33 years—and I’m not even close to the top. Learning to “act,” navigate the industry, understand your “brand,” all that sh*t…sure it’s difficult, but it can be learned. The hardest part of being an actor, and even a writer, all of us poor bastards trying to get noticed for our art—the hardest part of all this is believing in yourself because it is very easy to not believe in yourself. The industry is exceptional at humbling people, but if you want to show the world what you’ve got badly enough…you’re going to go through hell.

I’ve been in LA for seven-going-on-eight years, and I still learn something new every single day. I’ve been fortunate enough to have some incredible teachers and guides along the way that helped me stumble through the dark. I don’t have enough time here to go through every lesson (don’t do drugs—seriously), but my life and my approach to work changed drastically once I had to ask myself, “Why are you doing this? What are you trying to accomplish by ‘making it’ as an actor?” A great teacher once told me, “Your work needs to either inspire, educate, or entertain—if the project isn’t doing any one of those, why are you doing it?” People will ask you to do all kinds of crazy stuff in this town that will push your moral boundaries, put you in danger, make you look ridiculous, use you…but if you believe in yourself and you know your worth, you might end up in only a handful of compromising situations. In the immortal words of 90’s country music star Aaron Tippin: “You have to stand for something, or you’ll fall for anything.”

Believe in you–Surround yourself with friends that believe in you–Don’t do drugs–Learn how to write and/or create your own projects–That’s my advice. This town is teeming with starry-eyed dreamers flooding the 405 every day with just enough to cover rent for two months and prospects of bartending until they blow up…that sh*t doesn’t happen. Few people make it, and the ones that do usually have connections and/or a ton of money—what a coincidence. For all the rest of us who aren’t Armie Hammer, we’ll have to bring something to the table besides our mind-blowing acting ability. This town has too many actors; it’s starving for story-tellers, writers, and honest-to-goodness collaborators with a vision to share.

I’m probably the worst advocate for the acting industry, but the best advocate for not wasting your time. This industry sucks major cajones in more ways than one, but if you’re weird enough and brave enough to share what moves you with the world…you just might have what it takes, and you might inspire someone else to do the same. Good luck!

What were you like growing up?
Honestly, I was a pain in the ass, and I’m surprised my parents didn’t murder me. I knew everything, always had to have the last word, and generally raised hell. I was a punk kid that wanted to believe they could run through the woods, being one with the Earth-like Daniel Day-Lewis in The Last of the Mohicans. Actually, that might explain where the acting thing came from.

I’d like to take this opportunity to thank my incredible family (Mom, Dad, Nicolle—I love you) and my girlfriend and my muse, Diane, for always being so supportive of me, through the good times and bad. You are my everything, and I wouldn’t be here writing about this acting career if it wasn’t for you. 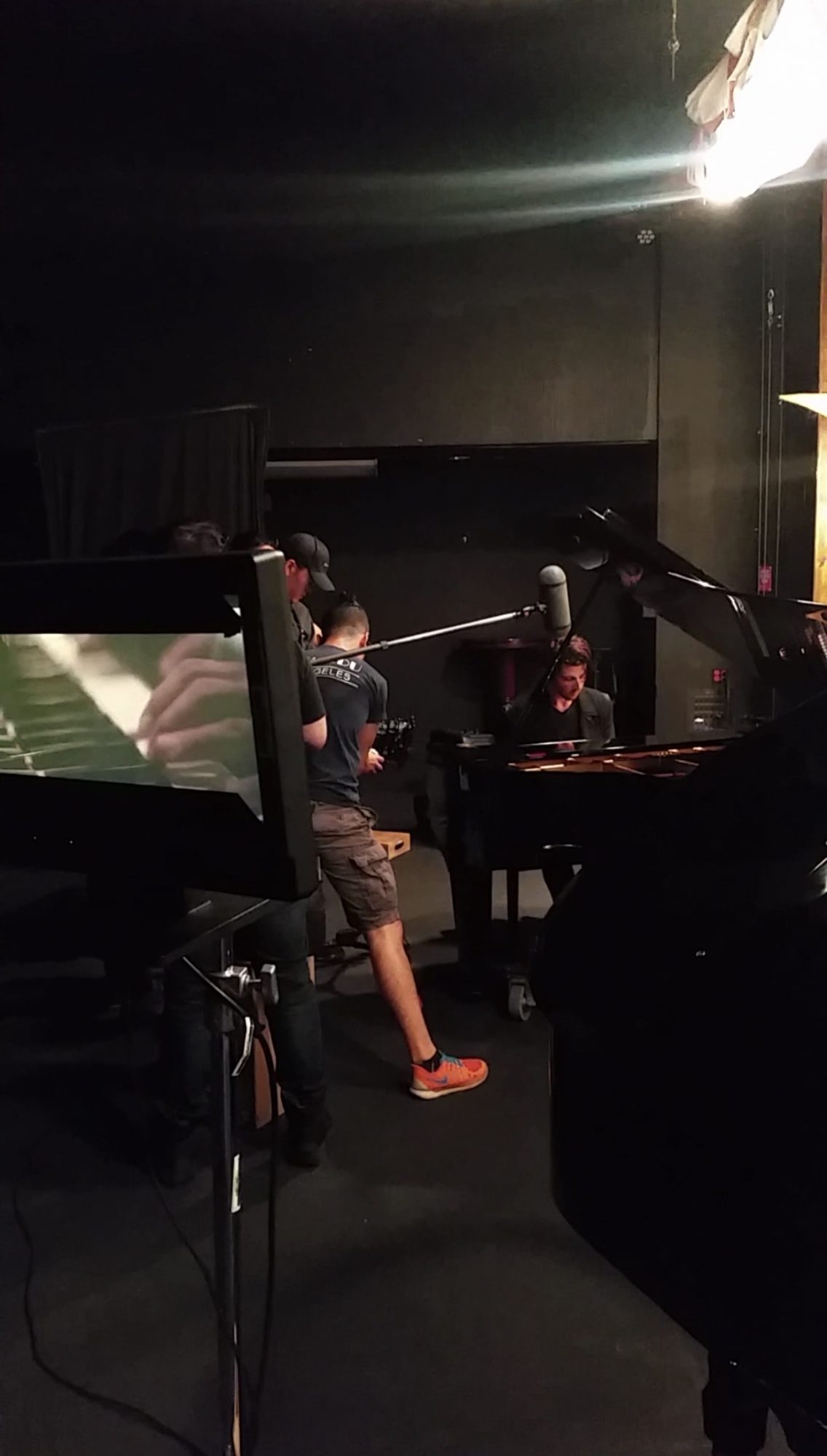 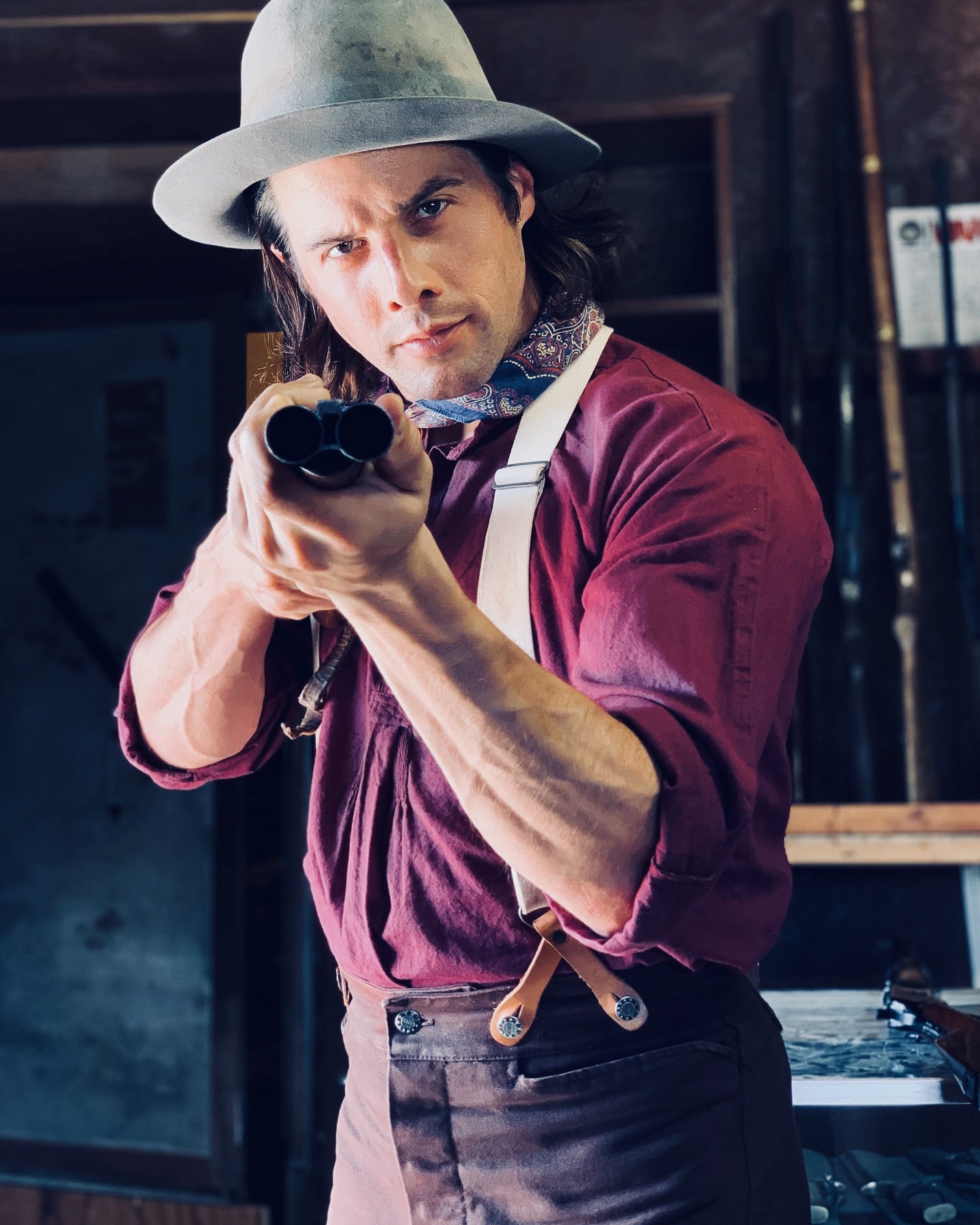 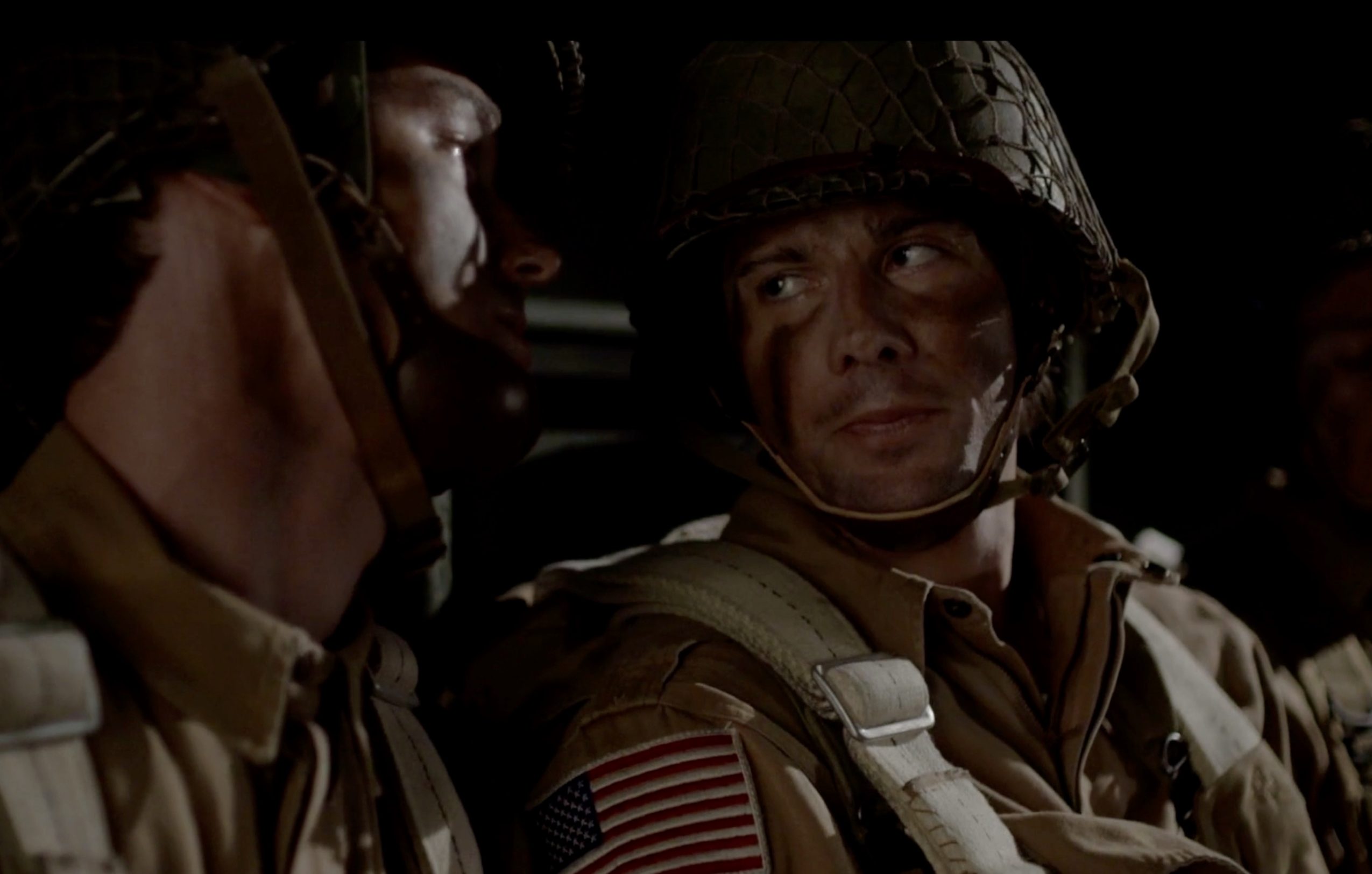 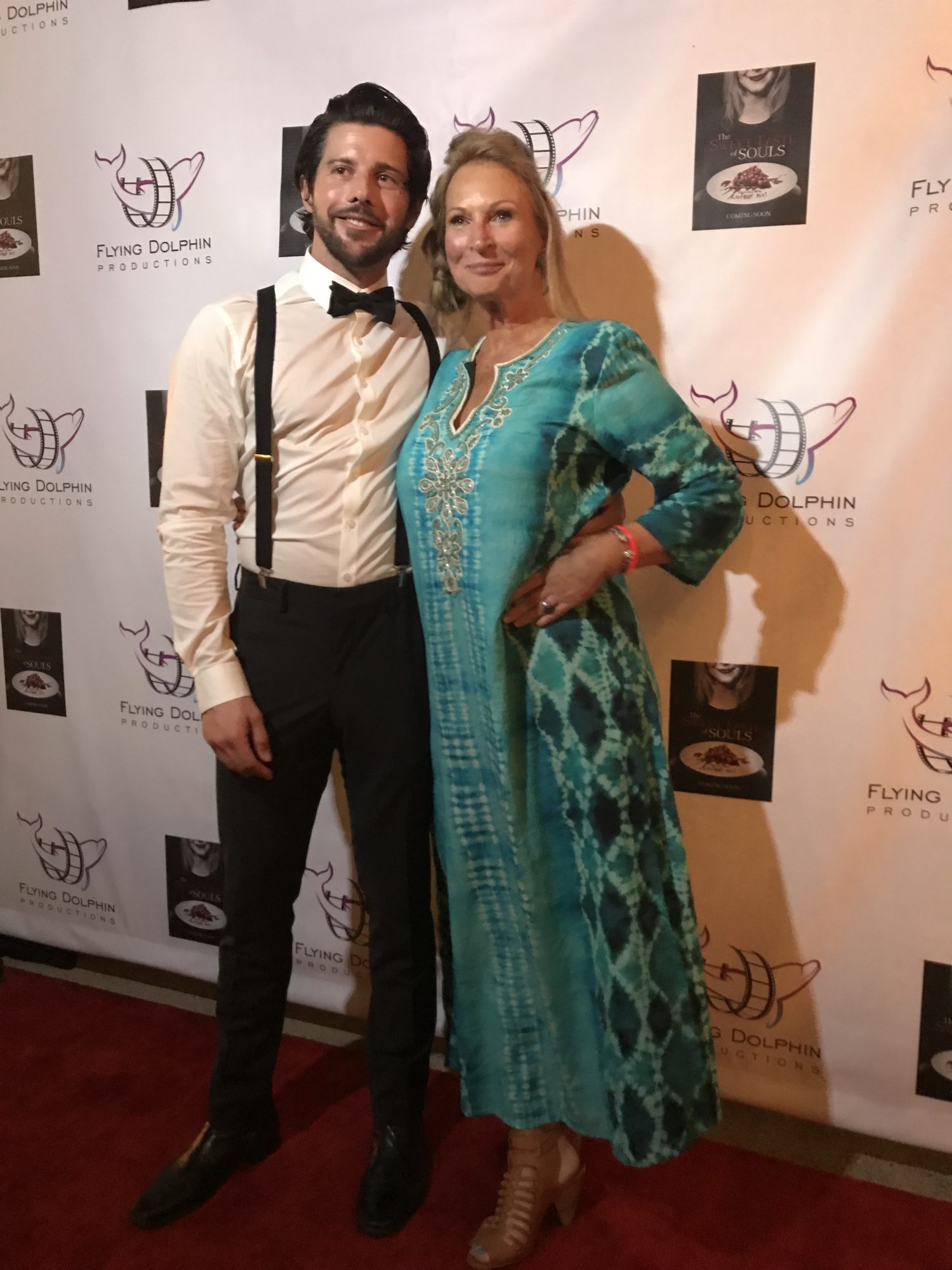 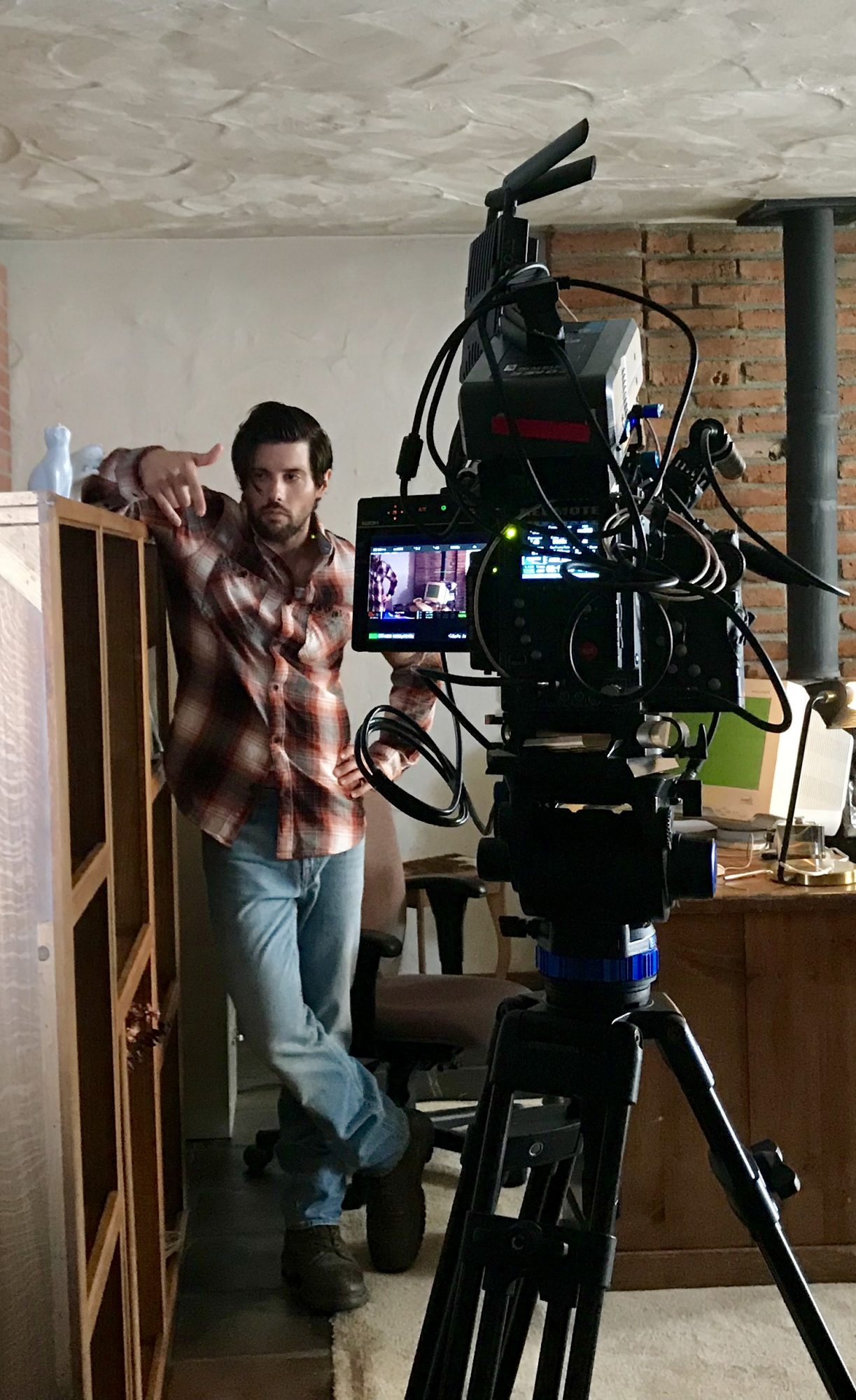 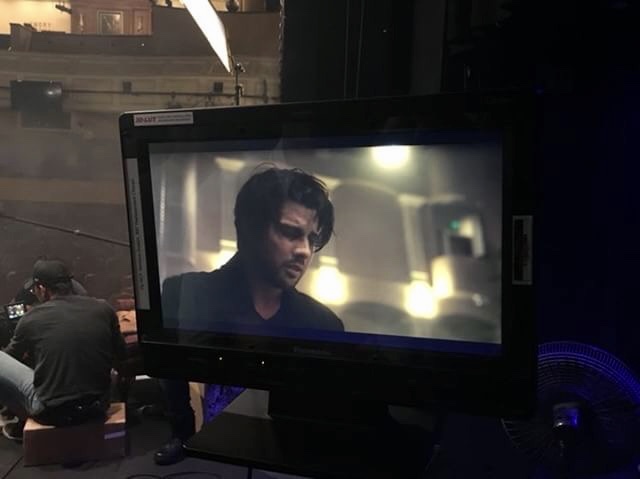 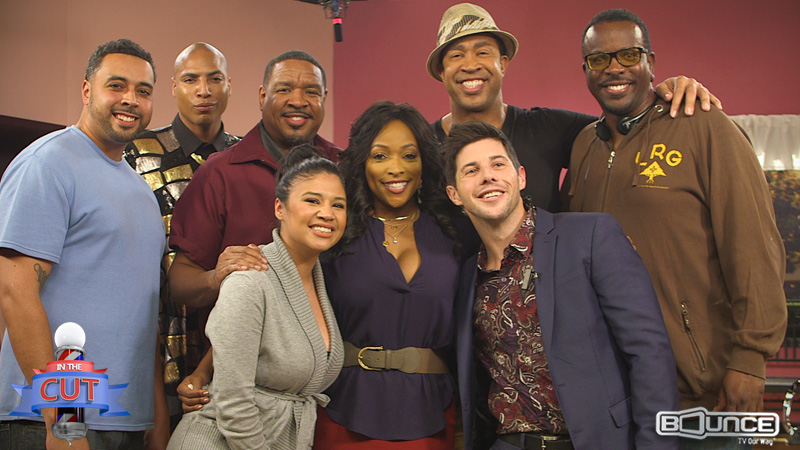