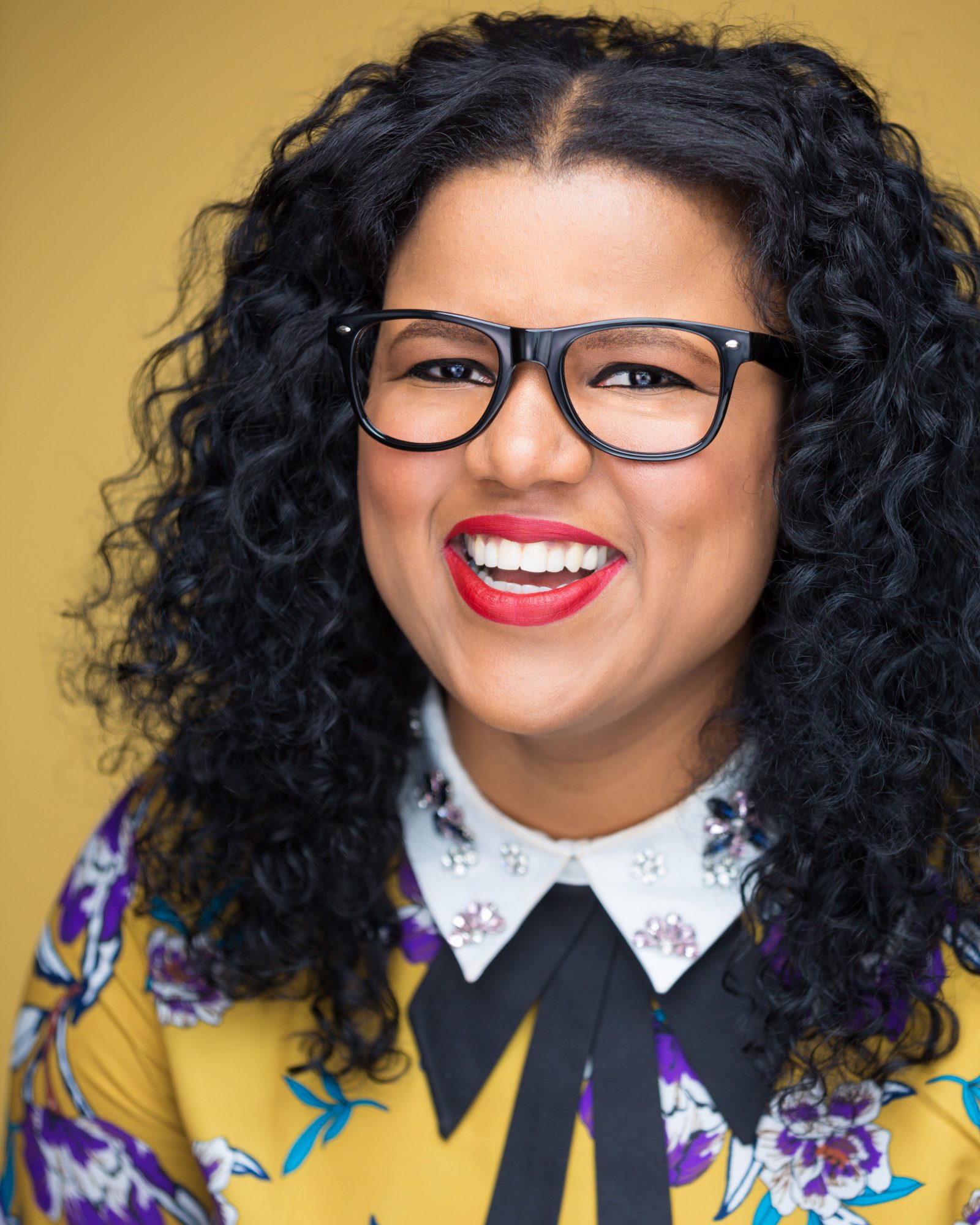 Thanks for sharing your story with us Sayrie. So, let’s start at the beginning and we can move on from there.
My name is Vanise Sayrie, but I go solely by my last name “Sayrie” as my stage name to pay homage to my dad and the men in my family. My future sons will take the last name of their father, so like my dad’s only girl out of six boys, this is my way of passing on his legacy.

The dream of being an entertainer all started with my college years. I was an incoming freshman at Xavier University in New Orleans, Louisiana the year of one of its worst natural disasters, Hurricane Katrina! After, only two weeks into the new school term, I back stroked my way back to my hometown Houston Texas as an evacuee of the storm! It was a time everyone started pulling together with so many lives lost and so many more missing! With that being said, Universities in bordering cities did their part by offering special expedited admission to displaced students. I landed at the University of Houston as a Biology major with dreams for being a doctor one day which I should have known then was not going to work since I had a fear of seeing blood. Although I was a straight “A” student most of my life, I always wanted to be an actress and comedian but was too afraid of becoming a starving artist. While attending school, I met this one girl name Sylvia Kelly, who mentioned a major where students watch TV for homework and I was immediately interested! The major was called “Media Production” apart of the communication college! I figured that to be a great loophole. I could make money behind the scenes creating content while still being close to acting like artist Neo, who worked behind the scenes making music for others before becoming an independent artist. Can you say LOOPHOLE???

In my sophomore year, I landed an internship at Houston Media Source (HMS) which was a public broadcasting network in Houston. There, I was the only intern out of 30 interns to COMPLETE the internship! It was very hard for sure but I felt like giving up was not an option. HMS served the platform, but it was really up to the intern to figure the rest out! I had to be my own producer, editor, writer, actress, director and the list goes on! I went on to produce not one but two shows for the station before it was all said and done! Determination with vision is a hell of a DRUG! After I was first on TV at the age of like 19 against all odds, I realized something. Victory does not go to the faint! One can attain any goal with positive thinking, a persistent work ethic and faith!

Although I was only supposed to complete one internship in my major I went on to take on four more internships! I had a taste for being a creator of content and I was HOOKED! My next internship was at ABC in the newsroom. This was a walk in the park after my stay at HMS! Although, the job was more of a get my coffee gig, I shadowed all the news department areas seeking more knowledge. I went out with the reporters for the scoops. I threw a ball with the sport’s reporters in the field. I sat with the anti-social editors in the dark rooms and read along on the teleprompter with the anchors! I was truly a sponge. ABC had a very well developed environment but I still applied the work ethic I had generated at HMS and went on to get my first production assistant credit on one of ABC’s shows seperate from my internship in the newsroom! Oh now, ya girl was cooking with gas. Everyone was like who is this kid that’s always smiling? She’s always looking for some work, so let’s give it to her! Lesson number two learned, always stay busy learning and growing!

Next was PBS! Now, PBS got a little tricky. I landed a role as the intern to Patricia Gras who was the producer for the show “Living Smart.” She was battling cancer that year and was really experiencing the downsides to chemo. Although, the gig was a similar ‘look busy and get a nice cup of coffee when anyone appears parched’ type of position, I looked for opportunities to expand! I didn’t even like the smell of coffee breath in the mornings. One week a hot health guru was set to appear on the show for an interview during one of Gras’ tough weeks battling her illness. Since I could see she was completely beat, I took it upon my self to read our guest’s entire book overnight and created cliff notes and a questionnaire! The next day, I handed it to Gras with little explanation since I wasn’t looking for much glory but instead her success. I wanted her to know that I had her back and didn’t even care if she took the credit! My job was to make her look good. Needless to say, by the end of that internship, she went on to give me “Associate Producer” credit which was way more shinier than the title of simply intern! I learned there that hard work done in the shadows always comes to light with patience and kindness! There’s no need to steal someone else’s spotlight!

I loved it so much at the University of Houston under this new major that I ended up staying and not returning to New Orleans. When my last semester ended, I wanted to move to LA and follow my dreams of being an entertainer so I signed up for just one more internship that summer after graduation! There was a BET internship in NYC and an MTV one in LA and although I wanted so badly to be in the city of angels, they never called me back so into the concrete jungles I went! At BET, the same magic happened! I worked closely under my boss Mary Pryor who was a kind and often humorous character. Also, I have to thank other BET staff like Lissette Morales, Ralph Scott and Depelsha Mcgruder for really shaping my life and career during those crucial times. It felt like a family. They really took the little southern bumpkin under their wing and schooled her on how things worked on the east coast. By the end of that internship, I was hired on as the “interactive coordinator” for CentricTv. YESSS! Finally a paycheck for all of this free labor.

I know you’re probably thinking and where does the standup career begin??? Such a long story Sayrie! Ok, Ok. So, here we go, I said all of that to say this. After a year of working at CentricTv, I finally felt like JUMPING and moved to Los Angeles to pursue my passions of standup comedy. While in LA, I still continue to use my production tools to create my own content as an entertainer. Some extra lessons learned: Setbacks are often setups for a greater opportunity. No matter what life throws at you, just re-aim it towards the success you want. A smile goes a long way! Choose to be happy.

Has it been a smooth road?
The road has been anything but SMOOTH! If I wanted smooth, I would eat yogurt! Looking back, I now realize in life everything can be a test. Test of your will. Test of your perseverance. Test of your ego. I had to pass all of them in order to make it as a comedic entertainer! I would say being a woman in a male-driven world, is hard, but in reality, every internship I went through was run by a remarkably strong woman! I’m now realizing how important those female models were in my life. Of course, you hear No’s in this industry but the yes’ are louder! The largest struggle is staying motivated to keep going without knowing future outcomes! Everything is built on faith.

What do you do, what do you specialize in, what are you known for, etc. What are you most proud of? What sets you apart from others?
I am a standup comedian that performs all over hosting, doing red carpet correspondence work and acting. While working my comedic muscle, I co-host on Kevin Hart’s LOL radio station for the show “Quakes House” lead by comedian Earthquake and on Fox Soul.

I’ve always used comedy as a way to educate, entertain and energize others! What sets me apart is that I am a creator of content! I have used comedy as a platform mixed with my previous production knowledge to write, direct, produce and edit to name a few. I am the self-proclaimed “ragin cajun’” here to spread a little more laughter to the world through Humor, Diversity & Love!

I am currently working on my new comedic web series “Bi The Way” which is about a bi-curious preacher’s kid that kisses a girl and likes it. She goes through a whirlwind of situations exploring her sexuality en route to self-love and acceptance. It is a goal of mine to tell more stories that will uplift people while educating them in a comedic way.

Let’s touch on your thoughts about our city – what do you like the most and least?
I love Los Angeles for all of its opportunities to create films and television programs that the WORLD enjoys! It is the place that moves the culture of today and the place where anyone’s dreams can be a reality! However, with that being said, I could live with less traffic! 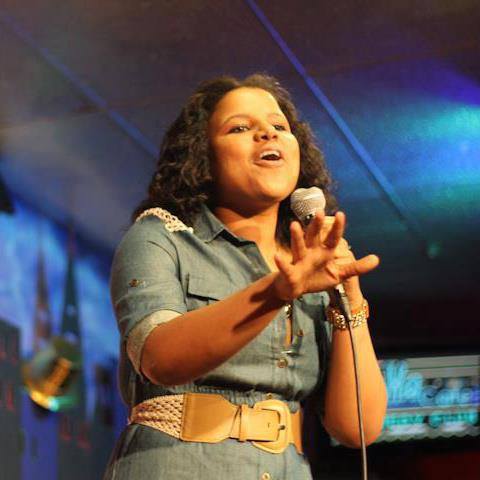