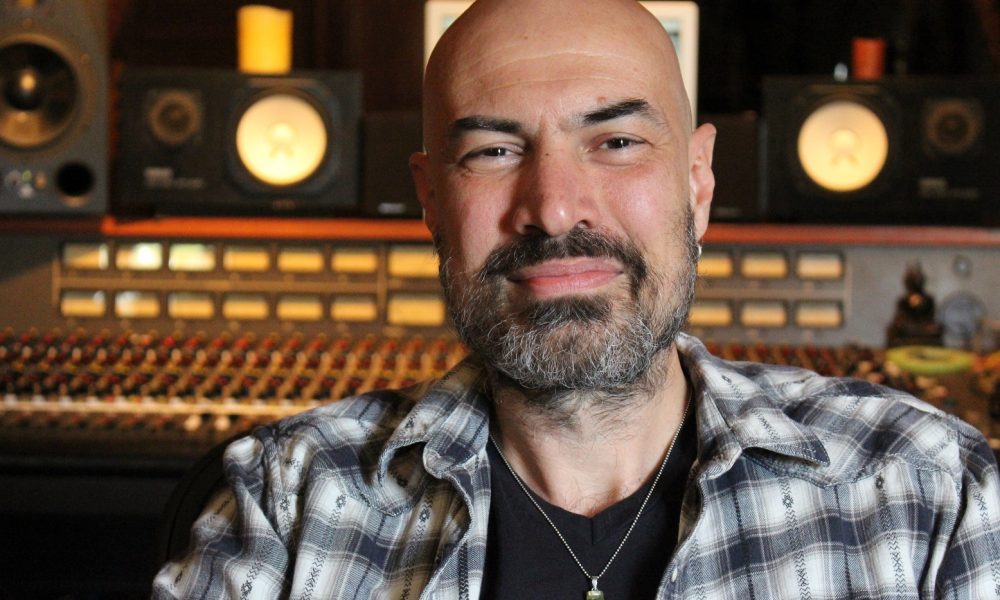 Today we’d like to introduce you to Saverio SAGE Principini.

Saverio SAGE, please share your story with us. How did you get to where you are today?
I moved to LA in 1987 from Rome, Italy, I was 19 or thereabout… had a one-way ticket and $700 in cash, in those times I didn’t know what a credit card was… I had a band named Astaroth and we wanted to play the clubs and audition for Record Companies. In Europe we had achieved a certain degree of success in the underground scene so we thought we were ready for the big move… it turned out there were another 2000 or more bands in LA at that time playing the Strip and it was all pay to play… we lasted a couple of years and the band broke up… at that point I was working humble jobs just to get by but I started another band locally and then another…. none of these projects became successful but I gained a ton of experience and met a myriad of musicians… eventually by recording in various studios in LA I discovered my passion for music production and that led me to spend more and more time in the recording world.

A few years later I got connected with various Italian major labels and recording artists and I started an executive production company, I would take care of multiple aspects of the recording of an album, from the studio itself to session musicians, to hotels and rent a cars to just about everything involving the stay of the artists in LA. Eventually, I met Italian rock mega-star Vasco Rossi and he gave me a huge opportunity to become part of his team, as an executive producer but then eventually as a songwriter and arranger-producer, so far I had 5 number hits with him in Italy and we are partners in the Speakeasy Studios LA which is a state of the art recording facility inside his home in the Hollywood Hills – obviously I will be forever thankful for the trust he put in my skills.

Somewhere along the journey I got signed as a songwriter by a couple of different publishing companies and I have worked on many local as well as international projects from Argentina to Spain to Canada to Ukraine… then by virtue of the fact that I have been in Hollywood for 33 years I couldn’t escape some Film and TV work like the music production for the Reality Show of the Pussycat Dolls and various music libraries for Oprah Winfrey’s Show and various Fox Sports shows that are still running… the TV work actually all begun when David Leon, a then up and coming music supervisor, licensed ten songs I wrote with my bands for the Valley of The Dolls TV Show which was syndicated on National TV. A few years ago a wrote the title track for the movie THE LODGER with composer John Frizzel which was sung by Sascha Lazard, the movie was on Sony Classics and featured Alfred Molina, an amazing milestone for me. Another subliminal moment was participating with Canadian star Gino Vannelli to the Montreal Jazz Festival, he performed as a headliner to a sold-out audience with the Philharmonic Orchestra our song Canto, which even entered the Canadian charts.

I must say one the things I love the most though is working with young talents, I do a lot of productions for unsigned artists, it’s amazing to see the enthusiasm and passion they have and being able to help them make their debut recordings is a one of a kind experience. At one point, I would put those records out on my indie label and even had a distribution deal thru Whole Foods… but that market is now defunct so I just focus on production and I never get involved in marketing and promotion… I truly love what I do and I couldn’t think of any other path, music is my passion since I was a teenager and it most likely will never end.

Has it been a smooth road?
Loads of struggles, I came to the Country without speaking English… nor Spanish… I was an illegal alien for over four years… I paid my taxes though… and I was bringing project at one point from overseas worth a few million dollars, all of that money were spent to local business and hundreds of local musicians were hired in those years… I eventually got a break and received the green card followed by the US citizenship… but yeah the early days when I was doing 12 hours a day working as a waiter in a restaurant and then 3 hours practice with my band in downtown LA… well those were not easy times at all!

So let’s switch gears a bit and go into the Speakeasy Studios LA story. Tell us more about the business.
We are a full-scale recording studio inside a beautiful Villa on top of the Los Feliz/Hollywood Hills… we provide accommodation and creative space for artists to live, write, record 24/7… we have been fortunate to have as client artists such as Ricky Martin, Janelle Monea, The Bacon Brothers and so many more… As a songwriter and composer, I can also provide music for all different types of media and as I have explained before I love artists development. I am not aware of many creative spaces like our, there many Recording Studios in LA and some are just amazing like Hensons Recording which used to be A&M and years has been the home of most of my productions but our focused is different, the process here is a full immersion, artists and writers get together, they can hang by the pool, cook and have dinner together, hand by the fire pit at night guitar in hand and write… then when they are ready come down to the Speakeasy and record their ideas which eventually turn into a finished product and in some occasion end by in the Billboard charts!

How do you think the industry will change over the next decade?
Oh, if you had asked me before the Pandemic I had an idea but now… we are going to just wait and see… I don’t have a crystal ball and all I can do is try to keep producing using all safety precautions but loads of people are making their records in their bedroom now for obvious reasons… so I am really not sure… 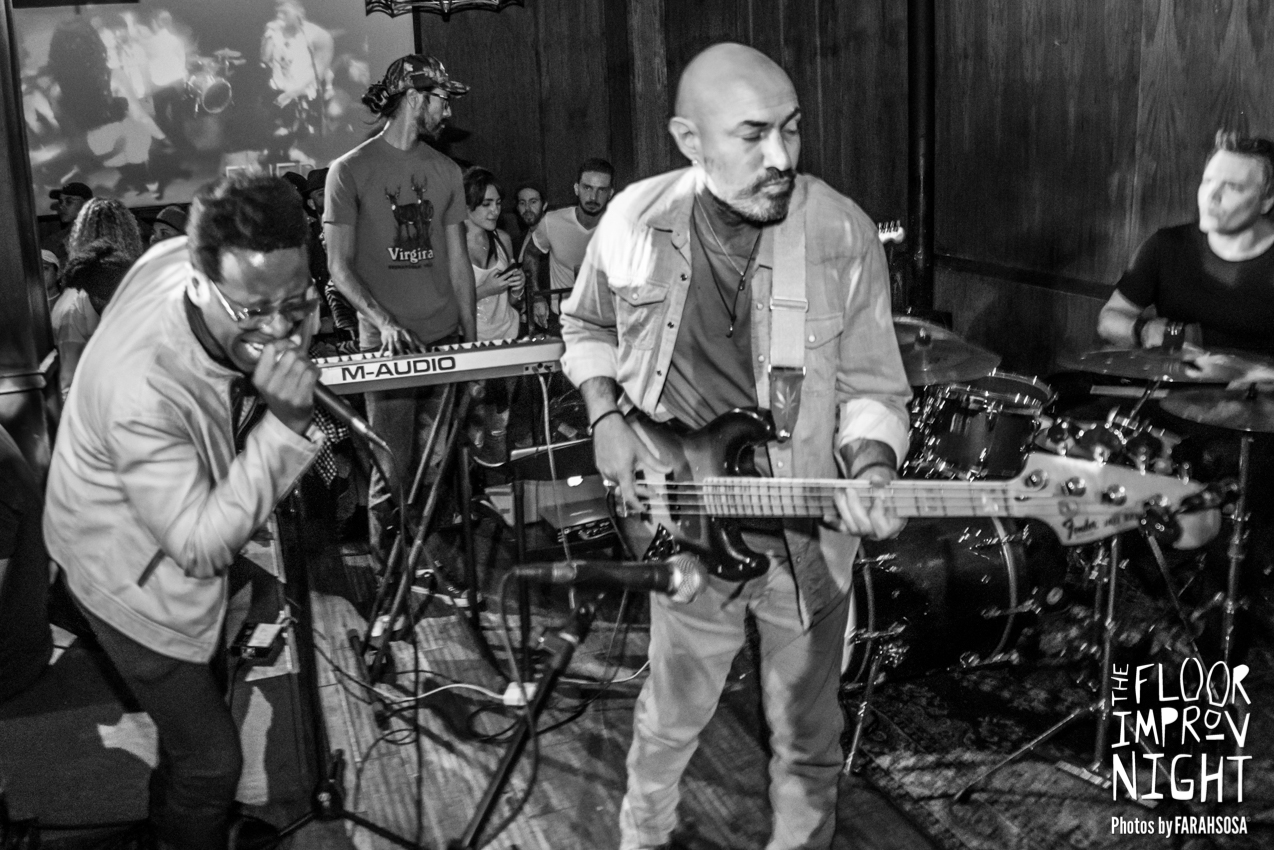 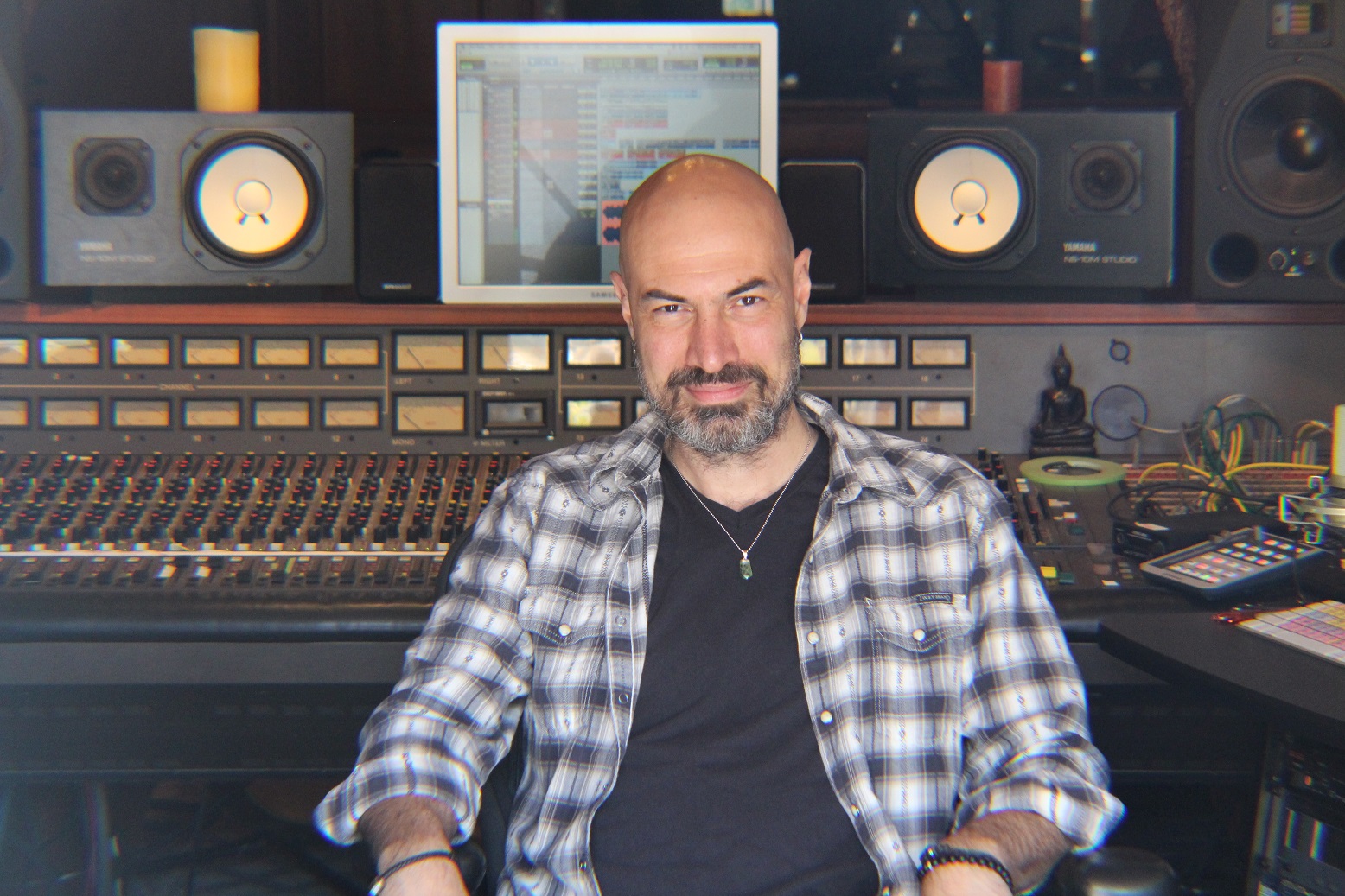 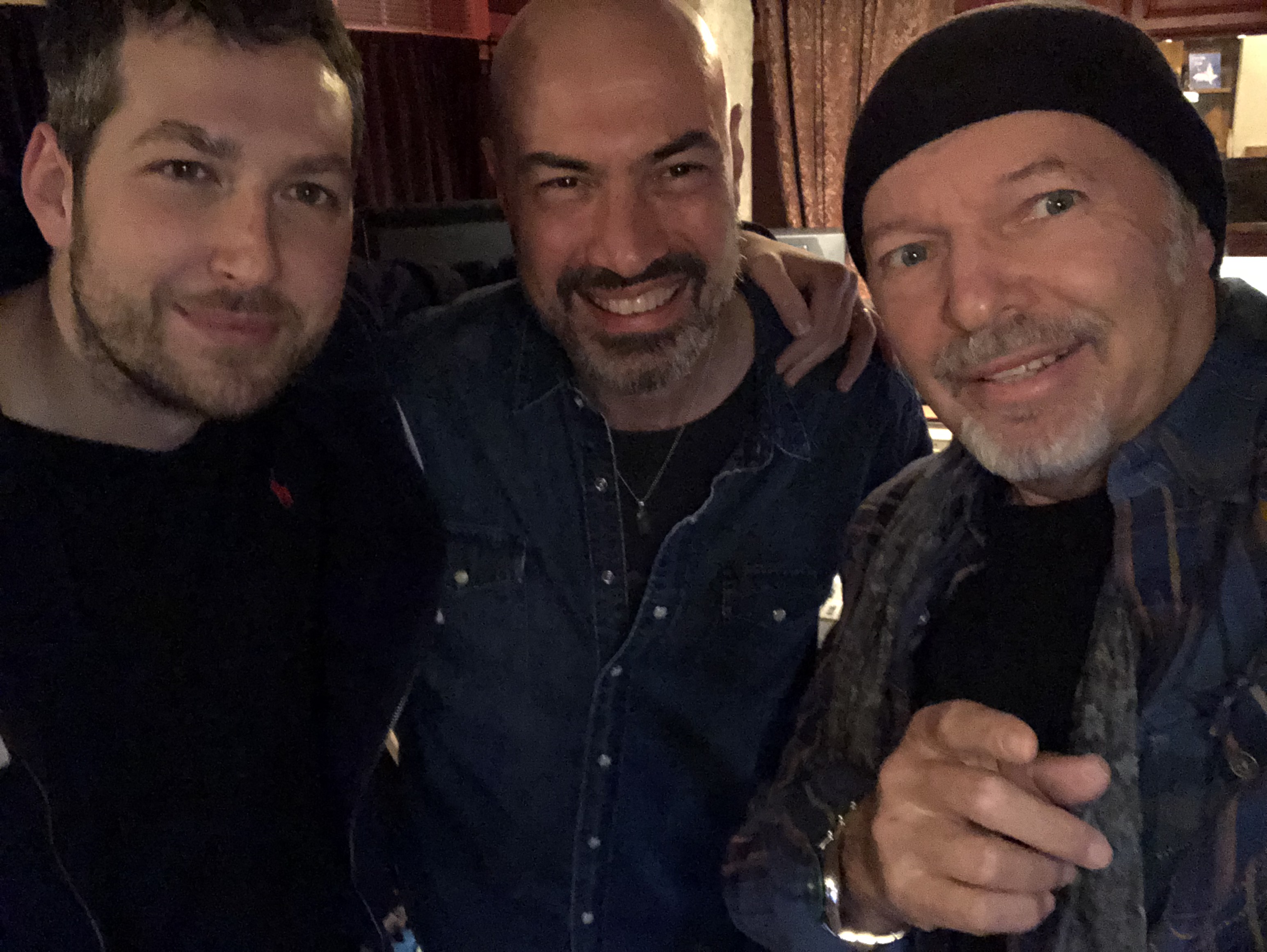 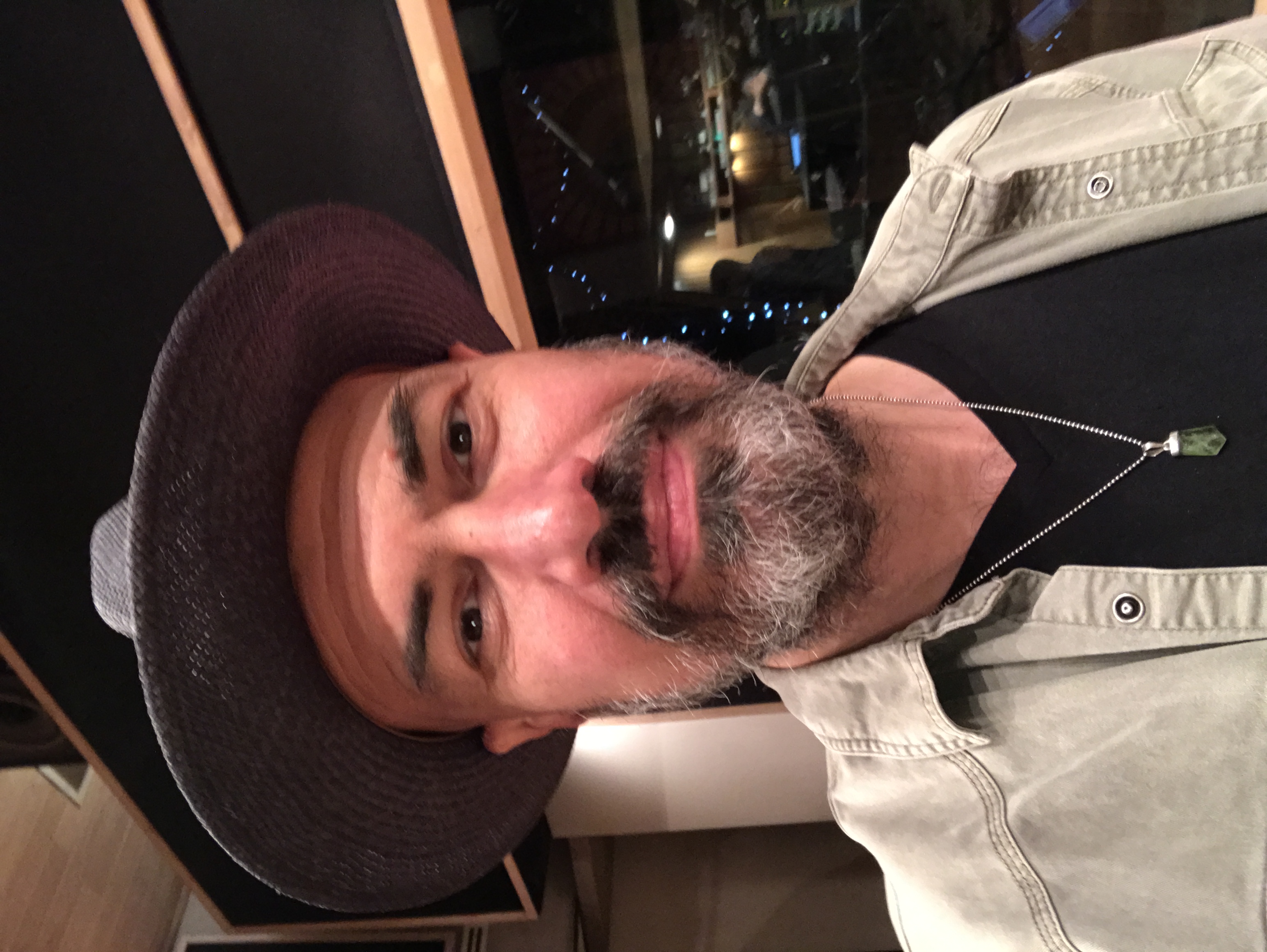 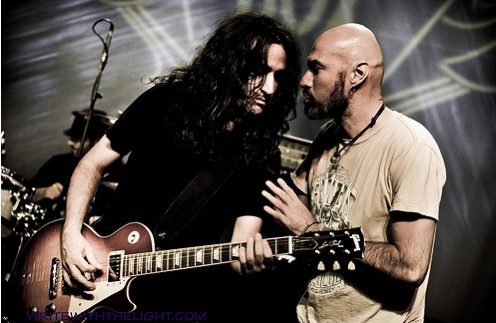