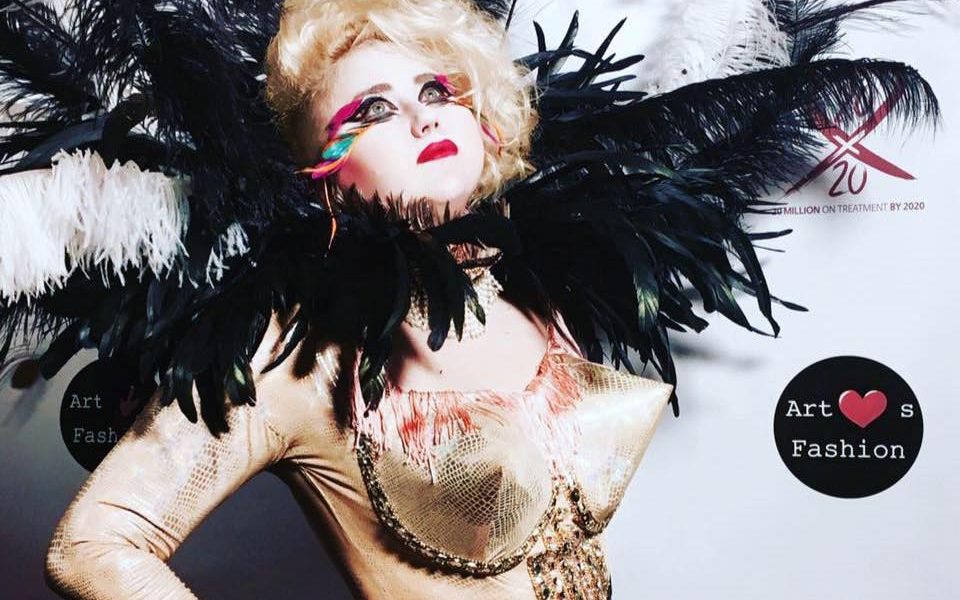 Today we’d like to introduce you to Savannah Pope.

Savannah, can you briefly walk us through your story – how you started and how you got to where you are today.
I’m a native. I grew up on the east side, though my parents and I often spent chunks of time in different places because of my dad’s work. I was a precocious, angsty kid prone to running away and getting into all sorts of trouble when I wasn’t listening to music in my room. My family sent me away when I was fourteen. I actually learned about glam rock at a school for wayward teens, where I began to appreciate artists like Bowie and Joan Jett. It was also there that a friend taught me some chords on a guitar, which inspired me to start writing weird little folk songs.

After high school, I ran off to Ecuador with some live-off-the-land hippies and then went to college in Vermont for a hot second. Feeling very cooped-up in the country, I transferred to an art program in Barcelona that was far cheaper and more liberal than anything I saw in the States. I stayed out there for a year doing oil paintings and drugs. Then I briefly attended art school in Brooklyn before dropping out and moving back to Los Angeles in a state of complete disrepair.

Music took me by surprise at that point and imbued me with a new sense of purpose. I fell into it by chance when I wandered onstage during an open mic I’d been dragged to. I experienced a sudden urge to perform. The reaction I got was incredible, and I fell in love. From that point on it just became a matter of developing musically. I started a rock band called SpaceCream, which taught me to write and sing in new ways. And eventually, when it became clear that the band situation wasn’t meant to be, I decided to put work out there under my own name. That’s where I’m at now. It’s great!

Great, so let’s dig a little deeper into the story – has it been an easy path overall and if not, what were the challenges you’ve had to overcome?
The road has been anything but smooth. It’s taken a lot of ups and downs to get where I am – which is really just the beginning of where I want to be. I’ve been through plenty of heartache artistically. My band started to get traction and then broke up, several times. A number of people have told me I’m not thin, or accessible, or malleable enough. I’ve been hit by a pickup truck – literally. I’ve been made fun of for my outlandish sense of style since I was a kid (though usually by people with personalities like soggy cereal). One thing I will say for myself is that I don’t quit on my dreams. I’m a dogged thing. I just keep going, no matter what. My mom taught me that. She’s the biggest badass I know.

Alright – so let’s talk business. Tell us about Savannah Pope – what should we know?
I’m a rock singer, songwriter, and performer. I’m now putting material out under my own name, and it’s very freeing. My work is a unique blend of ‘70s-style glam, prog, and art rock. Sometimes it gets pretty heavy, and other times it breathes in a fashion almost akin to soul music. I have a pretty crazy vocal range and love to be on stage. I put together (and sometimes create by-hand) my own stage-wear in a style that matches my larger-than-life aesthetic. Giant crowns made of flowers or baby doll parts, sculptural dresses, platform glitter boots – you name it. All of this helps me to combine my music with visual art.

I’ve got a lot of exciting gigs and releases coming up. I’m playing a string of shows in the coming months and putting out a music video in September. I’m particularly proud of that video. I spent a year on it, mixing original footage with motion graphics created from scratch. My friends helped me to realize everything. I’m very lucky to know such brilliant, creative people.

Is there a characteristic or quality that you feel is essential to success?
I’ve learned that a combination of open-mindedness and perseverance is key. Both qualities are necessary, and they balance one another out. 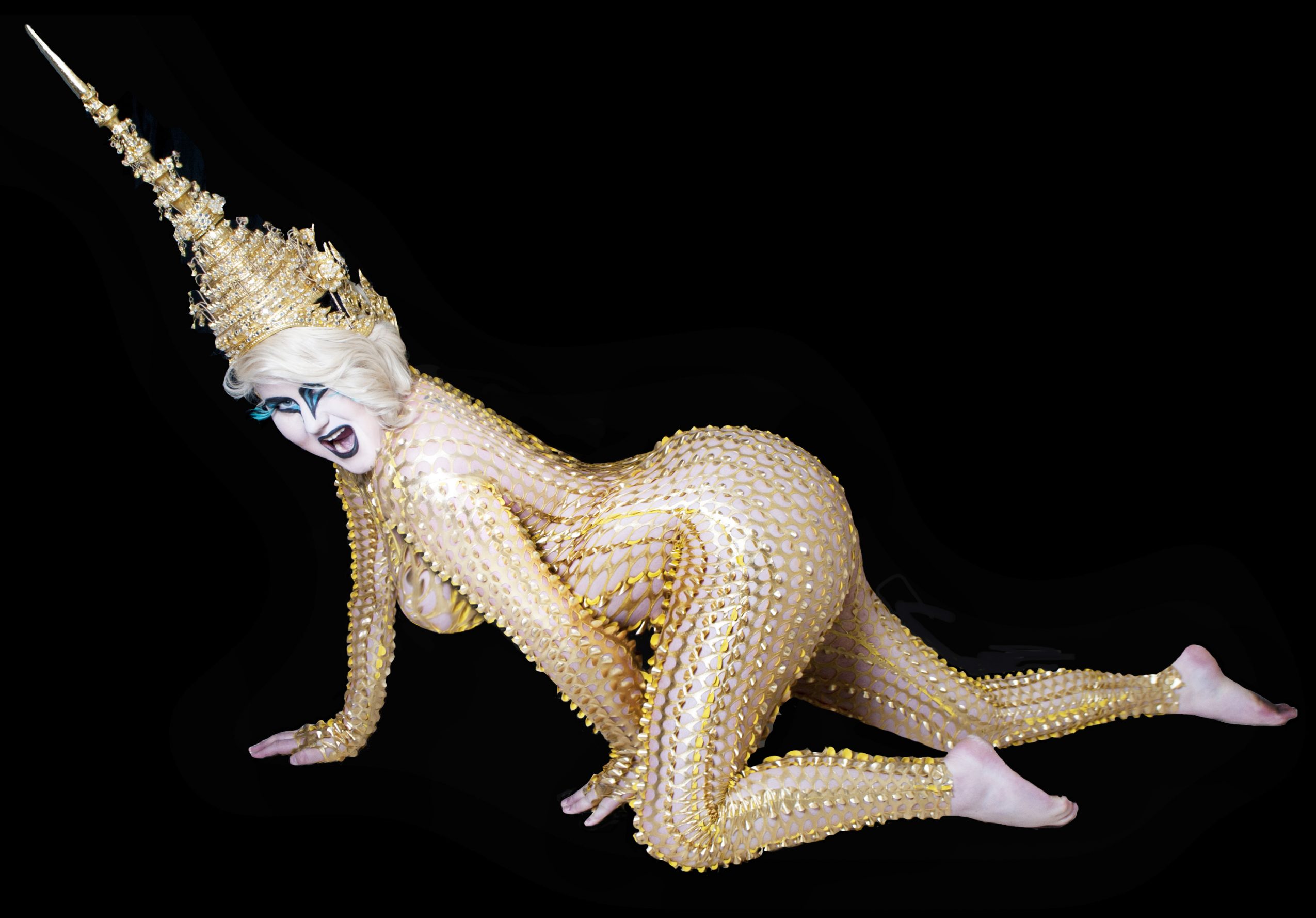 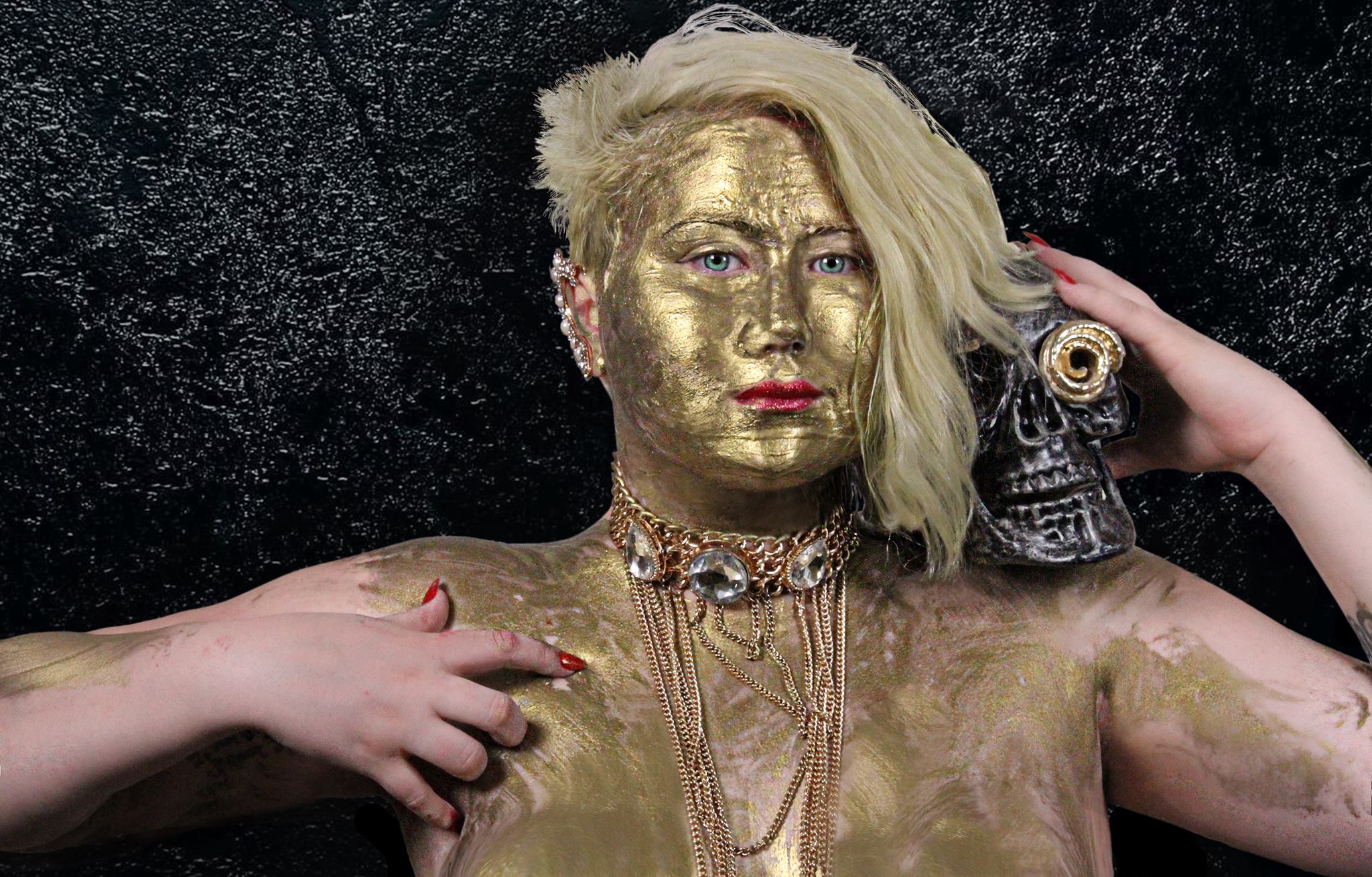 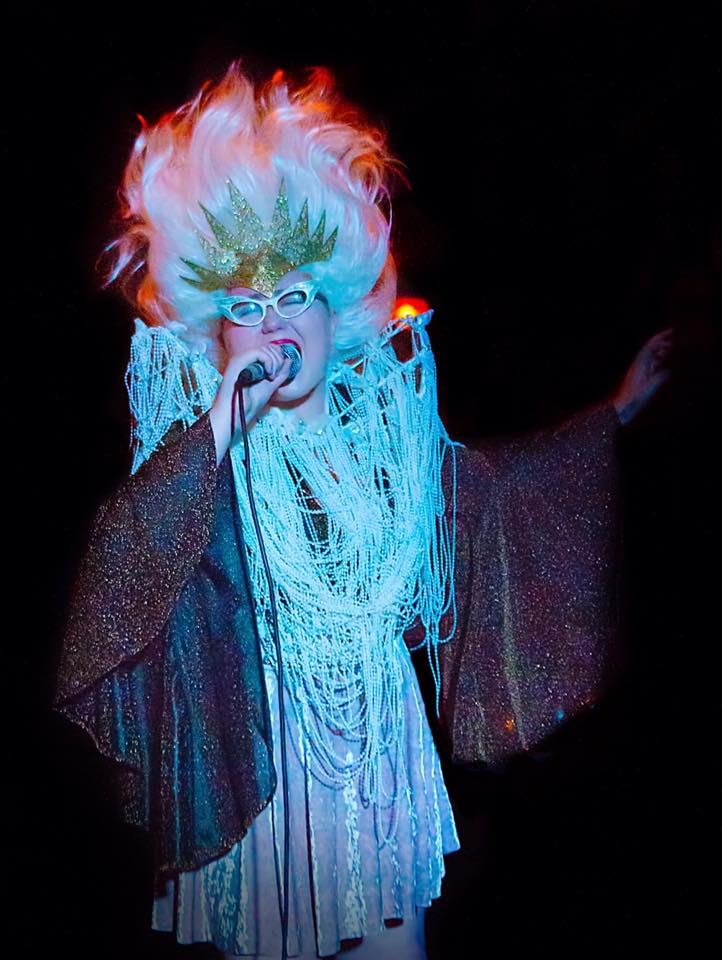 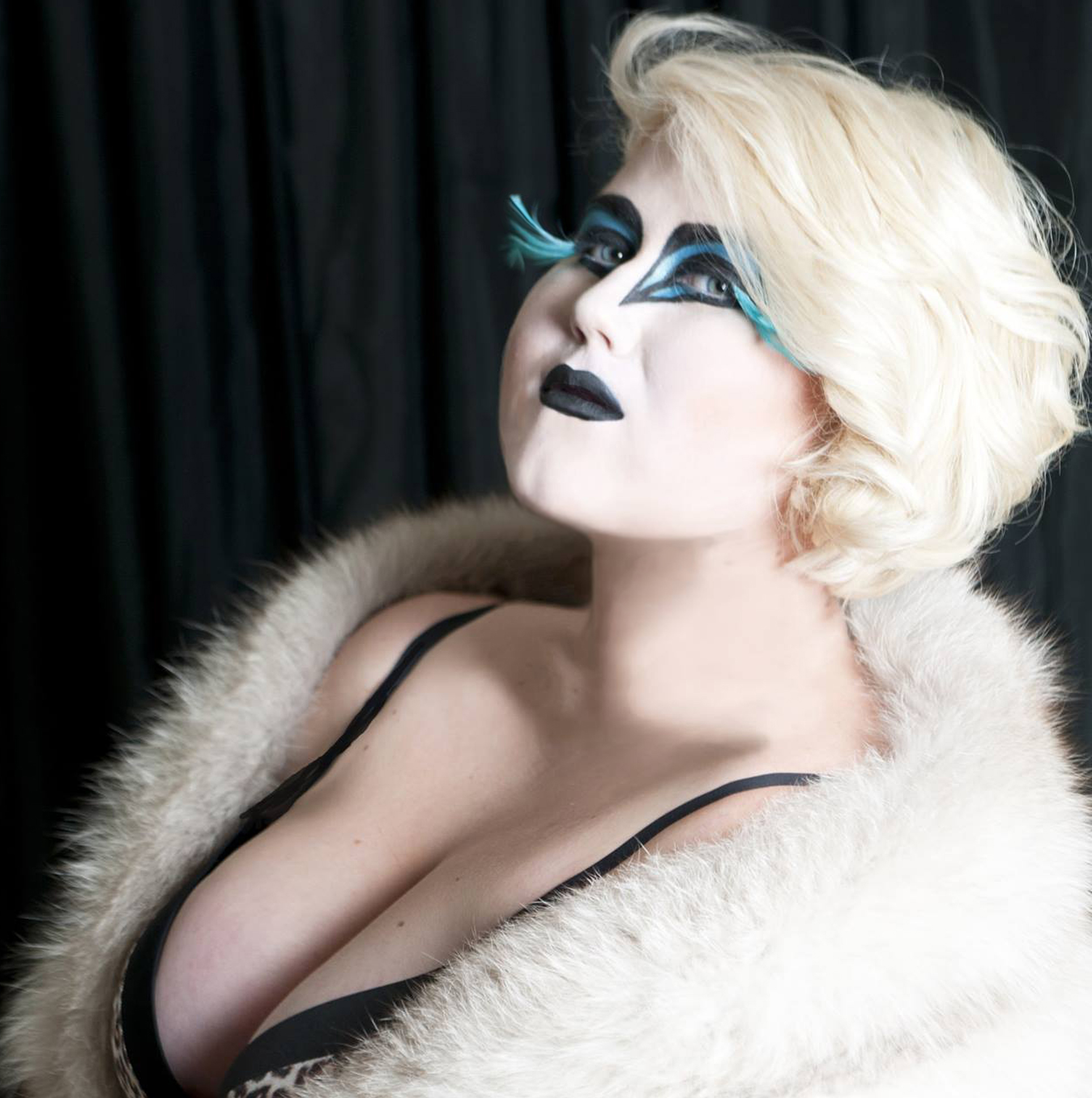 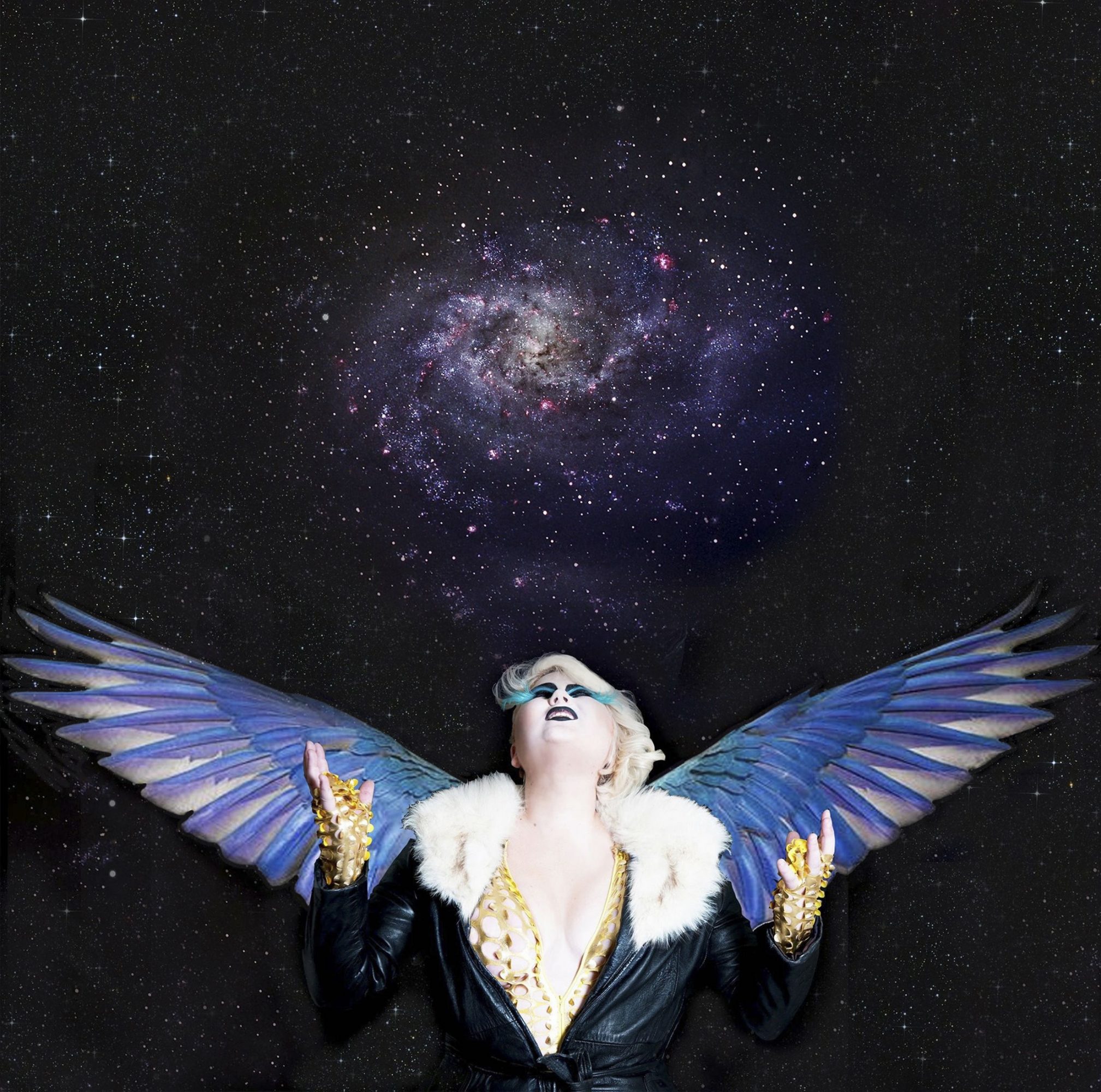