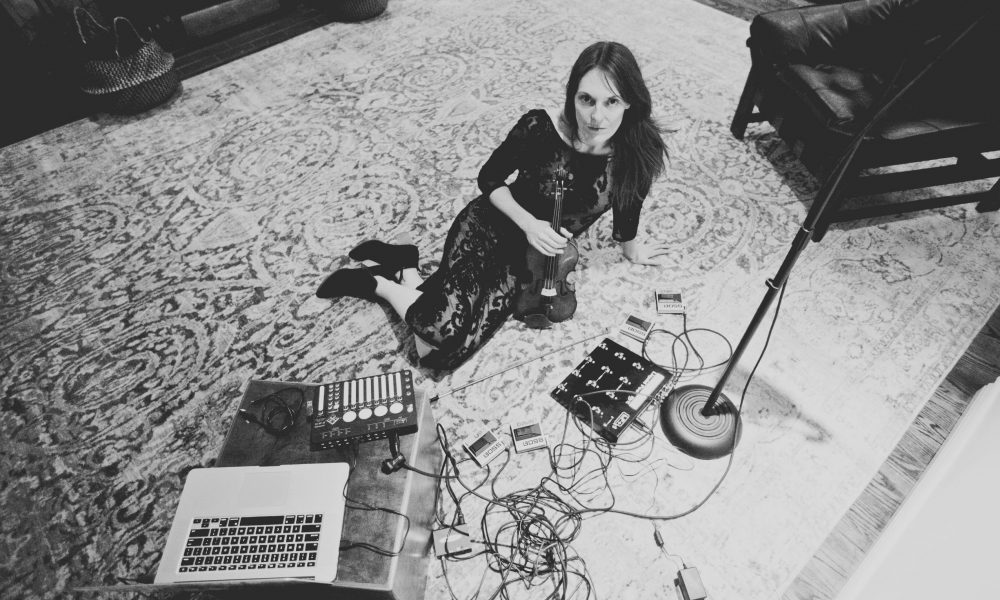 Today we’d like to introduce you to Savannah Lack.

Savannah, let’s start with your story. We’d love to hear how you got started and how the journey has been so far.
I grew up in a small suburb on the outskirts of Brisbane, Australia. As a kid, I spent a lot of time in nature – climbing trees, growing vegetables and riding my bike around the sparse, sprawling streets. It was idyllic and also difficult – I had to deal with some complex issues early on, and this juxtaposition of things – simplicity and shadow have come to inform what I hope to express with the music I make. Every time I return to Australia, I reconnect to the landscape and the feeling of endlessness and foreboding it inspires.

Music entered my life early, I heard a violin at age four and it was a defining moment. I begged for a violin for about a year before my parents finally relented and purchased one. My first teachers were my Grandma and my Mum and I began formal musical lessons a year or so later when my parents realized I was serious about learning. Classical music resonated with my personality – the violin became a voice for expressing emotions I didn’t know how to translate into words. I also found the discipline of study appealed to my dogged, Taurean nature. I didn’t really become interested in other forms of music until my late teens when I fell hard for the raw beauty of artists like The Dirty Three, Sam Baker, Gil Scott Heron and Patty Griffin – the way these artists conjured emotion and told stories with stark and masterful economy became a huge influence.

I have tried to follow an inner guide throughout my career and to push the limits of what has felt comfortable. This practice has flung me out of my comfort zone and into many different musical roles. After graduating from the Queensland Conservatorium (college) I spent several years freelancing as an orchestral violinist with the Queensland Symphony and Queensland Philharmonic orchestras but found I didn’t feel creatively alive in that role. As a young musician, freedom and truth of expression felt important and I began to use those points as a compass for my career. I toured outback Australia with a rock band for six months, raising money for the Royal Flying Doctor’s Service – we traveled to the most remote parts of Australia, heard people’s stories, played for 2 and 2000 people, semi-seriously considered becoming a Jillaroo (!) and on returning home, I knew I wanted to make music in a different way. I started writing my own music, began playing in a post-rock instrumental band, trinkets, and started arranging strings for others. I was lucky enough to win a Golden Fiddle award in 2005 and a Churchill Fellowship in 2006, which allowed me to travel to the U.S to study with and observe string luminaries, David Campbell, Matt Glaser and Tim Lorsch. The time I spent studying and touring the U.S was incredibly inspiring. Feeling like I needed to push myself at this point in my life, I decided to move to San Francisco. In San Francisco, I had the absolute privilege of meeting some incredible creative minds across artistic genres and played with acclaimed artists, Kai Eckhardt, Ruth Gerson, Kasey Chambers and Garrison Starr. I began driving down to Los Angeles to play sessions (Alanis Morissette, Paul Reiser, Lord Huron, Leah Curtis) and in 2015, I moved to LA full time.

These days, I write strings for pop and folk artists, play film and tv sessions and compose original music. I’ve placed music with Sony and NBC and have recorded solo violin parts for short and feature films (Killing Ground, Exitus Roma and Empyrean). Most recently, I have been working with L.A/German producer and composer, Robot Koch. We composed and released a record together, Particle Fields in 2016 on the Trees and Cyborgs label and last year released an album of electronic and orchestral compositions, ‘Otherwhere’ which was recorded with the Deutsches Kammerorchester on the Neue Meister label. I have a solo project of original orchestral compositions that I create live with a single violin and Abelton that will be released in May this year.

Great, so let’s dig a little deeper into the story – has it been an easy path overall and if not, what were the challenges you’ve had to overcome?
The journey to where I am today has definitely not been smooth. The growing pains through various transitions have been intense and difficult to navigate but they have also informed who I am as a human being and how I make music. I have tried to combine an openness to possibility along with the discipline required to evolve as a violinist and composer. At all times, I have had self-doubt on the ride with me – it is present at every practice and writing session but as I’ve traveled further down the road of discovery, I’ve slowly (very slowly) learned to utilize that force as an ally, not a sword. The rub of perfectionism vs spontaneity/creativity and figuring out the right balance of both has taken a long time to come to some agreement with.

We’d love to hear more about your work and what you are currently focused on. What else should we know?
I don’t necessarily specialize, but I do have a sonic world that I like to occupy. Within the world of composition, I like to use strings in different, unconventional ways to convey emotion and drive. I like to push the boundaries of what is possible and to challenge context. When someone comes to me with a song they would like to have strings on, I listen to the song on repeat until I feel like I’ve found my way in. Sometimes that happens really quickly, sometimes it takes ages and I have to be willing to think about the string part as a different entity or different instrument entirely.

Within the context of collaboration and electronic music, I like to push what is expected from classical instruments. Whilst it’s easier to write something that sits high above the beats and does what it is ‘supposed to do’, I prefer to deconstruct, layer and re-harmonize so that the classical instruments and electronics/soundscapes begin to create something new together. I guess there isn’t necessarily a barrier to me between genres, I am just always searching for the most impactful, moving way to express emotion/create layers of feeling with the tools I’m using.

Do you look back particularly fondly on any memories from childhood?
The first time I heard music in headphones, (Mozart, wind serenade No 10.. it was used in Amadeus soundtrack). It blew my mind that I could have all of that beauty in my head, it was also the first time I think I really *felt* the power of expression in music. 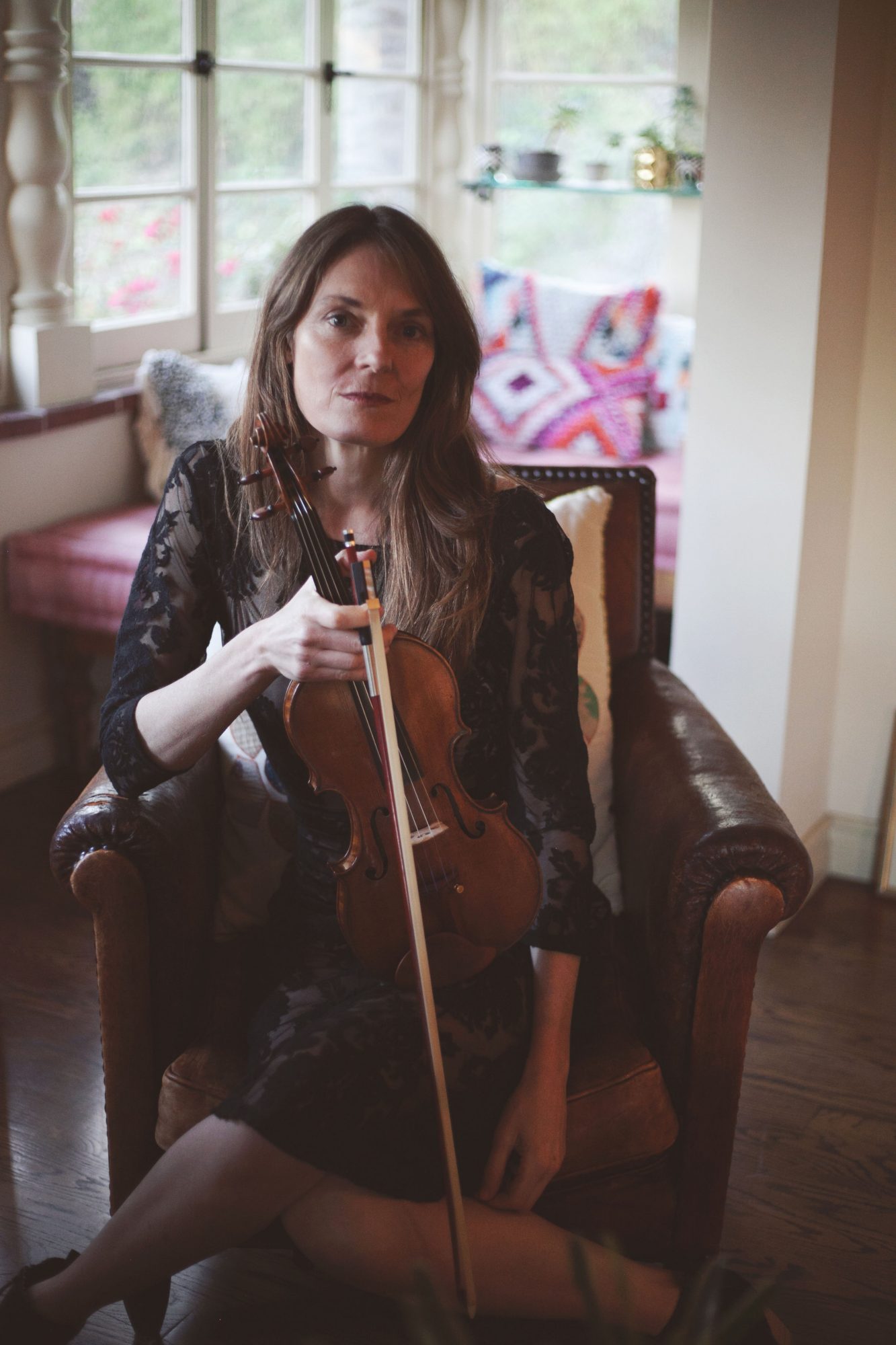 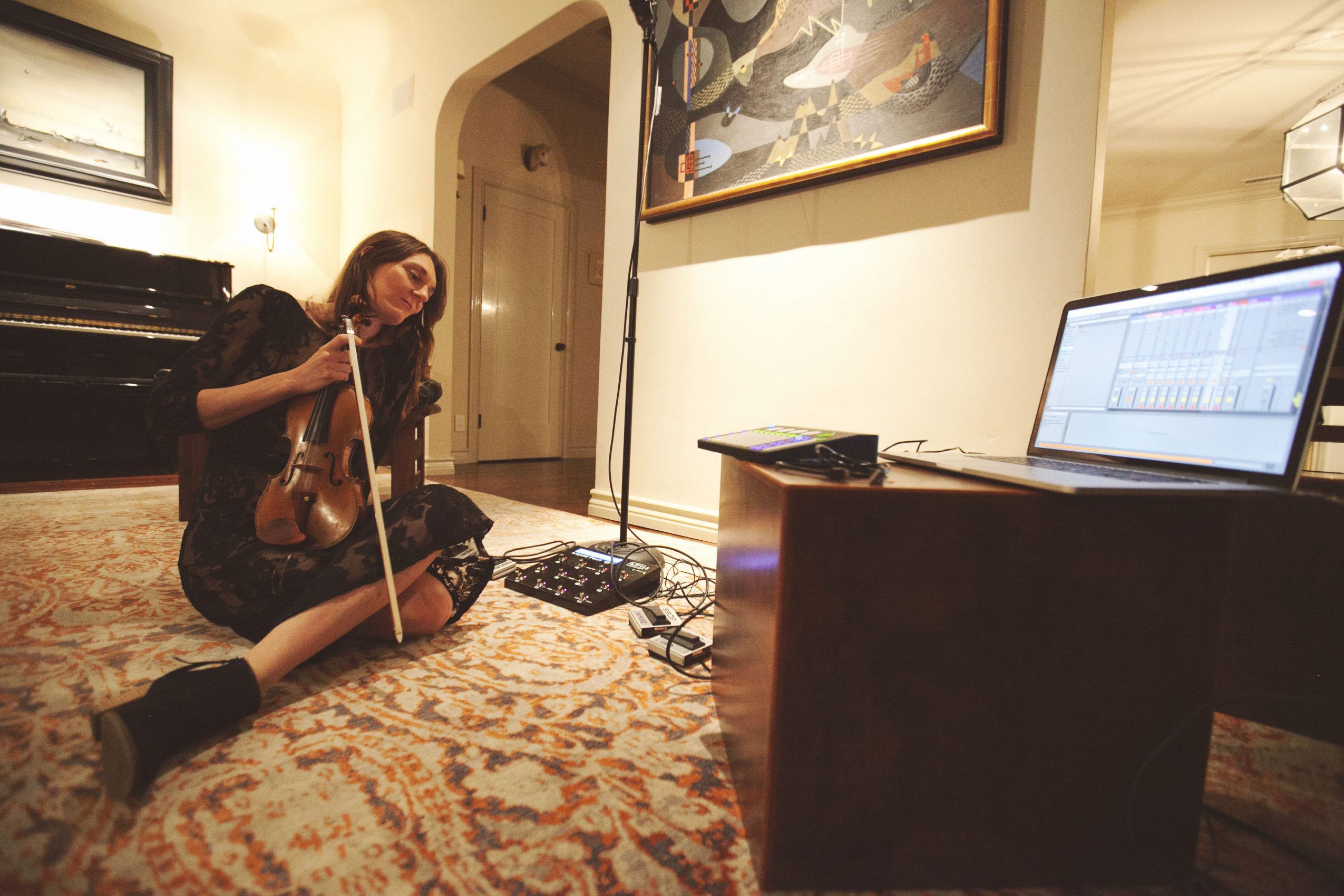 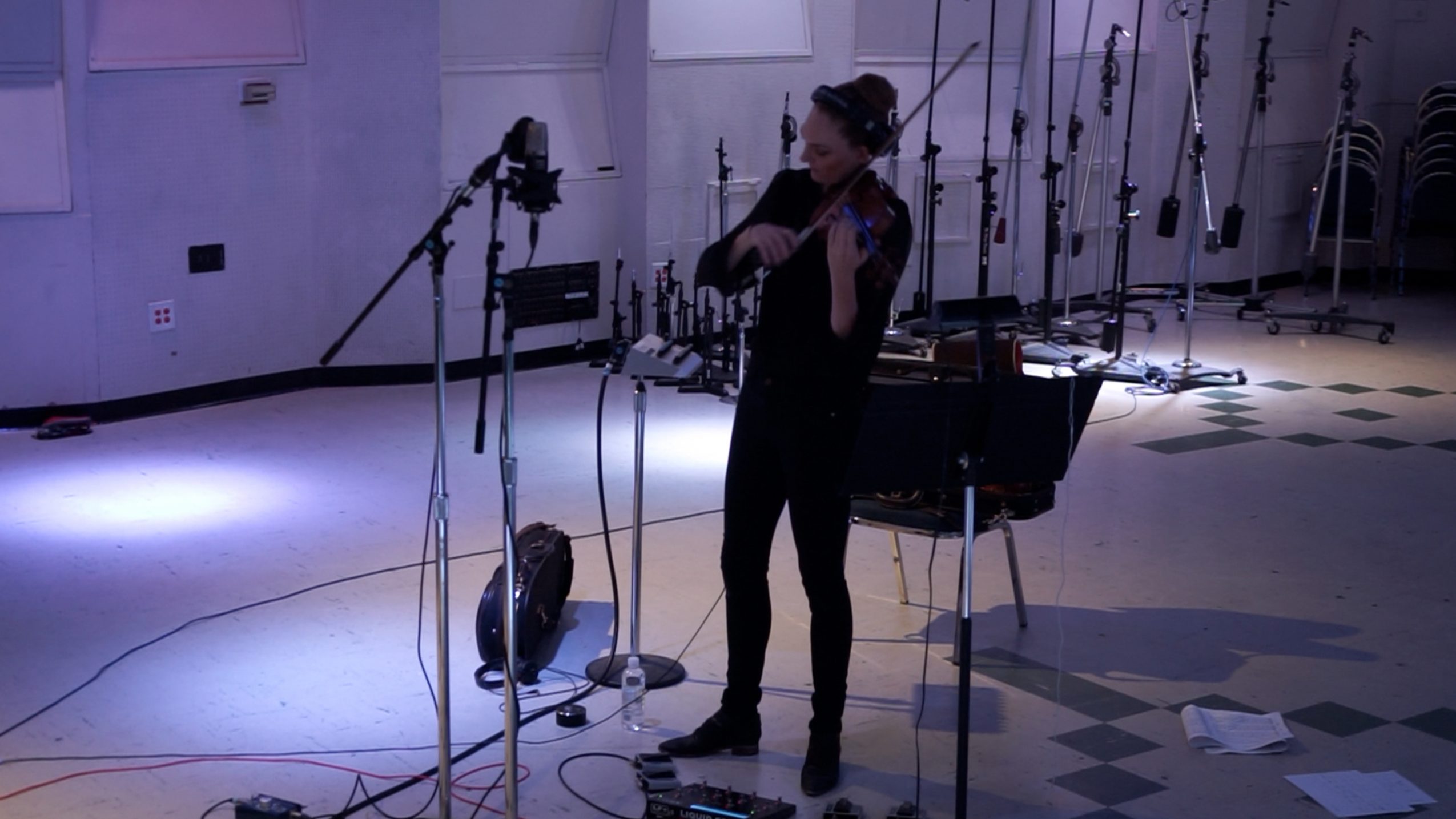 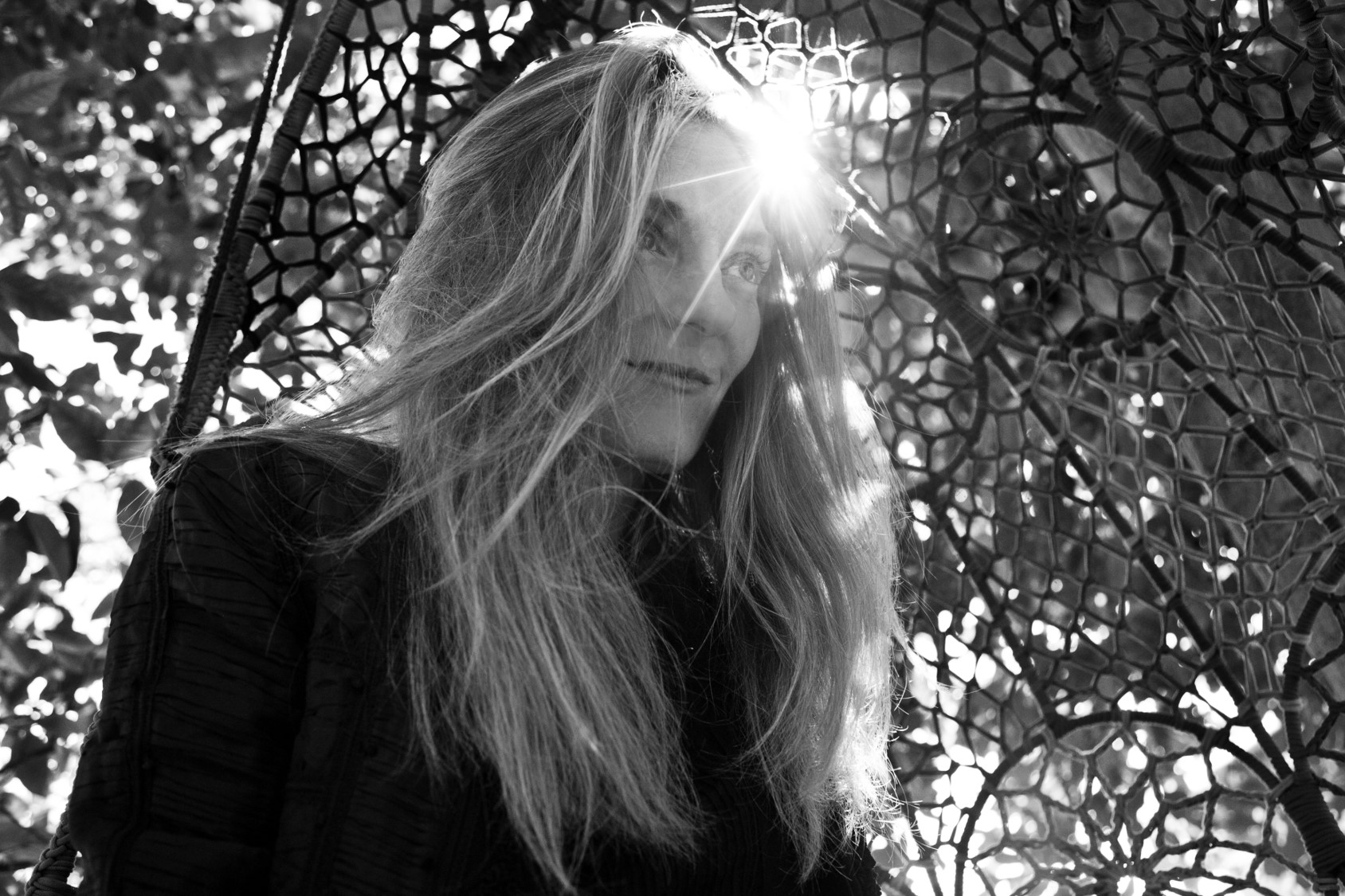 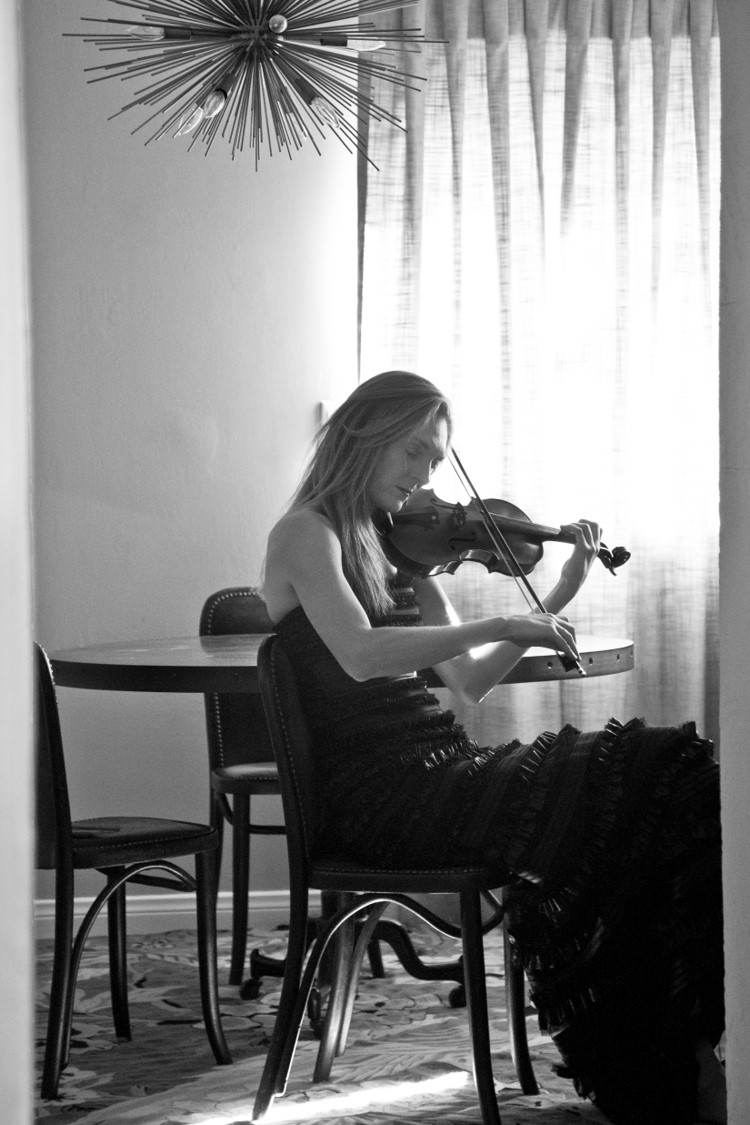