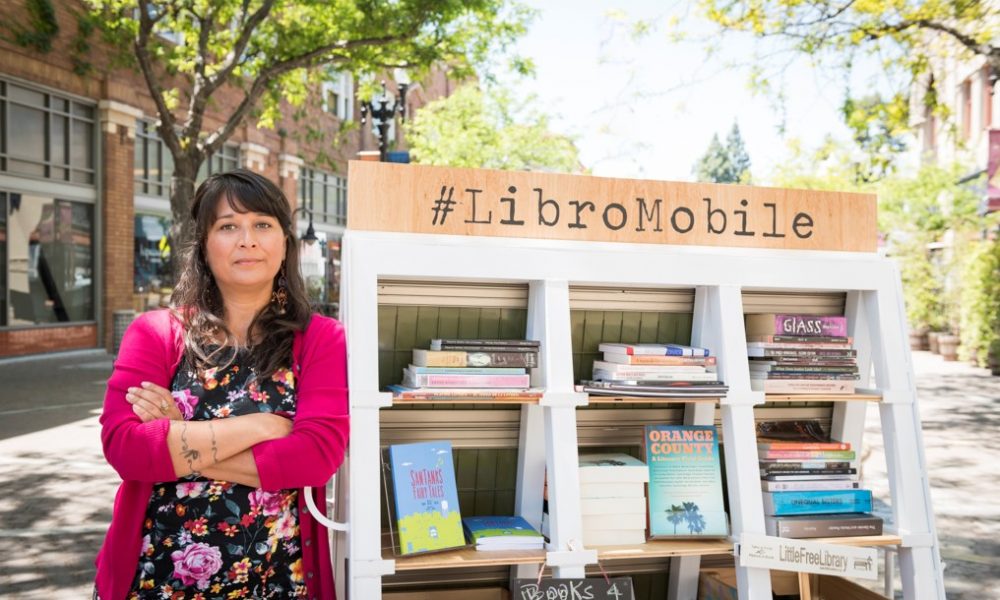 Today we’d like to introduce you to Sarah Rafael García.

Sarah Rafael, please share your story with us. How did you get to where you are today?
When I first received the rusty, planter cart from my friend and local business owner Delilah Snell, she was explaining how to garden herbs and organic veggies. Meanwhile, I was envisioning a bookmobile and planting books in gente’s hands alongside the fruteros on La Calle Cuatro.

LibroMobile is a literary project I initiated in Santa Ana, California with support from Red Salmon Arts in Austin, Texas. It integrates literature, free visual exhibits, year-round creative workshops, and live readings. The actual LibroMobile (a repurposed gardening cart holding an inventory of diverse books) is not only mobile but also builds community and promotes literacy.

As of January 2018, after a 9-month stint in a stairway, the retrofitted bookmobile resides in a warehouse on Calle Cuatro (off 4th & Spurgeon, back alley area), travels throughout Santa Ana visiting a variety of community-based events. The design of the LibroMobile is a tribute to the iconic paletero carts or fruit vendors that are part of downtown Santa Ana.

To hear or see a paletero or frutero cart builds cultural interests (from locals and visitors) to know that something authentic and familiar is being offered, and LibroMobile has achieved the same connections through relevant literature.

We’re always bombarded by how great it is to pursue your passion, etc. – but we’ve spoken with enough people to know that it’s not always easy. Overall, would you say things have been easy for you?
In March 2016, I returned to my childhood city, Santa Ana as an artist-in-residence at CSUF Grand Central Art Center (GCAC). Prior to my return, Santa Ana’s only bookstore had closed and its disappearance, along with all the changes to downtown, made me nostalgic while gentrification issues kept resurfacing into my daily conversations.

I wondered about the missing carousel, vanishing quinceañera boutiques, and the white-walled cafes. I judged myself for living across a trendy bar I’ve boycotted since 2009. At the time, I never thought I would be accused of artwashing or being complicit as an artist and bookstore owner, I never thought folks would say I was contributing to gentrification.

“Artwashing” is a term often associated with artists and creatives who are seen as the central force to change the urban landscape of an area while pushing out underserved residents. I am currently the only SanTanera (gente/folks from Santa Ana) in the art center. I’ve been trying to figure out how to make sure someone local replaces me when my time runs out.

My personal goal was to reclaim space in my community and provide culturally relevant literature and art. I am also trying to find a way to be sustainable and finally make SanTana my permanent home. But LibroMobile’s future is still in question and affording rent after my artist residency is still unpredictable.

In the first months, I learned quickly that I would not be able to pop-up on corners. In fact, there is a law in Santa Ana that prevents it. However, I also learned that many local venues ask for 50% of profits from artists to sell goods. I began to ask questions from the powers that be, from other women-owned businesses like Alta Baja Market; I began to learn the loopholes and negotiate for space.

I also received advice from Jen Hofer with AntenaMóvil and collected books by virtually reaching out to my writers’ community. To this day, LibroMobile receives donated zines, books and various publications on a weekly basis.

But with each gain came a loss, loss of support from those I refuse to do business with, loss of support from community members who boycott where I live, who I collaborate with and where LibroMobile is hosted, and loss of friendships because I cannot commit until I have a balance of trust.

And most recently, I’ve also learned I’m a target for cultural tourism and white savior tactics. But regardless, LibroMobile must continue, libros for Santa Ana must exist.

We’d love to hear more about your business.
The LibroMobile Project offers affordable books by writers of color, bilingual and Spanish books for children, youth, and adults, as well as books that speak to culture and social justice issues relevant to the local community. Stocked items began with 60 books and now include approximately 3000 titles ranging from handmade zines to popular authors, to small press bilingual publications, a community board to post local resources and a traveling Little Free Library—this has become a book-haven for our homeless residents and is continually refilled by SanTaneros, OC residents, and librarians.

Additionally, I restock six Little Free Libraries located at the Delhi Center, Heritage Museum of OC, Jerome Park, Grand Central Art Center (GCAC), Corbin Family Resource Center and Sullivan Manor apartments. Through various forms of support, I also donated little libraries to El Centro Cultural de Mexico, the public garden of Heritage Museum of OC, GCAC and a private residence in Santa Ana. I believe in reciprocity. As long as I am an artist-in-residence, I’m in a position to share resources. Now, LibroMobile sells art by local artists where 100% of the profits are paid directly to the artists.

Over the last two years, I have learned that the community I initially aimed to serve is only a small percentage of the community members seeking books in Santa Ana. Had I never expanded LibroMobile into a tiny bookstore or reached out to book lovers across the U.S. (and a few out of the country), I would not have the affordable book collection I have now for Santa Ana residents. Nor would I be able to host over twenty-four live readings and creative workshops (some with 70 people in the audience, some with 5) or pay most of the writers a modest stipend.

My regulars include Spanish language readers of all ages, Young Adult book enthusiasts, bilingual mamás, los poetas de SanTana who solely read and write for themselves, first-generation scholars who know a vintage Chicanx title when they see one, and even fellow bookstore owner, David from Bookman in Orange, who stops by on occasion just to make sure I’m still open.

On a daily basis, I get asked for more books in Spanish, books by Gabriel García Márquez, Isabel Allende, Stephen King, Edgar Allen Poe, books of poesía and the history of the Zapotecs. I banter with Los señores who sit under a tree chismeando day-after-day twenty feet away from LibroMobile, the same men remind me of mi abuelo each time they call me mi’ja and ask how my business is surviving. I get visited by plenty of librarians, bilingual children and now regular patrons who have been purchasing books since LibroMobile was just a planter stocked with used books.

What were you like growing up?
I was taught by parents to read, read, read and discover the world through books. Our local library was not only our babysitter at times, but it also made literature affordable for my working-class family.

Because Spanish was my first language and it was difficult learning English in elementary school, I was very shy as a child, but books were always my companions, and after losing my father when I was 13, writing became an outlet too.

Both forms of literature saved my life and helped me cope with difficult times in my youth — ultimately leading me to provide such resources to others through LibroMobile. 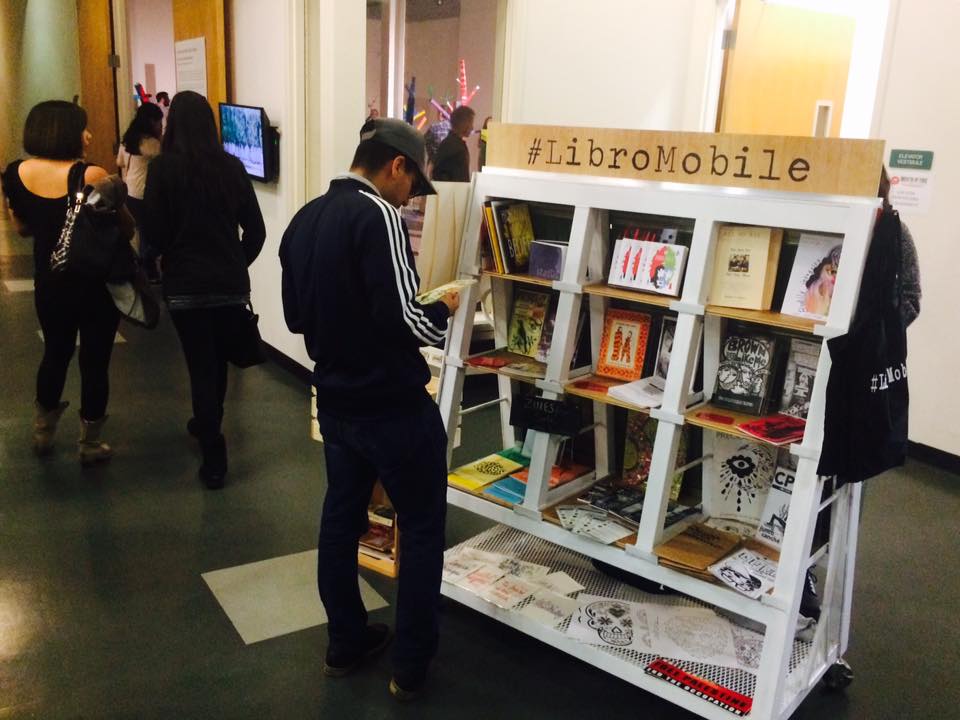 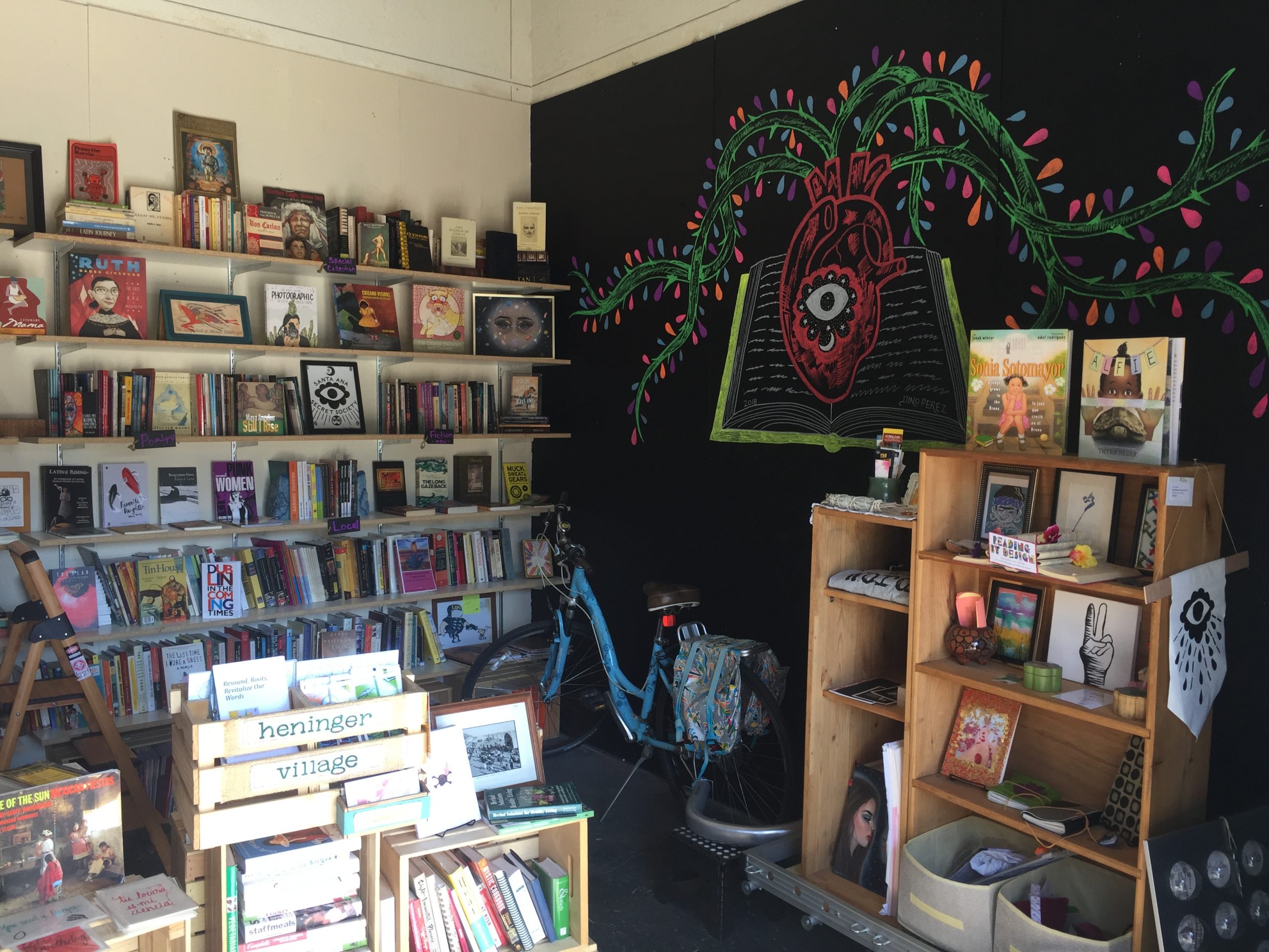 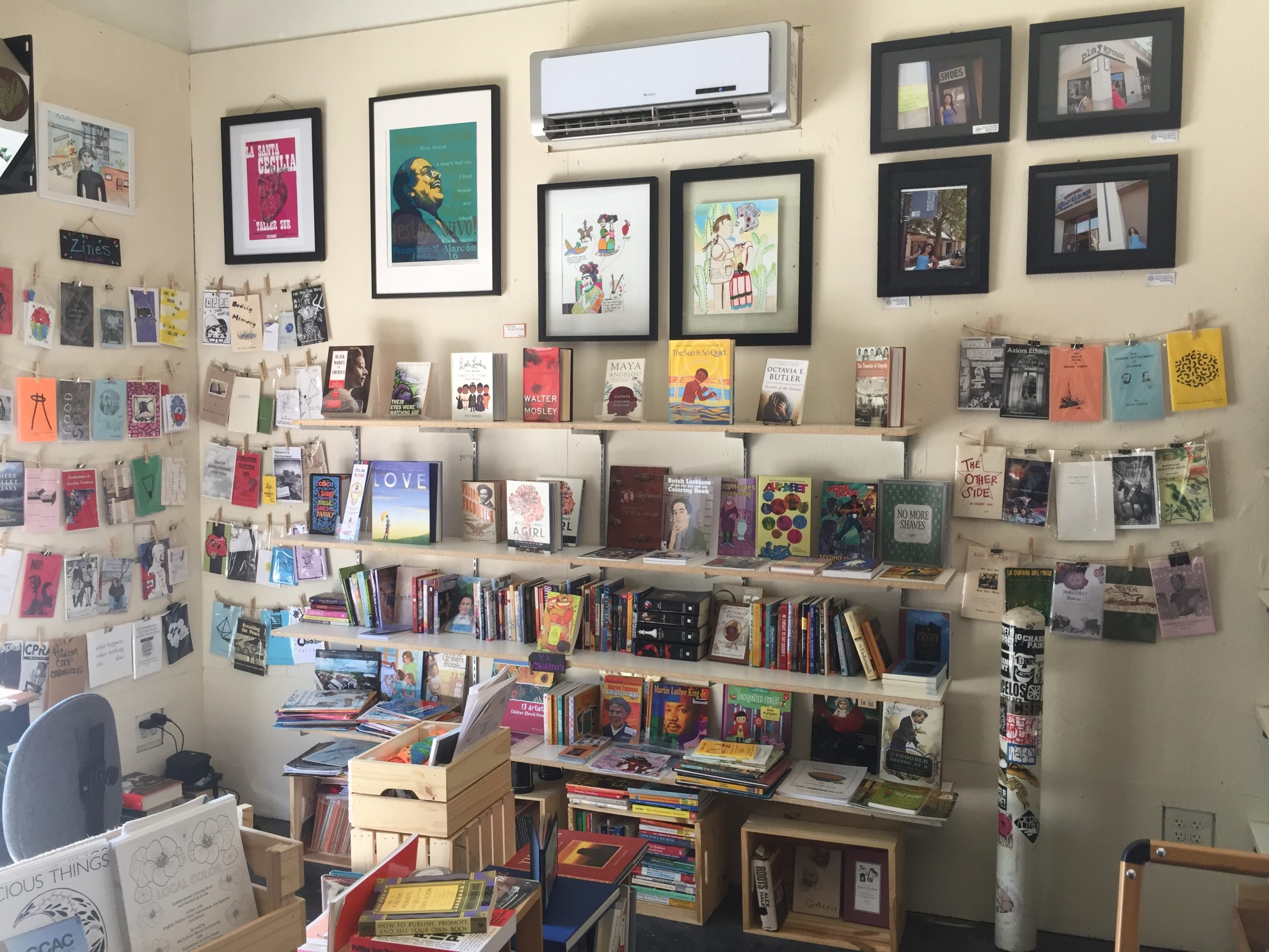 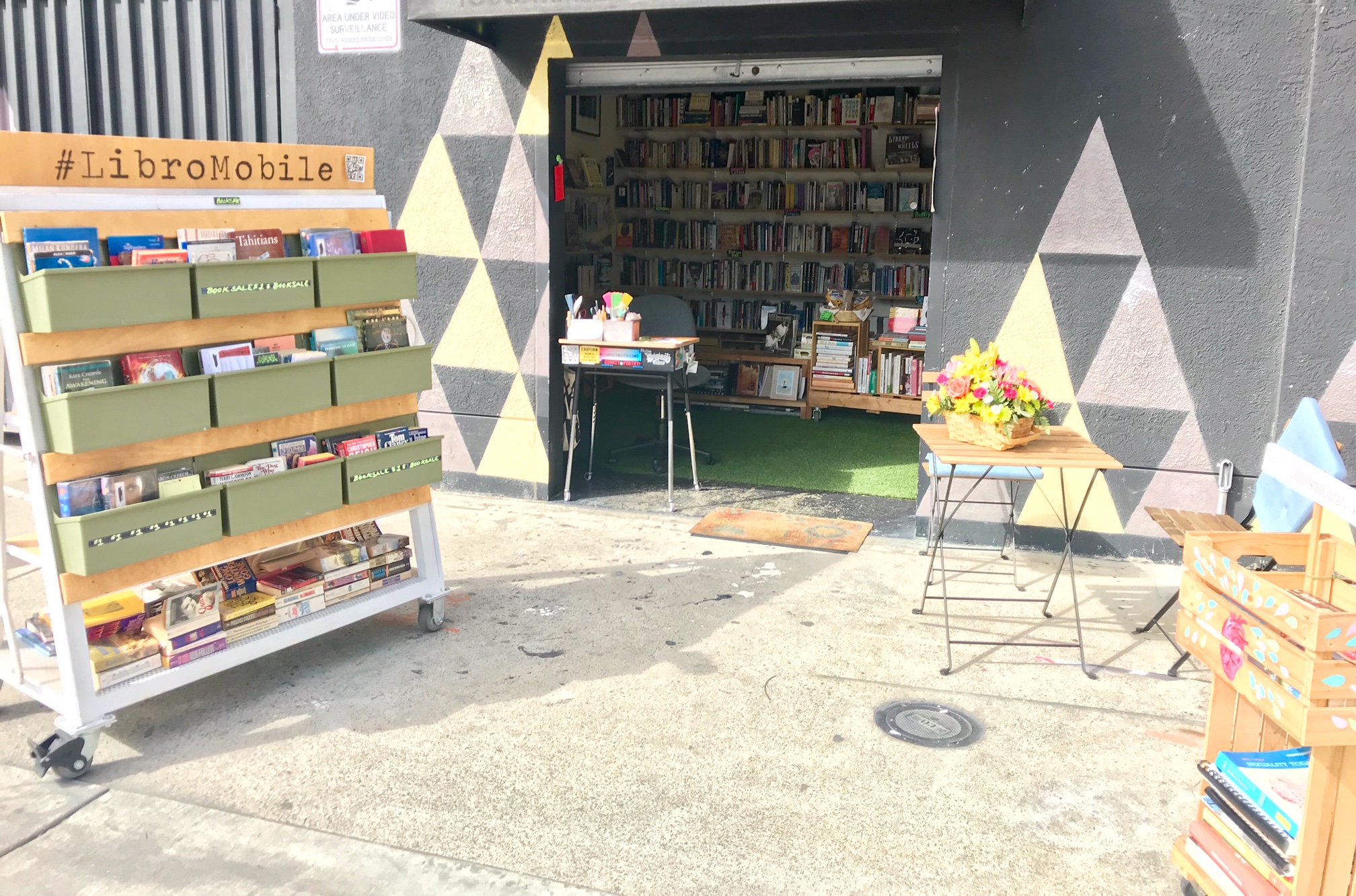 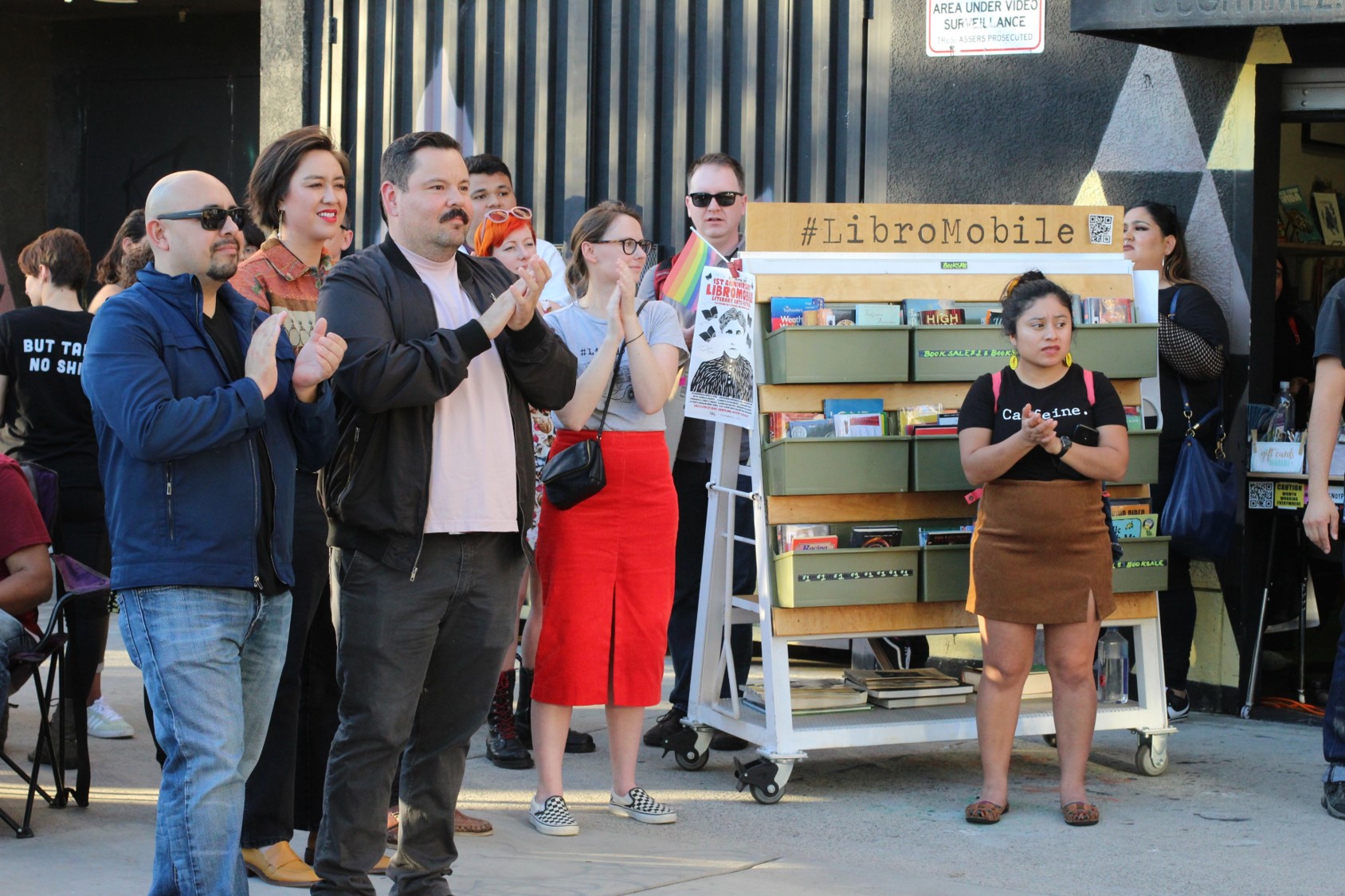 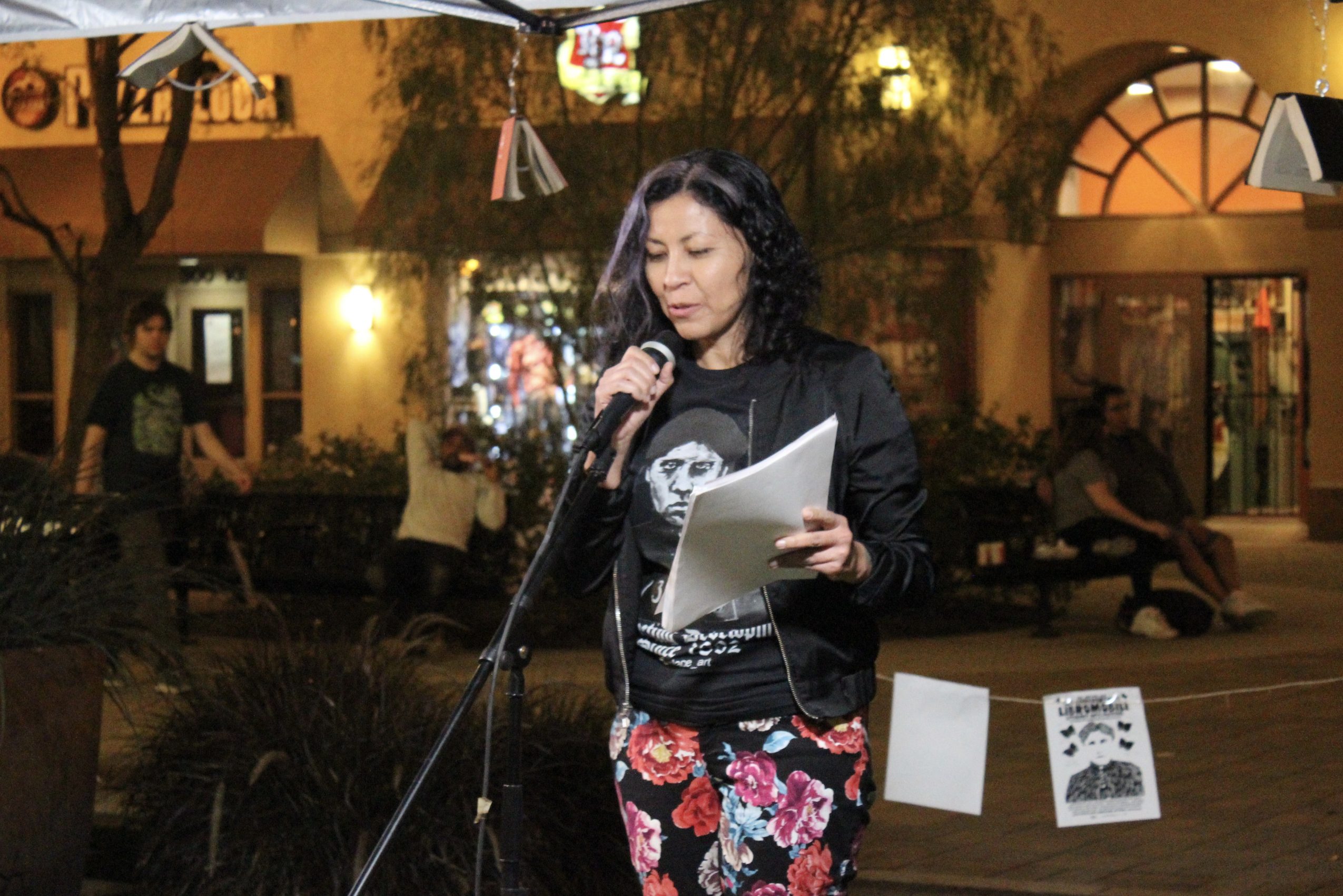 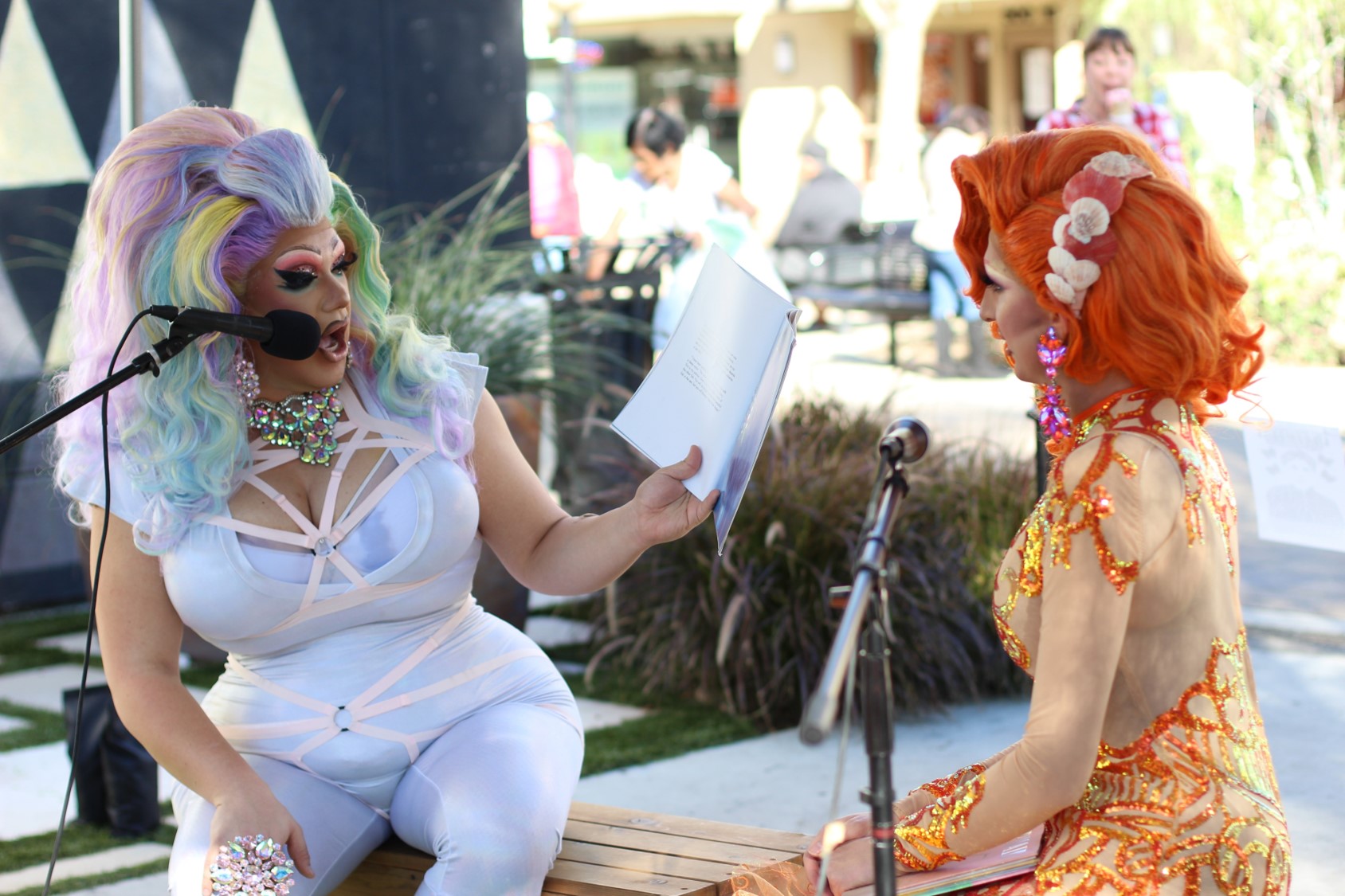 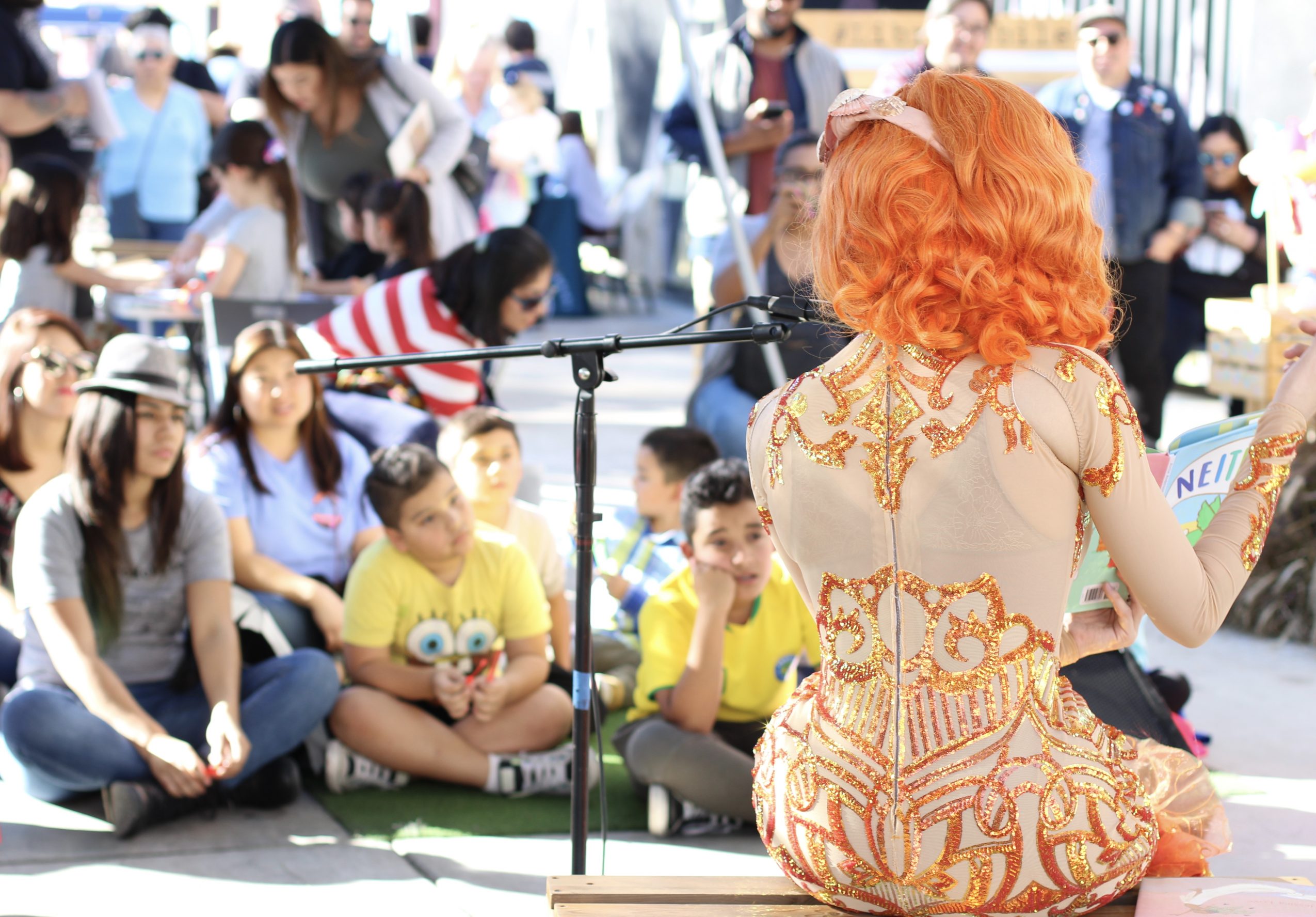