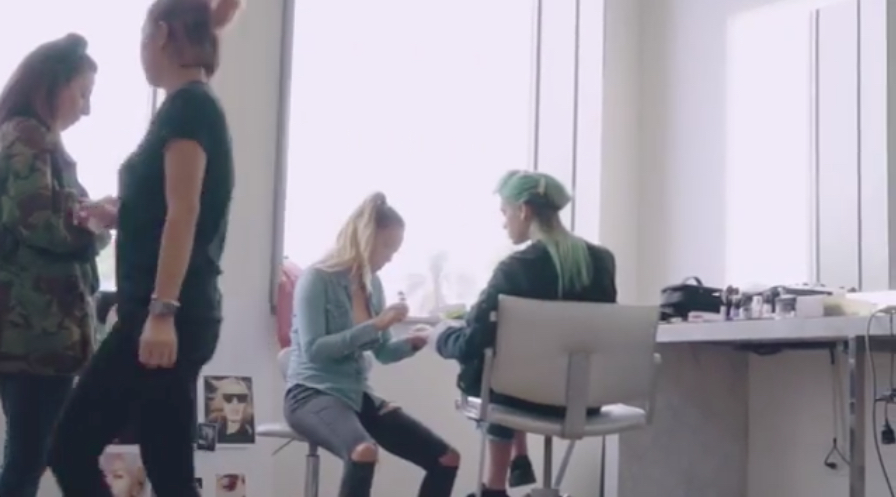 Today we’d like to introduce you to Sarah Chue.

Thanks for sharing your story with us Sarah. So, let’s start at the beginning and we can move on from there.
Raised just outside of Detroit, I attended Beauty school for Manicuring part-time during my Senior year of High School in 2006. Soon after obtaining my License, I started practicing at a Nail shop. Over the course of eight years at three different Nail/Spa shops, I’ve gained so much experience doing almost everything under the sun from a basic manicure to applying acrylic/gel extensions. Not to mention, all of them in between like getting my license in Cosmetology and Barbering as well, crazy right! With that, along with Manicuring, I performed individual lashes as well as servicing Body Waxing, Eyebrows, and Men’s Barbering.

Fast forward, I decided to up and leave abruptly for LA in March of 2014. I felt like I hit the ceiling, stagnant, and wanted to continue my growth in a bigger playground. I definitely got what I was seeking. I came to the mecca of entertainment/beauty! There’s just handfuls after handfuls of talented Artists, whether it be in the Hair department, Makeup, Special FX, Photography, Prop Stylists, Food Stylist, you name it, it’s here, and I love it!

I began at a Hair Salon doing Nails in Beverly Hills in my little corner. While there, I began working aside from the salon doing test shoots with other Artists to build a portfolio displaying my Nail work in an Editorial and Beauty sense. In the midst of that, I’ve encountered great connections who’d then fetch me professional work, mostly not paid, to further build my portfolio, then too, later turning it into a website of mine down the road. Nine months later, I decided to leave the salon as I wasn’t able to juggle it all anymore. I was fortunate to have found my current Agency, Exclusive Artists who had taken me under their wing to represent them as one of their Artists in their Manicurist Department.

With dedication, sacrifice, and persistence, I am able to freelance Manicuring, all around the LA area! I am at sets, trailers, photo studios, client homes, on location in the middle of anywhere, etc. I cannot be grateful enough to be able to demonstrate this form of Artistry as my career. I get to meet so many beautiful, hardworking, delightful people who’s just on their own journeys just as well as myself and everyone else, enjoying each other, crossing paths. I think that that’s beautiful. But above all else, I love to make people look and feel good because we all know, ladies especially, getting your nails done just makes everything better!

Overall, has it been relatively smooth? If not, what were some of the struggles along the way?
Not at all. My transition from the Salon world to my freelancing came with a lot of sacrifices. I’ve done tons of free work to build, and to this day, sometimes I still do. That meant dropping my paying clients at the salon (last minute at times) to fetch for opportunities that may not ever come around again. I knew I had to seize those moments. It was an investment. I drove Uber on the side for a few months (hated it), just so I could have some income coming in for the days I did not make anything.

Please tell us about Nails by Sarah Chue.
I am a freelance Manicurist in and around the LA area. I travel to people’s homes, their hotels, or wherever they are to service any kind of Nail care. I specialize in manicures, pedicures, gels, acrylic/gel extensions, dip powder, & nail art. Aside from doing personal “house calls”, I am also on sets to do editorial work, advertising/campaigns, events/red carpet, (music) videos, film, and etc. I am my own independent Artist, who’s also contracted out with my Agency, Exclusive Artists.

If you had to go back in time and start over, would you have done anything differently?
Honestly, there’s not much I would change. If anything, although I feel everything has its own time and season in a lesson, is to understand my worth a bit earlier than I know now. Generally speaking to everyone who’s their own business, is to not sell yourself short. Know how much you’re worth and charge it. 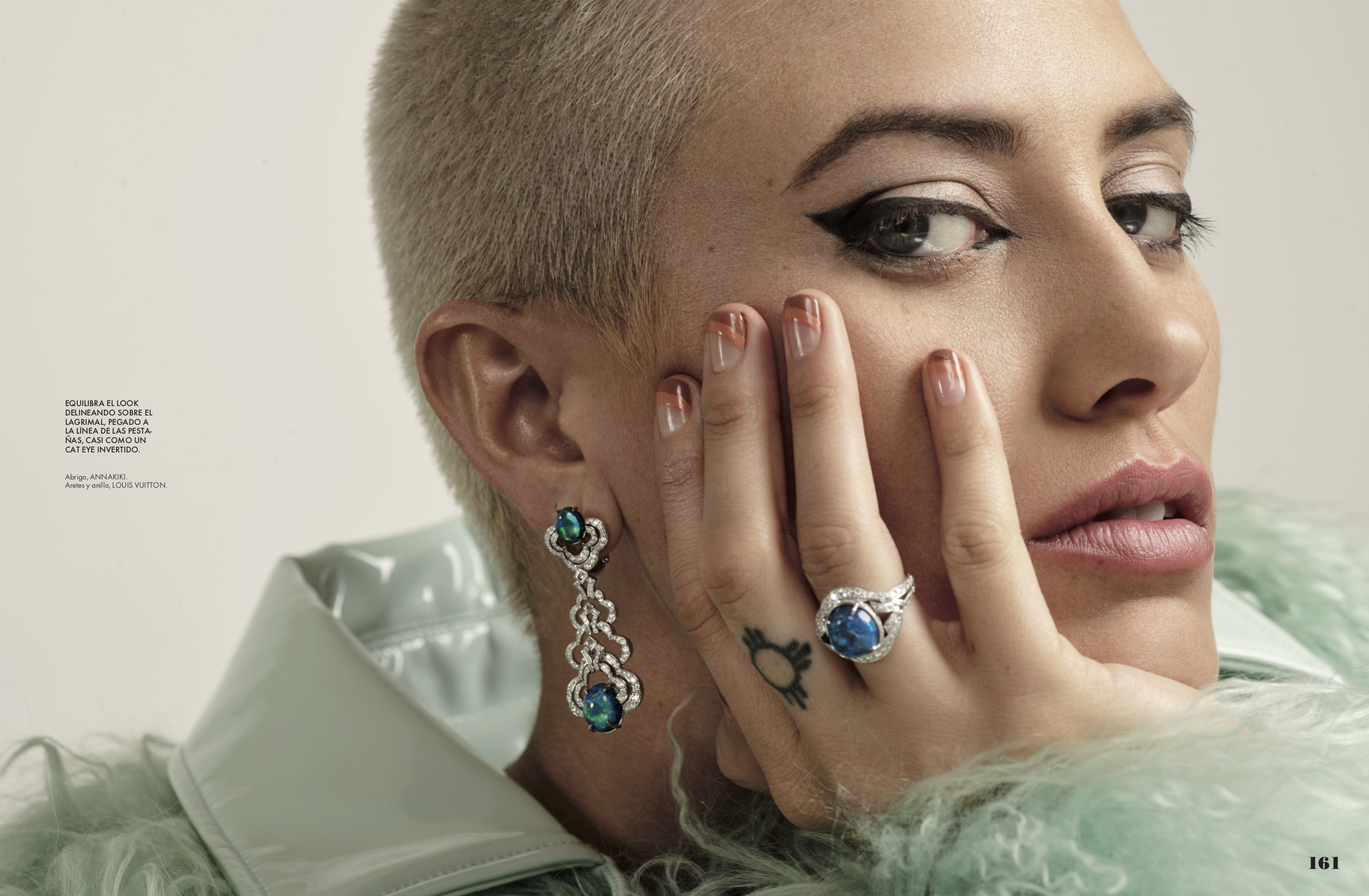 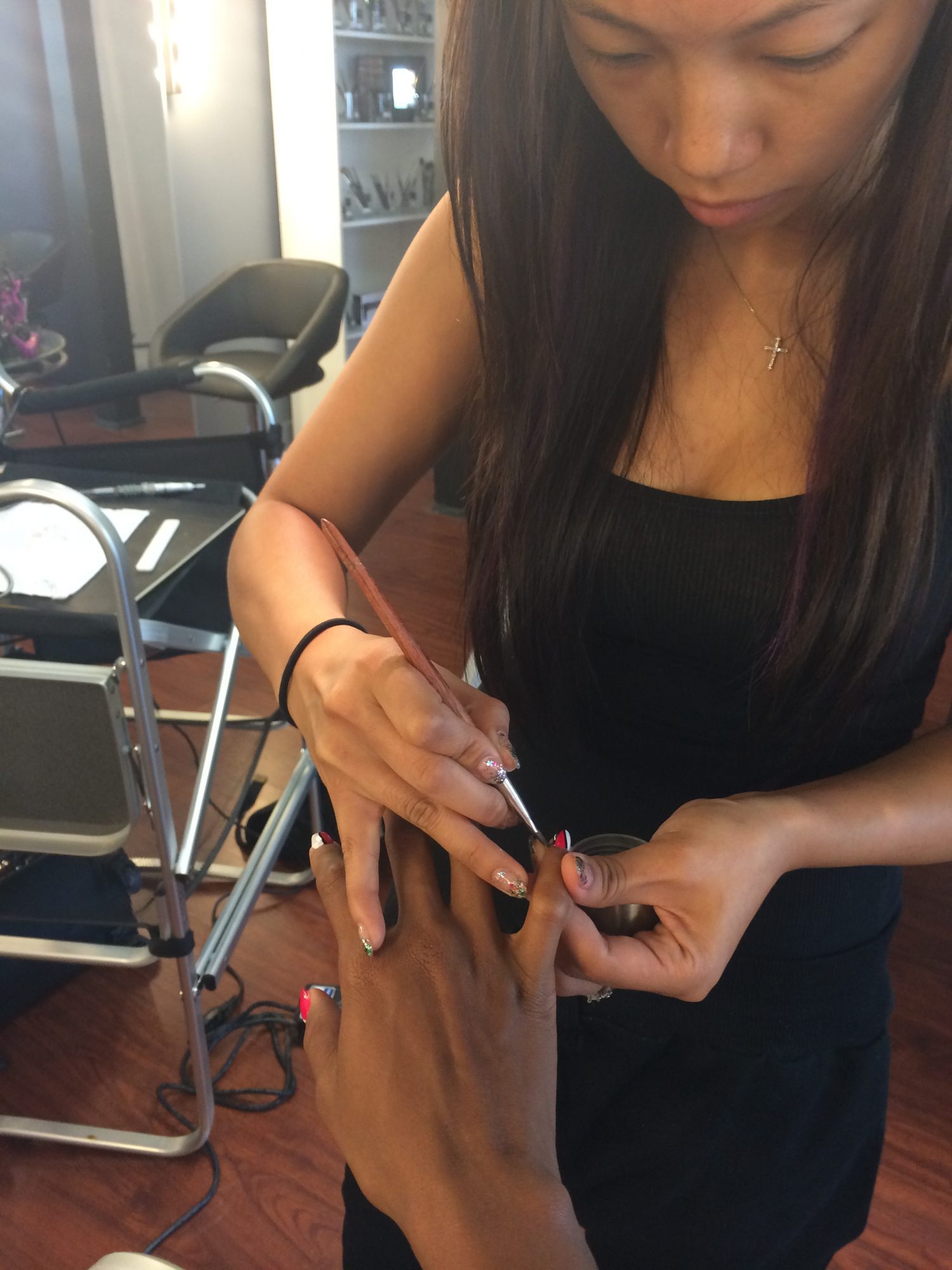 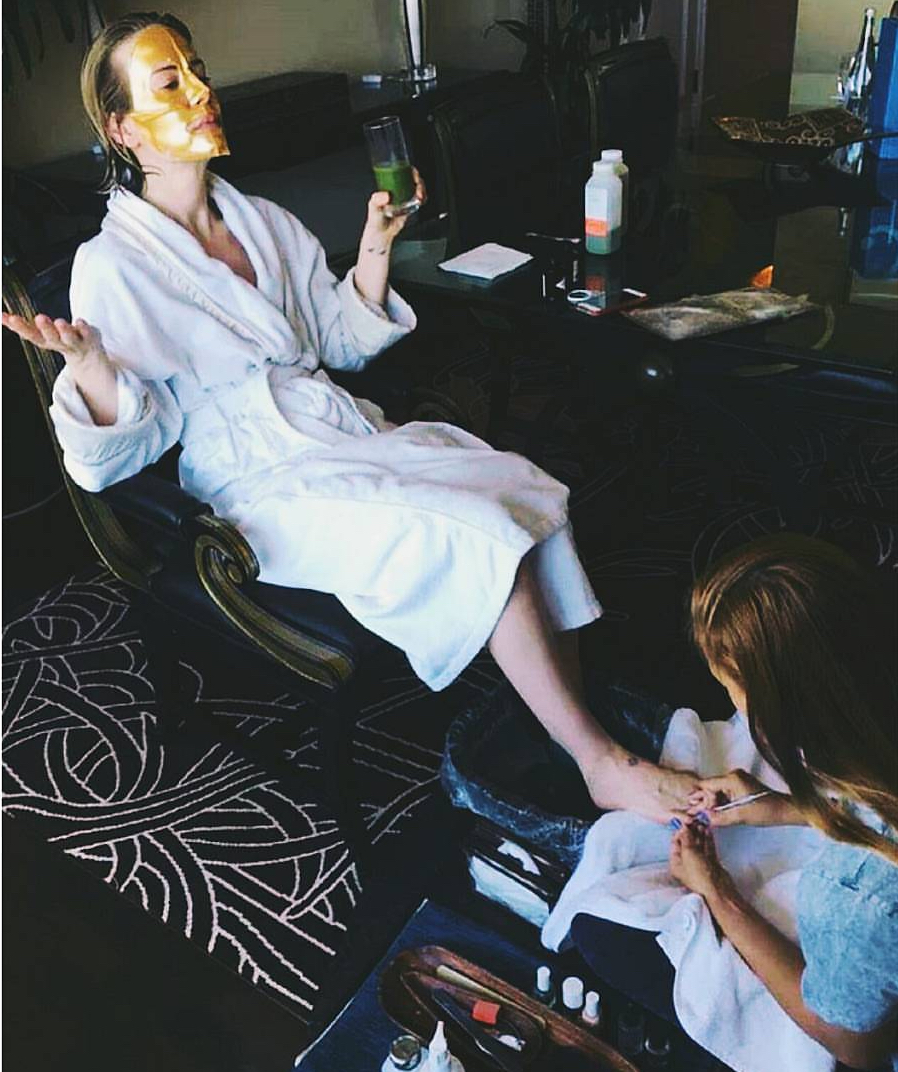 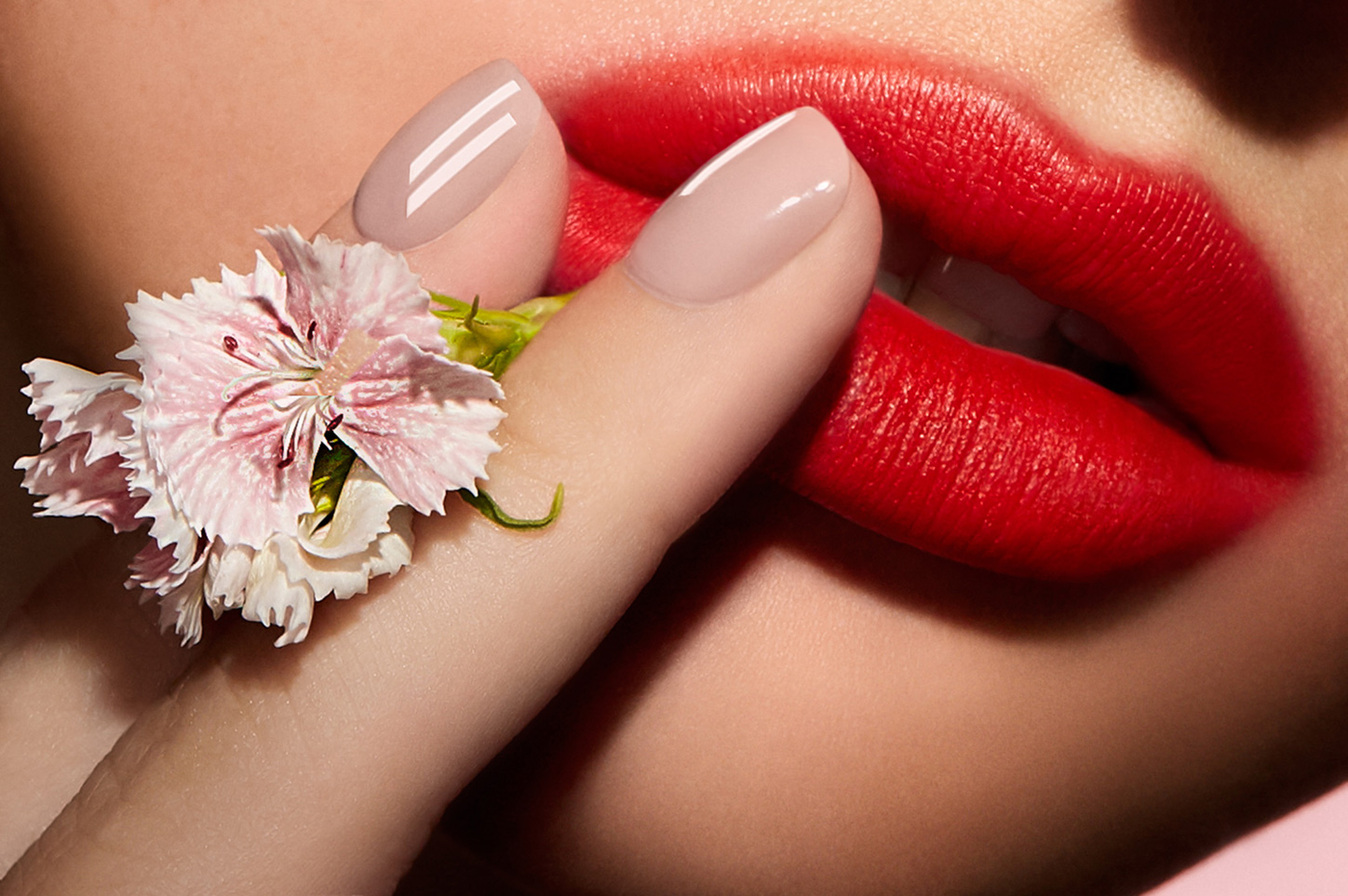 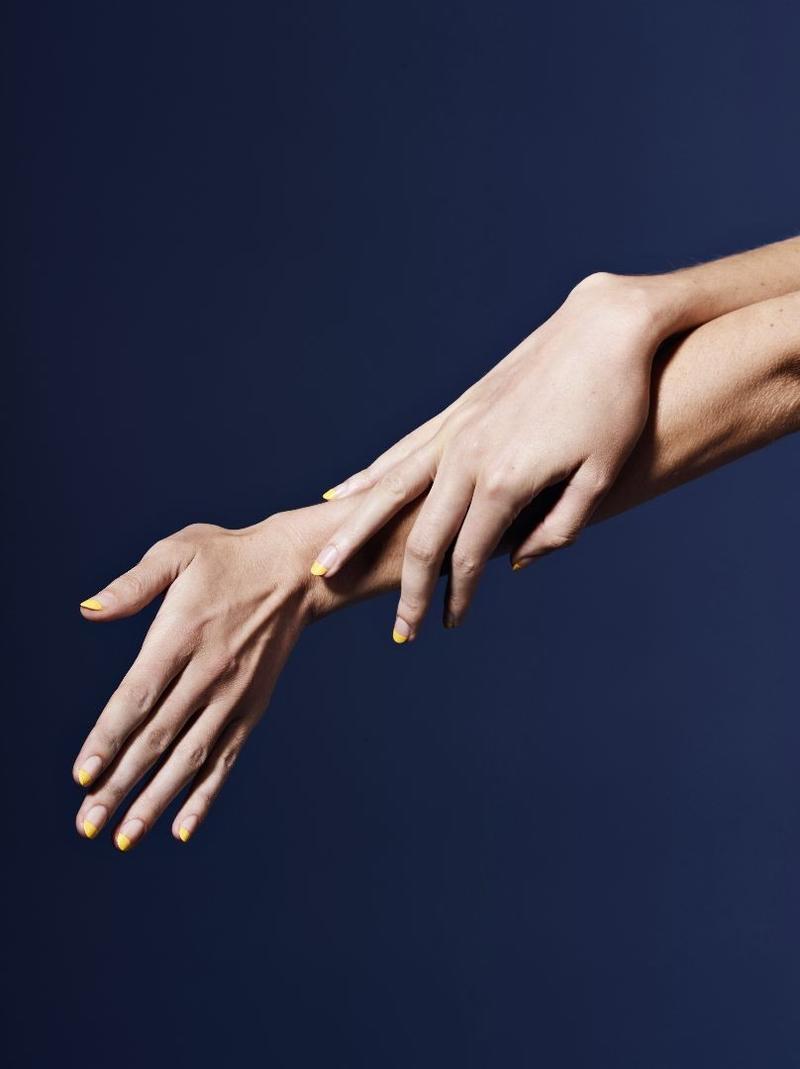 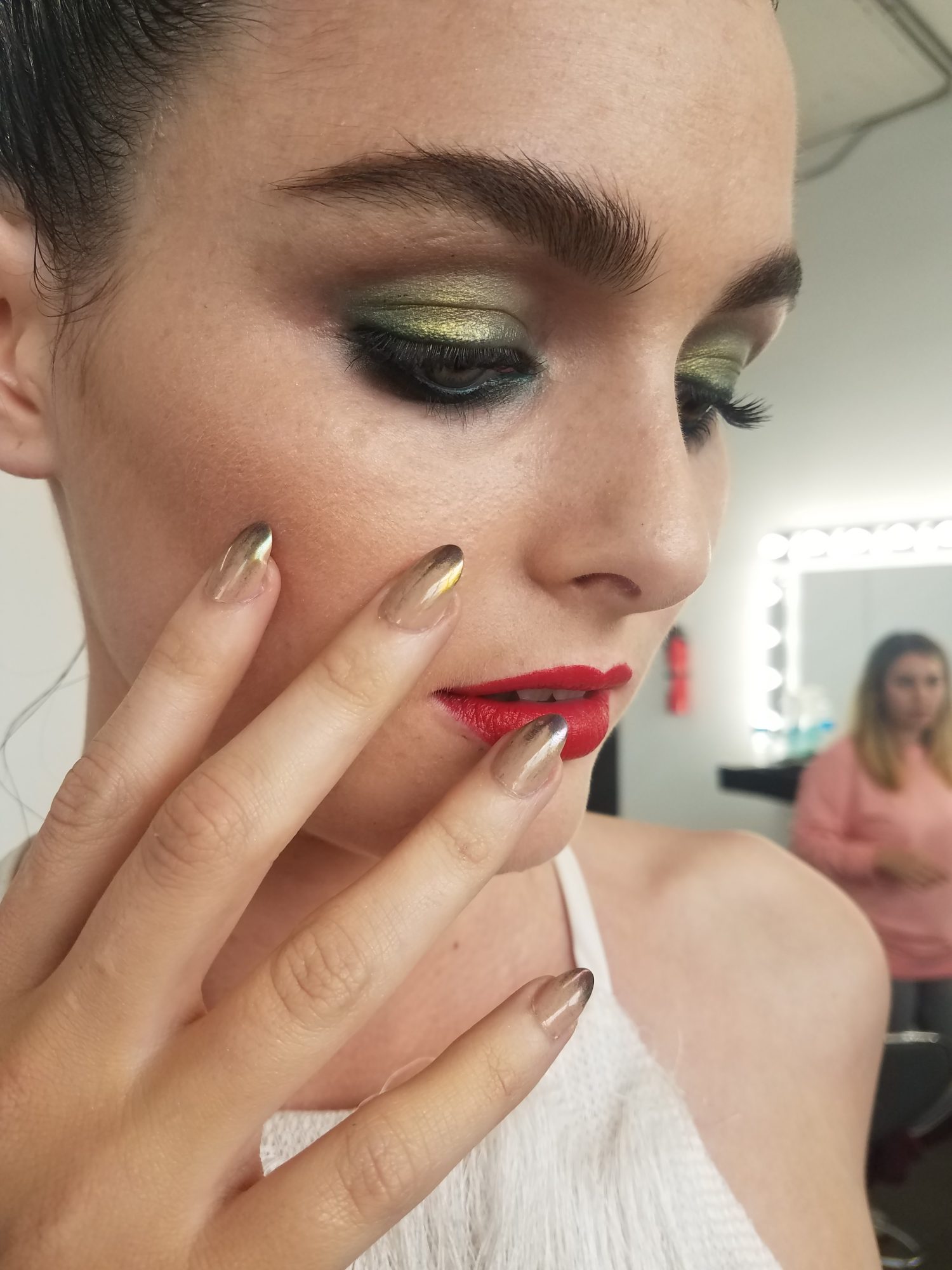 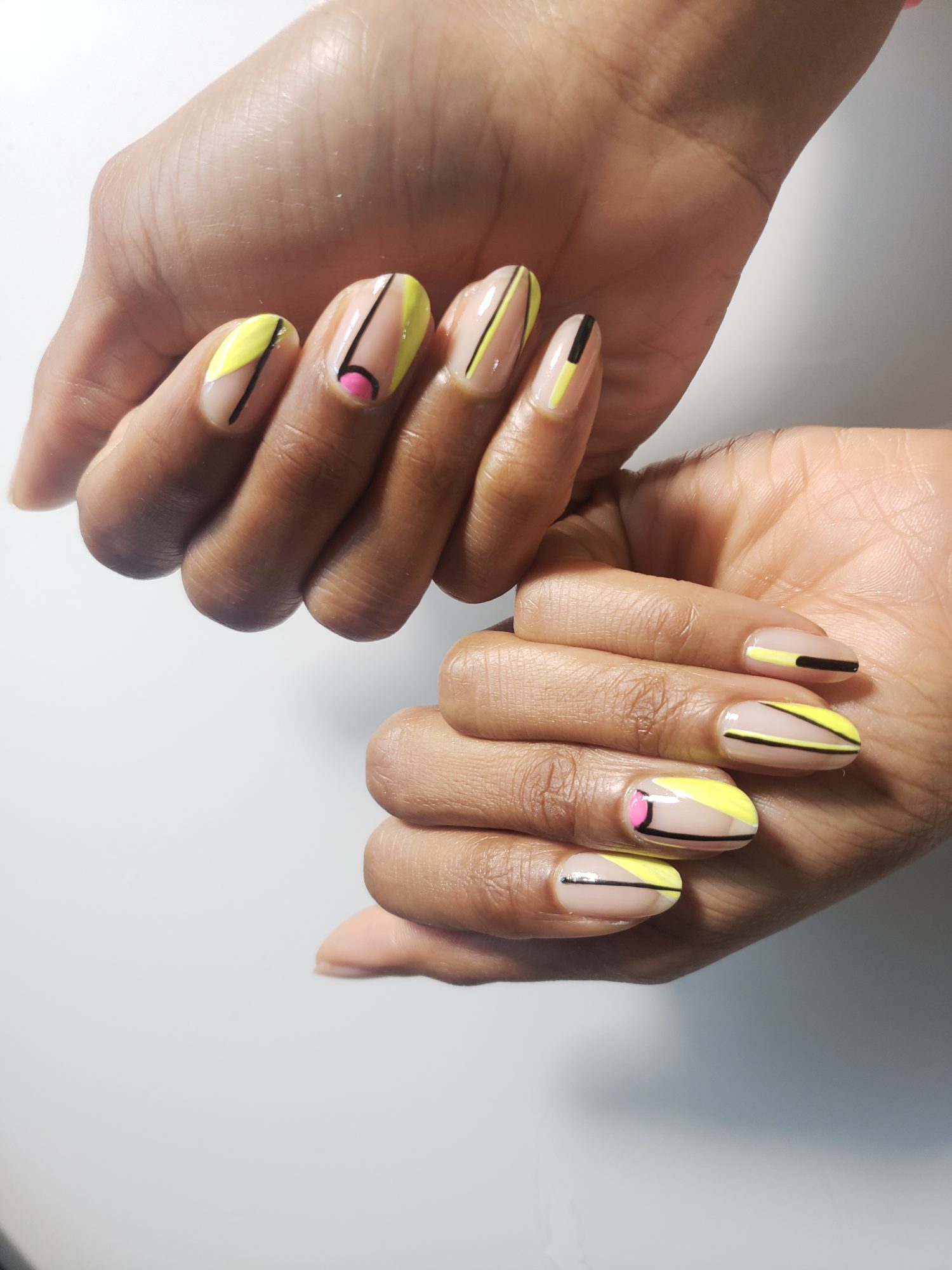