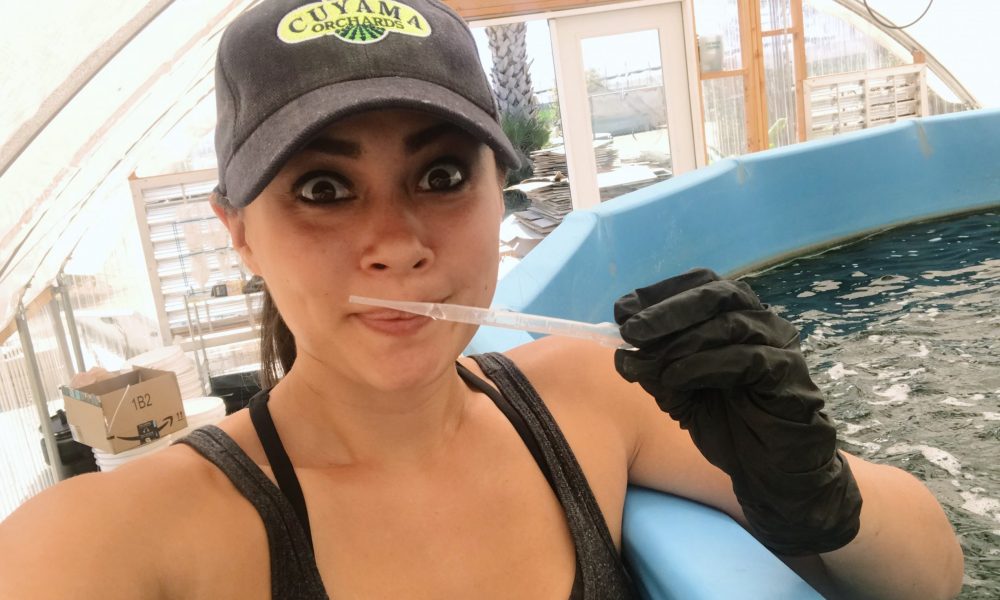 Today we’d like to introduce you to Sarah Ball.

Thanks for sharing your story with us Sarah. So, let’s start at the beginning and we can move on from there.
I am Sarah, a first-generation American on my mom’s side. My mom came here from Vietnam in 1975, after the fall of Saigon. Growing up I always liked to joke that to her, I could be one of three things: a doctor; a lawyer; or a failure. I always struggled with the battle between what I fantasized about doing, and what I knew was expected of me. I moved back to LA in 2014 after not living here since I was eleven, was working in the entertainment industry but it really wasn’t for me.

Agriculture runs in my family. My uncle owns one of the largest organic apple farms in the state of California and I spent so much of my childhood in the orchards and wild places of the Cuyama Valley, about 2 ½ hours north of LA. But I never made the connection between what I loved to do, and what I could possibly do to make money — I’ve always been so dead set on working in a creative field, as an artist, a poet, a filmmaker, or a writer. Being a farmer never once crossed my mind until 2016.

That year, my birthday present from my mother was quite literally a cooler full of baby lobsters. She was so excited because she had hatched them herself: her newest hobby was aquaponics. It was too hard for her to find her favorite Asian vegetables anywhere near her all-white Texas neighborhood, so she started growing them in her garage. When she gave me the cooler, all I could do was roll my eyes. I was too busy to raise lobsters, and besides, I thought it was really weird. Plus, I didn’t have the space and would have to put them in my grandmother’s backyard in Silverlake. I wasn’t interested in devoting any of my time to all this weirdness, but my mom was excited, so there I was with my cooler full of baby lobsters. I set them up at my grandma’s house, then little by little, I started enjoying my lunch breaks spent in Silverlake with my lobsters. I started appreciating the education I was receiving in keeping the little guys alive. Aquaculture was suddenly becoming a fully-fledged interest of mine.

It’s impossible to engage in a hobby like lobster-raising without coming across the statistics of our food supply chain here in America. Turns out, shrimp is the largest imported commodity in the United States after oil. Most of it is imported from overseas, where it’s farmed under conditions we might not agree with. The FDA only checks about 2% of the shrimp coming in, so there’s no way to tell what’s in it. I started to see a real need for there to be an established local supply of fresh shrimp in Los Angeles.

When I called my mom to tell her that I had quit my job and that I was determined to raise marine shrimp full-time, I wasn’t quite expecting the wave of support I received. My mom, who came here as a refugee, worked in a clothes factory, went to night school, and eventually learned English and got her Ph.D., reached into her 401k and gave me the start-up funds for my business. Now, three years later, I have moved from raising baby lobsters in my grandmother’s backyard in Silverlake, to purchasing my own ten-acre farm in Antelope Valley where I am building Southern California’s only indoor, recirculating, sustainable shrimp farm. I am committed to providing local consumers with the freshest and most eco-friendly source of seafood available on the market.

We’re always bombarded by how great it is to pursue your passion, etc – but we’ve spoken with enough people to know that it’s not always easy. Overall, would you say things have been easy for you?
The road definitely hasn’t been smooth. I can’t even count how many shrimp I’ve killed. It’s in the millions. But every time I make a mistake, I learn something and move forward. I am lucky to have such a strong network of support to fall back on. It would be so much harder without my friends, family, and my partner, Kerri.

So, as you know, we’re impressed with Blue Lotus Aquaculture – tell our readers more, for example what you’re most proud of as a company and what sets you apart from others.
Blue Lotus Aquaculture is Los Angeles county’s only sustainable shrimp farm. We raise Pacific White Shrimp in the desert above Los Angeles, in above-ground tanks with recirculating water so nothing is ever wasted. I try to keep this company as green as possible, meaning we minimize electricity usage by filtering the water biologically. By culturing a mix of beneficial bacteria that detoxifies the water, we can convert the shrimp waste into protein that helps lower the need for a commercial pellet feed.

Hormones and antibiotics are also never used, so to keep the shrimp healthy, I use a natural fermentation process to act as a replacement for antibiotics — using fermented rice bran with probiotics allows me to prevent the outbreak of the disease in my tanks, which is something the international shrimp farming community struggles with. The amount of water used to grow shrimp is about six gallons per pound of output, compared to 1,700 gallons per pound for beef, making this process one of the most sustainable farming practices in existence and hopefully part of our collective efforts to combat climate change.

So, what’s next? Any big plans?
I hope to expand to the point where I can reliably service LA’s substantial restaurant market. Right now I have six shrimp tanks and am aiming for fifteen by the end of 2020. Eventually, I’d love to step out onto my property and see forty or so shrimp tanks glistening in the desert sun. I’d love the shrimp farm to be a community space where chefs can host farm-to-table dinners and events, children come on field trips, people visit to learn about aquaculture, aquaponics, regenerative agriculture, and the importance of protecting the Earth and its inhabitants. And I’d love to set up a network for shrimp farmers in the United States. 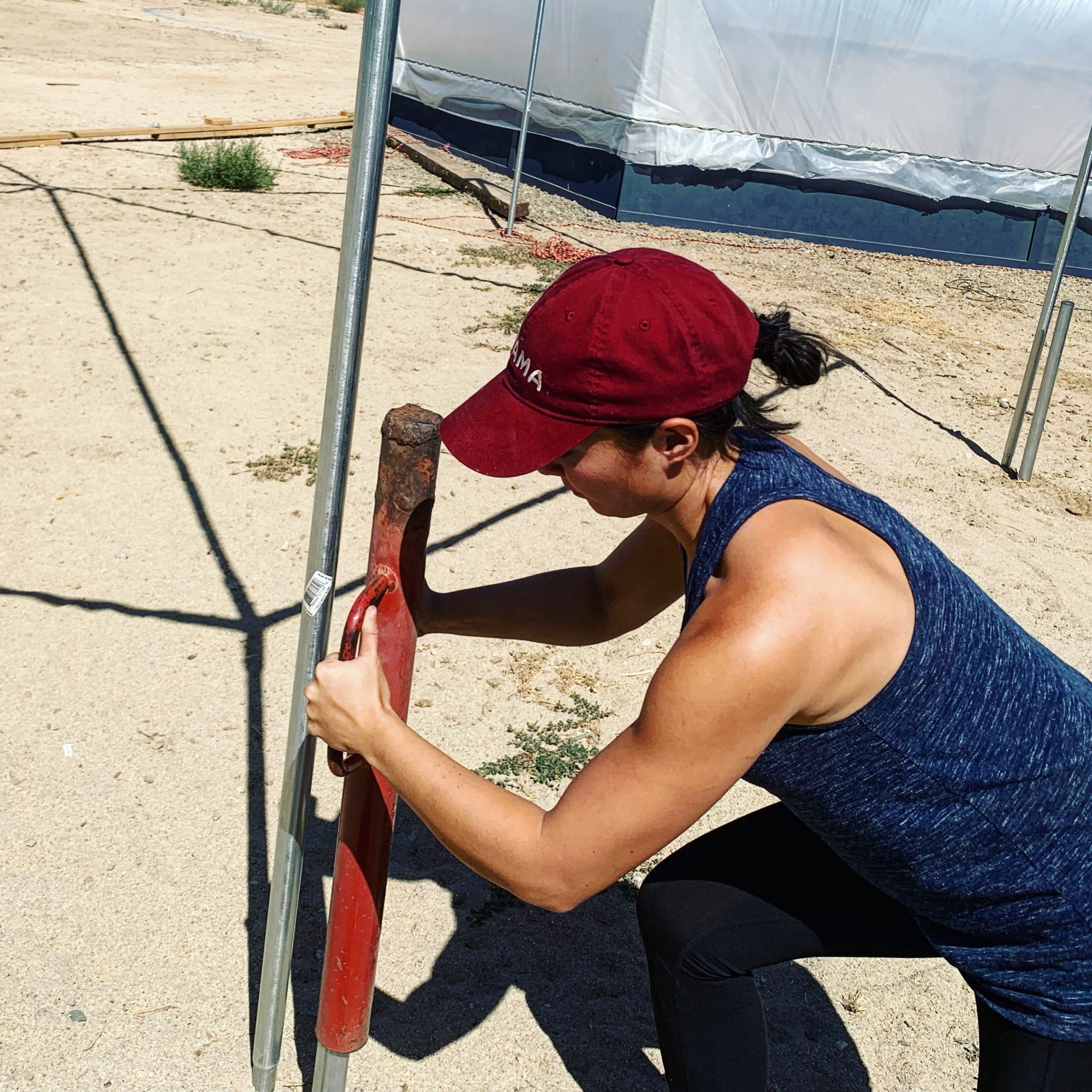 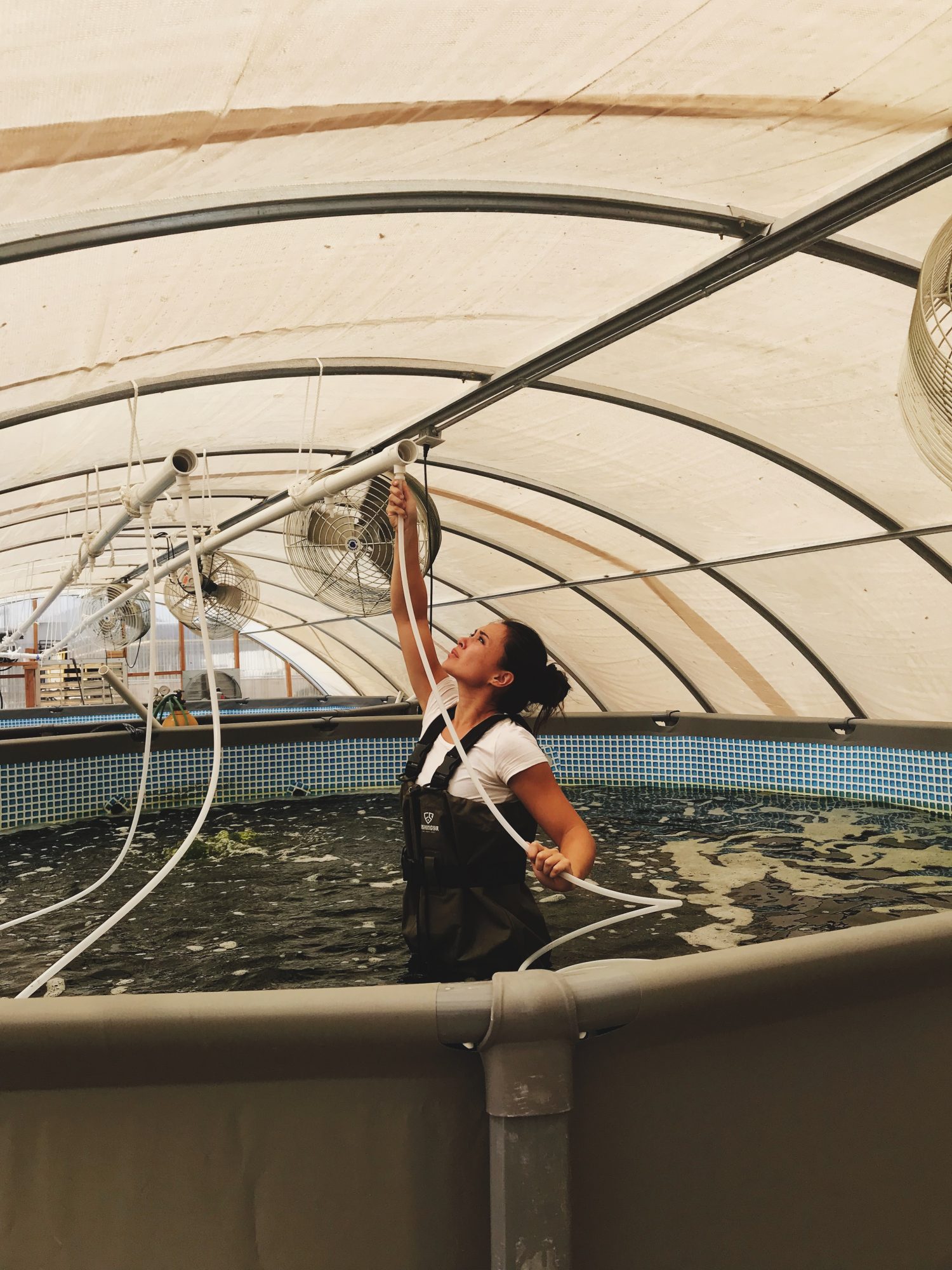 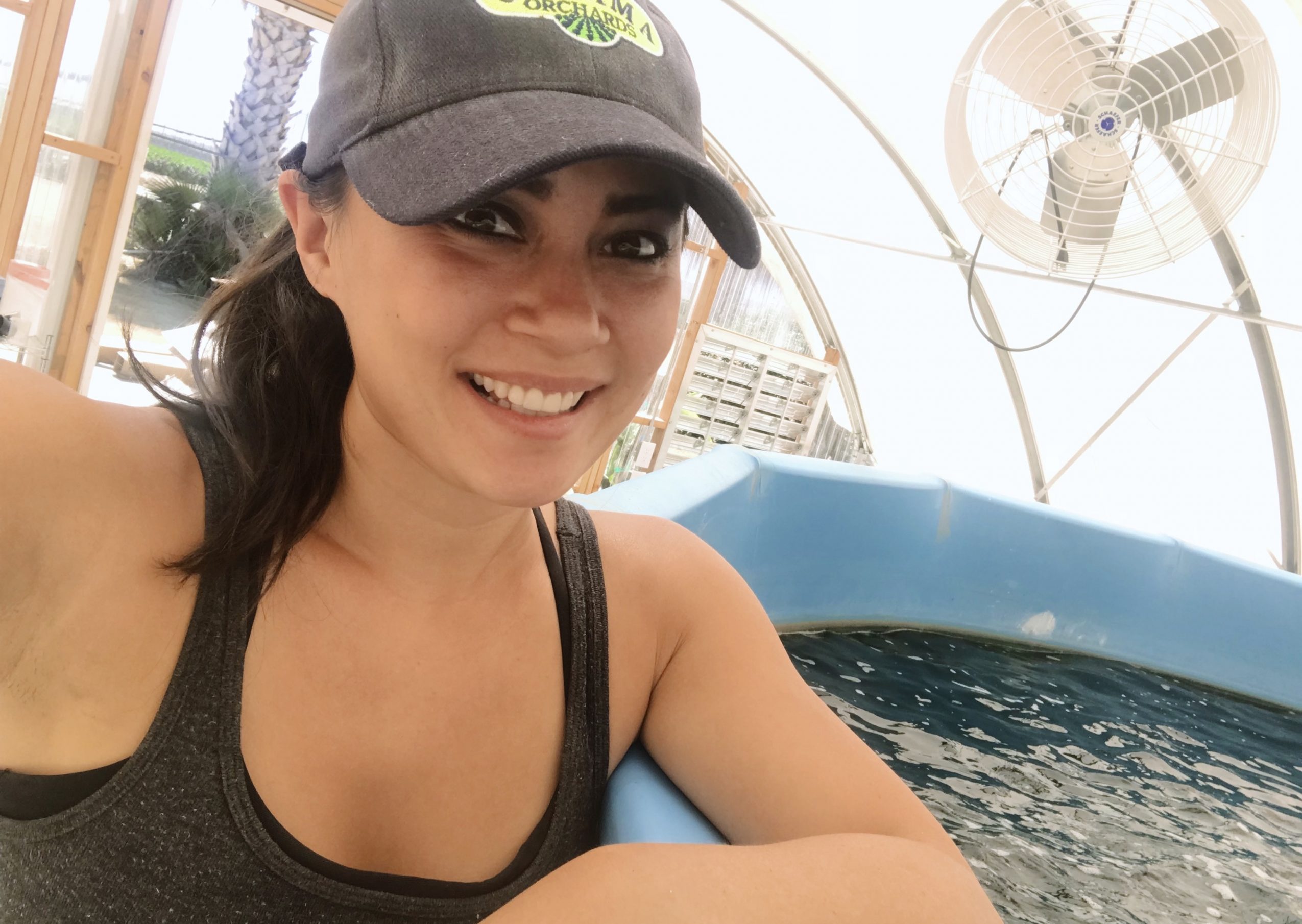 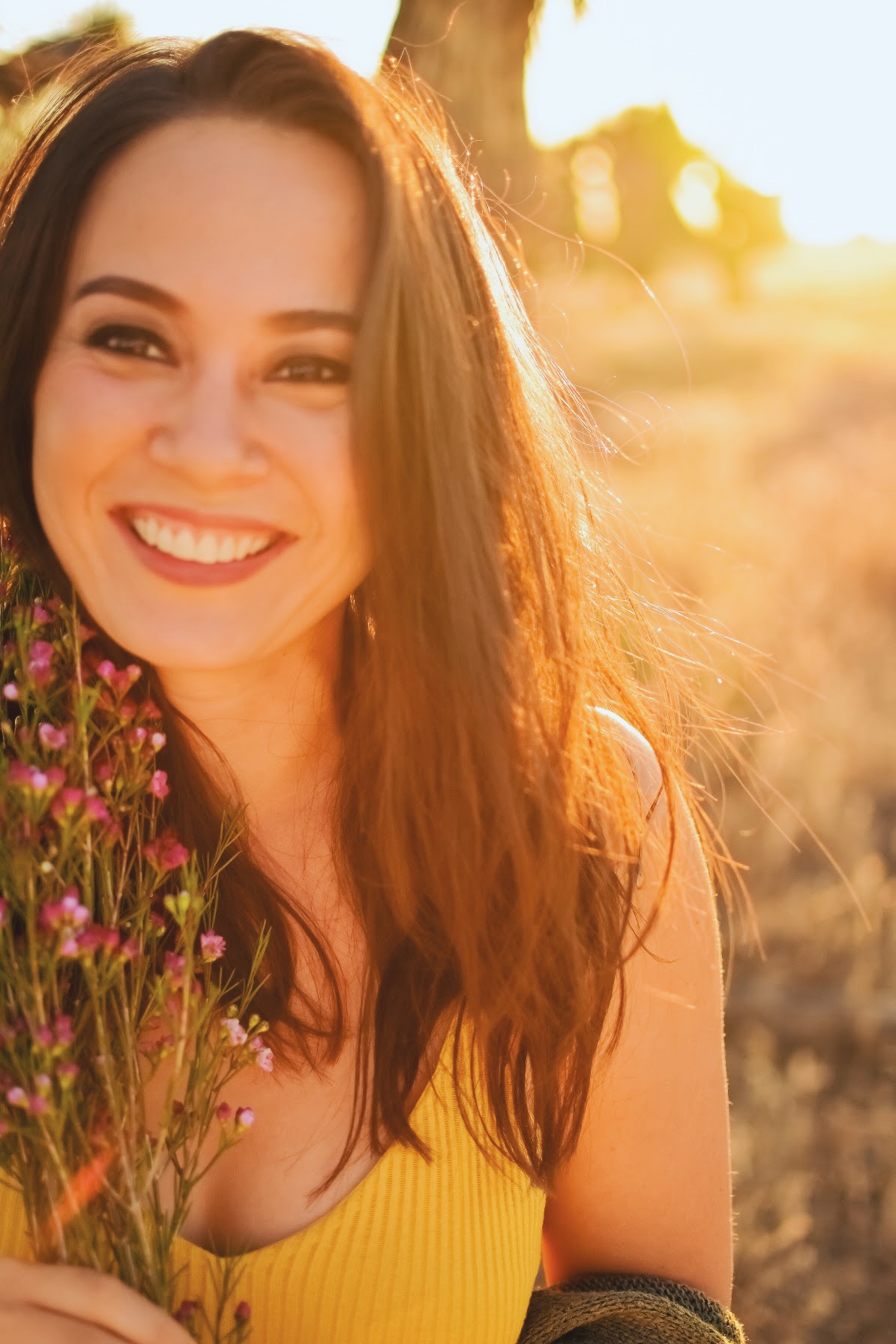 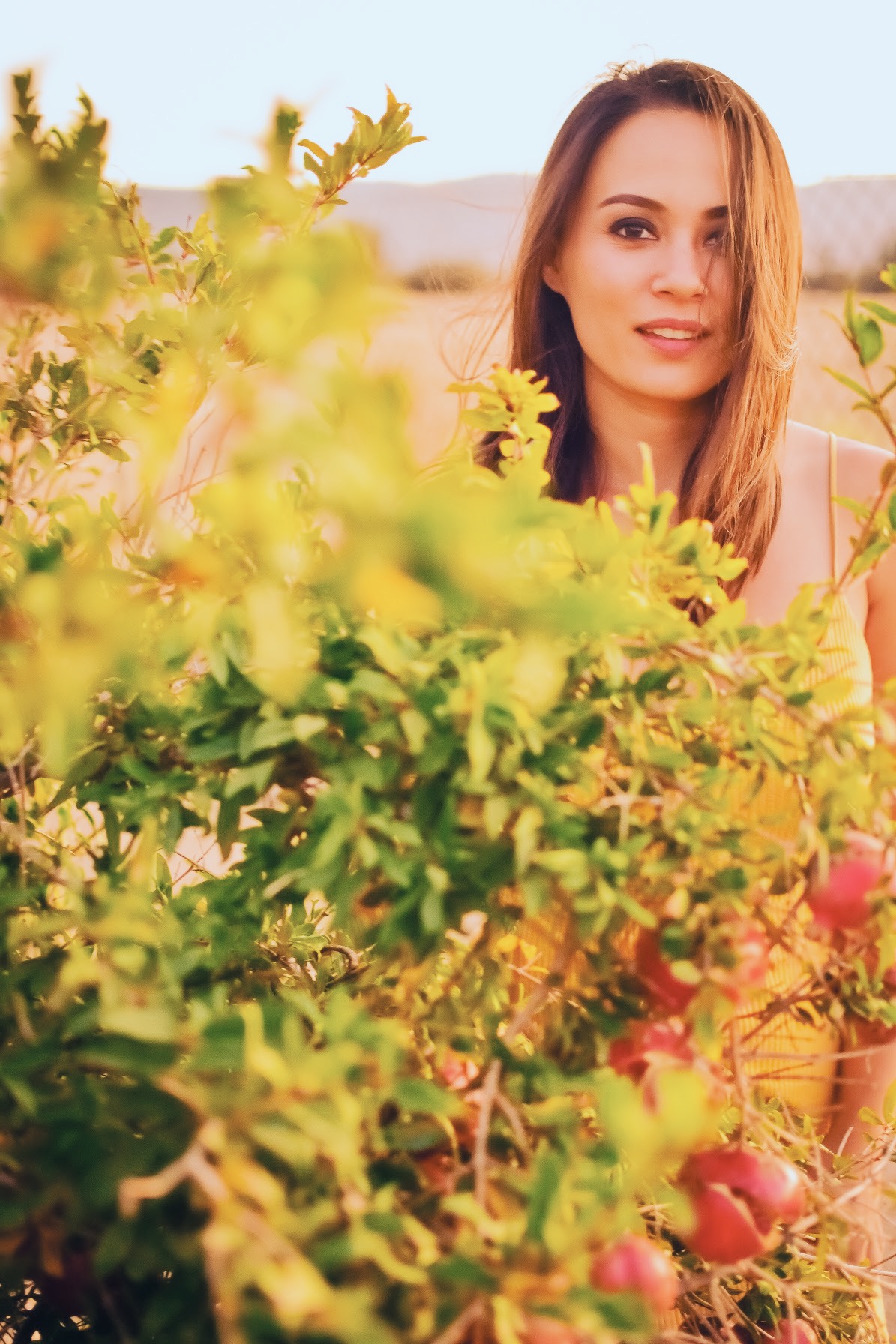 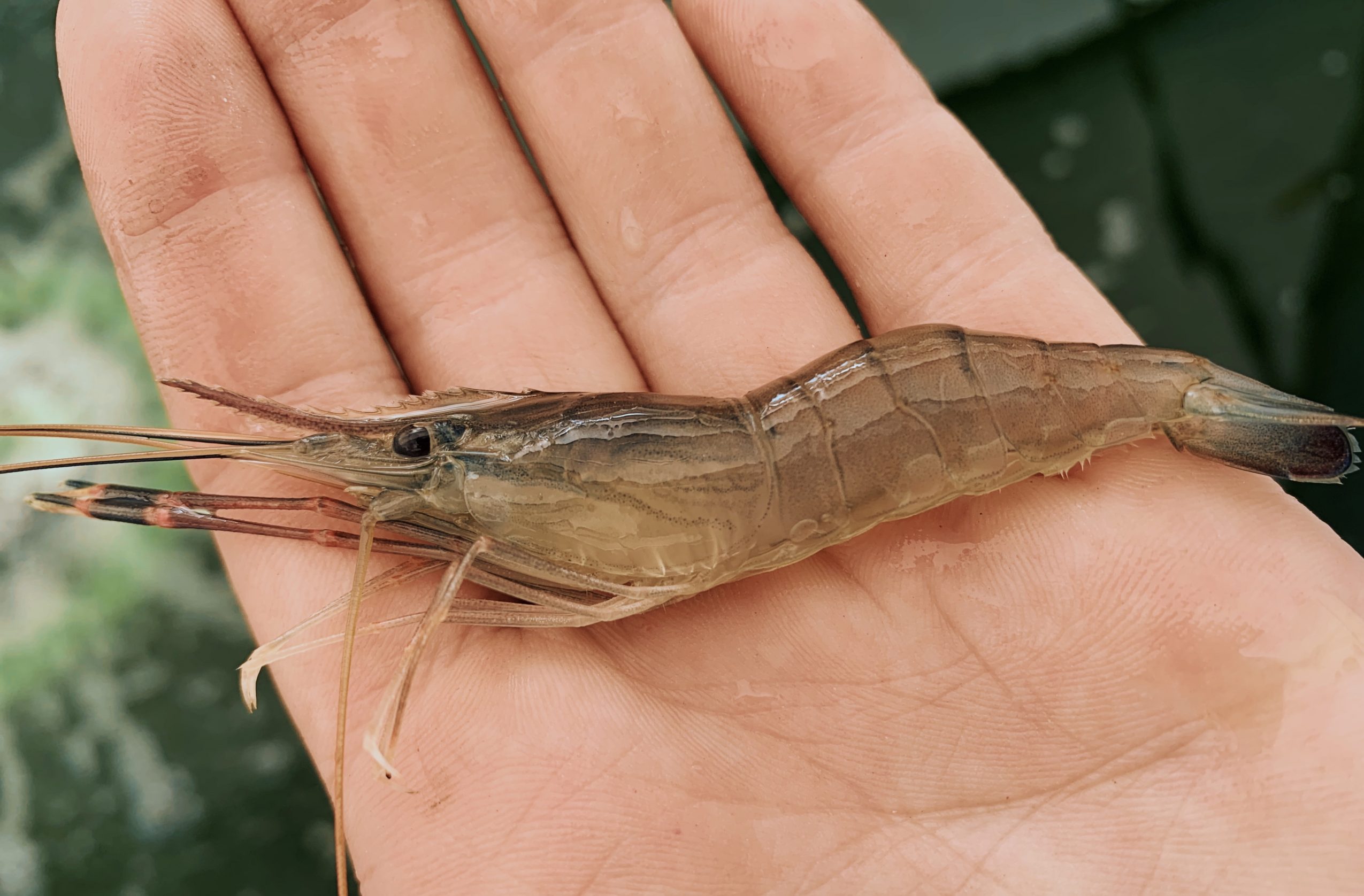 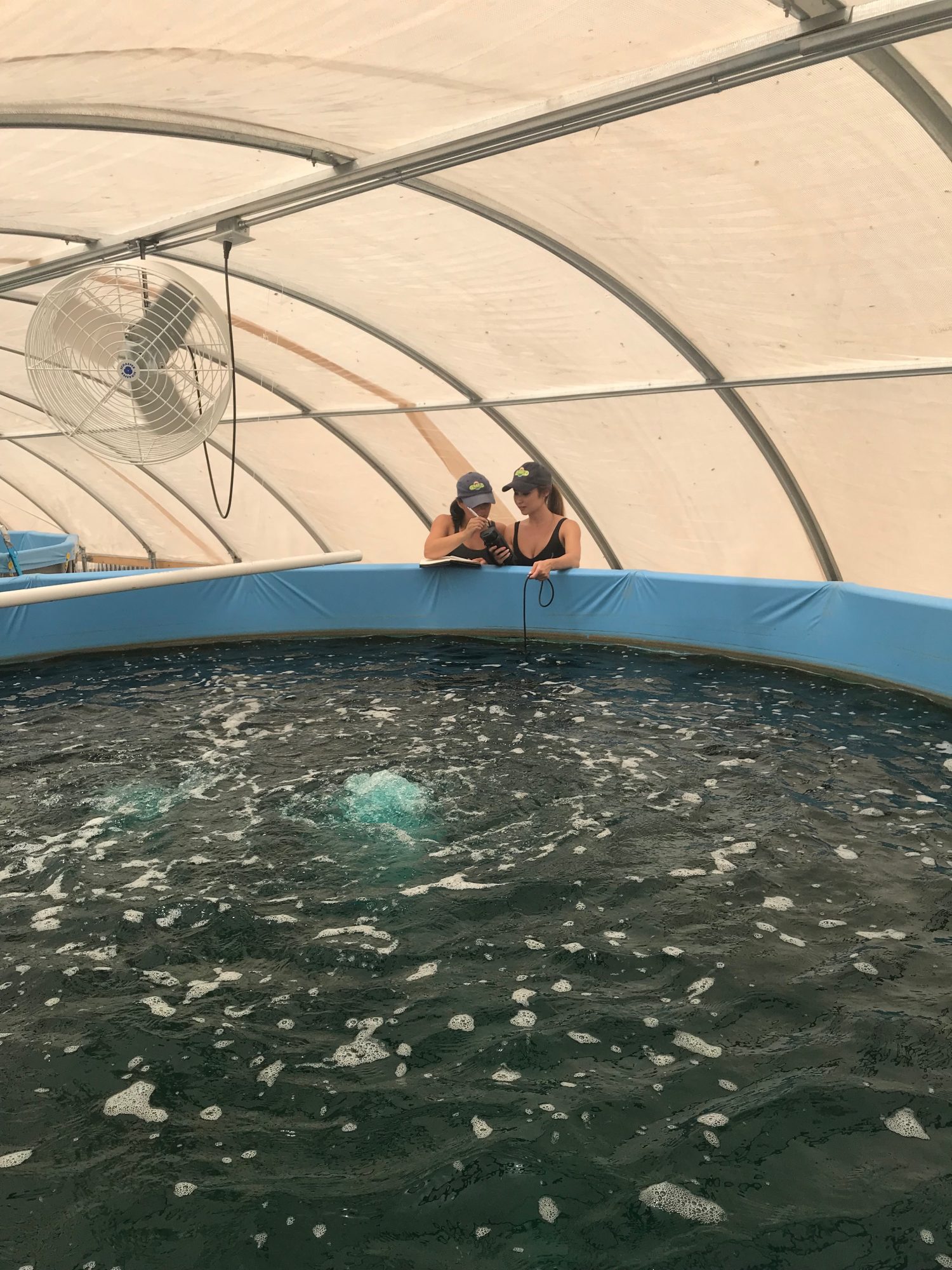