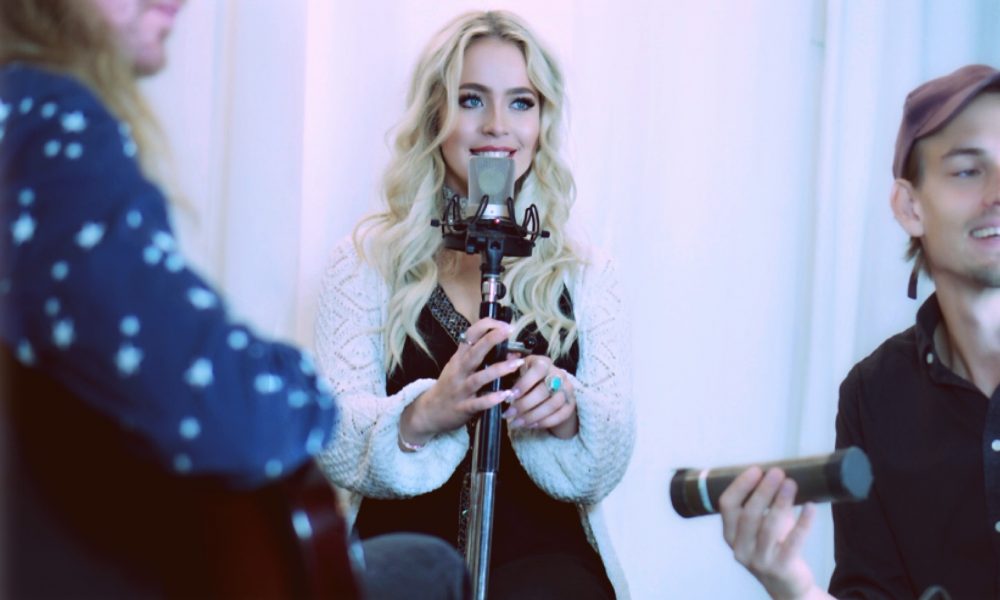 Today we’d like to introduce you to Sara Sangfelt.

Thanks for sharing your story with us Sara. So, let’s start at the beginning and we can move on from there.
My name is Sara Sangfelt and I’m a Swedish singer/artist and songwriter. I’ve always loved listening to music! My mom tells me stories of when I was in her tummy and stopped kicking right away when I heard her play or sing music. My parents knew I was a music baby even before they met me. Our family moved to San Diego when I was six years old and already in first grade I went on stage, performing at a Daisy’s girl scouts show and I understood right away how much I loved being up on stage performing.

Me and my dad used to sit out on the patio playing and listening to music all night long, I guess this is one of the reasons to why I have such a big interest in rock, pop, blues and soul music, finding inspiration from artists and bands like Fleetwood Mac, the Traveling Wilburys, CCR, ELO, Cat Stevens, Queen and Amy Winehouse. I have an almost inexhaustible need to listen to music, likewise, writing and performing music haha… I believe my dream of becoming a singer and artist was born during this time.

When I moved back to Sweden at the age of eight, I went from being a very outgoing kid, loving being up on stage, to a shy and unsure girl. It wasn’t easy to fit in at school, I was used to the CA environment and the positivity and courage that I gained from elementary school in San Diego. It was difficult adapting to my new class in the small village north of Stockholm in Sweden. I struggled with low self-esteem and the kids in school didn’t really help that self-confidence to grow.

At some point, I realized that music really made me feel happy I wanted to learn more about music. I started playing the guitar and the piano, accompanied by vocals and my own lyrics. Music became my life and whenever I got to sing or write, I felt like I was in my own “bubble”, space where I could be myself and free my mind.

During high school, in 2013 I was handpicked to audition to the Swedish TV program “Swedish Idol” (the Swedish version of American Idol). Without telling me, my mom and sister had sent the production team a couple of videos of me singing and the production team decided “surprise” me with an invitation to audition for the jury at Swedish Idol. The TV team “kidnapped” me during a math class, I was shocked and didn’t know what I was about to get thrown into. What an incredible experience it was being part of that show and becoming one of the finalists! I learned so much during the program and the months I spent being part of the show. After “Idol” I made my decision – I wanted to pursue a career in music!

I’ve always thought of music as a universal language. Music can bring you a lot of happiness and strength and when needed, music can be there for you as support or maybe help you shed a tear. When I turned 18, I traveled to Ethiopia with my dear friend and guitarist Mauricio. Our goal was to support an orphanage in the city of Awassa in any way we could, with the main focus on music and spreading joy to the children at the orphanage. It was during this visit to Ethiopia I understood how much music matters and how it can make a change, even when the conditions are distressing.

We saw how happy the children were when we were playing and singing together – it was such a strong feeling and an unforgettable experience. We traveled around Awassa, performing at different orphanages and schools singing and playing with the kids. I made several trips to Awassa after that and realized that even though you can’t prevent poverty and distress, you can support and make small changes in someone’s life and that can make a big difference, I think.

After Idol I got signed to a record label in Sweden, Starlab Publishing, distributed by Warner Music Sweden and finally got to work with like-minded people in the music business and we started recording songs for my upcoming EP release. It was during this time I really started to learn how to write, record and work with many creative minds. I released my first EP album “Tattoo” in the Nordic countries in 2015. After that, I also released a couple of singles, including a cover of Elvis Presley’s “Good Luck Charm” through my sync label MediaHorse (working alongside “Kobalt Music” and “Elvis Presley Enterprises”) whom I got signed to in 2016. The song was played by Swedish radio stations and it was extremely fun to create a new version of this great Elvis song and to share it with people.

I kept working on my second EP album which was released in 2017 “Cool My Soul” with the single track “I Want You”. The song was later picked up by Swedish National Radio (P4) and became one of the most played songs on the radio in 2017. One thing led to another and I was invited to perform live at the prestigious radio show “Musikplats Stockholm” where me and my band played songs from the newly released EP album. 2017 was definitely an eventful year for me! At this time, I had already decided to move to LA to study music at Musicians Institute (MI) in which I received two scholarships for my vocal talent. Studying at MI had been a goal of mine for a long time.

In the summer of 2017, I was invited to represent my home country Sweden in Russia’s biggest music festival “White Night’s Festival” in St Petersburg. I met many great talents during this Festival including Prince’s backing band The New Power Generation, amazing musicians that I got to jam with at the hotel after the show. I also had the incredible opportunity to sing “Wind of Change” with the legends Scorpions, something I will never forget.

Right after my trip to Russia, I left for LA and Musicians Institute. LA is definitely a city filled with lots of creativity; musicians, actors, and artists, creatives whom I’ve met have given me lots of great inspiration, and now it feels like I am at a point in my life when creativity just flows through my body and I’m breathing music every day.

Great, so let’s dig a little deeper into the story – has it been an easy path overall and if not, what were the challenges you’ve had to overcome?
Haha well, not really… Life is never a smooth road, and music is my life. You have to work really hard to survive and make your dream come true, nothing is free, I guess.

I am a creative soul with a hypersensitive personality, this usually brings a lot of happiness to the table, but it can also cause me lots of problems. I can end up dwelling on things, overthinking, questioning if I’m doing the right thing. Sometimes my emotions make me feel different and alone, but music helps me focus my thoughts on what I love. My personality has caused me depression several times throughout life, but thanks to all the joy I have; a beautiful family who supports me in everything I do, an incredible boyfriend, amazing friends who are always there for me, they really make it easier to get through those hard times.

However, it was definitely harder when I was younger, but now I’ve come to embrace my personality and come to understand that life is a struggle. I feel I am a stronger person today and have realized how important it is to be open about your feelings, and be there for each other, there are so many people out there in the same situation. You never know whose day you’ll brighten with just a smile.

Can you give our readers some background on your music?
I’m an artist, singer/songwriter. I’ve been working in the music industry since 2013 and have worked with many amazing and talented people through the years. My merits include being one of the finalists in Swedish Idol 2013, various radio shows and having had one of the most played songs on Swedish radio in 2017. I’ve played many great venues and festivals around the world including e.g. “Musikplats Stockholm” (where I was invited to perform my latest EP release live at the radio station), Russia’s biggest festival “The White Night’s Festival” in St Petersburg 2017 where I represented my home country Sweden.

My performances were broadcasted by Russian TV channels having about 100 million people watching. I’ve also performed with legends Scorpions and sung with Bobby Kimball from Toto. Last year our song “Riddle” written by me, producer Ian Curnow (Kylie Minogue, Donna Summer) and Ina Reni (German artist/composer) got picked up by the Lithuanian artist Emilija Gogolytė, who participated in the Lithuanian Eurovision Song Contest and brought our song to the semifinals in the competition.

I think I’m most proud of myself for being brave and fighting for my dream to come true. I am proud of what I have already accomplished and I´m looking forward to accomplishing so much more in the future. I am also proud of putting my ideas and stories out there, I often write lyrics about what I’ve experienced in life and how different situations make me feel. I like telling these stories and I hope I’m connecting with people through my words. At the moment I write music in various genres, for various artists. When it comes to my artist project I create in the style of urban pop and soul which I really feel represents me as an artist.

Any shoutouts? Who else deserves credit in this story – who has played a meaningful role?
SO many people!! I don’t think I would have been anywhere today if it wasn’t for all the great support I’ve received throughout my life. I have had many supporters, idols and mentors. First of all, my parents and my sisters, they have always understood how important music is for me. They have pushed me to be brave and not to give up while hitting roadblocks through life. Also, my long-time friend and mentor Mauricio Contreras, who taught me A LOT about music.

And of course, all my beautiful friends, boyfriend and family, they have been there for me in every way possible. They make me a better person every day, honestly don’t know what I would have done without them.

I’ve also had the best teammates throughout my years in the industry. Nicklas Eklund, such a great producer who has produced many of my released songs. Peter Sahlin, A&R at Starlab Publishing who has always believed in me. Joe Berman, the one and only! He’s the co-founder of MediaHorse, such an amazing person with great knowledge and advice. Of course, my dear friend, producer and collaborator Jarl Aanestad who always brings out the best of my creativity. There are so many people I could thank for all the support, but I would probably have to write a whole book for that haha… Truth is, I wouldn’t be me with any of you.

I’m really looking forward to the future, writing songs, releasing more music and playing shows. It’s what I love the most! 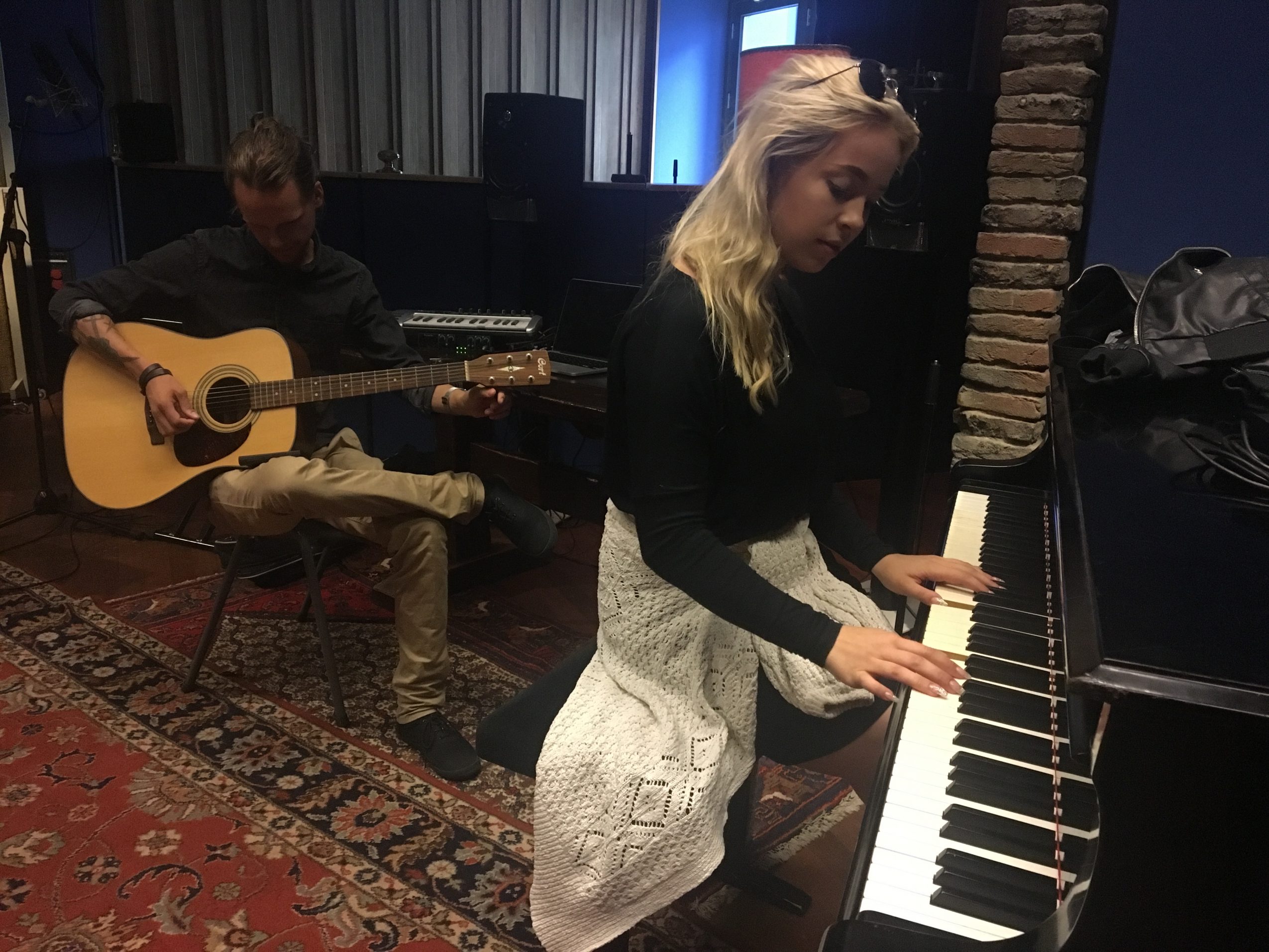 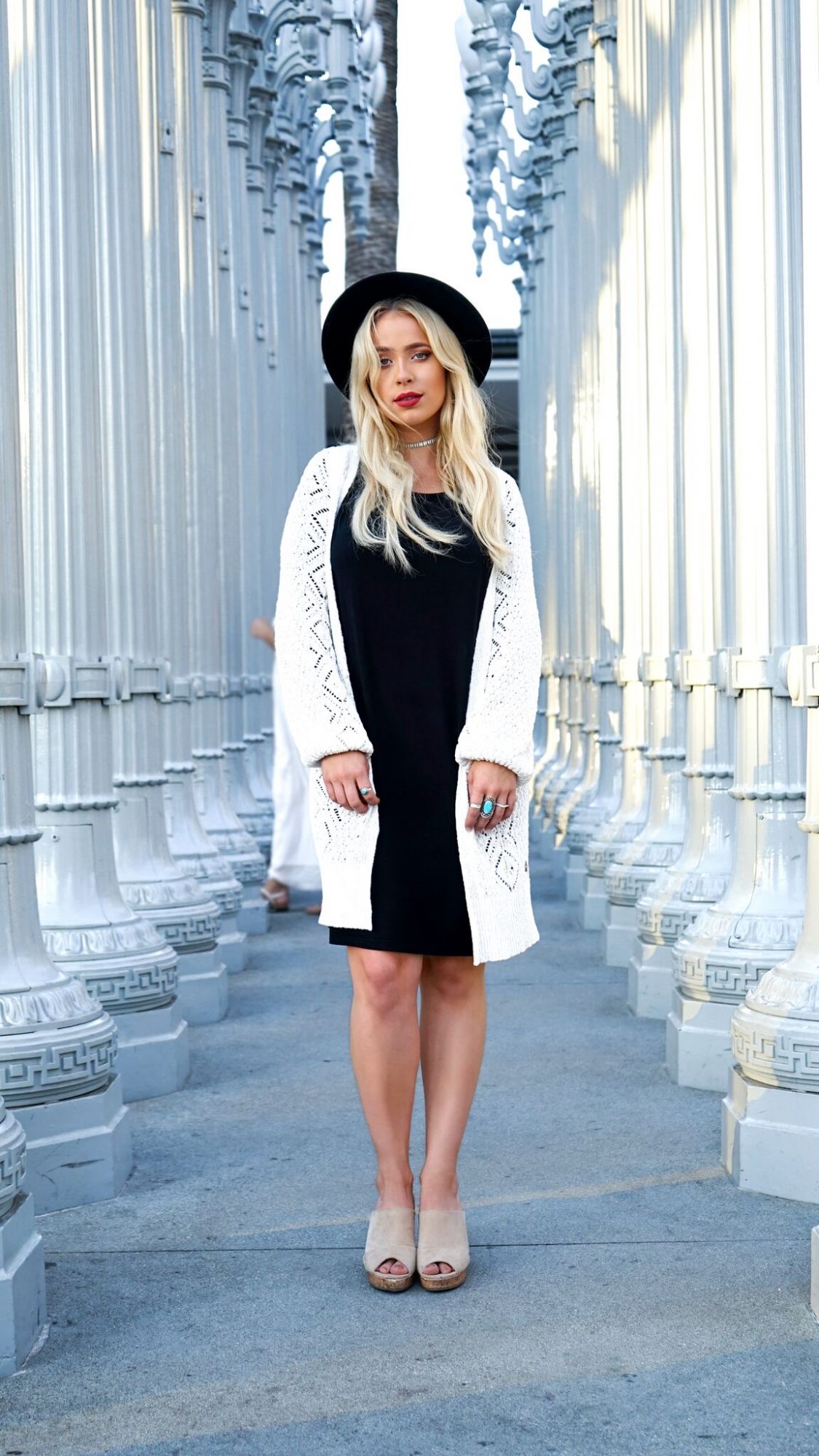 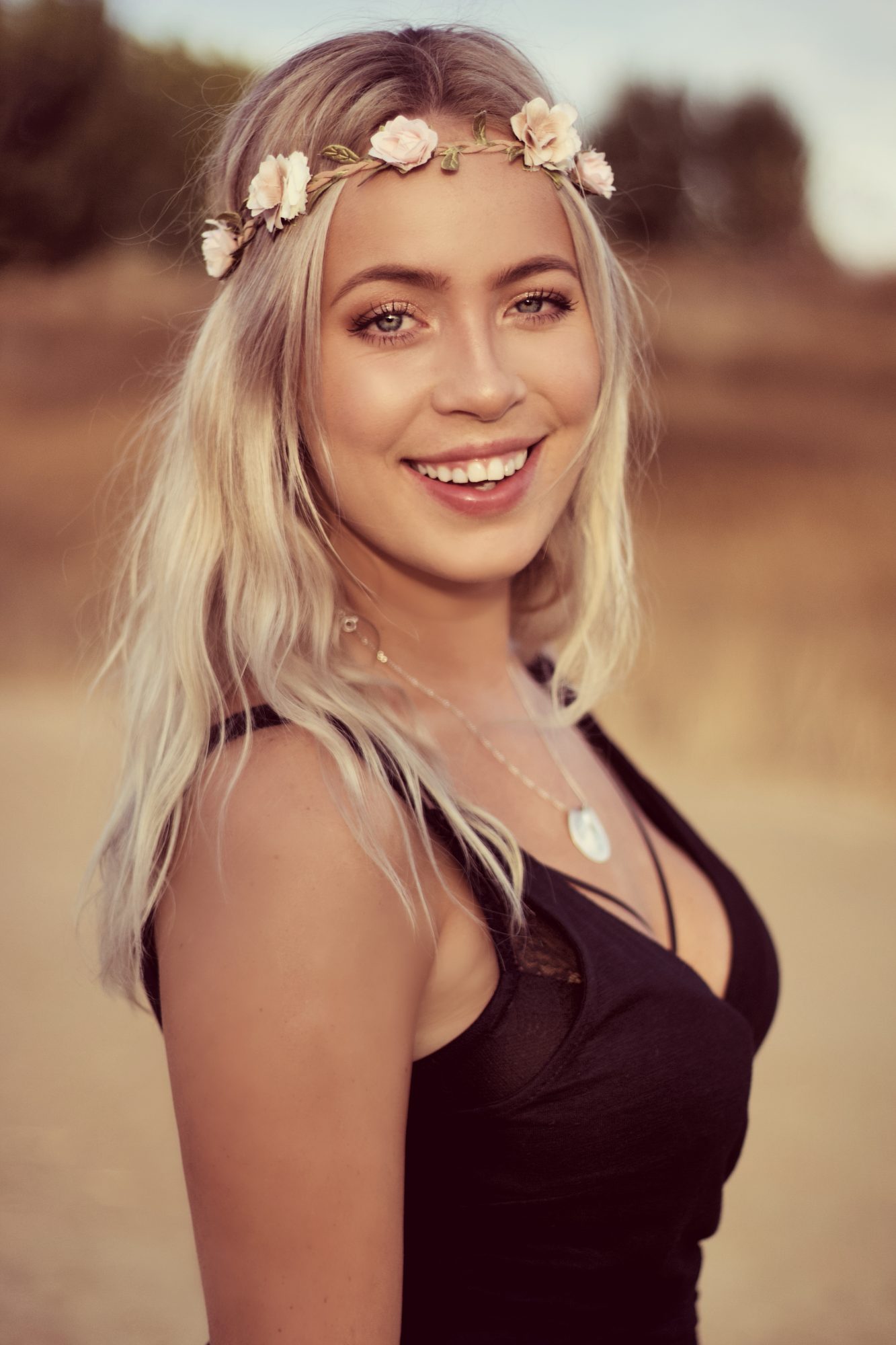 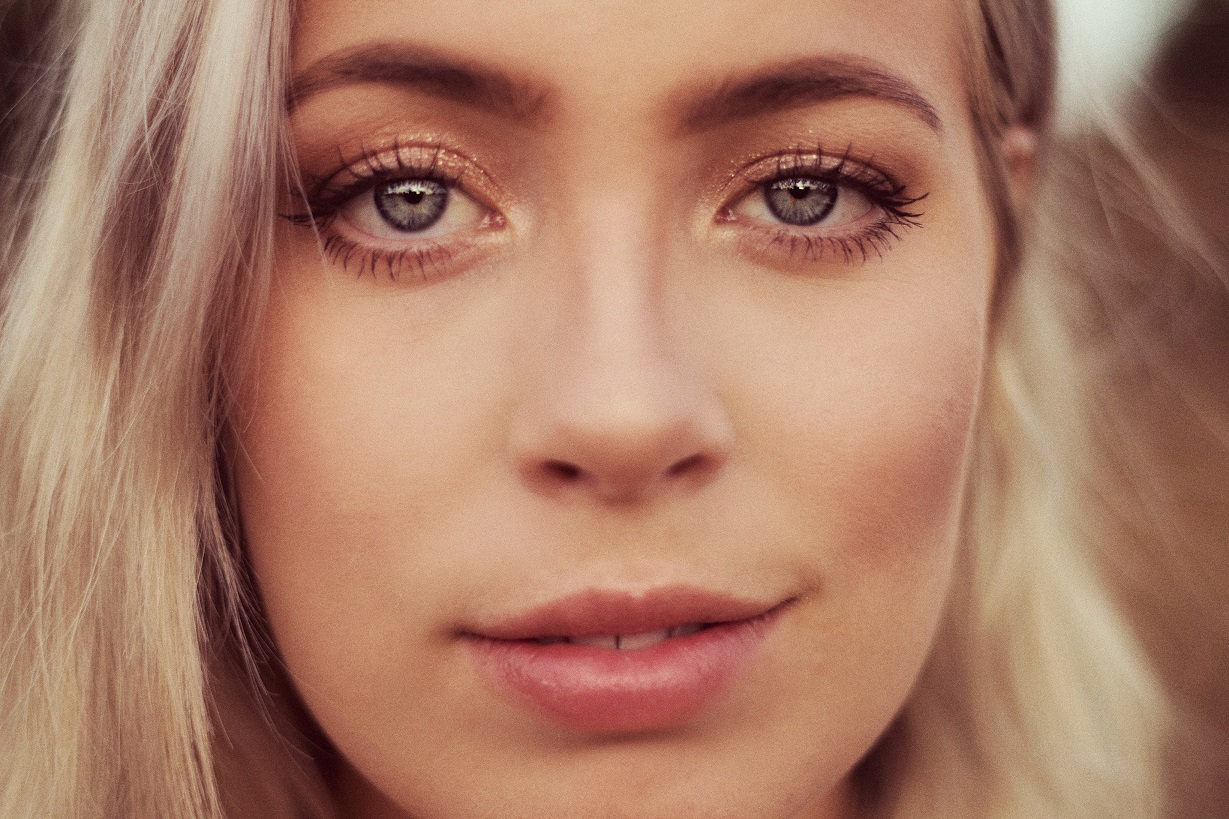 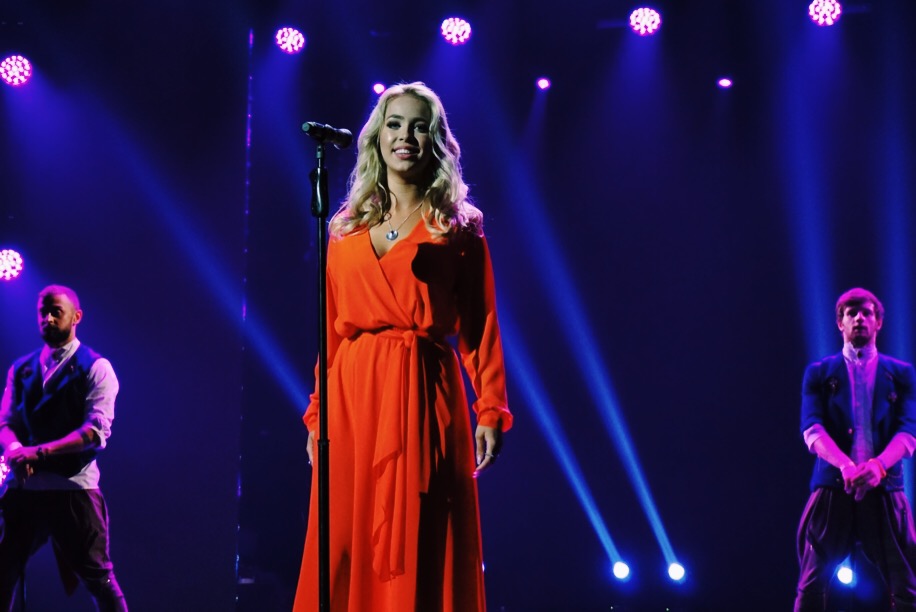 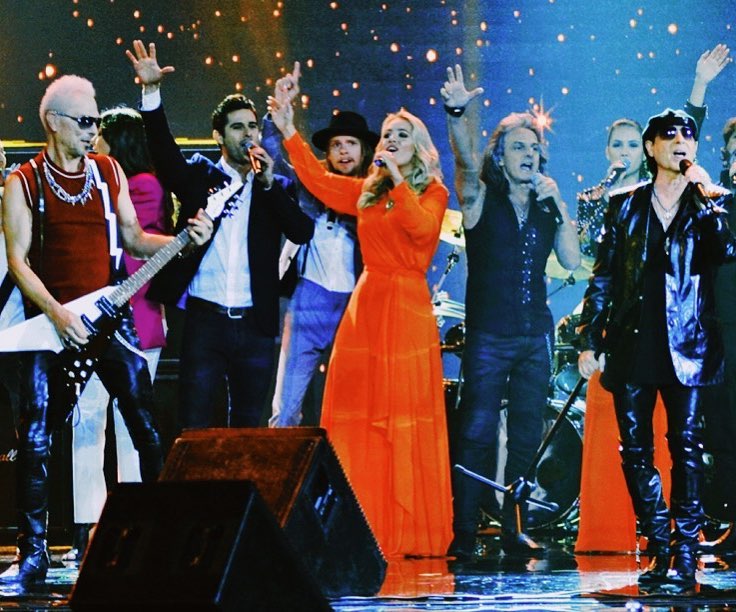 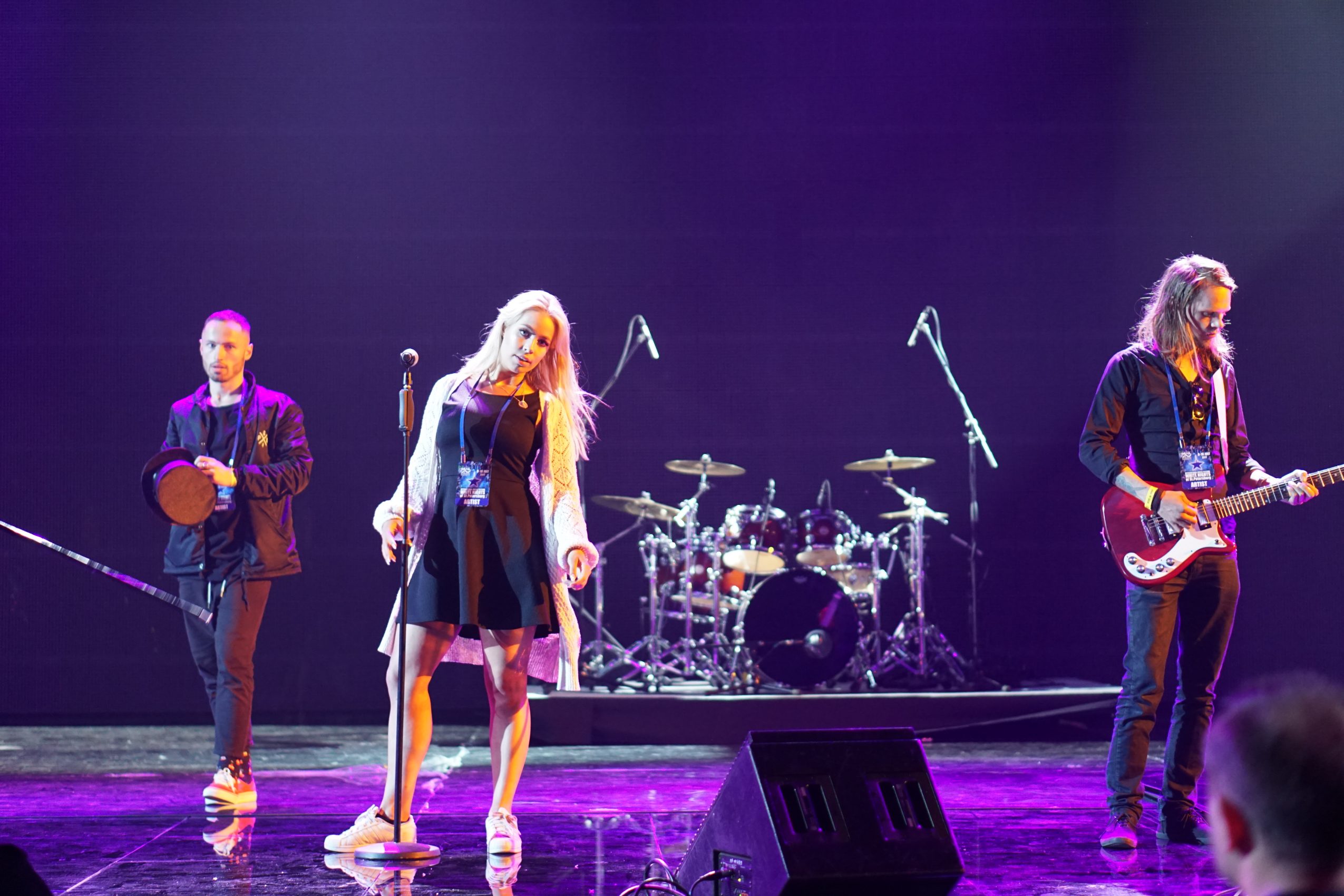 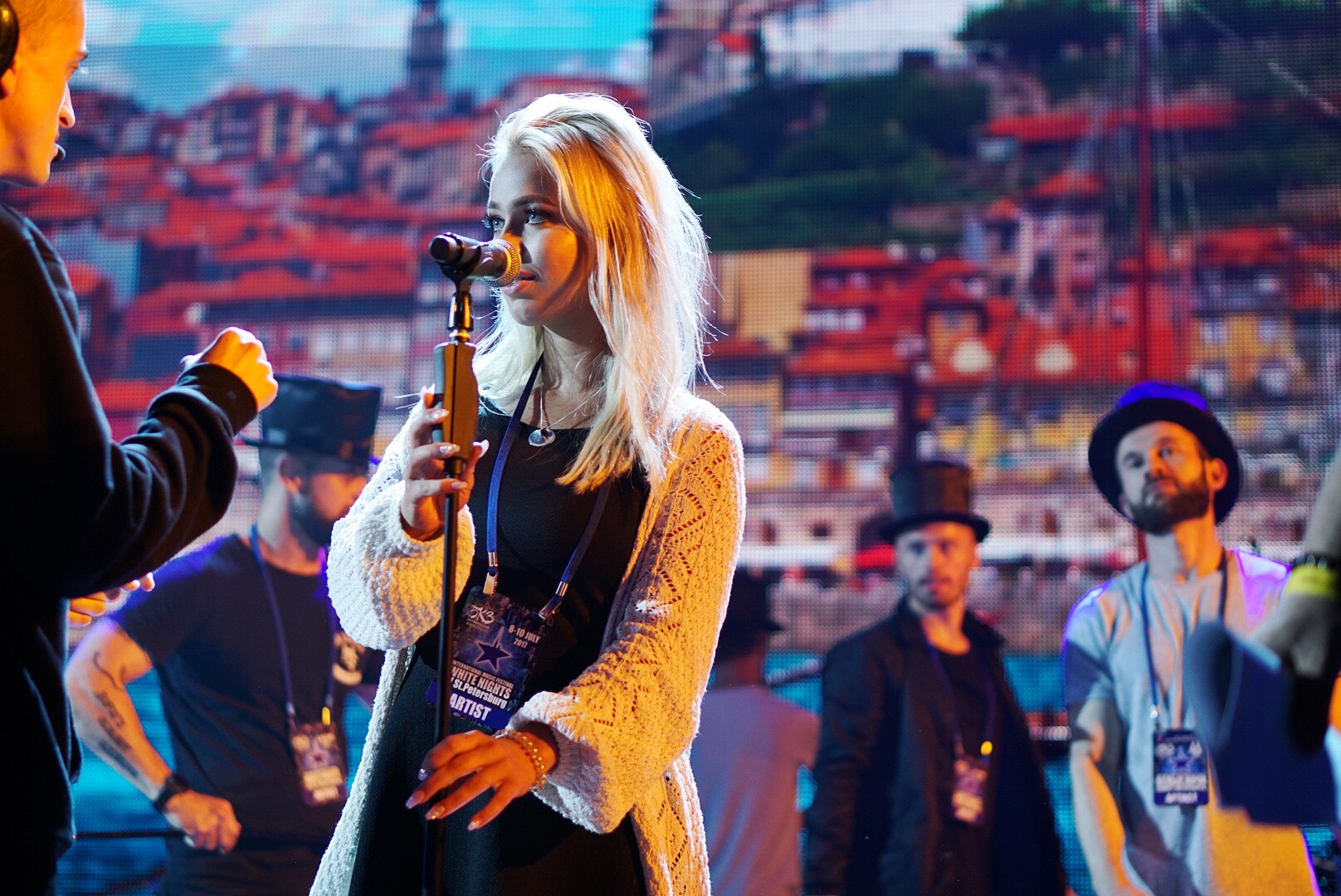