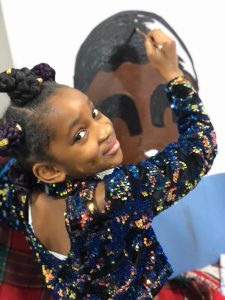 Today we’d like to introduce you to Sanyu Kalyesubula. Them and their team share their story with us below:

Sanyu Kalyesubula is a nine-year-old kid entrepreneur and child artist. She is the owner of Sanyu’s World a children’s boutique shop and art studio located in Sol Plaza Mall in Lancaster, California. Kalyesubula spotlights other child artists and kidpreneurs.

The nine-year-old can’t run a store on her own. She gets help from several family members including her mom Saharra White, her brother Ali, and her grandmawmaw Darleen Edwards.

Kalyesubula is a self-taught artist and most of her time at Sanyu’s World is spent on her craft. When she isn’t painting the girl boss is taking dance lessons at the local dance studio. This year she is part of the Dance Magic Performing Company something she has wanted to do for several years. She also performed in this year’s production of The Nutcracker with the Antelope Valley Ballet.

Kalyesubula started her business at the age of five. Her mother White who is also an entrepreneur has an online children’s vintage store. At one point, White had a booth at a local swapmeet. Both children would help mom set up the booth each weekend. One day Kalyesubula decided to also make her own items to sell. She started making homemade candles, soap, and her favorite slime.

Later on, Kalyesubula’s mom signed her up for an entrepreneurship academy run by kidpreneur Gabby Goodwin and her mom Rozalynn. “I thought I knew everything about business,” White said. I had heard about Gabby and the Gabbybows before but I could really get down with this Academy. I wanted to help my daughter with her business. Of course, we would’ve made it to where we are now but the Academy helped. My daughter is confident about her business and her future because of the business training we received.

In September of 2020 after Kalyesubula’s mom, a laid-off copyeditor at a local newspaper decided to take the leap and start vending with her children during COVID. Prior to covid, the single mother didn’t have time to participate in many events. Now that she was unemployed she has had more time to help her children with their business. In September of 2020 Kalyesubula sold her first painting and her brother and she also launched a cold-pressed juice company called Food For My Babies.

COVID-19 allowed Kalyesubula and her family the opportunity to be consistent. Kalyesubula was vending every week sometimes three events a week.

With White’s background in social media, both siblings became known as those kids from social media. Kalyesubula has won several awards for her artwork from the Los Angeles County Parks and Recreations, Los Angeles County Library, and The Lancaster Museum of Art and History. In September of 2021, the nine-year-old participated in her first art fair and made over $1100 a record for the young artist.

Kalyesubula has completed paintings of Dr. King, Amanda Gorman, and several Mae Jemison-inspired pieces. In November, Kalyesubula came out with her first collection Ice Cream Girl. The young artists’ artwork has a Black girl magic twist. She hopes to inspire others to create.

Kalyesubula has struggled with getting people to come into the shop. It is almost like a new business was started. The customers are used to us coming to them at different events. Now we need to market this other thing we are doing. As with most small businesses, there have been issues with getting funding.

With this new physical store, we have learned that if something isn’t broken, you shouldn’t change it. A few months ago, Kalyesubula and her family started to go back to vending at events. It just felt right that we would return especially with the holidays.

We went to vending three times a week to be in a shop six days out of the week from 10-7. It is an adjustment. While Kalyesubula and her brother are homeschooled, they can homeschool everywhere and anywhere… but they prefer being outdoors most of the time.

We love surprises, fun facts and unexpected stories. Is there something you can share that might surprise us?

Kalyesubula is an actress and has worked on several projects. She plans on continuing her acting career and wants to build her brand. She was recently a featured artist at A Spectacular Black Girl Art Show in Los Angeles last month. Kalyeusbula was the only child artist represented at the show. She is also finishing up her first NFT collection that will be released this month. 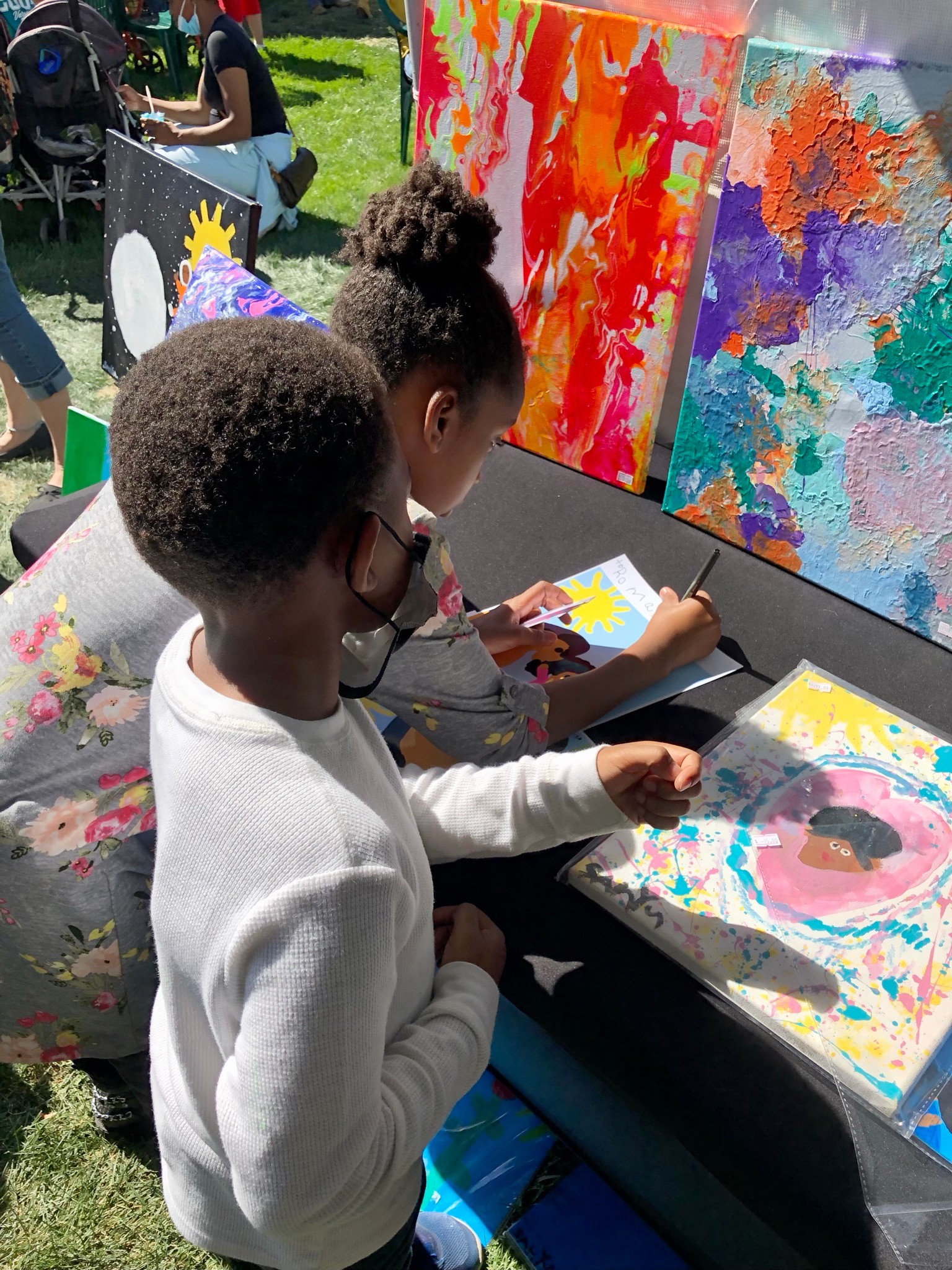 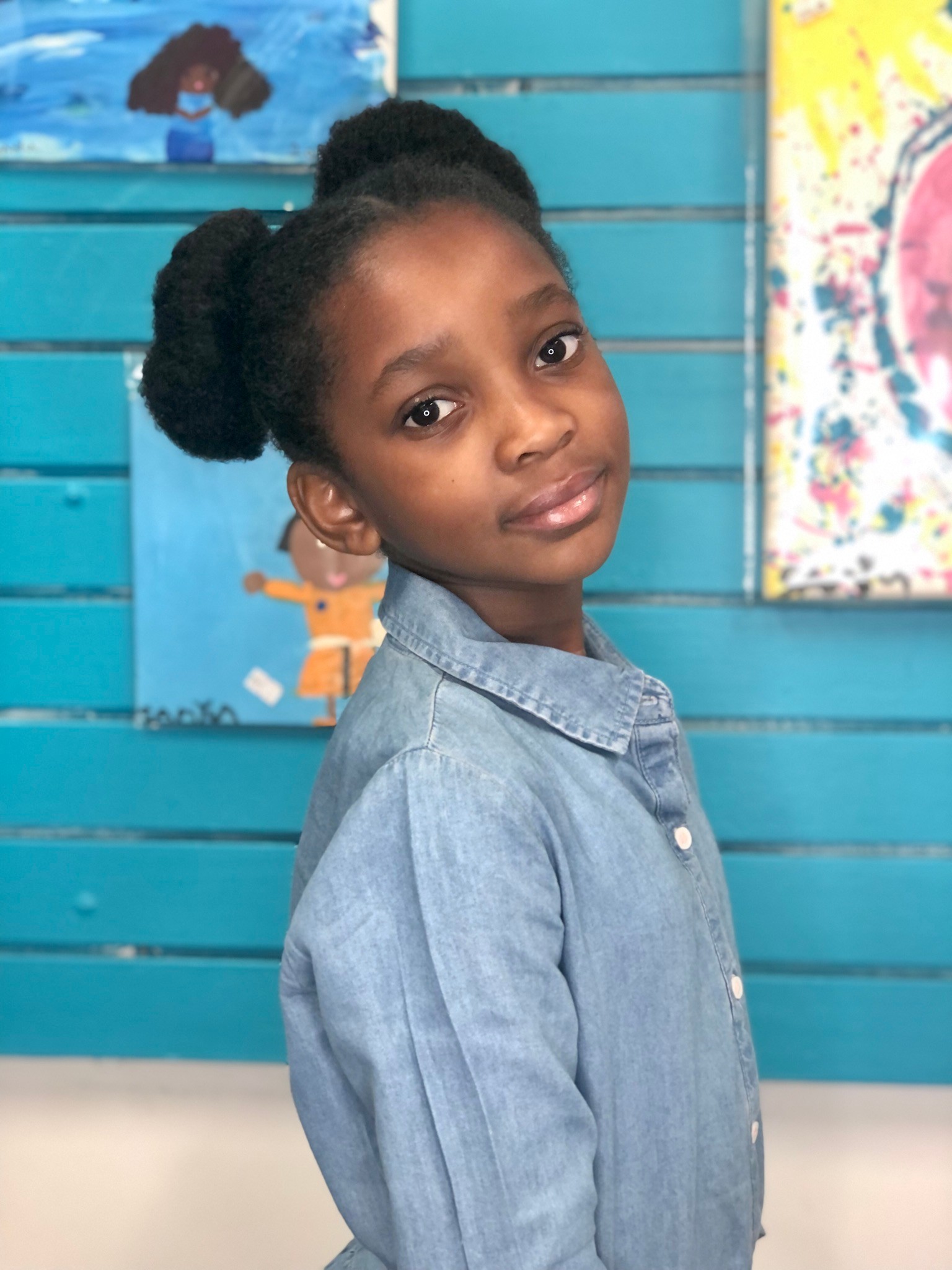 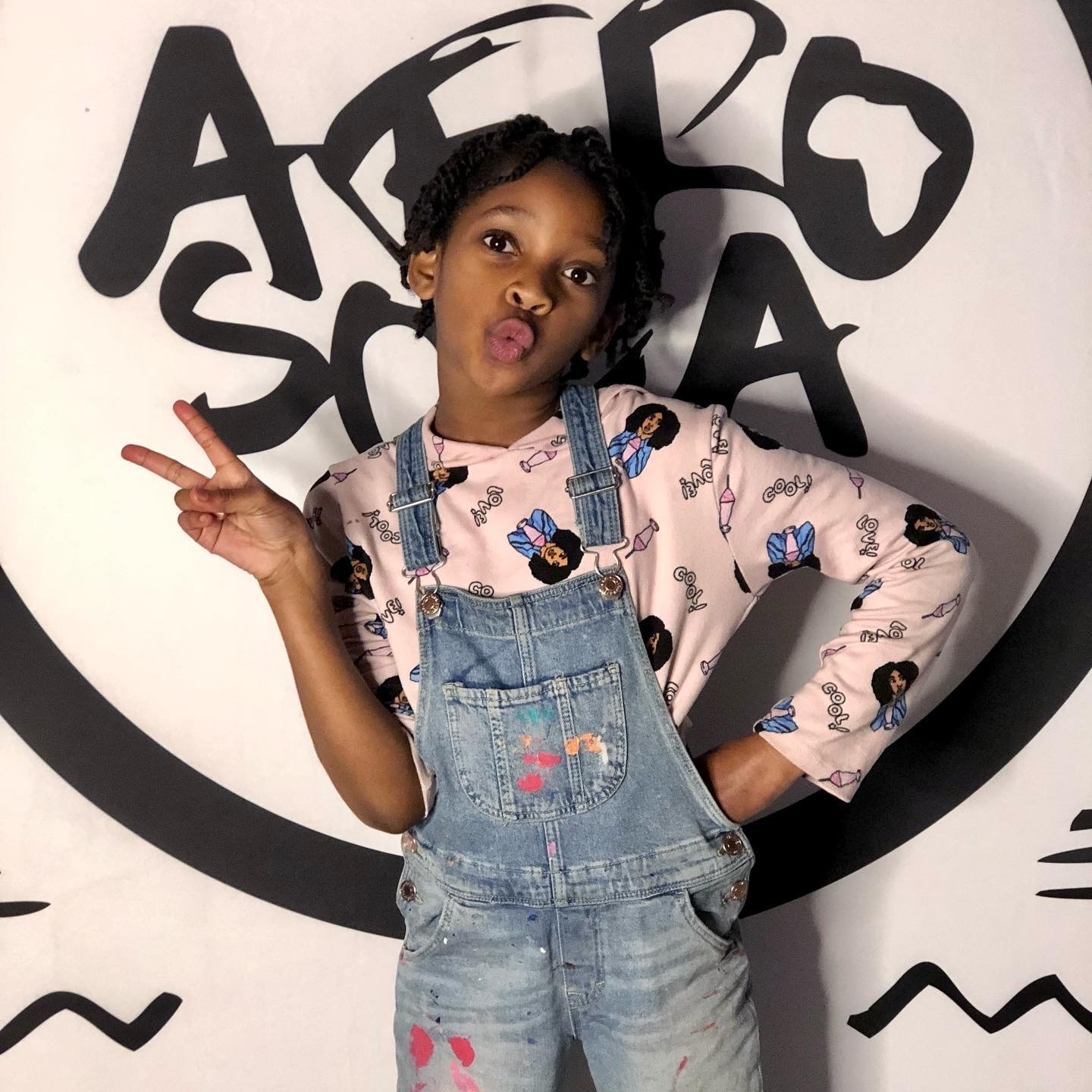 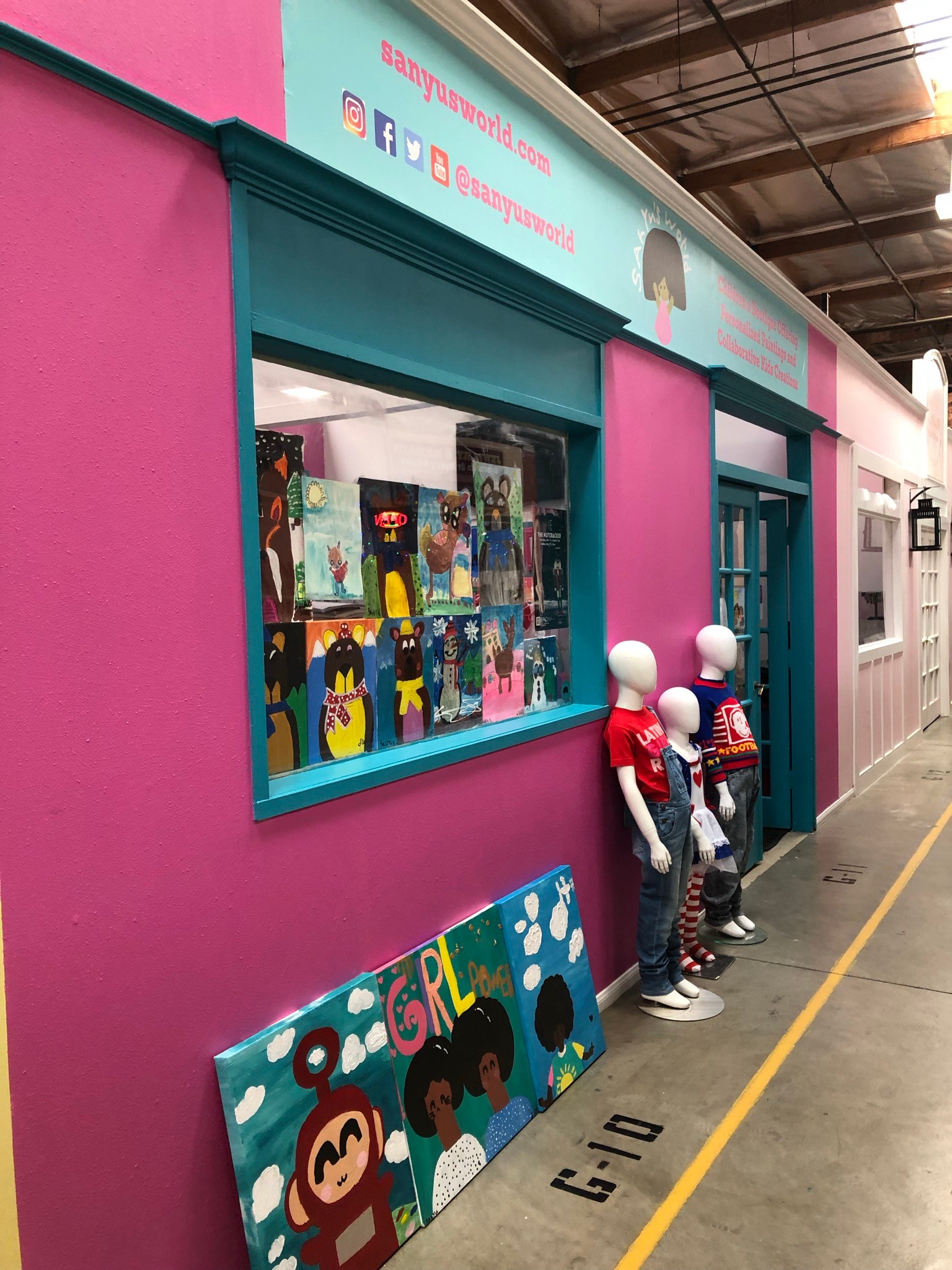 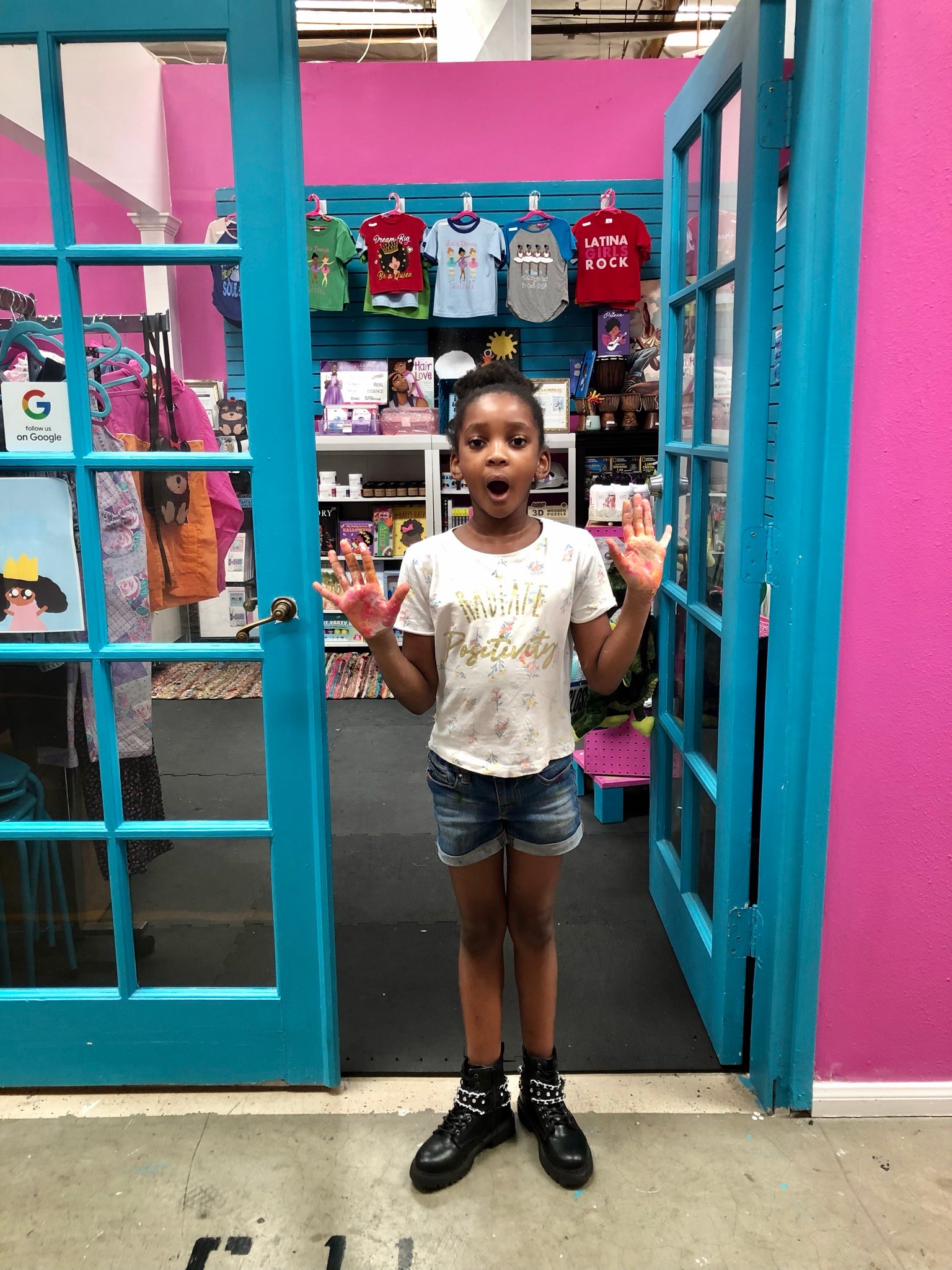 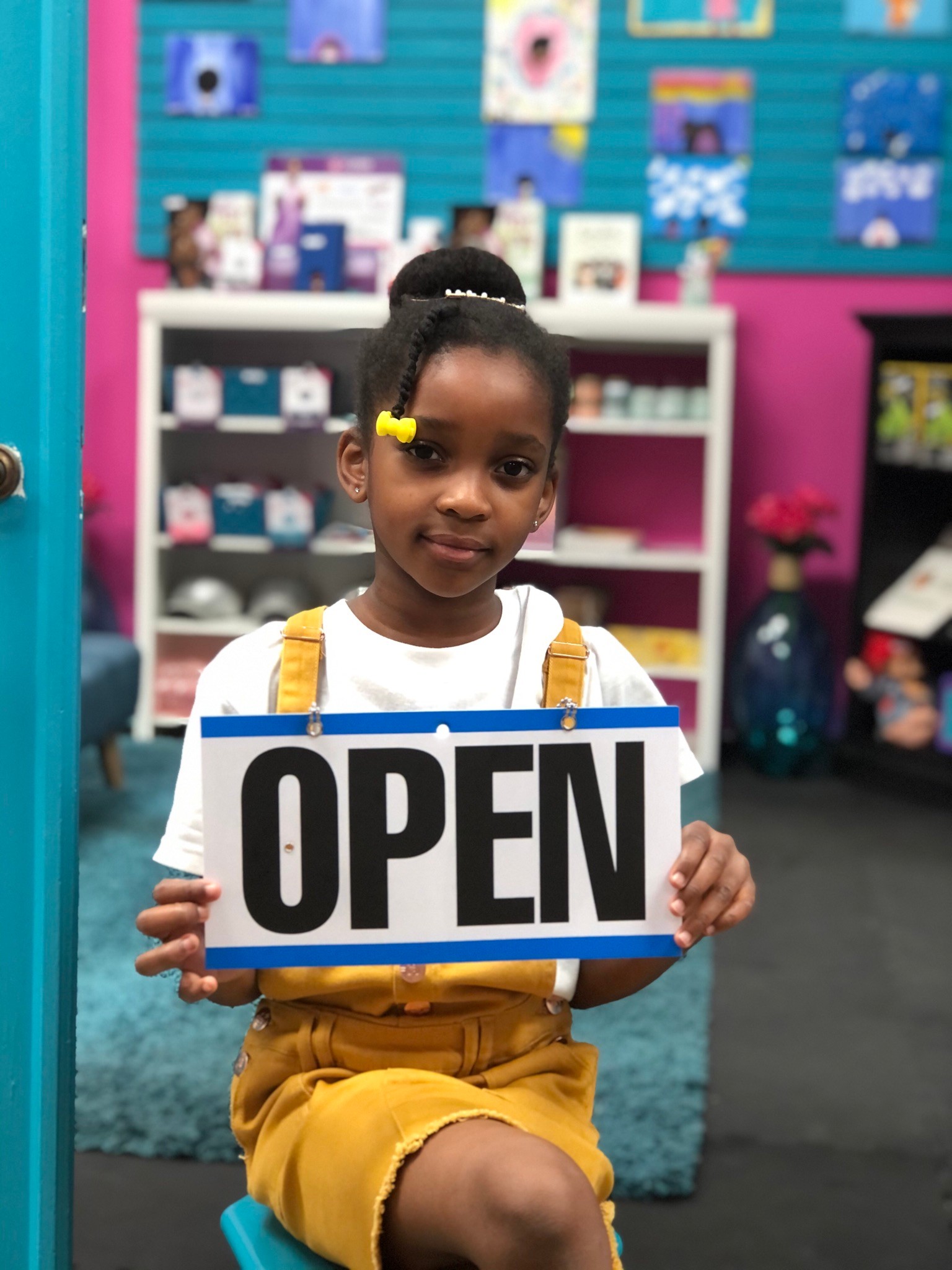 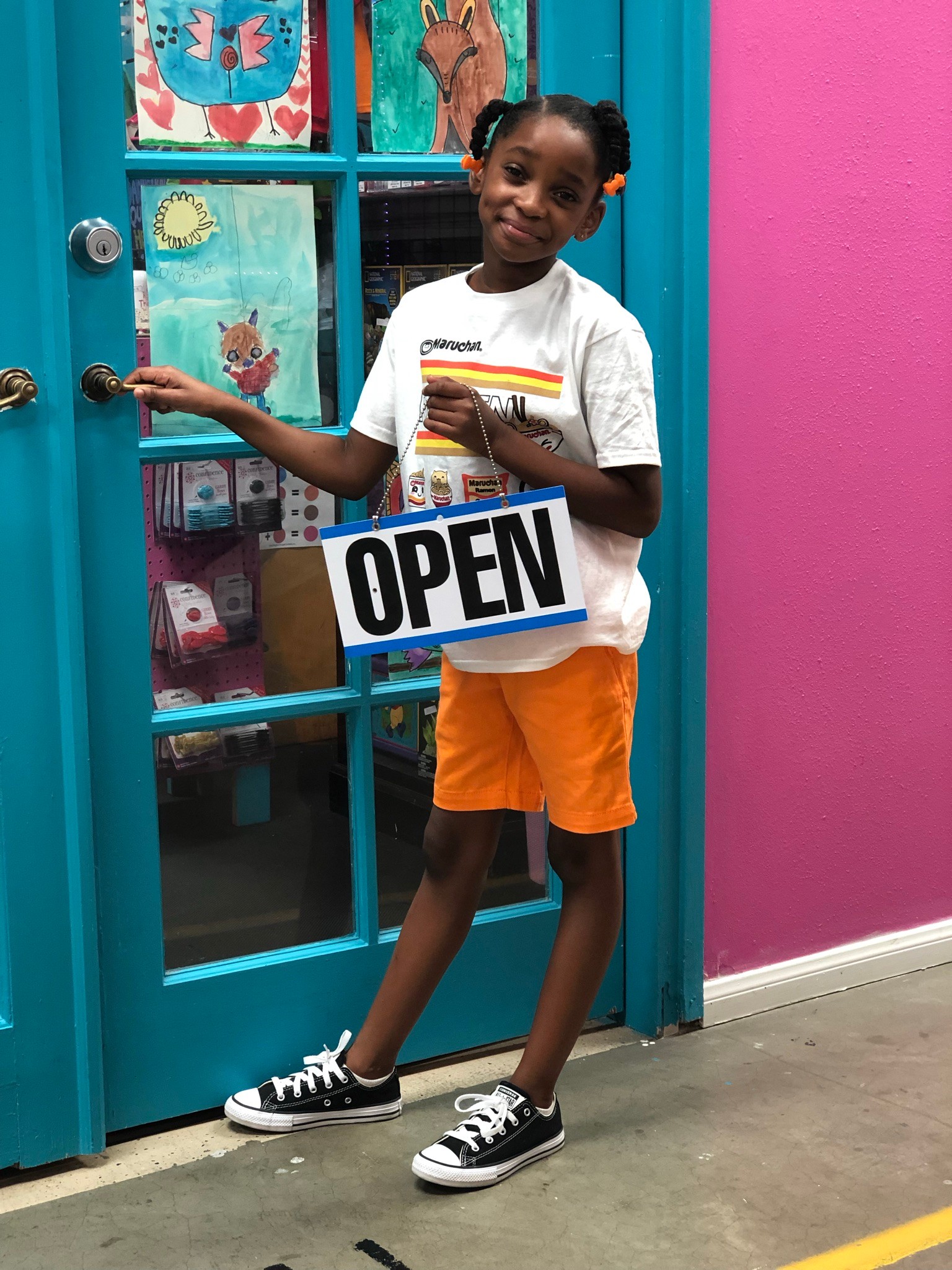 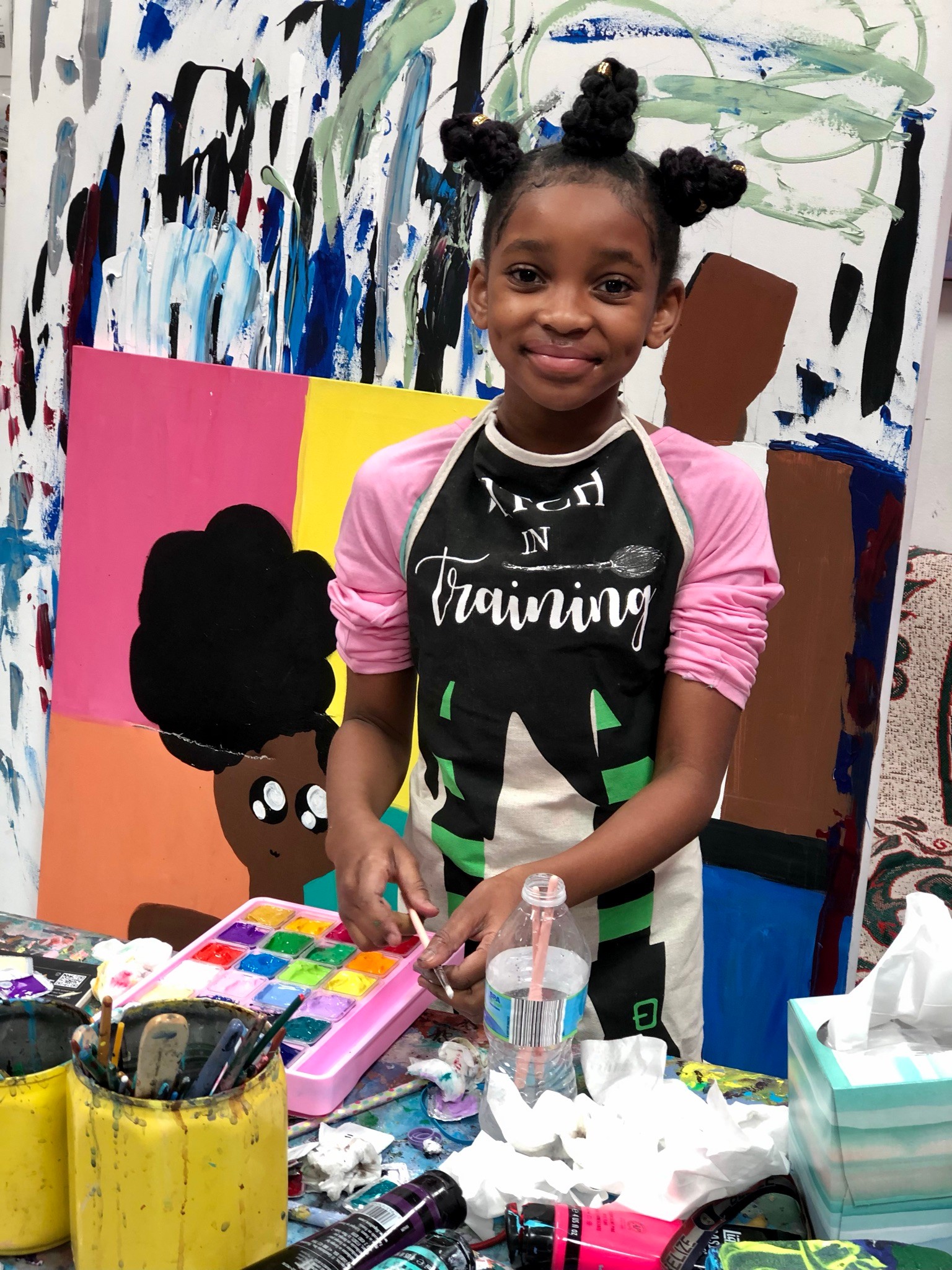 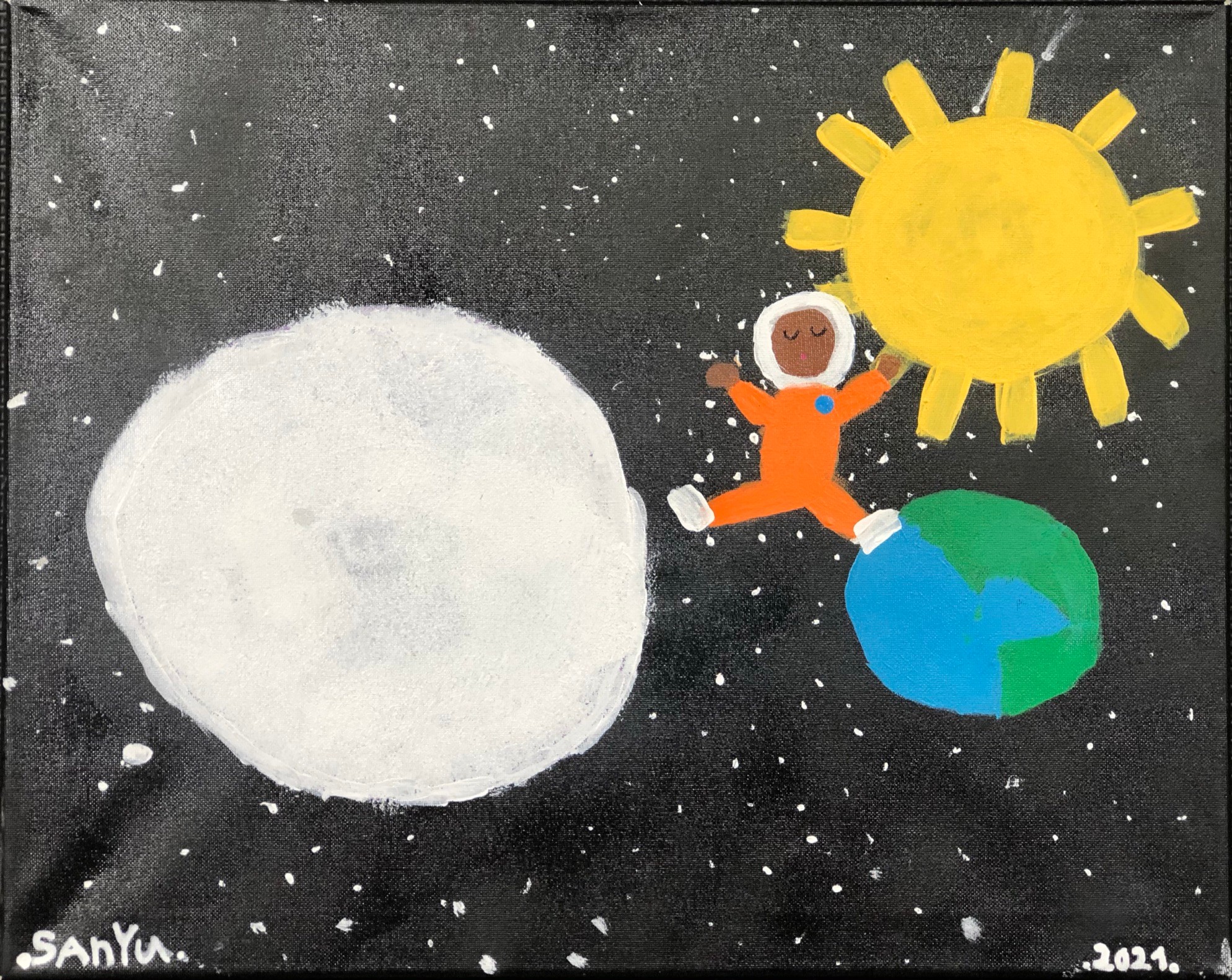 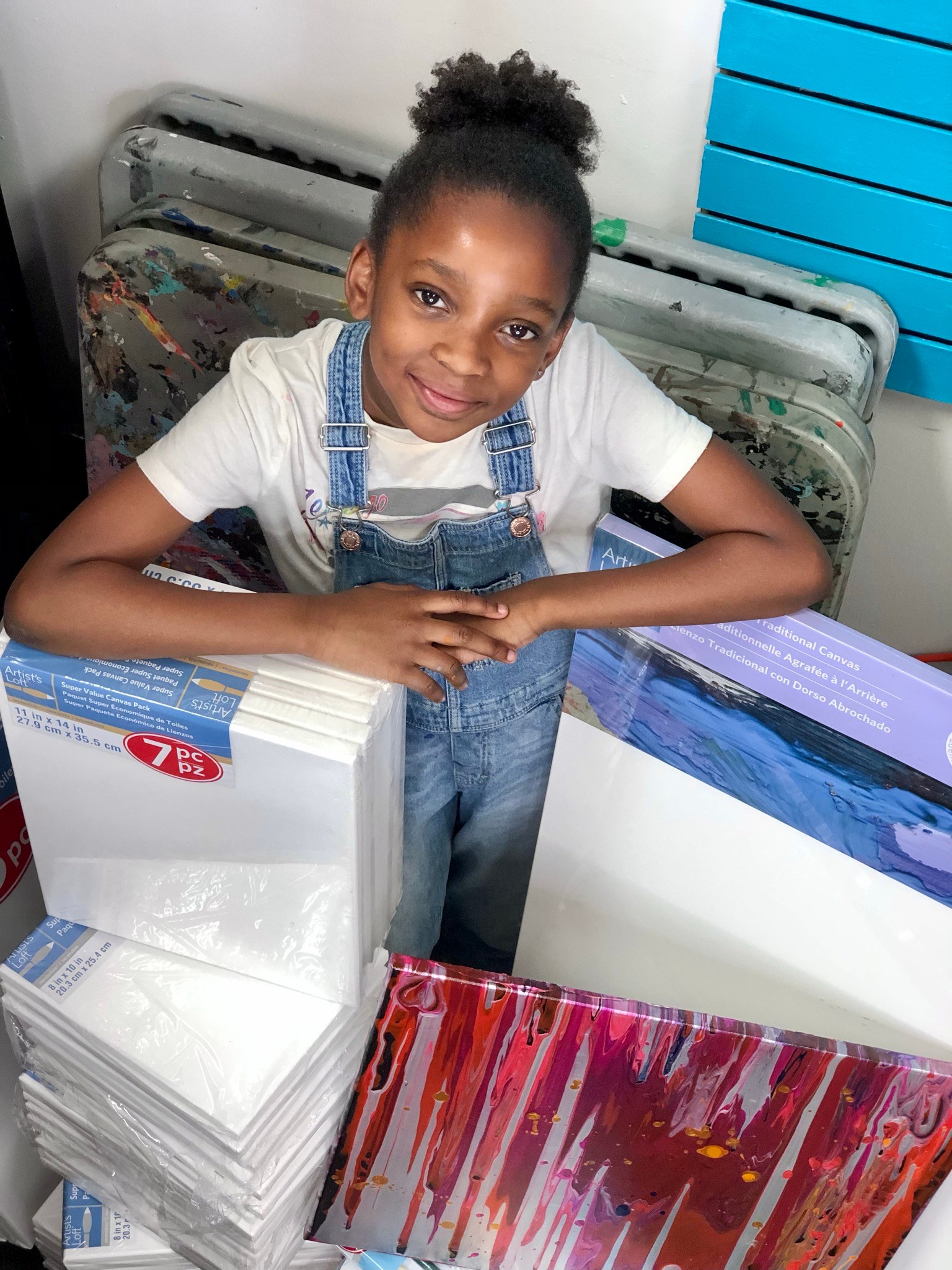