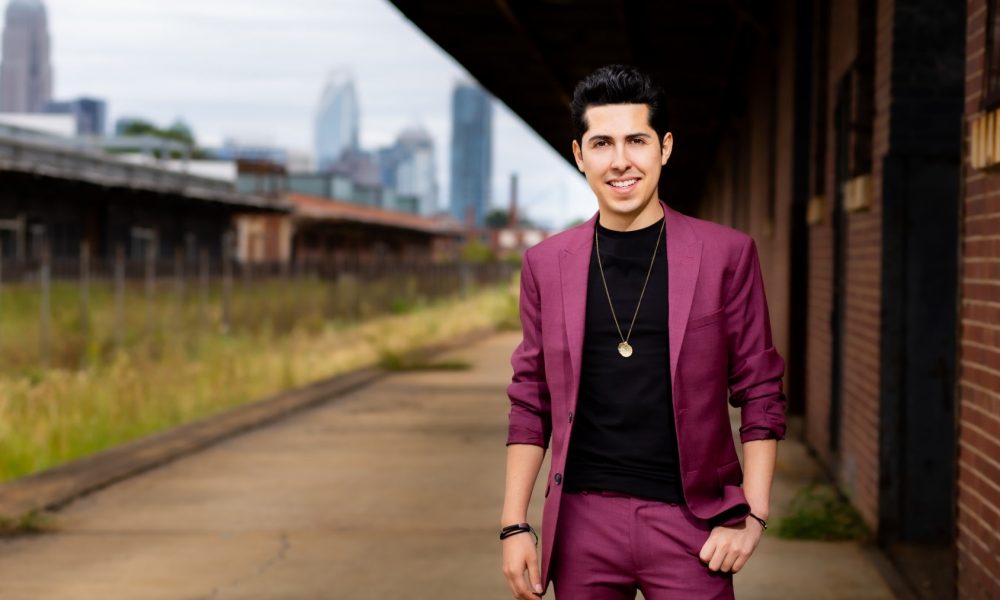 Today we’d like to introduce you to Santiago Alberto.

Santiago, please share your story with us. How did you get to where you are today?
My journey began the moment I was born. My full name is Santiago Jose Alberto Espinoza. I was named Santiago after my father, Jose after my grandfather, and Alberto after my padrino (Godfather) Alberto Aguilera known as music artist Juan Gabriel. I decided to go by Santiago Alberto artistically by rearranging my full name in tribute to my father and padrino. I am an only child born into a musical family. My parents have always been deeply rooted in the arts. My mother Angel Espinoza is a professional singer/songwriter and my father is a working actor and musician. Growing up, my parents had a band and music was the way my family made a living. I was exposed to music from before I was born. My mom was still performing a lot while she was pregnant with me with a band as well as with Mariachi groups. I can remember always gravitating to music as far back as I can remember. I always had a natural ear for it. At the age of three, I began singing and playing the drums. I loved it. Our living room was more like a rehearsal room for the band. As a young child, I thought everyone had a band and had their house set up like that.

My parents were good friends of the Mexican singer Juan Gabriel who lived in his ranch close to where we lived in New Mexico. We spent a lot of time there so I was always around music and musicians. I remember being a little kid at that ranch and looking around his recording studio in amazement as it looked like the inside of a spaceship or something the way the big Neve recording console and analog recording gear go the 90’s looked. Sometimes his mariachi would all come to the ranch in New Mexico to record and hold rehearsals. I would sit quietly and watch them trying to absorb as much as I could like a little sponge. Juan Gabriels sons also lived there and we would always have a blast playing together in that ranch. They are all like family. Eventually, his oldest son Ivan Aguilera would become my manager in 2018.

I continued learning and growing more and more musically everyday. At age 12, I had the opportunity of taking a Mariachi music class at school with my music teacher Alfonso Trujillo. I had been around mariachi my whole life but never played a mariachi instrument aside from singing. I chose to learn the vihuela which is the small looking guitar you see in Mariachi music. I chose it because it was very rhythmic and the closest thing to the drums in the mariachi ensemble. I quickly fell in love with the instrument and Mariachi music. My main musical focus became Mariachi since then. Mariachi music felt so natural to me as I had been around it my whole life being around my mother at performances and attending many of my padrinos concerts. I attended many big Mariachi festivals where eventually, I had the opportunity to study with and meet the best mariachi musicians in the world. Mariachi groups such as Mariachi Sol de Mexico, Mariachi Vargas, Mariachi Los Camperos and many more. Particularly, I met two incredible musicians who helped guide me and became big mentors to me. Jesus Hernandez, guitar player of Mariachi Sol de Mexico and his brother and director of the group, Jose Hernandez. I would keep in touch with them as a kid and was not afraid to email them with any questions I had about music and the industry and they were always very supportive and would help me out however they could.

I went on to study music at the University of New Mexico where I received my bachelor’s degree. I got myself through college between music scholarships and working weekends as a Mariachi musician. My dream was always to move to Los Angeles and be in the music industry. One day I received a call from Jose Hernandez asking if I would be interested in being a teacher in his music academy that teaches children in the schools around LA and OC area. I said yes and immediately moved forward with my plans to move to Los Angeles. I moved out there and became a Mariachi music teacher in his program. I also worked as a Mariachi musician at the same time. I was pursuing my dream.

Prior to moving to LA, I was working on a very special project that I had begun when I went to Cancun with my father to visit my padrino Juan Gabriel. During that visit, we began choosing songs for me to start recording my first solo album. We chose about 70 songs and narrowed the list down to 10 songs. It was an incredible experience working on music with my padrino. Once we had chosen the songs, I began writing all the musical arrangements myself. Once I was living in Los Angeles, I was able to start recording the album. I recorded all of the rhythm instruments myself in my apartment. This included the Vihuela, Guitar and Guitarron. One of my friends from New Mexico recorded the trumpets, another friend from San Antonio, Texas recorded the accordion, then I invited some of my amazingly talented friends who all play in well-known groups in LA to record the rest of the instruments.

The whole album titled “Con Amor” came out amazing and I am so proud of it. The first single from the album titled “Amor de Estudiante” had a music video which has received over 2 million views on YouTube and the album has won several awards since, including “Album of the Year” “Song of the Year” and “Male Vocalist of the Year” at the 29th annual New Mexico Hispano Music Awards. Last year I was the headliner at the 2019 Mariachi Extravaganza Concert at The Santa Fe Opera in New Mexico. I was also invited to perform in Juarez, Mexico in a show that featured Latin Recording Artist Aida Cuevas. Later in the year, I was also invited as a special guest artist in a show featuring Natalia Jimenez in San Diego, California.

I recently released a single, entitled, “Mañana”, during these days of being in quarantine. This song was unplanned. Upon all the schools closing and my performance engagements being canceled, I began to write this song which came about as I was inspired to offer a positive uplifting message through music. Being that I now had plenty of time being at home, I wrote and recorded the whole production at home using my home recording equipment. I also made a music video in which my mom was my camera person and photographer. I released this song with the hope of sharing positive energy and an uplifting message to people through my music during these difficult times.

Overall, has it been relatively smooth? If not, what were some of the struggles along the way?
Much like the roads in LA, they’re not exactly smooth, sometimes they move a lot slower than you’d like and you occasionally go over a huge pothole but the roads still manage to get you to where you’re going. It’s been a lot of hard work and but like the saying goes, nothing worthwhile is easy. Keeping a positive mindset and not being afraid of failure has gotten me a long way even through tough times. One of the most difficult parts was leaving my family and my home state of New Mexico to live in Los Angeles. I packed up my car and moved there by myself. The good thing is that I have incredible relatives and friends who have been a huge help and a big support out in LA as well as those who don’t live there but are always there for me no matter how far away they are. It was difficult to go out and live by myself in such a big city, coming from a small town close to my family back home. I’ve grown so much living in LA over the past five years and I love it. I am so glad I took the plunge to move out and go after my dreams. I look forward to what the road continues to bring.

Can you give our readers some background on your music?
I am a solo music artist as well as a music producer, composer, arranger and musician. I’ve been performing my whole life and love doing what I do. I am also a music educator where I teach in an after school program in the Santa Ana school district that gives mariachi music classes to elementary and middle school students. Contact for bookings is jorge@jep-entertainment.com.

If you had to go back in time and start over, would you have done anything differently?
I wouldn’t change a thing. Everything I’ve gone through has shaped me into the person I am today and given me great learning experiences helping me to constantly learn and grow. 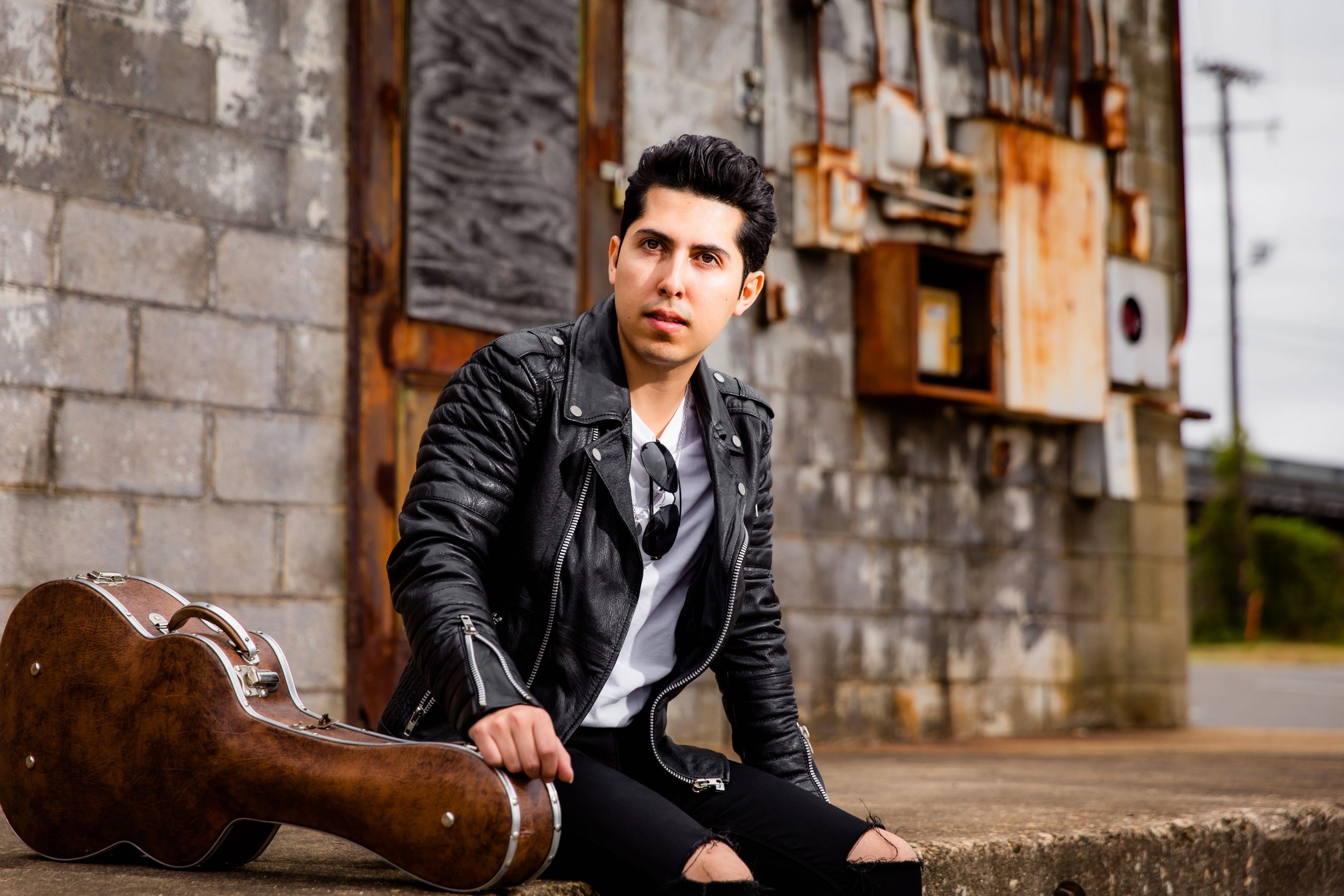 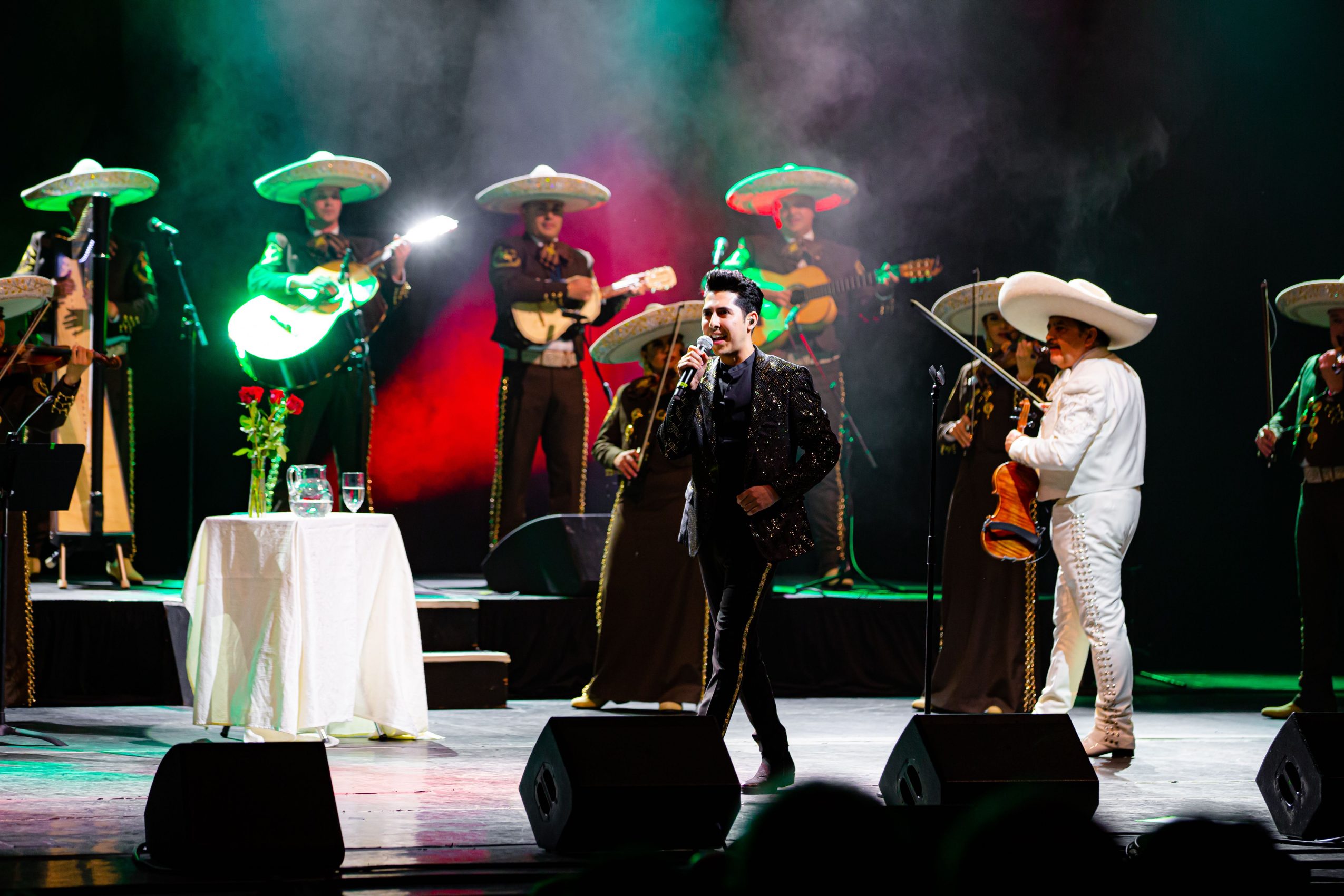 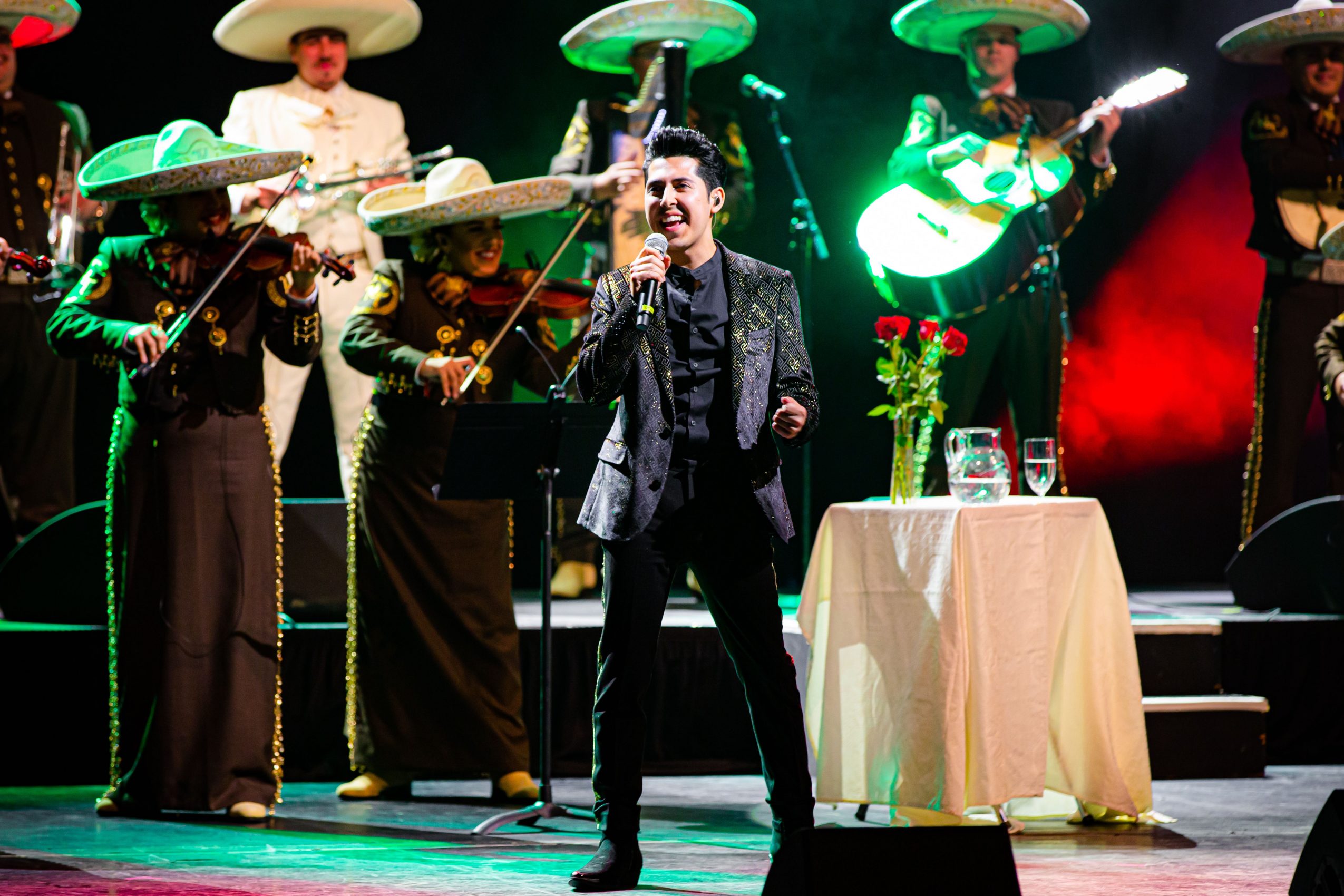 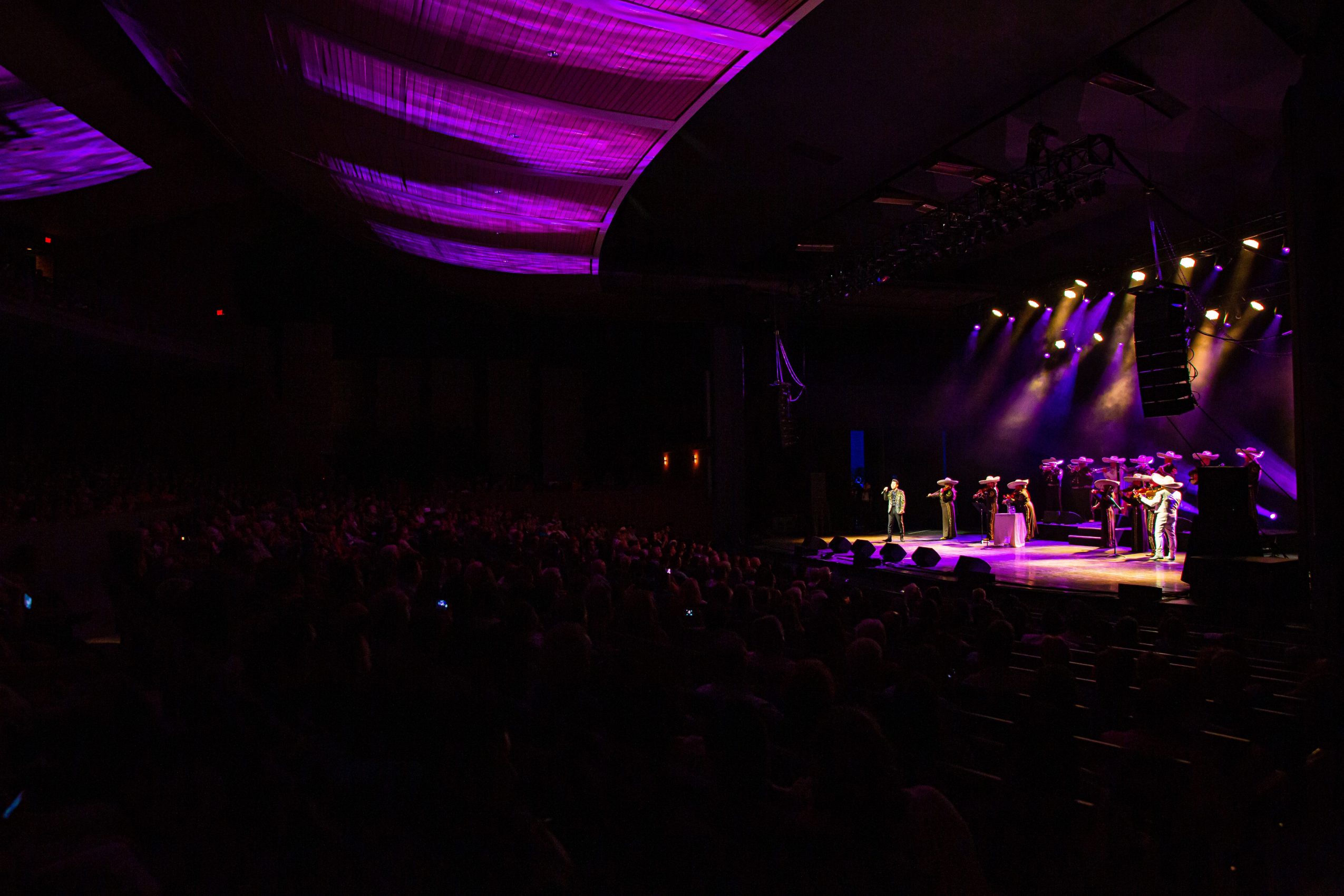 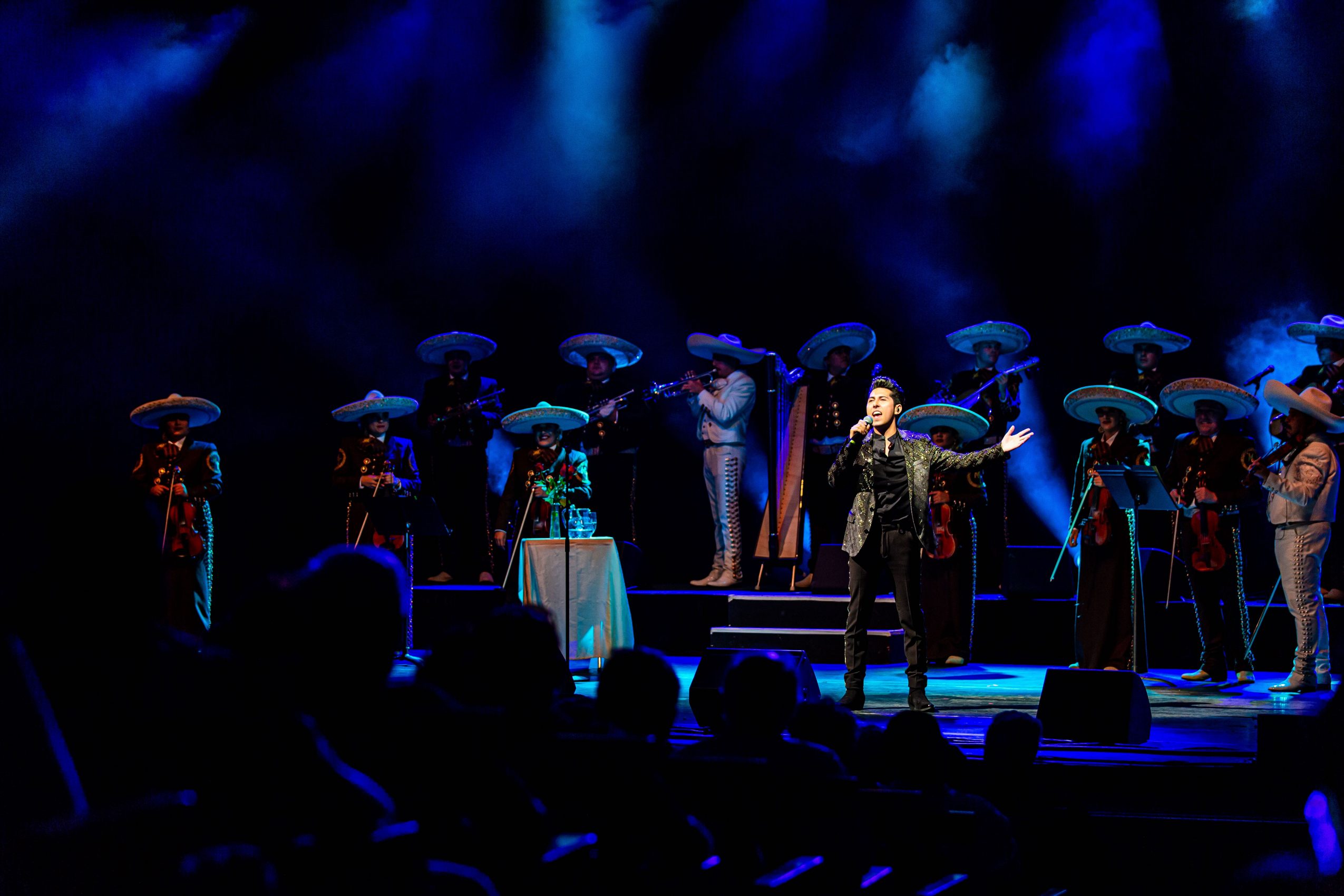 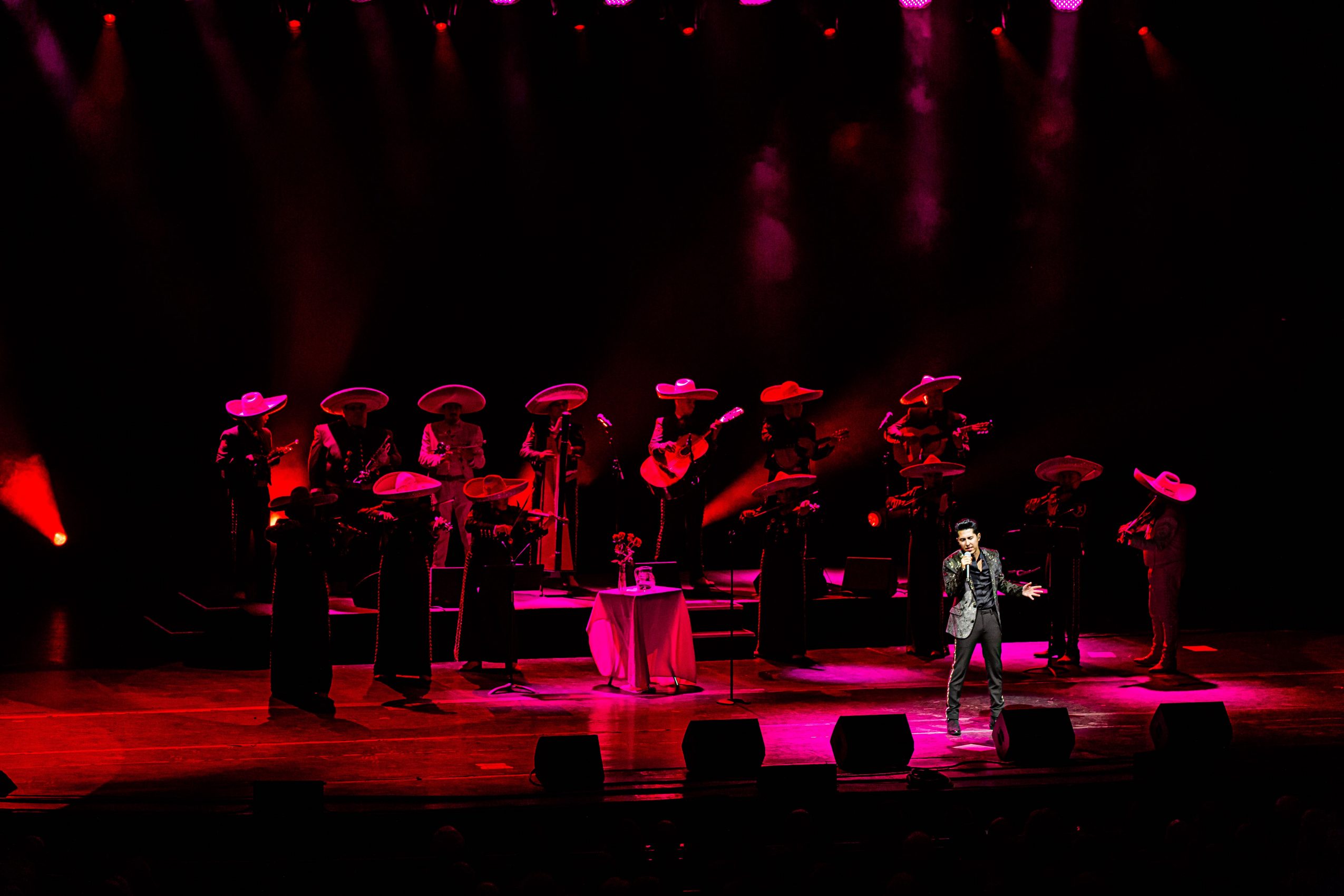 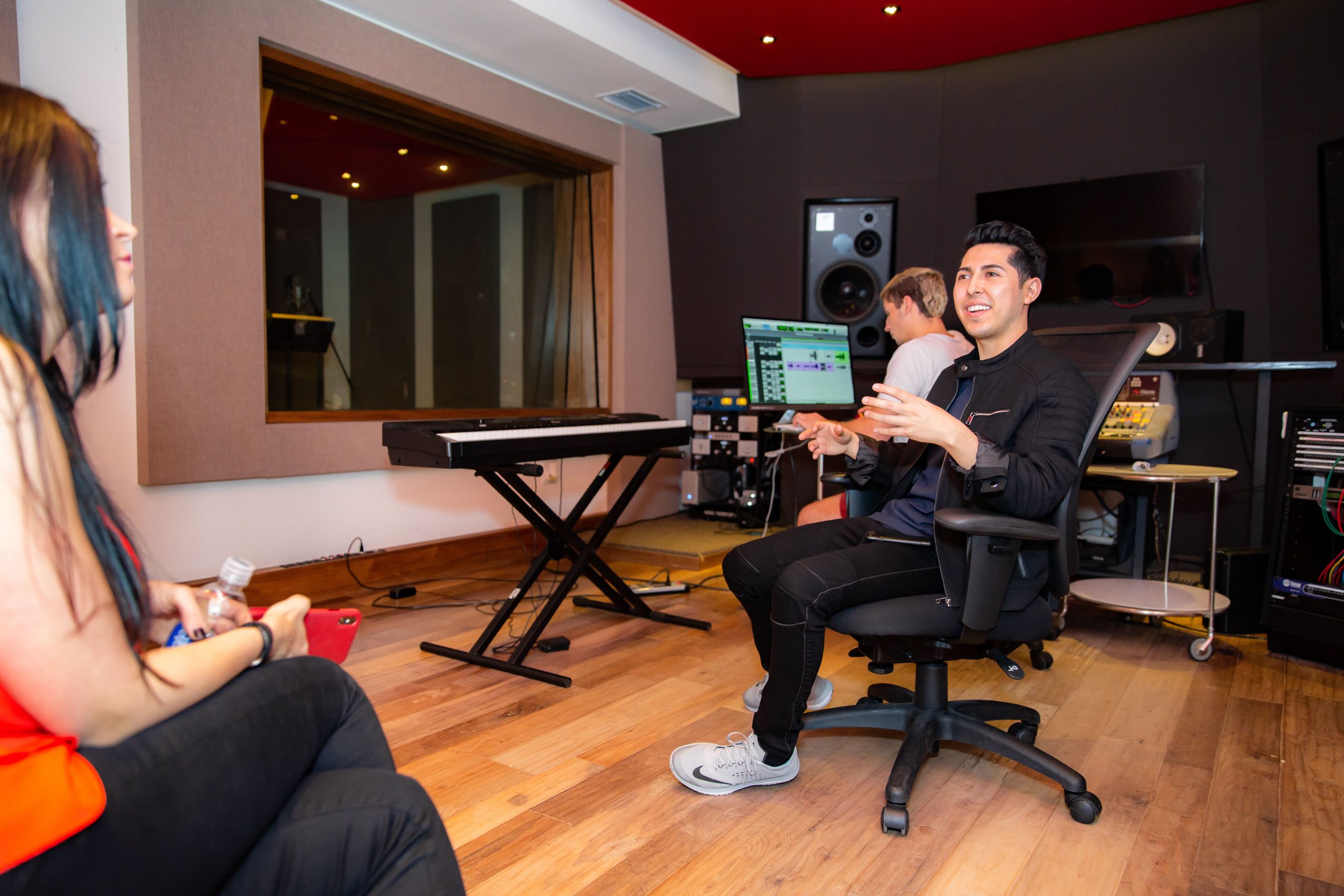 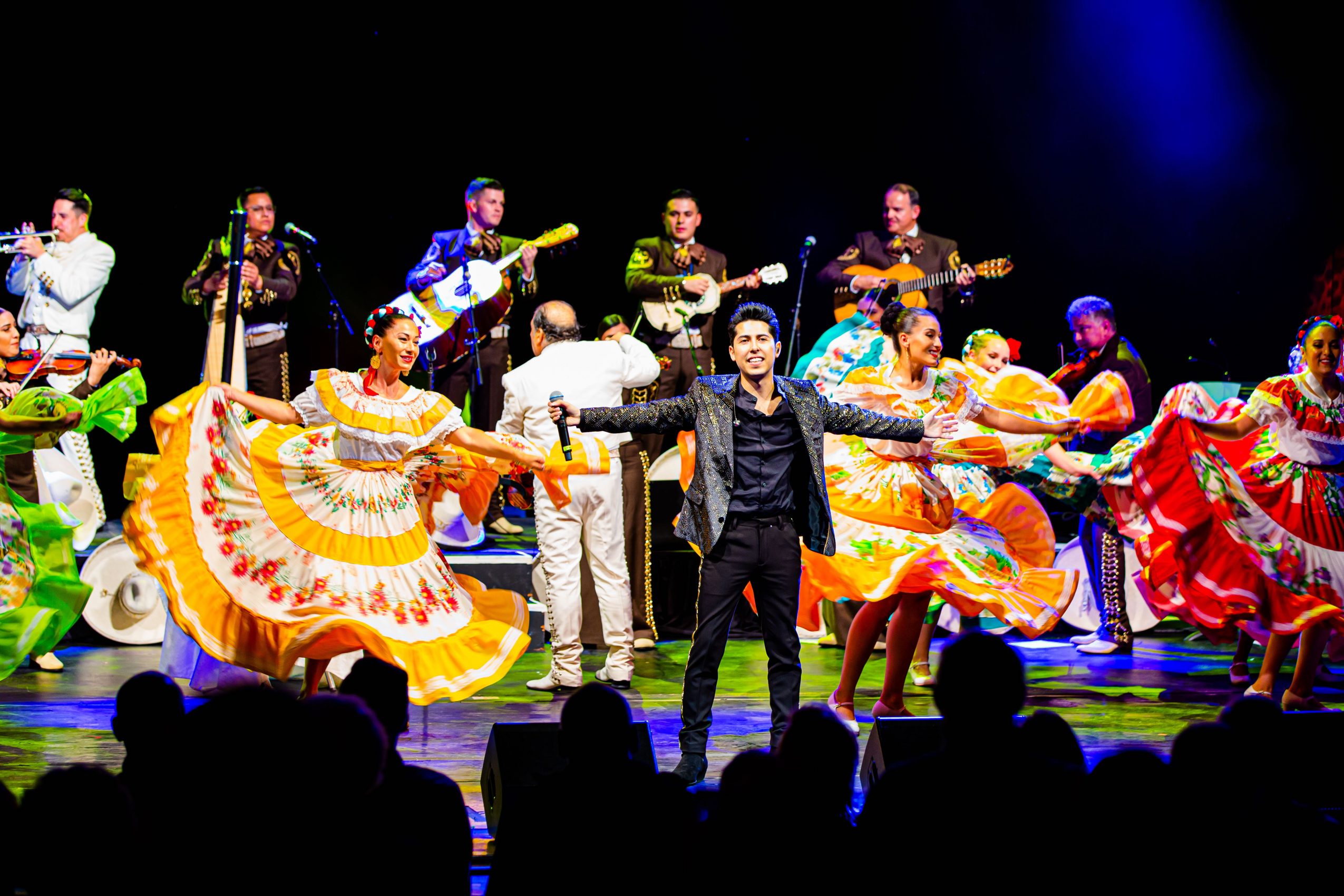