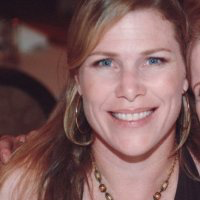 Today we’d like to introduce you to Laura Jarrard.

Laura, please share your story with us. How did you get to where you are today?
I started in the nineties when Adobe was a baby and Photoshop had no layers. I was restless in junior college, always working and supporting myself and the thought of a four-year made me squirm. When I found UCLA extension classes, it felt like the perfect solution so I took an intro graphic design class and that’s really when it became apparent that it was a viable career option, so I followed that path. I still bounced around a bit between LA and OC (where I grew up), and finally landed in what was basically a vocational school for an eleven month, full-time program for graphic design. I thought I could stick it out for just under a year, but wound up spending the summer in Milan! When I returned, I found myself back in LA with my boyfriend, who supported me for the rest of the program, which I finished in May of 1994.

I planned on moving back to OC but broke my ankle so was couch-bound for the summer, in a lot of pain, watching cooking shows. It turned out to work in my favor as I wasn’t able to move, so looked for work in LA and landed an amazing gig at an entertainment advertising and design studio called 30sixty. I had called them on a whim as a referral from my father, a struggling photographer, who lived in an art loft across the hall from 30sixty’s product photographer.

I’ve never looked for work since, as I’ve always worked with and for people I met at my first job in the industry. If you value relationships, professional and personal, and you’ll always have a reliable network.

Has it been a smooth road?
In general, it’s been smooth because I always loved the job and worked for people I liked and respected. I suppose my first six months working full time at it were the roughest because I had the talent but not the skill level yet. It was sink or swim, so I had to learn to keep my head above water and work really hard until things started meshing and I got the rhythm down of juggling my projects.

Then again after I had my twins (in addition to a toddler) I had to stay home for a while. That was really hard, I missed work and I even had to pack my computer up and store it in the garage so it wasn’t a constant reminder. A few years later I dusted off that part of my brain and eased back into it. I was almost afraid of the computer and had lost a lot of confidence, but it turned out to be a lot like riding a bike! Soon, I was able to work part time for a friend and also pick up the kids from school. That’s when I realized I still had my chops and I just continued to evolve from there.

Do you feel luck has played a role in your life?
I always considered myself lucky, and one day I realized it wasn’t luck, but a positive attitude and making the most of resources that either got me somewhere or kept me somewhere. Was it lucky I saved a phone number for years and years that ended up landing me my first job? No, it was literally me saving a piece of paper until the time came to use it. I do believe both good and bad luck happen, but I also believe we have way more influence than that, and to pass it off as a kind of luck is to diminish our personal power.

Is there a characteristic or quality that you feel is essential to success?
This seems to be changing as I mature and my ideas of success evolve. But what I find to be consistent with any aspect of my personal and professional success over the years is optimism, confidence, and knowledge. The first two don’t need much explanation, but knowledge could be as simple as using a new tool in an Adobe app, to learning calligraphy, to educating myself on any relevant subject whether for work, family life, or self-improvement. It’s all connected and is more connected the more you know. Just keep those synapses firing!

Let’s touch on your thoughts about our city – what do you like the most and least?
I like LA’s diversity the best, I think, and that everyone can find a place here. Not just culturally, but artistically, educationally, musically, gastronomically…it’s a mash up and you can find yourself in a different world in just one short car ride. Unless there’s traffic! That would be my dislike.