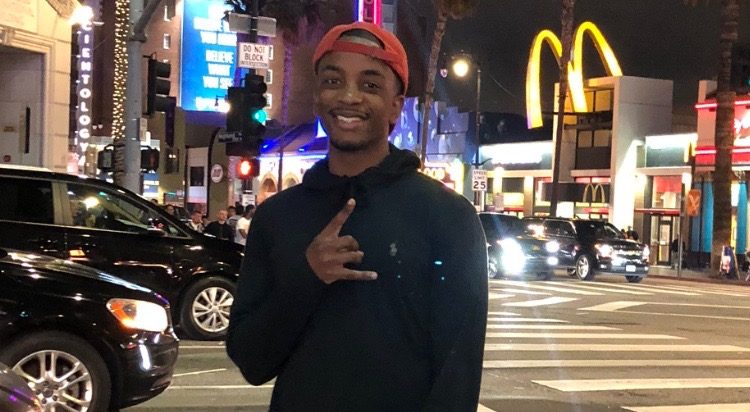 Today we’d like to introduce you to Samuel Isaiah Hunter.

Thanks for sharing your story with us Samuel. So, let’s start at the beginning and we can move on from there.
I’m currently 24 years old and I’ve experienced much within those years, but I believe the journey I should speak on, for now, began when I was nineteen. I started acting at two years old, and at the time I was only doing commercial and print work. My mom played the momager role by taking me back and forth to auditions and supporting me through everything. Though I loved what I was doing, I gave up acting around eleven to pursue other ventures. During this hiatus, I continually felt the tug to get back into acting but found every excuse not to do it. Finally, I could no longer fight it off. God was calling me and it was time to submit. Nineteen is when I sprang back into creating.

What comes next is something I haven’t talked about with more than two or three people so it’s strange for me to say this on a platform that will be so public, especially since all three of them looked at me like I was crazy. At the moment I decided to go down this path, I received a very vivid vision that I believe had to have come from God. It involved me doing something very big within the entertainment industry and being on a huge platform. I had goosebumps, my nose and eyes started watering, and I was jolted with a joy I’d never experienced before. At the moment I naively thought “great!! I’ll be there in no time, he’s showing me something that’s gonna happen this year or next probably.” I charged forward at 200mph not knowing what God had in store for me. I had no idea of the storms I would face, and I wasn’t aware of the situations and tests I would be established through that would mold and form me into who he created me to be.

My life has been an uphill battle that I believe serves a greater purpose than achieving personal glory. I know He’s using me to touch those around me and I will cherish those moments of genuine connection while praying to have an impact that enlarges as this journey progresses.

Overall, has it been relatively smooth? If not, what were some of the struggles along the way?
It hasn’t been a smooth road at all. I’ve run into so many derailing moments on this journey but God has been with me the entire time. I think the biggest one so far came in 2016 when I first moved to LA for acting school. I chose to go to the Stella Adler Academy of Acting. This place is my absolute second home and had I experienced these tough times anywhere else there’s no telling where I would be.

Fresh off the heels of receiving a scholarship at the school to continue taking classes, I was on cloud nine. I told my mom I would get one, and this was just one more laugh in the faces of all the people who doubted me. God had given me confirmation after confirmation that I was on the right path, and that he was with me, so I assumed it would be smooth sailing to the top. Boy was I wrong. A few months after receiving the scholarship I got hit with a few devastating realities and I sunk into the first round of a seemingly insurmountable mountain of depression. I felt God had abandoned me, and that somewhere along the line I’d made a mistake and my opportunity had passed me.

I battled with serious suicidal thoughts and impulses for the first time in my life and I was disgustingly miserable. I hated myself, and as a result, I hated everything around me, but I couldn’t show it. I was known for being happy. I was always smiling, helping out, telling jokes, and loving people, though through the false smile was pure pain and anguish. Eventually, I could no longer hide. My inward battle made it’s way outside as my hygiene began to decline it became visibly apparent something was wrong. I spoke with the head of the school and told him I would have to leave and go back to Florida where I’m from. He was very understanding and I’m thankful for that to this day.

I sought therapists, medications, people, ANYTHING that could perhaps help me but the pain was consistent. My therapist told me I would be “30 years old with no job if I kept trying to pursue this acting thing” which made me realize I’m talking to someone who doesn’t care about me. I gave up on finding help until one day I watched a show where a scene involved expression through poetry. I decided to try it for myself and found it to be the most liberating feeling I’d ever experienced. Growing up I’d always been extremely sensitive and unable to articulate what was going on inside. My dad would always ask me to say what’s on my mind and my reply would be “I can’t explain it” which would upset him. My whole life I thought I was broken, then I realized this could be the vehicle to finally show people what I see daily.

I had no therapist so this was my therapy, I wrote and wrote and wrote. I’ve written three books so far with a fourth one on the way and I’ve received messages from friends and family who say my writings resonate with them. This proves the pain I experienced has a bigger purpose. I’ve grown so much in these last few years and my self-awareness is extremely potent now. It’s largely due to God allowing me to express myself through poetry and other art forms. I’m now back in LA and no things aren’t perfect, but my relationship with God enables me to weather the storms that continually come my way.

Alright – so let’s talk business. What else should we know about your work?
I recently started the saying “Keep Your Heart Open No Matter What” that I’ve decided to make the one pillar that everything else I do falls under. That includes books, clothing, blogs, etc. I know it will grow to reach other areas in the future, but for now, this is what it is. My blogs are all about my testimonies. I go into specific details of the ways God has shown himself to me. I go in-depth with some of the roles I’ve gotten and state the most bizarre and unlikely ways that prove his hand is on my life and no human hand could have done what he’s doing. I additionally go into detail about the advocacy work I’ve been a part of in advocating for victims of sex-trafficking.

My clothing line represents sayings I believe can inspire people. For example, I have a t-shirt that is a part of my Venting & Love poetry book series. The back of the shirt says “I’m a powerful young black man and I’m comfortable expressing my emotions.” other merchandise simply reads “Keep Your Heart Open No Matter What” as a reminder to people to do so no matter what hardships, or betrayals you may face. We must continue to Love one another. I’ve also just been named the creative director for Justice Consulting – a new consulting agency started by friends and mentors of mine. Justice Consulting works on behalf of human trafficking survivors who have been charged with crimes or incarcerated. We provide support, advocacy, expert testimony, demonstrations, planning, and referrals.

Any shoutouts? Who else deserves credit in this story – who has played a meaningful role?
God has supplied many mentors for me along the way. Growing up in Jacksonville, Florida was extremely hard and the temptation to do the wrong thing was everywhere. I want to shoutout my basketball coach, Tyrone Ferguson, my 5th-grade teachers, my math teacher from senior year, and my mentors from Justice Consulting, Samantha Floyd, Leslie F. King, and Ann Marie. It’s also very necessary to acknowledge my close friends and family, all of which continue to encourage me daily. Lastly, I need to shout out my good friend Alexis Martin in Ohio who is wrongfully incarcerated. She is a victim of sex trafficking and I encourage everyone to look up more information on her story. She keeps me going day to day with her positive outlook on life. 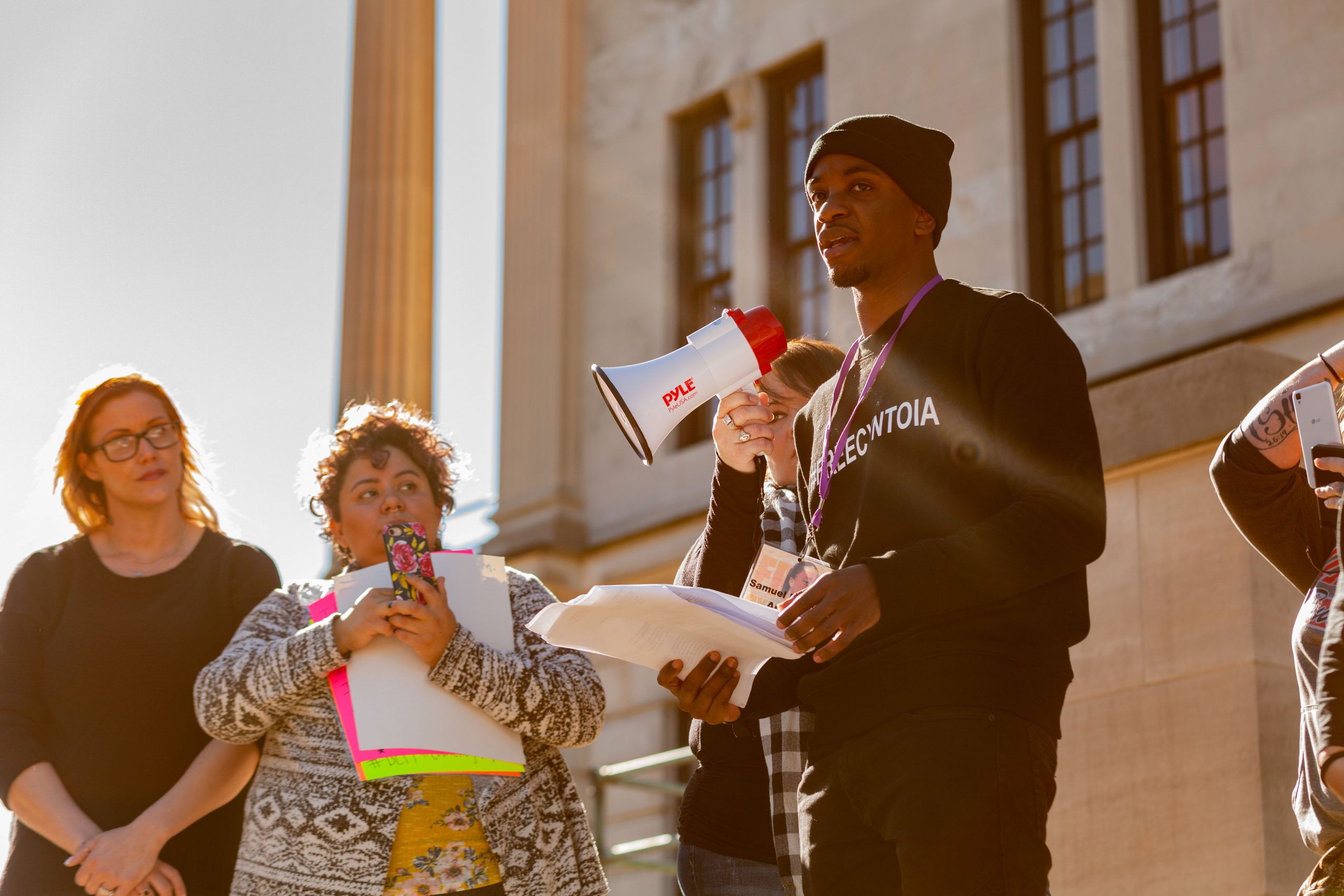 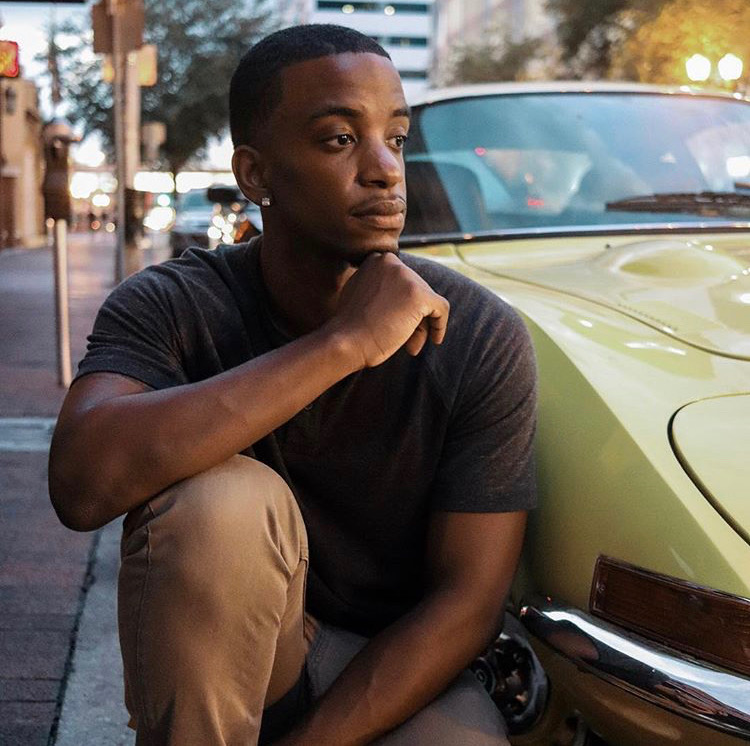 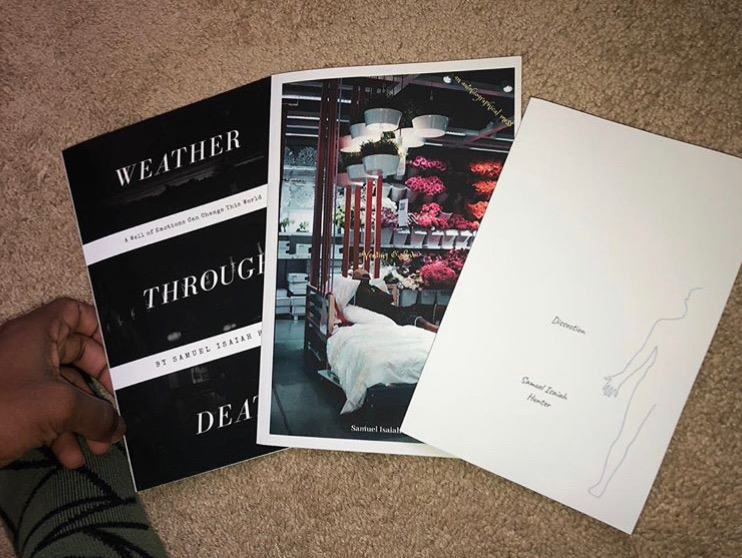 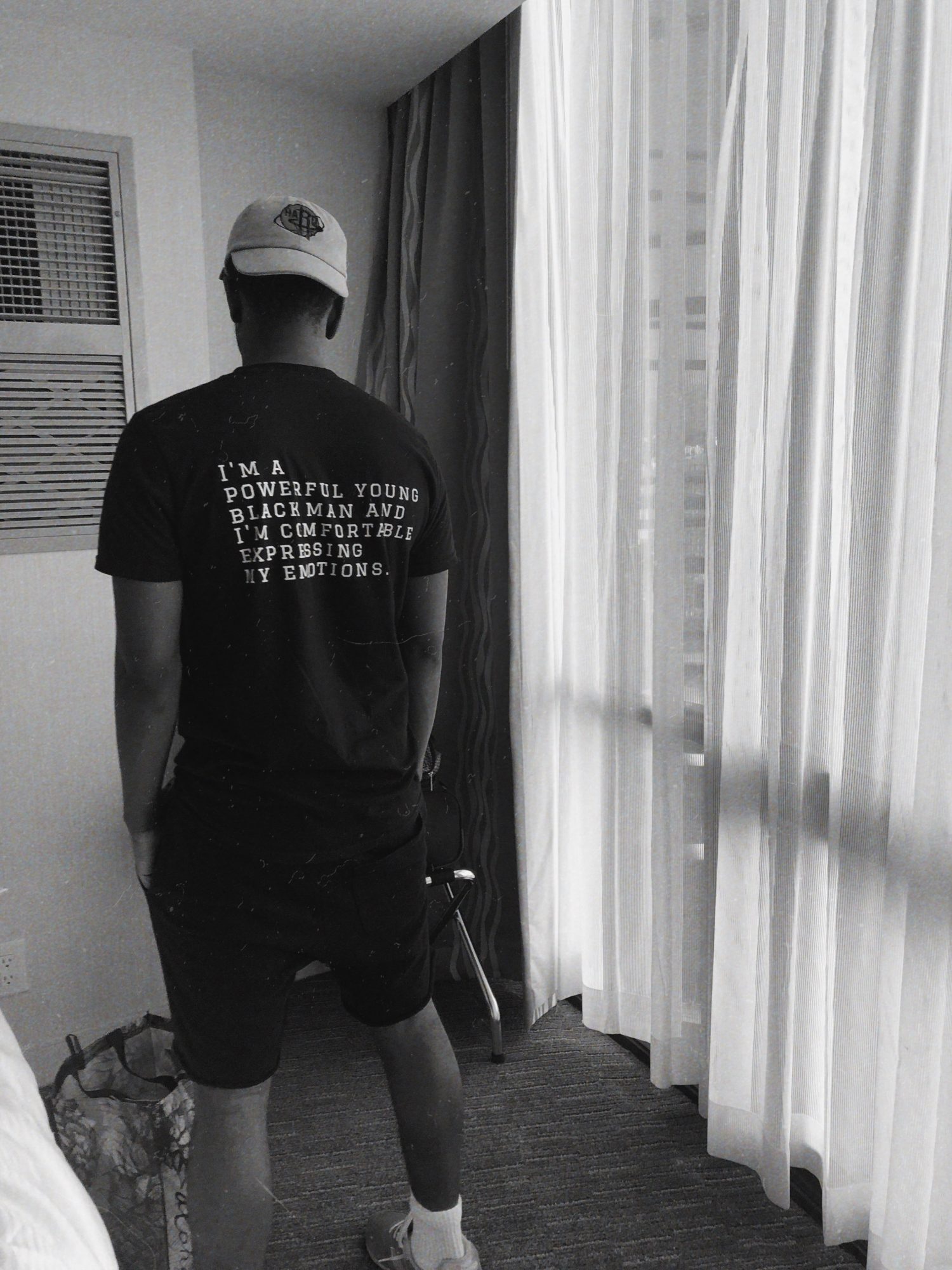