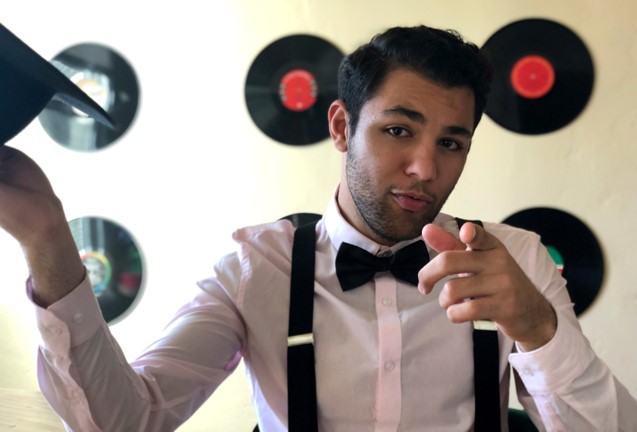 Today we’d like to introduce you to Sameh Marey.

Thanks for sharing your story with us Sameh. So, let’s start at the beginning and we can move on from there.
Picture this: A wide-eyed 9-year-old boy sitting at a dusty piano, watching his father’s fingers dancing over the keys. Each bounce filling the air with a flurry of quirky sounds that drowned out the monotonous buzzing of a busy street corner in Cairo, Egypt.

You see, I was that boy, and my father was the jovial piano man performing his rendition of the iconic jingle that accompanied a tip-toeing Pink Panther on the TV. Although it was no Bach or Beethoven, it was magic. Each note pulled me into a different world, and each unique vibration conjured a whirlwind of soundscapes for me to escape to. Music was my calling.

Today, that piano still sits in that empty house, under a stack of boxes and old figurines that lost their color, irreversibly out of tune. But, my dream rages restlessly like a ringing in my ear.

Many years, two countries, a film degree, and a guitar performance certificate later, I landed in Los Angeles, where I’ve been collaborating with many inspiring creatives, and keeping busy performing at venues like the Viper Room, the Whisky a Go-Go, and the Mint.

I was living the dream. Through living the dream, I discovered what it really meant to want to become a musician. It was something I had to constantly work for. It’s a daily grind! When I’m not performing or practicing for a show, I’m in the studio, writing, composing and recording songs for my upcoming EP.

I also regularly perform, as lead guitarist, with local Indie-Rock band, the Kosmics. This played a key role in sharpening my skills and exercising my command of the stage, as well as forcing me to experiment with genres that are normally outside my comfort zone.

Has it been a smooth road?
Although I grew up in a household of music lovers, where Egyptian classical music regularly played at every family gathering, it was not easy to convince my family that I could make a living out of my passion for music.

There was no precedent in the family — no past success stories in the music industry to act as a guide. So naturally, they were worried. I had to fight for a chance to try and blaze a trail for myself. I did it by dedicating myself regularly to my craft all while going through college to earn the “safety” degree that would pacify my parents.

And that’s what brought me halfway around the globe to Los Angeles, I won. The dedication finally paid off, years later, when my parents finally understood how serious I was about music. They ended up supporting me until I could stand on my own two feet. I could not imagine having gotten this far without their support. I did not expect it to be a smooth road, but I was still totally in for the ride.

I knew it would be tougher in a new city, miles away from anyone I knew, to build a community or a following. But at some point, my drive had outweighed my fears, and I’ve been actively collaborating, performing, and seeking new musical opportunities with a great deal of support from a community that I’ve made for myself.

So, as you know, we’re impressed with NOVA – tell our readers more, for example, what you’re most proud of and what sets you apart from others.
I go by NOVA, and I am a jazz-funk musician. I write, compose, record and produce original music. I’m that guy you can catch at a dive-bar with an acoustic guitar, crooning to my own signature jazz walking-bass style guitar-playing, then, in the same set, tear up a cover of Prince’s “Kiss.”

But when I plug in my baby-blue Fender Stratocaster, you can expect an extravagant performance backed by a full band and most likely featuring a sequined gold blazer shimmering in the spotlight.

Since I’ve gotten to L.A., I’ve collaborated with many talented and inspiring musicians who, in one way or another, have ultimately helped me put together my first EP.

I’m very proud of this upcoming project that is a culmination of everything that peaked my interest and love for music as a child, as well as everything I’ve learned and worked hard for in this chapter in my life.

From a track that pays tribute to the swing jazz era of the ’40s-’50s, to a Latin-Jazz-Funk hybrid, the songs on this EP showcase the variety of my ability as well as the full force of my character.

Some, you could say, are love songs. While others talk about more personal issues like what it’s like to be an immigrant artist in L.A. All, in one way or another, define me.

I think there’s something in NOVA for everyone. I like to put on a show, and I love connecting with people through music and live performances. My goal is to make people feel the way I felt sitting at that piano, all those years ago in Egypt.

Let’s touch on your thoughts about our city – what do you like the most and the least?
I could not imagine having picked a better city to live out this chapter of my life in. L.A. has the soul and character that perfectly complements my artistic journey. I live smack-dab in the middle of Hollywood, and I feel like I’d have to be dragged out of there if I were to move away.

Its restless spirit is what initially drove me to get out there, do things I normally would not have done, and consequently, achieve things I never thought I could accomplish.

Hollywood has a way of pushing me out of my comfort zone. As a result, I’ve met a lot of interesting people, collaborated with many musicians and creatives in general, and learned a lot about the industry I’m in through hands-on work and experiences.

Through all these experiences, I’ve learned the most about myself. I learned how to deal with all kinds of pressuring situations, and I’ve grown (infinitely) as a musician under the wings of the city of angels.

What I love most about this city is that it’s like an ever-changing stream. The minute you step out of your house, all bets are off regarding what situation you might find yourself in by the end of the night. Like trying to cross a river close to the waterfall; you can try to steer, but L.A. will take you to places you never thought you’d love to be a part of. 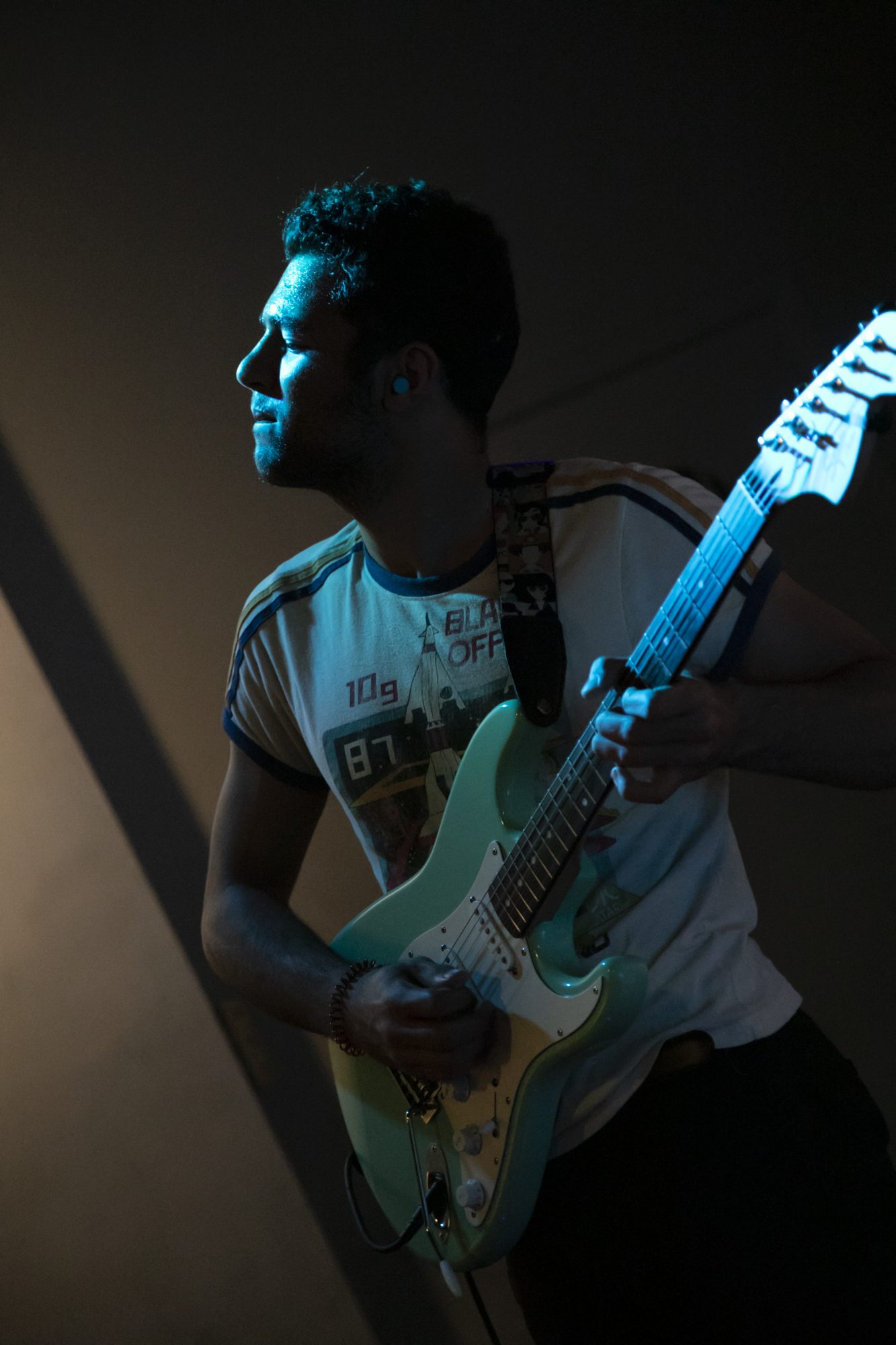 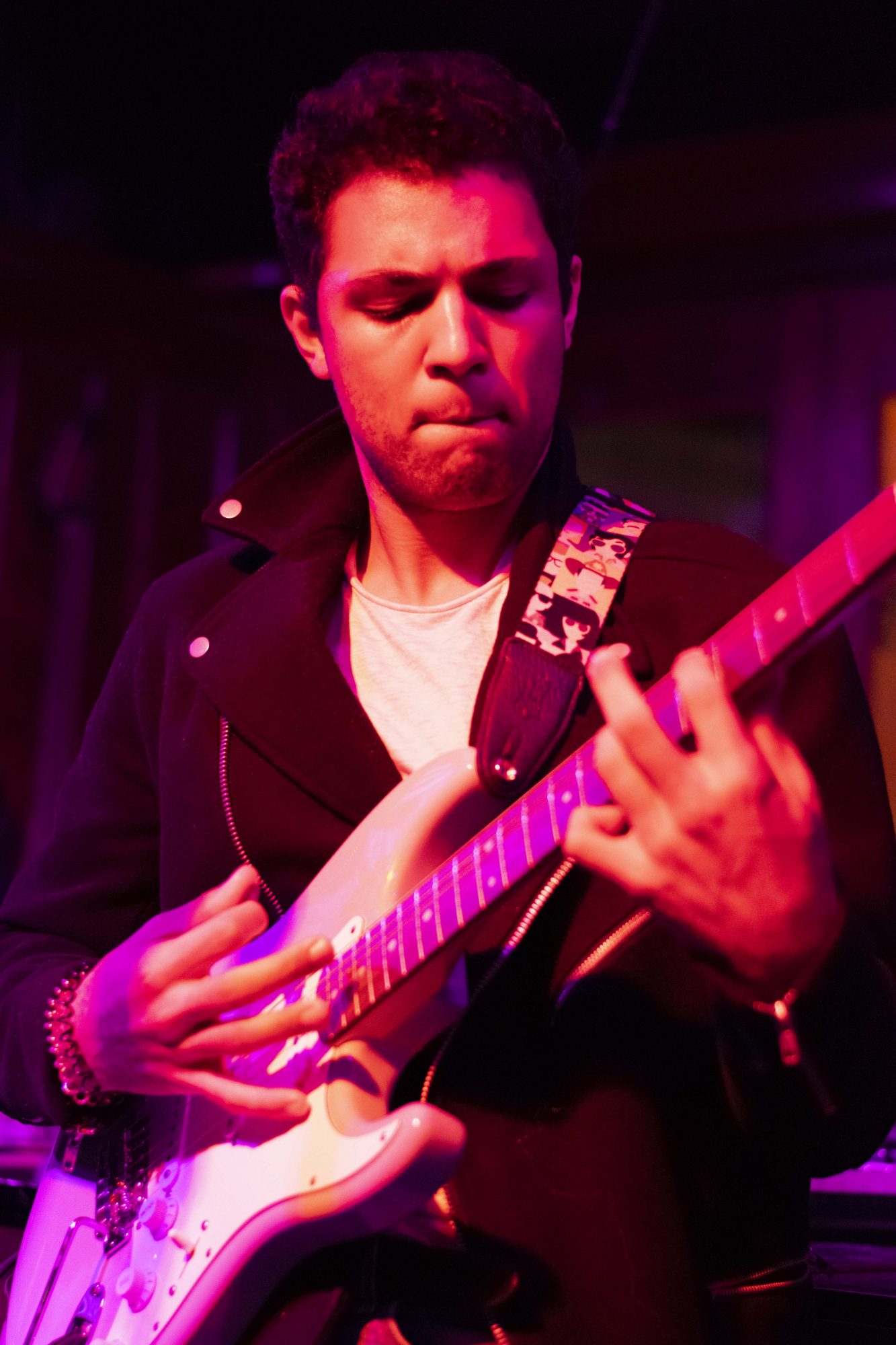 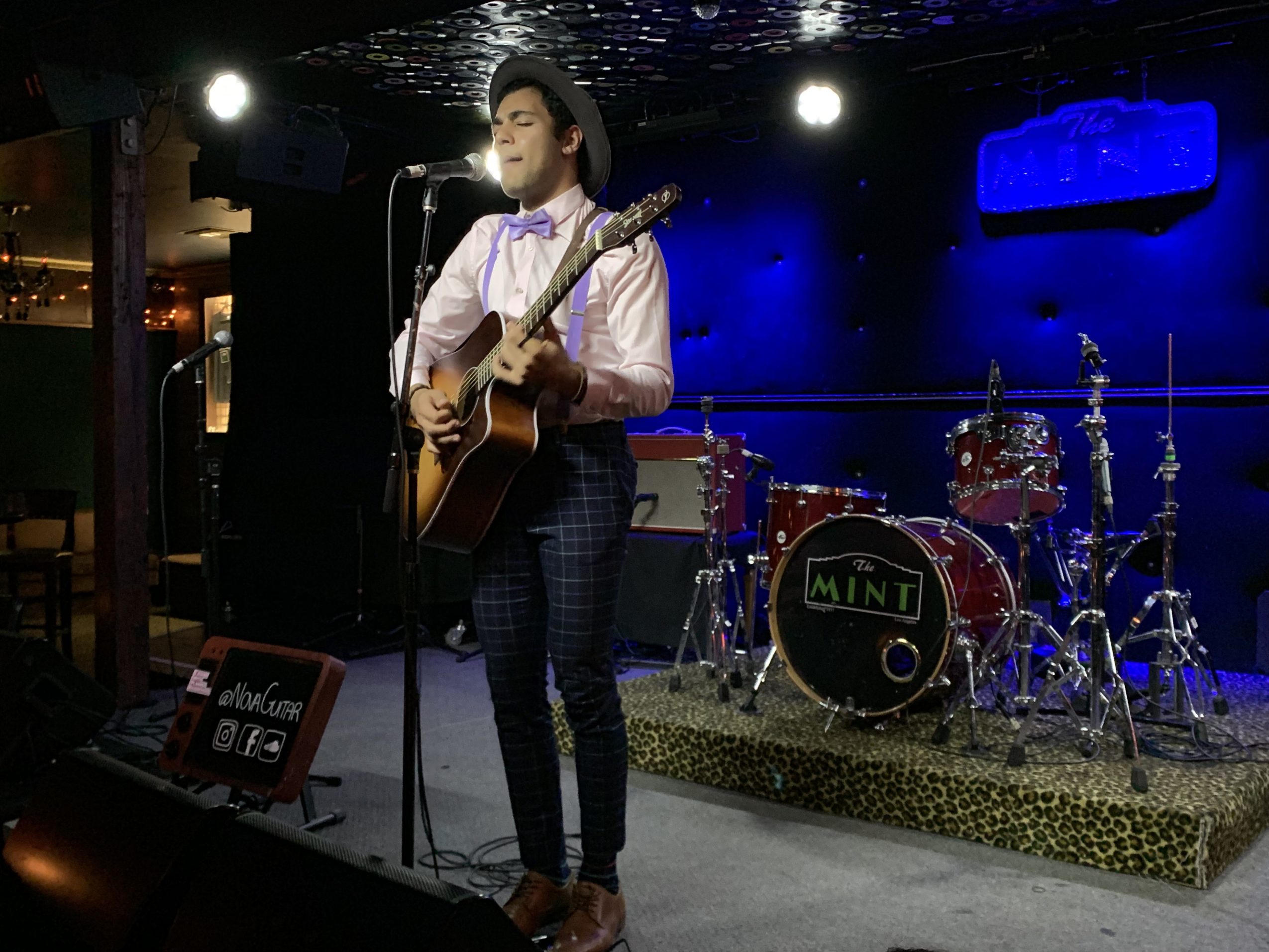 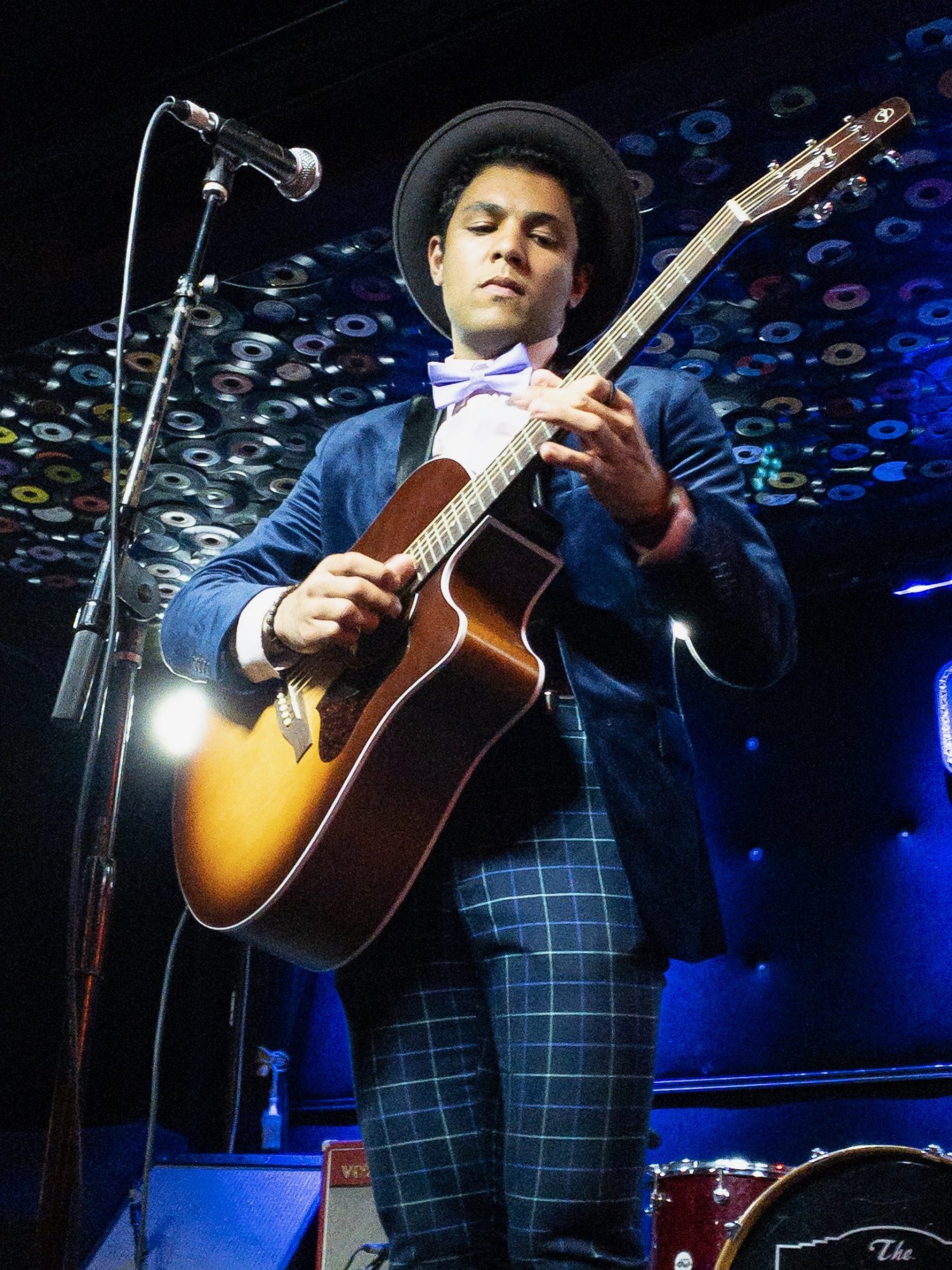 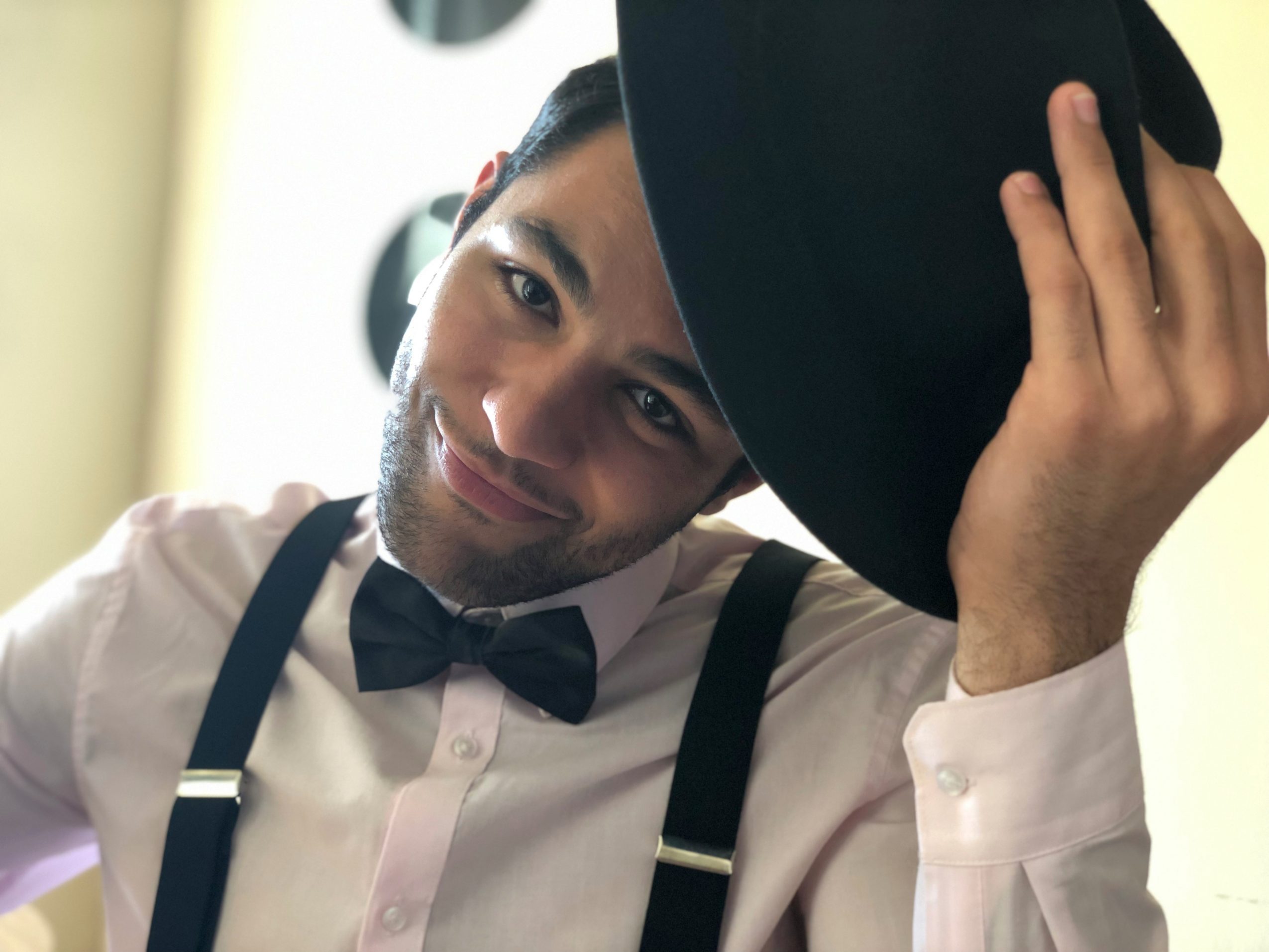 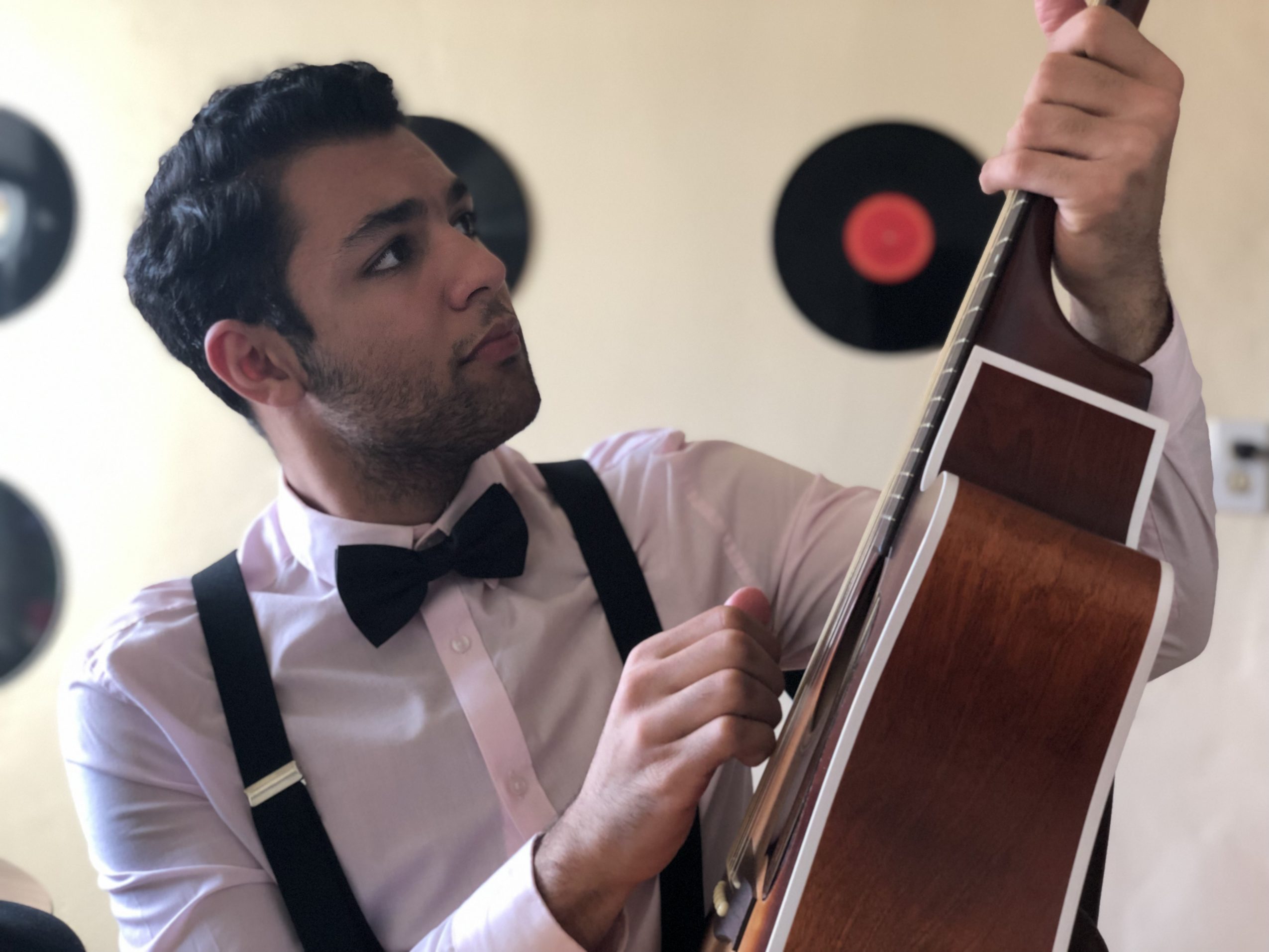 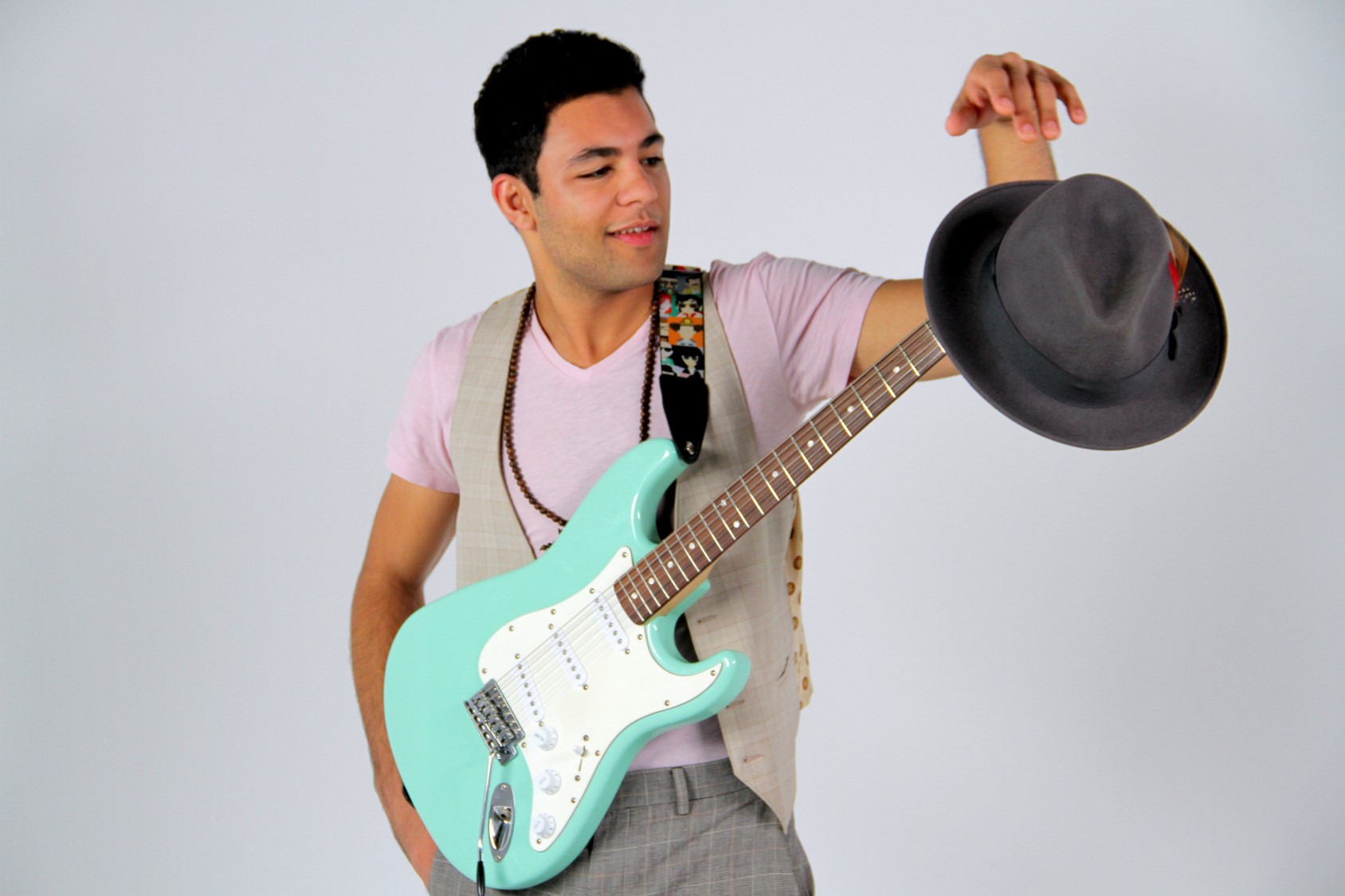