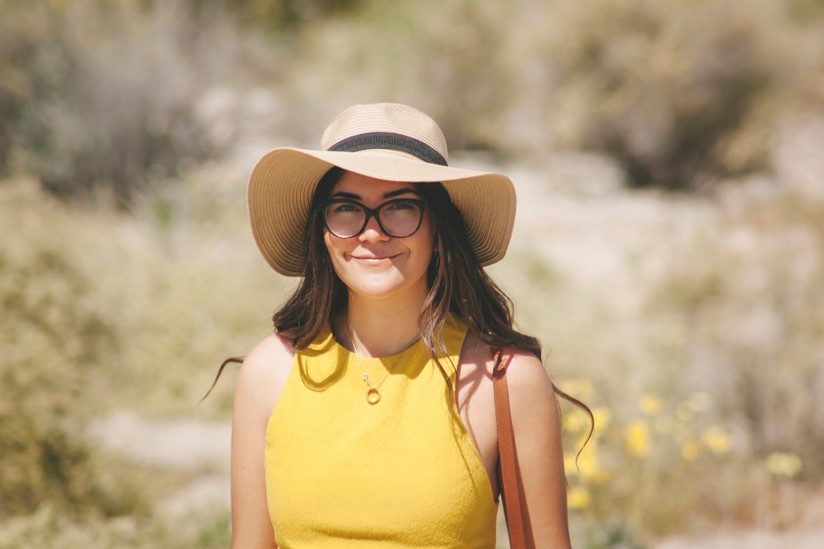 Today we’d like to introduce you to Samantha Villavicencio.

So, before we jump into specific questions about the business, why don’t you give us some details about you and your story.
I began my advertising career back in Miami about five years ago. I’m originally from Venezuela, but I moved to the States in 2010. I started working for a luxury design firm in the Miami Design District and then moved on to work for one of the top Hispanic Advertising agencies in the country. There, I was trained as a Social Media Creative, a hybrid between an Art Director, a Copywriter, Producer and Community Manager focused on Social Media.

During my time in this agency, I got to work with brands such as Walgreens, Dunkin’, Chase, Ford and more. I created social media and digital advertising campaigns that went all the way from the beginning (idea conceptualization) to the end (community management). This is how I fell in love with Social Media.

Social Media gives you something that no other platform can give you; it shows you real reactions in real-time. You get to see what resonates with your audience, what works, what doesn’t, what makes them angry, what makes them laugh, cry, etc. For some reason, people tend to be very expressive and have strong opinions about anything they see in Social Media. I personally believe that it’s because it’s really easy to speak your truth when you’re behind a screen. It makes you feel safe and unleashes your inner critic easily. So, thanks to this, I got to learn a lot about what my audience felt, what it wanted, what it needed, and what it was looking for.

Back in 2017, I decided to move to Los Angeles. I had already been in LA 3 years before, during a summer internship that I participated in, part of one of the most prestigious awards from the American Advertising Federation; the Betty & Lee Stickell Award. This award recognized the top 16 Ad students of the country in 2014, and I was honored to be one of them. That year, the AAF sent me to Santa Monica to work as an Art Direction intern for Orci, a renowned Hispanic agency that’s been around for more than 30 years and has worked with clients such as Disney, Coca Cola, Honda, and others. It was my first time in LA and I quickly realized this was the place for me.

A couple of years later, after graduating college and starting my professional career in Miami, I came back to the city and to the agency that gave me my first experience in the advertising industry ever. I brought all my knowledge about Social Media to Orci, which was exactly what they were looking for. Their SM department was slowly growing, and I helped shape the way we do things, the processes, the structure, and most importantly, ways we approached the creative for our Honda, Acura and Dole Sunshine clients.

During this short time at the agency, I’ve been able to increase all our clients’ Social Media numbers importantly, thanks to what I learned back in my previous one. A good example of this success is our Dole Sunshine Latino Facebook platform, which went from 30,000 followers to more than 77,000 in just two years. Our Mom Sayings campaign has been a huge hit within the female Hispanic population since it’s been able to help us connect emotionally with them. And our pineapple recipes with a Hispanic twist have been extremely popular as well.

As for Honda, we’ve been able to grow the account and reach a Hispanic consumer that’s key to the company’s success in many ways. We’ve got to work with Hispanic artists, celebrities and influencers, such as LeJuan James, Gustavo Dudamel, Farid Rueda, and many more who are changing the way our community is perceived in the country. And, although we still have a long way to go, today I feel proud of being part of a group that constantly works to elevate this perception of the Hispanic community, and of all the things I’ve been able to accomplish in such short period of time.

Overall, has it been relatively smooth? If not, what were some of the struggles along the way?
Oh no, my road has never been smooth! Coming from Venezuela, a country that’s been hit with the worst economical, social and political issues of the era, things have never been easy for me. I was basically forced to leave the place that I loved so much, my people, my culture, my warm Caribbean Sea, and so much more because of the implanted hatred and crazy danger that my country was suffering of. I had to learn how to live far away from my loved ones, how to do things on my own, how to adapt to a new culture and a new country that opened its doors to me.

Since I was an international student for some time, I had no way of generating money, so it was all up to my family back home. And that was almost impossible. Inflation levels are ridiculously high in Venezuela. The government took all access to American dollars from us, and it became harder and harder for me to see the light. I confess that, at some point, I thought I wouldn’t even be able to graduate. My dad was under so much stress that he fell ill, and I felt I was to blame. As an international student, you can’t get access to loans or any kind of financial aid. You have to pay for the entire semester before starting class, so this was an extremely difficult situation for us, and caused me a lot of mental pain.

Luckily, everything worked out. And thanks to the sacrifice of my family and my hard work and perseverance, I not only graduated in 2015, but I was the top Advertising student of my class.

I’m happy to report that things have been a little smoother since then. But with everything that goes on back home; all the suffering, the killing, the misery of my people, it gets really hard from time to time. Especially since my family is still there.

Alright – so let’s talk business. Tell us about Orci Advertising – what should we know?
Orci is an advertising agency that has successfully launched over 30 brands into the Hispanic market and worked with 90+ brands overall. As I mentioned before, I specialize in the creative side of Social Media, creating ongoing content and social campaigns to serve clients’ needs.

I think that what sets this company apart from others is that it doesn’t focus on creating content that will win awards and recognition that only feed the ego, and not what the clients are looking for. We really care about our brands and giving them the best of us. We strive for excellence, but don’t really care about showing it off.

I came from a world that was obsessed with the award-winning culture. Here, I learned that there are more important things that creating something just for that. Especially since it is always the same people, giving awards to each other, more like a popularity contest.

Any shoutouts? Who else deserves credit in this story – who has played a meaningful role?
I’m lucky enough to count and have counted with numerous mentors, supporters, cheerleaders, and teammates along the way, who have played a huge role in my success. Starting with my parents, my biggest fans, who not only supported me when I decided to move to the US but also did everything they could to see me get to where I want to be. And they still do. The rest of my family and my friends, who are the first to celebrate my victories, even before myself. My first mentor ever, my Ad professor, Albena Petrus, who taught me everything I SHOULDN’T do. She was tough, but she pushed me to the point that, thanks to her, I got my award and came to work to LA. I’ll always be grateful for her. My first ever strong independent boss woman, Manu Gabaldón. An empowered Venezuelan who taught me everything I know about being a Social Media Creative. My very own Lorena Coyle, a super-woman herself who keeps telling everyone she meets that knowing me is better than winning the lottery. And my husband, who’s also my number one fan and celebrates my success every day. He cries when I do something badass. It’s pretty cute. 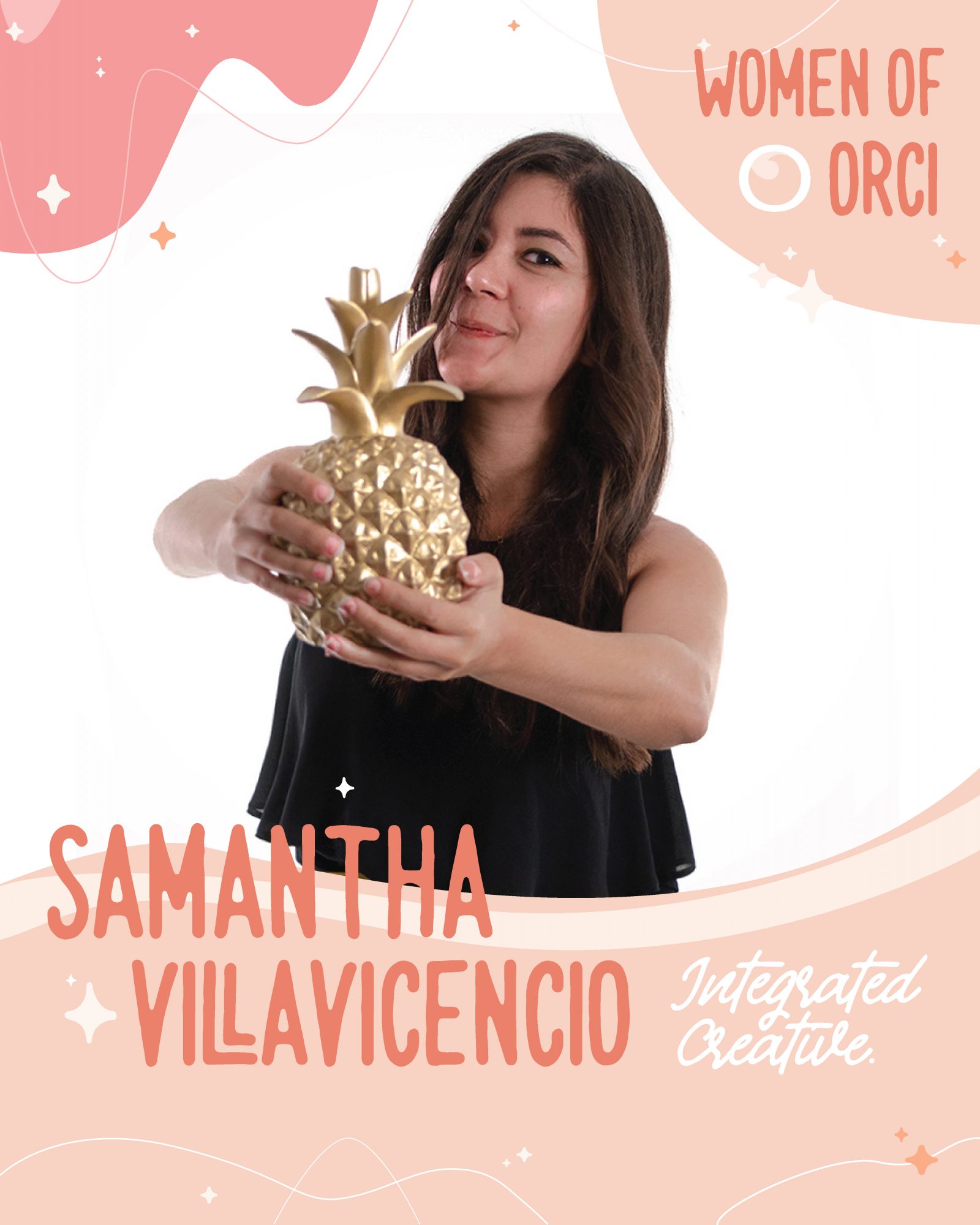 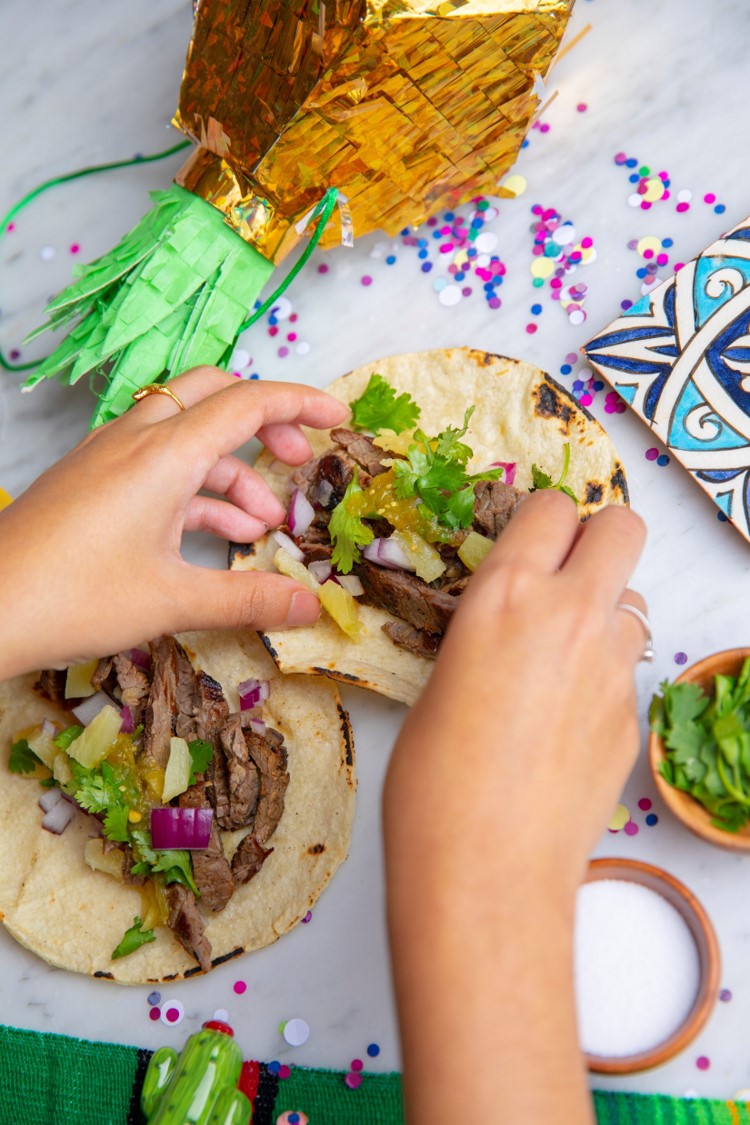 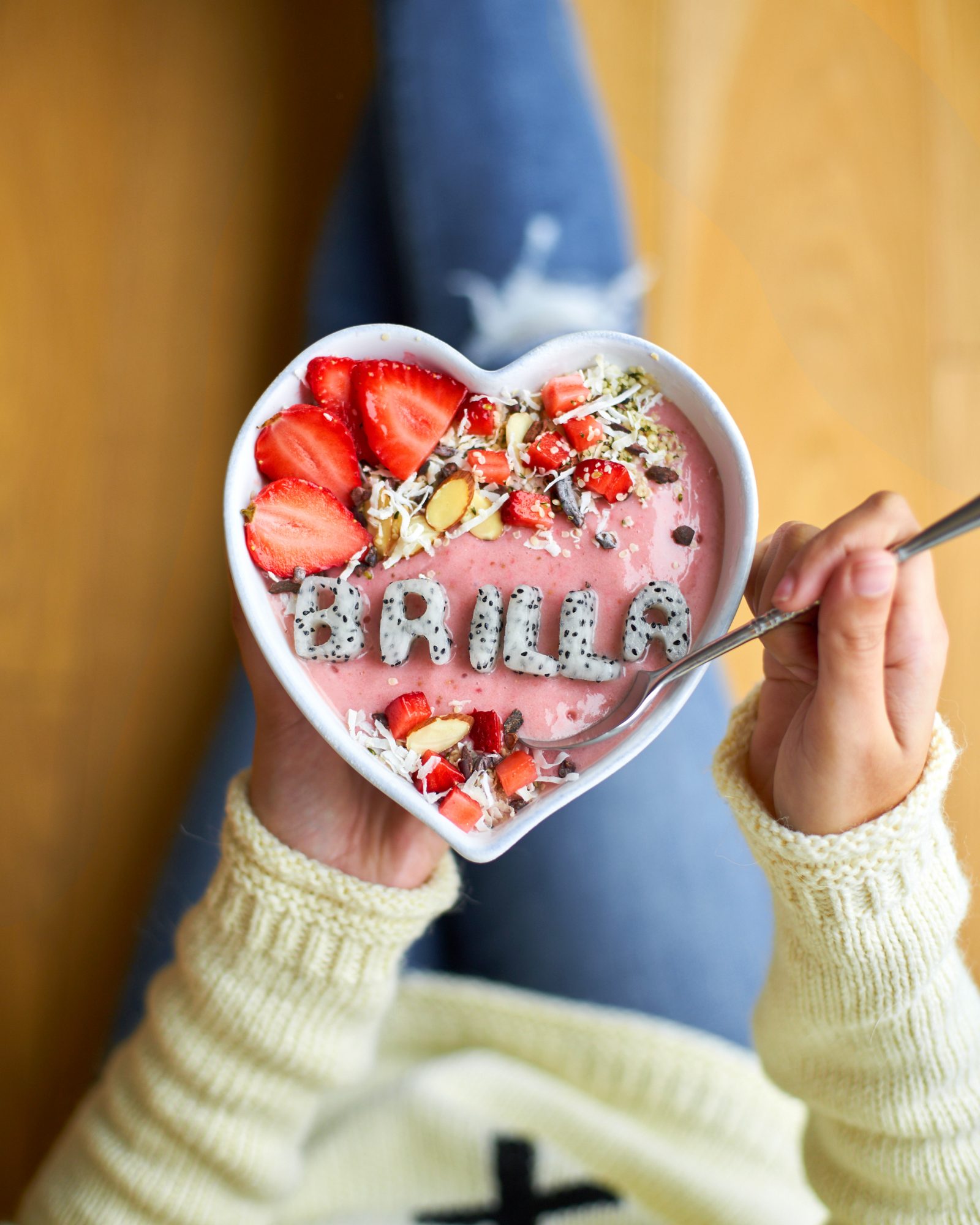 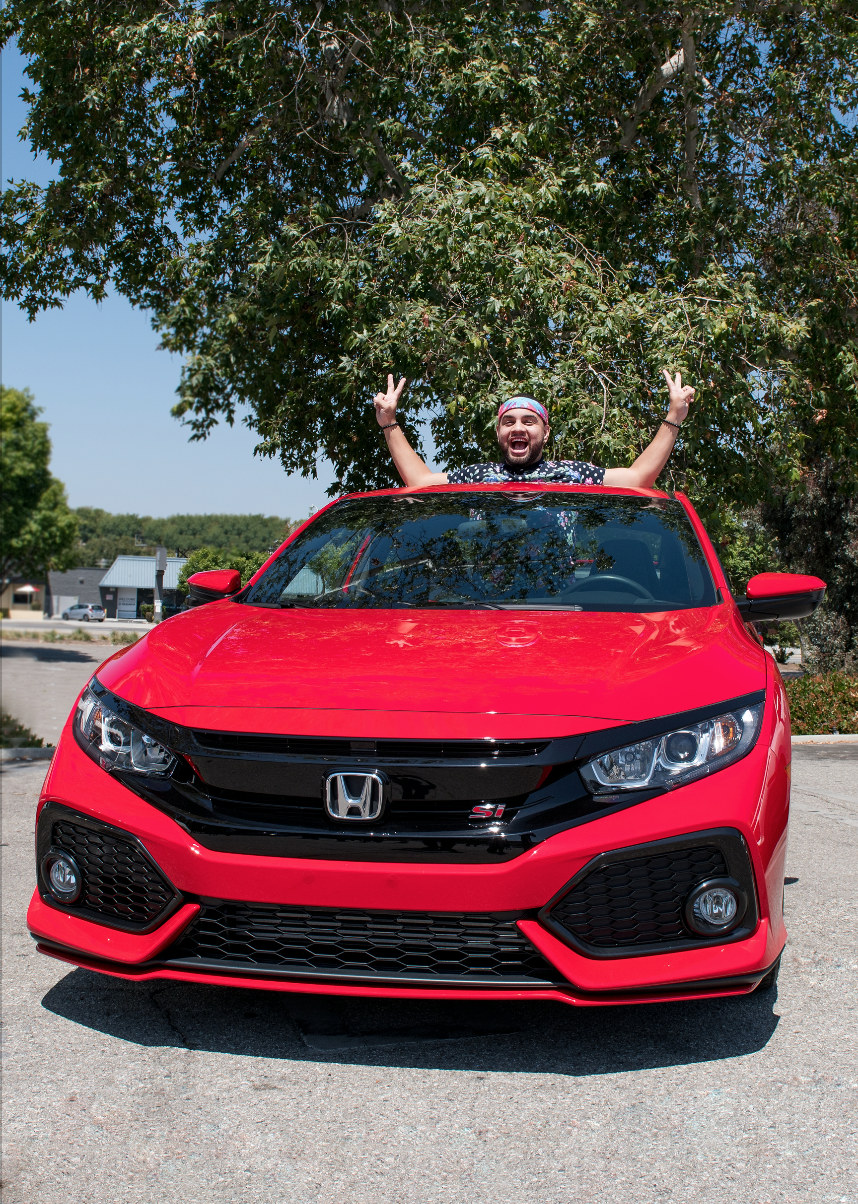