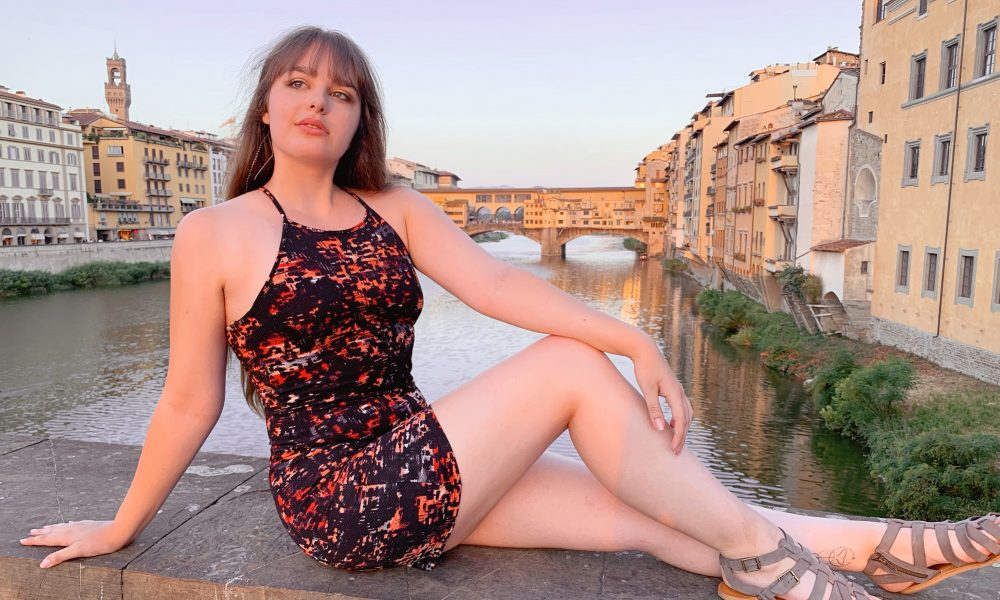 Today we’d like to introduce you to Samantha Reed.

Thanks for sharing your story with us Samantha. So, let’s start at the beginning and we can move on from there.
I’ve been acting since the age of four when I played Becky Thatcher in a children’s production of Tom Sawyer at Garbeau’s in Sacramento. I kept performing whenever I could, whether it was singing in a church choir or participating in school plays. My first big opportunity came when I took a voiceover class meant for adults, and the teacher refused to let me into the class unless I came and auditioned for her privately. I went into her home studio and read for her, and at the end she said that she wasn’t going to let me into the class because I didn’t need it. Instead, she recommended me to a voiceover agency with a local branch, and I started booking gigs. I voiced multiple toys, I did several spots for national radio, and I even got to do an audiobook for Sesame Street.

But the coolest opportunity I got was to replace Dakota Fanning as the voice of the Smithsonian National Zoo’s Panda Trail guided tour. That was an insane day. I missed school to go stand in a booth for hours and read what felt like thousands of panda facts into a mic while someone across the country listened and gave me notes. That started my thirst for creation; when you’re standing there just working, the stress and exhaustion gives way to a kind of euphoria. I took that euphoria and I’ve been running with it ever since. I did theatre all through high school and auditioned for colleges, and I couldn’t be happier that I ended up at Chapman. I got Amber Steigelfest, my writing partner, randomly assigned as my roommate freshman year, and we’ve been creating ever since.

We’re always bombarded by how great it is to pursue your passion, etc – but we’ve spoken with enough people to know that it’s not always easy. Overall, would you say things have been easy for you?
When I was ten, I was in a production of The Phantom Tollbooth as Tock. The role involved a lot of growling and a gruff character voice, which I absolutely loved. I was already aware of my character acting, and I worked on producing the voice for weeks. Until one day, in the middle of rehearsal, my voice cracked and wouldn’t come back. When it did, it was rough and raspy for long enough that my mom freaked out and took me to a doctor, where it was revealed that I had pre-nodules on my vocal cords and had to go on vocal rest for multiple weeks. Obviously, as a child, that’s not necessarily a logical thing to do, but going through that taught me invaluable self-control. I know my limits now, and I’m not afraid to speak up if I feel like a director is putting me in a situation I don’t feel comfortable with.

Speaking in recent terms, the coronavirus definitely threw a wrench in my plans. I was lined up to be in the premiere cast of A Summer In Madtown (an original song cycle produced by Michael Gribble), I was a lead of a multi-episode webseries, I was in a selection of Shakespeare scenes, I had been in four shows the semester prior… things were going well, and lockdown definitely put an end to that. My mental health has been suffering because I’m the type of person who likes to have 17 projects going on. It has been a daily struggle to get up and keep going, but I’ve been struggling every day to carry on creating and producing content that I can be proud of. Michael reached out and said he wanted to do a virtual production of Madtown, which gave me a wonderful new outlet for creativity, and Amber and I have been writing sketches that we’ve been producing during quarantine and longer-form scripts that we hope to put into production after life returns to normal. I don’t say hopefully, because it will. Art always finds a way.

So, as you know, we’re impressed with Archetypes – tell our readers more, for example what you’re most proud of and what sets you apart from others.
Archetypes is a creative outlet co-founded by Amber Steigelfest and myself that prides itself on providing a space for creators whose work and interests are multifaceted. Though it’s only been around for a little over a year, we’ve been able to produce multiple shows written by us and by our peers (including the virtual premiere of A Summer in Madtown, available on YouTube now). Probably the show I’m proudest of to date is “kinked.”, which we wrote, directed, and produced in Memorial Hall at Chapman in September of 2019. That show addresses the stigmas around sex our society has and deals very heavily with themes like, well, kinks, but it also talks about love and relationships in incredibly deep and meaningful ways that you might not necessarily expect from a show that is very overtly about kinky sex. “kinked.” is a huge passion project for Amber and I, and we’re hoping to take it to LA Fringe whenever live theatre can reopen.

So, what’s next? Any big plans?
I’m hoping to produce a one-act I wrote about the Reykjavik Confessions right before quarantine began. It’s about police brutality and coercion, which is more timely now than I ever could have suspected when I started writing it. It’s set in the 70s in Iceland and is inspired by a true story, and it calls into question the lengths to which people will go to feel safe.

I’m also currently filming Panthers in Paradise, a webseries I was cast in pre-coronavirus that we have been working very hard to continue filming in a safe and socially distant way. We actually just filmed an episode a few weeks ago; every member of the cast and crew got tested before filming, and we all wore masks every time we were not specifically on-screen. That gave me faith that acting can continue on, even if not in quite the way it existed before. I’m also lined up to act in a few theatrical things post-COVID or whenever live theatre reopens. Speaking of live theatre, I’m really looking forward to seeing shows again.

Other than that, Amber and I have been working on the first season of a sitcom currently titled Seeing Someone, which we’re hopefully going to begin shopping around to people very soon, pending us both having drafts that we’re entirely satisfied with (which could take a while). We’re both very specific and have very strong opinions, which is perfect in a team, but sometimes we have to remind each other that collaboration means compromise. I tend to forget that more than her- sometimes I’ll latch onto an idea and refuse to let it go, and she’ll remind me that there’s more than one way to cook an egg. (Not that I like eggs, but the metaphor holds.) 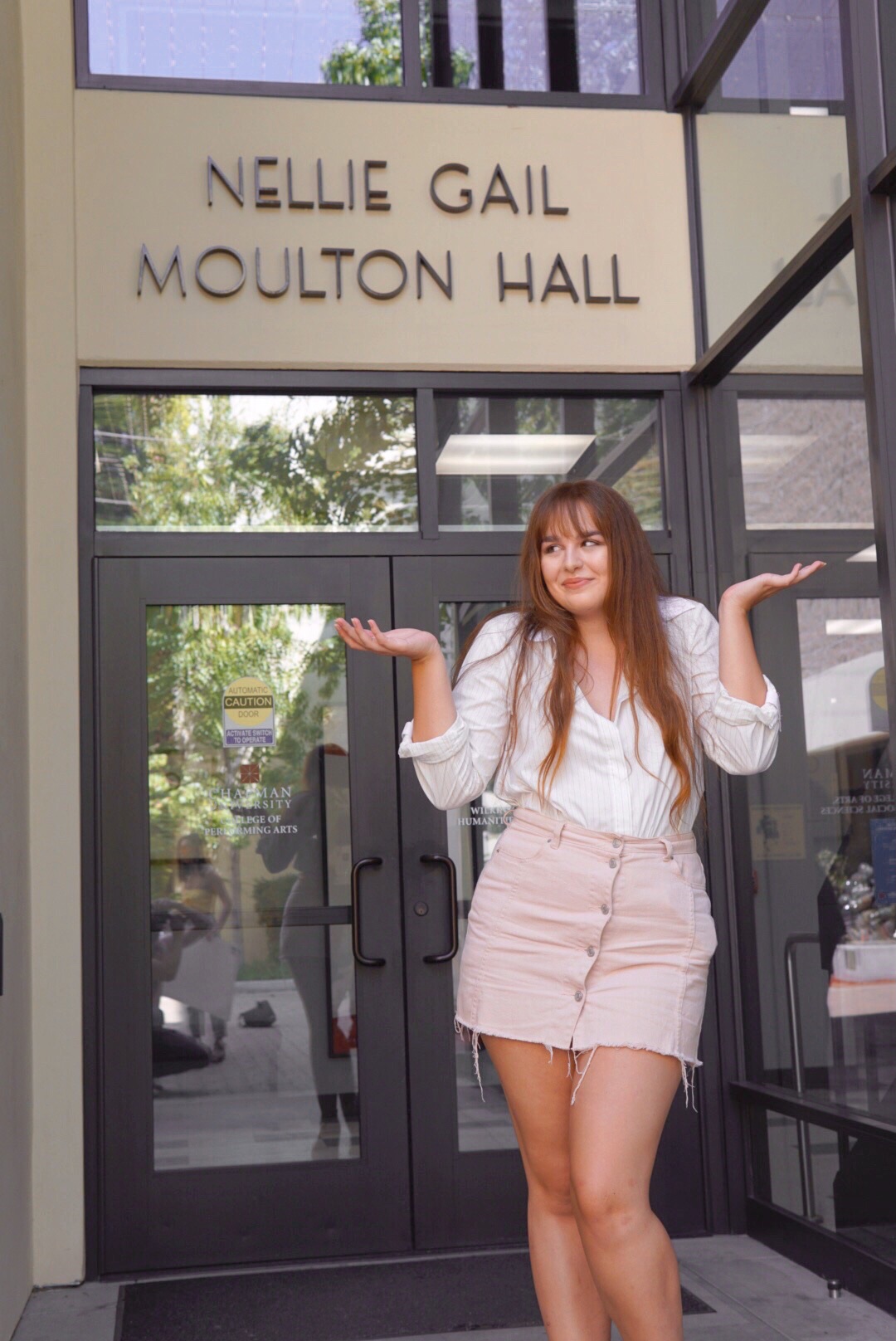 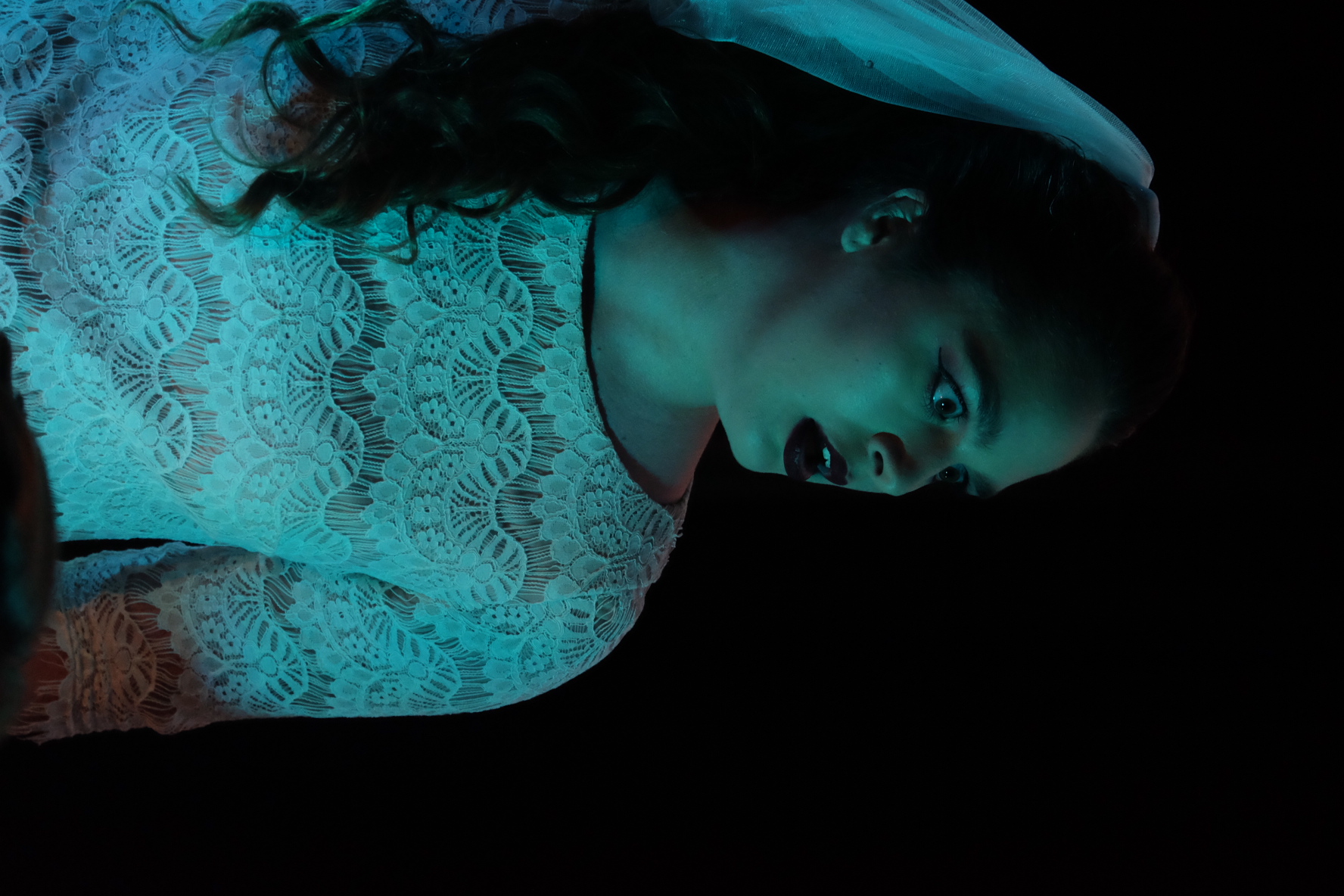 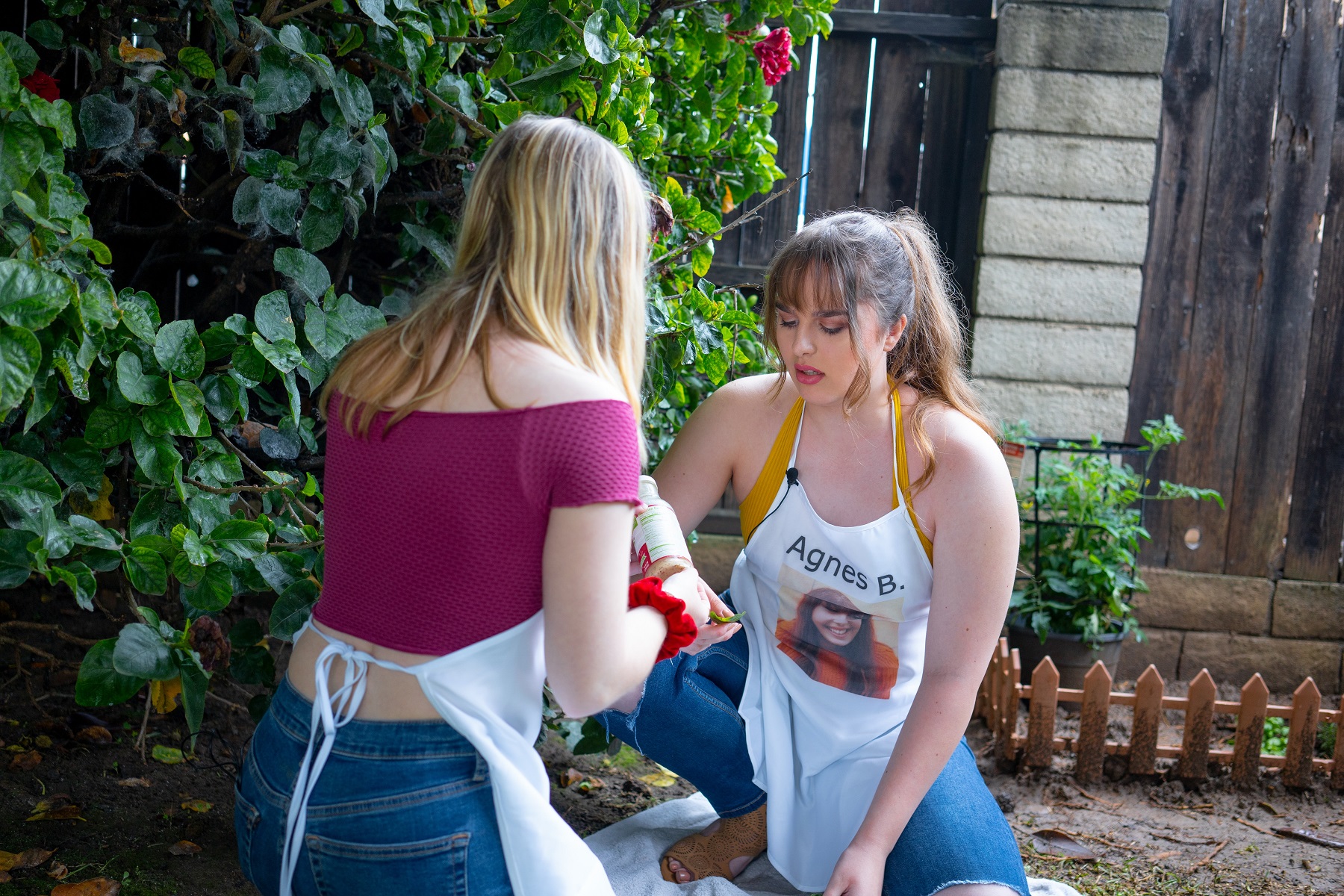 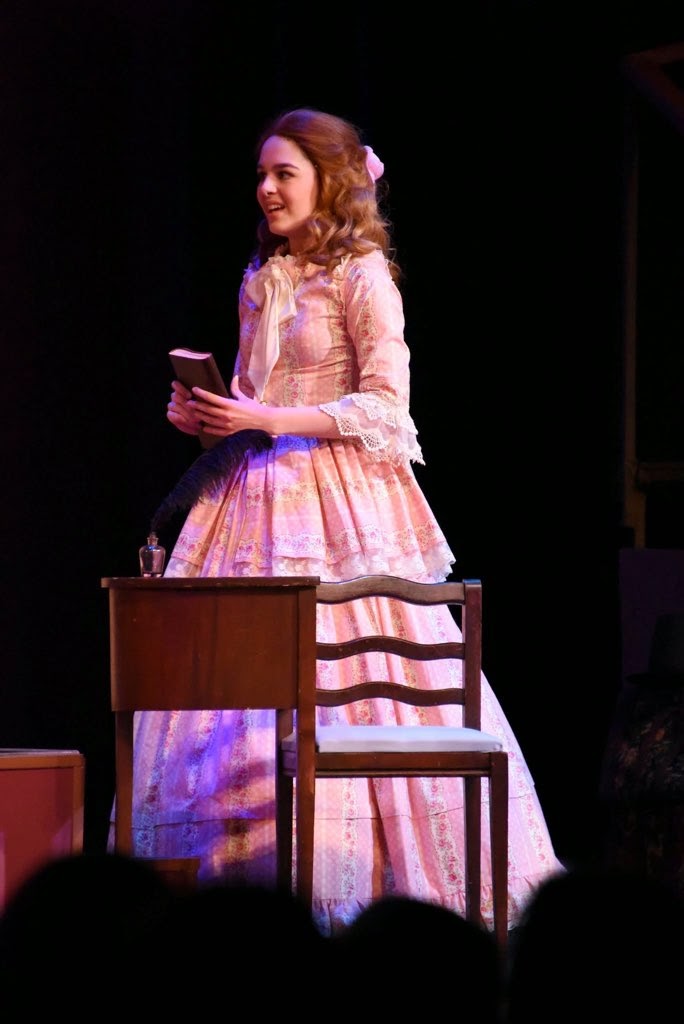 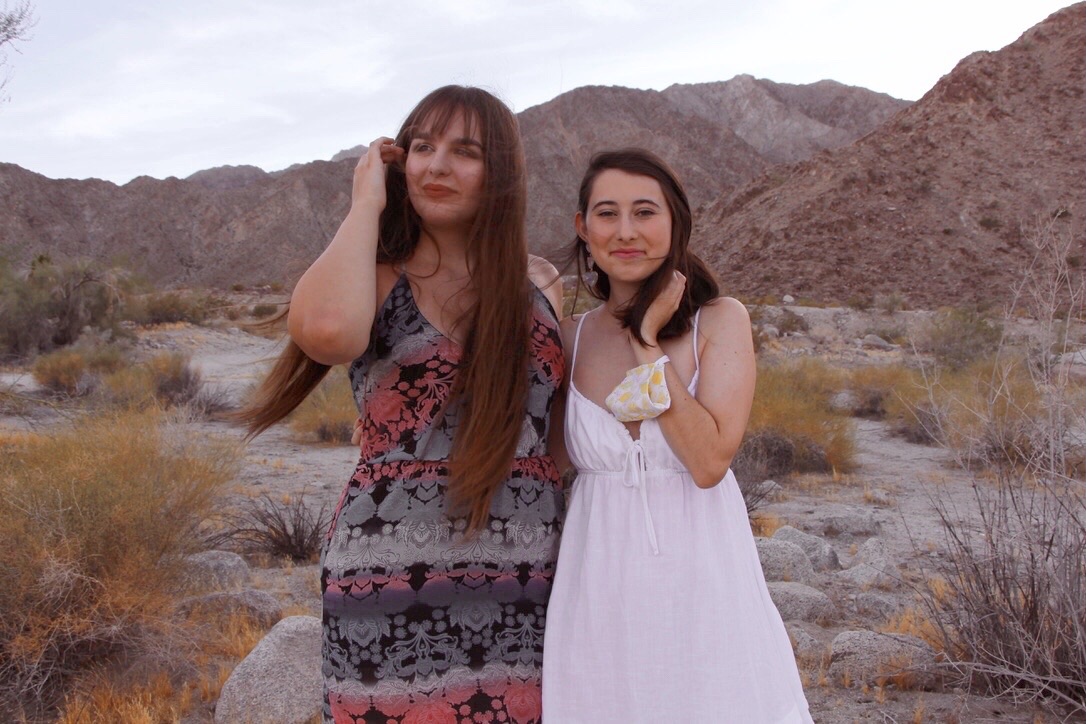