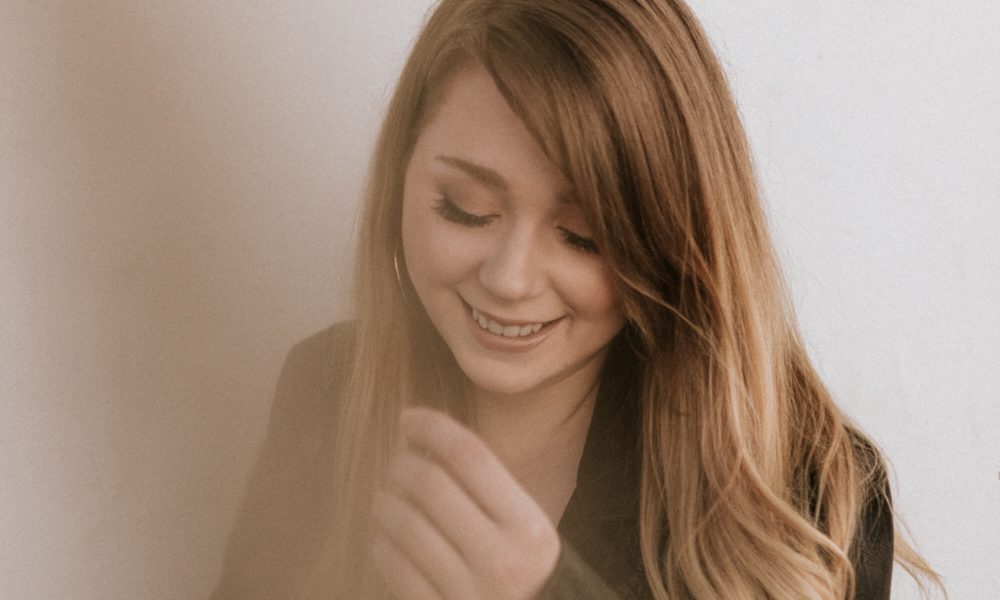 Today we’d like to introduce you to Samantha Ceglarek.

So, before we jump into specific questions, why don’t you give us some details about you and your story.
I don’t really remember a time where music wasn’t something I wanted to pursue. I’ve basically been singing since I could talk and knew from a young age that I wanted to be a songwriter. I have a lot of memories of being in the back seat of my dad’s old Camaro, driving around, blasting his cassettes and singing along with him and I do think that had a huge influence on me. My dad played “The Way” by Fastball a lot. I remember hearing it for the first time and being really curious about the songwriting and storytelling. I was about seven then and that might have been the moment where I knew I wanted to be a songwriter.

I started writing and taking voice lessons when I was nine. I’d put on shows at my elementary school during recess by the baseball field, somehow convincing the other kids and my teachers to come hear my songs, which I enlisted my best friends to learn and sing with me.

I’m originally from Chicago and when I was 12, I auditioned and was lucky enough to be a part of the children’s chorus for the Chicago Lyric Opera’s production of “Tosca.” It’s one of my most valuable experiences and it was a privilege to share the stage with some of the world’s most distinguished and renowned opera singers let alone, be on that stage at all.

I was a freshman in high school when Sara Bareilles’ “Love Song” was featured as iTunes’ “Free Single of the Week.” Immediately when I heard it, all I wanted to do was learn how to play piano like her. I got a keyboard my junior year and started to teach myself. I took three months of lessons but was super impatient and wanted to jump right into learning how to add the chords I heard in my head to the melodies of my songs and skip learning technique all together.

Throughout middle school and high school, I performed any chance I could. When I found out about Berklee College of Music in Boston, Massachusetts, getting accepted was all I was determined to do. I was fortunate enough to be accepted and graduated in 2014 with a degree in Songwriting. Berklee was incredibly transformative for me as a songwriter. During my junior year, I released my first EP under a stage name. While I was there, I studied under Grammy-award winning singer/songwriter, Paula Cole. It was surreal because I would make my mom turn the radio up in the car when I was younger any time her songs came on, so it was an honor to learn from her.

After graduation, I stayed in Boston for about another year and made the move to LA late in 2015. At the time, I was finishing up my second EP, which was difficult since everyone involved was on the east coast. Because of that, I didn’t release it until 2017 (also under the same stage name as my first EP).

I’ve continued to write and gig over the last four and a half years here and released my first single since my last EP, “You Make Me Sick” in March of this year. I used a stage name before because I felt my actual name wasn’t marketable, but that isn’t something I care about anymore. I’m more concerned with making sure the music I’m producing is authentic to me as a writer and as a person. Currently, I’m working on new music I plan to release later this year.

Overall, has it been relatively smooth? If not, what were some of the struggles along the way?
I struggled with a lot of social anxiety throughout high school and into my early 20s. Despite having plenty of great friends, I definitely isolated myself. While it made me focus more on music, it definitely hindered me.

I was always itching to get out of my hometown. Not because there’s anything wrong with it, I just didn’t feel like I was supposed to be there. So when I got accepted to Berklee, moving to Boston was a dream come true but also terrifying. I knew no one there and thinking about trying to make new friends was daunting. But Berklee was my dream for so long so there was no chance that I was going to miss the opportunity to go to school there.

Berklee felt like a completely different planet. While it was inspiring to be surrounded by so many incredible musicians, it was petrifying more than anything for me. I’ll never forget my first week there, walking down the practice room hallways and hearing everybody practicing. Everyone was so strikingly talented. I just remember thinking “How did I get into this school? I don’t belong here. They made a mistake. I’m not talented enough to be here.”

That self-doubt and fear grew to be so paralyzing that I never fully took advantage of all the opportunities Berklee had to offer. I became more afraid of rejection than ever before. I barely auditioned for anything. In my head, I didn’t want to “embarrass” myself by walking into an audition, thinking people would wonder how I had the audacity to even think I had a shot at whatever it was I was auditioning for. It got to a point where I hated practicing because I was embarrassed by my own voice. It’s something I’ve worked really hard to overcome and I actively remind myself not to judge how I sound.

I think imposter syndrome is something every creative constantly struggles with. Because everyone felt so much more advanced than me, I felt like I couldn’t even call myself a “songwriter.” Convincing myself otherwise took a lot of time and conscious effort. You really have to adopt that “fake it ’til you make it” mentality. So, the way I overcame that was forcing myself to call myself a songwriter over and over again, especially any time somebody asked what I did. I’ve never doubted it since.

Just like moving to Boston, moving to LA felt like something I wasn’t sure if I could do. Los Angeles constantly makes you question whether or not you’re supposed to be here, if you’re dreams are worth pursuing and if you’re wasting your time. To say that it can be immobilizing is an understatement. Your confidence can waver daily and I’m constantly going through bouts of self-doubt, but I’ve never been able to see myself doing anything else with my life. So while it’s been debilitating at times, I try to stay inspired, remind myself of why I’m here and that these feelings of uncertainty are just a wave you kind of have to ride out until it passes.

If you had to go back in time and start over, would you have done anything differently?
I do think that everything happens the way it does for a reason. I often wonder what my fearless, ridiculously self-assured, nine year old self would have thought of me during those years that I spent never really putting myself out there and so heavily doubting my ability as a singer/songwriter. My confidence was unshakable when I was young. There have definitely been times where I’ve been disappointed that I didn’t handle that better but I also remind myself that I did the best I could at that time.

More than anything, I wish I hadn’t been so incredibly hard on myself. So if there’s anything I wish I could change that would definitely be it. With that said, I’ve grown so much since that time in my life and I’ve never felt more strong as a writer/artist or more sure of who I am. 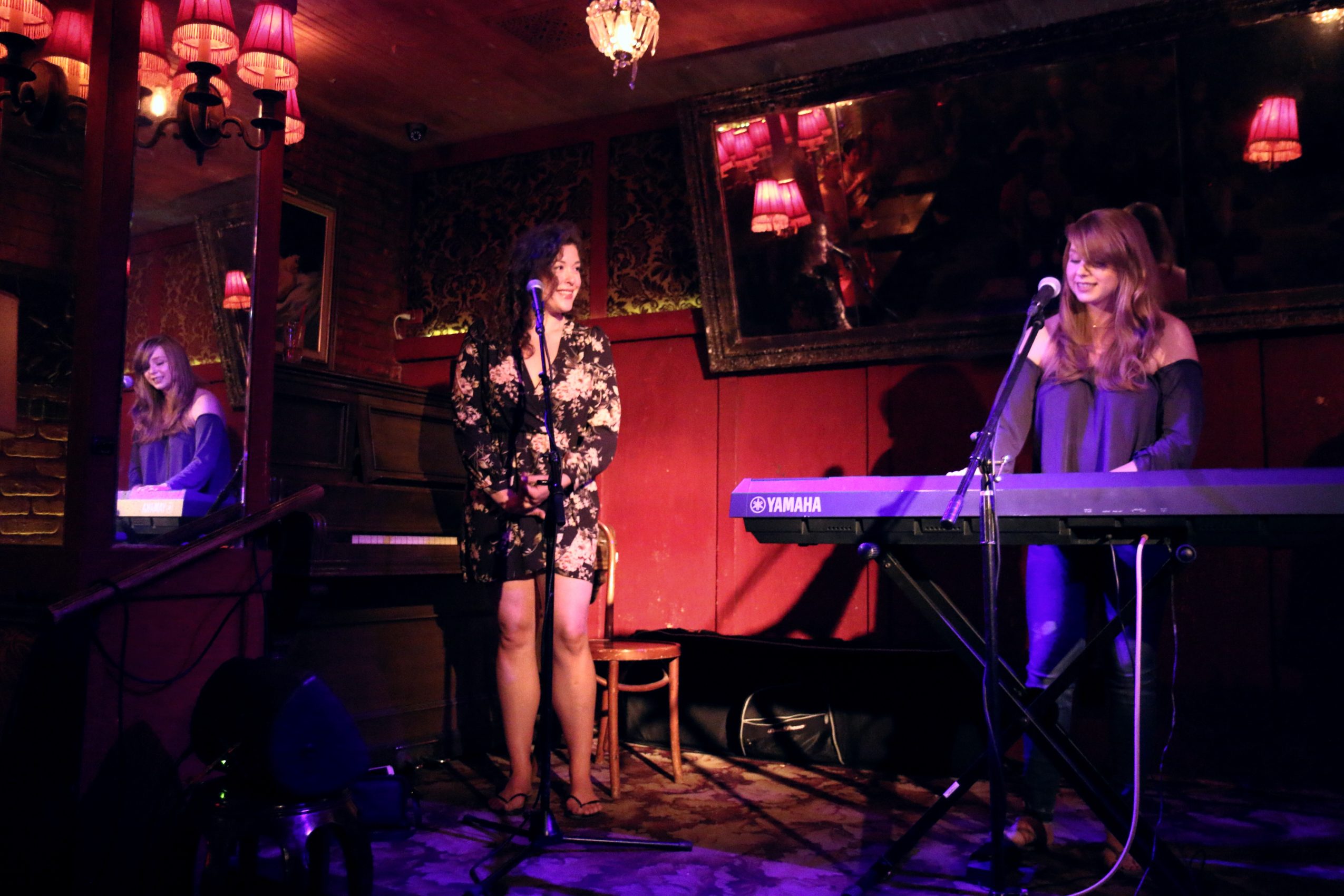 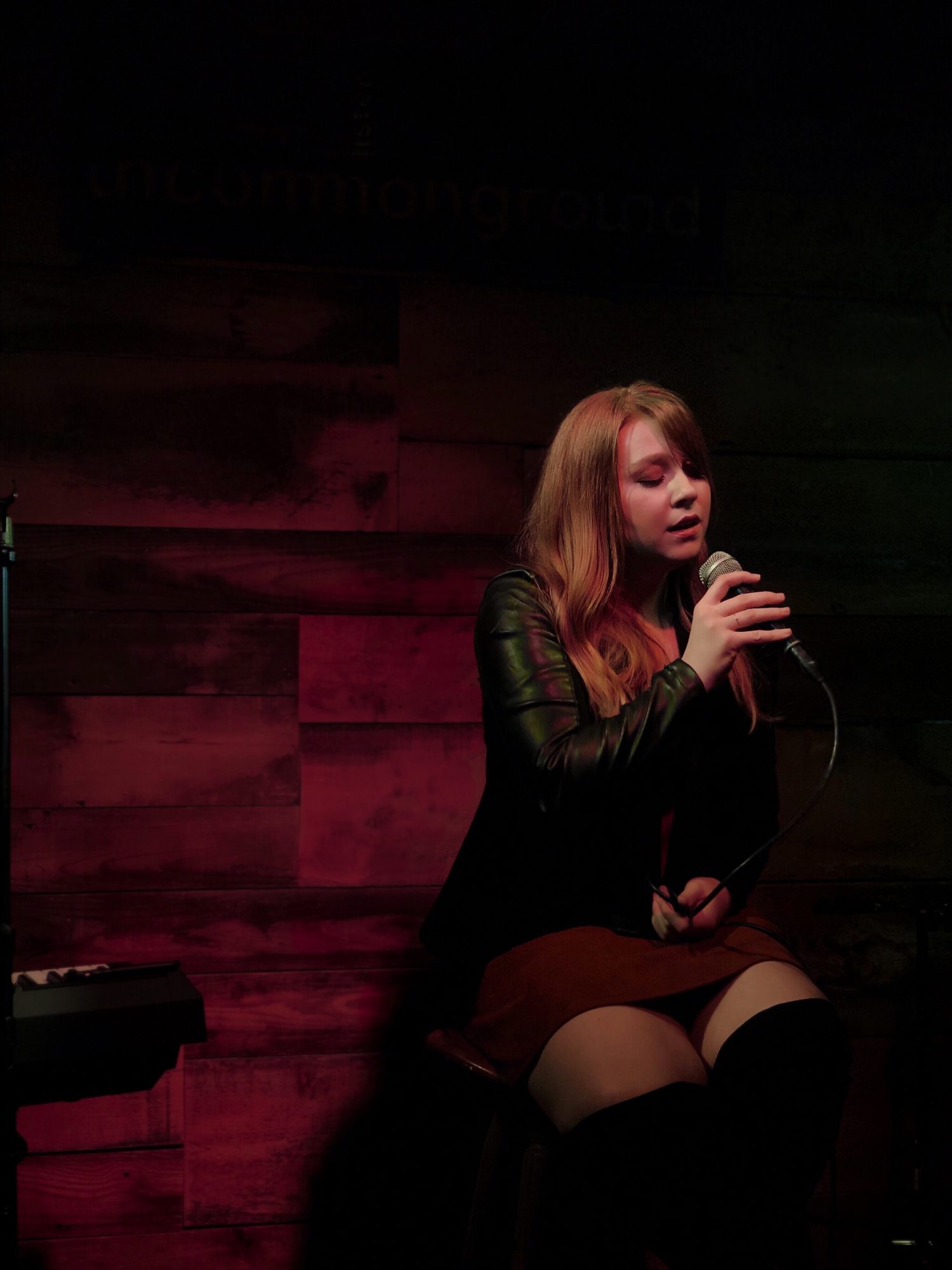 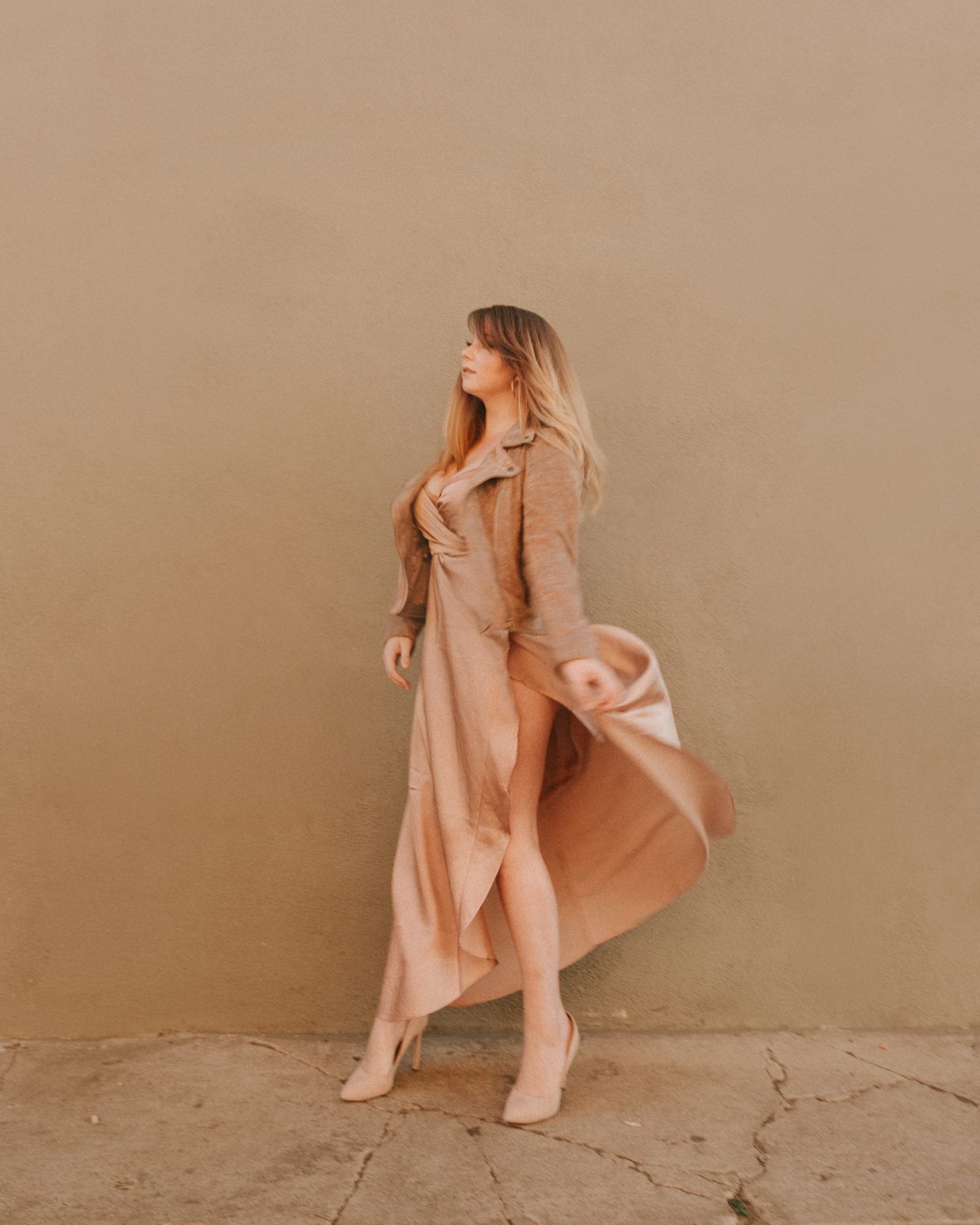 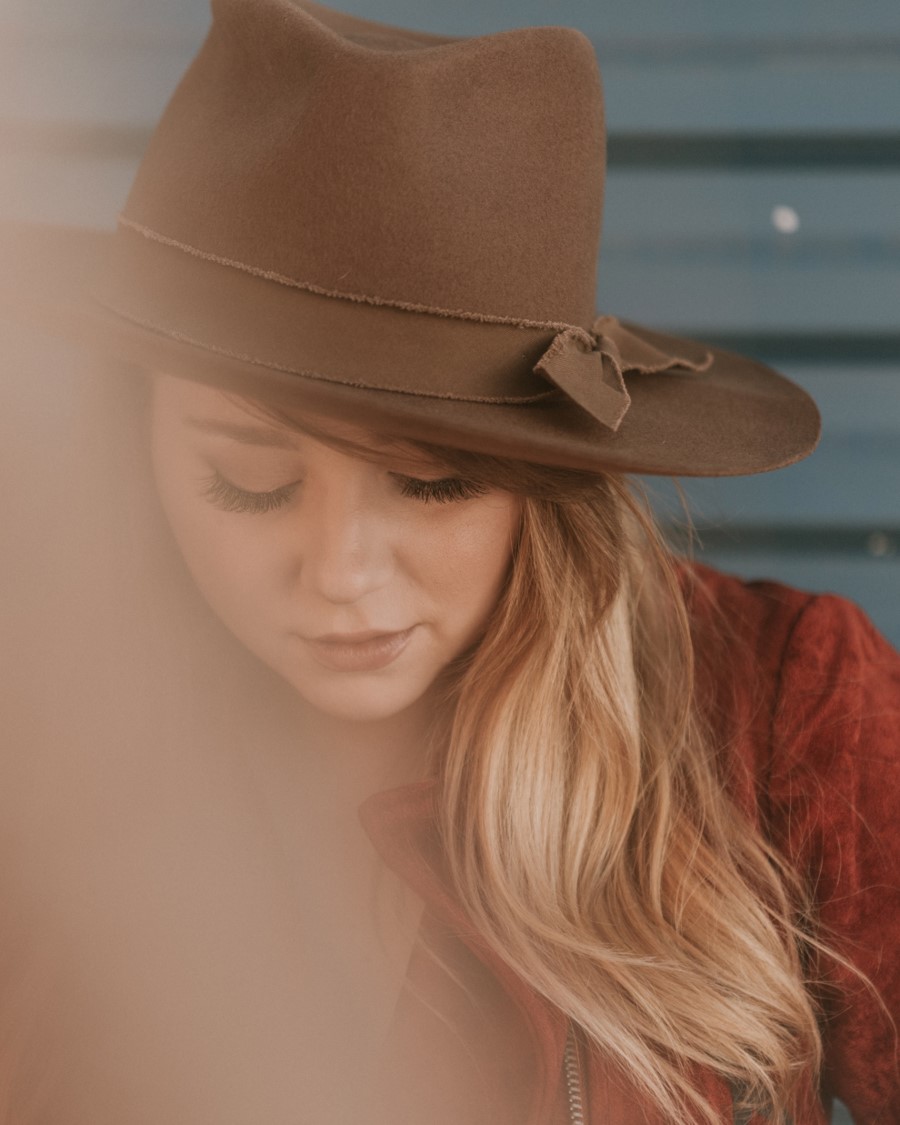 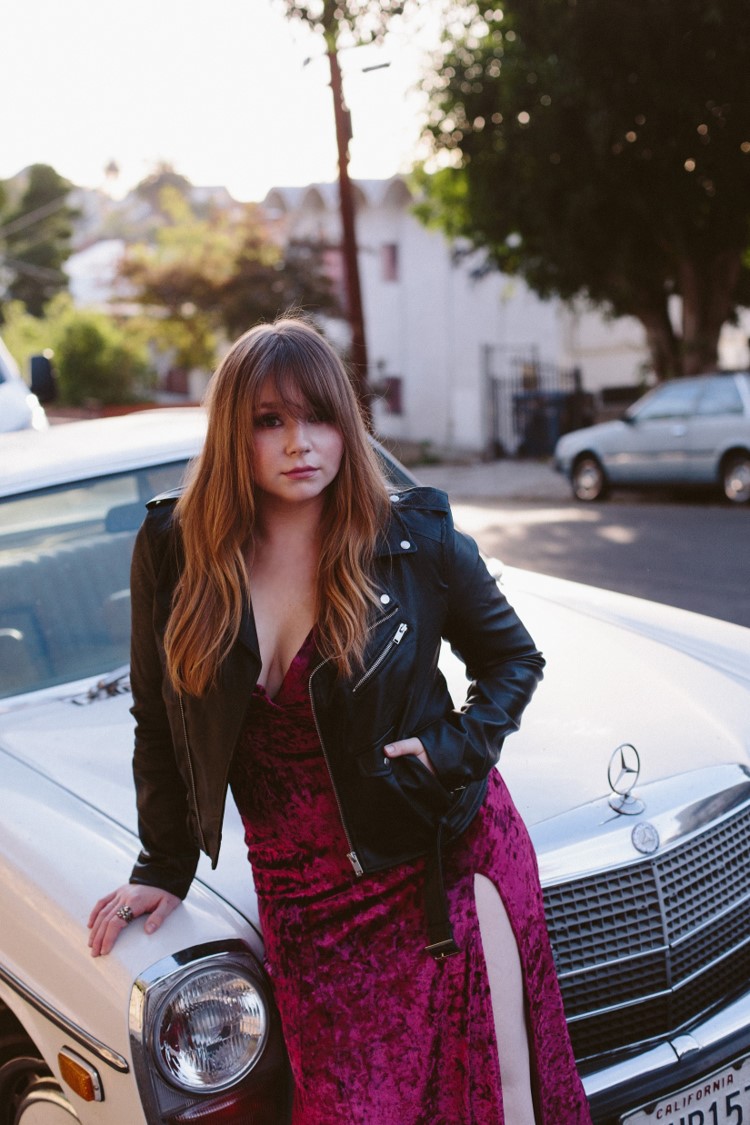