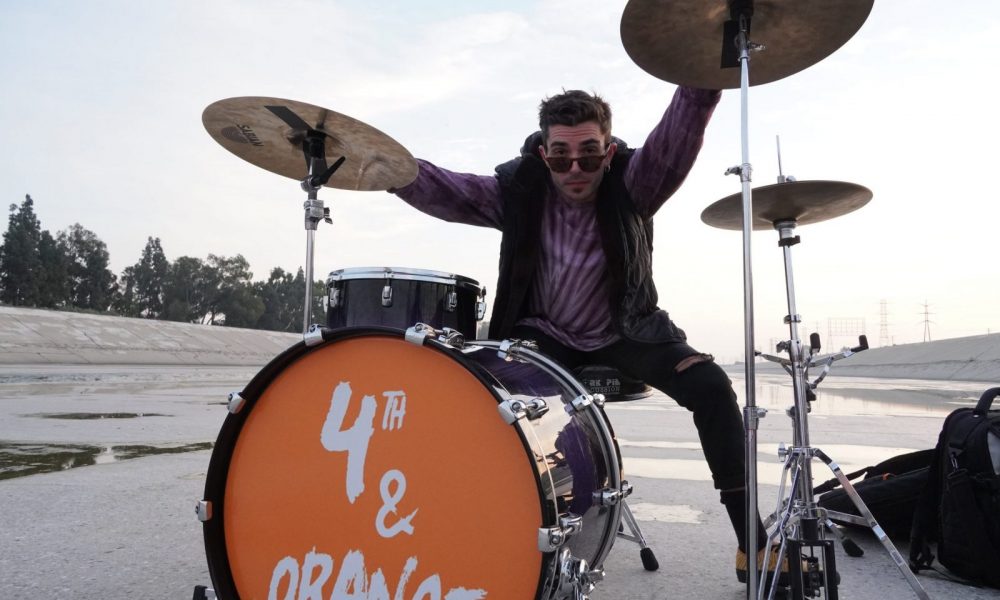 Today we’d like to introduce you to Sam Ward.

Thanks for sharing your story with us Sam. So, let’s start at the beginning and we can move on from there.
I picked up my first pair of drumsticks when I was only five years old. That was in 1996; do the math! I recall enjoying music at a young age, beating on any surface I could and trying to find the rhythm in everything. My parents called me “Sam a Lam Bing Bong Bang!” As my interest in music grew over the years and I found that I had real talent at drum set and percussion, I decided to attend the Berklee College of Music in my hometown of Boston, MA and started classes in the fall of 2009. I received a generous merit based scholarship, and loved almost every minute of my time at Berklee. My passion for music only continued to grow. I graduated with a B.A in Drum Set Performance in the Spring of 2013, Magna Cum Laude.

My whole dream in life had been to play the drums. Not just for myself, but I wanted to share music with the world; especially in a live setting. My real dream was to join/form a band, build it from the ground up with partners and friends that I cared about, and take off on the road writing, performing and creating. Fame wasn’t the goal, just sustainability. During my years at Berklee, I played extensively around the Boston area as well as touring the Northeast and Canada with bands such as Goosepimp Orchestra, Naughty Octopus, The New Review and many more.

After college, the need to make money hit and I made the switch to what we call the GB industry in music. GB stands for General Business, and typically means corporate/private/wedding gigs that require a certain level of professionalism and musicianship, but are really just well-paid cover band gigs. I also continued to teach drum lessons privately during this time, as I had throughout college. As much as I enjoyed it, playing other people’s songs night after night and waking up to teach just wasn’t exactly what I was after. So, in 2016 I made the decision to move to LA and start fresh. My dream still being to join an ORIGINAL band and make moves.

After playing and working with a series of different artists here on the West Coast, including Brian McShea and the Sidemen, 42 King, Concrete Kiss and others, I found myself in October of 2018 joining a reggae band with fellow East Coast/Berklee musicians Double Tiger, founded by Jay Spaker formerly of the band John Brown’s Body. We rehearsed for months in preparation for a West Coast tour but when Jay’s father had some health issues, and the band was struggling to get the finances together to tour, Jay made the decision to call it off.

Discouraged and feeling like I had put a lot of time into something that never had the opportunity to pay off, I persisted. I got the call from Gothic Metal band New Year’s Day in February of 2019 to audition to be their new drummer. Not having a major background in metal music, I worked hard at the material. At the end of the audition period, it came down to me and one other drummer who was admittedly more qualified for this particular gig, and he got the gig.

One month later – March 2019 I receive a direct message on Instagram from a guy by the name of DJ Flict. He was working with Latium Entertainment and Atlantic Records to put together a Southern California based reggae/pop/rock band and thought I was perfect for the gig. When I saw Flict’s numerous credits with artists such as Sublime with Rome, Meghan Trainor and Fifth Harmony, I immediately called him. Within a couple days, I was in my studio in Hollywood with the other four guys in the band, Flict and our A&R guy Nick Ferrer. We had a blast and immediately clicked on a personal level, as well as a musical one. Since then we have put in full time hours rehearsing, writing and creating. We were officially signed to Atlantic Records around April of 2019 and put out our first single “Girl Next Door” in June of 2019. The official music video is on YouTube and reached 2 million views within just a couple weeks.

Since then, we have released 7 singles and one of our most recent, “In the LBC” has done very well. We followed that one up with a remix of the song featuring Long Beach CA legend Warren G. Throughout the past year, we have done numerous showcases and performances at places such as Club Bardot in Hollywood, Peppermint Club, Tenants of the Trees, Hotel Cafe and more. We also traveled to Portland Oregon last summer and did a show there, as well as made a trip to NYC this past November to do a show/showcase for the East Coast Atlantic Records people at the Mercury Lounge. In 2020 we were lucky enough to perform at One Love Cali Fest in Long Beach, beside some of our all-time favorite reggae acts, as well as at Arizona Roots festival; both in February of this year. Unfortunately, just as the real shows were about the kick off for the year, Covid-19 hit. We had a tour in Florida in support of Collie Buddz in March that has been postponed for the fall. That included a series of dates as well as the festival Reggae Rise Up Florida. We also have had to reschedule Reggae Rise Up Vegas, which was supposed to be the weekend of 4/20, as well as a string of East and West Coast dates with Brazilian Reggae band Natiruts which was supposed to kick off next week, May 16. It has been truly emotional and trying to see the live music industry essentially come to a complete hault in the midst of this pandemic, and all of us have had to think on our feet.

While we await a vaccine, the band is hopeful that the dates that have been postponed for the fall will happen as scheduled, but we don’t know. In the meantime, we’re putting out new music and continuing doing our best to come up with ways to entertain whether it be remotely on Zoom or via live stream concerts, etc. As hard as this time is, especially for a person who’s dream it is to be on the road with his band, I have faith that things will return to normal once more; even if it’s not until 2021 or 2022. In the meantime, I continue to teach online drum lessons, as well as do session/recording work for artists remotely; patiently waiting for that vaccine so we can all go back to the festivals and concerts we so love!

Overall, has it been relatively smooth? If not, what were some of the struggles along the way?
Every step that I’ve made as a musician comes with a series of new struggles. When I first started playing professionally in high school/college and started touring with original bands while at Berklee, I had a blast but I also had the humble realization that it is extremely difficult to make ends meet as a touring musician in Independent bands. Joining a GB/wedding band and teaching private drum lessons helped with finances, but didn’t allow for time to do original music, which I know is my true calling. Moving to LA has been an amazing experience as well, but as you know I’ve had tours cancelled, worked hard for an audition only to come up short, and finally when my band 4th & Orange was about to take off, the Covid-19 pandemic hit. So yes, there have been major struggles.

Can you give our readers some background on your music?
4th & Orange the band, and myself as an independent contractor. In 4th & Orange my job is simple: I’m the drummer and I’m really only responsible for playing the drums, which I love. I also have been involved in some of the songwriting/production, and I feel I have a lot to offer in those departments as well. As for me as an IC, I sort of put the drum lessons and other gigs on hold while I gave my full attention to this band. But now during the Covid-19 pandemic, I am actively working to book as many virtual/online drum lessons as possible, and to record drums for whoever needs it in the world.

Any shoutouts? Who else deserves credit in this story – who has played a meaningful role?
My parents are my biggest role models and supporters. They have always supported my dreams as a performing musician and have consistently pushed me to get better and to keep trying. I have also had countless drum teachers, music teachers and mentors in general that have helped me to get where I am today. That includes my high school music teacher and current chair of the Professional Music Department at Berklee College of Music, Sean Hagon; my childhood/high school private drum instructor and current Berklee faculty member James Murphy; among others. 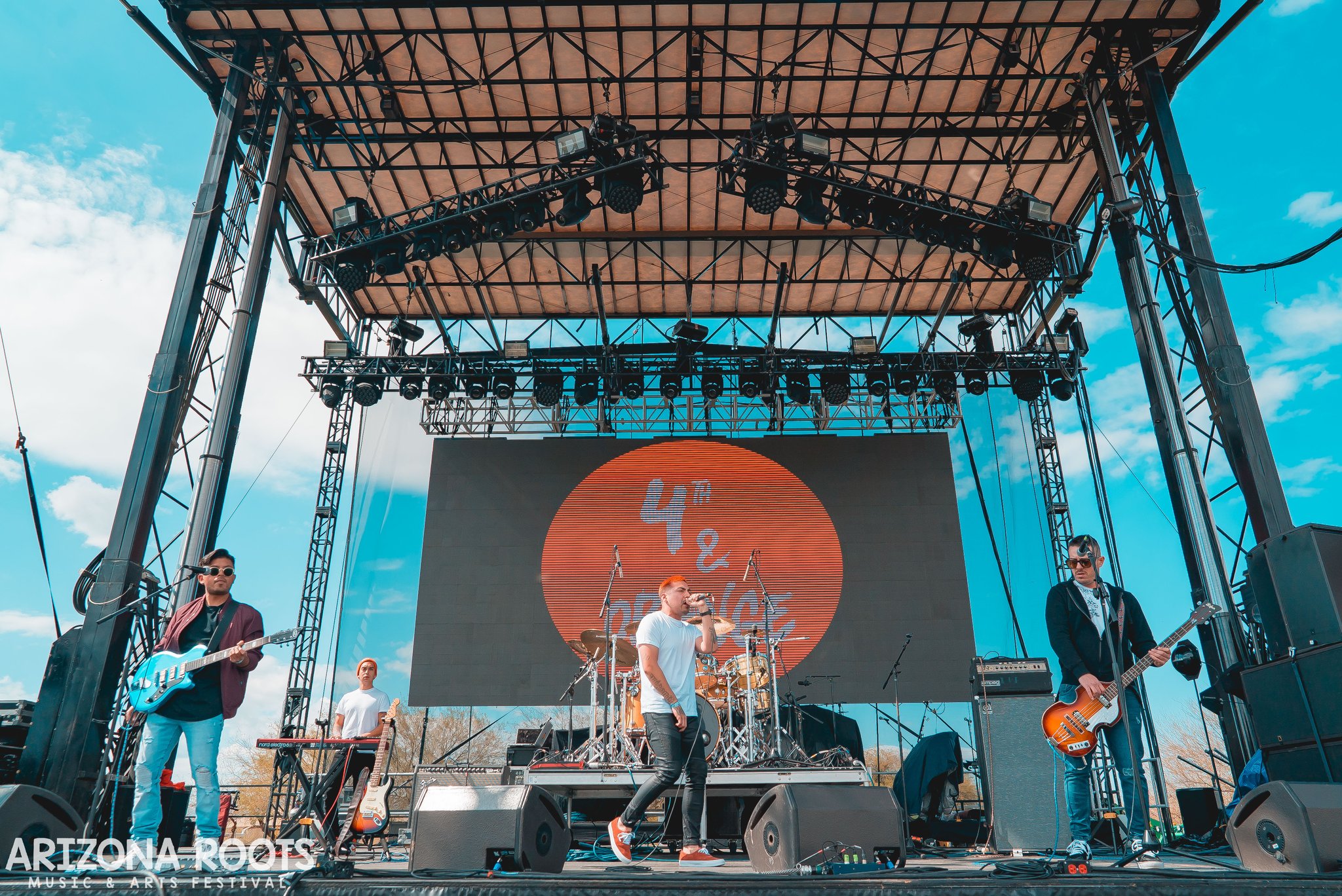 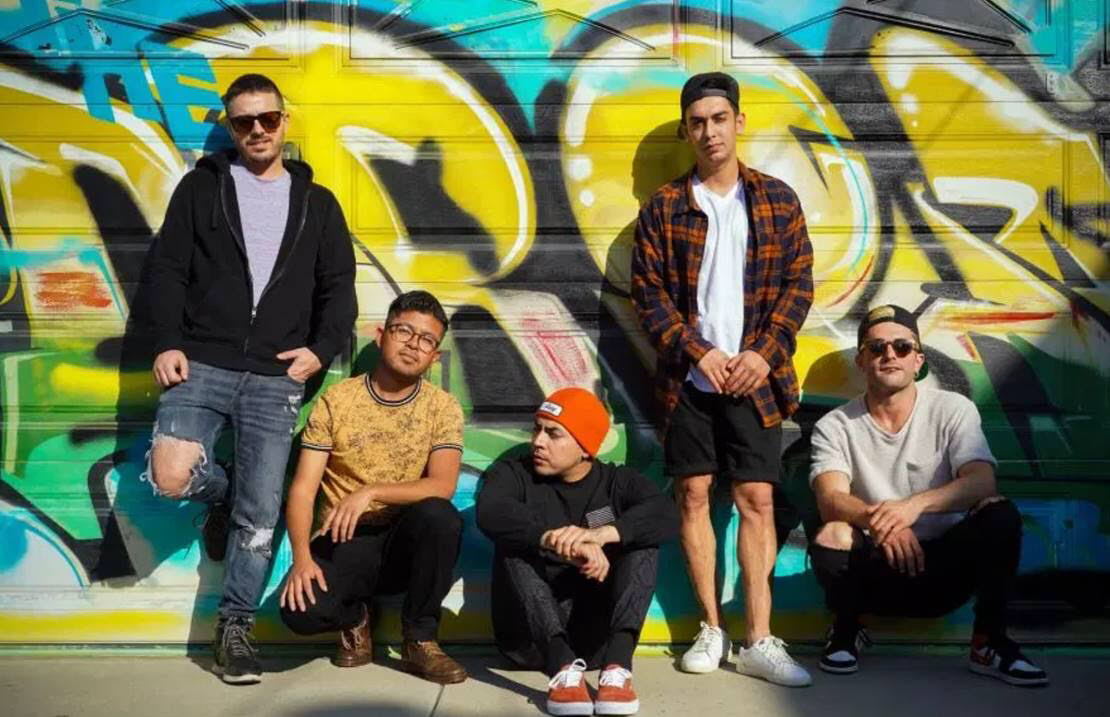 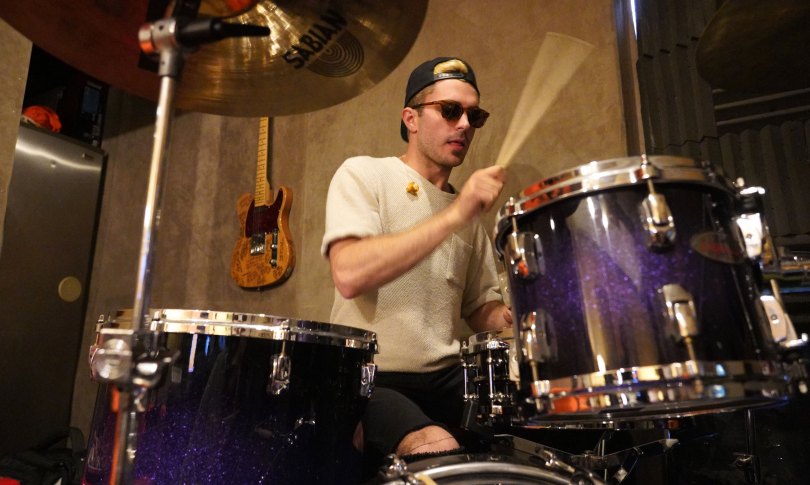 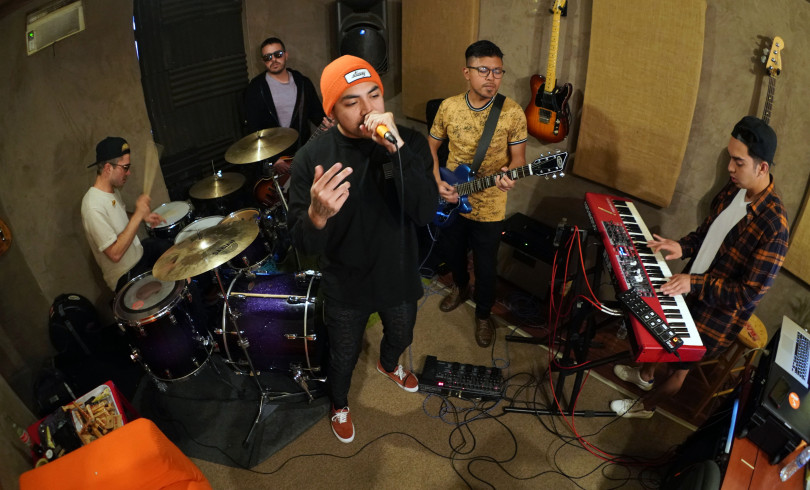 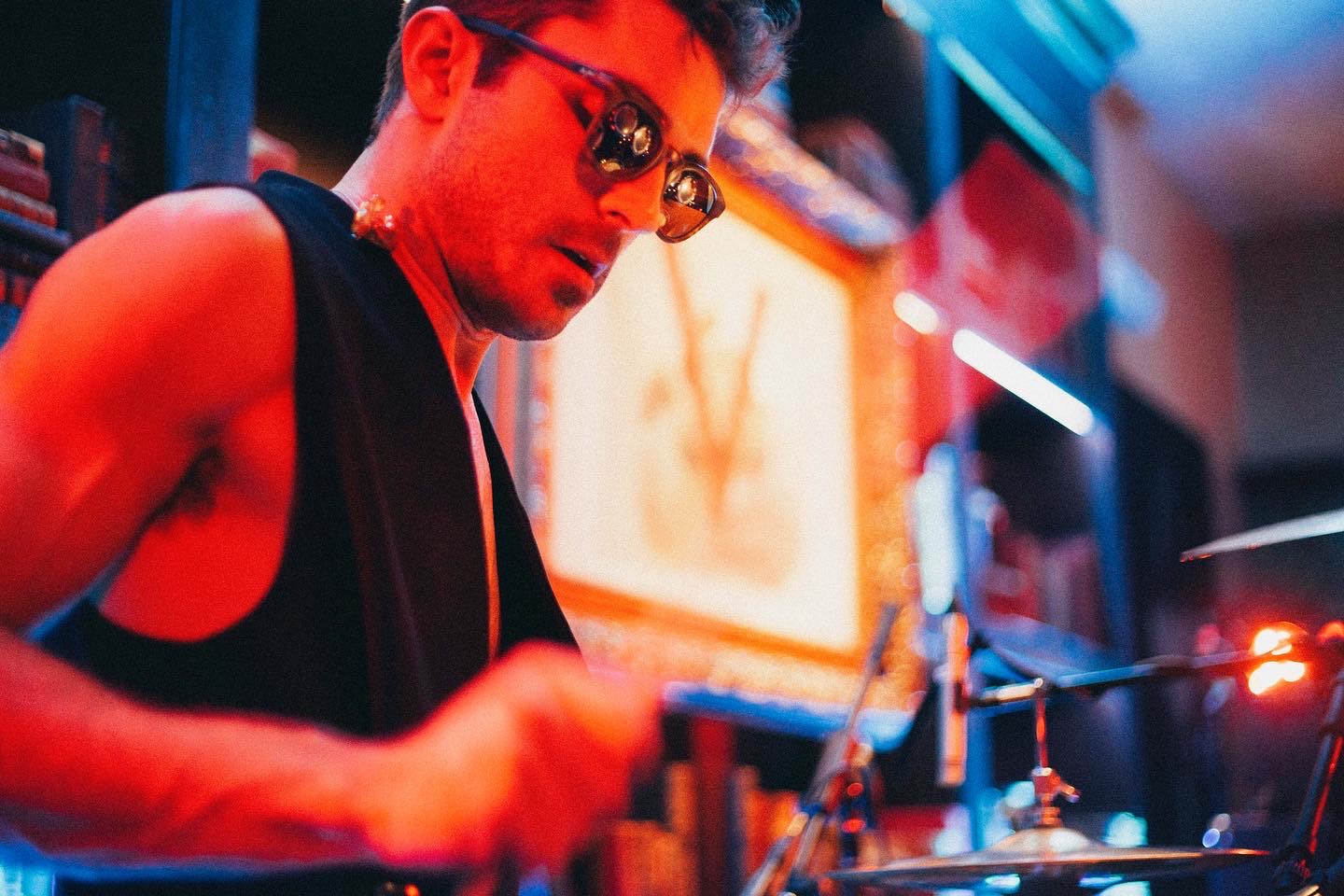 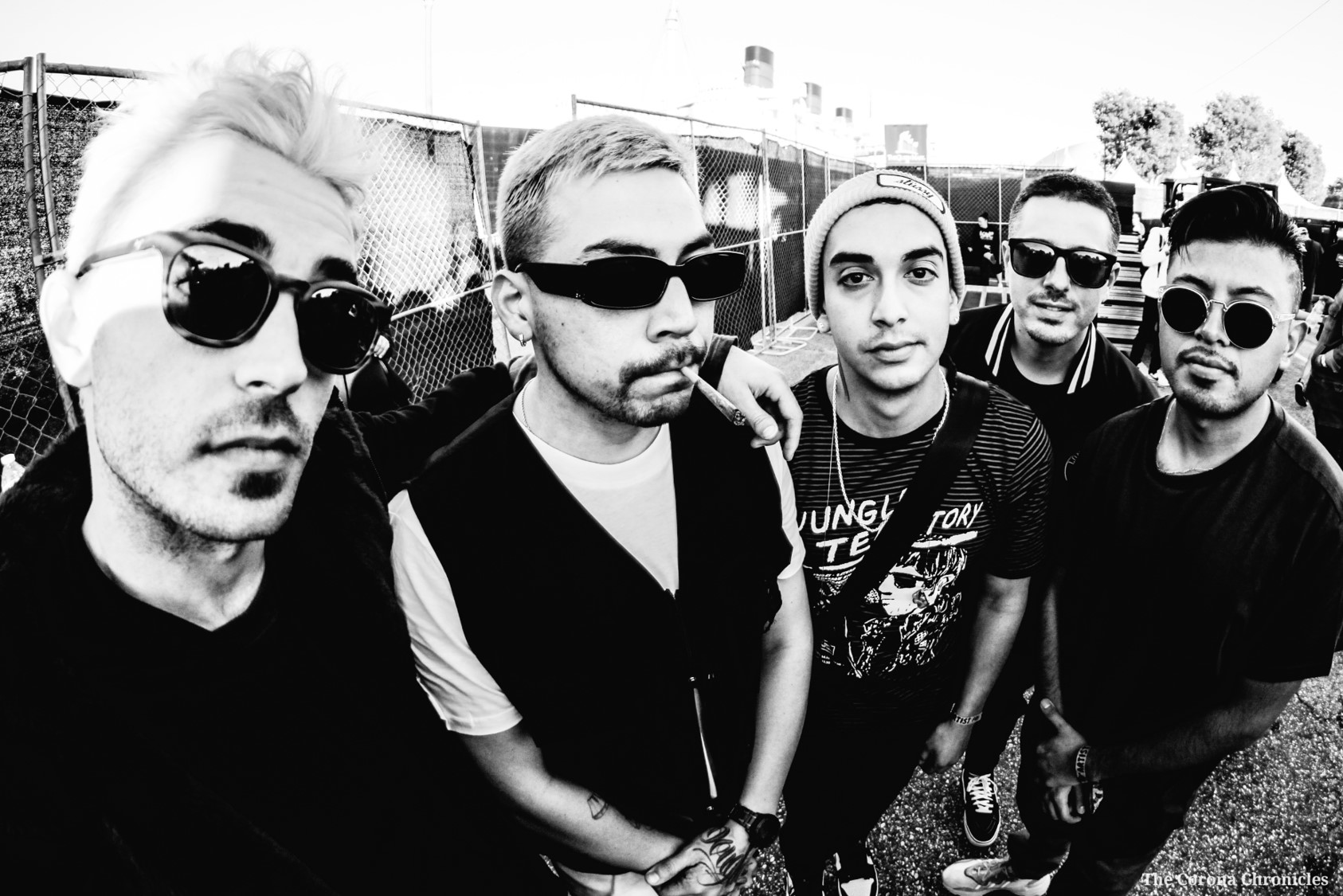