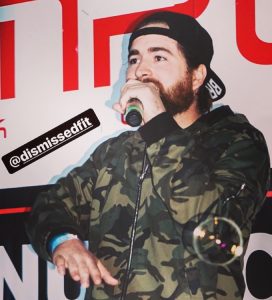 Today we’d like to introduce you to Sam Stockwell.

Sam, can you briefly walk us through your story – how you started and how you got to where you are today.
I began rapping in 2010 when I was studying English at Cal Poly, San Luis Obispo. I was heavily influenced by artists like Big L, Guru (from Gang Starr), and One Be Lo (from Binary Stars). In college, I had a really close friend who got me to try freestyle rapping my freshman year.

It quickly escalated to an addiction, where I spent countless hours on couches either searching for beats on YouTube or freestyling with my friends. I genuinely discovered a lot about who I was as a person, through hours of unfiltered thoughts expressed over beats. During my junior year, I took a 400 level poetry class, which I ended up retaking another four quarters in a row till I graduated. This is when I bought my first USB microphone and started writing and recording music every day. My friends at school didn’t seem to take the creative process as seriously as I wanted to, so I began reaching out to other aspiring artists through SoundCloud. In 2015, I graduated from Cal Poly with my English degree and moved back in with my parents in the Bay Area.

Instead of using my degree to get some suit and tie office job, I decided to get a part-time delivery job with a medicinal marijuana clinic. This job had very few perks, but the most important part was all the alone time I got between deliveries to listen to instrumentals in my car. Early 2016, I was able to perform on stage for the first time opening for J. Stalin at a club in San Jose. At this time, I had built an audience of around 3,000 followers on SoundCloud and 750,000 plays. I resented the pay for play performing structure that most gigs offered in the Bay Area. I met an artist named OneWerd who put together local shows where the performers were only expected to help promote the show and bring their A game to the stage. I did a number of shows over the next two years through OneWerd and other artists I had connected with at his shows, which helped my music evolve as well as my self-confidence in my artistry.

I’ve experimented with many styles over the years from Boom Bap classic Hip Hop to LoFi Hip Hop, all the way to Trap Hop. I’ve crafted sincere friendships with other underground artists like NAVEISDEAD (based in Denver, CO), Sage Kayote (based in Sydney, Australia), General Spade (based in Charlotte, NC), and J. Morgan (based in San Francisco, CA); and I’ve even been blessed to work with some major up and coming rappers like Locksmith, Chris Rivers, King Los and Illmac. These are rappers I’ve been listening to religiously since my college days, now I’ve had the opportunity to bless the mic with them. In early 2018, I extended my platform to Spotify, iTunes and Apple Play. I’ve amassed 18,000 monthly listeners on Spotify with over 1,500,000 plays. I’m currently working part-time as a dog trainer in South San Francisco and living with my parents to afford beat leases, music video shoots, and engineering for my music. This music is the strongest quality it’s ever been in terms of lyrical content, flow, and mainstream appeal.

Has it been a smooth road?
Following your passion through your mid-twenties is never a smooth road. I’ve had countless friends bail on their artistic dreams to pursue careers and other life paths. I spend the majority of week and weekend nights shacked up in my studio alone filling notepads with bars and searching through beats. I’ve lost multiple friends to suicides and drug overdoses. I’ve failed to be a reliable partner in just about every relationship I’ve been a part of because I’m closed off and my mind is always drifting. I struggle to balance any semblance of a personal life with my music life, and I can’t even say I regret it. No one ever achieves anything significant without self-sacrifice. The hardest part is drilling these facts into my head and constantly reminding myself that the effort pays off.

Can you give our readers some background on your music?
I’ve been involved with every aspect of making and promoting my music independently. I write, record and perform all of my lyrics. I have a growing group of producers that I lease beats from for my projects. My partner NAVEISDEAD engineers the majority of my music that is being released recently. He is also a rapper, producer and graphic designer. The aspect of “DisMissedFit” I am most proud of is my artistic integrity. DisMissedFit isn’t a persona as much as a glimpse into my stream of consciousness. I’ve grown over the years in talent and confidence, but I’ve always stood by my code of ethics in all the music I’ve released. I make music for people who feel alone in this world and lacking purpose. There’s nothing special about me outside from the countless hours I’ve put into crafting my music. Anyone can do it, and if music isn’t for you, go find another passion and create.

Is our city a good place to do what you do?
San Francisco, like LA, is filled with talented aspiring artists. The struggle is finding like-minded artists to collaborate with and keep one another inspired. This city has culture and history, which bleeds into a lot of the styles that develop here. The burden lies on the artist, more than the location, to branch out and take advantage of every opportunity. Like they say, “you miss 100% of the shots you don’t take”. 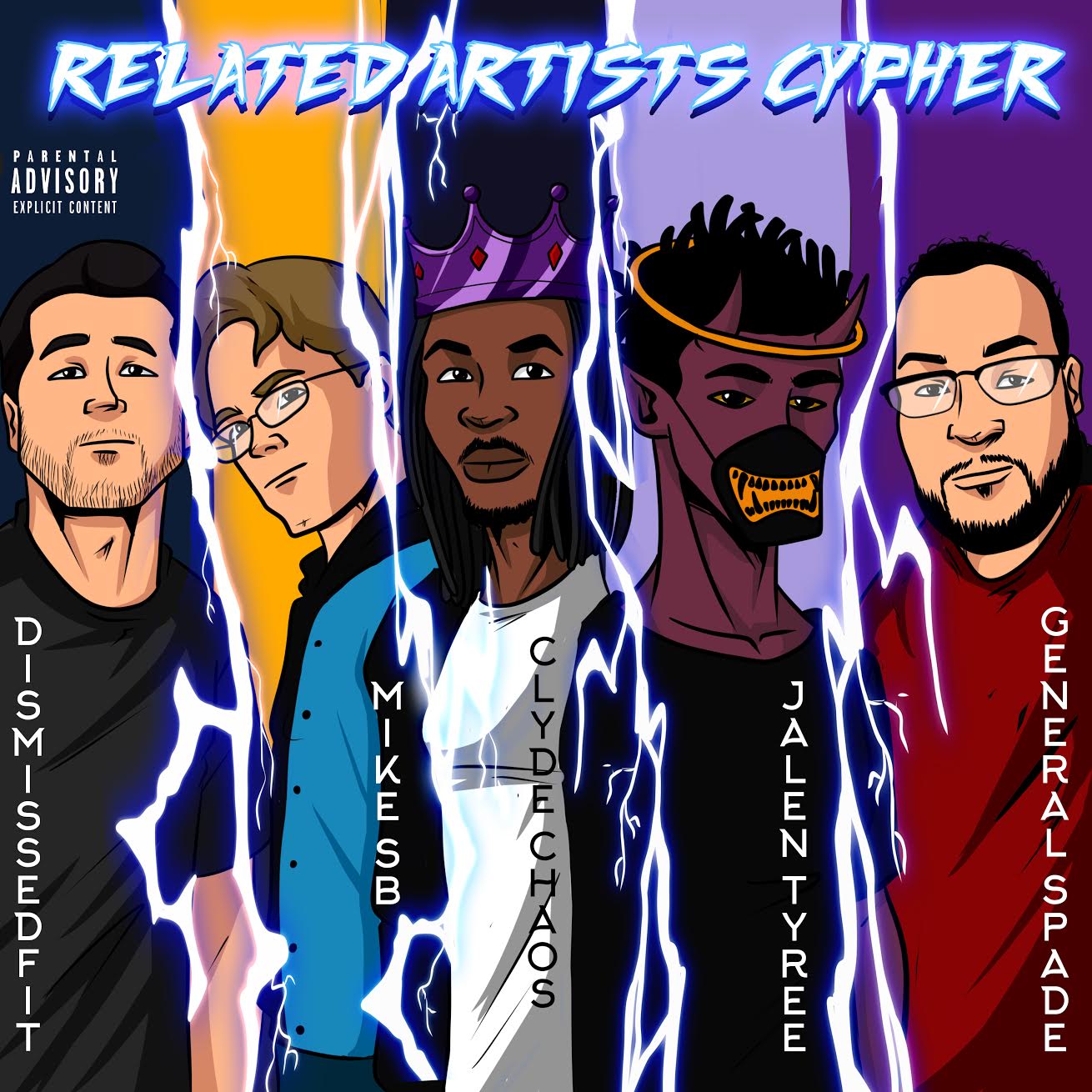 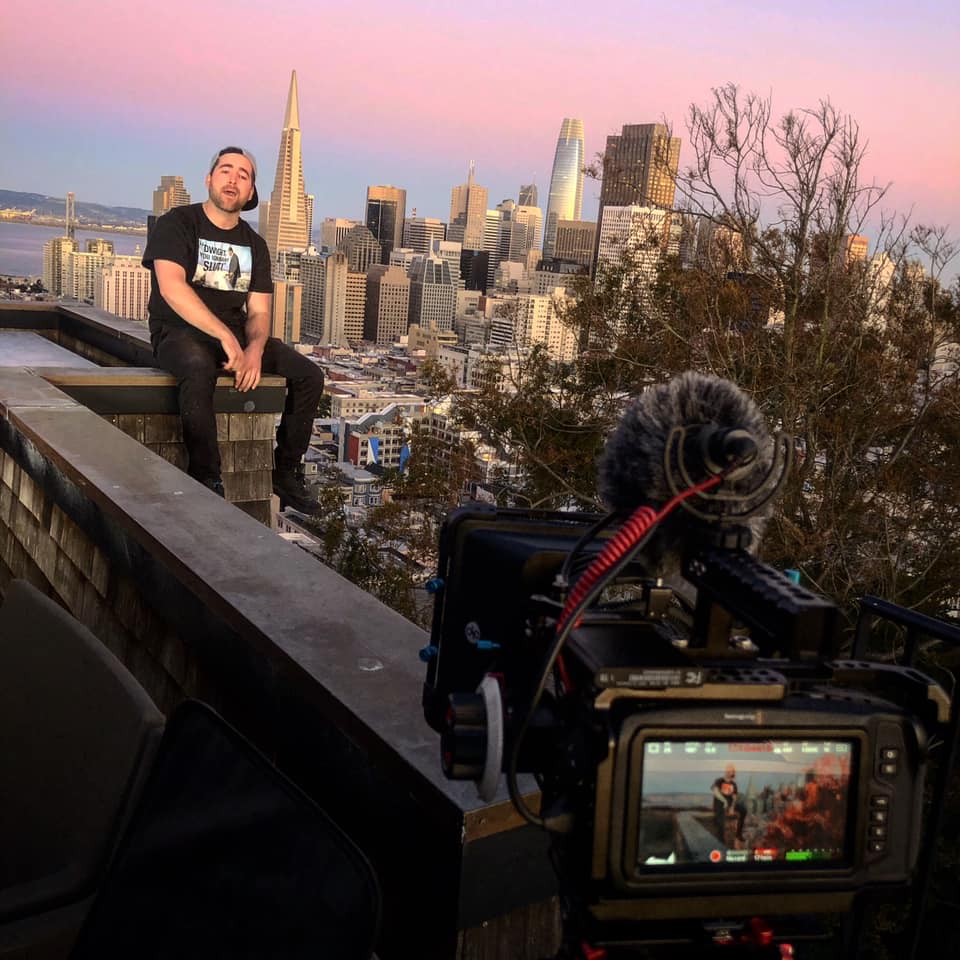 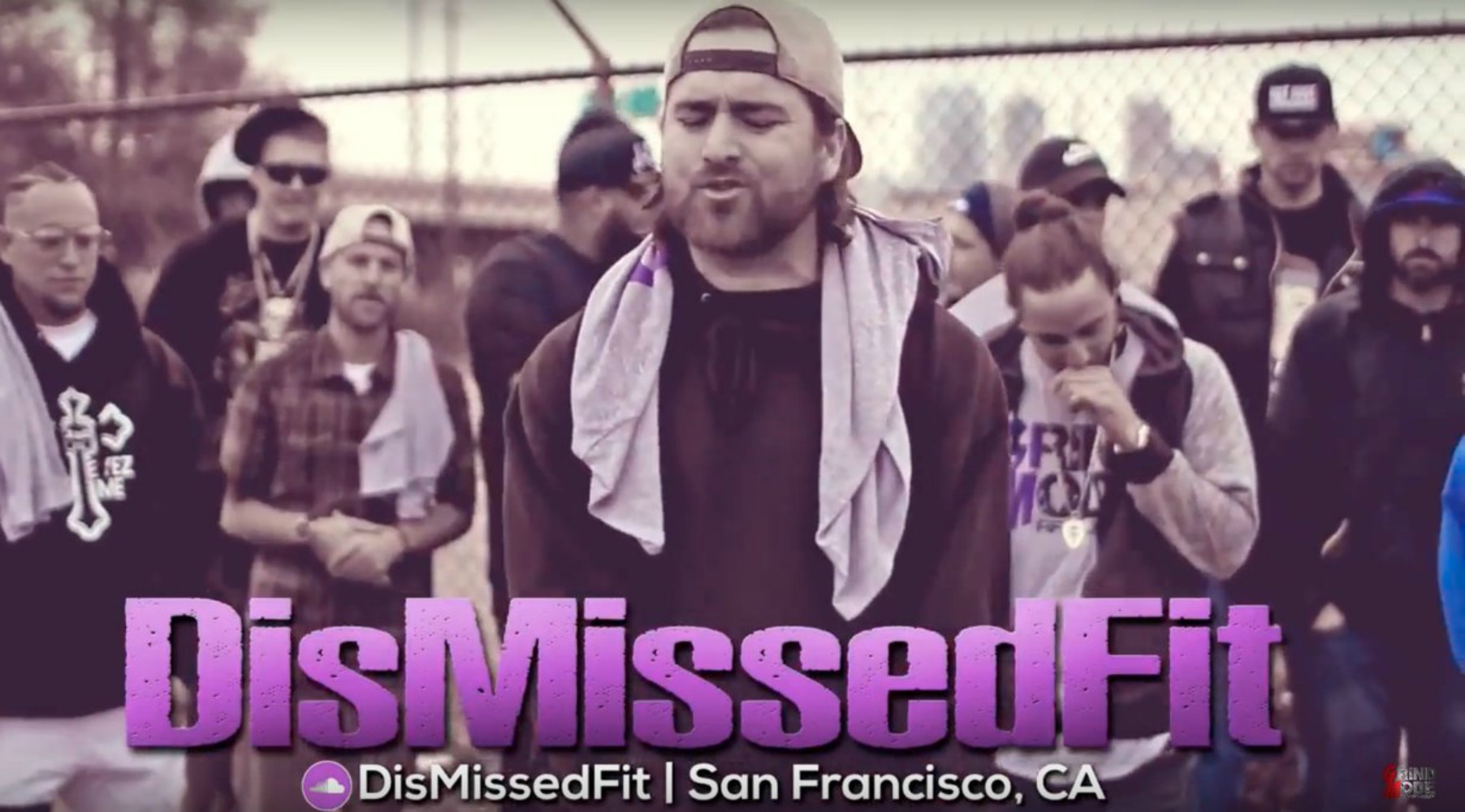 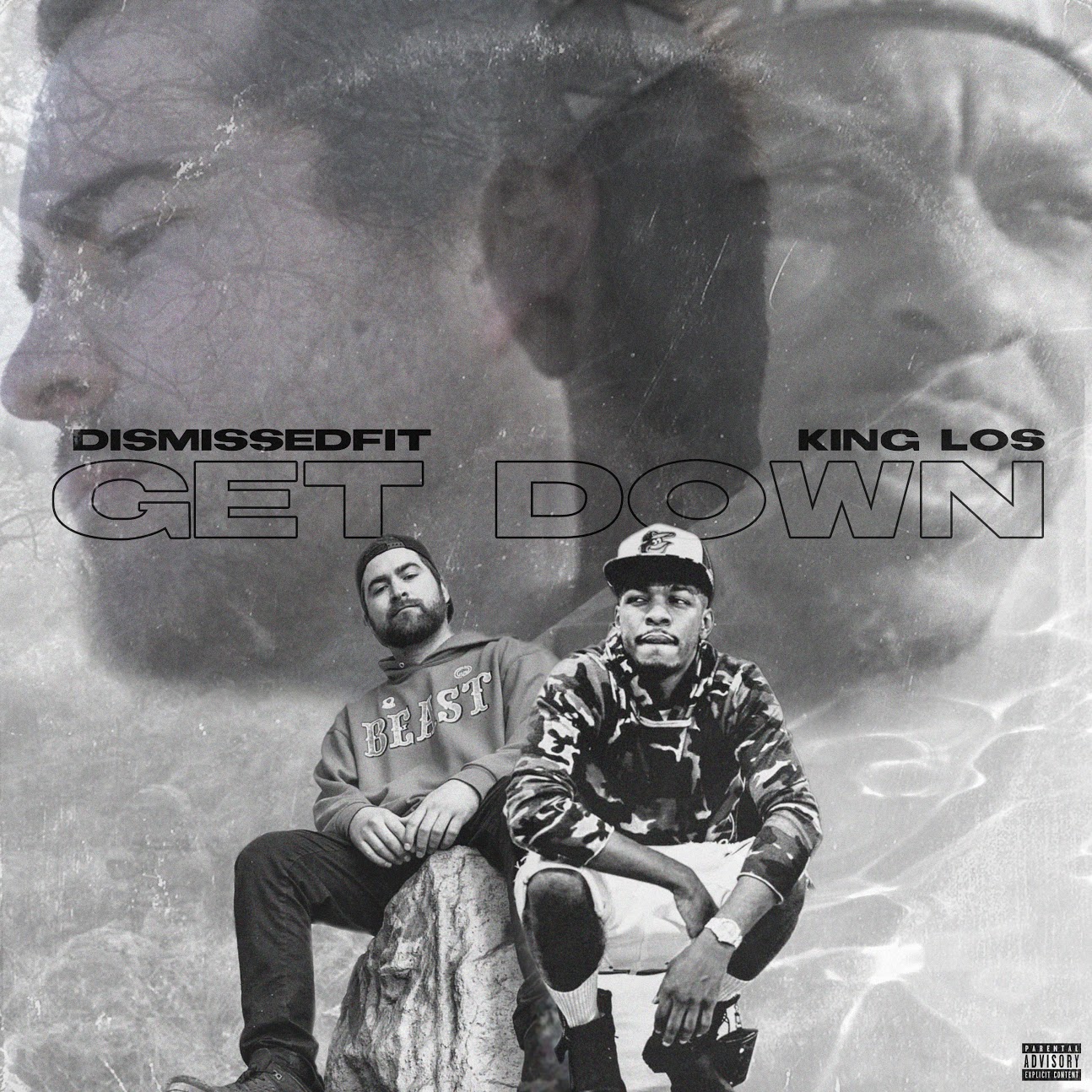 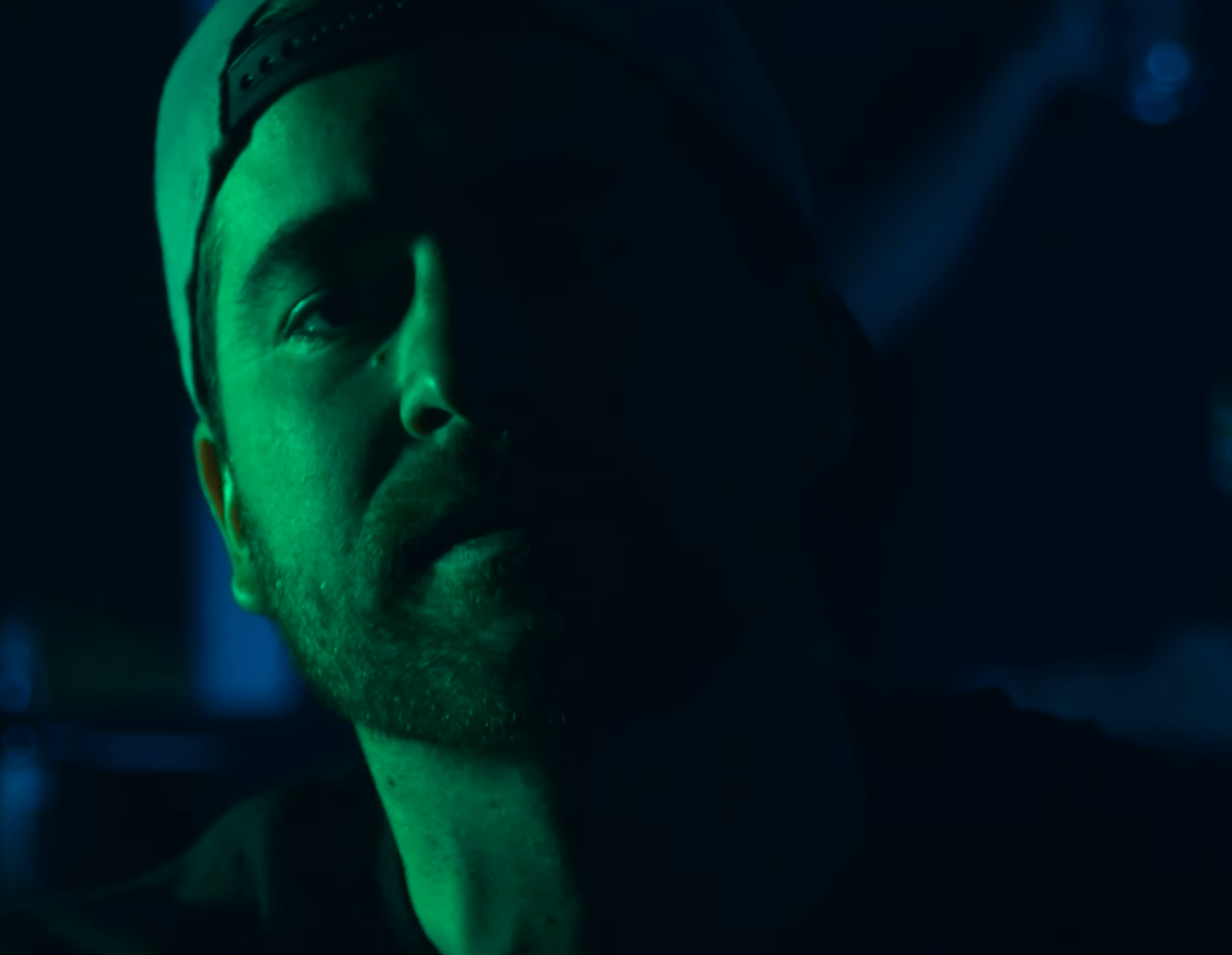