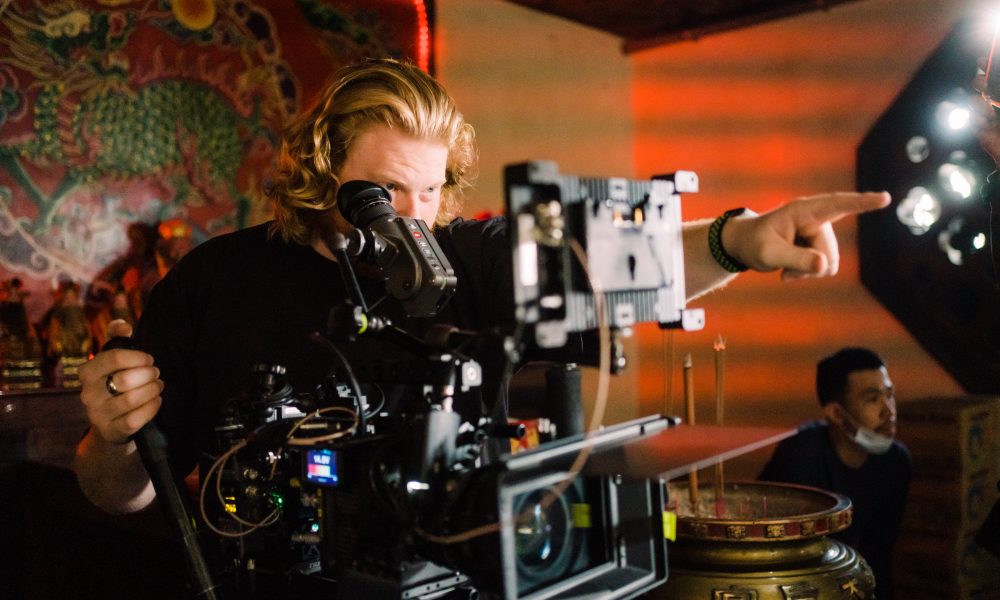 Today we’d like to introduce you to Sam Sargeant.

Thanks for sharing your story with us Sam. So, let’s start at the beginning and we can move on from there.
I can’t say I’ve always wanted to be a Cinematographer, however I’ve always wanted to be involved with the movies. Maybe my memory is selective or simply clouded, but of the memories I do have when I was young, is an image of the Hollywood sign all lit up with searchlights. I actually don’t know if I saw it somewhere or just created this fantasy in my head but I knew that it drew me in and I wanted a piece of it. That has really stuck with me. Those summers after school ended, it seemed as if my mom would drop me off at the dollar theater everyday throughout the entire summer. I love those memories. I don’t even remember the movies, but the experience I do. Oftentimes I was the only one there and I would disappear into these stories on the big screen staying until the screen went black, actually watching the credits and thinking, one day my name will be here. Movie theaters have a strong hold on my heart, and always were an escape from my own troubles.

With that, I always told myself I’d end up in “Hollywood”. My love for movies and stories only continued to grow as I started exploring acting and improv during middle school. Followed up in my High School years by the dumb movies everyone and their friends make. But it was always a good time and in some of those I would act and edit them sometimes as well. Eventually, this led to a love for editing and I began to do a lot of the post-side of things for a couple years, leaving the idea for acting behind as I finished High School. A couple years later I was given a DSLR by an old teacher and I really didn’t know what I was doing with a camera but I got a few jobs at my Undergrad with it as a shooter/editor and my love for shooting started to take over.

My exploration with a camera only continued to provide opportunities to work and I met two phenomenal mentors during my Undergrad, Michael Ballard and Christian Mawlam. I grew a lot through their mentorship. During my last campus job I met a guy named Owen Kent, who was the primary Cinematographer in our department and that’s when I started thinking to myself, he’s really good. I want to do what he does. He doesn’t know this, unless he’s reading this (Hey Owen! And thanks dude!) but he was kind of a driving factor for me to start looking into the Cinematographer role a little more seriously. During that time, I saw an opportunity to convince the English Department to let me tag along on a month-long Study Abroad in the UK and make a documentary about it. They liked the idea and talked about the possibility of trading the trip cost for the video, but about a month before leaving that all fell through and so I had to somehow come up with a few thousand dollars in a week to make the trip happen. Fortunately I did it through crowdfunding, which mostly came from friends and family who saw something in me. And it was then, during that time, I recognized that I had an eye for it. Putting the camera in the right place to capture something unique. If I can pin it back to an experience where I realized I was meant for this, it was during that time exploring with a camera across England, Ireland, Scotland and Wales. I have a debt of gratitude for all those who helped me get on that trip.

After returning from that I completed a couple internships, one being in Utah at a Motion Pictures Studio as a Production Assistant. The second as a shooter/editor in Los Angeles at the LA County Fire Station. After the internship in LA, I decided I never wanted to edit again and came back to my campus job to tell my boss I was done editing and the only thing I was going to do moving forward was shoot. Expecting some sort of kickback, he basically said ok and I never edited again. (Thanks Michael!) I continued to work as a Production Assistant for the Studio in Utah for two-three years while finishing my degree. I graduated and at the same month a big production for an online series started up and took the majority of available crew and so other productions were hurting. Overnight I switched from a PA mostly working for free, to the camera department as a 1st AC getting a full rate that summer.

After doing that for four months, I made the decision to attend Film School at Chapman University pursuing my Masters in Cinematography to fully commit myself to becoming a Cinematographer. Though I don’t think Film School is necessary to be successful in this industry, I did feel and still believe that was the right choice for me. So many wonderful experiences during those three years at Film School, and mostly the people. I also took an Internship through a good friend Brad Wilson at Keslow Camera and got to learn the ins-and-outs of how a camera rental house worked, finding myself exactly where I wanted to be. In the shoes of a Cinematographer.

I suppose all along the way I’ve come to the realization that I never chose this. Rather it really was the one that chose me and it felt right. Still does. I accepted it and have taken one step at a time moving forward. So here I am, striving to earn the respected title of Cinematographer, as an emerging one. That’s pretty much it in a nutshell. Tried to keep things “short”.

Has it been a smooth road?
No. And yes, and no. It’s hard to answer this question really, because in retrospect I look back and see so many doors and opportunities open up for me that kept pushing me in this direction and it was just natural going down this path. And I’ve been so fortunate to have so many amazing mentors along the way taking me under their wings. I’d be nowhere without them and have a great deal of love and respect for them. Bill Dill, ASC, Johnny Jensen, ASC, Jurg Walther, David Waldman and Peter Levy, ASC, ACS just to name the few and most recent who I’ve spent time with.

But no, in all reality it’s not exactly been a smooth road. It’s been the hardest thing I’ve ever done, accompanied with incredible amounts of stress, anxiety, fear, frustration, confusion and doubt along the way. And after all of that, there is always this still small voice that says, keep going and don’t you quit. I’ve had to grab hold of that voice and never let go. At the same time, I’ve experienced immense joy and fulfilment greater than the hardships.

I don’t think people realize outside of the filmmaking community the demands of what it takes to do this job. Not that it’s a competition of work by any means, there is though a level of demand I haven’t experienced anywhere else, of constant mental, physical and emotional focus while having to set the example of the tone, attitude and mood for the rest of the crew and trying to be a leader they want to follow. And speaking of crew, those men and women are the real heros! I couldn’t do this job without my Keys and their teams. Seriously, anything I’ve ever done that has turned out great…equal credit goes to them. The Lighting, Grip and Camera teams. But back to the demands of this job, the mental capacity that it takes cuts my breath sometimes. It’s getting easier though. When I leave the set, my brain doesn’t stop. It’s constantly analyzing the day, and then going through the next two. I’m still learning how to manage this, and I’ve got my work cut out for me in this. But the funny thing about it and as hard as this is, I would never be interested in doing anything else for a living. I was made for this.

You know, I was very fortunate to be invited as a guest to the 34th ASC Awards this year. One of the highlights of my life. Bill Dill, ASC brought me along and while I was in that room with the greatest of the greats, for a moment I felt quite overwhelmed with a feeling of “do I belong here?” All those feelings of doubt arose, and I mentioned something to Bill about it and his response was something along the lines of, “Why don’t you belong here? Everyone you see around you, once stood in your shoes. You belong here. But don’t’ forget, you still have to survive.” And so, smooth roads or not. I’m in it to win it as long and hard as it takes. I belong here and I’m gonna be one of the survivors.

We’d love to hear more about your work and what you are currently focused on. What else should we know?
So I’m an international Cinematographer for hire. Home base for me is Los Angeles but I do travel and I’ve been very fortunate to have worked all over the U.S., England, Ireland, Scotland, Wales and most recently, Italy and Taiwan. I focus on narrative work, i.e. Short Form working my way to Long From Narrative/Feature Length films and hopefully episodic television. I’ve also dabbled with and have done some commercial work and want to do more of that. I think what I am most proud of with my work is my love for connecting with people. That’s probably my favorite part of this business, is the people. And that makes me proud that I recognize that.

I don’t mean to pull a shameless self-plug for myself, but people from what I understand almost always like working with me and like to keep me around. I think that sets me apart from others sometimes. And maybe that comes because I’m genuinely interested in caring about my time with them, and them. At the end of the day, and these are long days. I don’t think people care as much about what they may have accomplished that day, though great as it may be, than as if they are excited to come back the next day and do it all over again with the same people at their side. After all, this is a people business.

Let’s touch on your thoughts about our city – what do you like the most and least?
I love Los Angeles, there is an energy of artistry and creative wonder, where almost everyone is participating in some way working to make their dreams come true. And I think that’s special. What do I hate about Los Angeles…The traffic. But that’s another subject. 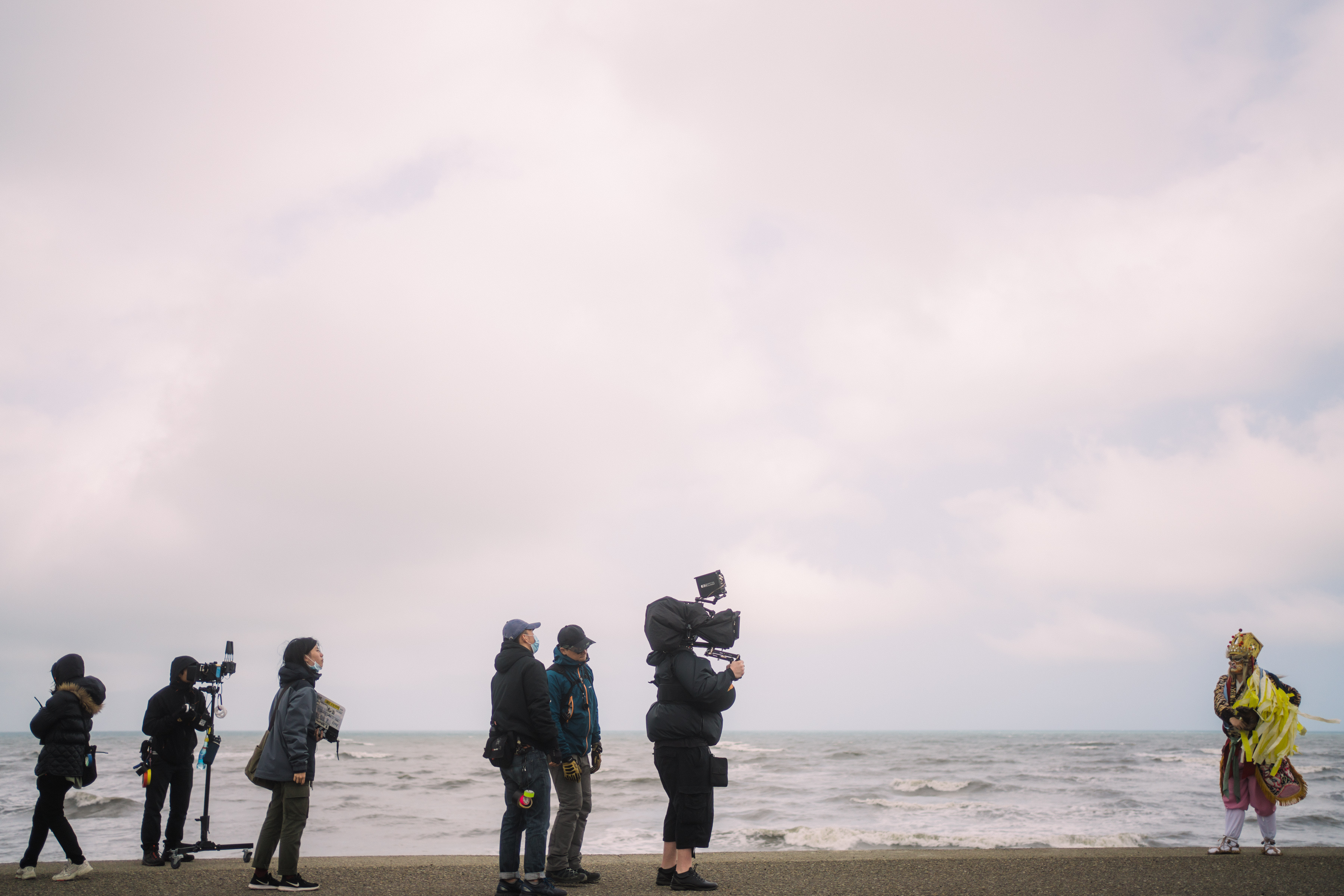 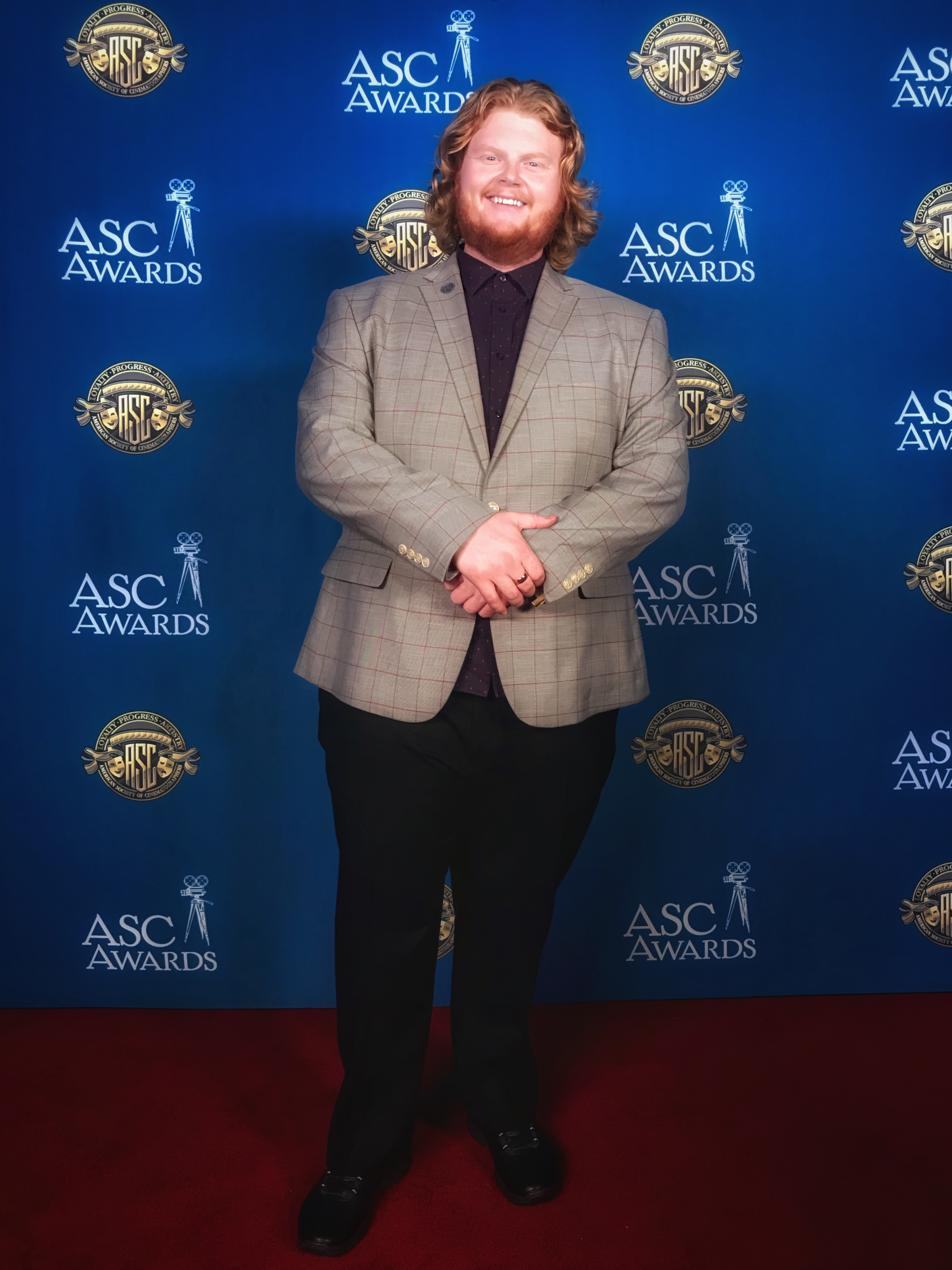 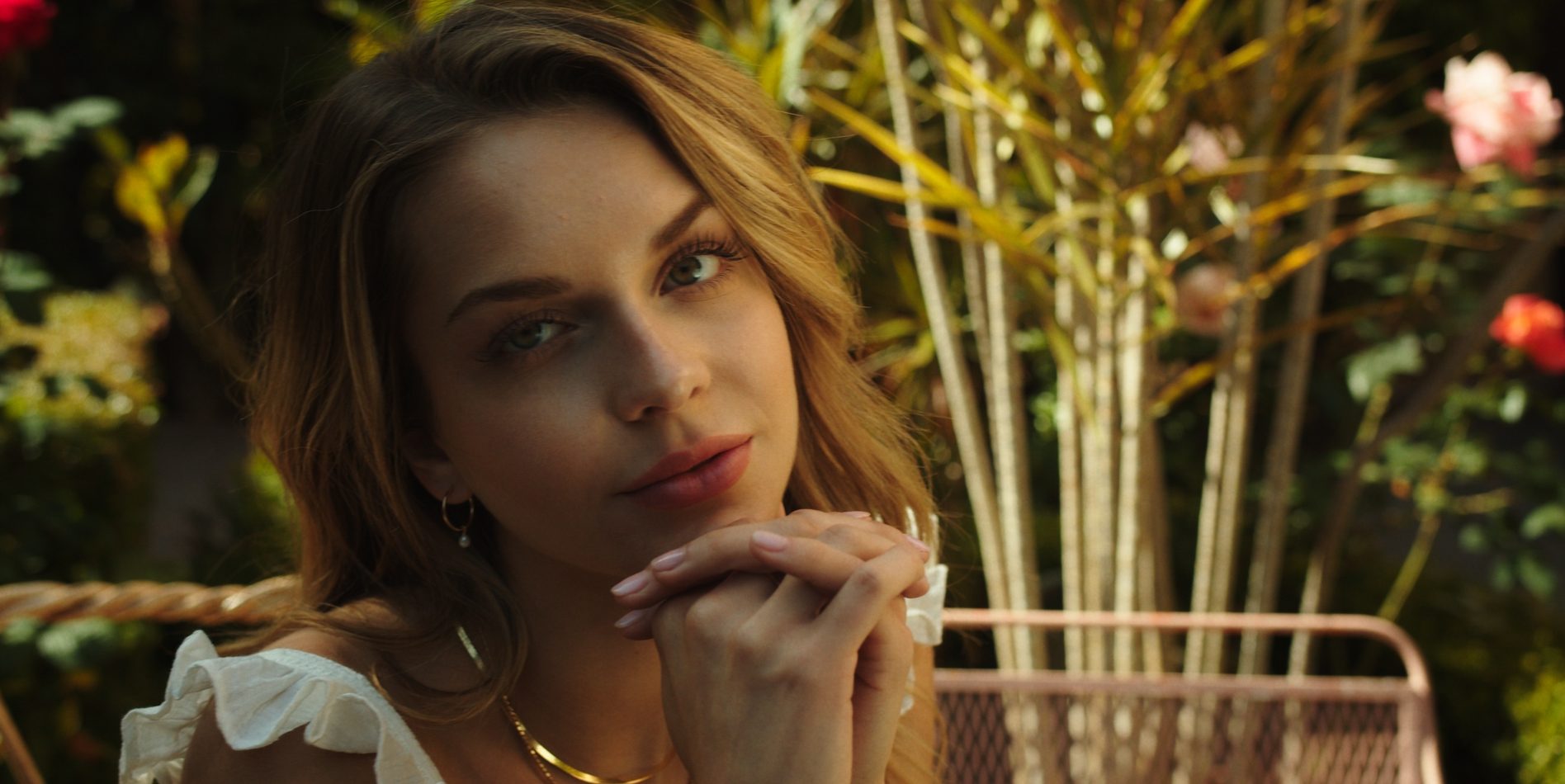