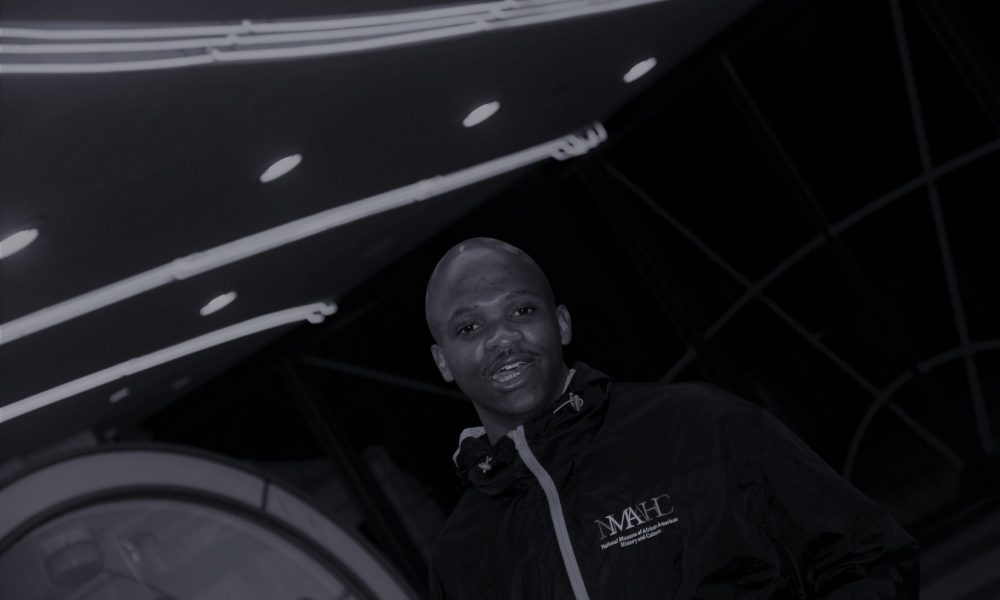 Today we’d like to introduce you to Sam Robertson.

Thanks for sharing your story with us Sam. So, let’s start at the beginning and we can move on from there.
I grew up in the Crenshaw District in LA. Deep inside, I feel a strong sense of pride about my people and where I come from. Some of my first memories in life are times with my Dad, my two older brothers and I riding our surrey bike out on Sundays to watch the low-riders on Crenshaw and Coliseum. I also consider myself fortunate to have had both parents at home, and older siblings pushing me to always put my best foot forward, to set goals high, and to never quit on things I’ve started.

From a young age, I realized story-telling was something I naturally gravitated towards. There was once a time when I hadn’t learned to use the computer yet, so I’d stand next to my Mom and tell her a story and she’d type it out for me. From there writing and storytelling became a re-occurring theme in my life. Although I got involved with other things like sports, the Boy Scouts, and djing house parties with my friends, writing in journals or shooting short videos and commercials was something I did often all the way through high school. During that time, I remember taking a trip to USC and walking through the film school there. It wasn’t until then that I realized film making was an actual career path. At the time, I could watch a movie and understand what artists like John Singleton and Spike Lee did but, visiting that campus made me realize that there was much more to making movies than just grabbing a camera and shooting something. It hit me that film was an art that is studied, and there were techniques to discover and practice in order to do it on the pro level. Also, understanding that at the root of all film making is storytelling was something that really set it off for me when the time came to decide what I wanted to do with my life.

For a while football was the prevailing interest in my life but, after my freshman season, I re-discovered film making when the opportunity revealed itself as a major in college. At the time, I was studying business management and was known as a pretty decent writer. There were times where my classmates would offer me money to write their papers. And, as a broke college student, I had to run that every now and then. But then the day came when football ended for me, and I needed to find something new to give my life purpose again. So, for me, discovering screenplay writing was like finding the code to a vault. Since then, I’ve been fully committed to the art of motion pictures.

At one point in college though, I had to realize that there was a process in which things are taken from the page to the screen. As a writer, I found it was essential for me to understand that process fully because I mean, what’s the use in writing a bunch of stuff if you don’t know how to get it made? Retaining ownership of the IP in the process of getting it made was also important to me. That’s when I found a passion for producing. The process of shepherding a story from its beginning stages all the way through post is what really excited me about the art of film making. Since my undergrad days, I’ve been lucky enough to write a gang of scripts and shoot lots of films. Some of which have gotten some great attention and won awards on the festival circuit. Now, the company I started with a close friend from college is on the verge of securing a deal with a major studio in my hometown.

Has it been a smooth road?
I think my own journey would closely resemble the trajectory of a roller coaster. Lots of ups and downs and exciting things to happen that I never saw coming. When I step back and look at my journey, it’s like there’s usually a time where it looks like there’s no hope, but then something comes along that ends up turning out better than what I was initially going for. One thing I know about myself is that I make the best of every opportunity that comes my way. All I need is a chance. Like Robert Horry in the 02′ finals against the Kings, even at the last second, if I get a chance, I’ll take my best shot.

When I was in college, I wanted to switch majors from business to communications (film). But, the film program on campus wasn’t accepting any new students because they were reconstructing their whole curriculum. Plus my grades were wack, so there were almost zero cards to play on my end. The best thing to do at the time was transfer to another school. Having to go through the application process all over again with so little leverage was tiring and disheartening. There was a time when I thought I’d have to take some time off of school and move back home. But, I ended up being blessed with the opportunity to transfer from Howard, right when the film program began at Morehouse. Turns out I ended going from the last person on the waitlist to being one of the first students in a brand new program at a whole new school.

By the last semester of senior year, I still knew there was lots I needed to learn about the industry so, I looked for jobs and researched grad programs. But, after graduation, I had no solid leads on a job or grad school. The schools I had applied to rejected me and I was unable to secure any entry-level position in the industry. Even my dream school back home, USC, rejected my application. So, here was another time when it looked things were happening to close the lid on my goals as a filmmaker. But, one day I decided to roll the dice and apply to a school I never intended on trying because I didn’t think I would get in. Months after graduation, I moved back home and worked in with the youth in my community. Time had passed since my interview with them but, one day, I got a call saying I was accepted into the Producing discipline at the American Film Institute. AFI turned out to be the best situation for me to refine my skills as a producer. The projects I worked on at AFI got lots of attention and swept awards at several festivals, which expanded my network tremendously. The work I did at AFI then lead to me getting a job at a studio here in LA.

After a year of work, I was laid off. Around the office, I was known as a hard worker but in my meeting with HR they brought up reasons like that one time when the creamer that the COO liked wasn’t in the refrigerator, but hey, that’s Hollywood for you. Again, the prospects of the future didn’t look too good. But luckily I was able to apply for unemployment and used the time off to start an LLC with my good friend, who I worked & roomed with as students at Morehouse and AFI. The extra time allowed us to write more, work on our slate, and exercise the connections we’d made over the years which has gotten us to where we are today.

We’d love to hear more about your business.
Crown Forum Pictures is a film production company specializing in producing quality projects for film and television. Its essentially a business/ Producer partnership between my good friend, David Starks, and myself under the umbrella of an LLC. The name of the company was inspired by a class we took (all students are required to take) while at Morehouse College called “Crown Forum.” The class meets once a week, and some of the primary functions of it are to:

It was in this spirit that we created CFP, with a mission to expose audiences to quality performances on screen while inspiring them to initiate a dialogue and action which influences society at large. As a company, we are still in the beginning stages, but one thing I’m very proud of is that we have a talented, humble, and confident team, who is eager to get better, who are willing to take risks, and we’re unapologetic about who we are and what we believe.

Is our city a good place to do what you do?
Yeah, I think LA is the best place to start if you want to get into film making. The infrastructure here is the most conducive to getting your foot in the door to an otherwise exclusive industry. And with such a deep-seeded culture of film in the city, it is common to meet dedicated people with similar interests who are willing to collaborate in an effort to learn and grow more in the craft. 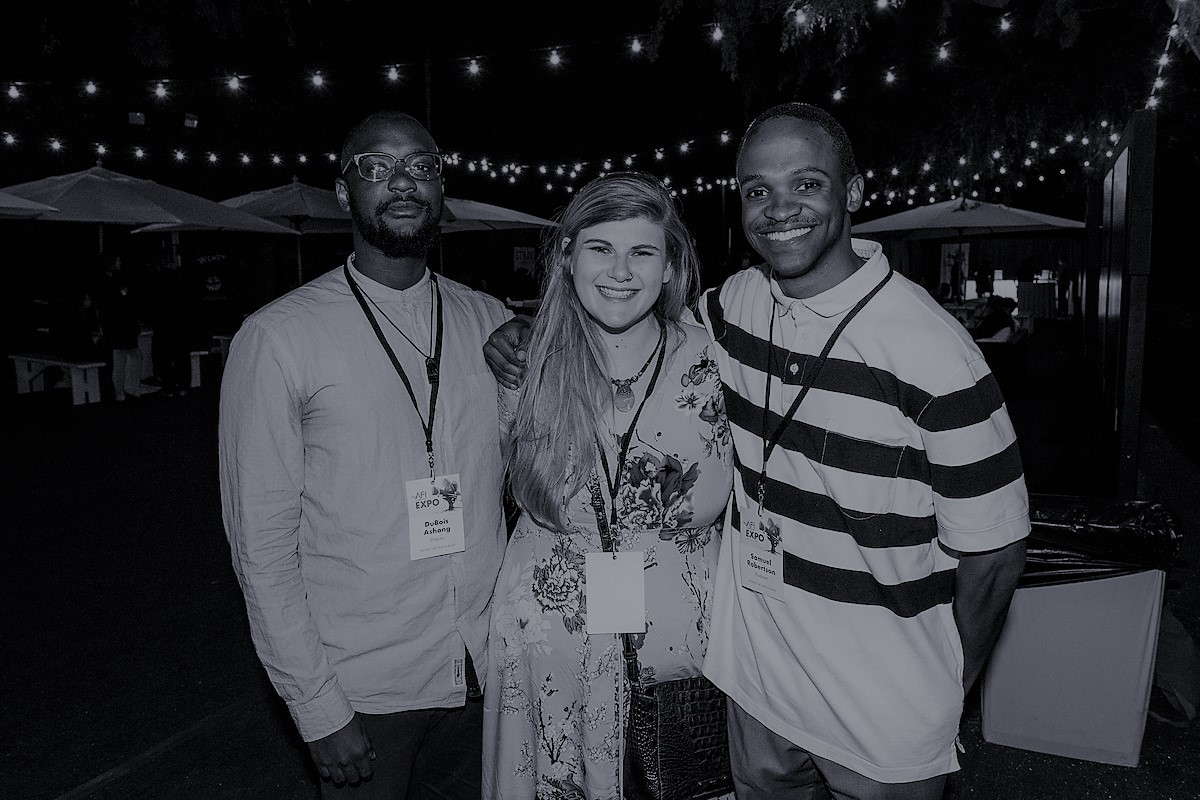 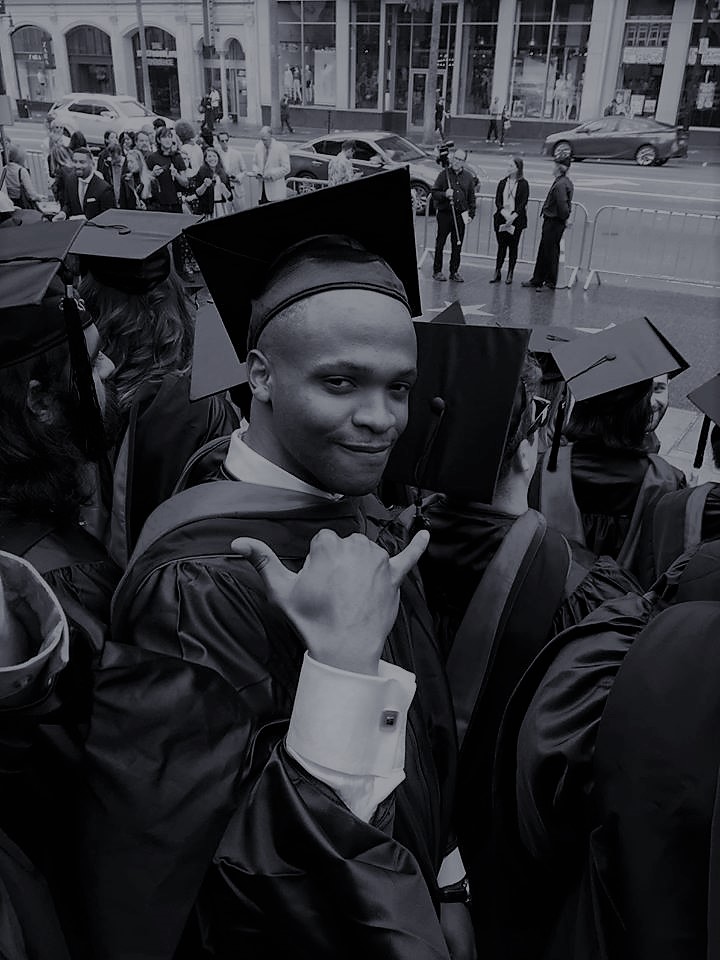 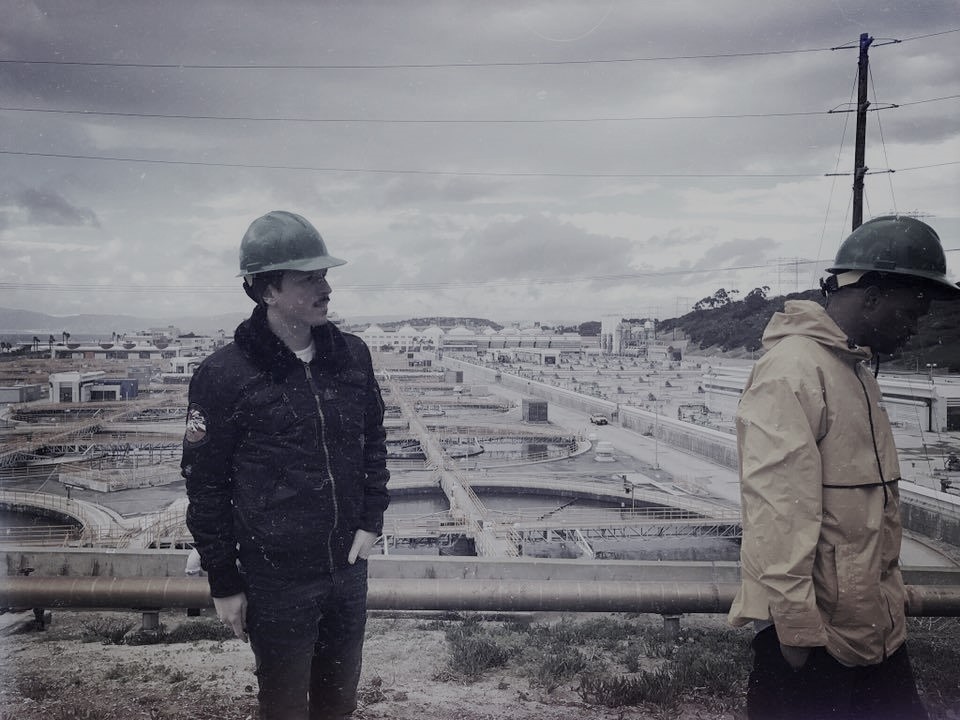 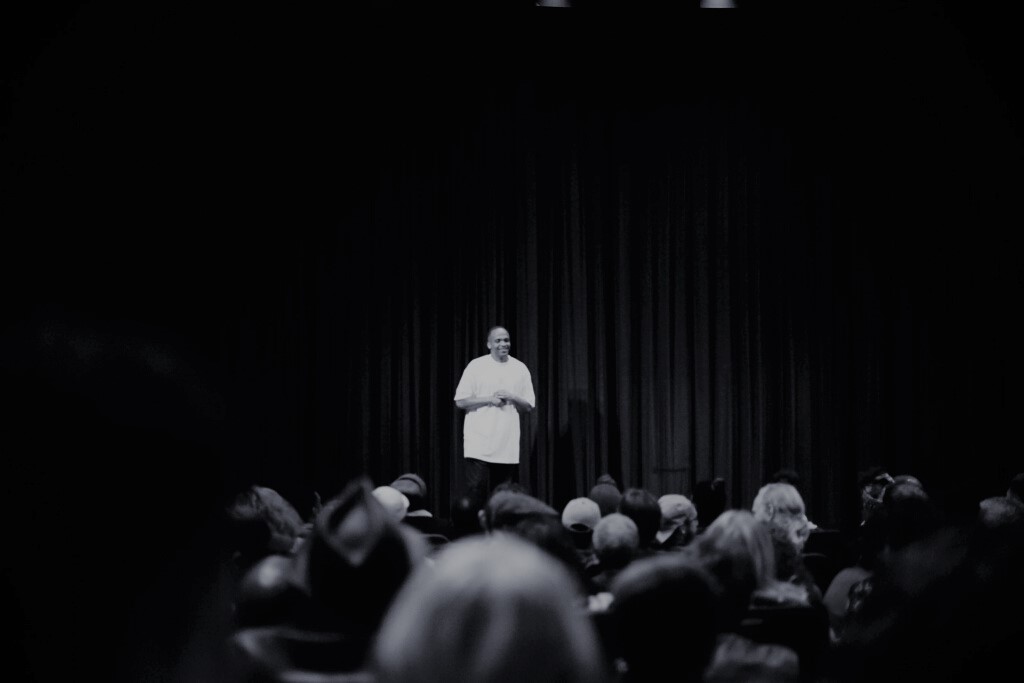 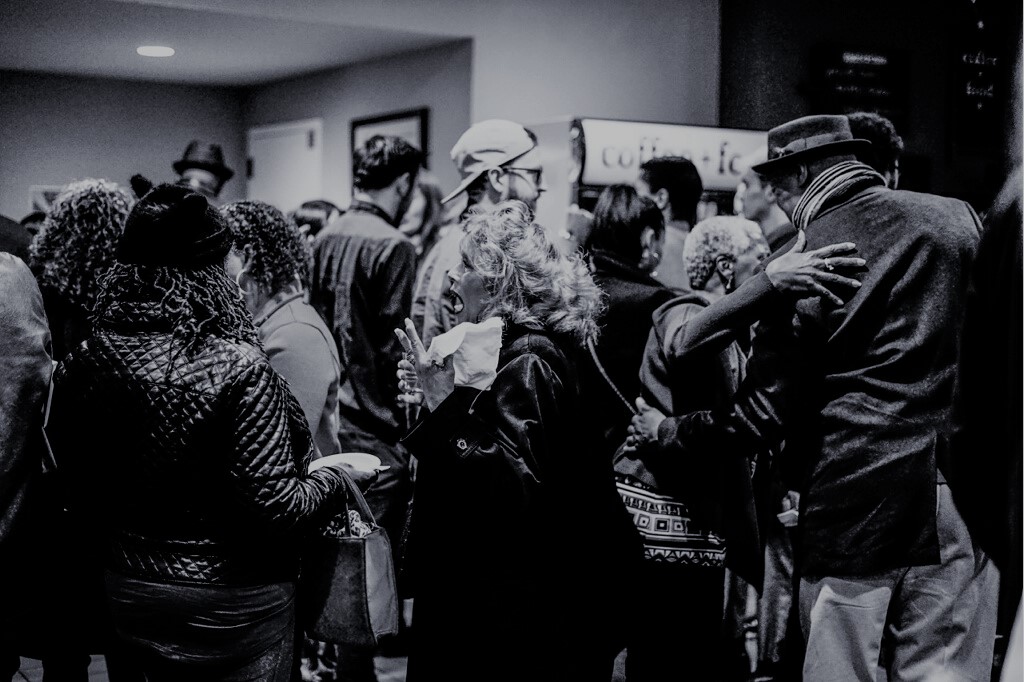 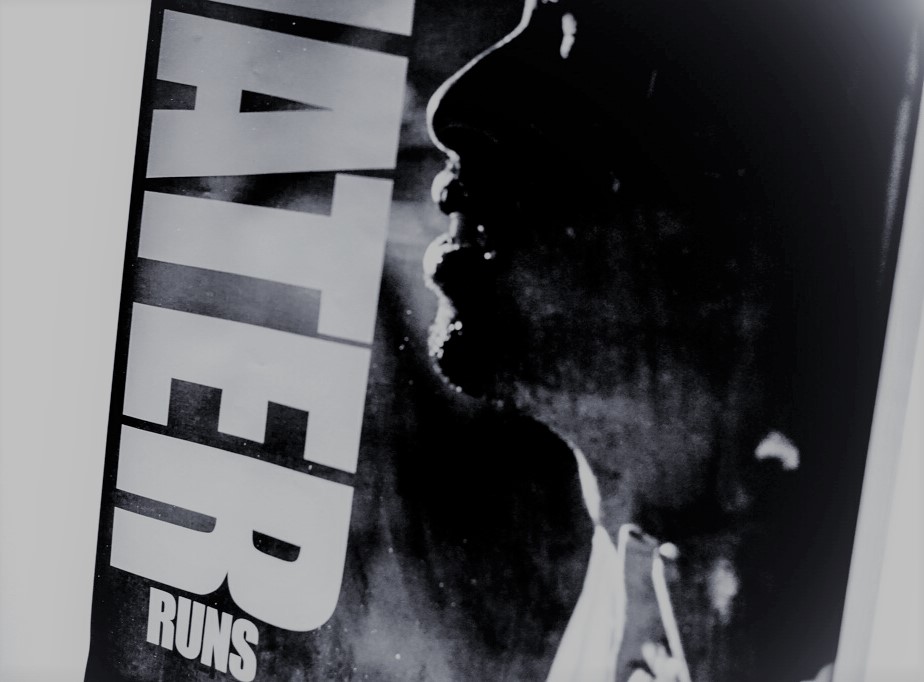 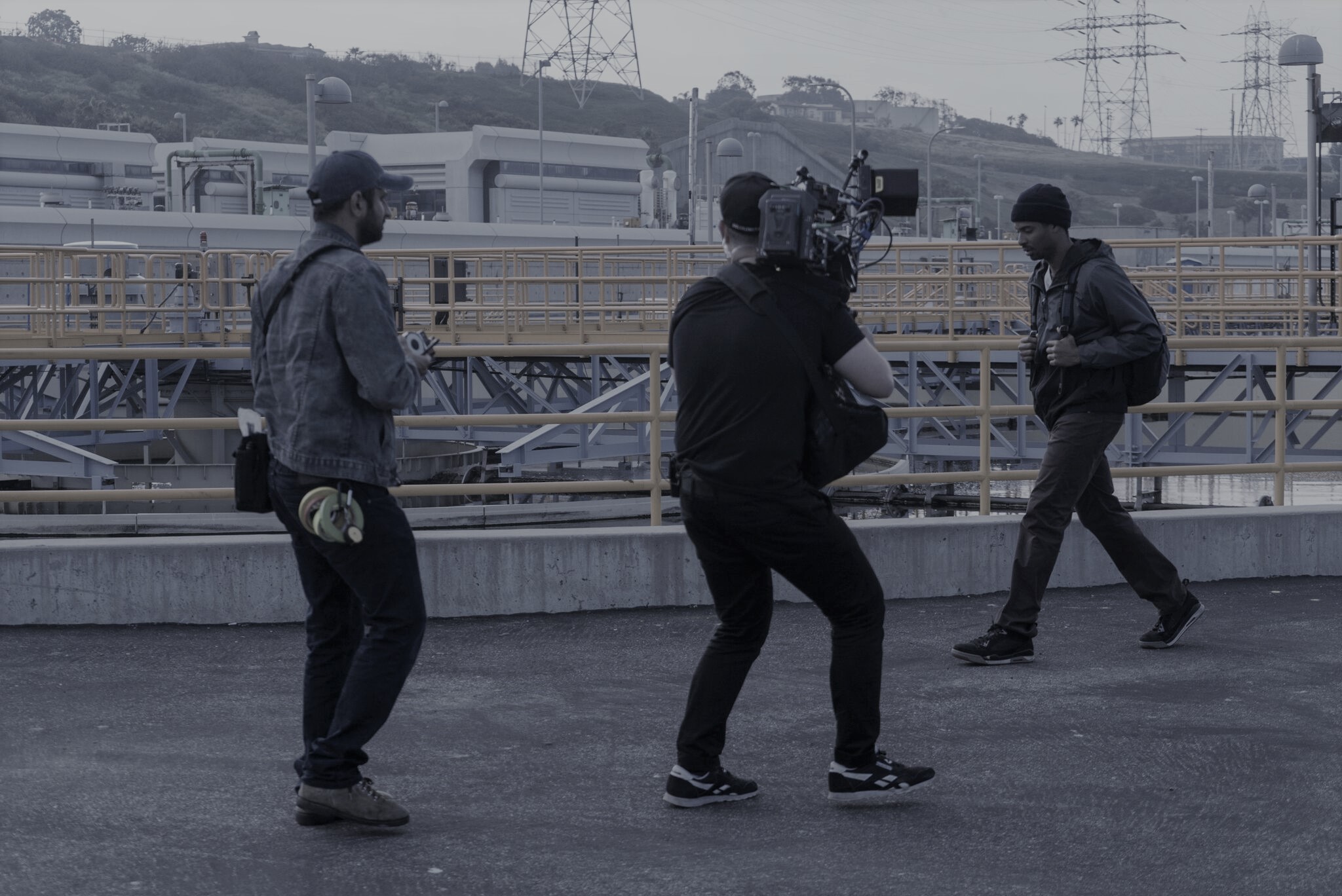