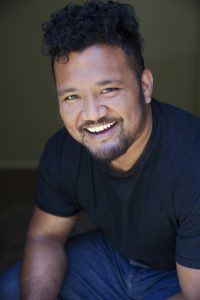 Today we’d like to introduce you to Sam Puefua.

Sam, let’s start with your story. We’d love to hear how you got started and how the journey has been so far.
Well, I started my journey right out of High school after taking a drama class my senior year. Immediately went to acting schools (went to a few different ones) and spent about four years just learning and practicing my craft. After those four years, I started submitting and working on small projects like Student films and independent films just to get footage and practice my craft even more.

Now, obviously none of those projects paid me, but all that time and effort eventually paid down the road. On my 8th year pursuing acting, I got my first break on a show called Hawaii Five-0 where I got to play a Polynesian (who would’ve thought lol). And from that little break, I was blessed to continue working on other shows and to keep improving. My most recent venture, which is a show that I not only loved working on, but am a huge fan of as well is a show called Lodge 49. If you haven’t seen it, go watch it! It’s on Hulu! Trust me, you’ll love it!

Aside from acting, I recently started venturing behind the scenes. Directed my first film in 2018 with a great team of talented folks, a film called MAMBA. With that came a whole different world of responsibilities that I’m not use to, but because of the great group of friends and professionals that I got the chance to with, it became a fun experience for me. Our film did really well in the film festival circuit to which we won multiple awards. Currently working on my next film, titled IMPASSE, with another group of talented folks at the moment and I look forward to sharing more about they project the as we get closer to filming. Though I’m starting to love working behind the camera, my first love will continue to be Acting.

Great, so let’s dig a little deeper into the story – has it been an easy path overall and if not, what were the challenges you’ve had to overcome?
If anyone said it’s been an easy road for them, then hats off to them, because for me, none of this was easy. Thing about following your dreams and doing what you love is that there will always be challenges, right? Like the saying goes “If it were easy, everyone would be doing it.” But because I love what I do, I wouldn’t have it any other way.

As a Polynesian and a person of color in this industry, sometimes it feels more than difficult. Some of the challenges I face is that there aren’t enough roles out there for someone like me and there isn’t enough representation for the Polynesian people on screen. That’s why I give Dwayne Johnson, Jason Momoa and Taika Waititi big ups for creating stories that represent our people. For giving someone like me a chance and opening these doors that weren’t available to us to access before. And that’s what we have to do. Create our own opportunities by creating our own stories. In the words of the cuzzy bro (New Zealand slang I learned from my NZ mates) Taika “We are the original Storytellers”.

What do you do, what do you specialize in, what are you known for, etc. What are you most proud of as a company? What sets you apart from others?
Work is exciting and a Joy for me! Love getting to jump into different character’s shoes and seeing how relatable, or not relatable, they are to myself and just the exploration part of it is what makes it fun! I also, as I mentioned before, am a filmmaker/ director. Starting to love the feeling of being behind the camera just as much as I do being in front of it.

As far as body of work, a few folks know me for playing Herman from the show Lodge 49, but I think that’s about it. I’ve done a good amount of tv and films, but I’m no one recognizable, you know. Just a guy doing what he loves. One day though, one day soon. What I’m most proud of? That’s a tough one because there are so many projects I’ve worked on, it’s hard to just pick one. So here are a few that I had the honor of working on. First is the show I just mentioned, Lodge 49. This show is not just magical on screen, but off screen as well. Great storytelling with lovable and funny characters. And the people involved on the show, everyone of them were nothing short of amazing and wonderful. They are what makes this show great and why I’m proud to be a part it. Thank you Jim, Paul, Peter and everyone for giving me that chance.

The other thing I’m proud of is a Film I got to direct called MAMBA. Getting to sit behind the camera, directing the scenes, giving actors their motivations, etc. were all very exciting and stressful all at the same time. Not only that, but I got to work with long time friends and new friends who were all very talented and hardworking professionals. To whom I thank because if it wasn’t for them, the film would never have made the light of day. Thank you to Sonalii for letting me have the honor of bringing your story to life and to Haile, Brendon, D.Miles, Cooper, Luke, Vincent, Wilder, Mark, Subin, Enele, Pingi, Sinilau, Kiera, Kosey, Nathan, Nick, Allen, Anthony and anyone that I called on and answered the call. I thank you all, Osu! What sets me apart from others? I’m Samoan. Not many of them in the industry, but we’re changing that.

What has been the proudest moment of your career so far?
Proudest moment of my career, so far, still has to be 2013 when I went to my first Red Carpet feature film premiere to which my parents and family members attended. When I first started doing acting, a lot of my family members were scared and nervous for me, especially my parents. We knew no one on that field and there was no one I could talk to if I needed help in this industry you know. But on that day at the premiere and my parents showed up suited and booted. I saw a sign of relief on their faces and saw how happy they were for me that I am really doing it. Here I am doing something that I love and making a living out of it(was still kinda broke at that time, but I was finally making money from acting). I got to share that moment with my family.

So yeah, very proud moment! And many more to come, I know it! 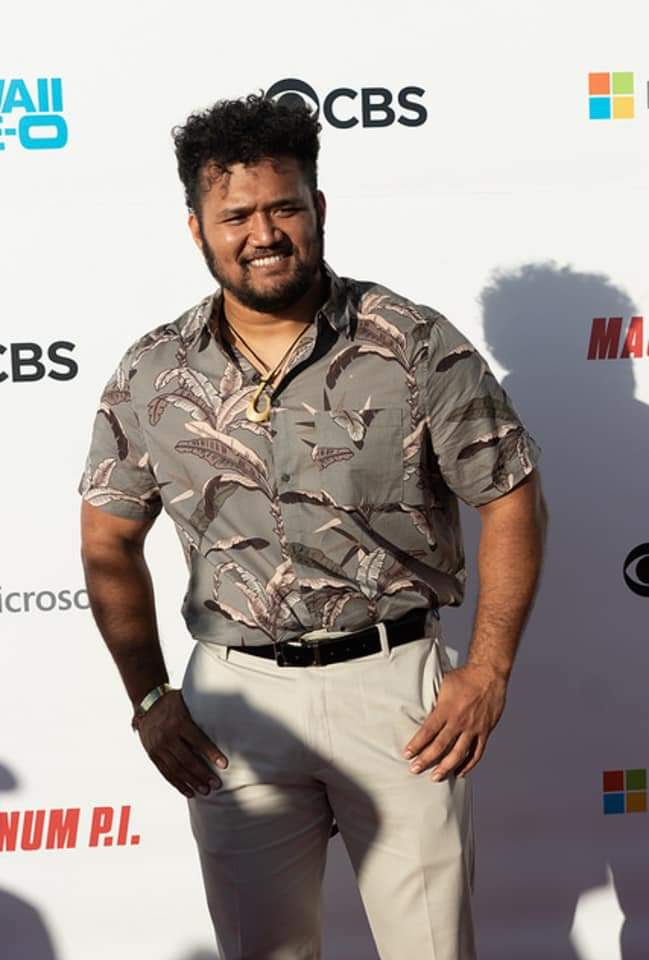 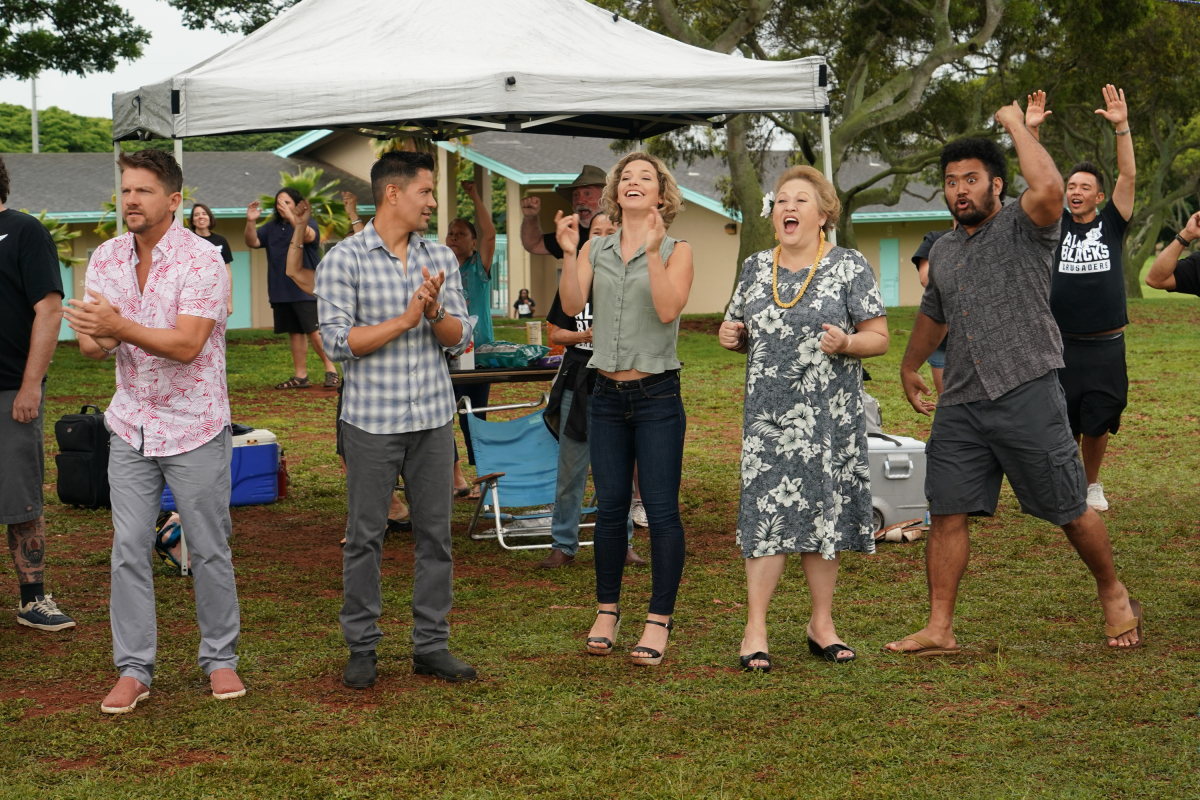 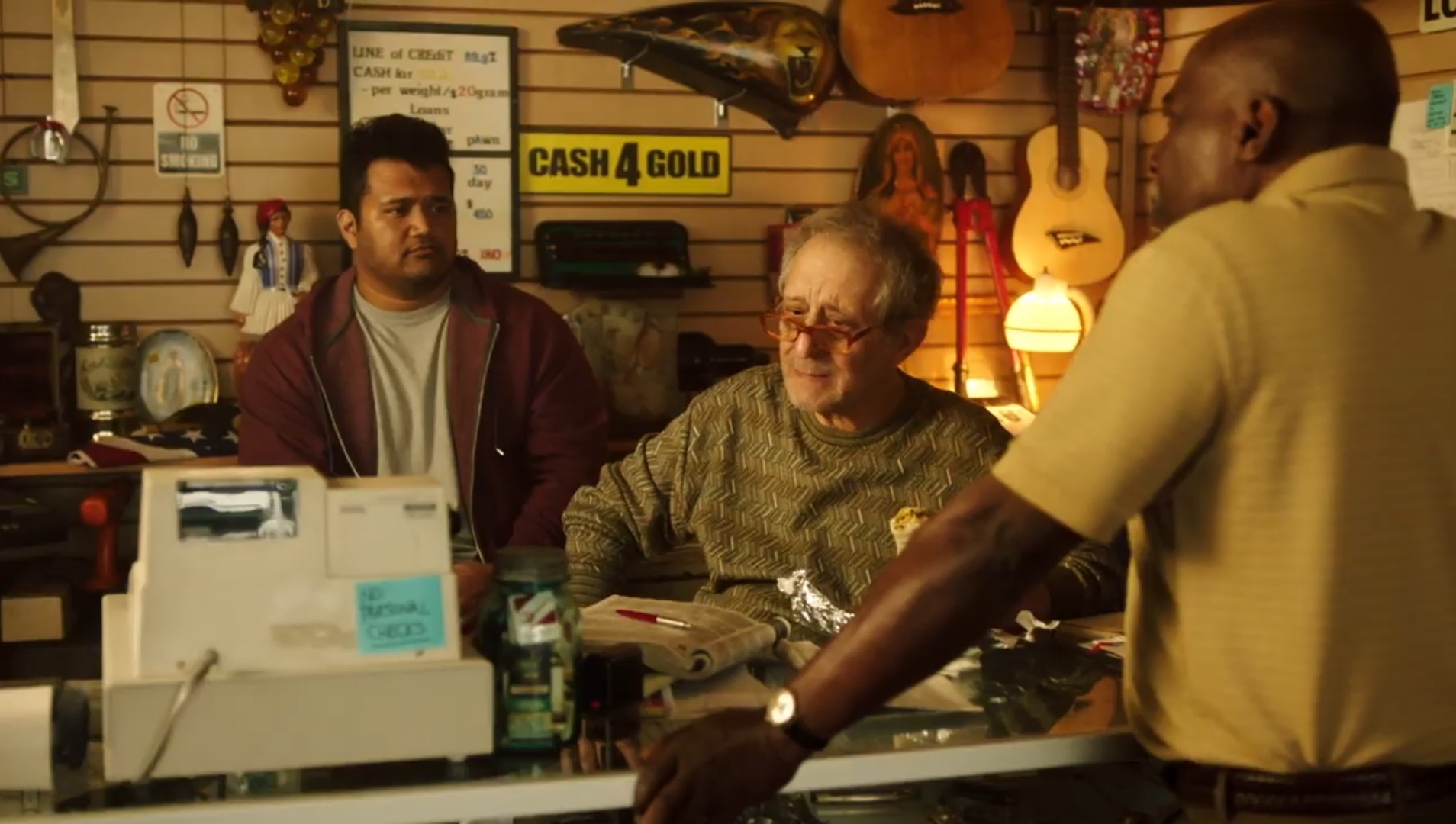 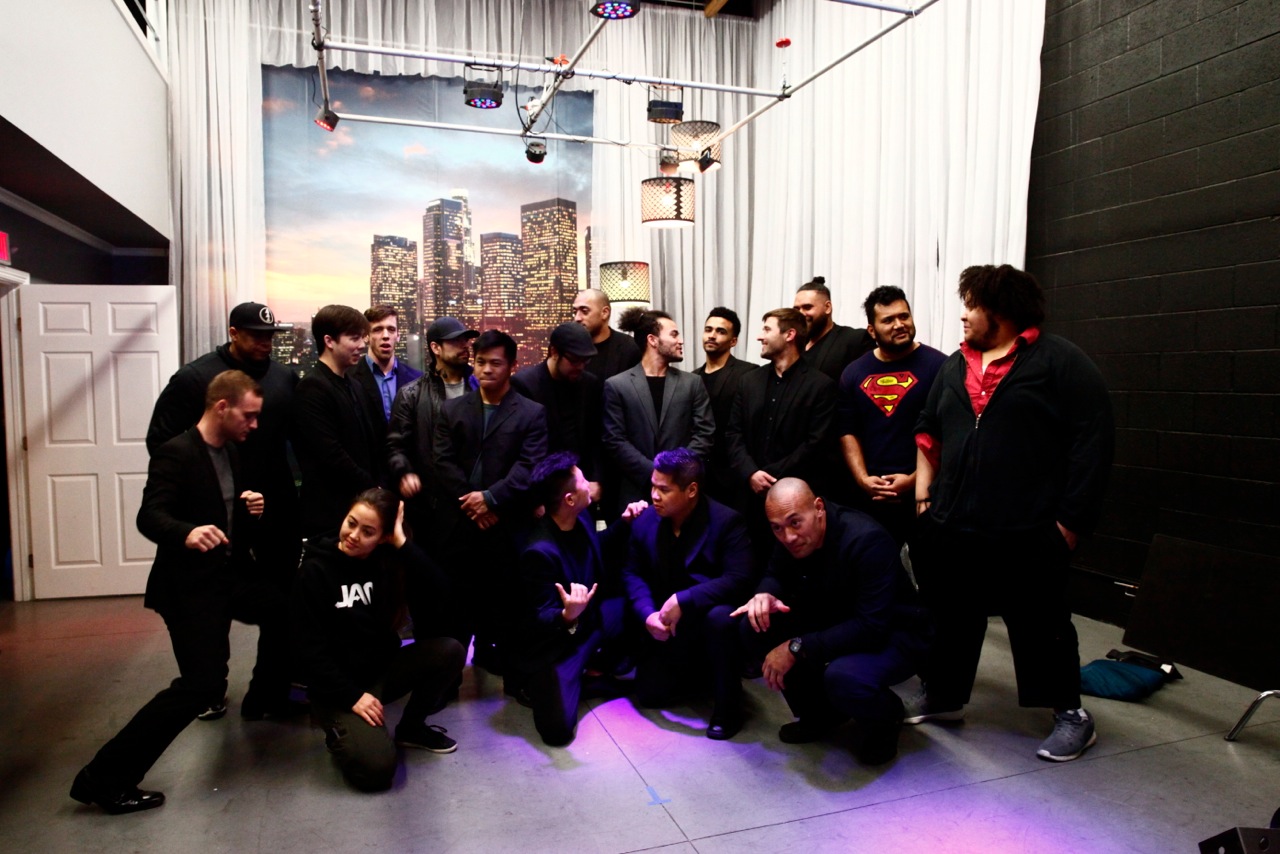 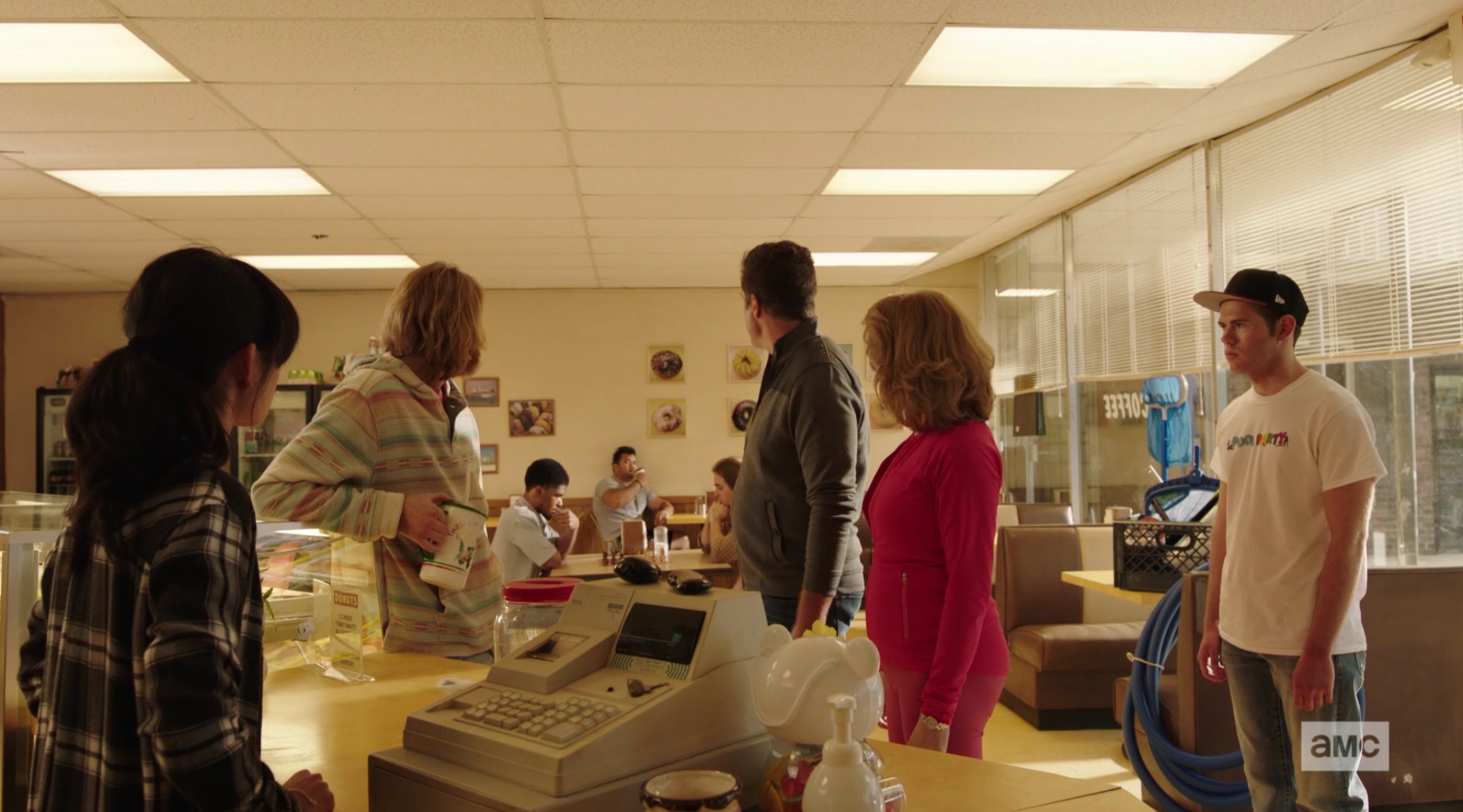 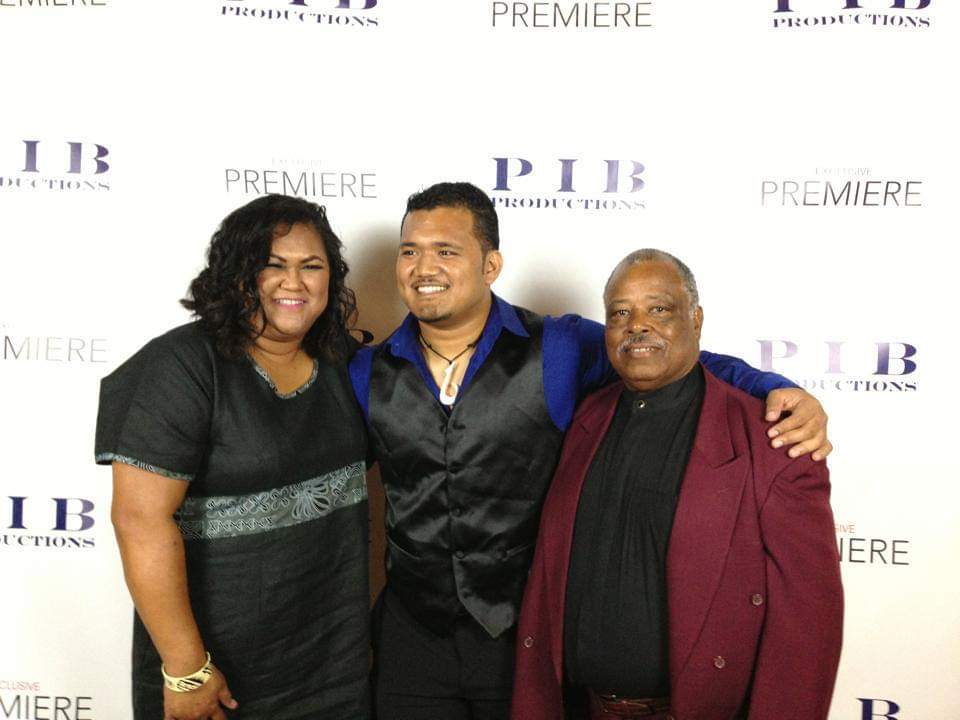