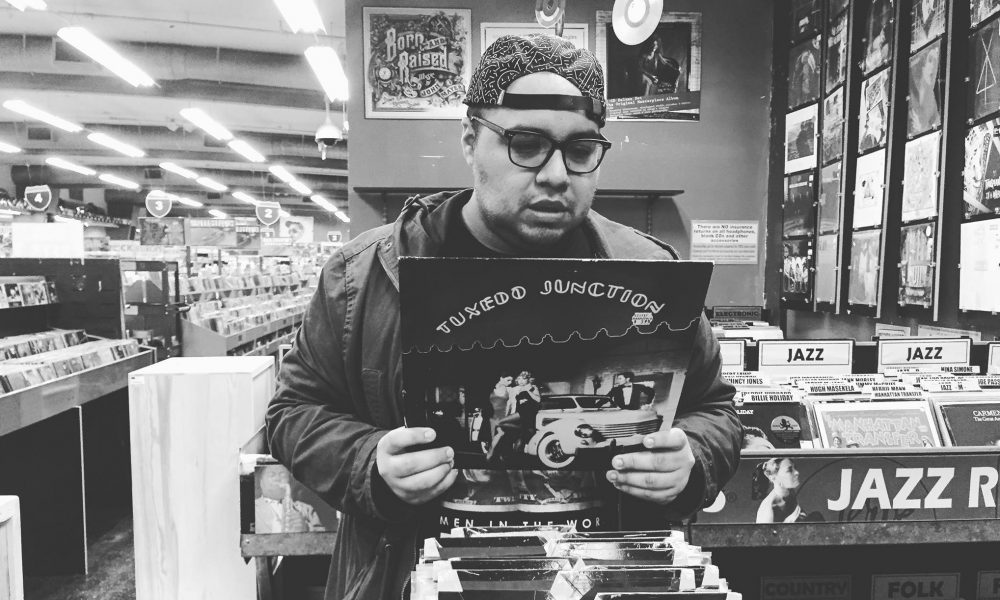 Today we’d like to introduce you to Sam Hernandez.

Thanks for sharing your story with us Sam. So, let’s start at the beginning and we can move on from there.
Growing up, I always wanted to be a rapper. That’s a pretty cliche for someone growing up in the 90’s. My older brothers would always play Big Daddy Kane, Pac, Biggie, Snoop and Dre around me when I was a kid so I was pretty much raised on Hip Hop. My mom was against me listening to rap music because of the profanity but it was always around me so there was no way I wasn’t going to NOT listen to it. When I was in Jr. High, I used to always write raps during class hours.

Me and my homies would be freestyling at recess off a CD walkman that had a bunch of instrumentals we downloaded off Limewire and we would just clown each other while rhyming. That’s all we had back then because finding someone that had a microphone to record a song on was difficult. You either had to be super rich or just be related to somebody that had a studio. When I got to High School, everyone wanted to be a rapper and I didn’t want to join the trendy wave so I just stopped rapping completely. I still wanted to write poetry, rhymes, and well, honestly I just wanted to do something with music because I knew it was a passion to me that I didn’t want to let go.

Not too long after that, I came across this album that was recommended to me by a homie of mine at the time and the album was called “The Listening” by this group called Little Brother and I listened to it and it was over from there. That album changed my life completely. I fell in love with the production on that album because the beats were all old soul songs from the 70’s and the tempo and vocals were sped up with heavy drums around them. I thought that was the most amazing thing I had ever heard. I knew right then and there that was what I wanted to learn to do. I would go home after school and watch videos online and just do my research so I could get everything I needed to start making beats.

While I was doing research, I came across this program to make beats called FL Studio, which didn’t need any hardware equipment or anything like that. All you needed was a laptop and speakers because all the sounds and drums were inside the program. I thought that was good for me because I honestly wasn’t really good at playing a live instrument or anything. Thinking back to when I was a kid, my mom sent me to music camp for a few summers.

She made me take a bunch of piano classes and made sure I did band at school, but I was half decent at that. She wanted me to play an instrument like my dad cause well, my dad was and still is a great bass guitar player. He played in a few bands and got to play on TV a few times, and my Grandpa was really good at playing the accordion and the guitar, so it was like a generation thing I guess you can say but I definitely got music in my genes. It was destined for me to do something musically in my life.

So with that being said, I downloaded FL Studio and started watching tutorials online and attempted to make beats. I gave up so many times but eventually, I started making progress after months of practice. I would make beats all throughout my junior and senior year of high school. and even after I graduated, I continued to make beats, but it was always an off-and-on thing that I couldn’t fully commit to. I went to Art school out in Orange County and I was holding down a long distance relationship with my girlfriend at the time.

We had been together since high school, so I was always focusing on seeing her instead of music/art. I was just young and stupid but eventually, things didn’t work out and we broke up and I just went into like a stage of depression. I didn’t want to do anything but just lock myself in my room and I actually did that for months. I distanced myself from my family and friends. The only thing I had that would keep me somewhat sane was music, so I would be making beats all day in my own little world. I would knock out like 20 beats a day and each day that went by, I got better and better. Even though that was a tough time in my life, I’m actually thankful I went through all that because I probably wouldn’t have still been making beats today.

And now, as the years are passing, my resume keeps getting heavier. I’ve dropped 3 full beat tapes (Beverly Trillz, Audrey Hepburn, and Futuristik Retrospekt) and 1 compilation album (The Last Generation) and I got a couple more projects on the way this year. I also got a lot more beat placements with some artists coming out soon as well, so I think its safe to say that it was all worth it.

Overall, has it been relatively smooth? If not, what were some of the struggles along the way?
Honestly, I feel like you have to struggle in order to succeed. Everyone struggles differently. I’ve had times where I feel like I want to quit music altogether. Sometimes I feel like I’m getting too old or I can’t be creative anymore.

Whenever I feel that way, I always find myself slowly coming back to making music again and that’s just how I know music is always going to be apart of my life no matter what.

Alright – so let’s talk business. Tell us about $AMMY J – what should we know?
I’m influenced by all kinds of different genres. My style has changed over the years because I’ve learned to experiment with different sounds and vibes. I love the challenge of making a beat that’s outside of my comfort zone whether it’s a trap beat, a rock beat or a pop beat. I’m always willing to experiment and work with different artists, I think that’s what opens up a lot of doors for me because I’m able to adjust and not be afraid to step outside my comfort zone.

Any shoutouts? Who else deserves credit in this story – who has played a meaningful role?
My people around me have been very supportive and keep me moving. Austin, Chad, Xavr, Druu, and Ryan. That’s like my family right there. I just want to give them a shout cause they do deserve it. I also want to credit my good friend Cassy for her support throughout the years and making sure I never give up because she believes in me a lot.

I’ll always love her for that. Also, I can’t forget my boy Clif Soulo from Oakland. Like, he’s the first rapper to ever give me a chance. He always had patience with me and we’ve seen each other grow musically from like 2008-2009. I just have to credit him because if he never gave me a shot, I would have given up on this music. He helps me put my name out there. So shout out to him! Also, my current girlfriend Ly for being there for me.

She understands and respects my passion for music and she’s my #1 fan so I’ll always love her for that. And last but not least, my birthplace, Northside Visalia. Garden block. I’m always doing what I can to put on for my city because I feel it’s a city that keeps growing and there is tons of unnoticed talent out here that needs to be recognized. 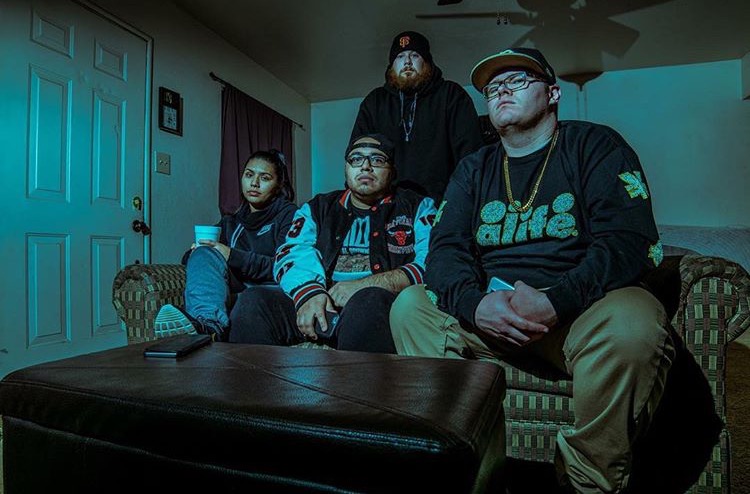 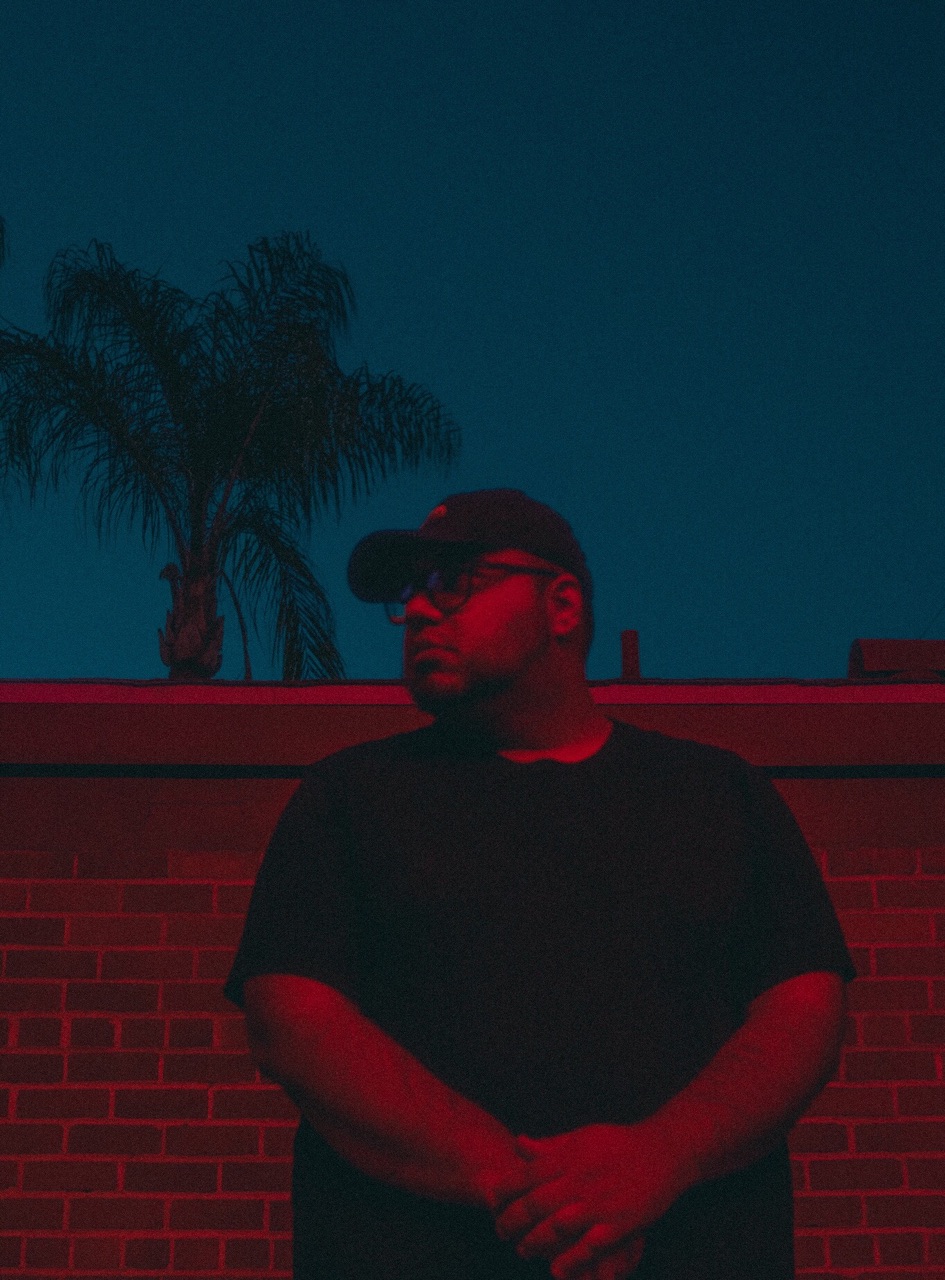 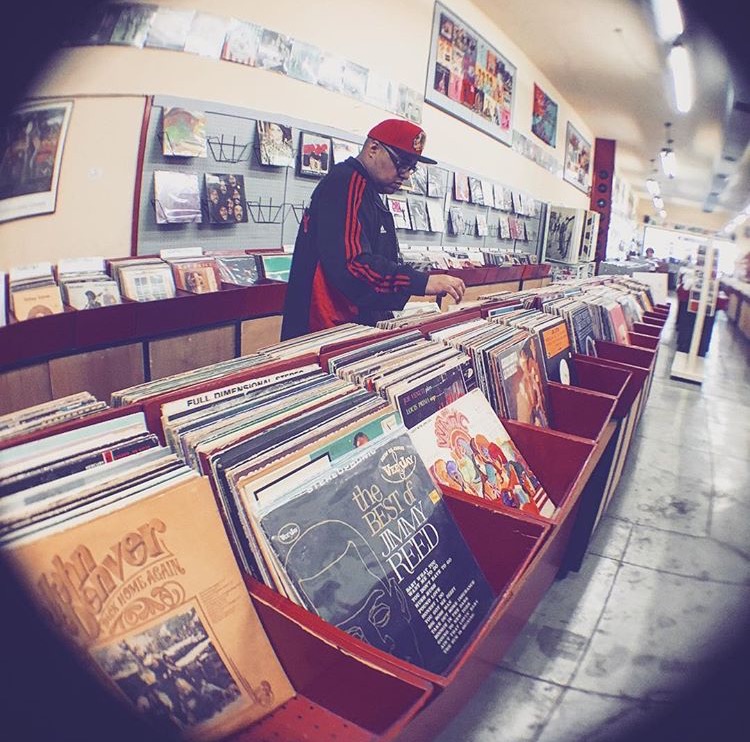 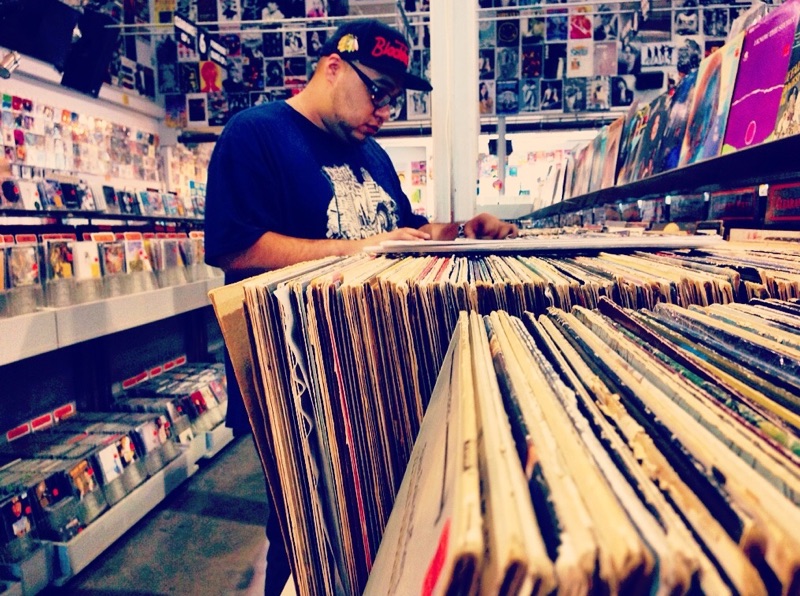 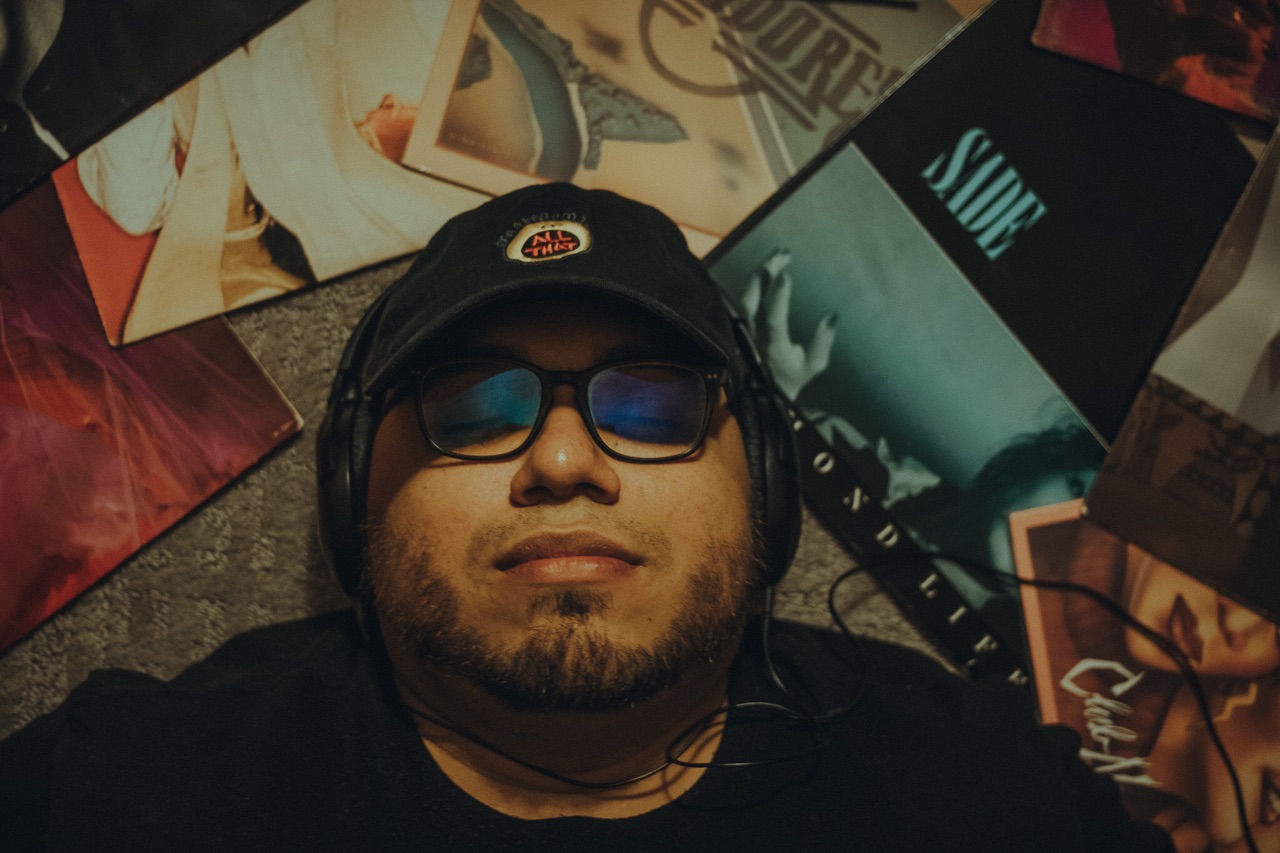 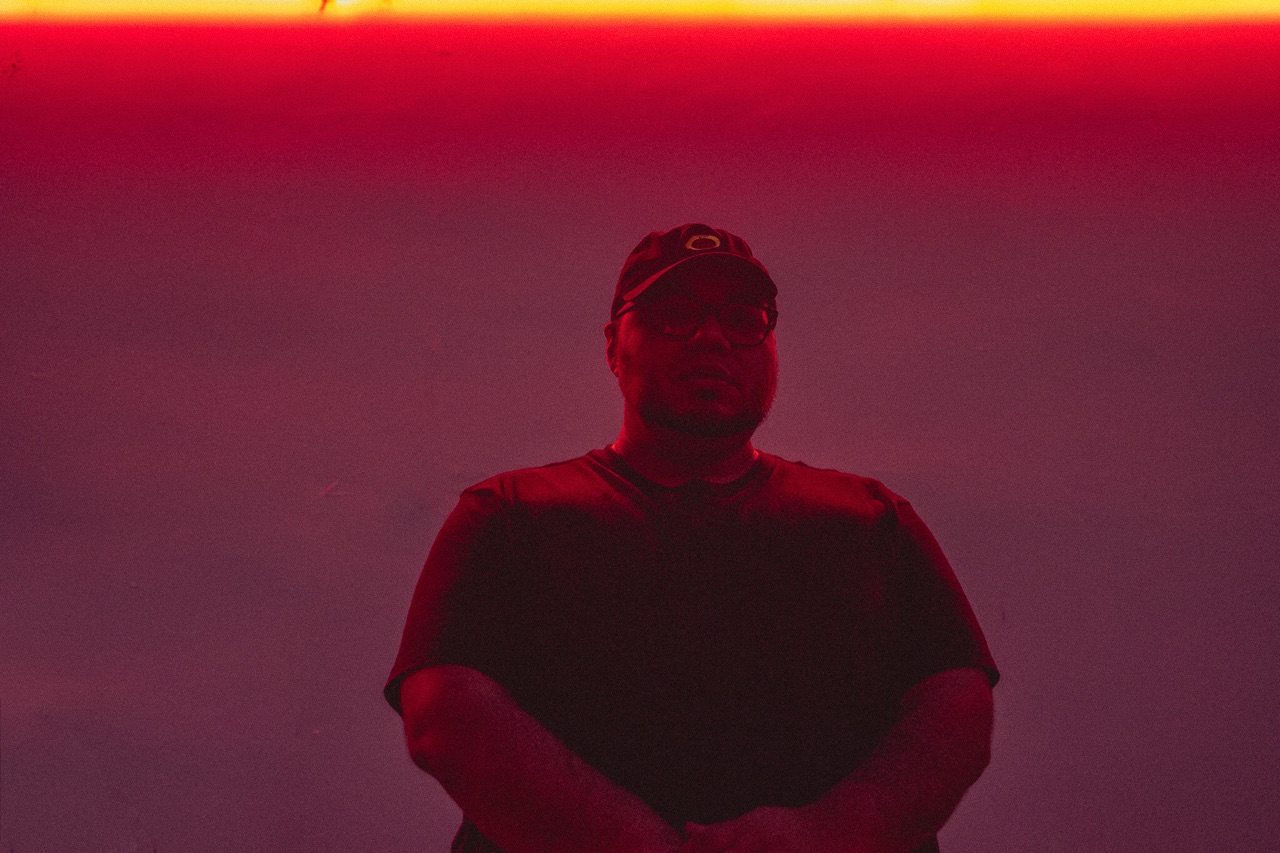