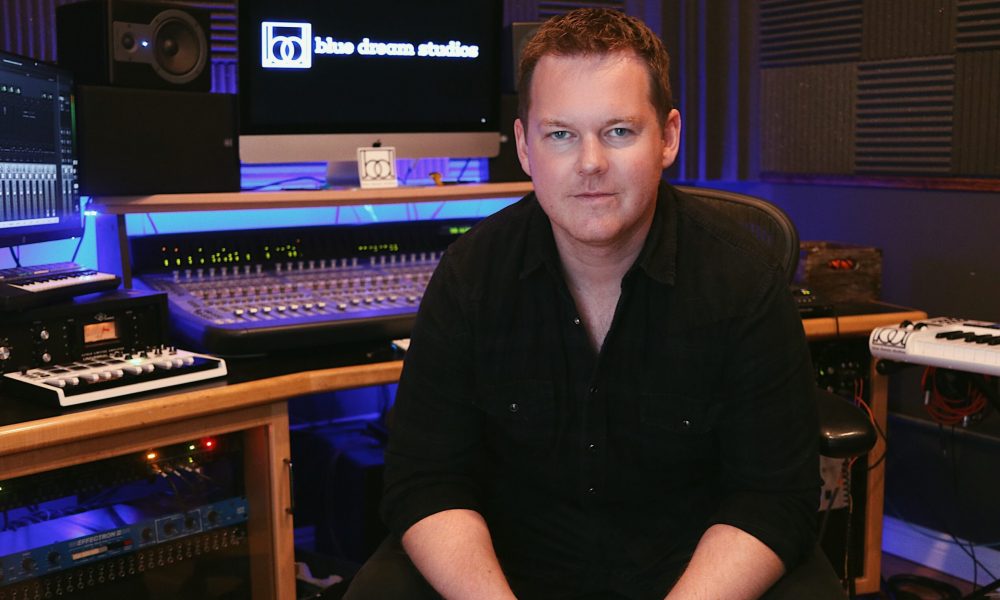 Today we’d like to introduce you to Sam Brawner.

Sam, please share your story with us. How did you get to where you are today?
I was born in Green Bay, Wisconsin and grew up in the small city of Neenah, WI. My first instrument was piano at five years old, which evolved into me playing drums around the age of 12. From an early age, I always remembered being interested in sound and ways I could record and manipulate it. My first recording experience was with a Talk Boy, the thing that Kevin used in Home Alone 2 to change the pitch of his voice. I also used a boombox with a built-in mic to record the different rock bands I was in throughout middle school, and in high school I had a few recording experiences in some small home studios. After graduating high school I moved to Los Angeles to pursue a music degree in jazz studies at the University of Southern California. Shortly after I began college, I met my mentor Keith Armstrong, who was, at the time, engineering at Chris Lord-Alge’s Studio, Mix LA. This studio used to be the former Death Row records studio, so I was immediately intrigued by the history and the ridiculous studio layout. I eventually spent a lot of time assisting Keith doing anything from playing or editing drums to mix prepping and sitting in on his mixing sessions. In 2009, I started Blue Dream Productions, working out of a few different studios as well as my bedroom. In 2011, I met my partner, soul/r&b singer and LA native Raquel Rodriguez, and in 2015 we decided to build our own studio together. We officially opened the doors to the current Blue Dream Studios at the beginning of 2016.

Overall, has it been relatively smooth? If not, what were some of the struggles along the way?
The road to finding my own studio space wasn’t very smooth at all. I started renting a studio in downtown LA with a few friends where I was able to start building a small client base. I got my first paid job mixing Anderson.Paak’s record “O.B.E. Vol. 1” (his artist name at the time was Breezy Lovejoy). After only about two months we were asked to leave the space because of noise complaints. The walls were pretty thin and I was the only one recording and playing drums in the building. I was in the middle of mixing. Paak’s record at the time and had to finish it at home on my laptop in my bedroom. It was a struggle to keep clients as I was moving around to different studios trying to make it work without a place of my own. I started renting another space at a rehearsal lockout in North Hollywood but it was only one room and we had loud neighbors. It wasn’t really a place I could bring clients and say “hey, wanna make a record here?” After two years in this rehearsal space, Raquel and I moved into a new property that allowed for us to create what is now Blue Dream Studios. Once we opened the current Blue Dream, I finally had a place to call home and somewhere that I am proud to invite people to.

Blue Dream Studios – what should we know? What do you guys do best? What sets you apart from the competition?
We are a recording studio in Los Angeles that also offers mixing and mastering services as well as in-house music video production packages. We have a large tracking room equipped with drums, bass and guitar amps, and multiple vintage keyboards. We’ve recorded anything from string quartets and horn sections to drums and vocals. We also record full bands and sometimes the occasional tap dancer. We do it all!

We are most proud of (and the most known for) the quality content that comes from the studio and the artists that trust us with the process. Our laid-back, low stress environment helps set us apart from other sterile, vibe-less studios. Aside from our recording capabilities and the sounds we get from our live room, one of the other things we’re really proud of is the way the studio actually looks. When we finally finished construction we wanted to take the next step in creating a space that was aesthetically pleasing not just for our video content but for us and our guests to feel comfortable and creative in a space that feels like home for everyone.

One of the major things that sets us apart is our “Backyard Sessions” series. About five times a year, we host these events at our home/studio for about 100 of our friends, clients and fellow artists. These Backyard Sessions have gotten so popular that it is now invite/RSVP only. We serve food provided by Raquel’s family and their restaurant, Gilbert’s El Indio and have been sponsored by companies like Sierra Nevada, REVEL Agave Spirits and The Flower Co. Most importantly, we showcase some of the best talent that we’ve seen at Blue Dream and we create a network for everyone to come and connect and sometimes meet some of their favorite artists.

What is “success” or “successful” for you?
We are musicians first and foremost and that has been a big part of why we have been so successful. We’re part of an amazing community of musicians and friends in Los Angeles. Raquel grew up with so many of them. We both went to college with them. We play gigs with them. The music community, especially in LA, is relatively small so all of our early business came from word of mouth and from recording a lot of our friends to build our portfolio. Eventually, all of the buzz led us to recording artists like Mac Ayres, Aloe Blacc and Moonchild as well as working with Quincy Jones Productions. 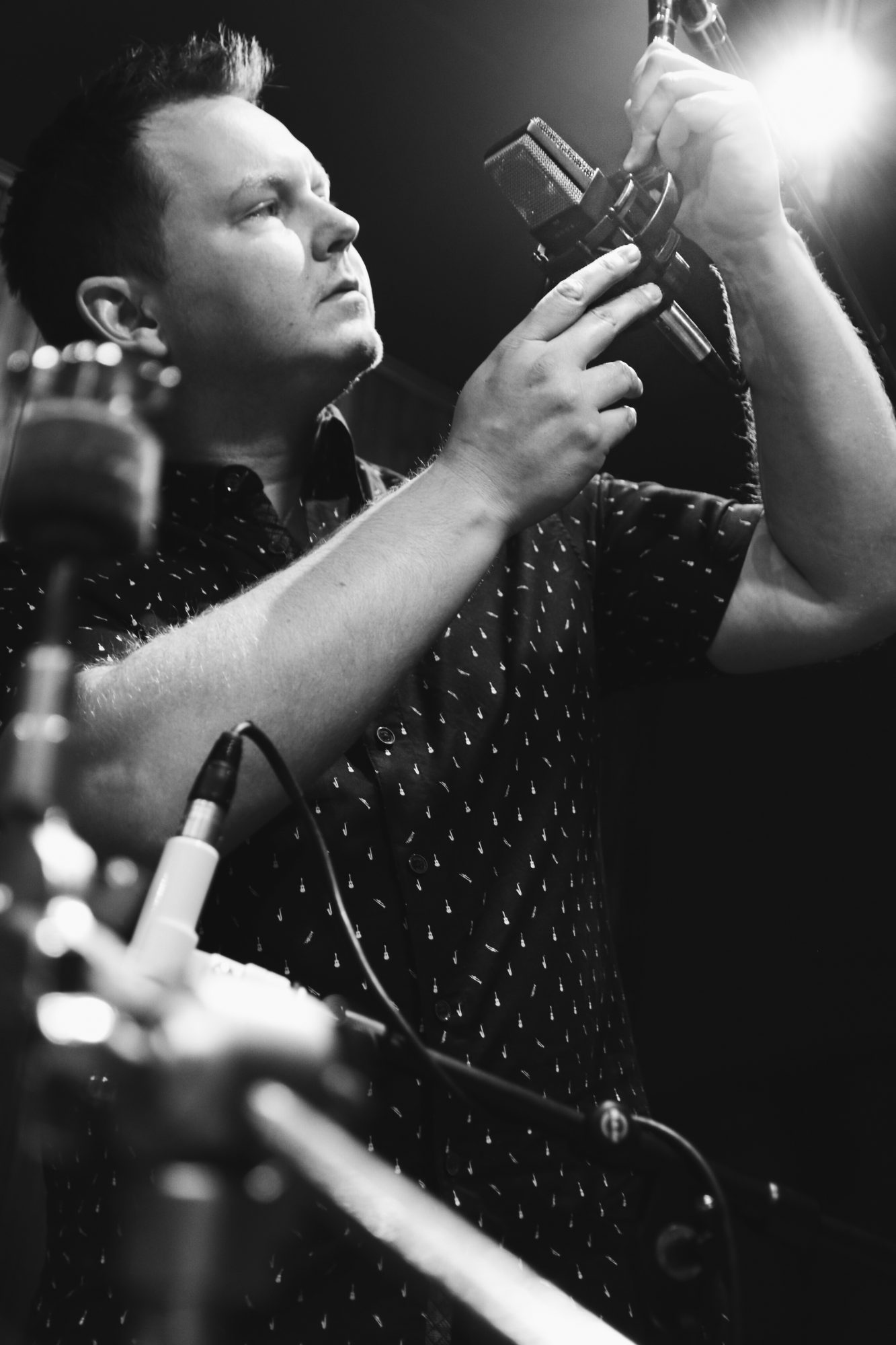 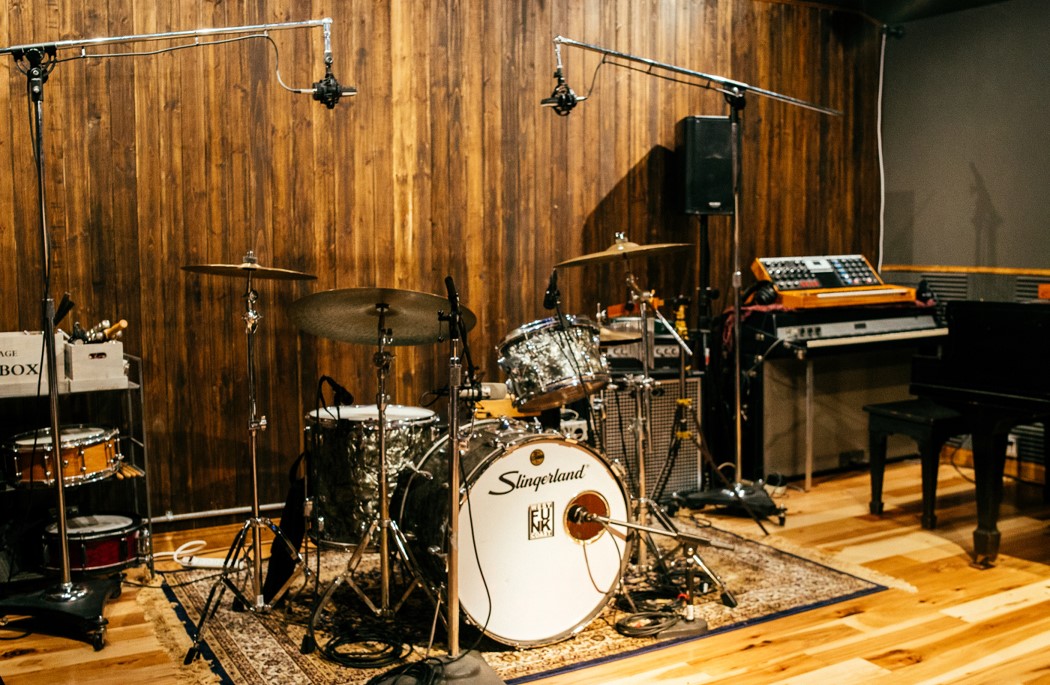 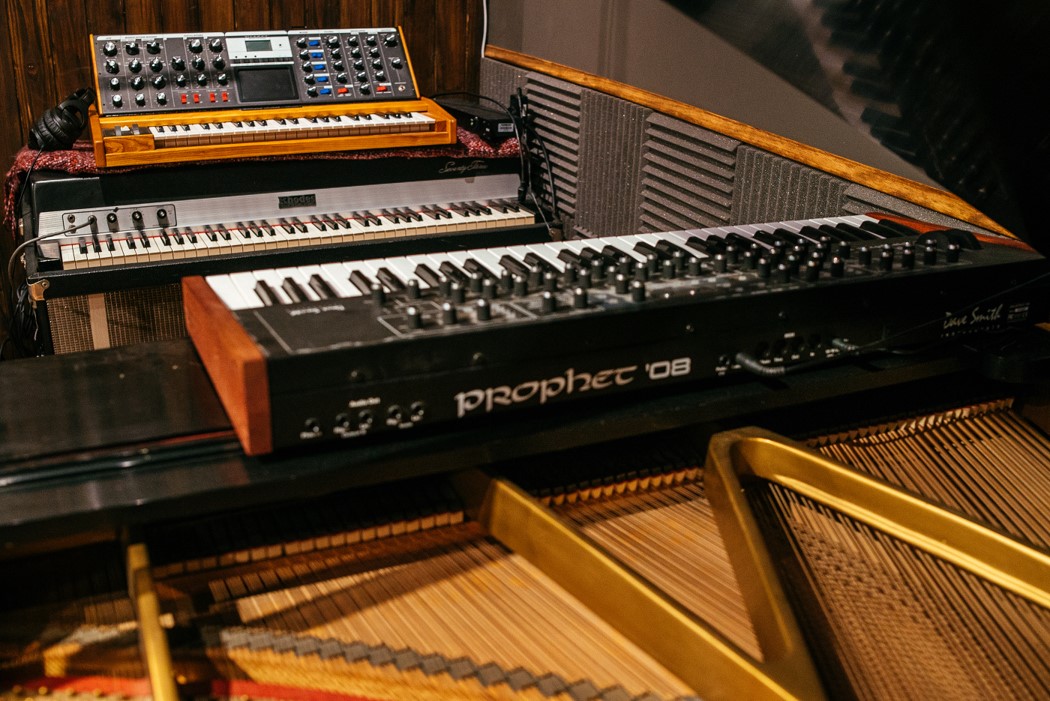 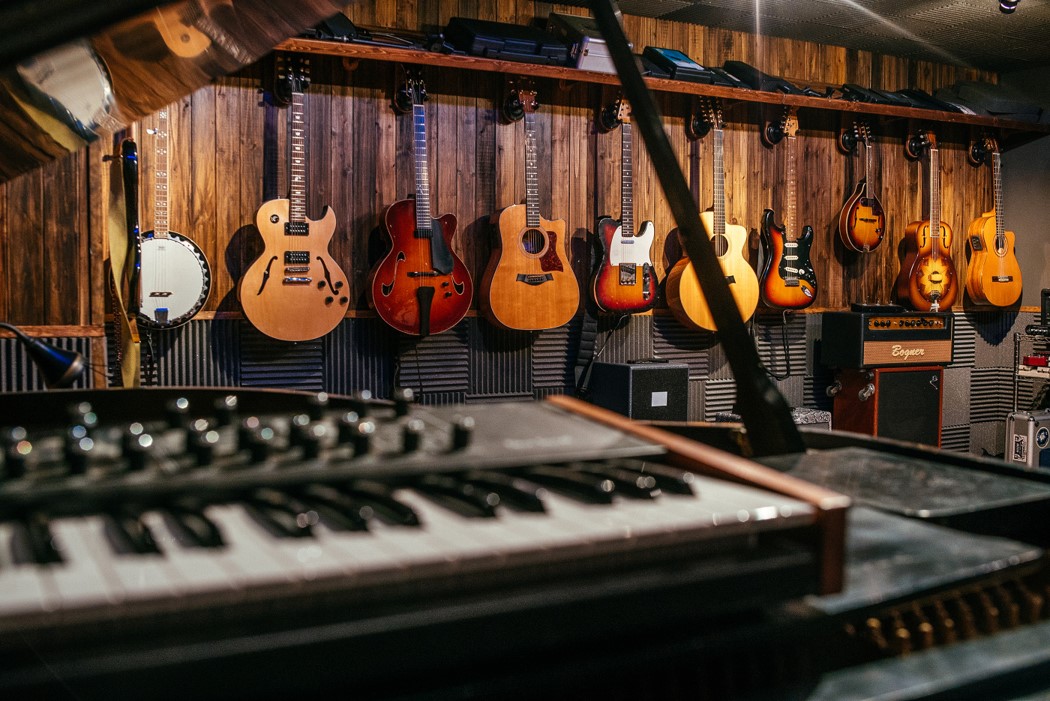 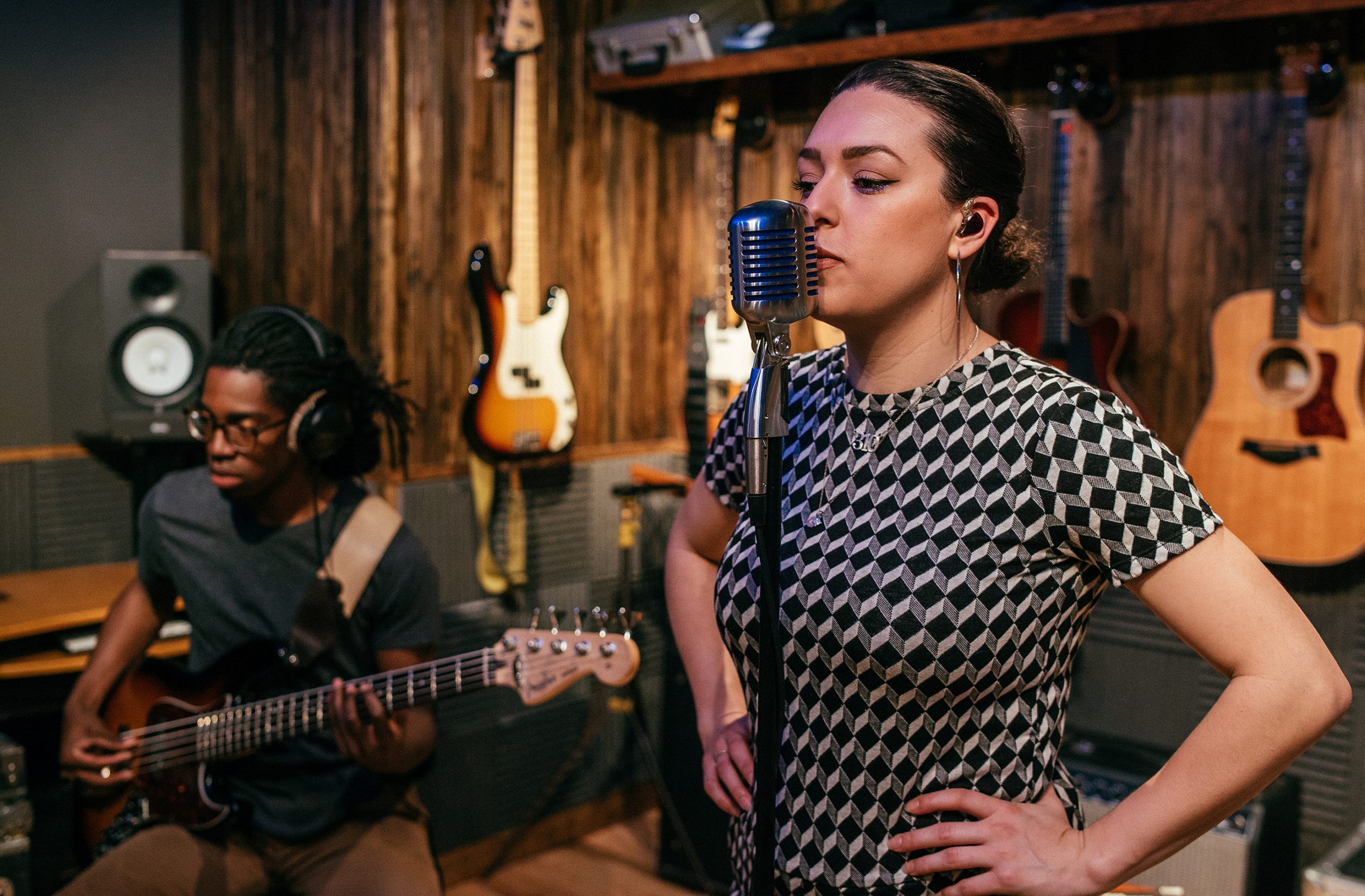