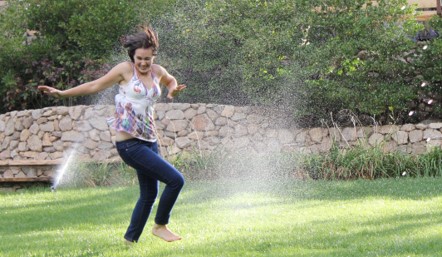 Today we’d like to introduce you to Joanna Ke.

Thanks for sharing your story with us Joanna. So, let’s start at the beginning and we can move on from there.
I’ve always been a storyteller. When I was a kid, I would perform skits for my sisters and scribble stories in journals before I even knew how to write. I started out writing, acting in, and directing stage plays in high school, and now I’ve been in the industry for over a decade, working as a professional script reader, writer, actor, and producer.

We’re always bombarded by how great it is to pursue your passion, etc – but we’ve spoken with enough people to know that it’s not always easy. Overall, would you say things have been easy for you?
There have definitely been bumps along the way. My latest film project, a fantasy action called “Protectress,” (protectressfilm.com) and the trajectory I’m on now came from a particularly hard year for me. Within less than six months, my dad passed from cancer, my creative partner, Billy, died at a young age, and I had to unexpectedly move. Everything in my life all at once was just completely different. Everything I was working on wasn’t the same any more. I didn’t have it in me to write, to act, or do anything creatively. I was just in survival mode, dealing with a lot of grief.

I took some time off and slowly eased back into the acting game. When I came back, it wasn’t the same for me. Witnessing the death of my loved ones like that moved me into a place that helped me overcome some fears I had. I remember a big turning point came when I was getting back into auditioning, sitting in a waiting room in the most uncomfortable outfit. It was winter and the character called for a short skirt and heels. Something struck me at that moment. I said to myself, what am I doing here?? I don’t want this. I thought about my dad and my creative partner, and I knew this was not what they would want for me because it’s not what I wanted for me.

After that, I wrote my dream role, which is the warrior woman I play in “Protectress.” I never got to see someone like me, a half Asian woman, in a hero role when I was growing up, so I wanted to portray that. I wanted to play a role that wasn’t a victim and see more women portrayed in leadership roles. I took all the things that frustrated me about the way women have been represented on screen and the lack of diversity and wrote and produced a project that makes my heart sing. I learned stunts and sword fighting for it, which I now reguarly train in. I love sword fighting! I don’t think you can hold a sword in your hand and not feel some kind of empowerment.

“Protectress” is now on a festival run and I can now call myself an award-winning filmmaker. I named one of the characters in it after my dad. Making that film helped me get over a fear I had after Billy died that I wouldn’t be able to find another creative partner that I really clicked with and the fear that I couldn’t do it on my own. One of my biggest lessons that I’m incredibly grateful for has been to not wait for someone to choose me, but to choose myself. It’s how I ended up feeling confident in my own writing and producing my own projects.

So let’s switch gears a bit and go into the Saint Joan Productions and Script Masters story. Tell us more about the business.
I’m a storyteller. I produce and write with my production company, Saint Joan Productions. I’m an actor, and I work as a professional script reader as well as teach through my company Script Masters. As a reader and screenplay consultant, I’m known for my ability to masterfully analyze screenplays, articulate objectively what’s working and what’s not, and help writers move into feeling confident in how to specifically improve their work. I excel on the development side when I work with production companies. My specialty is storytelling with dynamic female characters, be that as an actor, writer, producer, or script analyst.

I run the twitter account @femcharacters where I highlight the unfortunate way women are often portrayed on screen. I’m ecstatic to count Paul Feig as one of the followers on that account! From my professional and personal experience, I firmly believe that the world needs to see more diverse stories with well-rounded female characters in leading roles, as well as a different portrayal of masculinity.

As a reader, I see the roles being written for women, and on the other side, as an actor, I see the breakdowns for female characters. I recognized that the roles I really wanted to play were just not being written and that there is a real need in the industry for guidance in crafting female characters on the page. There is a certain way that women are habitually written, which then gets translated to the screen and affects everyone who sees it.

All of the projects I have in development at Saint Joan have female leads. I’m launching an online course in a few months on writing dynamic female characters (femalecharacters.com). I specialize in consulting on scripts before they get into production to assess the screenplay and female characters to ensure that projects portray women from an empowerment perspective.

As you might guess, I’m most proud of my most recent project, “Protectress.” It’s a proof of concept for a feature and is directed by America Young. I wrote, produced, and star in it. We had a 50% female crew and 100% female cast. One of the reasons I’m so proud of it is because of the affect the film has on those who view it. The response to it has been incredibly fulfilling as an artist.

A counselor contacted me to let me know she showed “Protectress” to a group of young women who have been through sexual abuse. She wanted to let me know that it helped them heal and feel they could conquer the issues they are working through. It even inspired them to make their own film to share their stories (https://www.youtube.com/watch?v=oVzAISq0Rr4&t=2s). I just cried reading her message to me and seeing this video these brave, young women created. That’s everything you can hope for as an artist. It’s an honor to be a filmmaker and get to tell stories, and there is no greater reward than moving someone and helping them heal through the work I do.

Female empowerment is my passion and specialty. I aim to help bring that forward not only through my writing, acting, and producing, but to help others do it in their projects, too.

Has luck played a meaningful role in your life and business?
I’m fortunate to have learned from some wonderful teachers that helped me get to where I am today. I believe in luck, but I more strongly believe in choices. Your life is what you make it. Even though a lucky opportunity might come along, you might not be prepared for it because of the choices you’ve made. I feel very lucky to have chosen to train with the late, great Syd Field before he passed. I was also lucky to cross paths with a studio reader that wanted to pass on his knowledge, which put me on the story analyst path. Script reading is a tough field to break into and to get solid training in.

I must also give so much credit to Dr. Barbara DeAngelis, a personal development and spiritual teacher I have been working with for years that has helped me elevate my life to a place I never imagined. I met her through a complete coincidence that I feel was divine timing. It’s really through changing who we are as a person that elevates our careers. Dr. DeAngelis is a profound guide that has helped shape who I am and my career in ways that are hard to even articulate. Without her, I would not have had the courage to begin producing my own projects and would still be waiting for the impossible, someone to hand me the opportunities I was looking for. Now I’m creating those opportunities for myself and others. 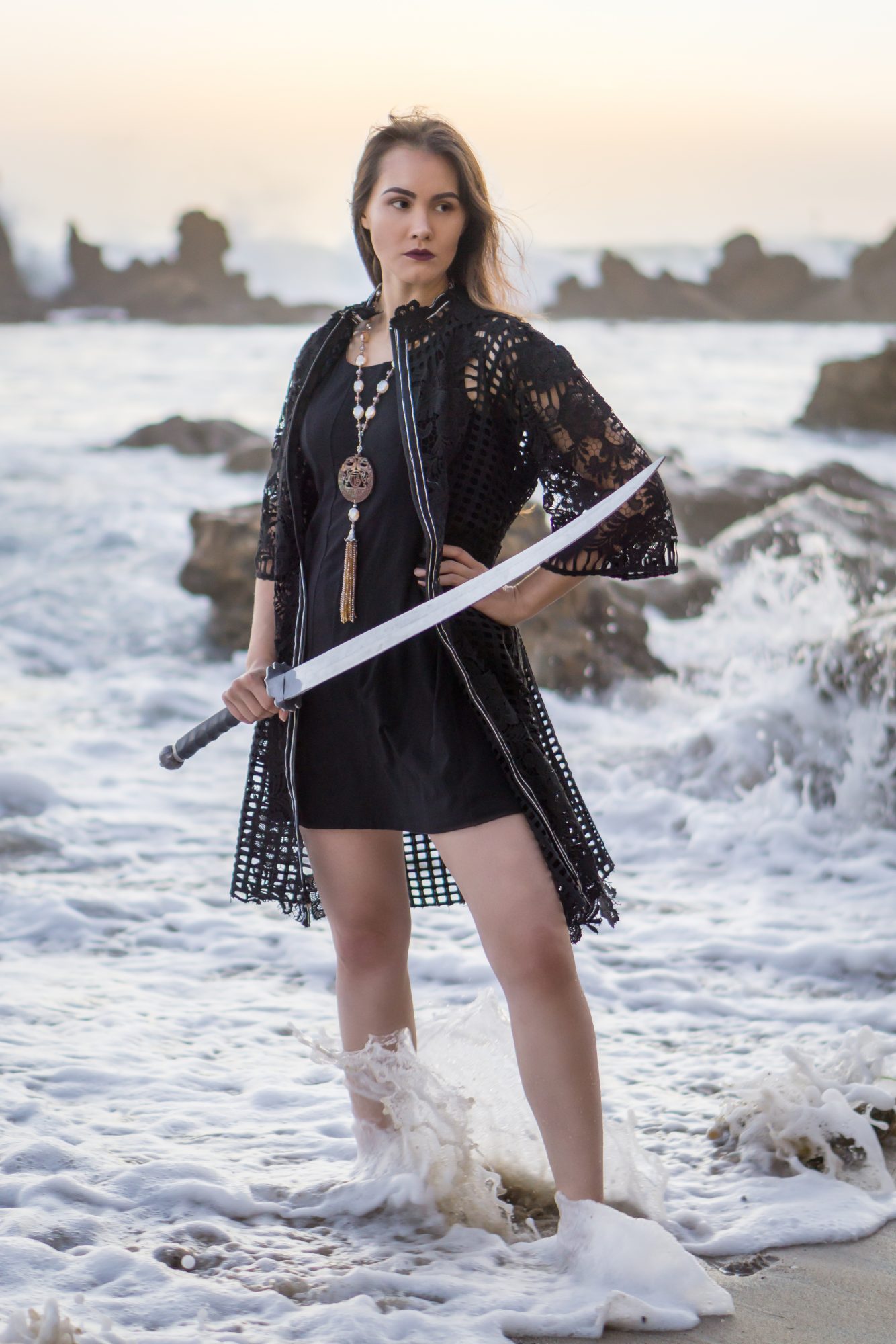 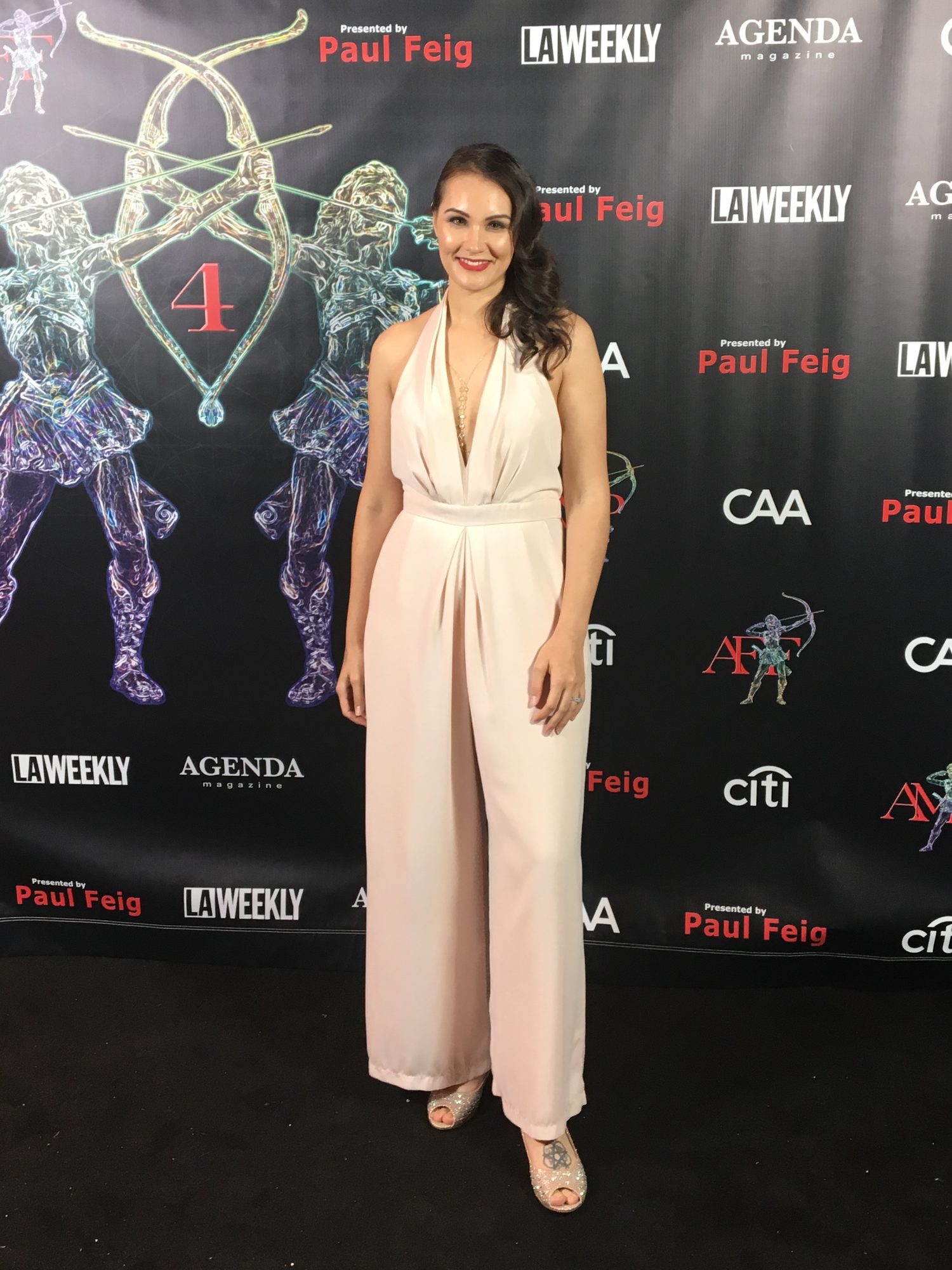 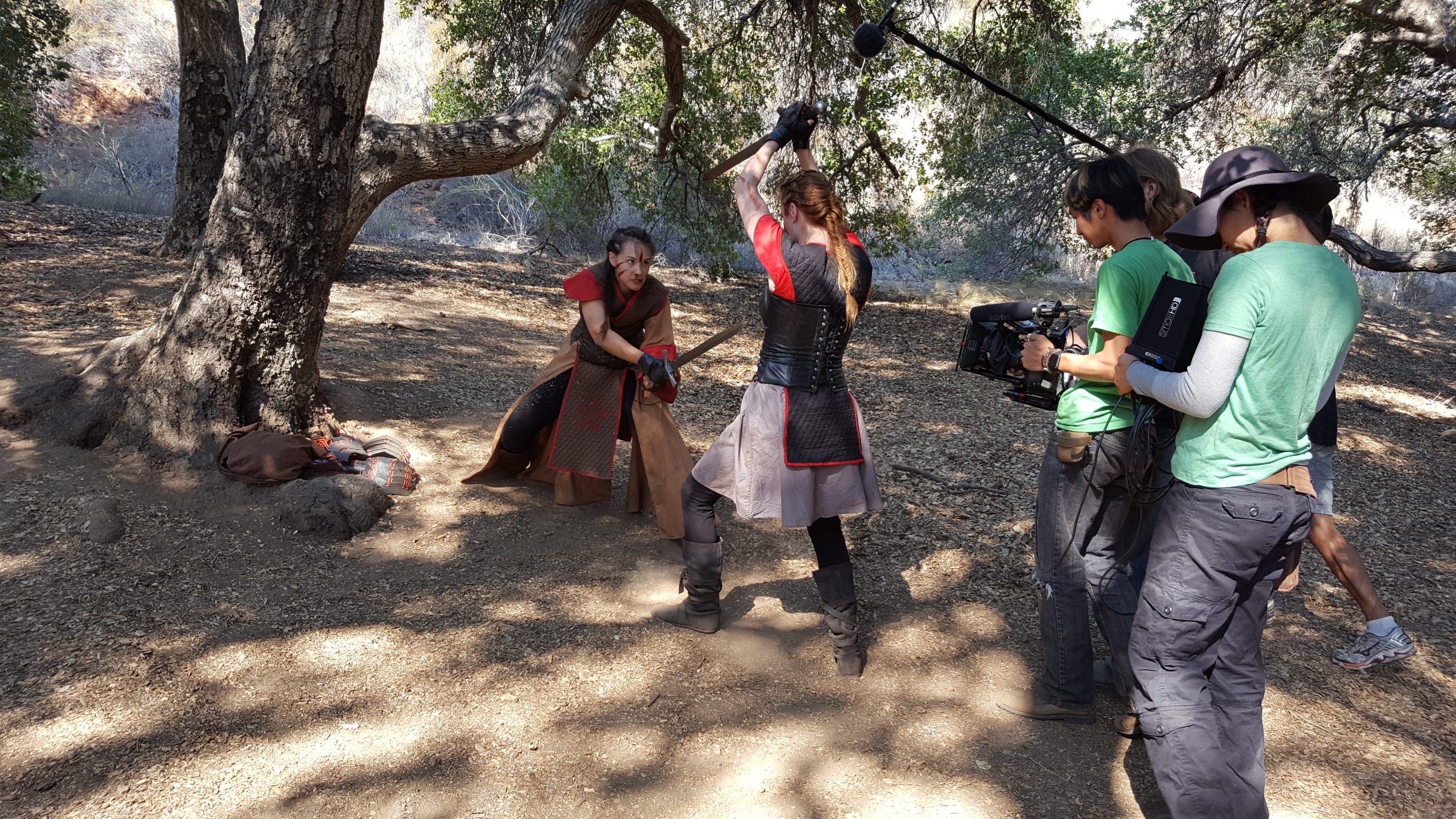 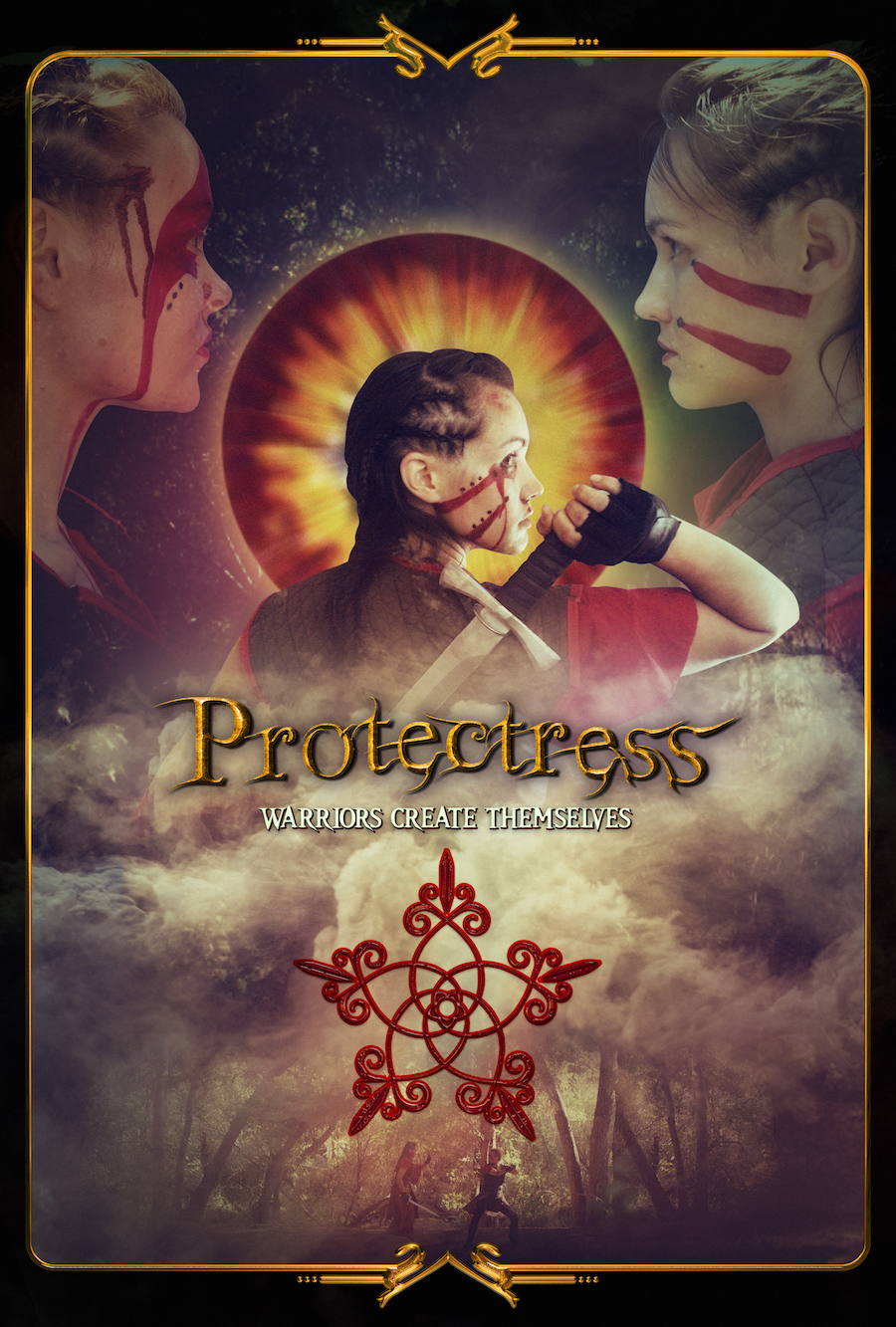 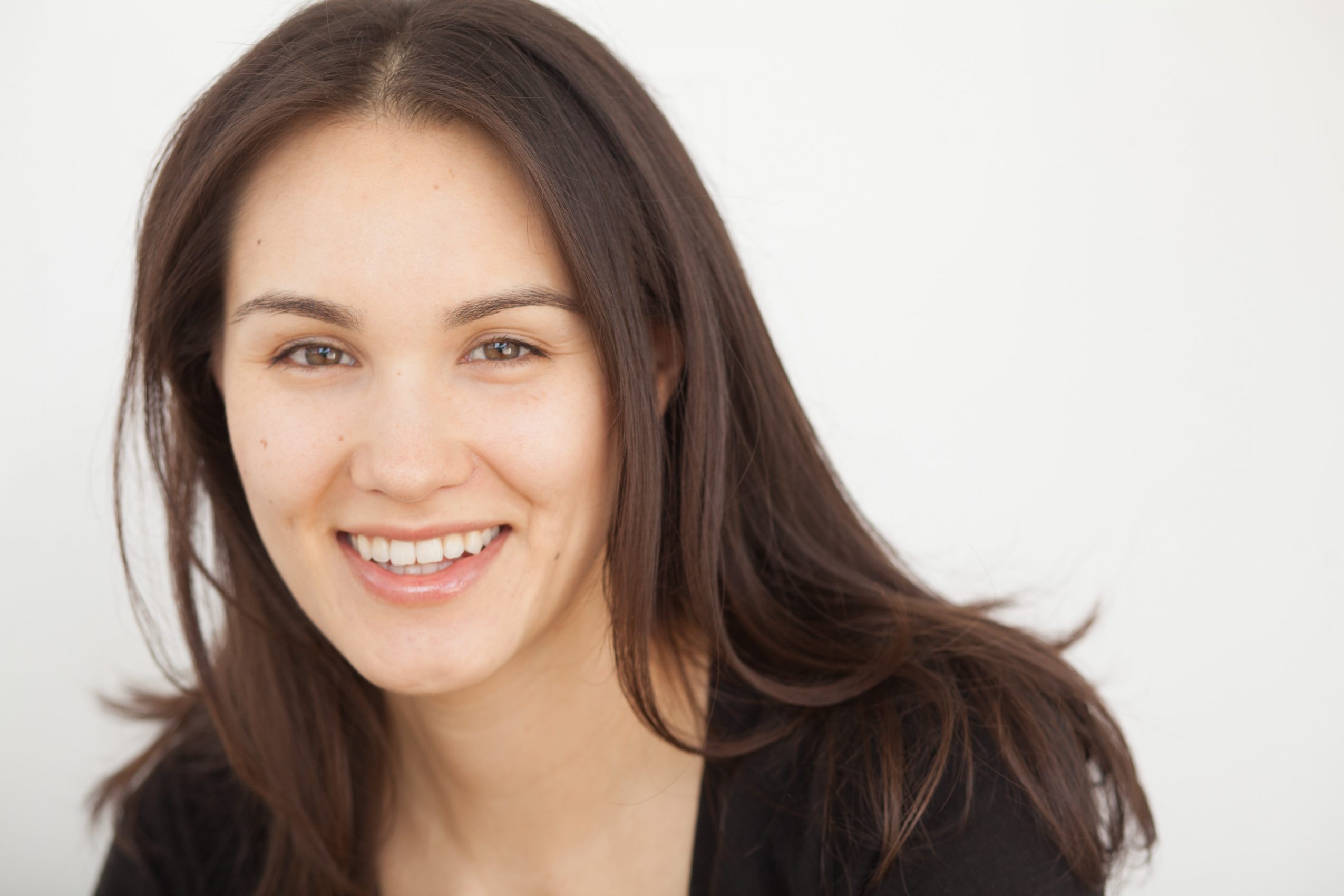