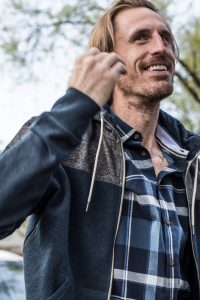 Today we’d like to introduce you to Sabyn Mayfield.

Sabyn, can you briefly walk us through your story – how you started and how you got to where you are today.
It’s actually a very simply but unique story.

I moved from Nashville to LA with my mother when I was about five years old.

Upon arrival, she began working at a production company called Propaganda Films.

During that time it was the premier content creator in the world. To this day you can probably trace almost every successful filmmaker back there within a few degrees of separation.

It was basically my playground as a child. I got to be around ridiculously talented filmmakers of all types, musicians, and actors.

At that time all I knew is that these were folks my mom worked with, that I harassed and played pranks on all day long. I may have been a bit of a delinquent. I think in a way this normalized the industry to me. Being able to see behind the curtain allowed me to view it more as a 9 to 5, where people clocked in, worked hard, and clocked out. With some unique distinctions and perks of course.

Long story short, I was fully immersed in it, and from a very early age I had an active imagination and gravitated to telling stories, creating, writing, you name it.

After I graduated high school, and I knew my athletic career was over because there was no way I wanted four more years of school (even if it was free), the natural inclination was to start working in film.

I took what is now called a gap year, then enrolled in a one-year film program, and the rest, as they say, is history.

After graduation I began climbing the proverbial ladder, starting as a P.A, then getting into Local 80 as a Grip, then taking a few year hiatus into music, but getting wrangled back in through Casting, which then led me to producing, and ultimately my true passion of writing and directing.

Overall, has it been relatively smooth? If not, what were some of the struggles along the way?
I’m very much a person of extremes, with an all or nothing mentality.

So in this sense, it made things hard for me.

I have a lot of friends who had balance in their lives and kept a “day job” while they built their reels, resumes, etc.

And ultimately transitioned to their dream job full time.

In my opinion, this is probably a healthier, less stressful way to get to where you’re going. But for me, that was never going to fly. I always said, “F#ck a Plan B, make your A-game mean something!”. For better or for worse this is what I did, and have managed to support myself working in this industry for a lot of years.

It wasn’t always fun, and it was financially stressful at the time, but through it all, I developed a healthier relationship to work and what fulfills me in my life.

Please tell us more about your work. What do you do? What do you specialize in? What sets you apart from competition? What work are you most proud of:
The about section on my website sums it up nicely:

Founded by Sabyn Mayfield in 2012, Stay Fly LLC is a multi/media production company, specializing in:

What began as an incubator for Mayfield’s original ideas has become a sought after firm specializing in conception through completion production services for clients all around the world.

Whether for hire or curated in house, we are drawn to stories about real people in real places happening in real-time.

Having a diverse portfolio of work, spanning a variety of genres and platforms, we look forward to hearing your story and discussing how we can help bring your vision to life.

What really set off this endeavor for me was that the opportunities to direct were very limited to me at first. So when I did get something, it was a shoestring budget at best. Usually, I didn’t get paid at all.

So the pressure was on to make a $1000 look like $100,000. And really that became my calling card. Making truly independent content at a fraction of the price without sacrificing quality.

I think this is increasingly hard to, but its the way I’ve always worked. And we appear to be in a time where it’s a race to zero in terms of budgets, which is nothing new to me at all.

Necessity is the mother of invention, and this could not be more true for me. I had to find creative and innovative ways to get jobs as a director and make the most out what little there was to work with. And the same was true for me as a writer. It was very difficult to find content other people had written that I could develop that didn’t require me to do extensive rewrites. Which turned out to be a blessing in disguise. It gave me a safe and less pressurized place to grow as a writer, which ultimately gave me the confidence to begin writing myself.

I would say the proudest work is: A) The Julien Baker video for her breakout single “Sprained Anke”. At the time Julien was unsigned, but someone I knew passed along an album she released on Bandcamp. I reached out to her and said I wanted to do a video for that song. She was totally into it, but was in college and music video money was not something she had. So I asked if she could get herself to LA, which she did, and my DP (David Newbert) and I paid $800 out of pocket for the video; which was released along with the single and album by 6131 Records which signed her shortly after she and I started corresponding. The video is actually 1 continuous take. We did 40 something takes and the very last one is the video you see today. We left LA at 6am, drove out to Coachella, shot for 3 hours, had lunch, came back to LA, did color correct and a few minor tweaks and delivered the video that night. It was amazing!

And B) My feature film Boomtown. We did the film on a 50K budget and released it worldwide through the Orchard which is now 1091 Media. The film is a docu-style/narrative about the fall out from the Oil Boom in North Dakota. We basically planted one actor in the real place in real scenarios with a scripted storyline we created from our time scouting up there. Critically a lot of people just through it was an OK film, unfortunately, they didn’t know or understand the feat of shooting a 50K film with an eight person crew, in three weeks. The film is a very relatable and real story, but the real story is the making of the film itself.

What is “success” or “successful” for you?
That is a great question…

For me, it’s doing work that fulfills me. Work that implores me to walk the extra mile, leave no stone unturned, and not cut corners.

And to be honest every job is not like that. But I’ve learned in the years to walk away from jobs that don’t check those boxes no matter how much I might need the doe or simply just wanna work and have the experience.

Because in the end, if I’m not being stimulated by the material or project, then I’m doing a disservice to myself and those that I’m working for/with.

So simply put, I think success for me is being able to support myself and my family doing work that I relate to and that impacts others on some level. 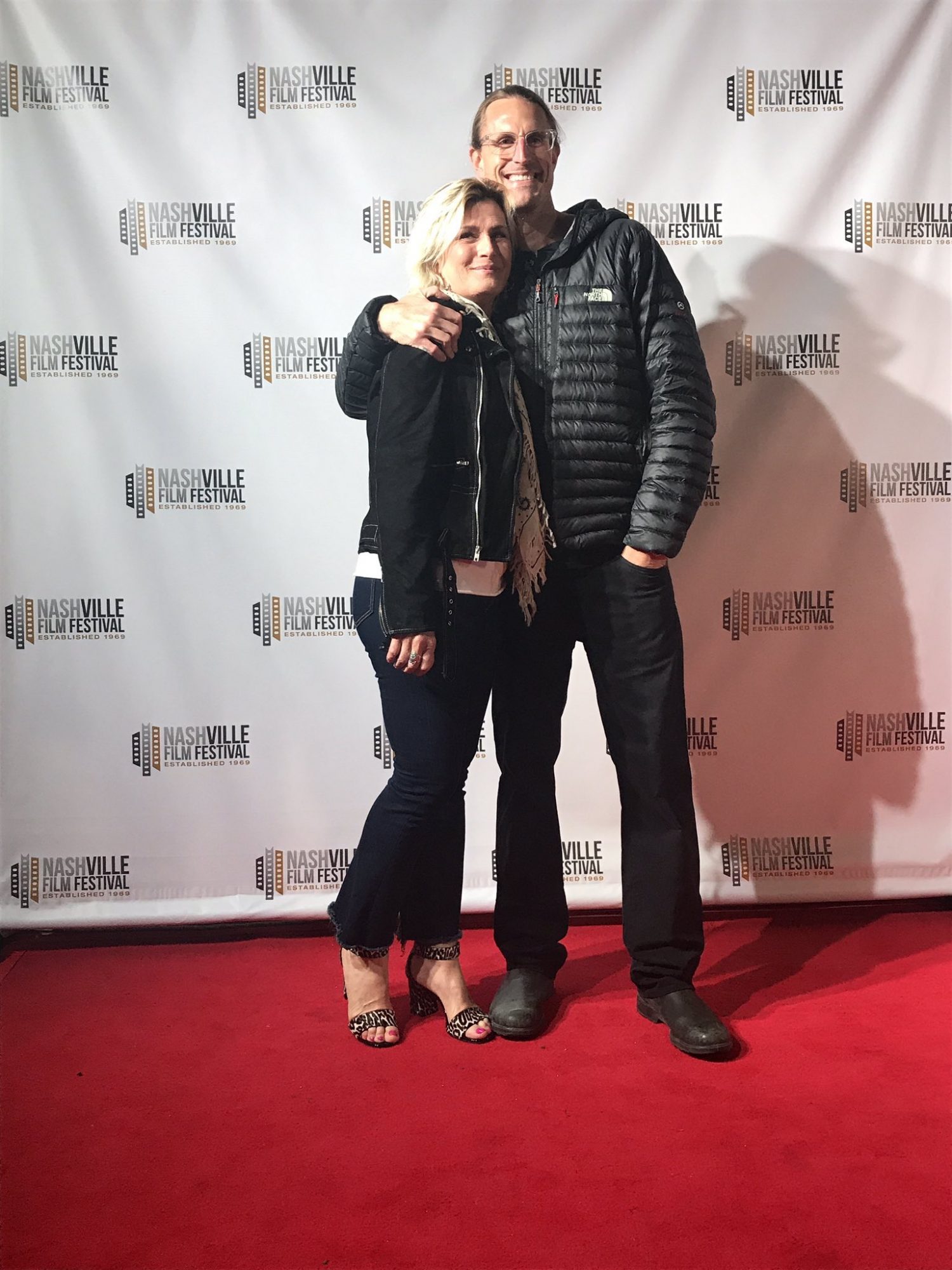 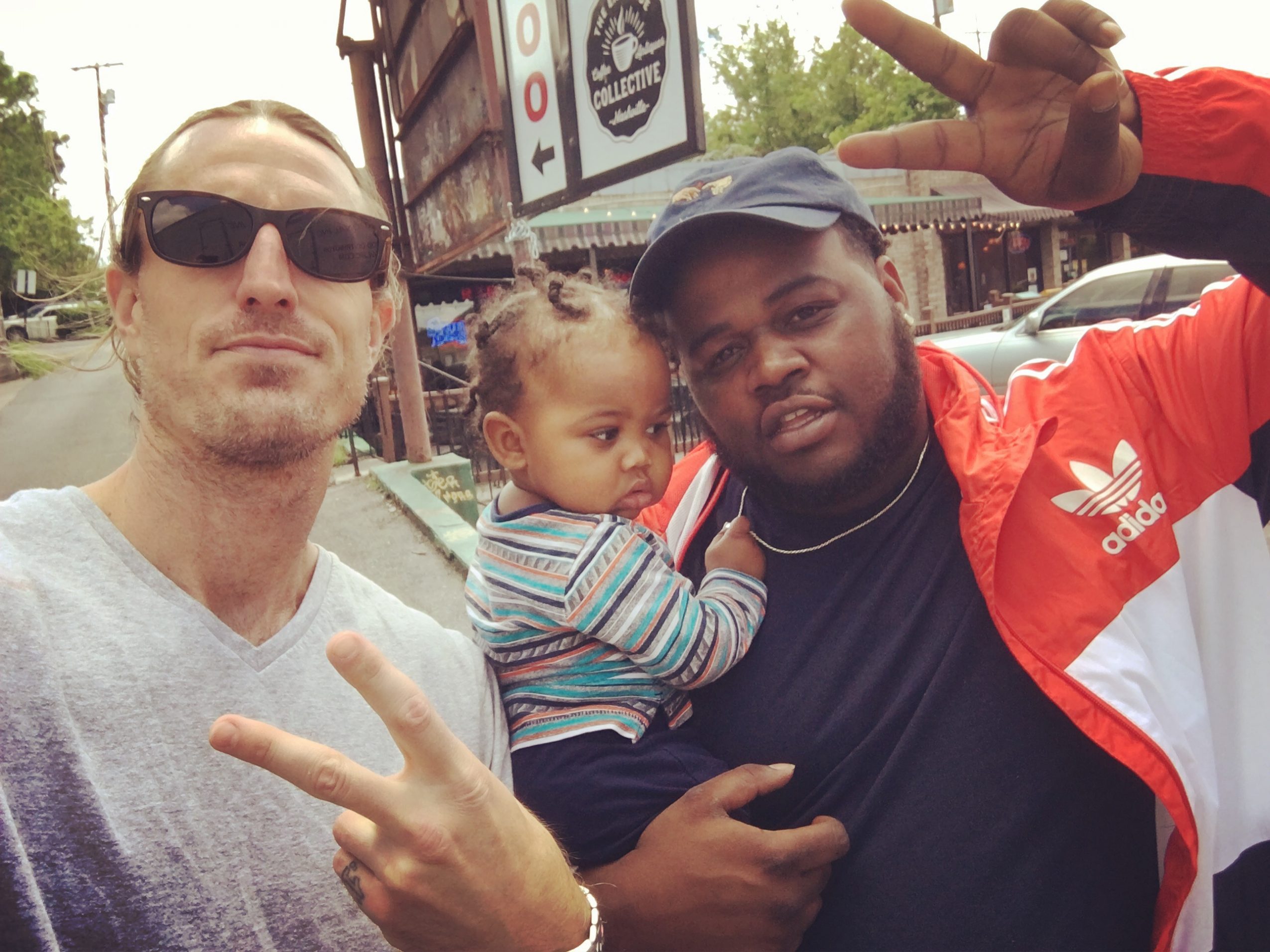 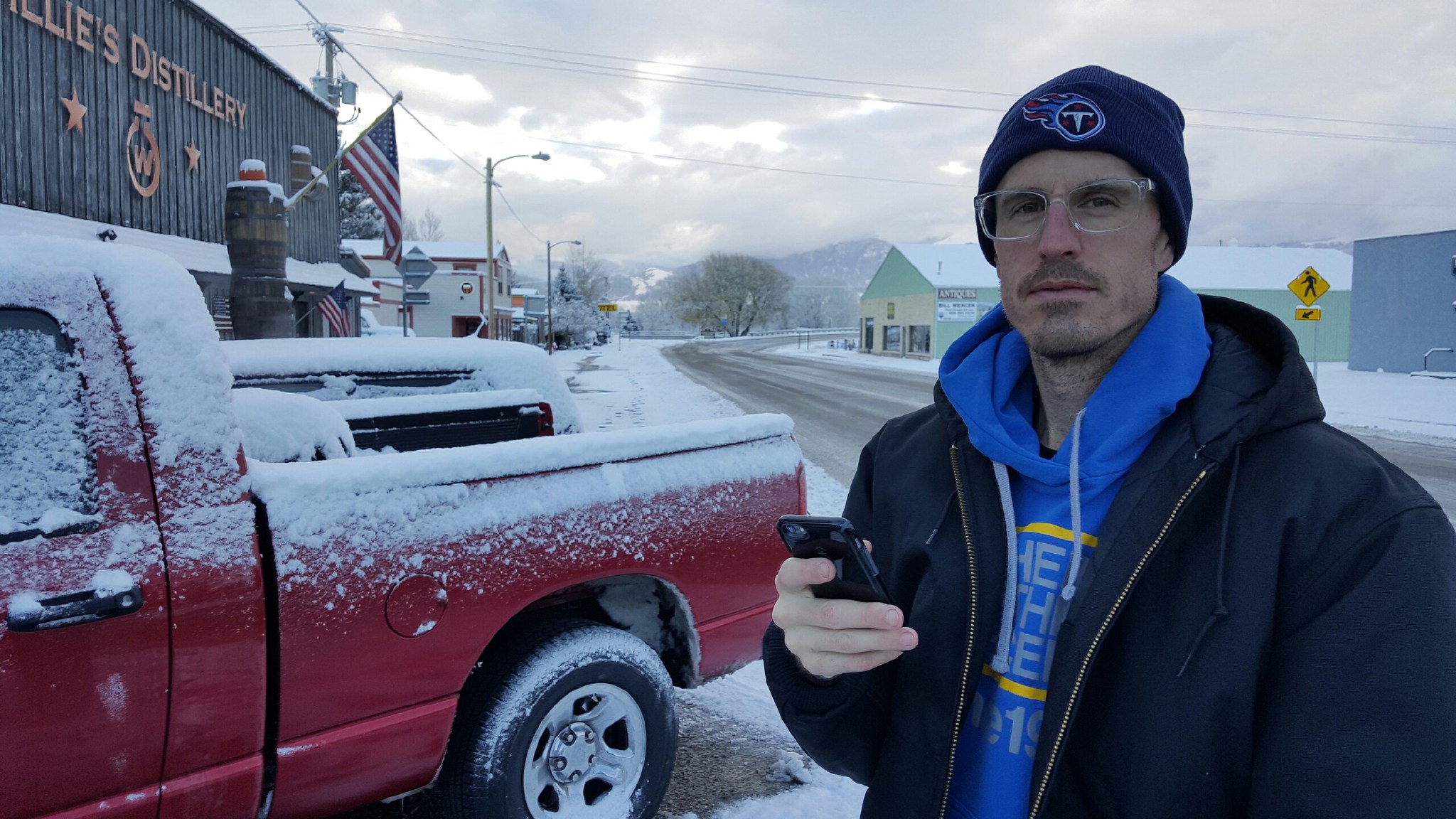 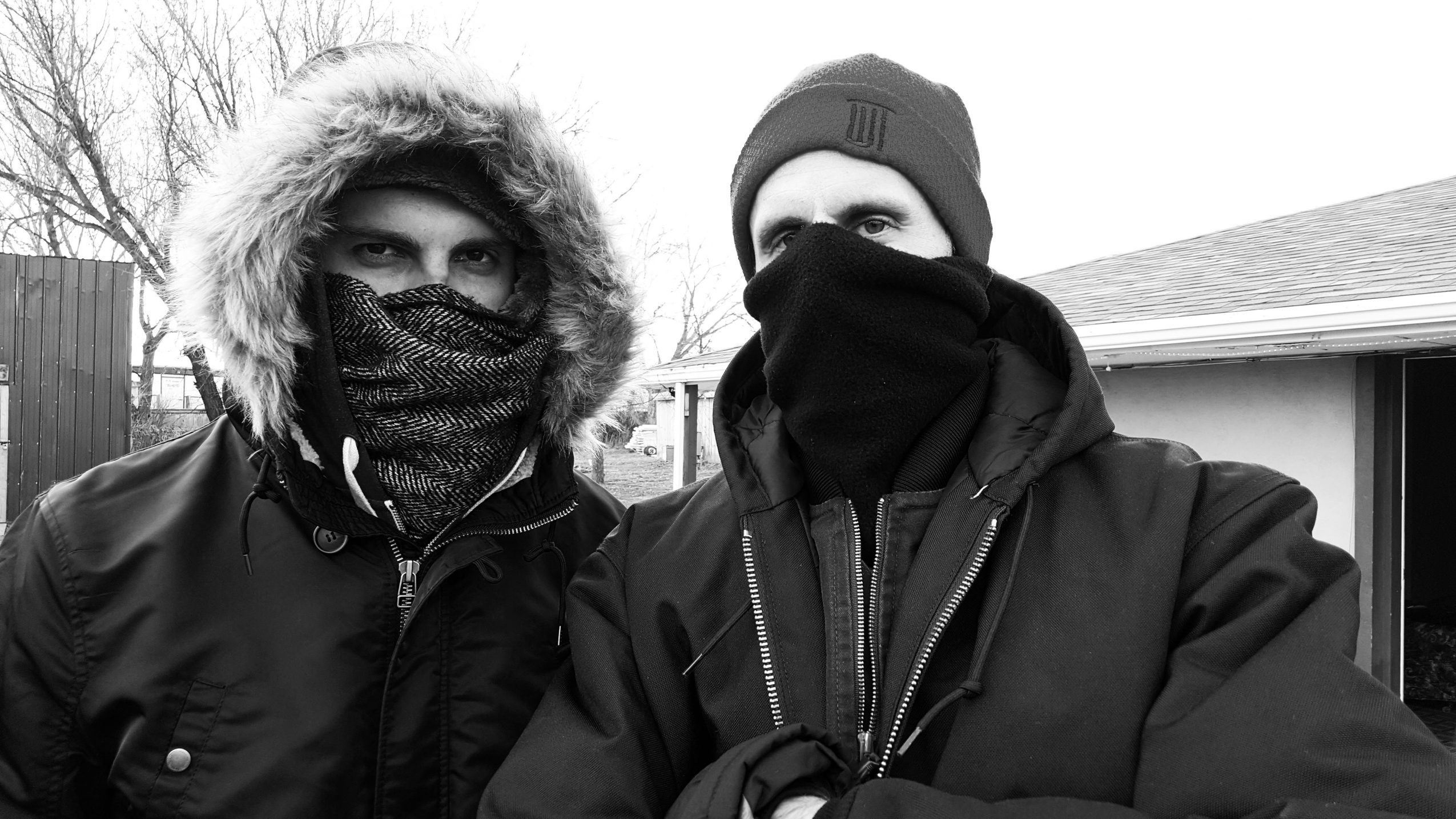 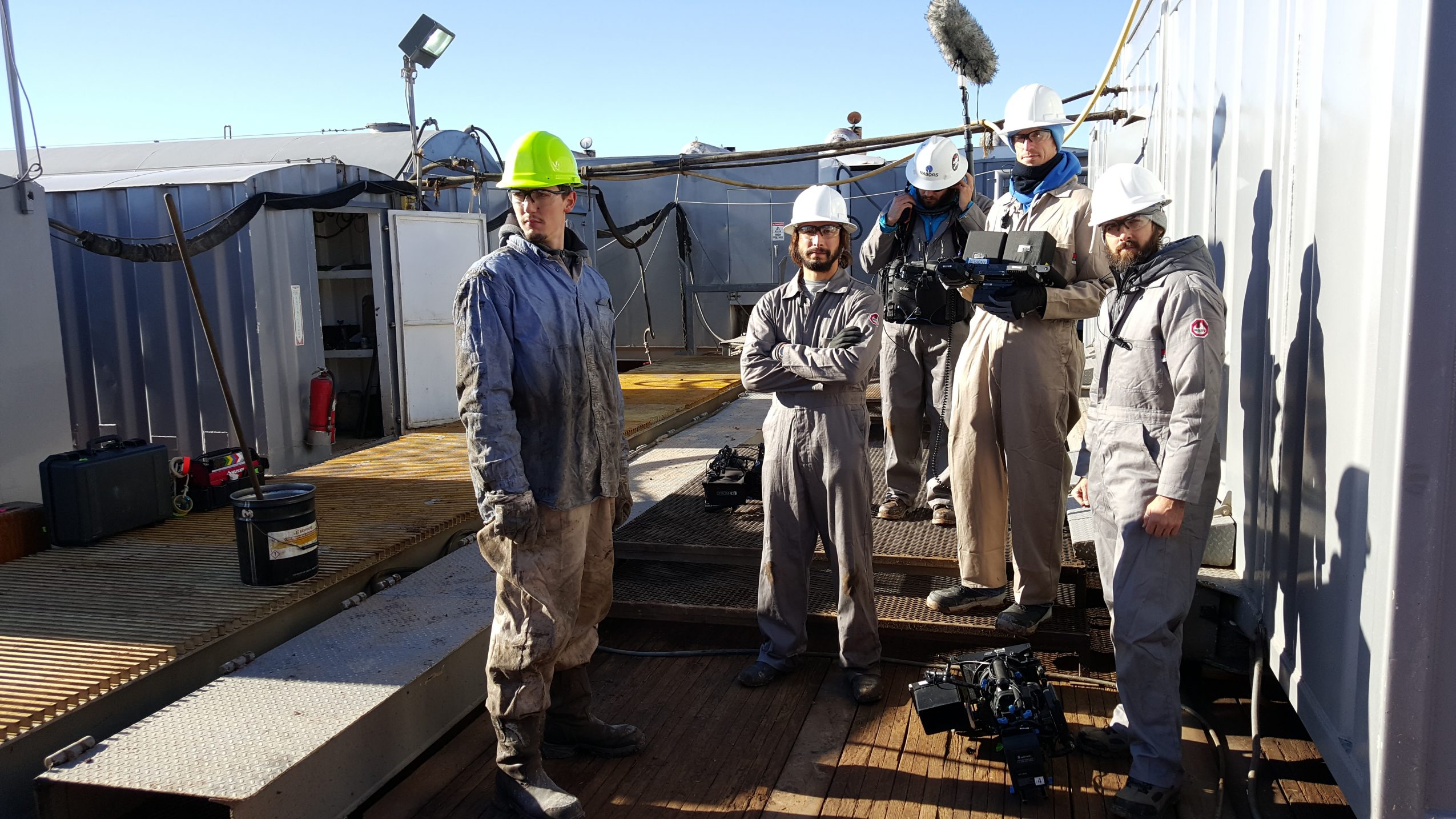