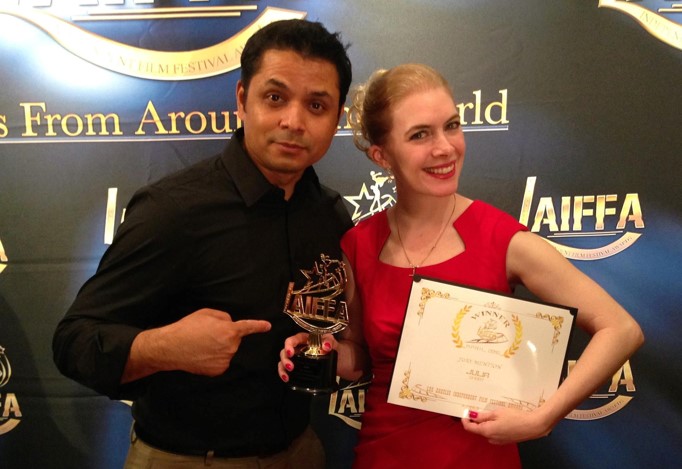 Today we’d like to introduce you to Sabrina Percario.

Sabrina, please share your story with us. How did you get to where you are today?
I was born in Sao Paulo, Brazil with an Italian citizenship. I spent ten years of my life working as a Biomedic. I worked in public hospitals, an Air Force hospital, with scientific research, and traditional Chinese medicine. I decided to do acting because at that time I was very shy, but I used to do a lot of workshops for two to three hundred people, and I noticed I didn’t have the confidence to speak in public or the skills.

So from 2010-2012, I decided to go to an acting school, which was the best decision of my life. I was always fascinated with human behavior. During my acting program at Celia Helena Theater School, I learned more about myself and about others because when you’re studying a character, you have to put yourself in someone else’s shoes, and you begin to understand why people act the way they do, then you stop judging. It was a life lesson for me. I decided to become a drama teacher for kids from 2011-2014. I learned so much from kids, they are so honest, and they taught me to be more spontaneous, and that life can be light. The turning point of my life was in 2013 when I went to NYC for an acting for film program at The Barrow Group, and I was in love with acting for film because to me the performances are more realistic and are closer to who the characters are. I discovered that I could channel my emotions through the characters.

November 2013, I was in Brazil and I did an audition for NYFA (New York Film Academy) and I was offered a scholarship. I said YES, but soon realized I had to overcome a lot of obstacles, such as an English TOEFL Test. Remember English is my second language, and I spent thirty-four years of my life in Brazil speaking in Portuguese. I was intimidated by that test, and I remember my mom saying to me, “honey if you study you will pass.” I had only one chance to get the passing score to get approved in the university. I prepared for three months, and I passed and was admitted!

Next challenge was the fact that the University wanted me to submit my portfolio, but I had no acting portfolio, especially with my science background. But like my mom used to say “focus on the solution”. I decided to create two short films: English Prep and Packing. Finally, I was approved at NYFA. It then took me nine more months to organize my life in order to make the big move. Meanwhile, my mom passed away. During our last conversation together, I was telling her that I had decided to move into LA, where cinema was born. She told me “honey I’m very proud of you. I’ve seen it, you are going to make it!” She believed in me before I believed in myself.

September 2014, I moved into LA. Did my MFA program at NYFA and in 2016 I did a short film in tribute to my mom Julia. That film is the reason I am where I am right now. I won several awards including best short at LAIFFA (Los Angeles Independent Film Festival Awards) and best leading actress at UIFF (United International Film Festival). I was ready to work in the industry as an actress but I heard a lot of NOs. I said to myself the only person who can really say No to me is myself. I decided to become a Producer and create my own opportunities, so I created Percario Productions. I produced and performed in award-winning projects such as I.C.E. CREAM, Breaking, Tell. With all the success, I was able to apply and qualify for an artist visa, (O-1B).

2017, I applied for my Visa, as an actress and producer, and I was approved. I was in Brazil at that time and I asked myself, why do I wanna be an actress and producer? I realized that either as an actress or producer I want to be part of projects that touch people’s hearts, that inspire them and make them think about their lives. I want to be part of projects that have a voice and spread a positive message to the world. By 2018 I was connected to that purpose and 100% of all projects I worked on were inspiring stories, such as Mojave Shadows where I played the lead role, a character dealing with suicide. I produced Be(lie)f, a story about how much our own beliefs interfere with our decisions and El Fred, a story about bullying and the struggle of a single mother. We are talking about problems that currently exist in our society, all inspiring stories.

I’m now working with Raja Deka who has his own production company Touch A Life Productions. Together with my production company, we have more than ten projects in development, all to inspire and touch people’s hearts. Currently, I’m working on my feature film Ellipsis based on my own life. With this film, I’m trying to inspire all my international friends and tell them that it doesn’t matter where you are, as long as you are doing what you love. I decided to expand my purpose so I have created a mentoring program in Brazil for young artists who have the dream to live abroad. While having this experience myself, I will guide them for five months on the visa, scholarships, and day to day living experiences in LA.

Has it been a smooth road?
I have only gratitude in my heart. I have met amazing friends in LA who guided me, and now they are my family here. The biggest struggles for me have been the language and budget. In the beginning, I judged my accent, but then I grew to accept it and realized that I’m unique, and my accent is not a problem, but a quality.

Some projects:
Julia: After the death of her mom caused by a sudden heart attack, a grieving daughter struggles to decide if she should pack her stuff and move to Los Angeles until she receives the encouragement from someone she wasn’t expecting at all.
https://www.imdb.com/title/tt5124628/?ref_=nm_knf_i4

Breaking: The inspiring story of a porcelain doll who overcomes her fears to break out of her snow globe.
https://www.imdb.com/title/tt6484584/?ref_=nm_knf_i2

Be(lie)f: A newly promoted detective is put in charge of a murder case that involves the death of a young black man, but he soon realizes his own personal beliefs may interfere with getting to the truth.
https://www.imdb.com/title/tt9139612/?ref_=nm_knf_i1

El Fred: A not-so-imaginary childhood friend returns as an unusual vigilante to protect a struggling single mother and her bullied son.
https://www.imdb.com/title/tt8982494/?ref_=nm_flmg_prd_9

Freedom: Freedom talks about the current emphatic crisis toward immigrants by showing how the concept of living free with no borders applies to car commercials but not when it comes to human beings.
https://www.imdb.com/title/tt8943058/?ref_=nm_flmg_prd_10

Is our city a good place to do what you do?
Definitely. LA is the right place to work in the Film Industry. LA is the Capital of Cinema! It has space for everyone to grow here as artists, producers, directors, etc..not to mention all of the amazing stages, equipment, studios, and resources available. I’m optimistic, I believe everyone has a place in the industry as long as you believe in yourself and take action, you will succeed. 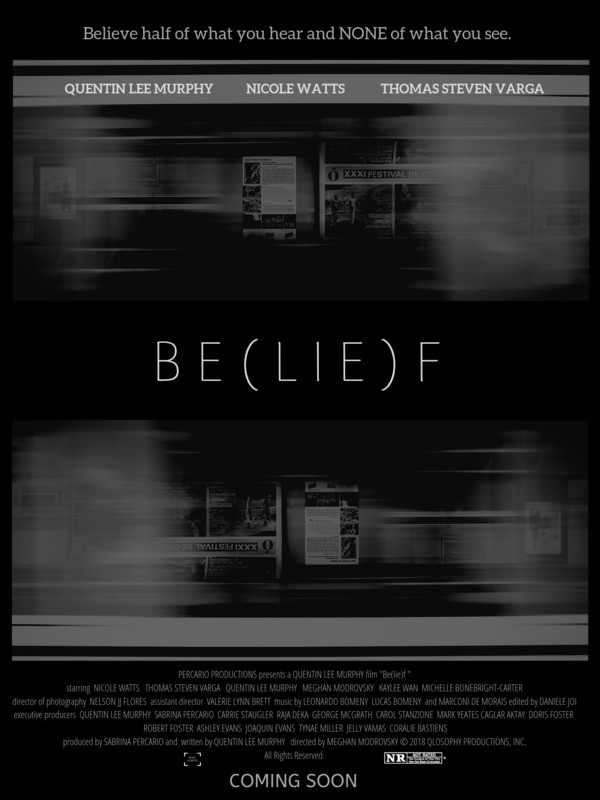 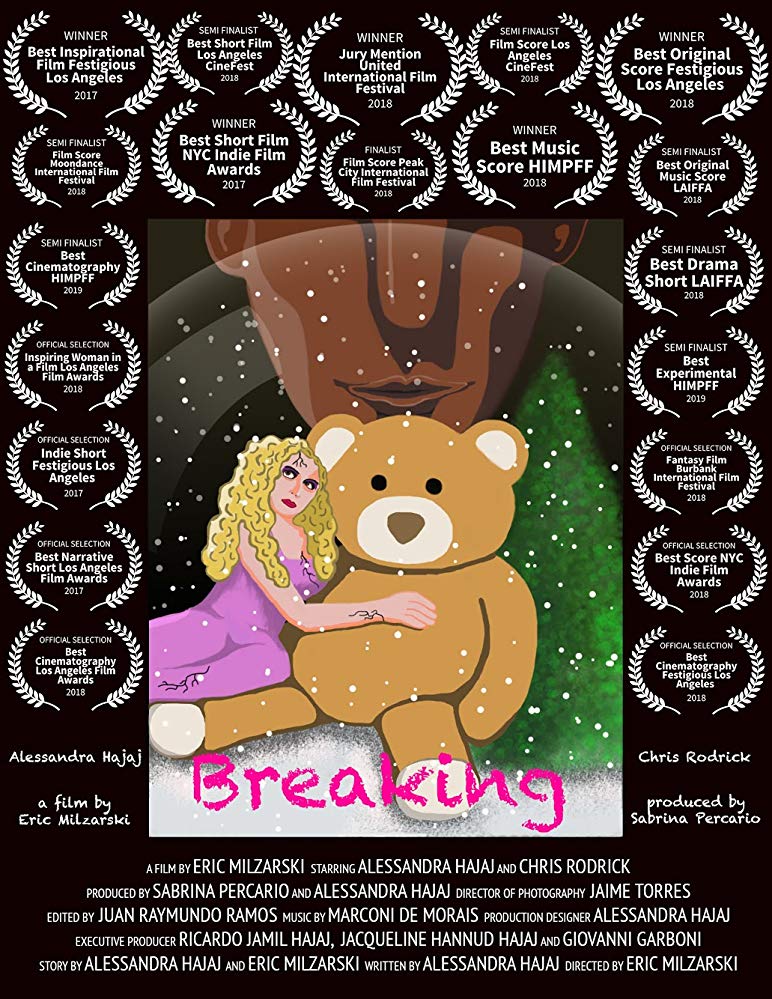 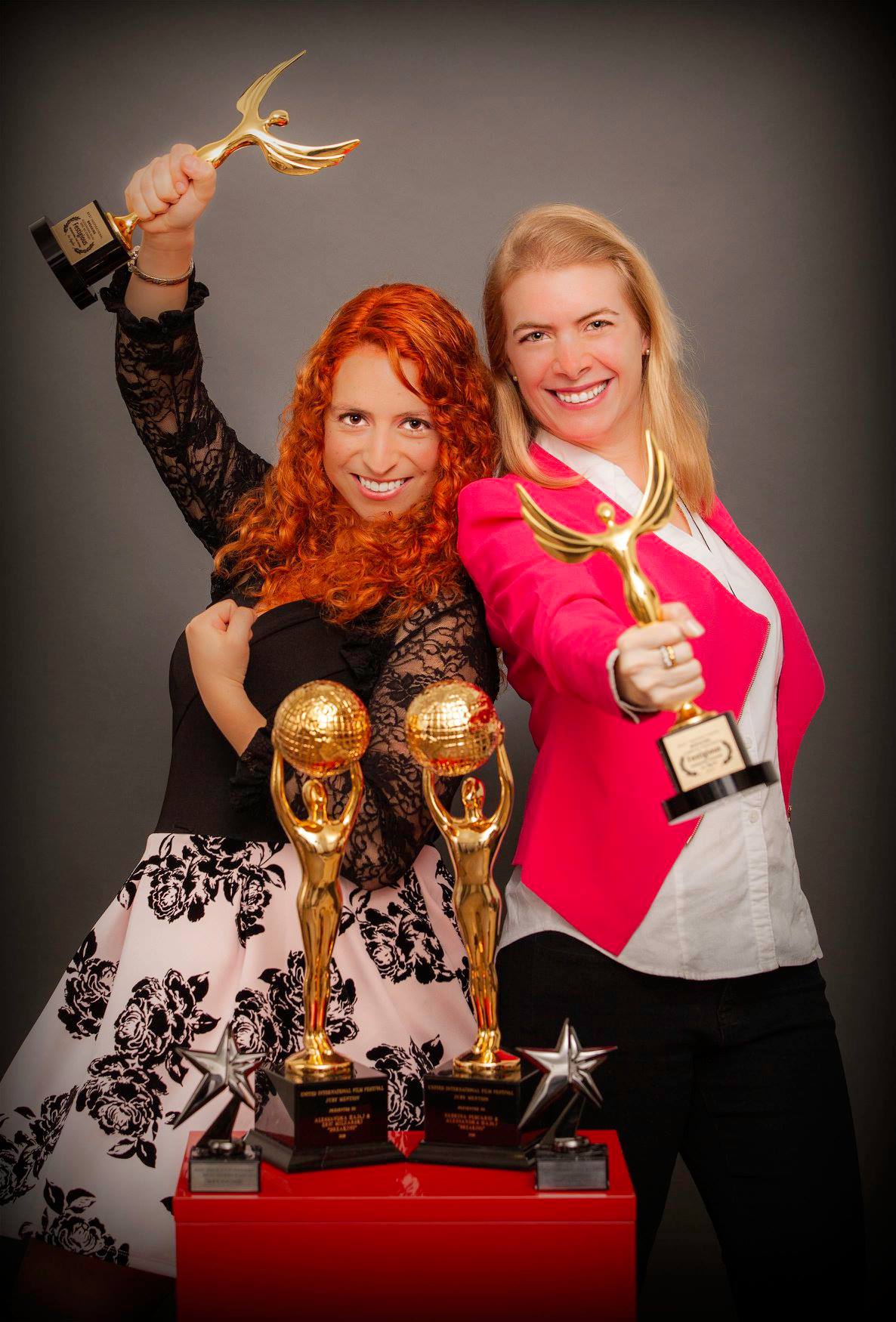 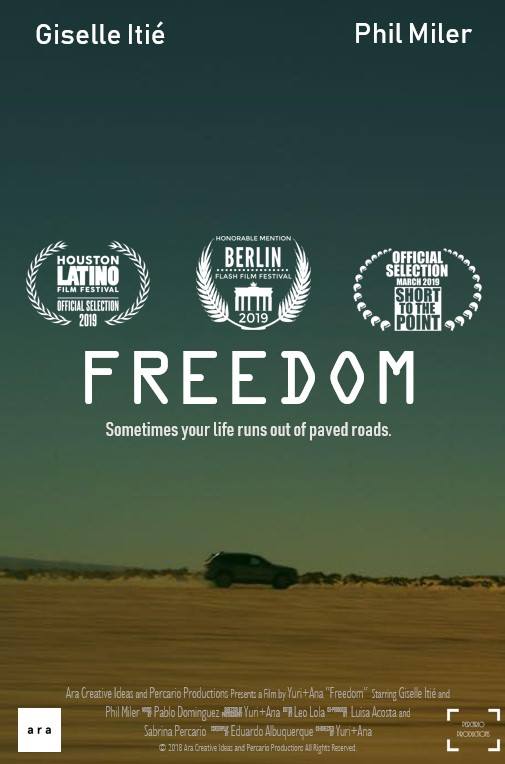 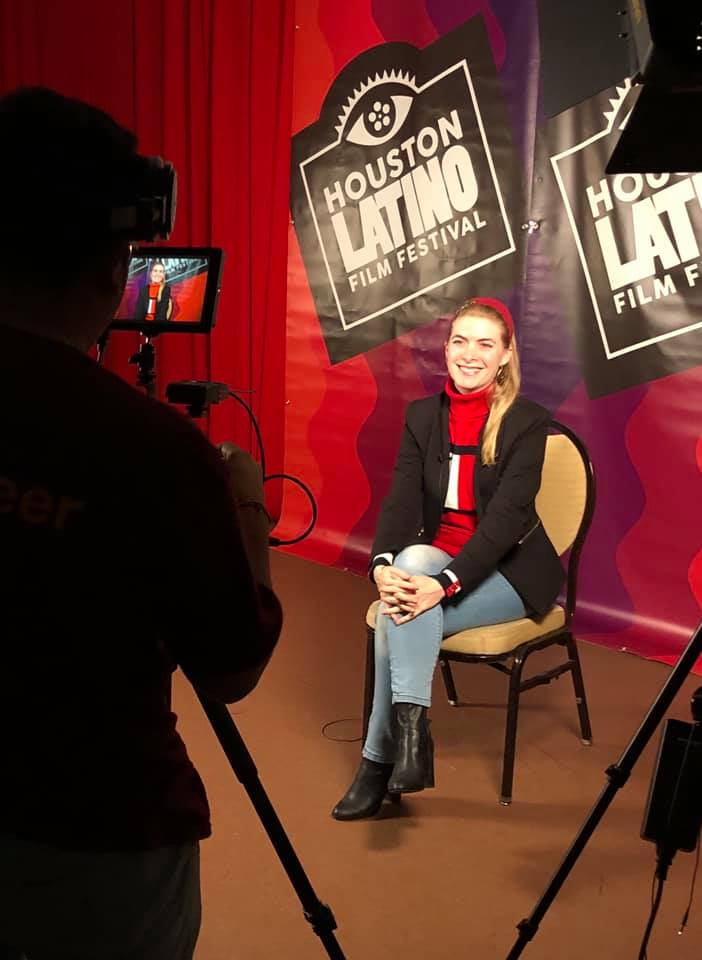 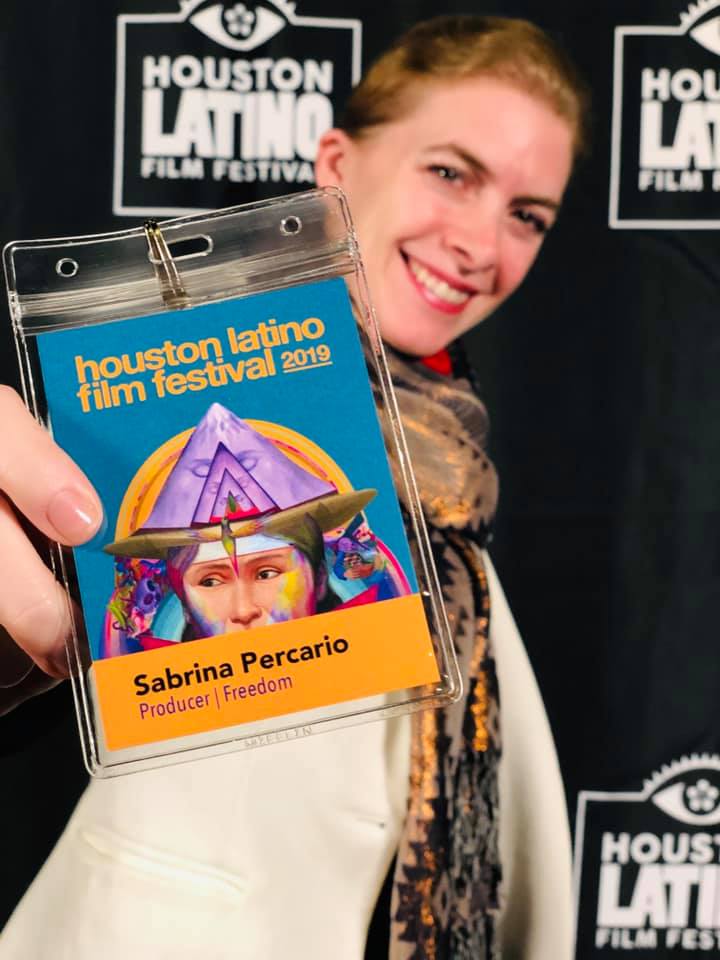 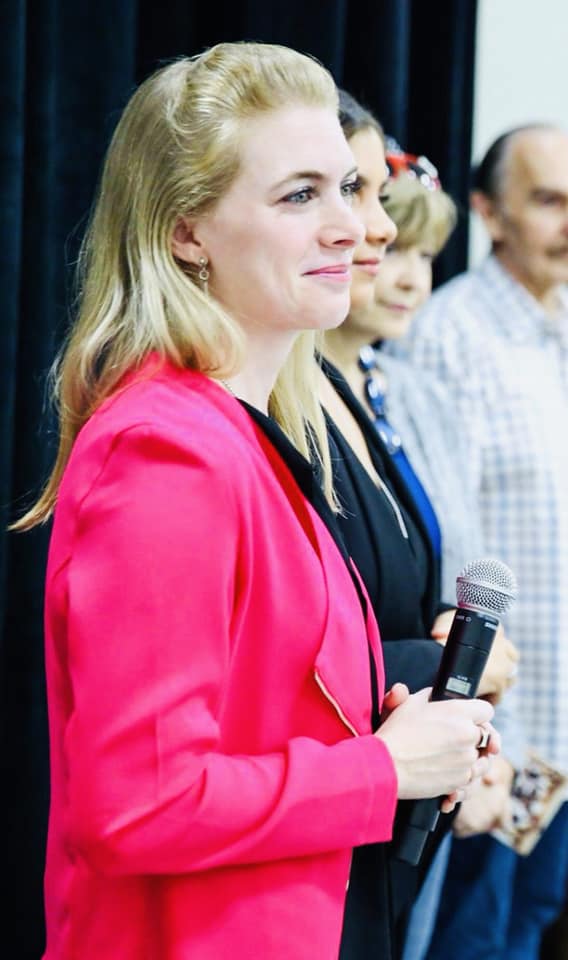 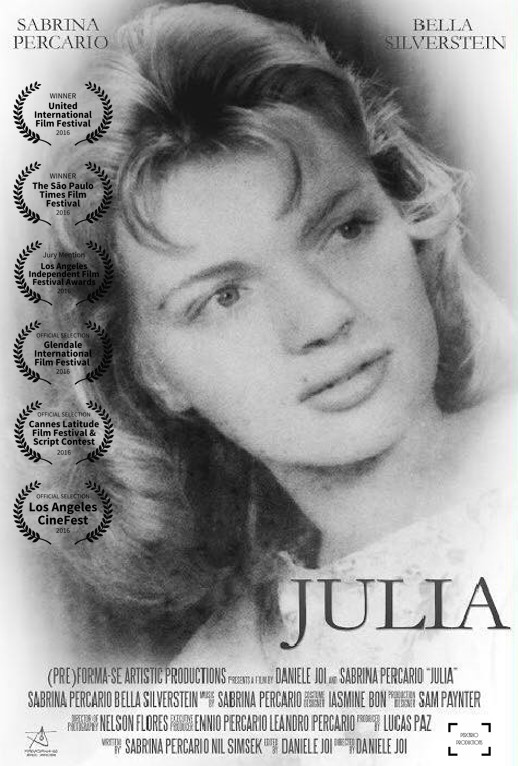 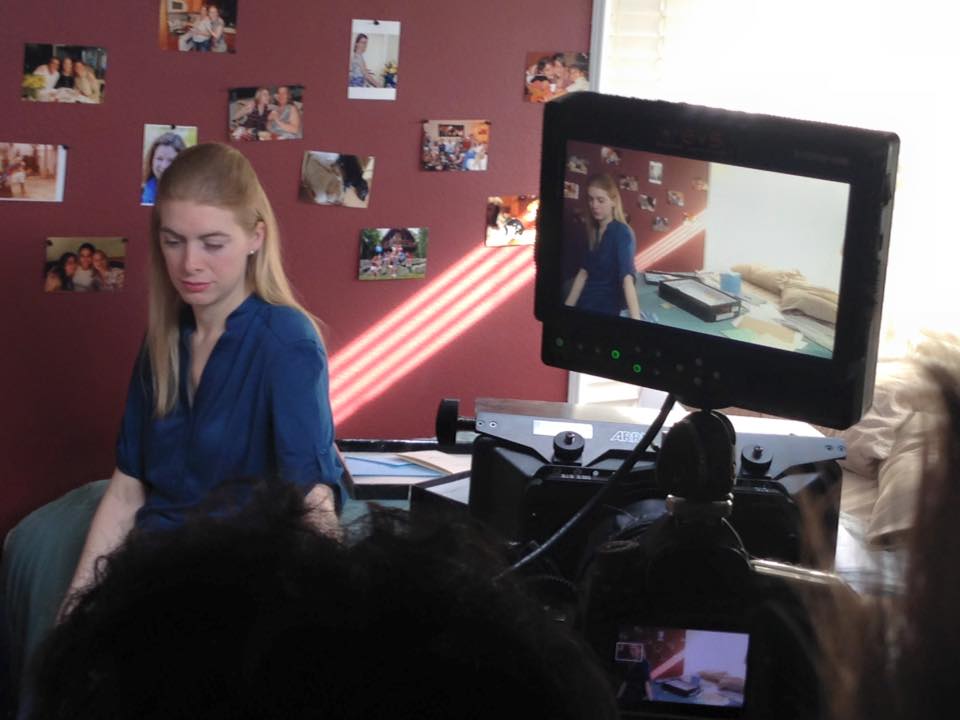 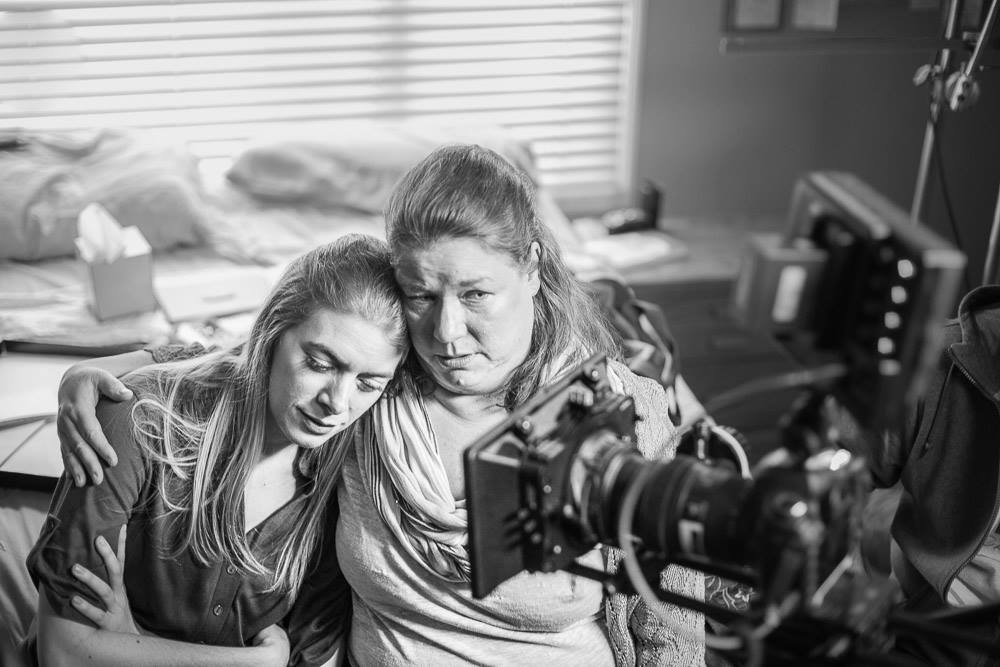 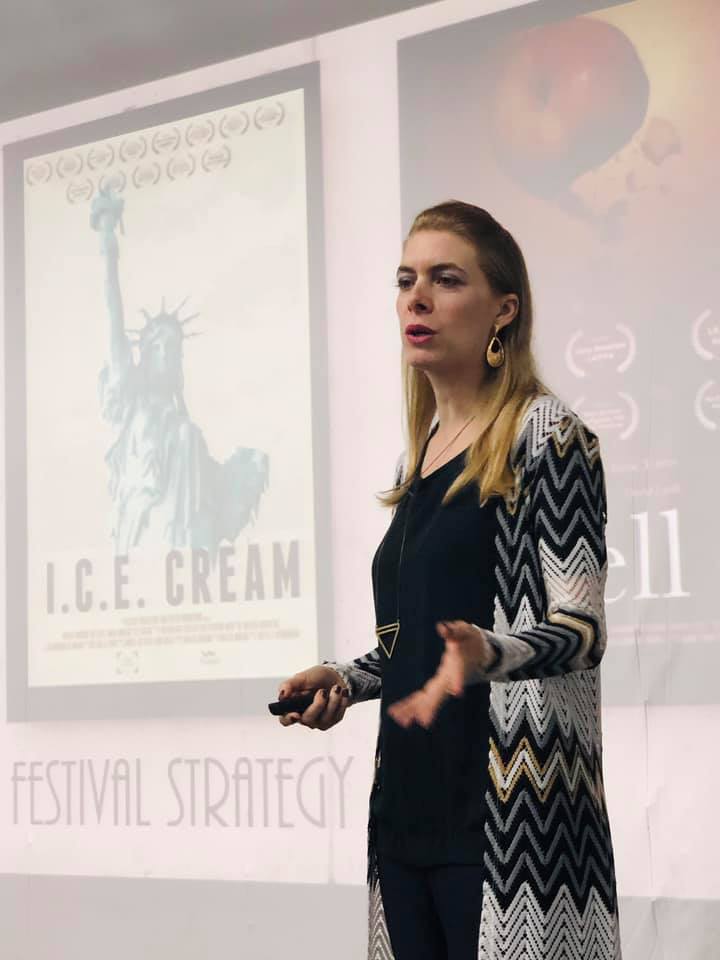 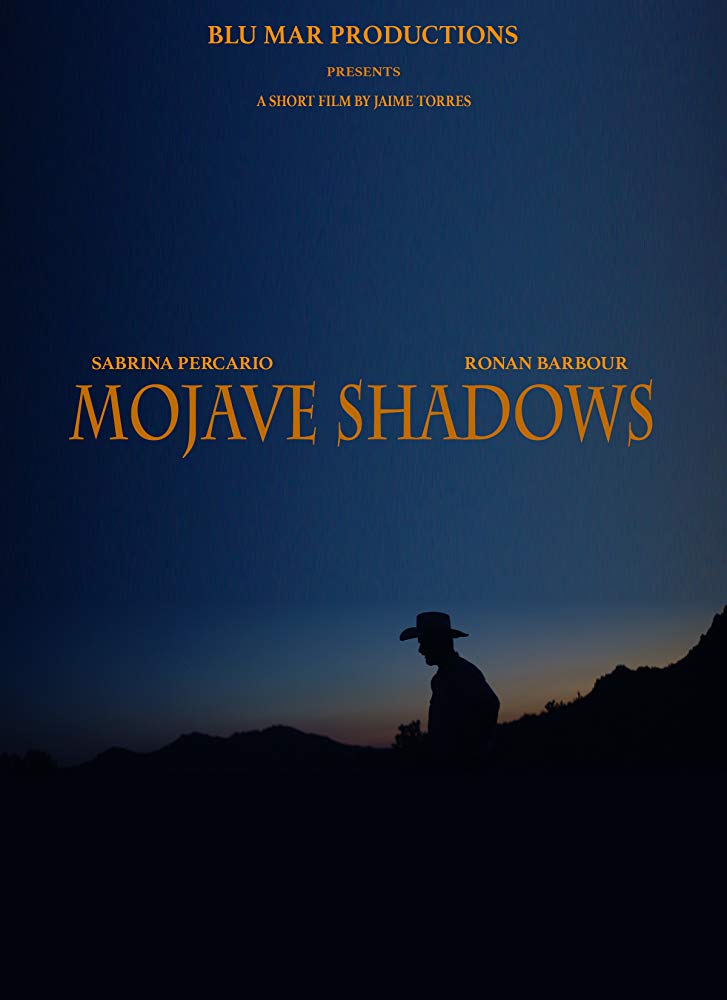 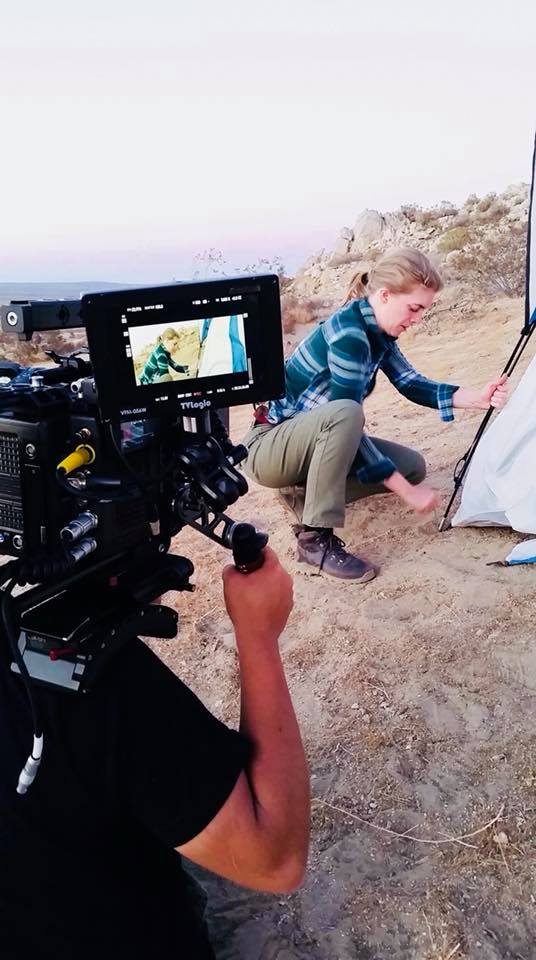 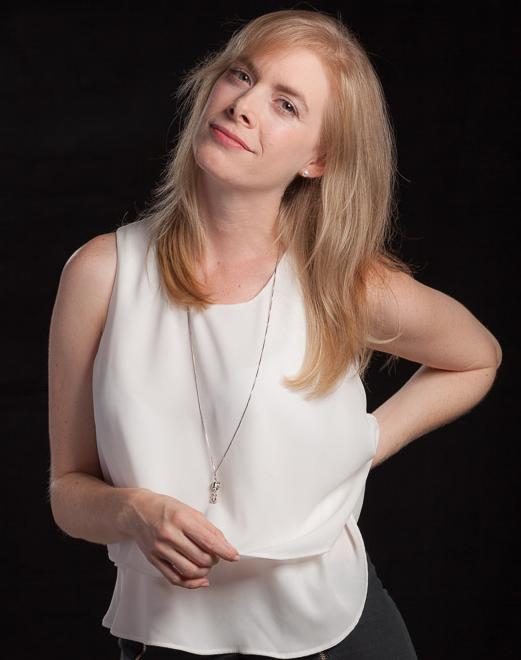 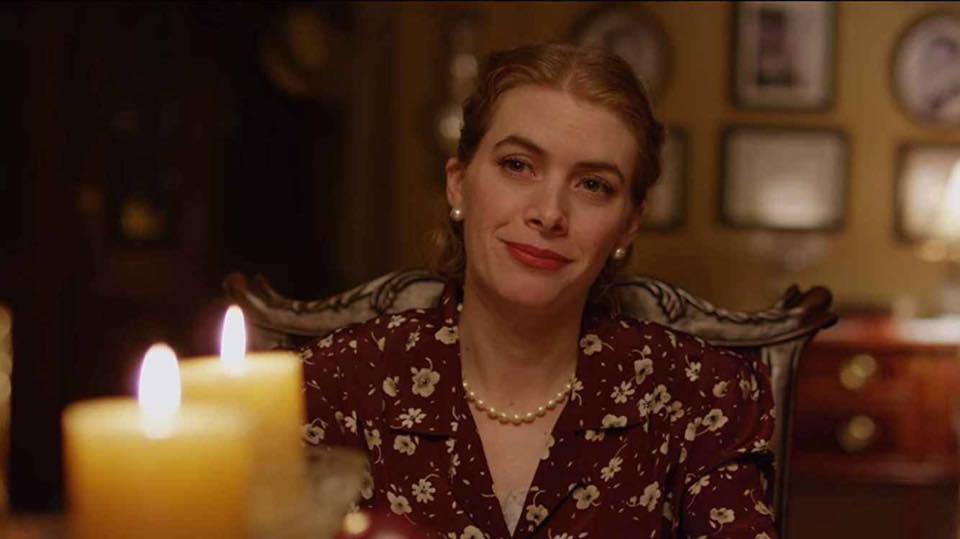 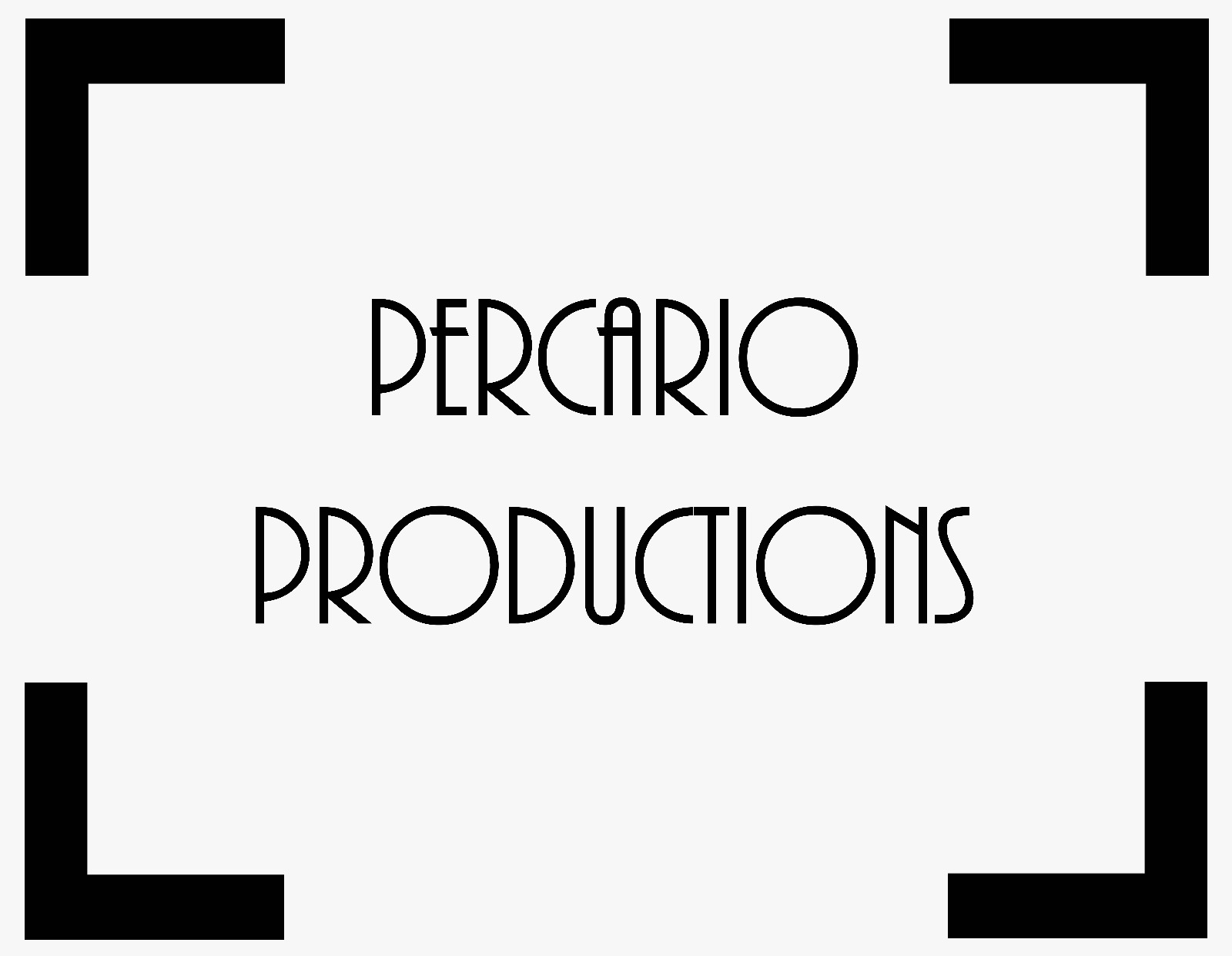