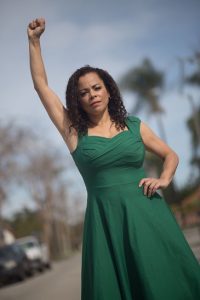 Today we’d like to introduce you to Sabra Williams.

Sabra, we appreciate you taking the time to share your story with us today. Where does your story begin?
I am an actor and activist, a mother, a partner, and an immigrant. I grew up in the UK in a theatrical family, my mother is a director, my step-father a playwright. As a young child sitting on the side of the stage, I realized that the magic of the theatre was something beyond entertainment and has the potential to be life-changing. I came to America in 2002, and joined The Actors’ Gang theatre company in 2004.  As I experienced the beneficial effects the highly physical & emotional European style of theatre there was having on my own life, I thought back on my experience of bringing theatre into UK prisons and thought it would work well for incarcerated people here. I started The Prison Project a few months later, and over 13 years of working in partnership with people inside and returned, and teaching artists, it became the gold standard of ‘Arts in Corrections.’

However, I was disheartened by the limited understanding of the Arts in the US as anything more than entertainment or for artists and wanted to be part of creating an organization that expresses the power of the arts in a culture of equity, so I co-founded Creative Acts in 2018. As an artist, I had been educated by my partners in prisons about the urgent responsibility to both change the narrative around the importance of the Arts in our culture and to ensure access for all. Creative Acts is an organization that seeks to transform urgent social justice issues through the revolutionary power of the Arts; to heal trauma, build community, raise power, and center the voices of those who are or have been incarcerated. It is a joy to work with amazing people to try to disrupt, challenge and transform our current societal issues through using the tools the arts provide. It’s also a joy to bring those lessons to my career as a working actor and to try to articulate them in the book I’m currently writing.

Would you say it’s been a smooth road, and if not what are some of the biggest challenges you’ve faced along the way?
If the road is smooth, you’re not making change! No, it’s always a bumpy road and sometimes those bumps can seem mountainous! We are trying to change culture and push back against white supremacy and systemic racism that causes mass incarceration, inequity and harm. As you can see from the current state of the country and our political system, when change starts to bubble up, those who stand to lose power and money will do whatever it takes to hold onto it. I have been working in a microcosm of that (the legal system) for 15+ years- I’m bruised and battered by it, but also, working with and witnessing the strength and visions of those most impacted has been the making of me, giving me resilience, fire and hope.

One clear struggle is trying to create a “flat” organization in the midst of a culture of hierarchy. Everyone thinks they want to work this way, but the fact that it requires so much self-reflection and accountability often makes people want to run for the hills! The magnet of the current culture is so strong that we have internalized it without even realizing. We’re winning though!

Another struggle is the fact that I am a black woman and that has meant that, as an artist there has been less opportunity and more obstacles to finding a level playing field because of the body I’m so fortunate to have been born into. And, although there has been progress, we’re not there yet. Since George Floyd’s murder and the #BLM uprising, many companies and industries have declared their commitment to equity, but so often it results in tokenism instead of real power-sharing. I see change coming though, but it only happens if we never stop pushing for it- and we need allies for that!

Thanks for sharing that. So, maybe next you can tell us a bit more about your work?
As an actor, I’d like to think that I have courage in my acting and I’m willing to fail in the search for truth onstage or in front of a camera. I always tell my partners who are incarcerated that feeling uncomfortable is exactly where we need to be to make change, so I try to ensure I also live like that. I say yes to projects and things that scare me. I just directed my first play, ‘The Wolves’ at USC. I knew it might be a big mess, but that we would go on the journey together and not worry about the outcome too much. It turned out to be one of the most joyful experiences of my career, despite (or maybe because of) the obstacles of making theatre in a pandemic. I feel at my best as an actor now and ready for new challenges and I’m happy to see studios and casting start to realize that they’ve been sidelining some of the best among us by not giving main-stream leading roles to BIPOC, women, differently-abled, LGBTQIA and older people.

I’m not sure how to answer “what sets you apart from others” I try to do the opposite in my work- I look for ensemble and community.

In terms of accomplishments, I’m proud that the work brought us into proximity with the Obama administration and that, together we were able to advance justice reform. I’m proud when my work results in joy and uplifting others, particularly women and marginalized people. I especially try to be an ally to indigenous people and people impacted by the system in my work, and to never forget that although people like to refer to us as “minorities” we are, in fact, the global majority!

Before we go, is there anything else you can share with us?
People who have been impacted by the “justice” system are often the most intelligent, creative, skilled people you’ll meet. Just the people we should be employing. I ask anyone who has the power to hire people to give them a second chance. All they need is a little support, patience and training- just like you’d give to graduating students in their first job. Your organization and your life will be the better for it. 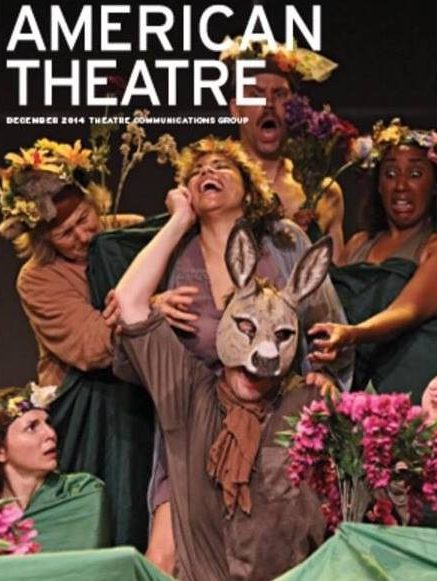 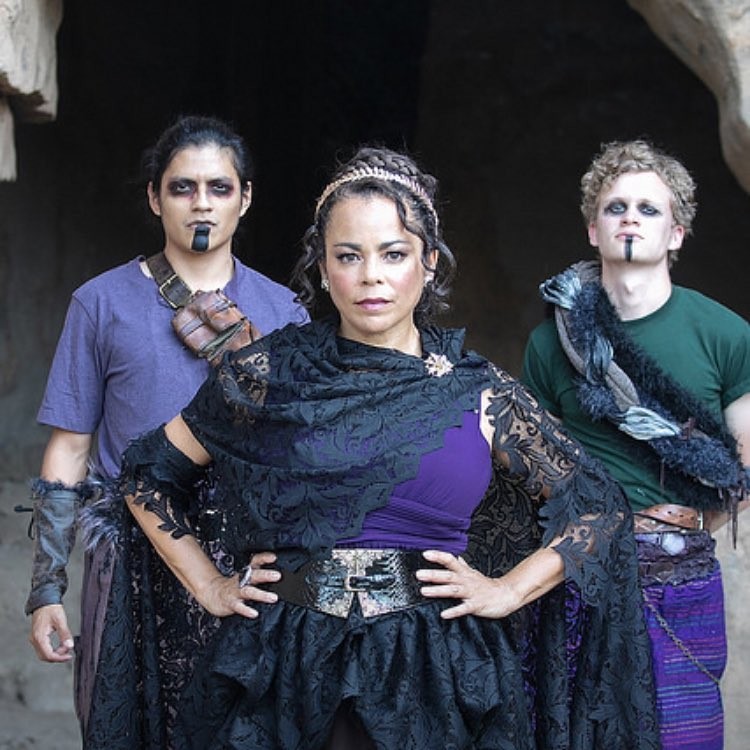 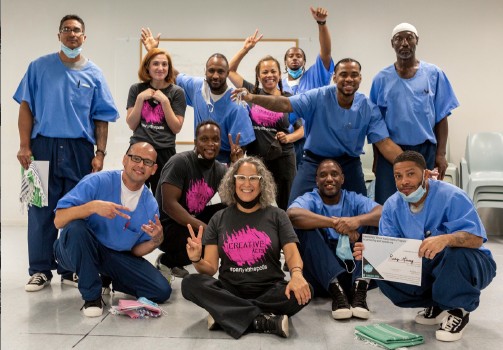 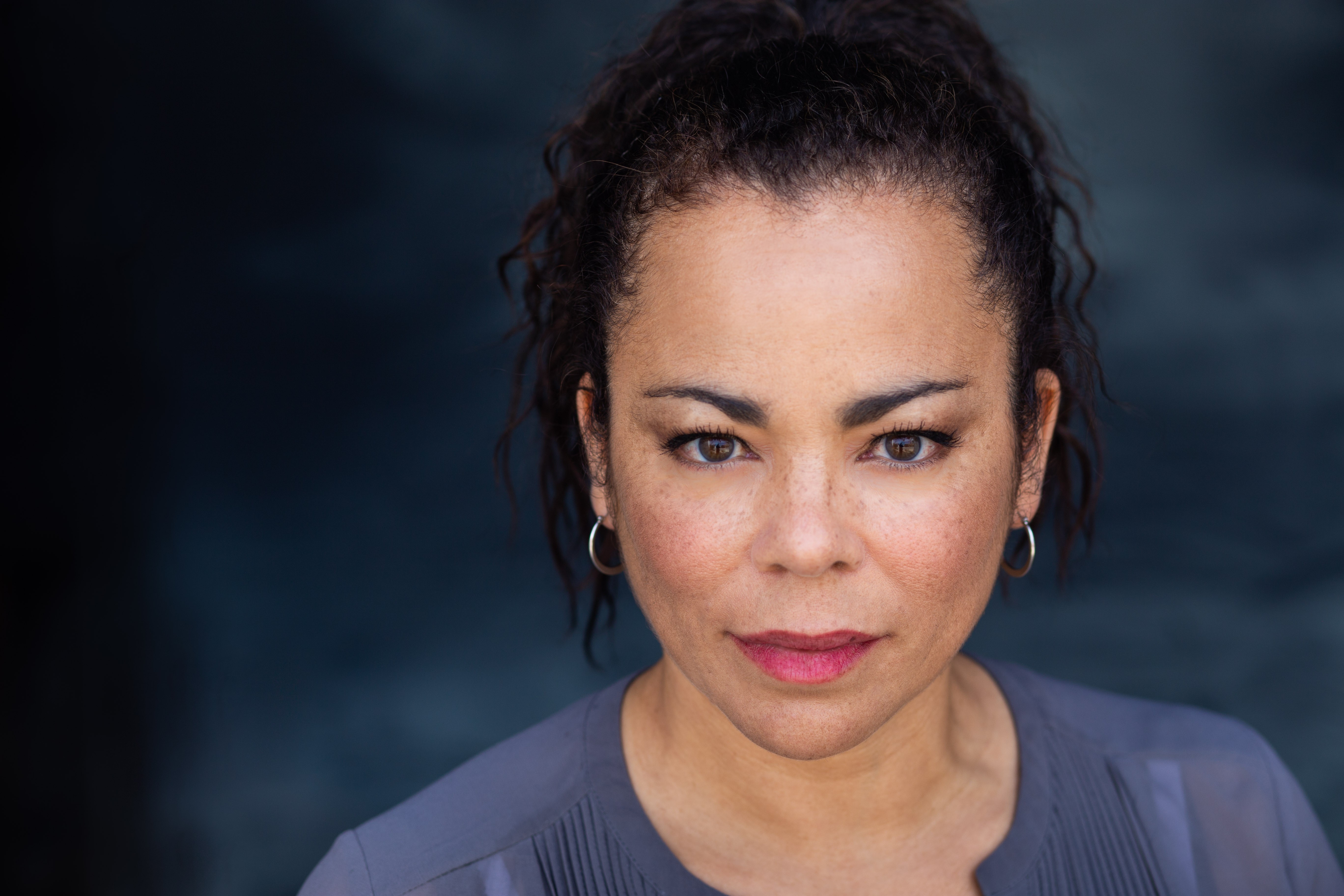 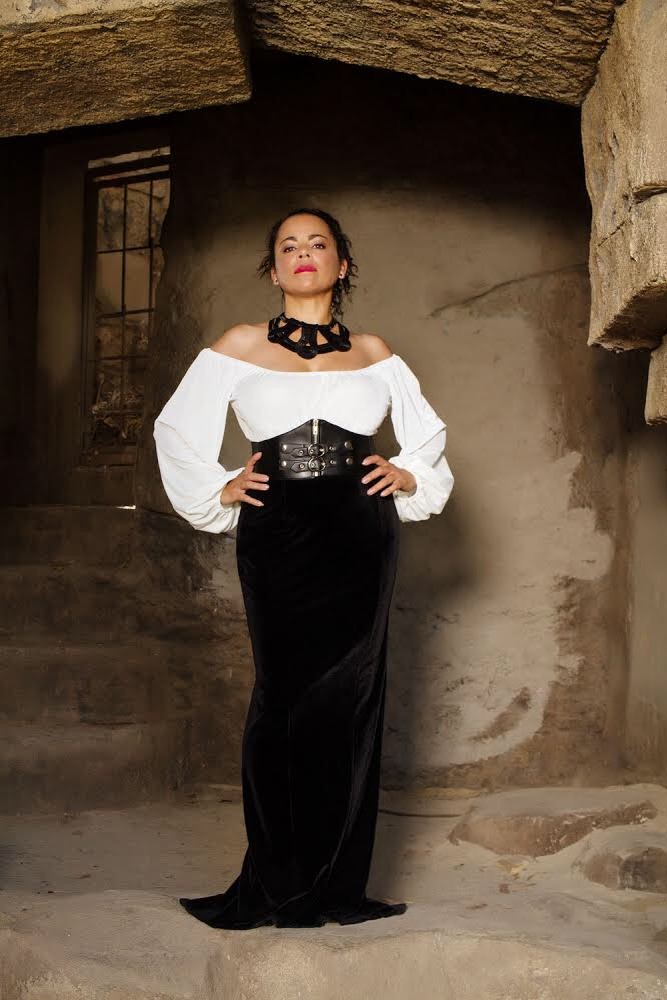 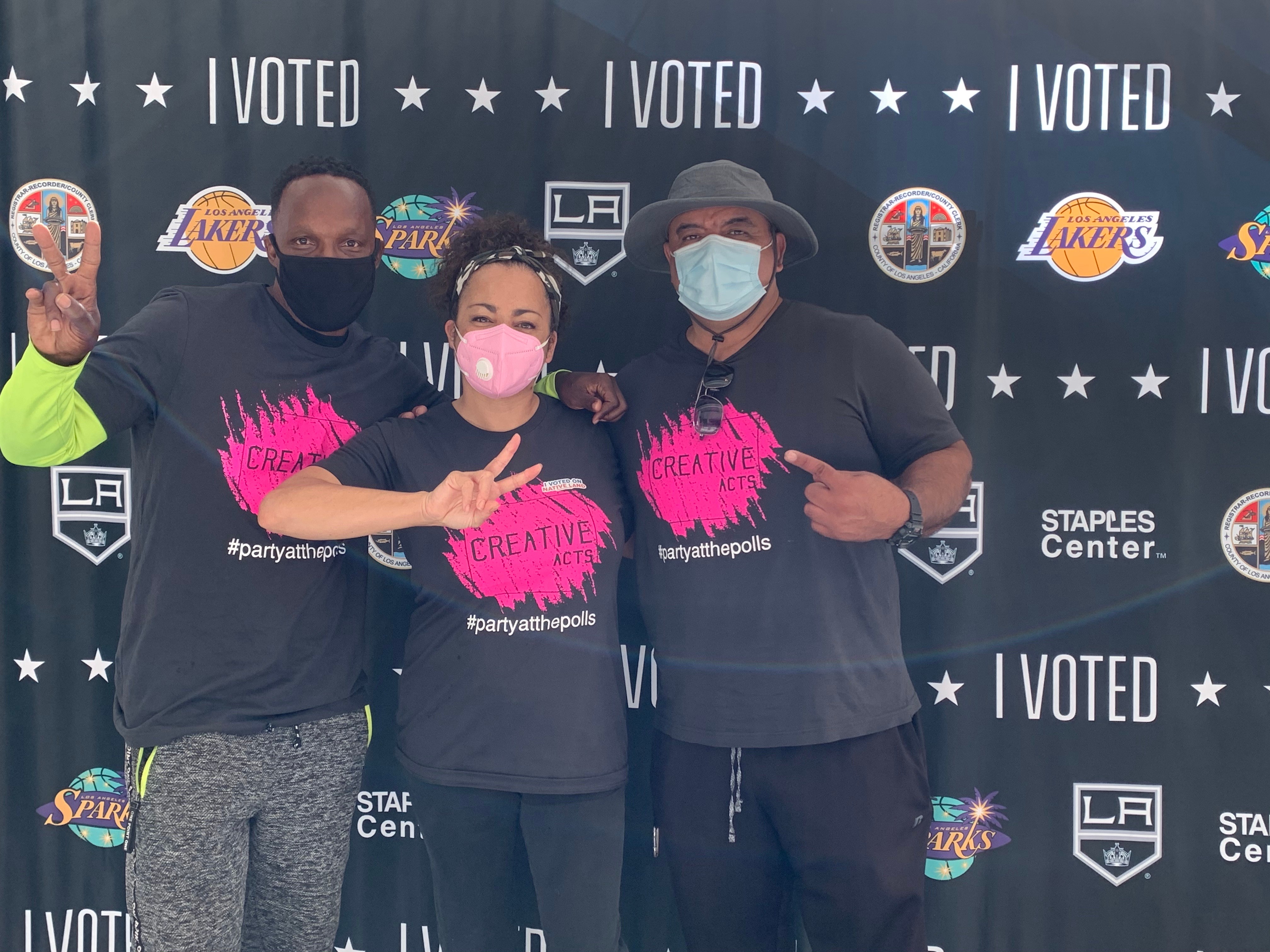 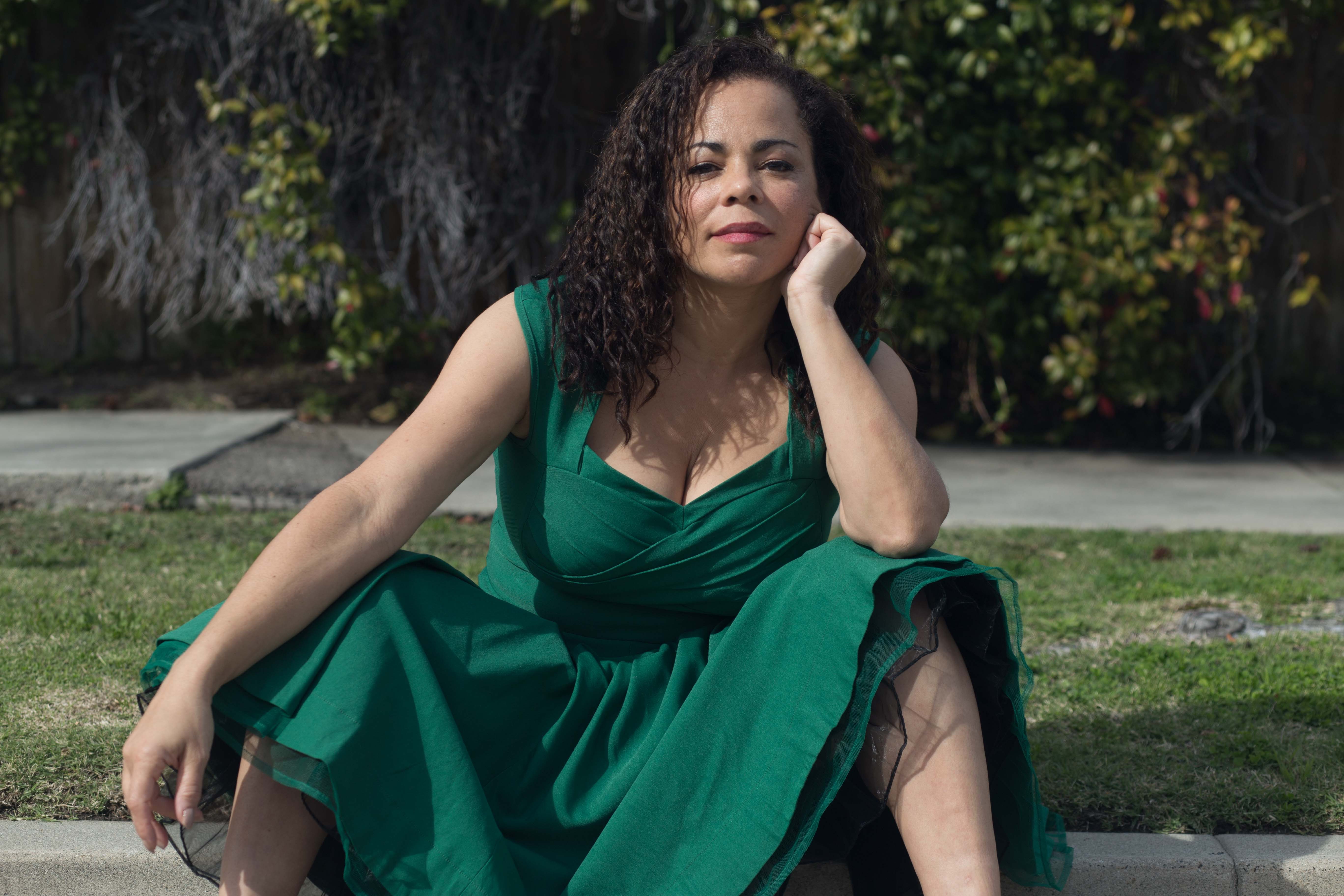