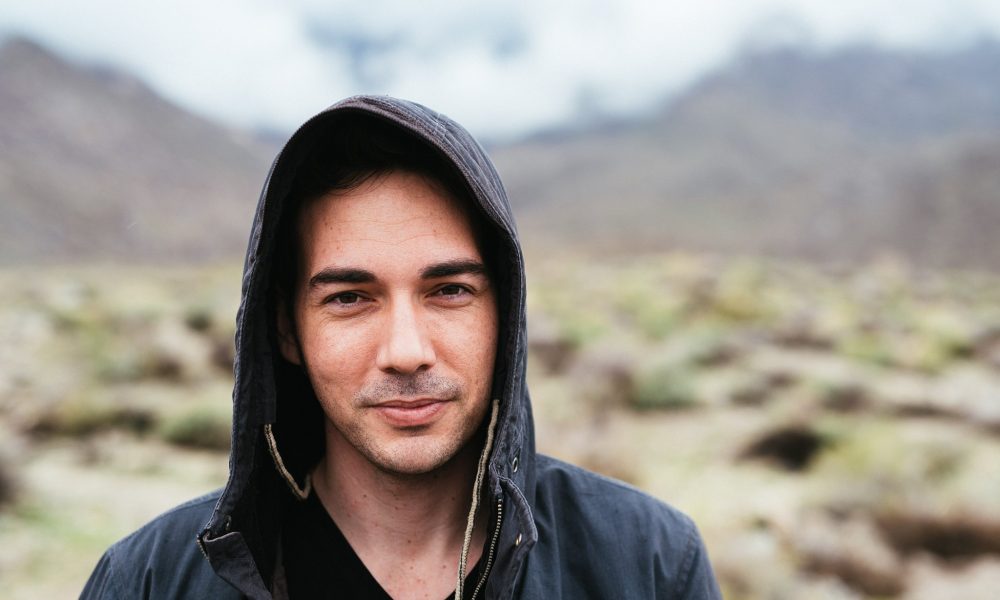 Today we’d like to introduce you to Ryan Wirick.

Thanks for sharing your story with us Ryan. So, let’s start at the beginning, and we can move on from there.
I was always just a huge fan of movies in general—Stanley Kubrick, early Spielberg, Star Wars, pretty much everything with Bill Murray. I got started as a filmmaker when I was 11 or 12 years old. My mom drove me to a parking lot to meet the woman selling the camcorder, and I spent most of the money I had at the time on a Sharp Hi8. I was getting into skateboarding, but I wasn’t particularly good at doing tricks, so videotaping friends seemed like a way for me to have a bigger purpose than just being bad at skateboarding. I shot and edited all kinds of strange shorts about long days spent skateboarding and acting like idiots.

At the same time, I had always cared deeply about the ocean. My dad was a professional surfer when he was young and I practically grew up at the beach. Then in 7th grade I did a research project on factory farming, and that woke me up to all kinds of problems with our food. So in a lot of ways before starting high school, the stage was already set for me—I loved to make movies, and I cared deeply about the environment and our food system.

Twenty years later, I found myself wrapping production on The Need To GROW, my first feature-length documentary, which I co-directed/produced with my creative partner Rob Herring. I also edited the film, which became a story-driven journey into the lives of those working to fix one of the most important environmental and social challenges of the century (our food and soil systems).

But a lot more needed to happen to get me to this point. I needed to expand those early interests beyond my own world and onto a much bigger stage.

How did you expand those early interests?
I went to film school at Chapman University, where I quickly realized how little I knew about the larger world. I knew I didn’t want to waste time making movies that wouldn’t matter, that would merely be a reflection of a disappointed twenty-year-old idealist. What did I really have to say as a human being? I had no idea. So, even though my first short film, A Static, was nominated for Chapman’s Best Newcomer Cecil Award, I quickly dropped out of film school and majored in Philosophy.

I spent a lot of time searching for my place in the world. I lived in Italy for a summer, climbed a mountain in Tibet, traveled as much as possible. I didn’t touch a video camera for eight years. I got an MFA in Creative Writing and an MA in English. I wrote a novel in grad school called Invisible Escalators, which won some awards, but then life took a drastic turn… Suddenly, very little about academia or writing a novel seemed to matter anymore.

In 2009, during my last semester in grad school, my dad was diagnosed with Hepatitis C and alcohol-induced dementia. He couldn’t take care of himself, much less surf or do anything he loved to do. He had no one in his life, and he needed my care. From that point forward, my dad’s well-being became my purpose in life. He went from being in a medicated coma in the ICU to overcoming his 6-month prognosis and living another six years… just long enough to meet my son Canyon. And I was there every step of the way.

How did you go from being your dad’s caretaker to making a film about soil?
A lot of factors in my own life converged in 2013. While my dad was still dying with liver disease, I was about to become a father, and I started seriously looking into problems in our food system for the first time since 7th grade. I watched dozens of documentaries, started reading books about soil and agriculture, and just kind of became obsessed. I became involved in the food activism community and made videos highlighting chemicals in our food that disrupt our microbiomes and lead to all kinds of physical and mental problems.

Although issues with glyphosate-based herbicides have become rather mainstream, back in 2013, it was considered by many to be fringe, baseless science. However, it was clear to me that the problems with our food are systemic, and by any measure, a kind of chemical experiment was/is being conducted on humans and the environment. I came to see the chemical agricultural model as a kind progress trap.

With an estimated 60 years of farmable soil left on the planet, there’s undeniably a built-in expiration date to this model. It became clear to me that there is no solution to this model that involved more toxic chemicals, or more monocultures. It seemed undeniable that more of the same meant the failure of our entire civilization, and very few people were talking about this.

To the extent that I am able to understand Buckminster Fuller, I connected with his idea that “You never change things by fighting the existing reality. To change something, build a new model that makes the existing model obsolete.” So I became deeply interested in what these “new models”—which are often variations of ancient models, something I learned from permaculture—could look like in relation to solving our broken food system.

It seemed to me that what is needed is an organized and decentralized countermeasure to the chemical, agricultural model. And that only seemed remotely feasible through the participation of millions of people… It was difficult to imagine our species overcoming this situation, to be honest. So the notion of bringing a kid into this insane world, knowing what I know, and not doing my best to sound the alarm and create meaningful change… I mean, it terrified me.

I really couldn’t bullshit myself. What was I supposed to do? Have a kid, and then in his or her lifetime, they were going to run out of farmable soil? The more I learned, the more I wanted to find solutions and tell the stories of the people behind those solutions.

By the end of 2013, I decided it was time to return to filmmaking. I found myself lining up interviews and looking for potential stories. Shortly after that, Rob Herring and I joined forces, founded Earth Conscious Films, and we were off.

We’re always bombarded by how great it is to pursue your passion, etc. – but we’ve spoken with enough people to know that it’s not always easy. Overall, would you say things have been easy for you?
It’s strange looking back. I was broke. My dad was slowly but surely dying. I was about to become a father. I couldn’t land a decent job. And there I was starting a company with Rob Herring and production on our first documentary. I guess it was as much a cry for help as it was an attempt to jump-start a career that aligned with my values. The reality of how short life truly is was inescapable.

The importance of raising awareness around the problems and solutions to our food system, particularly around the regeneration of our soil systems, felt so much bigger than our little doc project could ever do justice. So yeah, the struggles were numerous, but so were the blessings from the universe. Obviously, financing a film when Rob and I (and Earth Conscious Films) had no documentary track record was a legitimate challenge, but not the only challenge.

We traveled the country and started following six or seven stories about solutions to our food system. Then in 2015, disaster struck one of the main stories we had been following for months. It completely changed the trajectory of the film, and we were forced to rethink how exactly the film was going to work. Ultimately three of the stories we were following suffered dramatic setbacks, which changed the film from a more info-focused doc to more of a heart-centered, story-driven doc that was supported by powerful information.

Around that time, right as all the stories in the film seemed to be at their lowest points, my dad died. Seeing Monica and Alicia, Michael, and Erik (the main stories in the film) persevere through their own struggles, became part of my own grieving and healing process. So it was with a heavy heart that we dedicated The Need To GROW to my dad.

Ultimately, we found the ideal Executive Producer (Tanner Stewart) who enabled us to finish production. We did a successful Kickstarter campaign that enabled us to finish post-production. And then we got an early cut of the film in front of our top choice for the narrator (Rosario Dawson), who loved it and quickly joined the project not only as our amazing narrator but also as an Executive Producer. It’s unreal looking back at those low points and to see all that has happened since then.

Our little project has gone on to win multiple Best Documentary honors in film festivals across North America, and most recently Rosario Dawson was honored by the Society of Voice Arts and Sciences with the Environmental Voice Award, for her work on our film and beyond. I really believe when you align your passion and talents with fulfilling a need in the world, the universe has a way of helping to make it possible.

But it takes grit; it takes growth, it takes trust, community, and countless nights of sleep deprivation. But it’s beyond worth it. And for a film like The Need To GROW, it’s really not about Rob and I. It’s about the triumph of the human spirit, and what it will take for all of us to survive and thrive. The stakes are higher than ever before, but that pales in comparison to the power of people working together, and never giving up.

So, as you know, we’re impressed with Earth Conscious Films – tell our readers more, for example, what you’re most proud of as a company and what sets you apart from others.
At Earth Conscious Films we produce films and videos that promote solutions to problems in the world and the people and companies behind those solutions. We founded ECF with the intention of creating motion pictures that not only inform and entertain but also empower people at the local level with the tools needed to solve the most pressing issues facing our species and the planet.

I think what sets us apart is that we are committed to telling the stories of people actively solving problems in the world. We believe there are everyday heroes all around us, and we want to shift the conversation from just pointing at all the problems, to celebrating the innovators, activists, farmers, teachers, scientists, artists, entrepreneurs, etc., who wake up every day with the aim to make this world a better place.

Where do you see your industry going over the next 5-10 years?  Any big shifts, changes, trends, etc?
Within 5-10 years, as our environmental and health issues continue to worsen, people will increasingly get burned out on hearing about all of the problems. I think so many people are already burned out. It’s bad news everywhere we seem to look.

As tempting as it can be to focus on the doom and gloom, we will never get where we need to go as a species if we don’t shift our focus—fewer documentaries primarily spreading fear and more docs finding innovative ways to focus on solutions. I hope Earth Conscious Films can help be a catalyst for that critical shift. 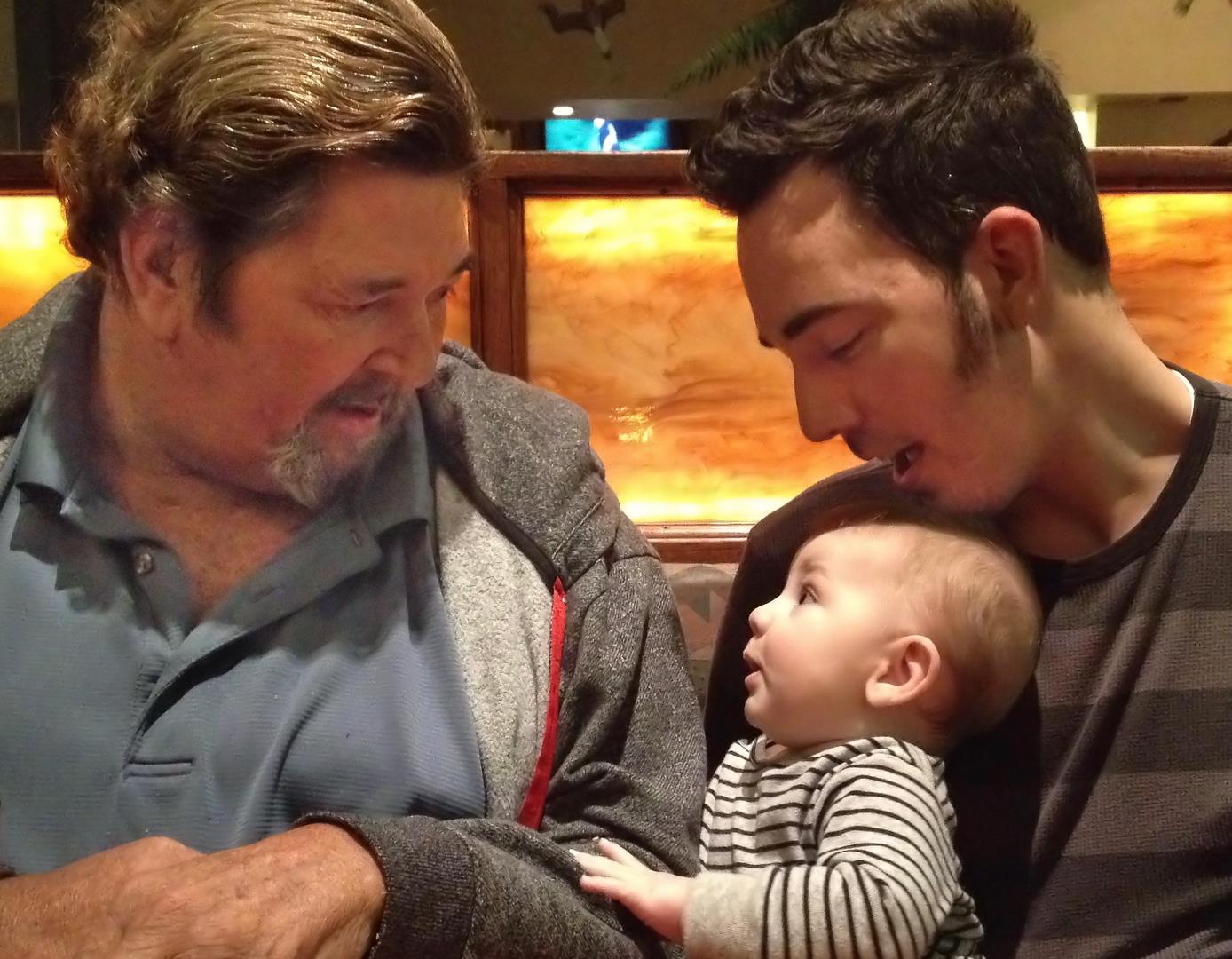 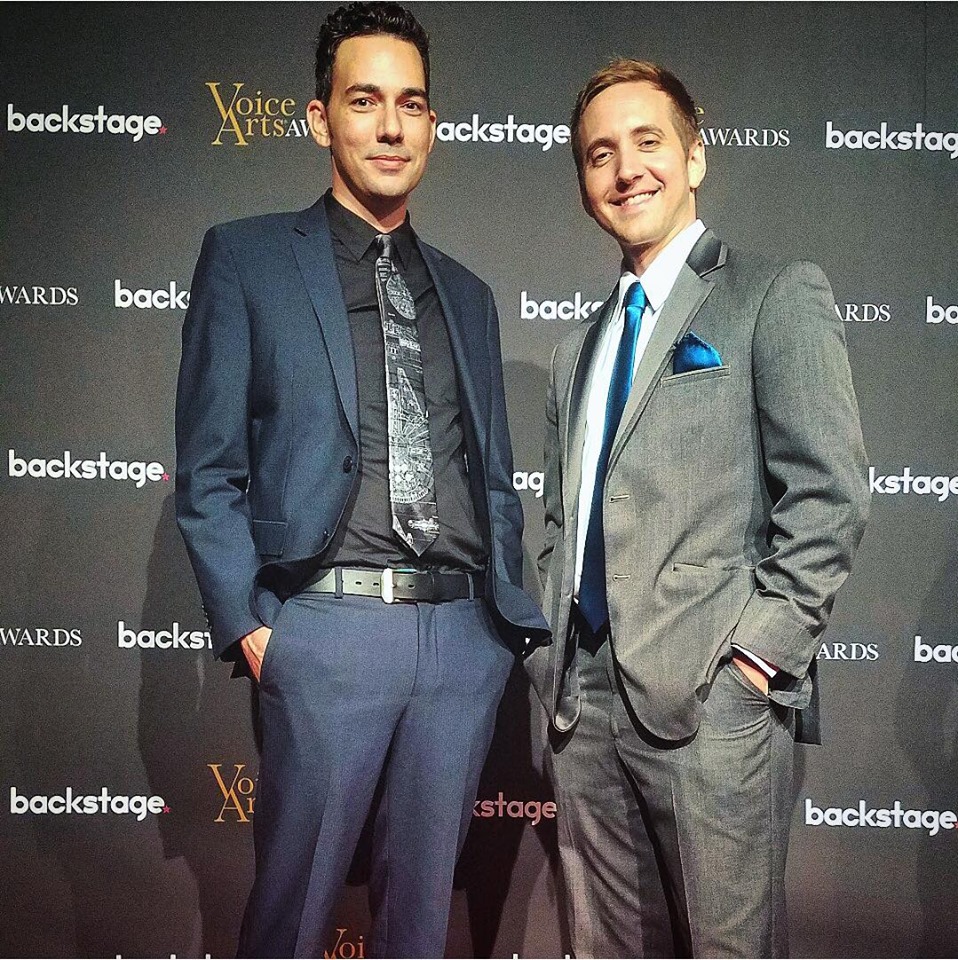 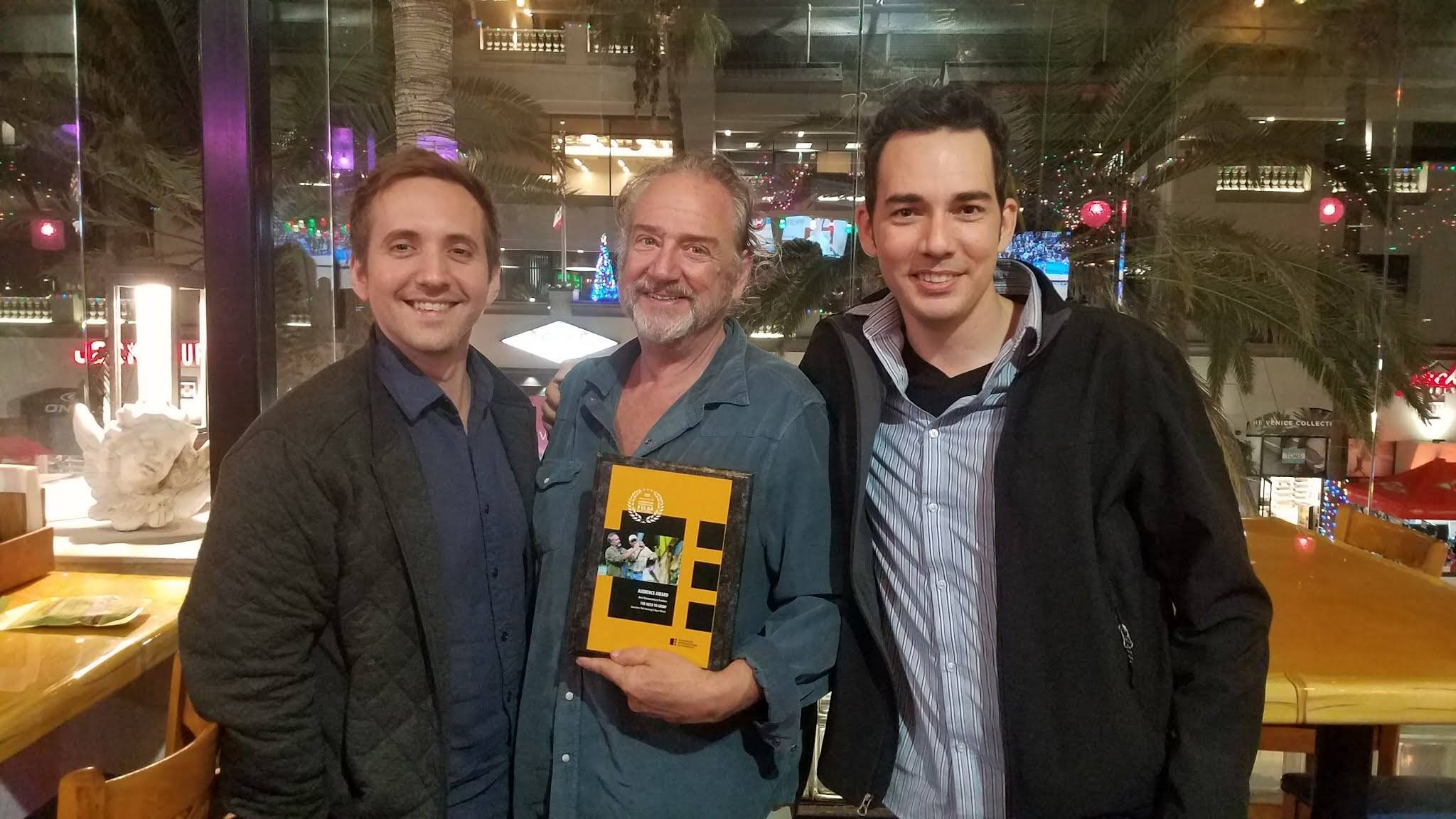 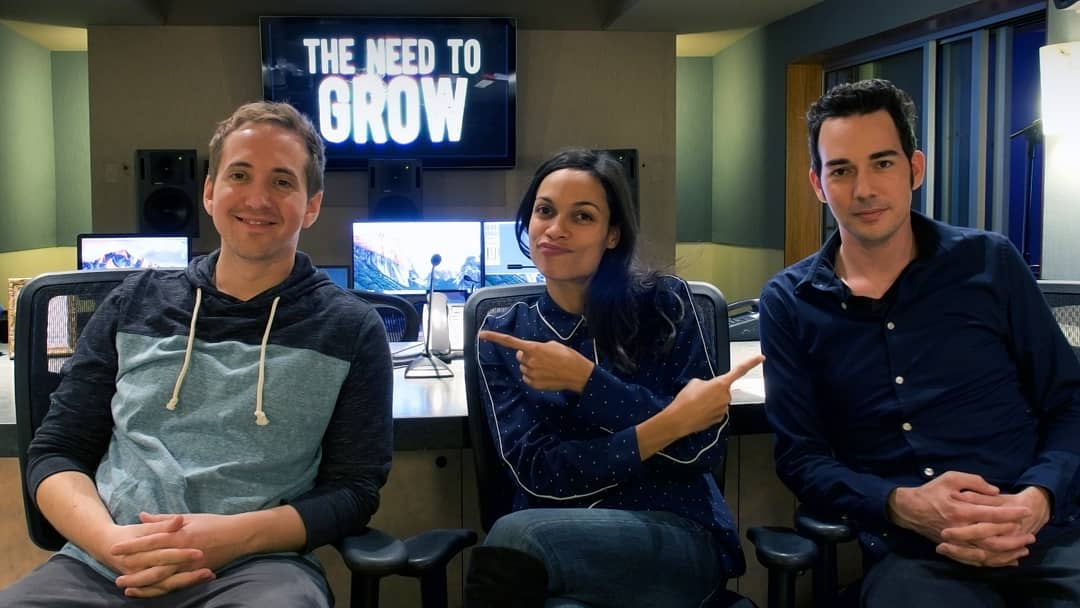 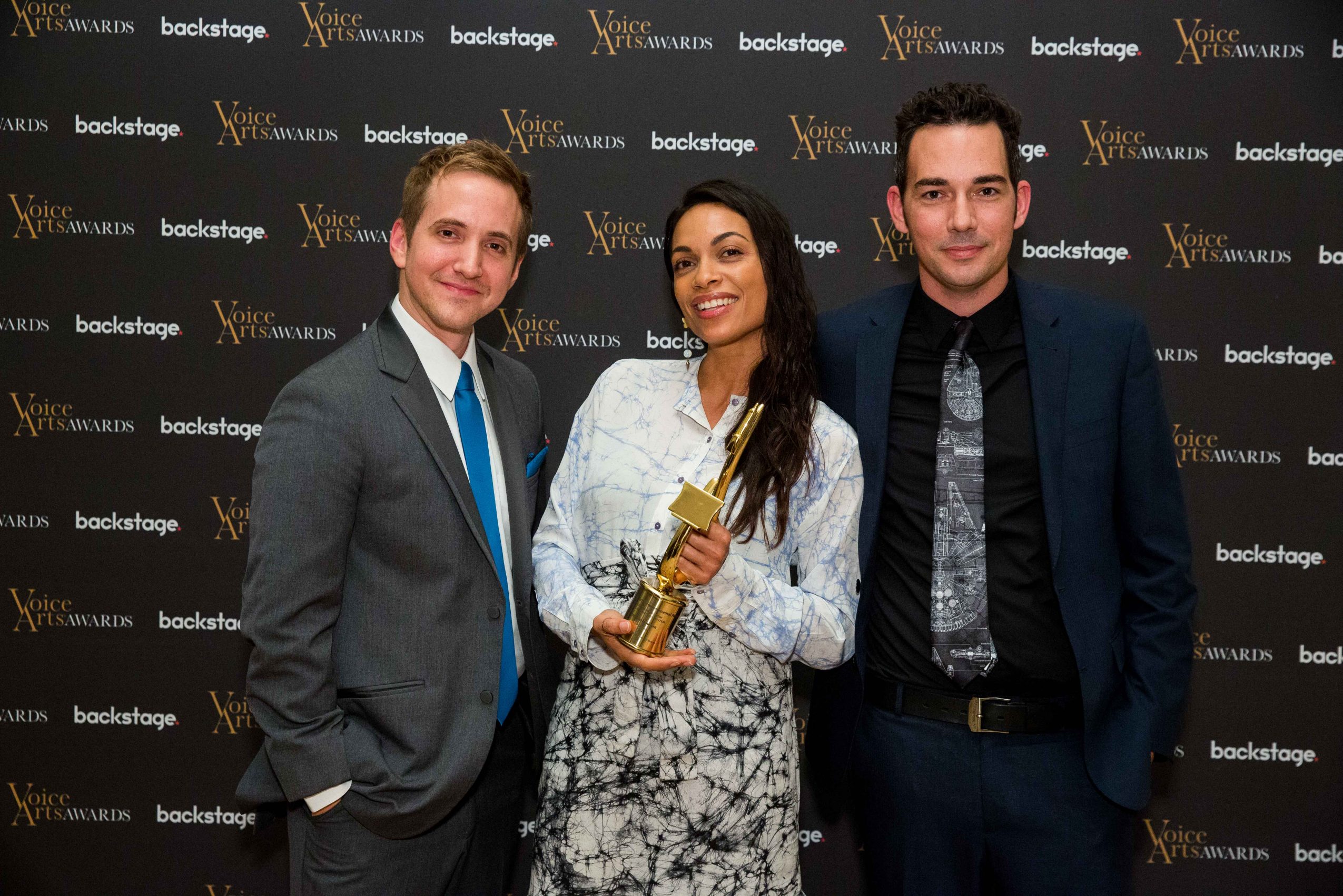 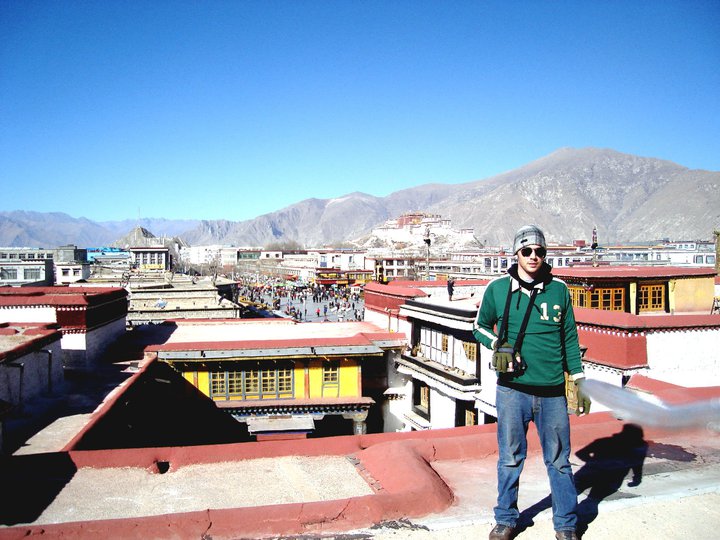 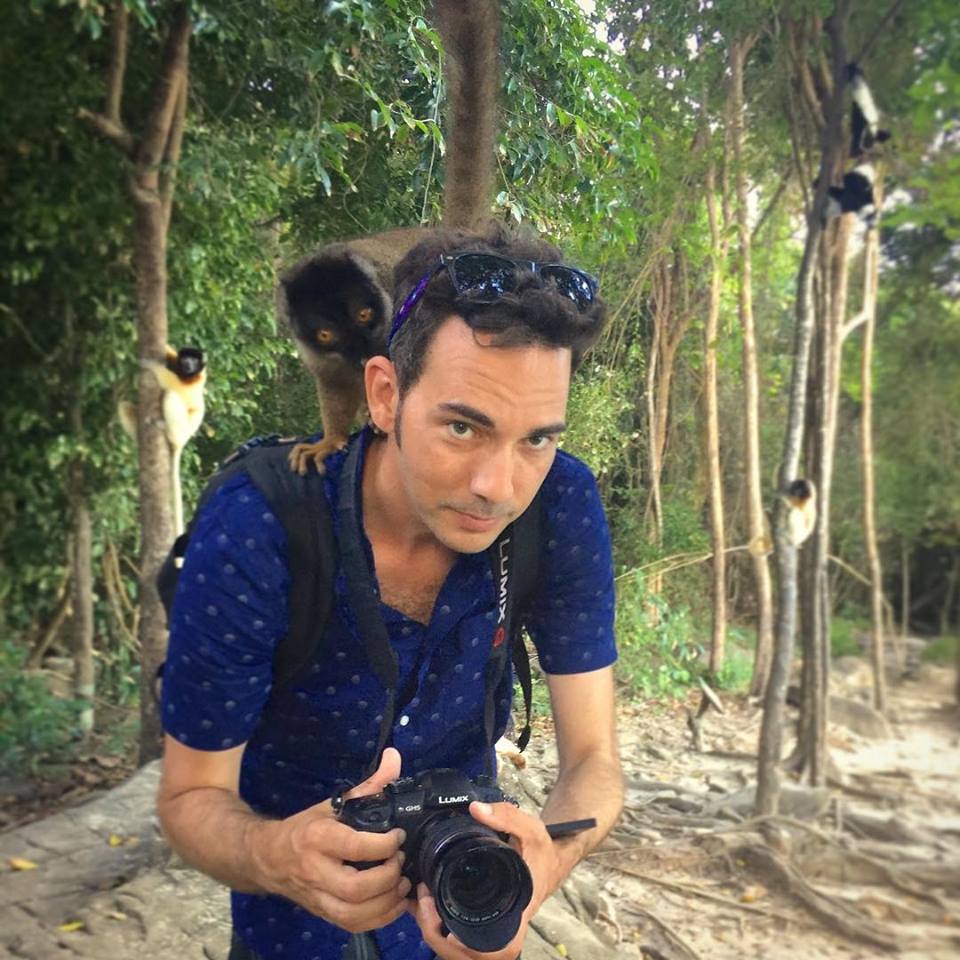 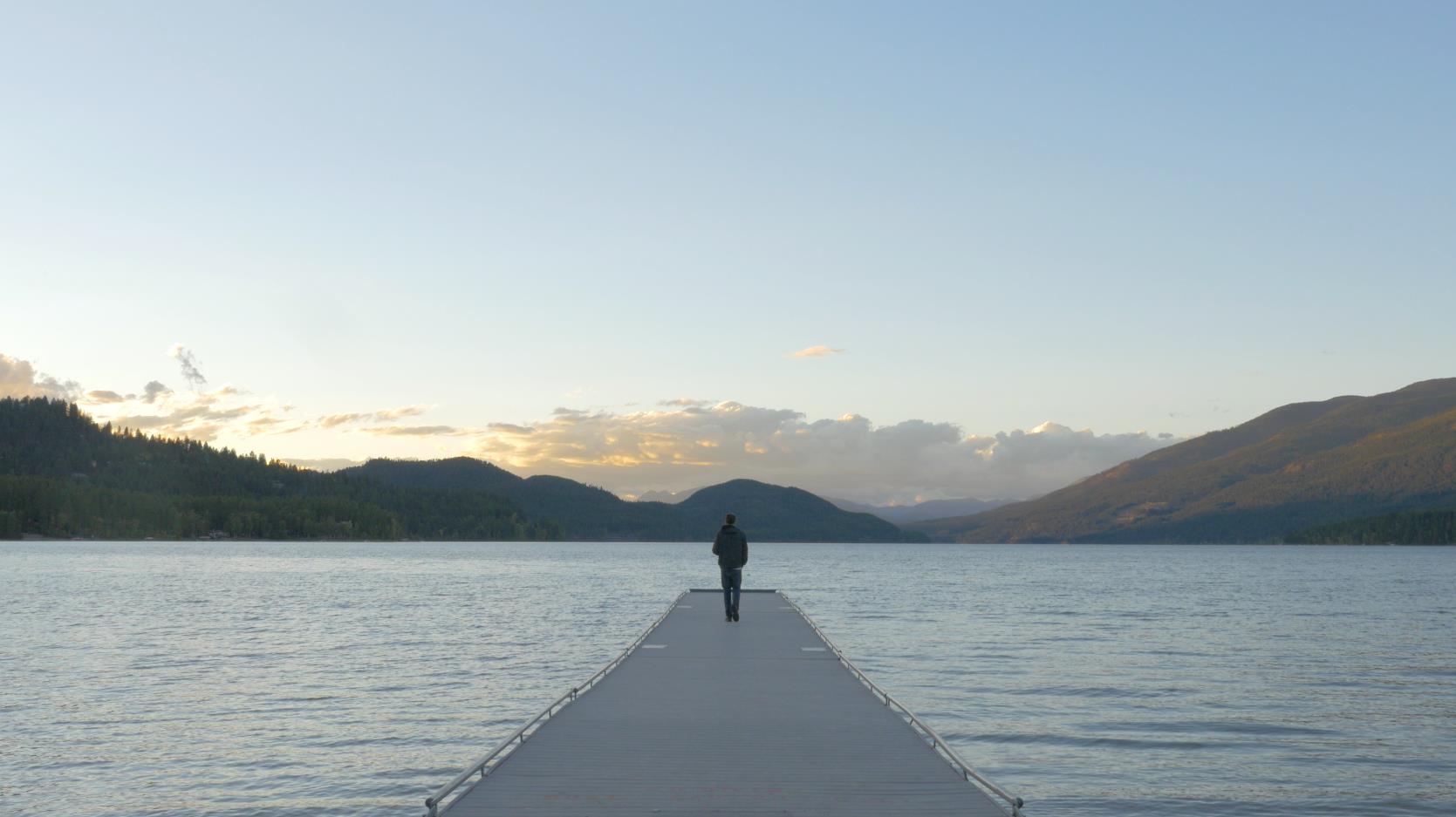 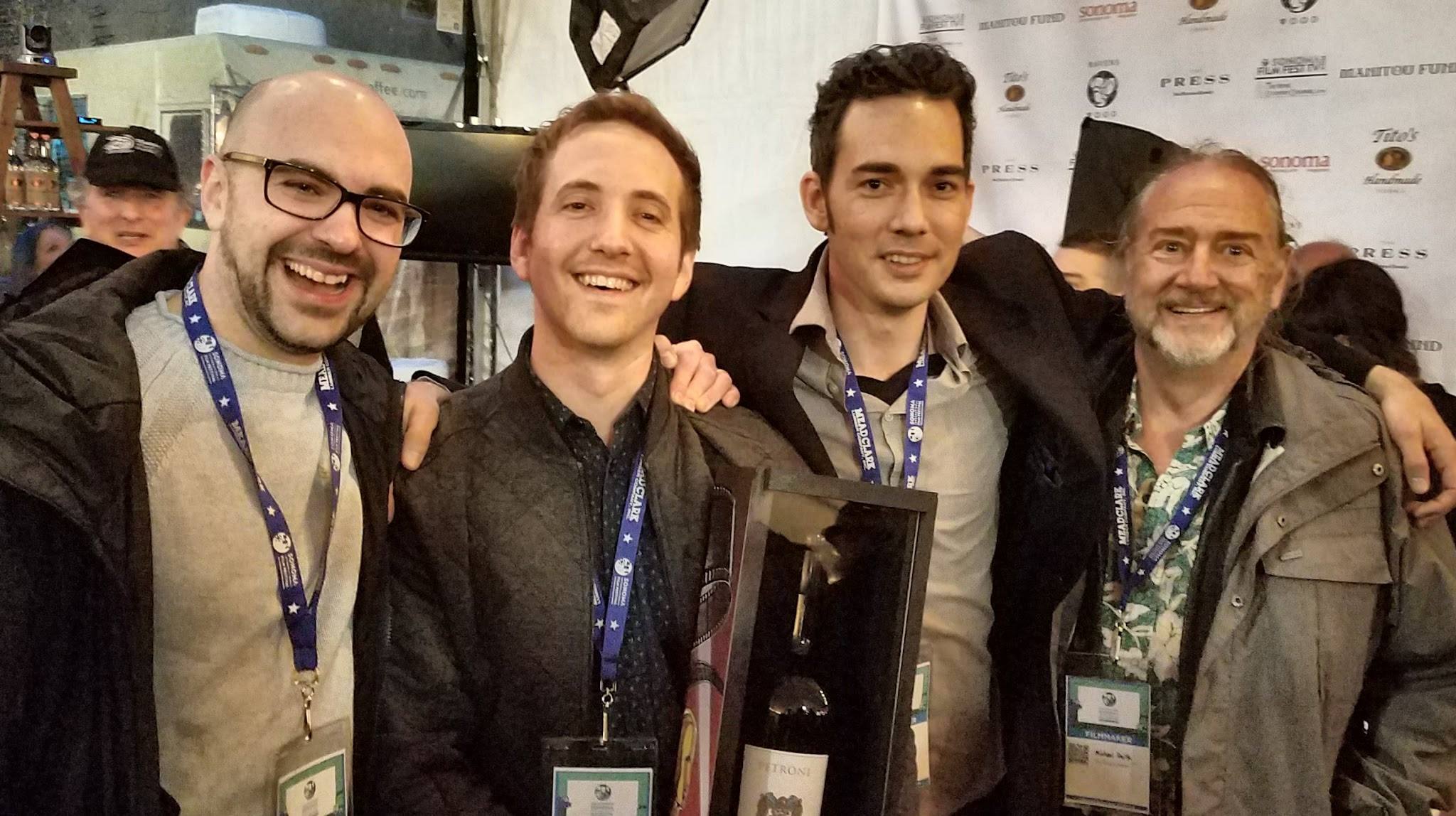 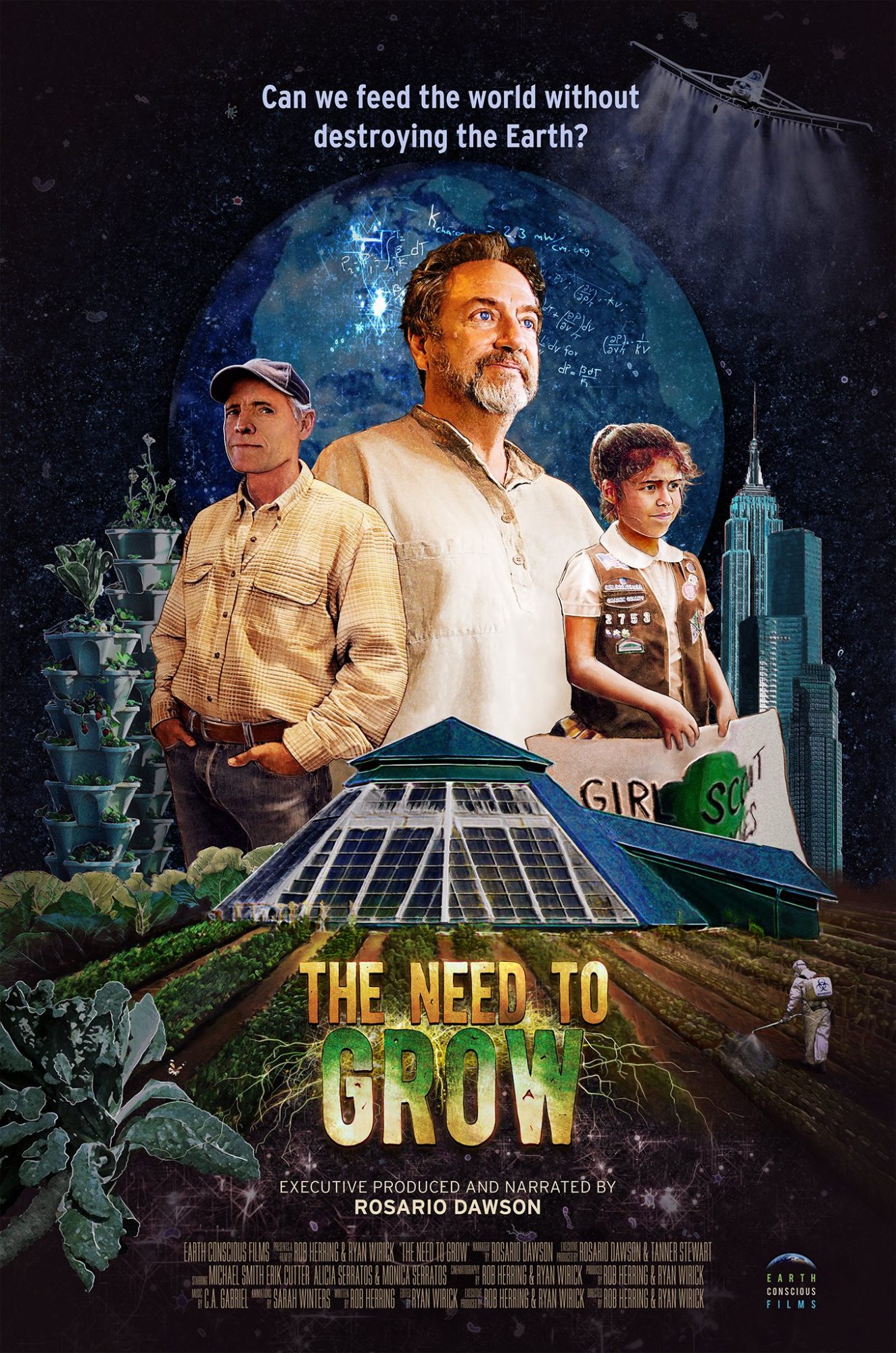