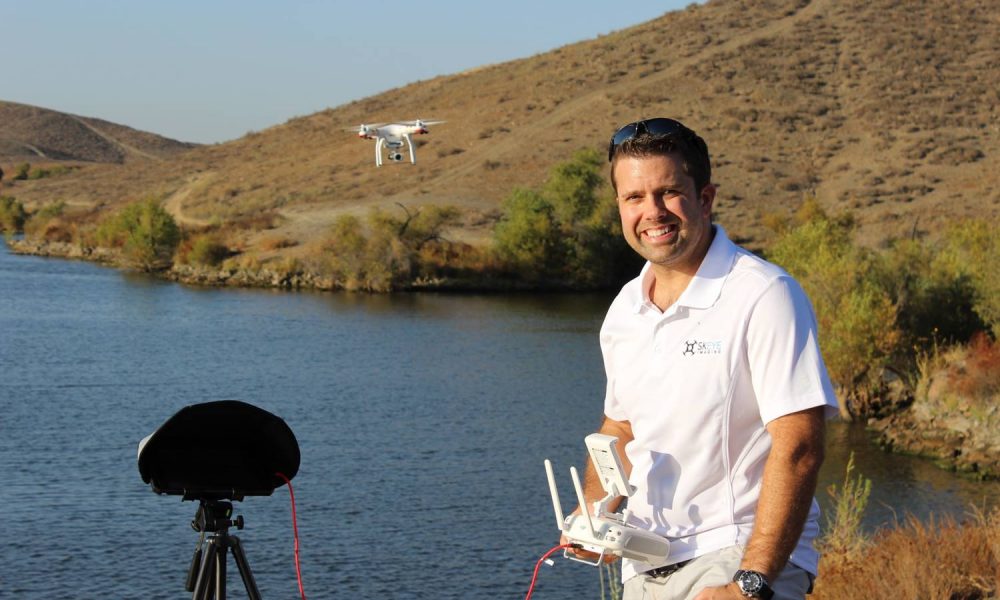 Today we’d like to introduce you to Ryan Wewers.

So, before we jump into specific questions about the business, why don’t you give us some details about you and your story.
Skeye Imaging was started a year ago to satisfy a growing need and desire for a unique view only obtainable from an aerial imaging drone.  It was that unique view that captured my own personal interest in aviation and flight as a young midwestern boy taking his first airplane ride.  The birds-eye view is unlike any other and it stuck with me as my fascination for flight only grew as I got older. During college, I became a licensed aircraft pilot and after living in Kansas my entire life I moved to Los Angeles with an interest in learning more about the emerging drone technology. In 2015 I purchased my first drone and uploaded some recreational footage to YouTube that I had filmed in downtown LA. Three weeks later I was contacted by a well-known mass media entertainment conglomerate interested in purchasing my footage. Honestly, I thought it was a prank call at first! But sure enough a few months later I received my first credit in the prime time show “The Wonderful World of Disney 60th Anniversary Special.” What a great way to launch Skye Imaging. I have met some really talented and generous people and have enjoyed seeing so many opportunities open up for Skeye Imaging.

Great, so let’s dig a little deeper into the story – has it been an easy path overall and if not, what were the challenges you’ve had to overcome?
Drones are highly regulated by the (FAA) Federal Aviation Administration. To fly a drone commercially one must go through testing by the FAA and be licensed to operate legally. Drone laws are very complex and changing regularly. Some municipalities have different laws regarding drone operations within their jurisdiction with some requiring permits. As laws regulating drones evolve, keeping up with these changes can be difficult but necessary. Drones have also garnered a bad reputation as portrayed in the media. There are some bad pilots out there who have impeded air operations for our firefighters during wildfire season here in California. Some have piloted their drone too close to airports/aircraft or even spying on neighbors in their own back yards. I’m often approached by people who are not happy about me flying. I try and educate the public about the positive uses of this technology and how some of us are licensed, trained and insured. I love talking to people and answering questions they have and most are genuinely surprised and leave with a not so negative outlook on the technology.

Skeye Imaging – what should we know? What do you guys do best? What sets you apart from the competition?
Skeye Imaging is an FAA licensed and insured aerial drone imaging business. We can help a wide range of clients who need aerial video or photos which include television, real estate, insurance claims, construction site surveys, watercraft marketing etc. A lot of people doing drone work are not licensed or insured and are operating illegally. Skeye Imaging takes safety very seriously and will not compromise the safety of people and property.

What moment in your career do you look back most fondly on?
Getting my first screen credit and seeing my aerial footage of the Disney Concert Hall on ABC in front of a national audience was a great feeling!

I feel most successful when a current client has referred new business to me. In this industry, I am often working with folks who have a huge investment of time and money in their business or product. To garner their trust to the point that they would encourage others to work with me? That means the most to me.