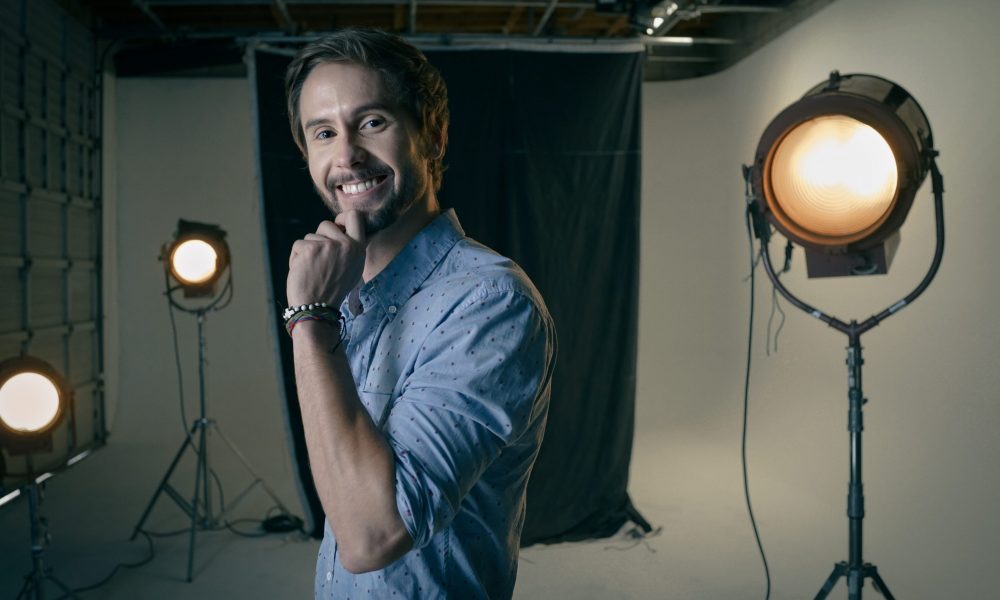 Today we’d like to introduce you to Ryan Turner.

Thanks for sharing your story with us Ryan. So, let’s start at the beginning and we can move on from there.
My film career started when I was gifted a Lego Studios set for Christmas in middle school. Using little LEGO figurines (including a little LEGO Spielberg), I was able to let my imagination run wild and film whatever story I wanted to. Somewhere on an old computer, there’s a LEGO R2D2 and Harry Potter buddy comedy set in ancient Rome. I would spend hours making movies, and I specifically remember convincing my teachers in school to let me make movies instead of writing papers. I went on to join the Advanced Video Production class in High School. The experience of filming short videos that the school would see and react to was unforgettable. When I realized that I could actually pursue this thing as a living, I jumped at the opportunity.

I majored in Film and Media Studies at UC Santa Barbara. While it was mainly a theory school, I was able to create all sorts of videos and short films in that environment. One such series was called Blackout Detectives which was about two detectives that find out what you did when you blacked from drinking the night before. If you’ve ever visited Isla Vista, you’d know where my inspiration came from.

After college, I moved to Los Angeles and got a job as an assistant editor on a feature. I initially used my jobs as an editor to fund my directing projects. One of my first directing successes was a comedy music video titled “I’m Not Gay” (https://www.youtube.com/watch?v=hS9KPwfylmg). That video organically found a large audience on the internet and led to a ton of other work for me. My next big success was a Doritos Crash the Super Bowl submission Baby’s First Word (https://www.youtube.com/watch?v=Kzt_j07-lkE) which sent me to the Super Bowl and even got me a job directing Richard Branson!

I’ve spent the last seven or so years out here as a freelance filmmaker and have enjoyed every minute of it. My goal always has been to tell stories that entertain people and help them see the world in a new way. Recently my sci-fi comedy short film “A Date in 2025” was released online and I was blown away by the response (https://www.youtube.com/watch?v=NZ8G3e3Cgl4). I have a new sci-fi project APPyness that’s just submitting to its first film festivals, and I’m currently working towards my first feature film. It might or might not be a reboot of my R2D2 Harry Potter buddy comedy.

Great, so let’s dig a little deeper into the story – has it been an easy path overall and if not, what were the challenges you’ve had to overcome?
You kind of have to be a little insane to be freelance. My girlfriend says I have an inhuman ability to positively reframe things. That ability has come in handy when I have no idea where my next paycheck is coming from. I’ve gone months without a (paid) job, and I’ve had weeks where I’ve had to juggle five jobs at once. That being said, it always does seem to work out eventually. Even through the toughest times, I try to keep my head up and keep working on anything I can get my hands on. I’ve been thankful that those tough times have happened fewer and fewer the longer I’ve been in LA.

Someone early on told me that good work never goes unnoticed. That’s really helped drive me through. I try to focus on making quality projects, and whether it’s successful or not is really a roll of the dice. Projects I’ve thought would huge have never been seen, and a project I did in a few days ended up being the thing I was known for. You never know what will happen, so the only thing you can control is whether or not you’re making anything.

One thing that’s been challenging is learning when to shut off. There is always something to do or some event to attend, but the key is to learn to enjoy the journey and be present. This was a big challenge for me early on. No matter how hard I worked, it was never enough. I was always anxious that I wasn’t as far as I wanted to be. Over time, I just take every project as it comes while not taking my eye off my longterm goals. I am fortunate to be surrounded by a great network of friends, and I also really love what I do. I never take that for granted.

Please tell us more about your work.
This year I finally just started my own production company Three Leaf Films. This has been a long time coming really. My website was originally named Ryan Turner Productions because, at the time, I couldn’t figure out any creative name that resonated with me. On that website, I consolidated all of the work that I’ve directed through the years. I generally am drawn to comedy – whether it’s pure comedy or mixed with another genre like sci-fi. I love comedy and have both watched and performed a ton of improv and standup around LA. If you’re interested in my comedy style, I made a bio video awhile ago to show exactly who I am: (https://www.youtube.com/watch?v=xTRq62q4mIU).

Three Leaf Films is a name that has a special meaning for me. When most people think of luck, they think of a four-leaf clover. That’s a great sign of luck. To me, however, I’ve always believed in making your own luck. It’s not about being lucky, it’s about being everywhere. Maximizing your opportunity for success. Something as simple as a three-leaf clover could be just as lucky if you make it.

My company currently does everything from commercial productions to post-production to narrative filmmaking. I get most of my jobs through word of mouth and return clients. While Three Leaf Films is just getting started, I have big plans for the future.

Do you look back particularly fondly on any memories from childhood?
Oh man, there are so many choose from! Okay, I’ll go with this one. My family would get together at my Grandma and Grandpa’s house in the Bay Area for holidays. As dinner was getting made, the grownups would cook and visit while the kids (my brother, sister, two cousins, and I) would go off on our own. While we were together, we’d work to create some sort of play or performance that we’d show our parents when dinner was done. This was the best. I have no idea what those plays were about, but I do know that I loved doing them. Throughout the years we did everything from sock puppet shows to (very loose) adaptations of Shakespeare. We’d put so much effort into these shows, and our parents really seemed to love them. I really look back on those times fondly. 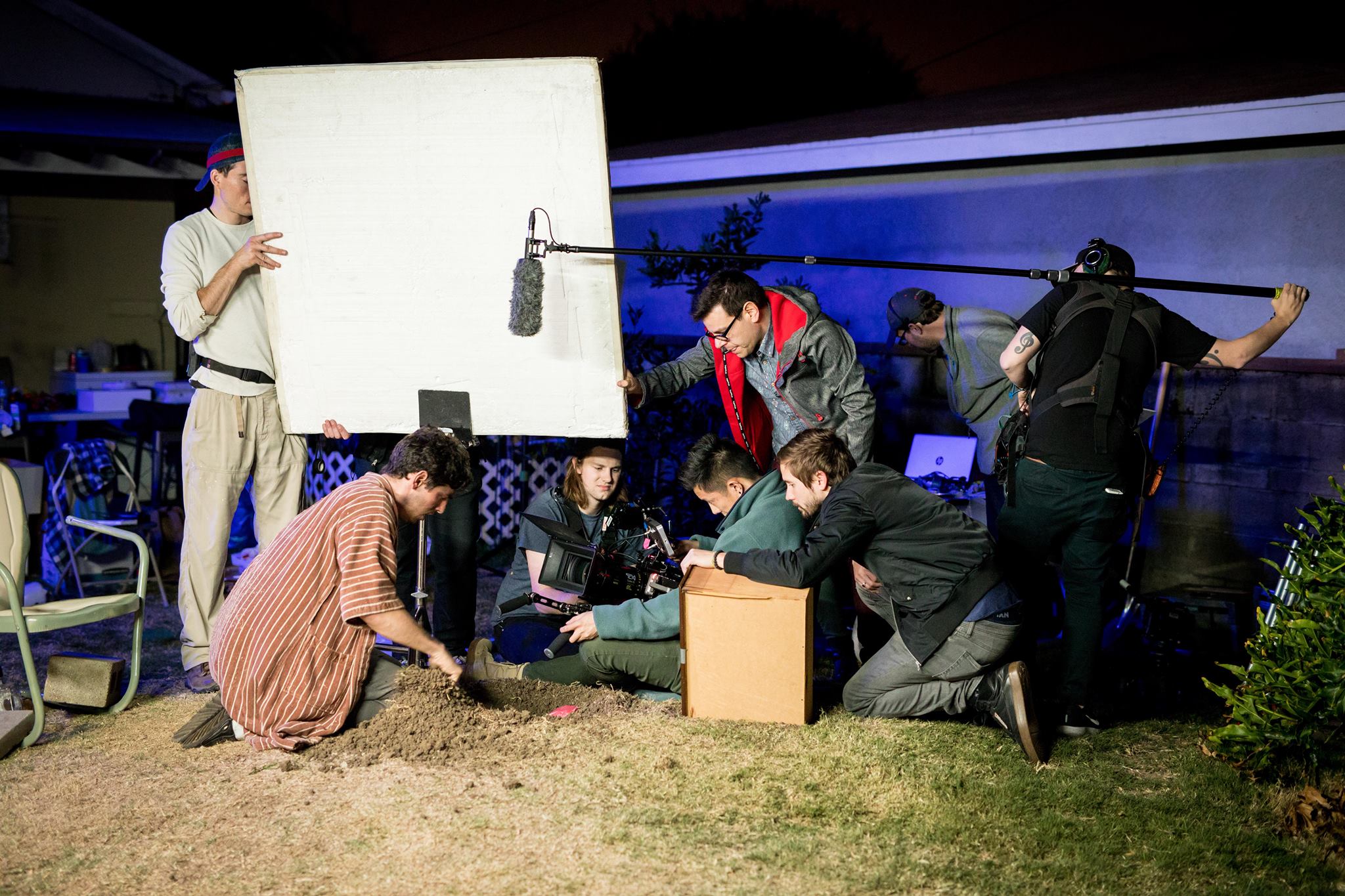 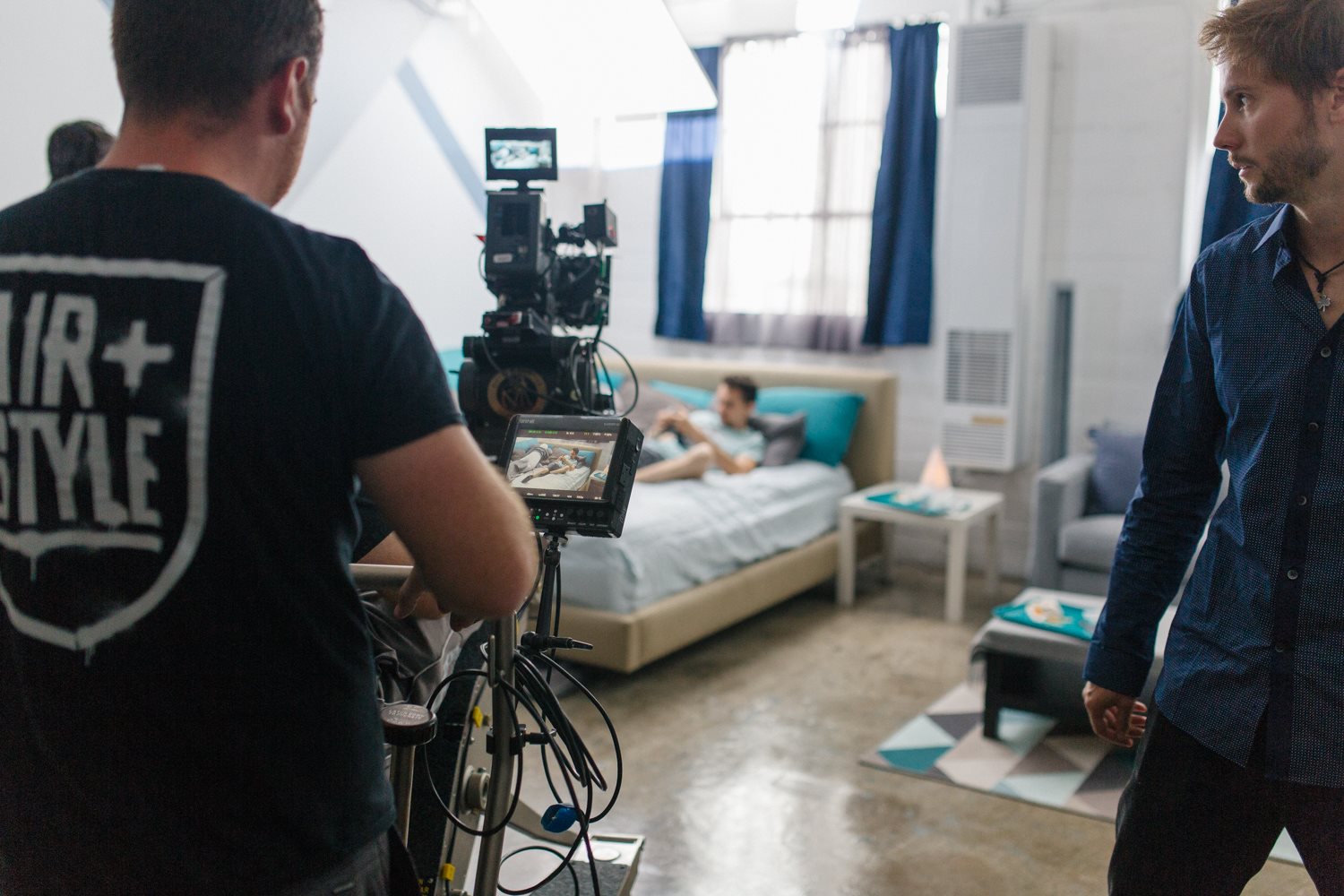 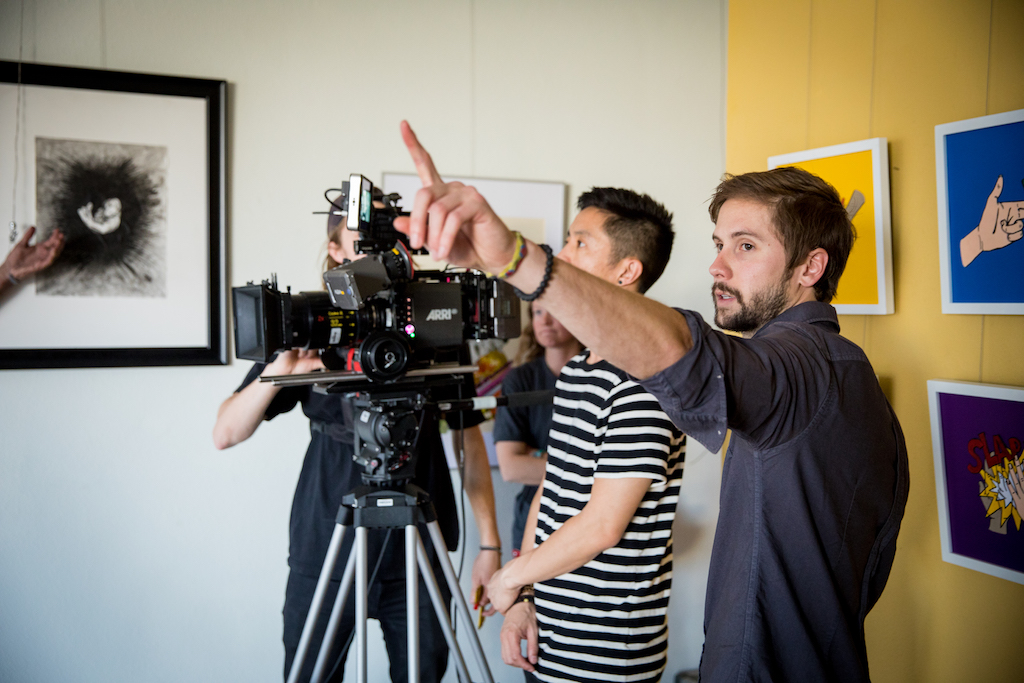 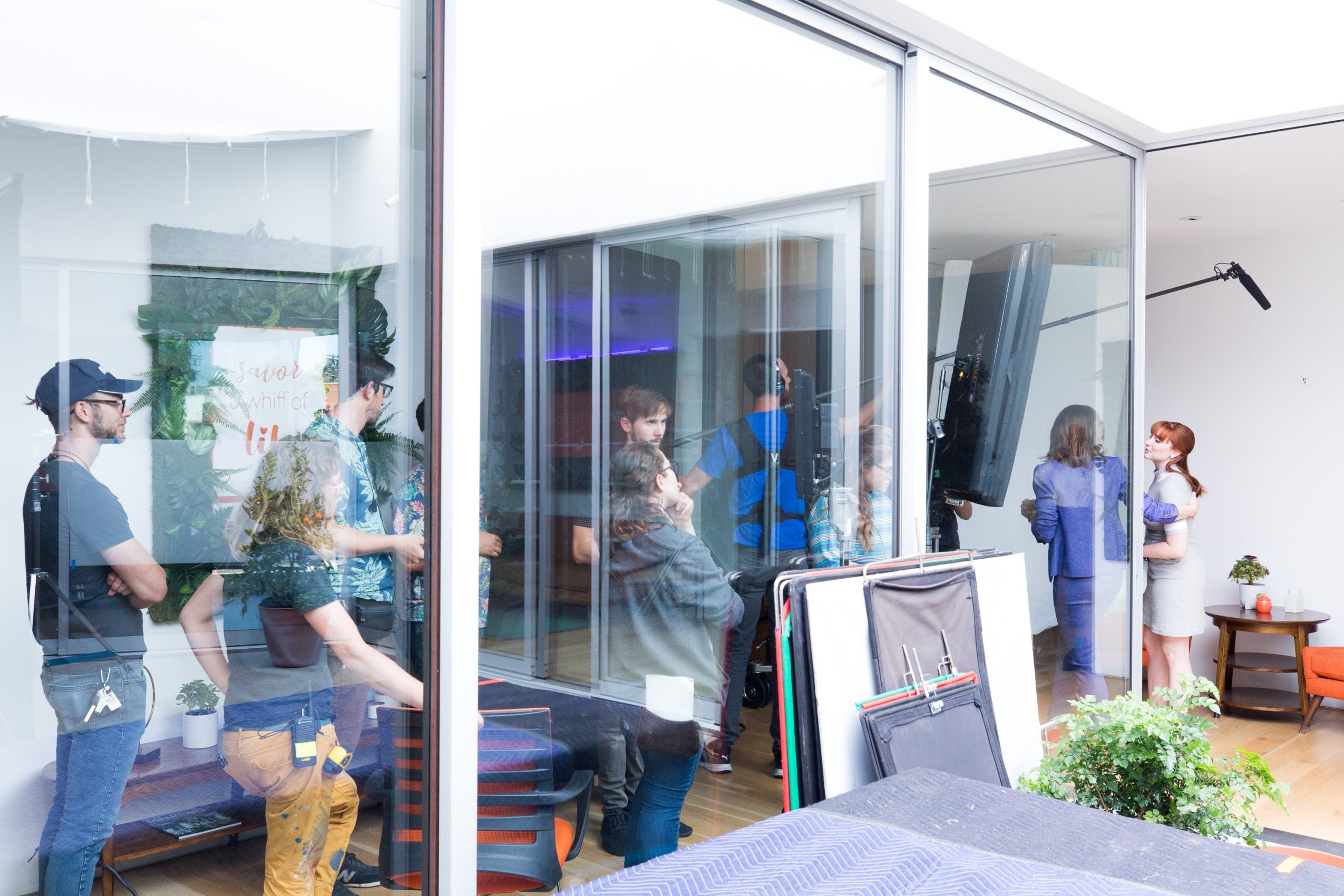