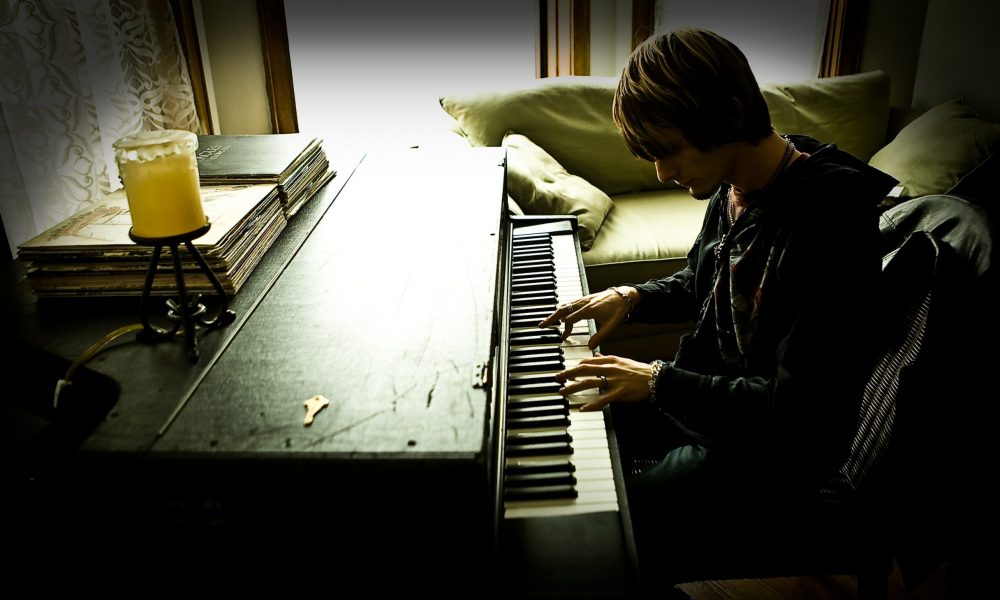 Today we’d like to introduce you to Ryan Richko.

Ryan, can you briefly walk us through your story – how you started and how you got to where you are today.
I studied music in Chicago where I grew up. I did a lot of session work as a guitarist and played in a few of my own bands. In October 2010, I decided that I wanted to move to Los Angeles to pursue new opportunities in music. In LA, I toured the U.S. with a really great band called “Drugstore Fanatics” for a bit. We got close to getting signed but it didn’t happen. I’ve been in quite a few bands that almost got signed and it never happened. So I became a bit frustrated and took a break from doing the band thing.

One day I saw an ad for an actor needed for a short film. For no reason, I decided to audition even though I feel like I’m a terrible actor. I guess I was just bored! I did the audition and didn’t make the cut. However, before leaving the room I asked “Hey! Do you guys need a composer for your film?” They replied “Yes!” And for whatever reason, they hired me without even listening to a sample of my music (which I had none). I had no experience as a film composer either at the time. I finished the film and this was the beginning of my soon to be a new career as a film and video game composer.

One thing I discovered when I moved to LA was yoga. I guess it’s impossible not to since yoga is everywhere around here. I never really knew much about it until I took my first class in Santa Monica. After one class I was hooked. Fast forward to today I am now a certified yoga instructor and I have a daily practice that I consider to be a huge part of my health and creativity. Yoga is also a huge part of how my career developed because I’ve met so many great people through my practice. My first paid and professional gig as a composer stemmed from yoga. I had finished a class and was getting ready to leave when the instructor came up to me and said “Hey, I hear you write music.

Would you be interested in scoring my yoga DVD?” I said yes and the yoga DVD ended up becoming the most popular yoga DVD of 2012. It is called “The Ultimate Yogi.” The instructor of the series is Travis Eliot. I now work with Travis on his new yoga platform called “Inner Dimension TV,” an online yoga streaming service. We just released a new soundtrack called “Meditation 101.” In 2012 I also scored a short film called “Slate,” which ended up winning a ton of awards in film festivals and my music also won an award for best score.

In 2013 I managed to get a job scoring two video games; Halfling Wars and Telepath Tactics. Halfling Wars actually got canned after awhile which really bummed me out since it was my first game. This made Telepath Tactics the first game I scored that actually got released to the public. It’s a neat little indie tactical RPG similar to Fire Emblem and Final Fantasy Tactics. I ended up winning a few awards for the music which was a nice surprise given my very little experience with games. However, I’ve been a gamer my entire life so I felt scoring video games came very naturally for me.

In 2016, I was nominated for a Hollywood Music in Media award for my score to the mobile game “Memory Match and Catch” with fellow nominees Hans Zimmer, Brian Tyler, and Jesper Kyd. I was blown away and never thought any of this could ever happen.

After scoring a few films and games that were well received, I thought “I suppose I’m doing something right….” So I decided to make composition my main gig. Currently, I’m working on three video games; Rupert and Riley, Plundercorps, and Tungsten Armored Outlaw. I’m also working on two feature films called “Underdog,” directed by Ritchie Greer (The Electrician, Lost and Found), and “The Legs of Infamy,” written by Martin Donovan (Apartment Zero, Death Becomes Her).

Since 2012 I haven’t really gigged much as a session musician due to switching over to composing for media. But recently I’ve been playing guitar for the LA-based Rock band “Kid Giant.” It’s been a lot of fun! I do miss the energy of being on stage from time to time. After playing a few shows with them I’ve decided to get back into doing session work for bands. So now I do both composition and touring.

Great, so let’s dig a little deeper into the story – has it been an easy path overall and if not, what were the challenges you’ve had to overcome?
It’s never smooth! Being an artist of any kind is always extremely challenging in many ways. For me, the biggest challenge is balancing personal life with business life. Being a composer usually means working 12 hours a day (15 or more when deadlines loom near). It’s really hard to find time to spend with friends, family, and loved ones. My yoga practice keeps my physical and mental health in check, but when I get extremely busy I can barely keep up with it. I do my best and I’m still learning!

Please tell us about Ryan Richko Music.
I specialize in creating exclusive music for film, video games, television, and anything media related. I’d say I’m known for having the ability to create strong melody and arrangements. I want music to make people feel something, to inspire. What makes a great score to me is if I walk out of a movie theater humming the melody. I want to create something memorable. Every time I work on a new project I do my best to make that project unique in its own way.

This is important for branding. If somebody hires me and asks me to do something that sounds like another artist, I won’t do it. That’s not how you move forward. That’s not art. That’s playing it safe. The best developers hire me because they know I have their best interest in mind and they want my sound. If somebody is interested in me because they are looking for the best deal financially, I won’t do the project. That’s a recipe for failure.

As a seasoned guitarist, I can help support bands with touring, recording, and arranging. I’ve also recently started to offer mixing engineering services for artists. I just finished mixing my first EP by a band called “Speed Of Light.” They are a really awesome heavy rock band from LA. The EP will be coming out soon.

Do you look back particularly fondly on any memories from childhood?
I have two. Spending time at my grandfather’s farm in Wisconsin. It was very peaceful and relaxing. The white water rafting was amazing as well. My other favorite memory is playing any Final Fantasy game. Those games were very inspiring and the music has no equal! 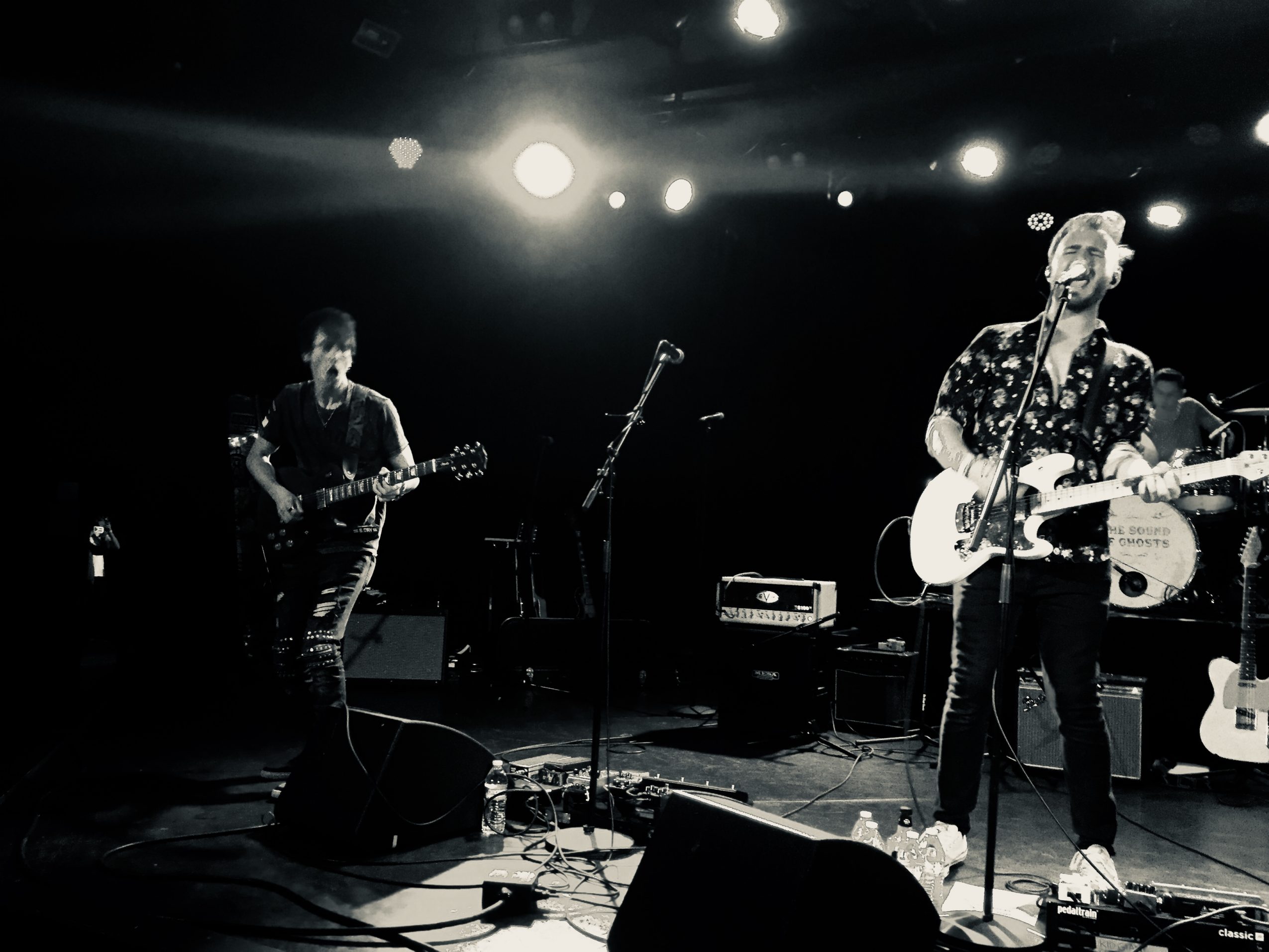 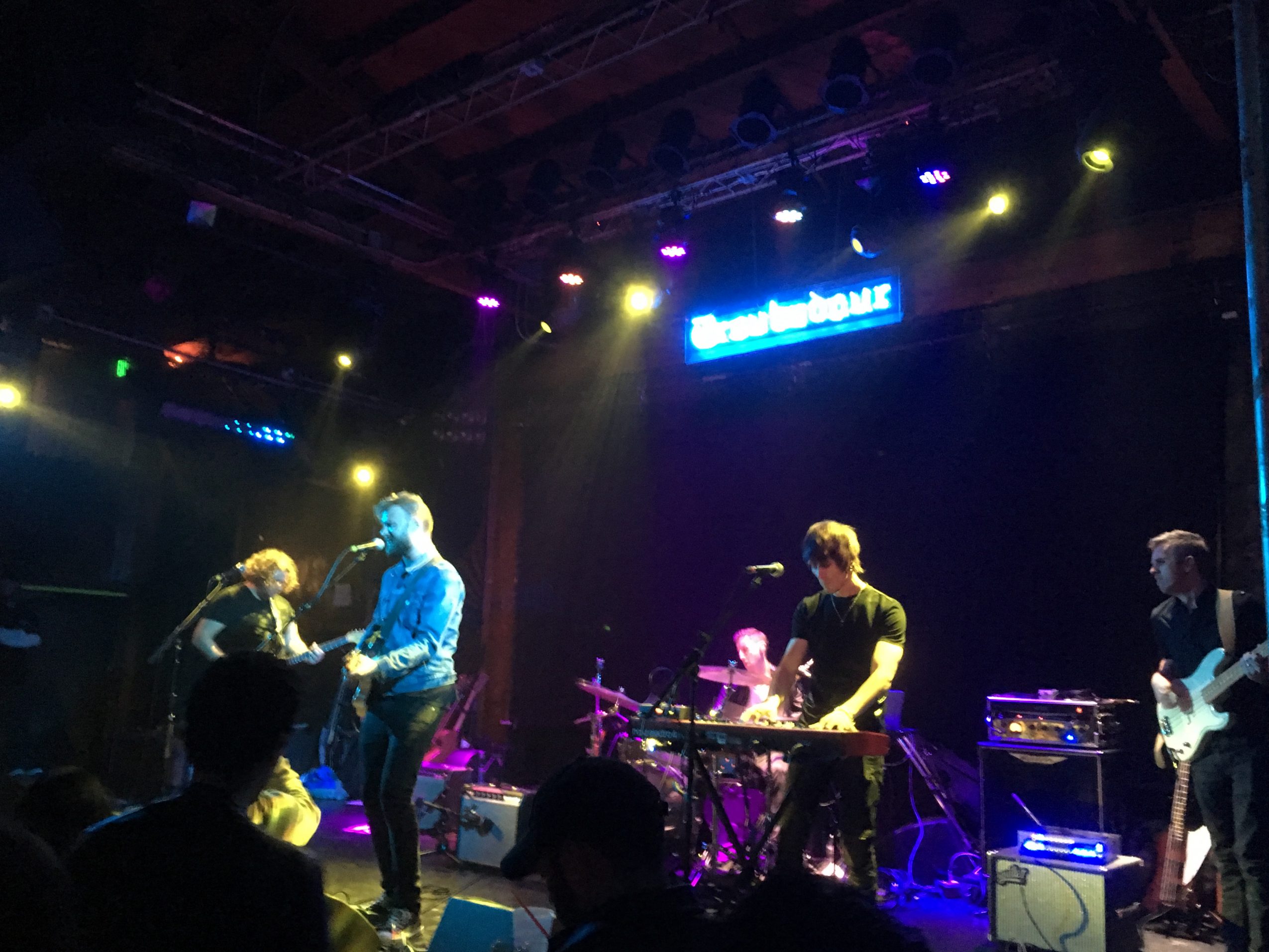 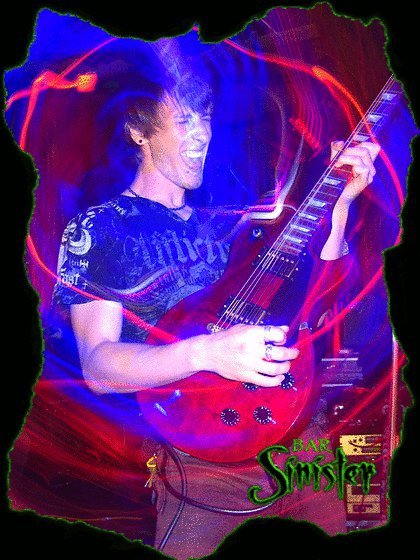 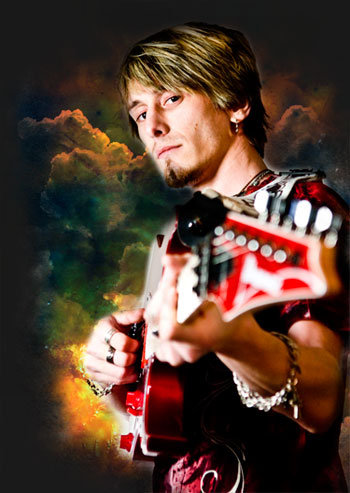 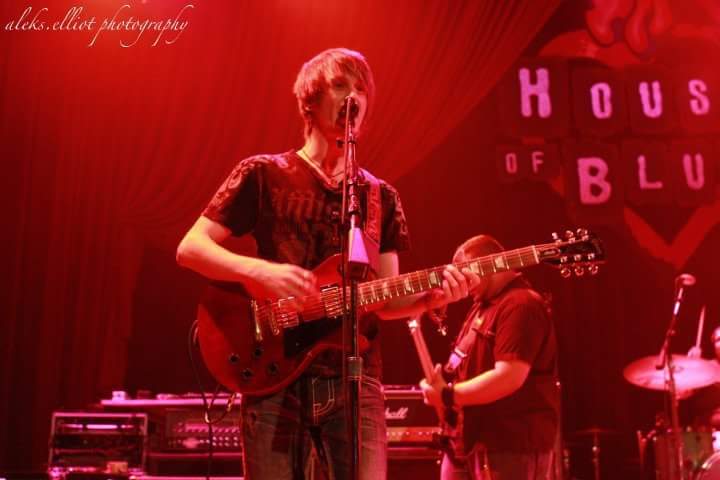 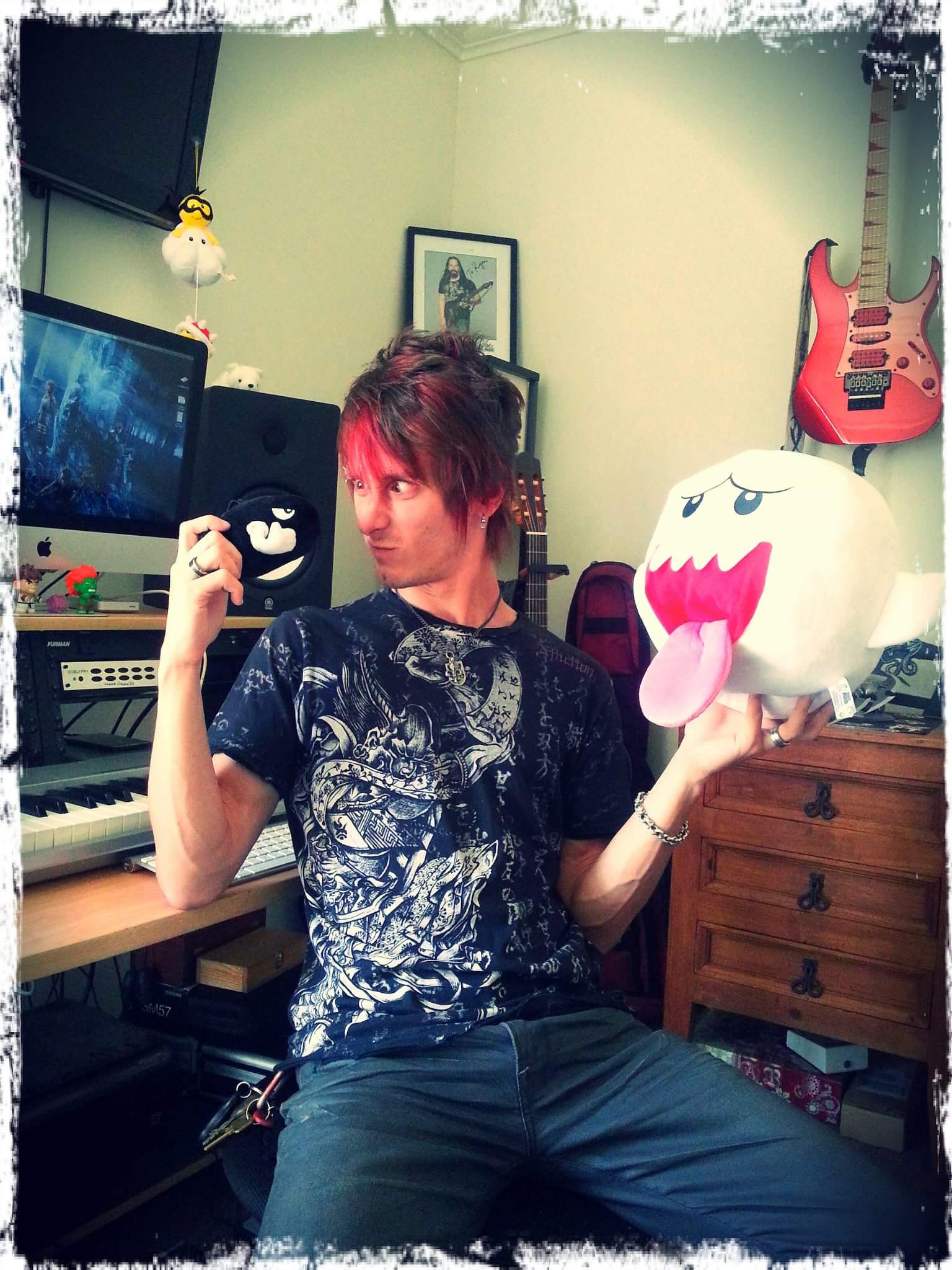 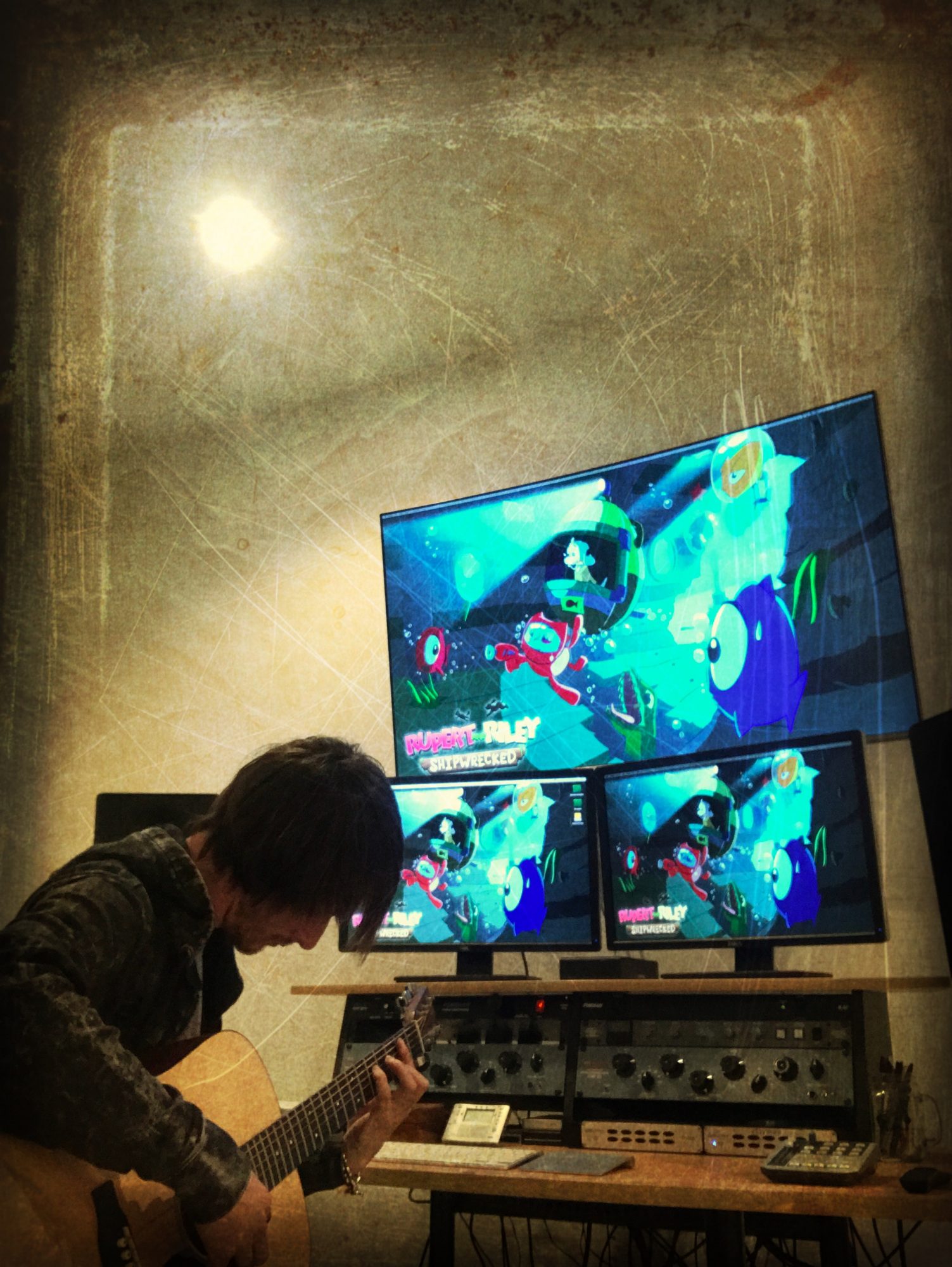 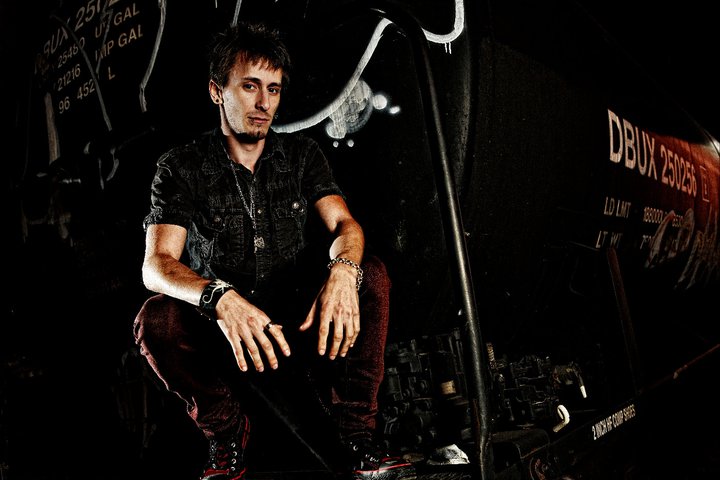